We just got back from a week of hiking near Gold Beach, Oregon and Crescent City, California. This was the second year in a row that we spent part of our May vacation in Gold Beach due to our original plan of visiting the SE Oregon desert being derailed by the chance of rain. Over 7 days we visited 17 trailheads (1 twice) and had plenty of adventures, some good, some not so much.

We headed down to Gold Beach on Saturday morning planning on stopping at four trailheads along the way. All four were located on or near NF-33 (Powers South Road) between Powers and Agness. Our first stop was the Elk Creek Falls & Big Tree Park trailhead located at a pullout along NF-33 between mileposts 57 & 58. 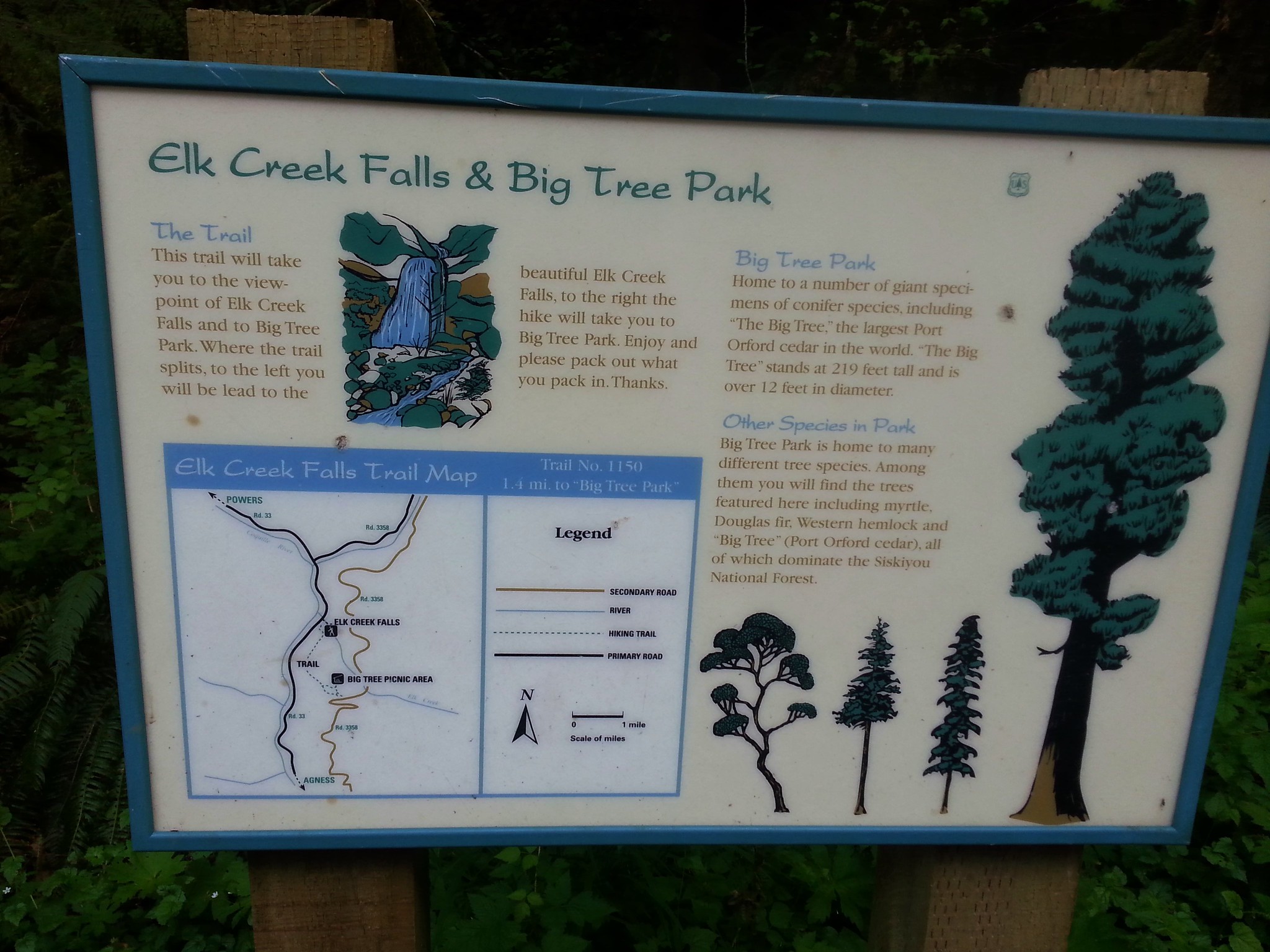 The pullout was next to Elk Creek. 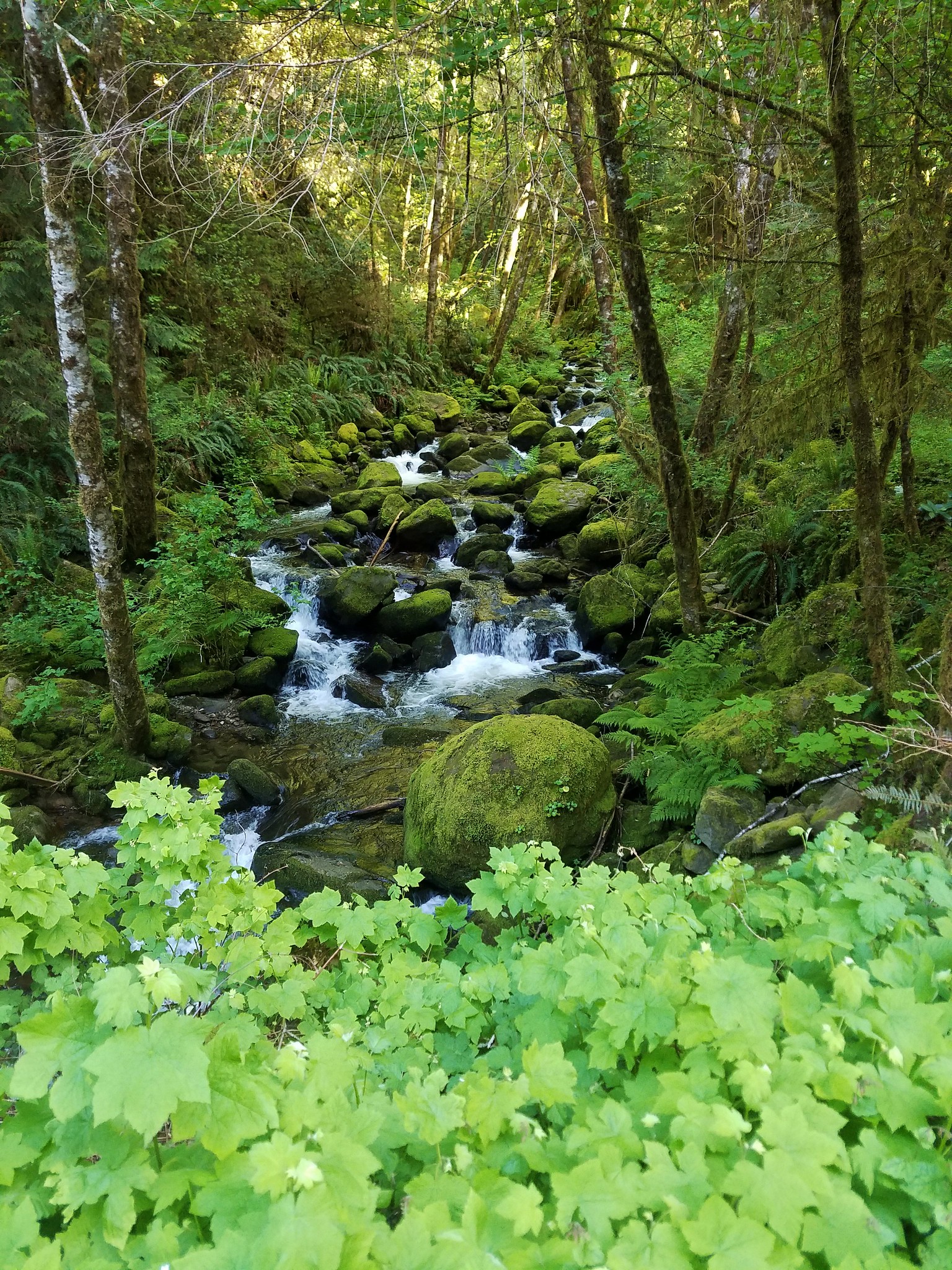 The trail quickly split with the left fork arriving at the impressive Elk Creek Falls in just a tenth of a mile. 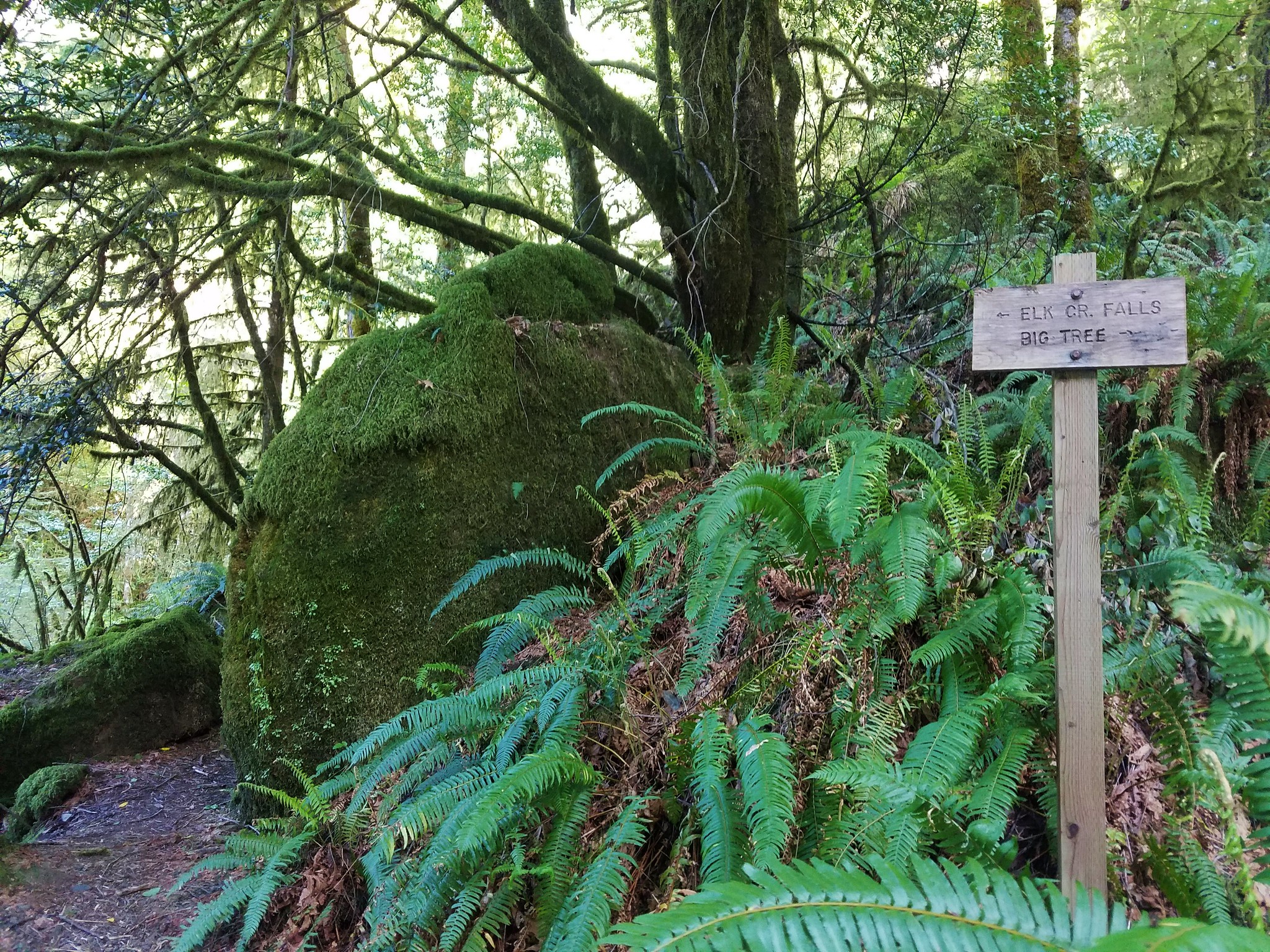 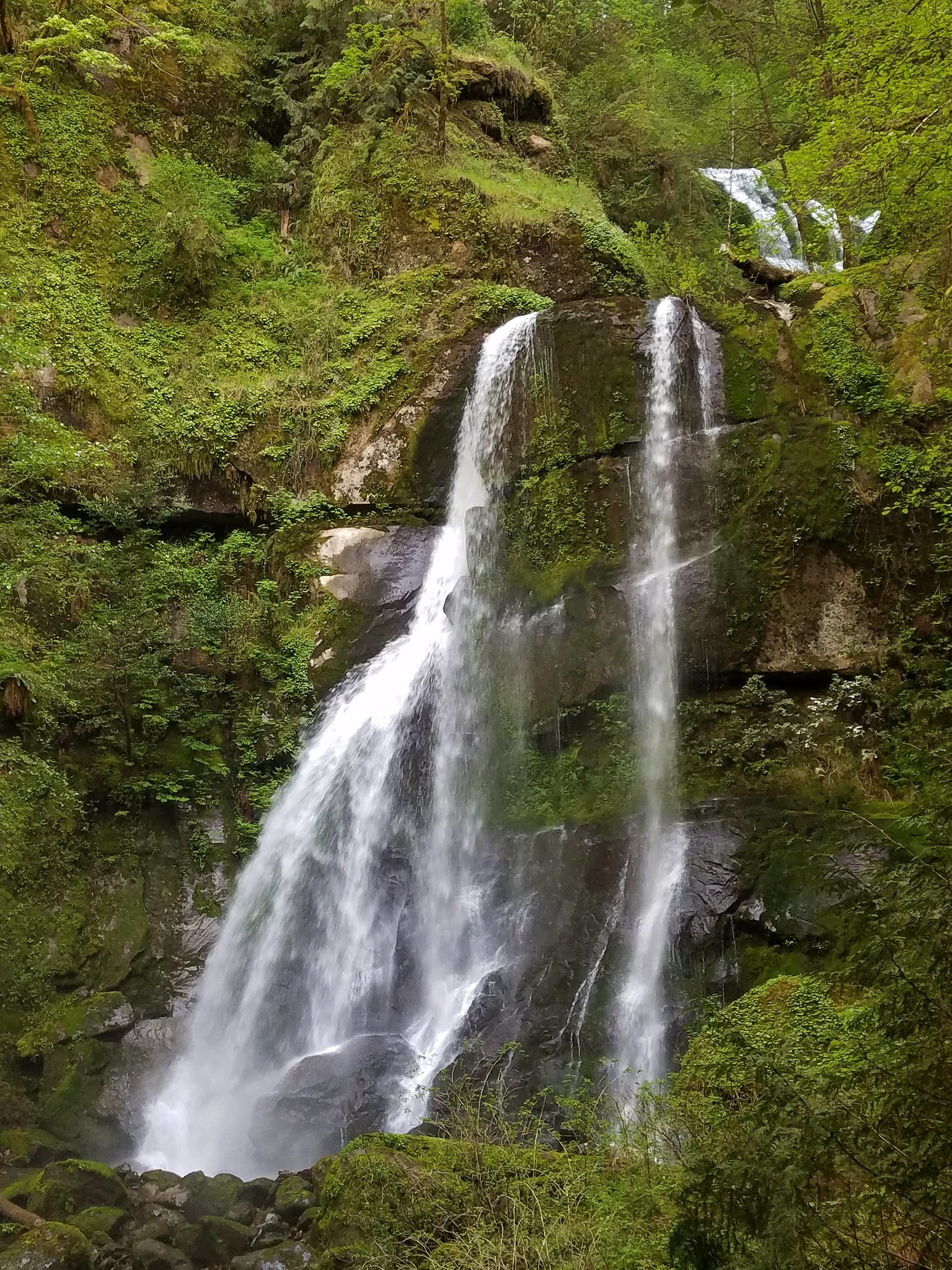 After visiting the falls we returned to the fork and headed uphill on the Big Tree Trail. Due to a camera issue which will be explained a little later we have no pictures from the 1.2 mile trail to a huge Port Orford cedar tree measuring 239′ tall and 12′ thick. A few other large trees were near this behemoth including another Port Orford cedar and a Douglas Fir.

After admiring these huge trees we returned down the trail to our car and continued south on NF-33 another 4.9 miles to the China Hat Recreation area. We were planning on hiking the Barkow Mountain Trail into the Copper-Salmon Wilderness which would give us one more check mark on our Oregon Wilderness areas visited list. Unfortunately winter storm damage had closed Road 3353 just 3 miles into an 11 mile drive to the trailhead. We would have to save this wilderness for another trip as the only other possible trailhead needed to be accessed from the west near Port Orford.

We drove back to NF-33 and headed south another 5.2 miles and turned left onto Rd 3348. A mile and half on this steep windy one lane road brought us to the Coquille Falls Trailhead. 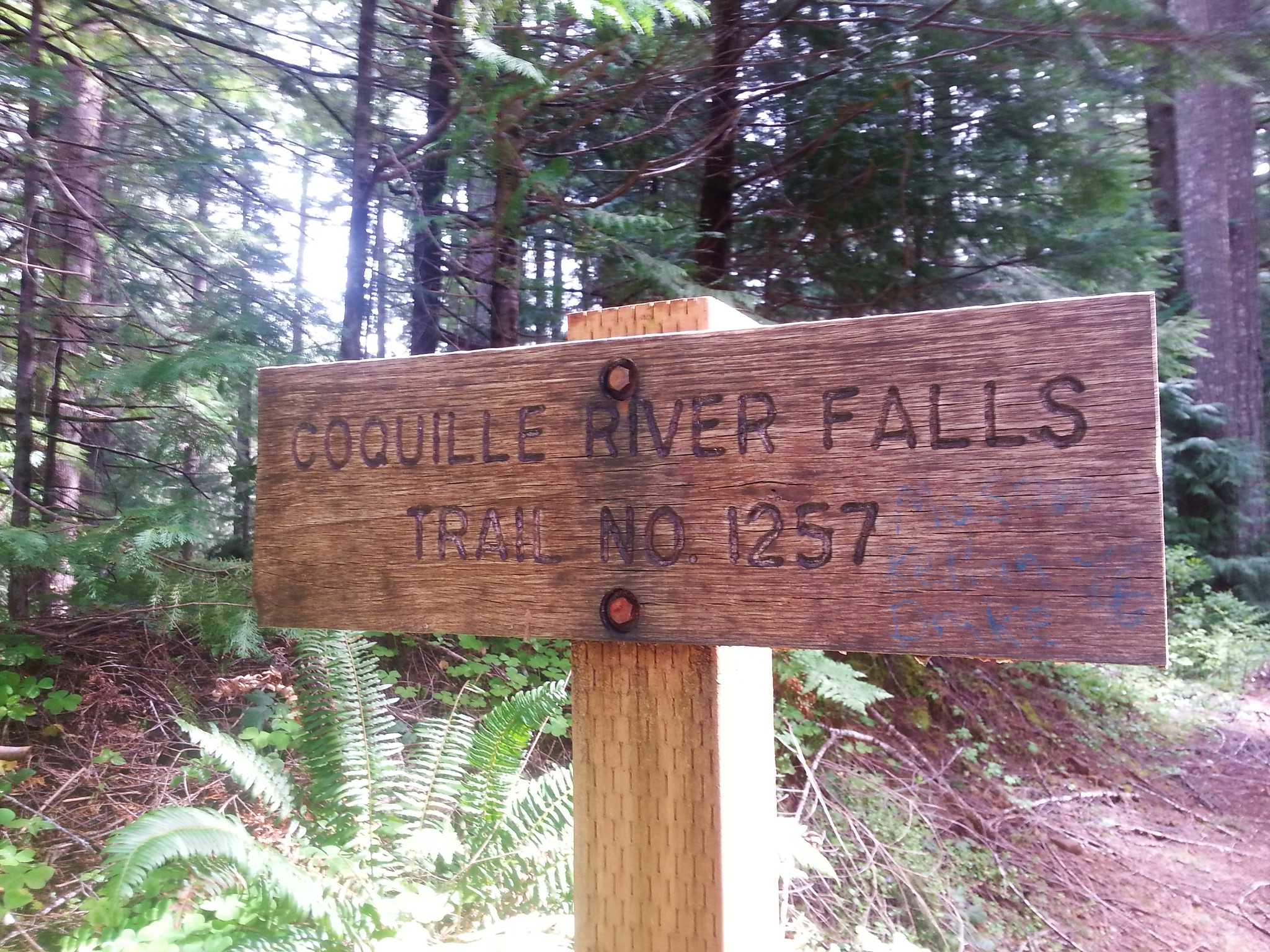 A half mile trail descends to a very scenic fall on the Coquille River. 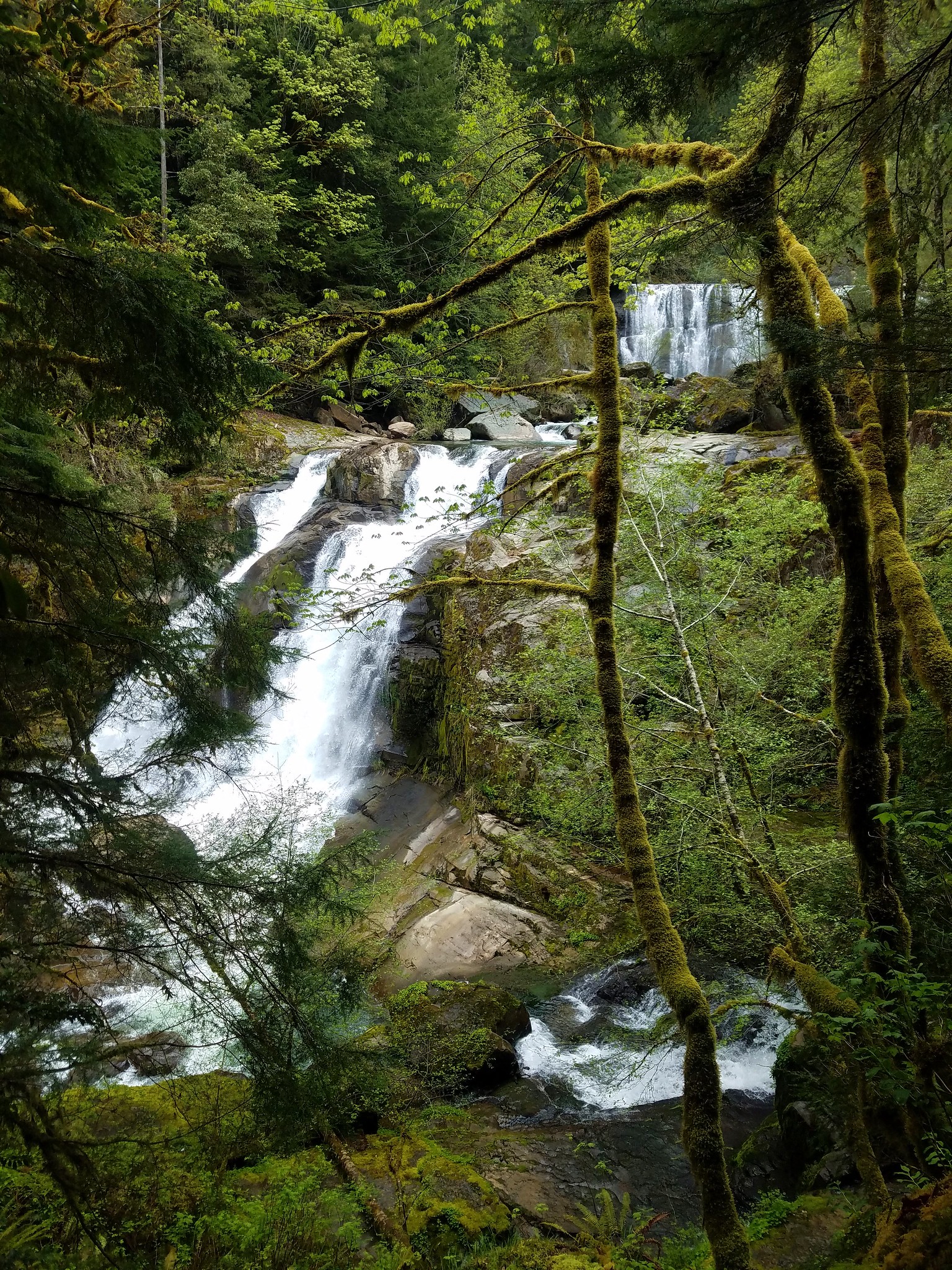 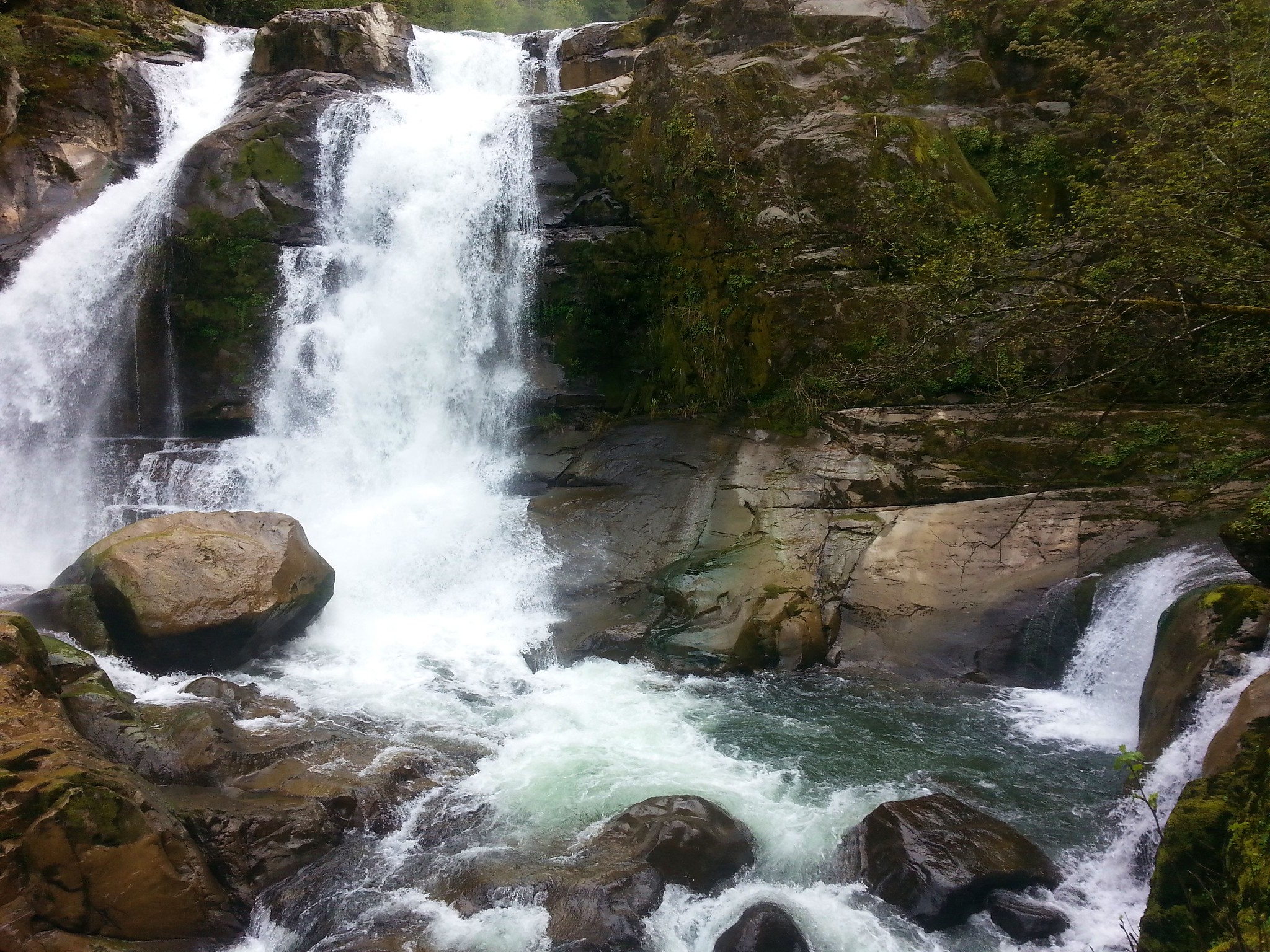 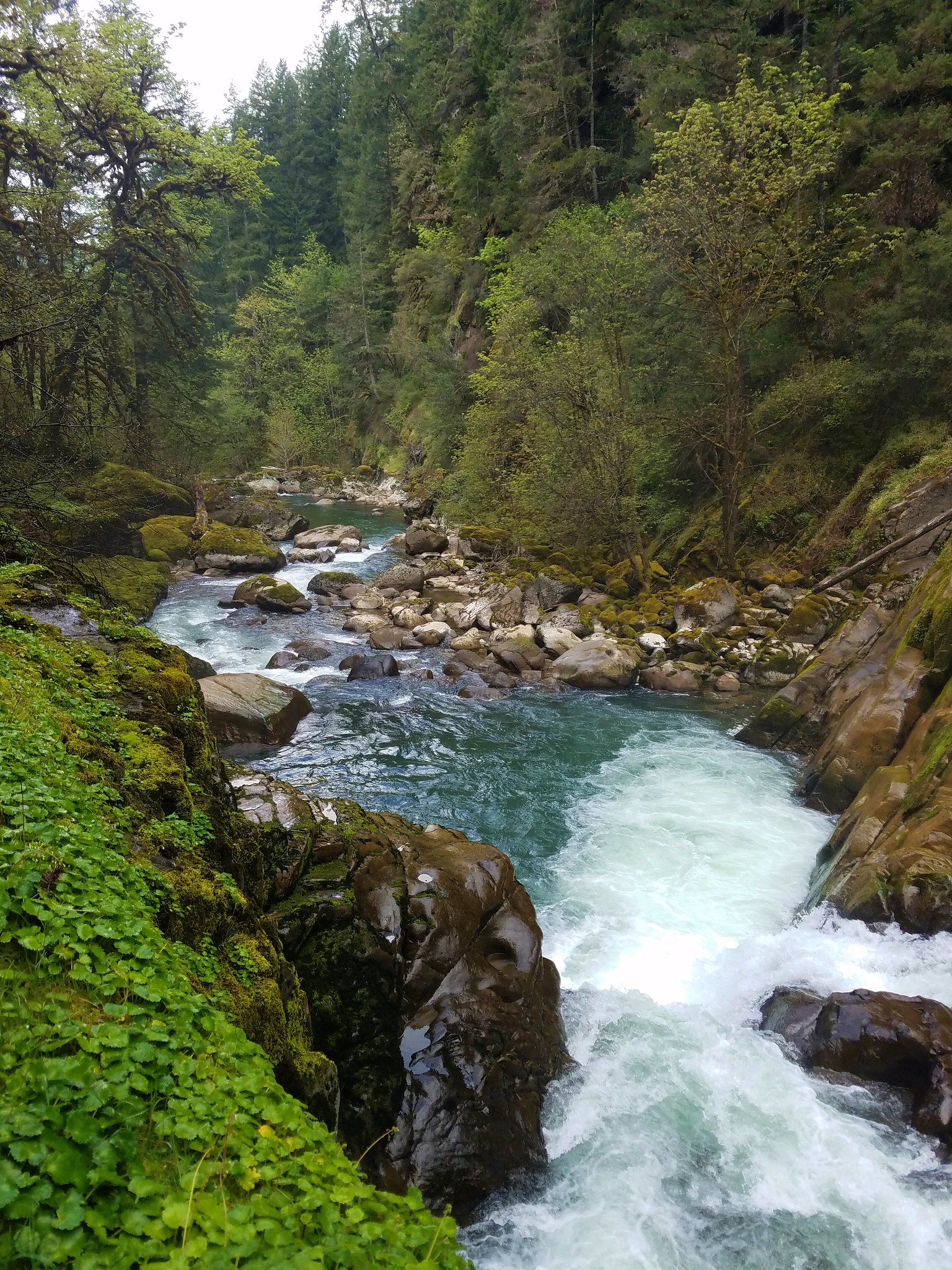 The camera issue occurred while admiring the falls. As I was taking pictures I shifted my weight and slipped on the wet rocks. As I was falling into the mud the camera flew out of my hand (I hadn’t used the wrist strap) and I heard it hit the ground. I recovered just in time to watch it plummet over the side of the cliff and disappear into the river below. 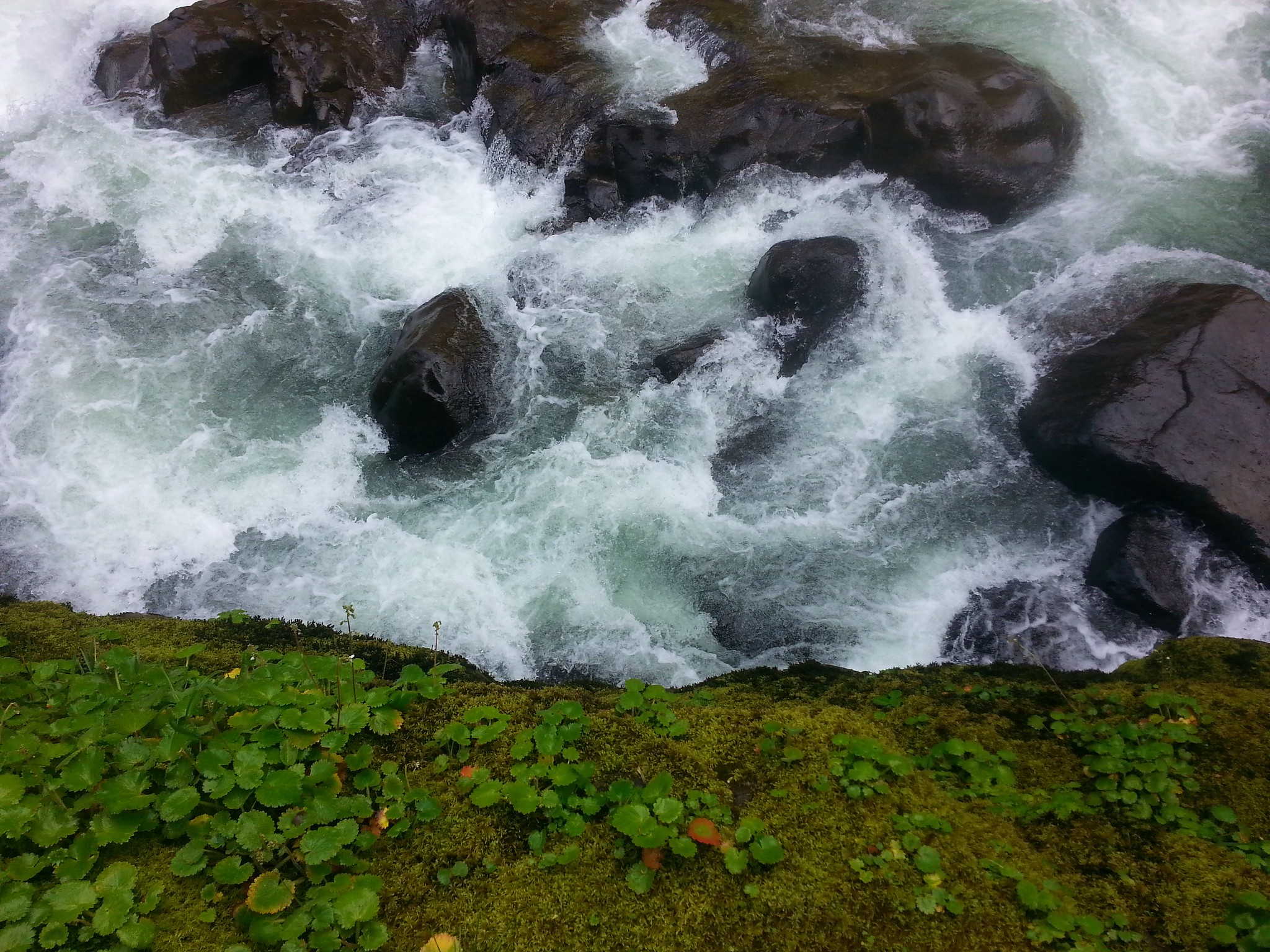 It was an awful feeling, the first day of vacation and the camera was gone. We typically bring out old Sony Cybershot as a backup but hadn’t done so this time. At least I wasn’t hurt but we were left wondering what we were going to do for pictures during the trip. We thought about ordering another camera from Amazon and having it overnighted to the motel but it was the weekend so it would still be several days. There weren’t really any options in town camera shopping so we decided we’d just use our phones for better or worse and get a new camera after vacation.

The loss of the camera is the reason for not having any pictures from the Big Tree Trail. The photos of Elk Creek Falls were taken the next day since we were in the same area and it was such a short hike to the falls.

A bit deflated we returned to the car and headed for our final stop – the Azalea Lake Trailhead.

A quarter mile south of Road 3348 we turned right onto Road 3347 for a mile to the trailhead. 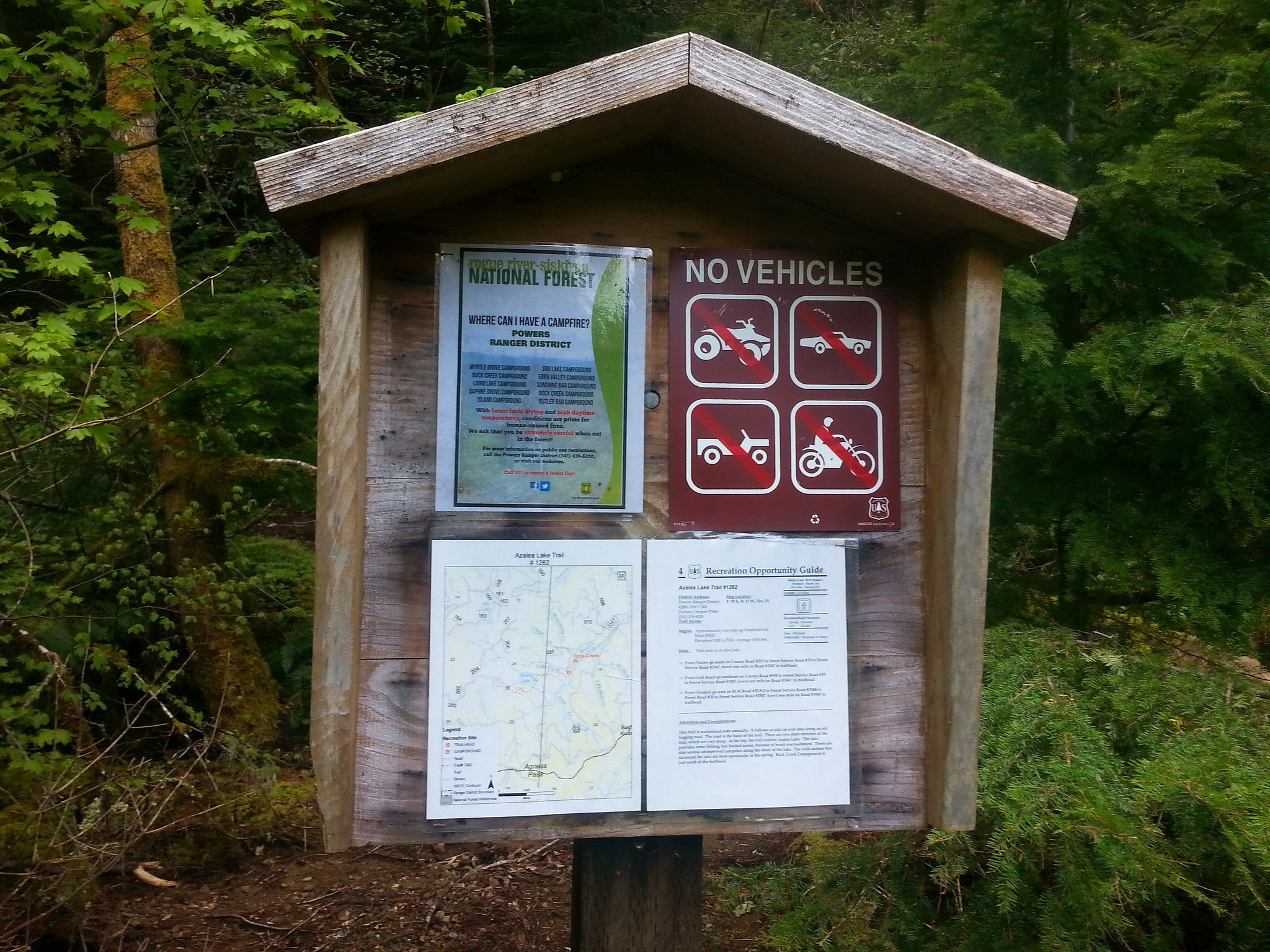 An old road led uphill to the start of a loop around the lake. 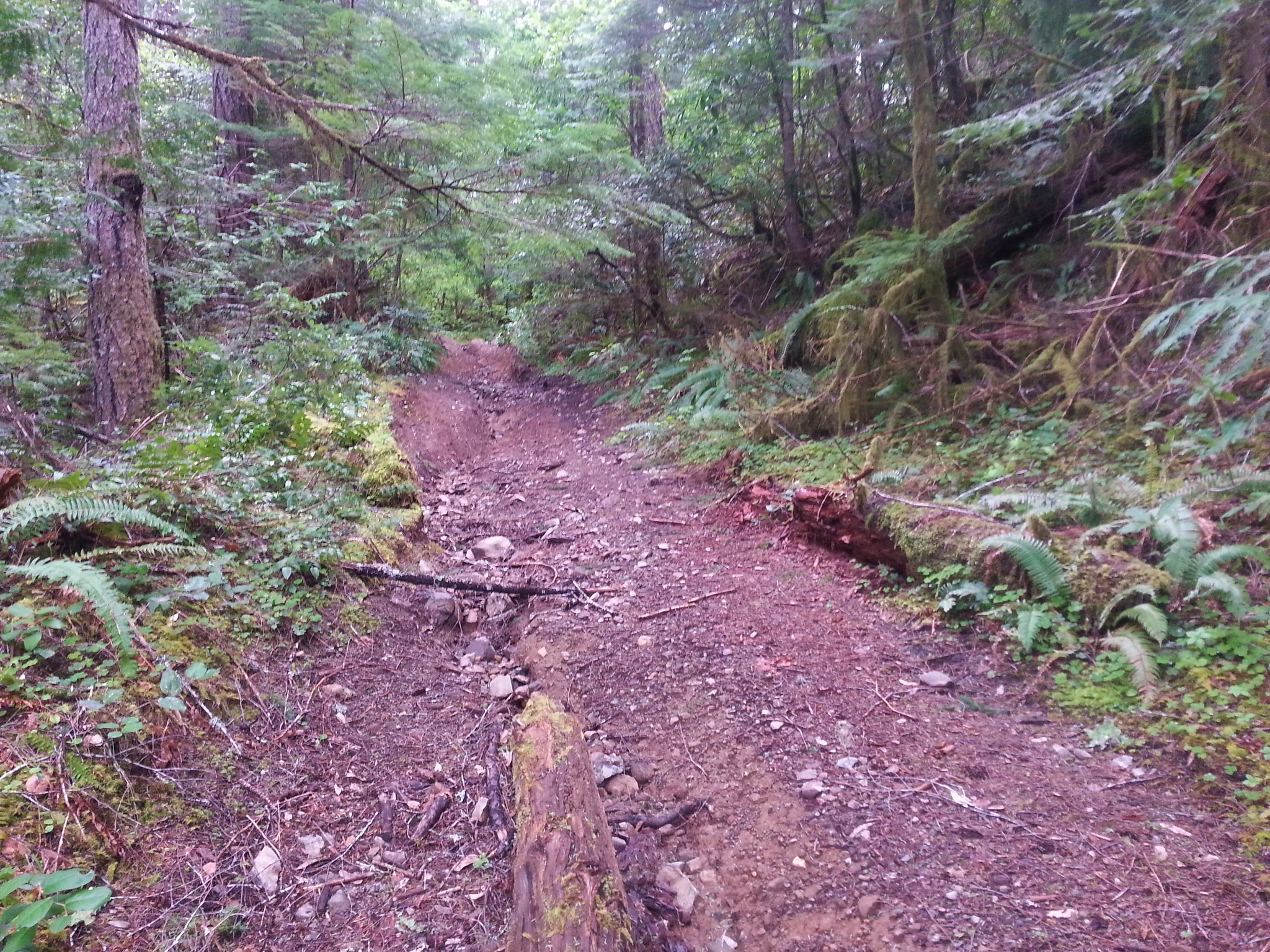 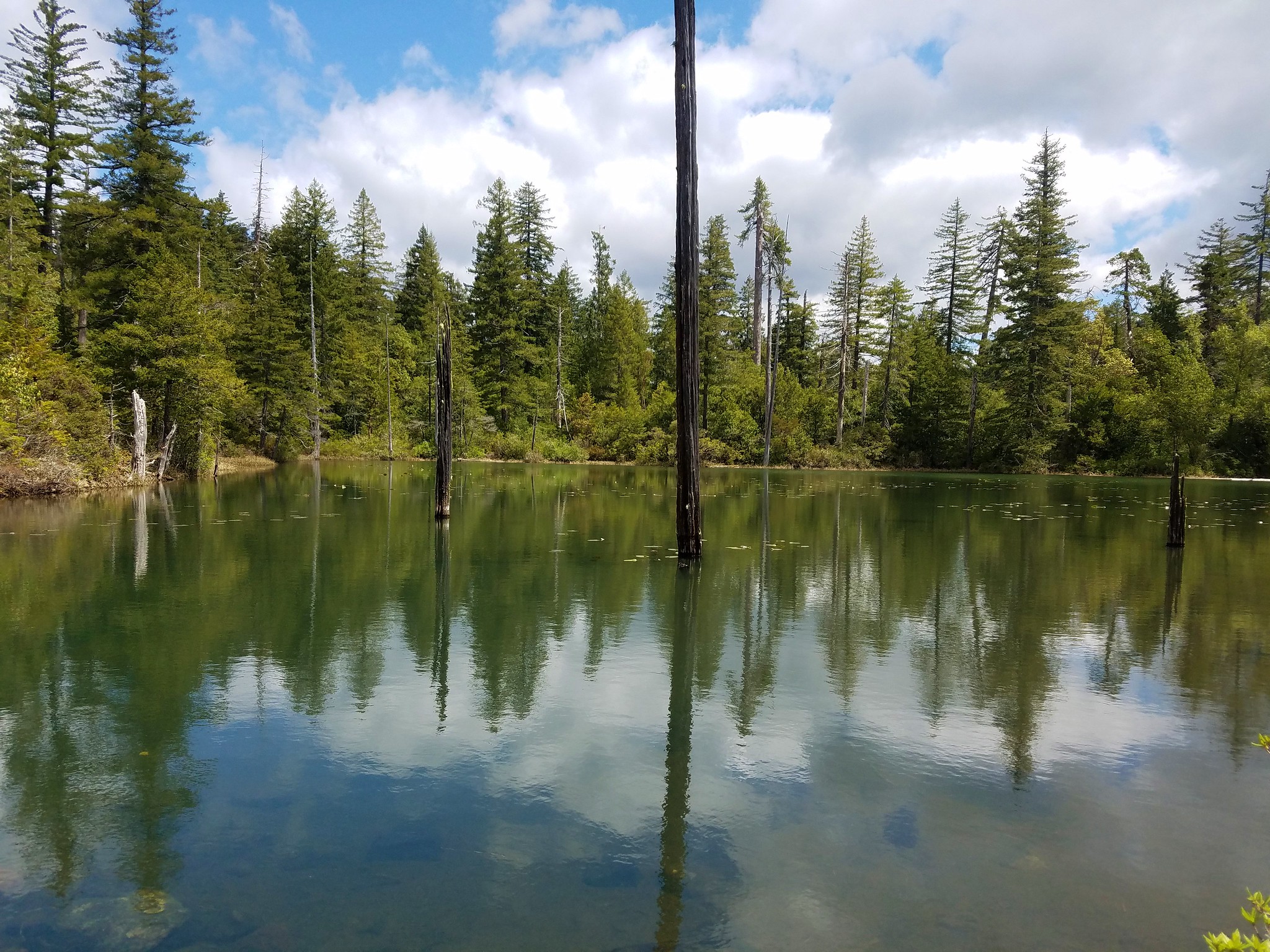 The lake is named for the Azaleas that bloom around it but we were too early for those by a week or two. We settled for a decent display of fawn lilies. 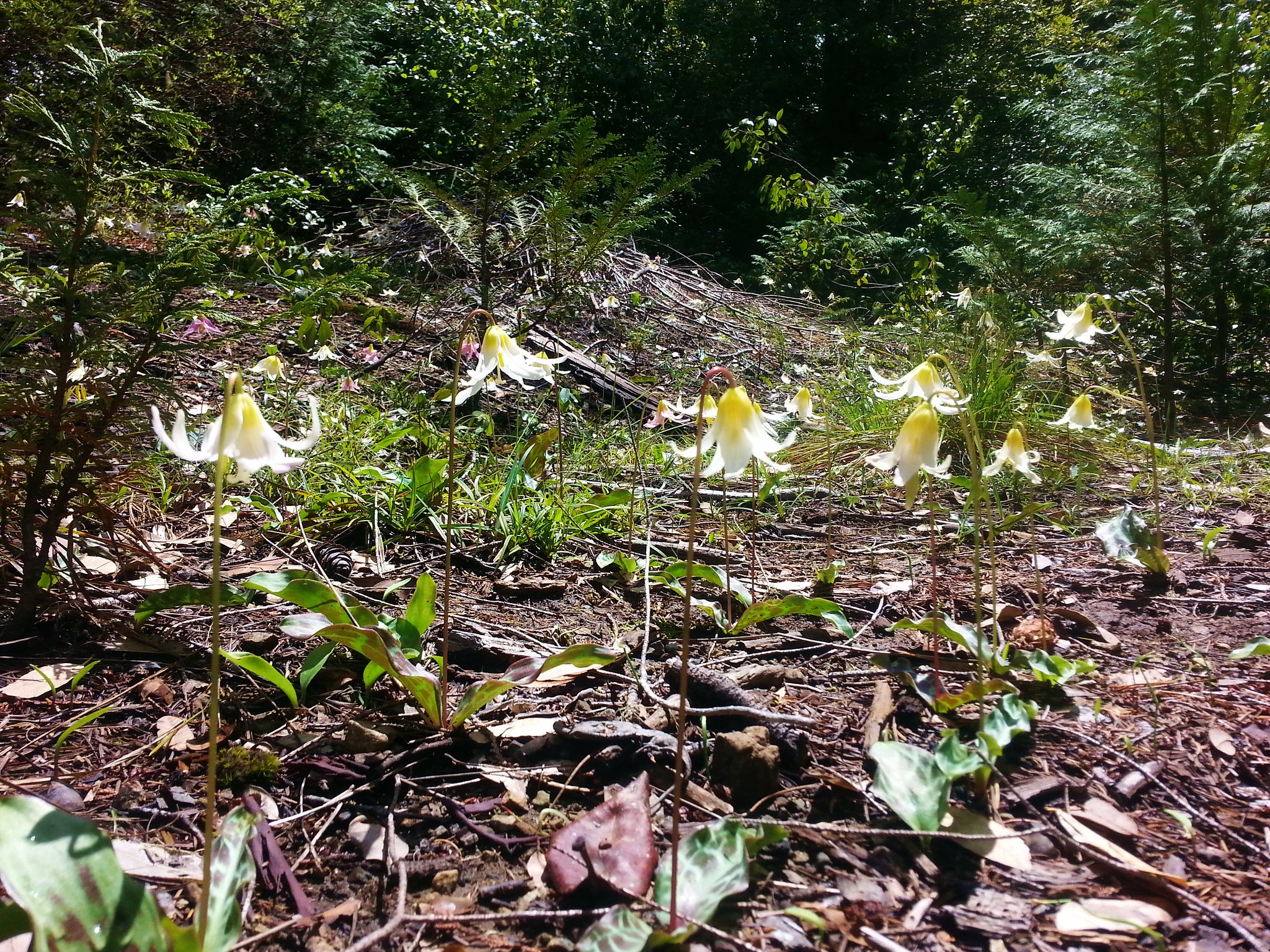 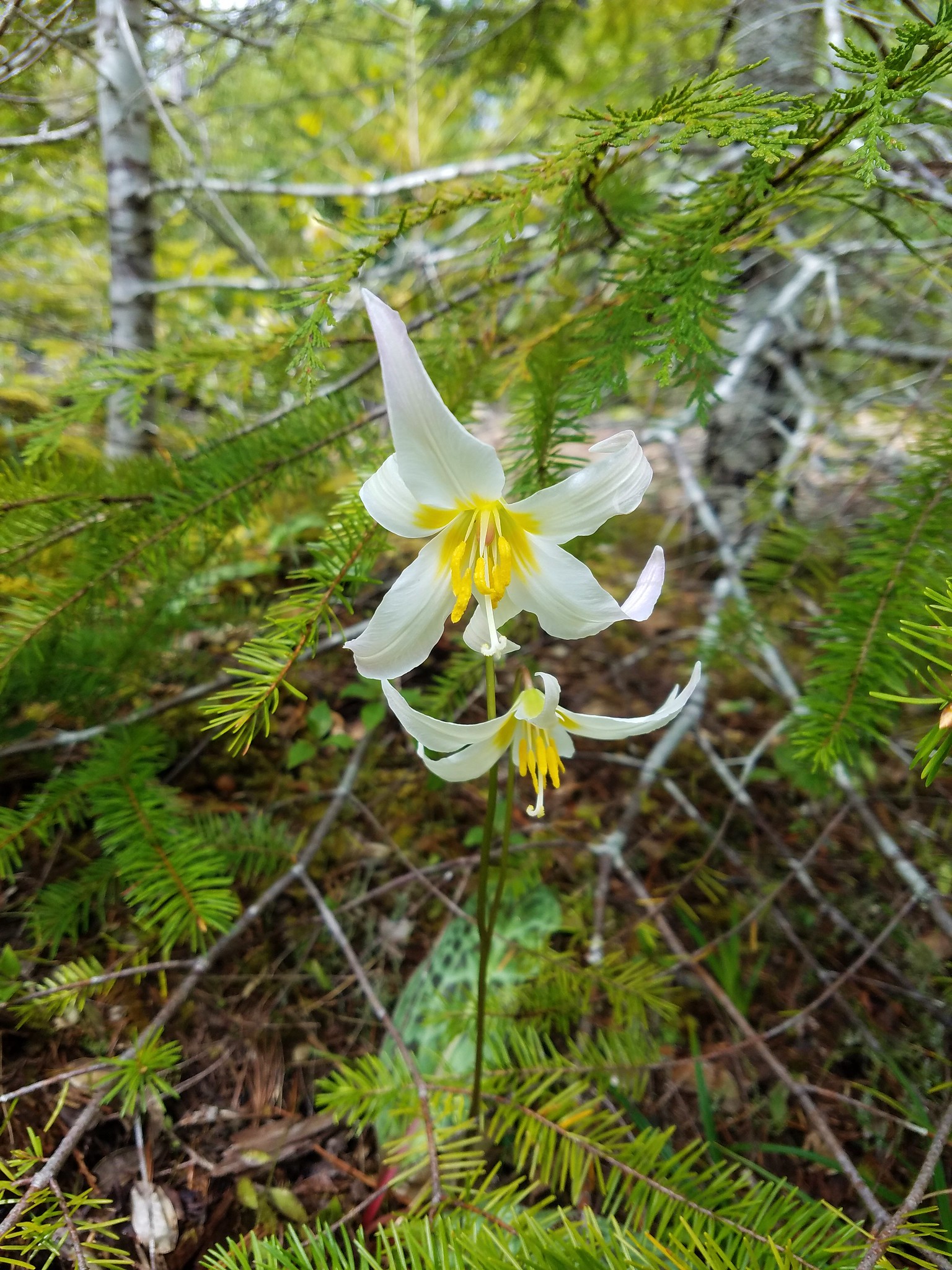 There was also a lot of wildlife, albeit small, along this 2 mile trail. 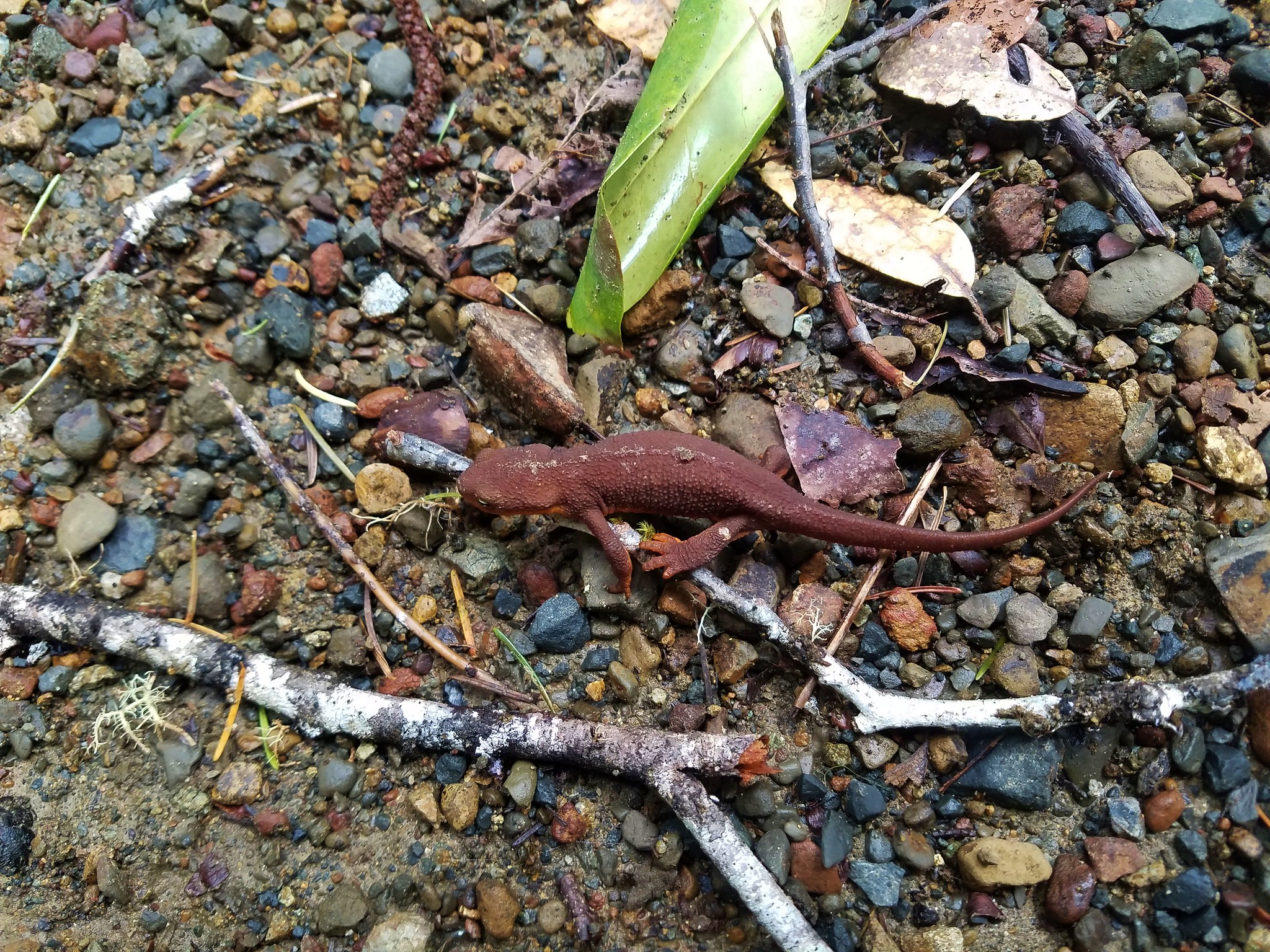 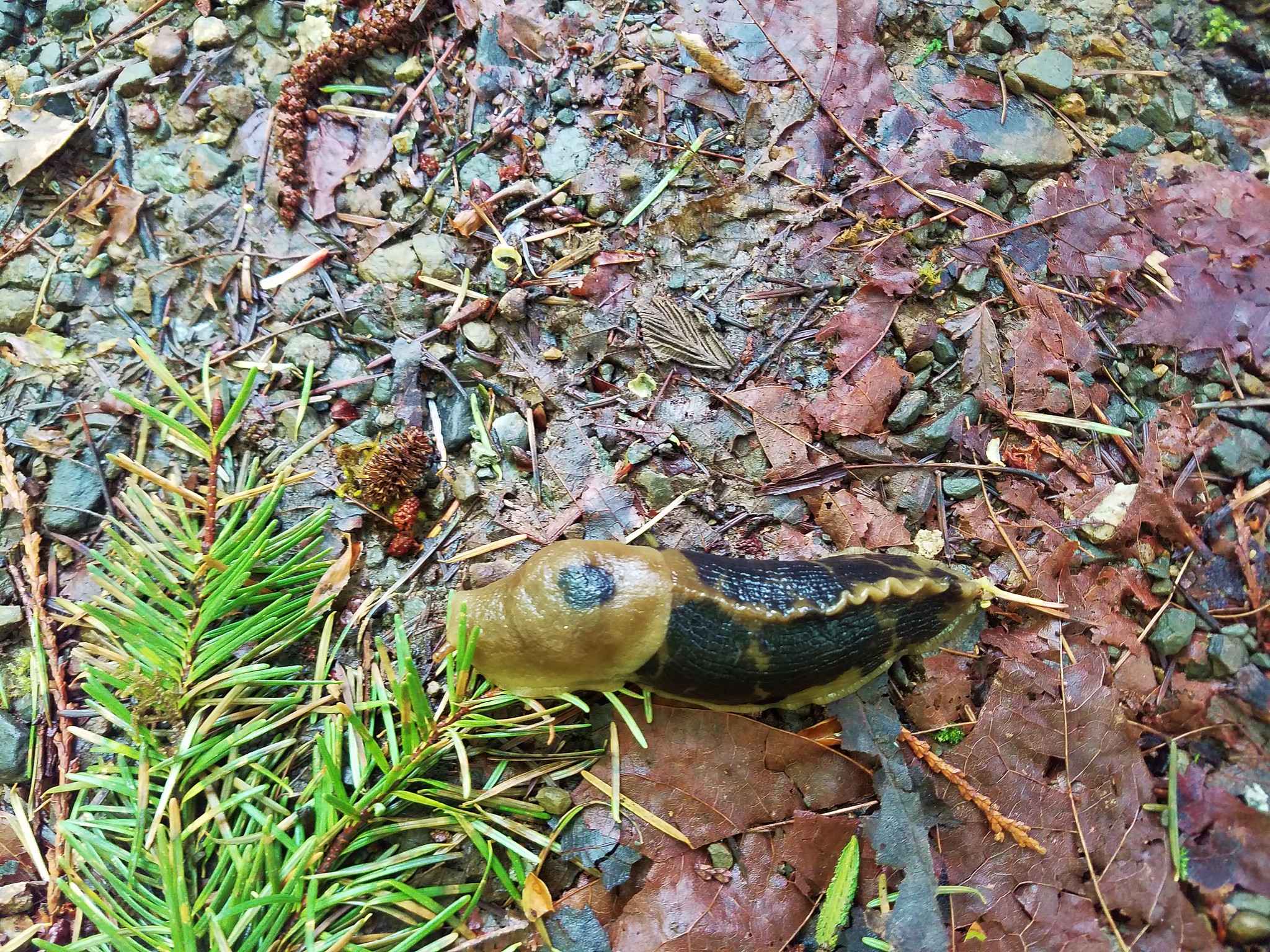 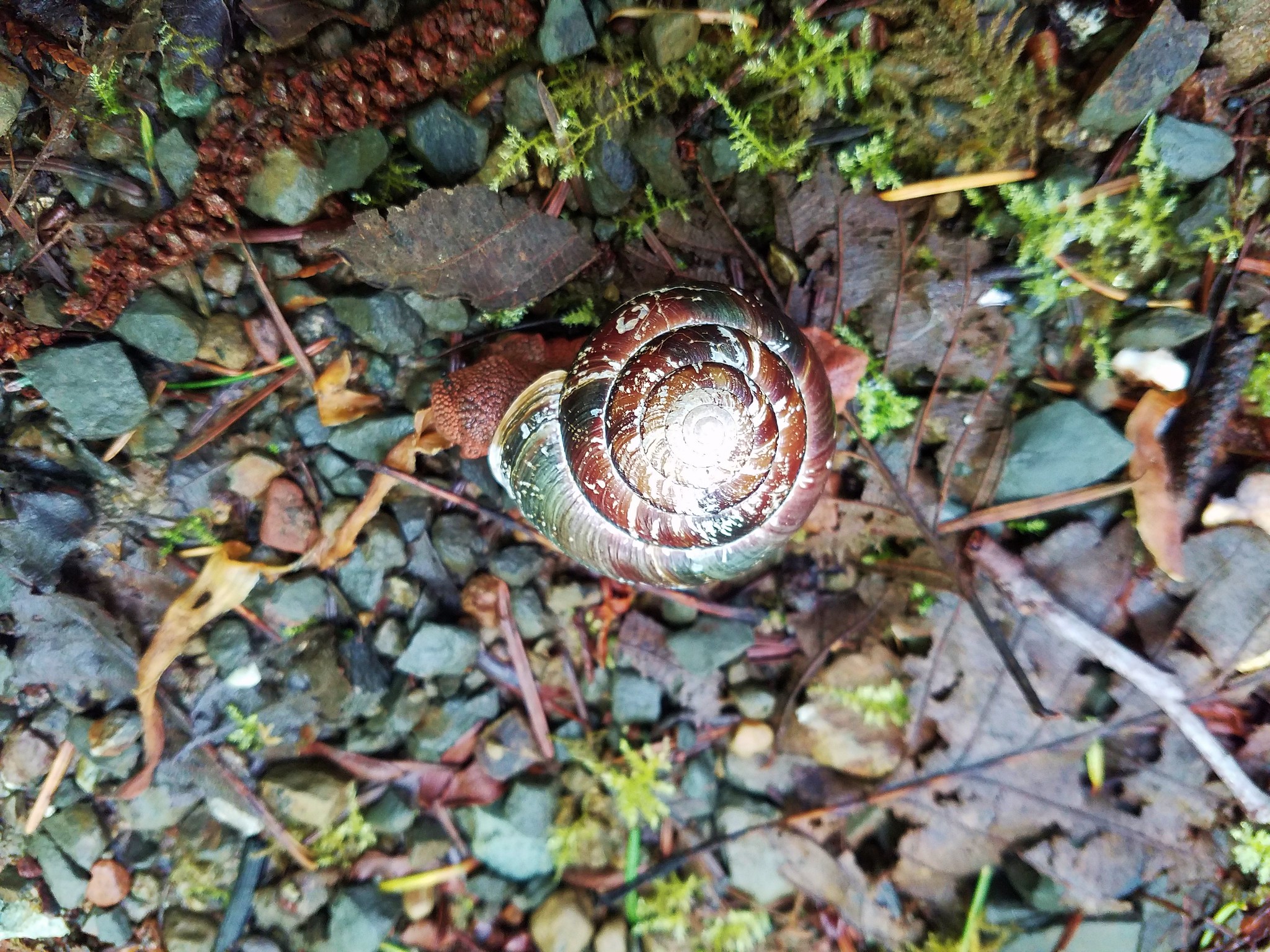 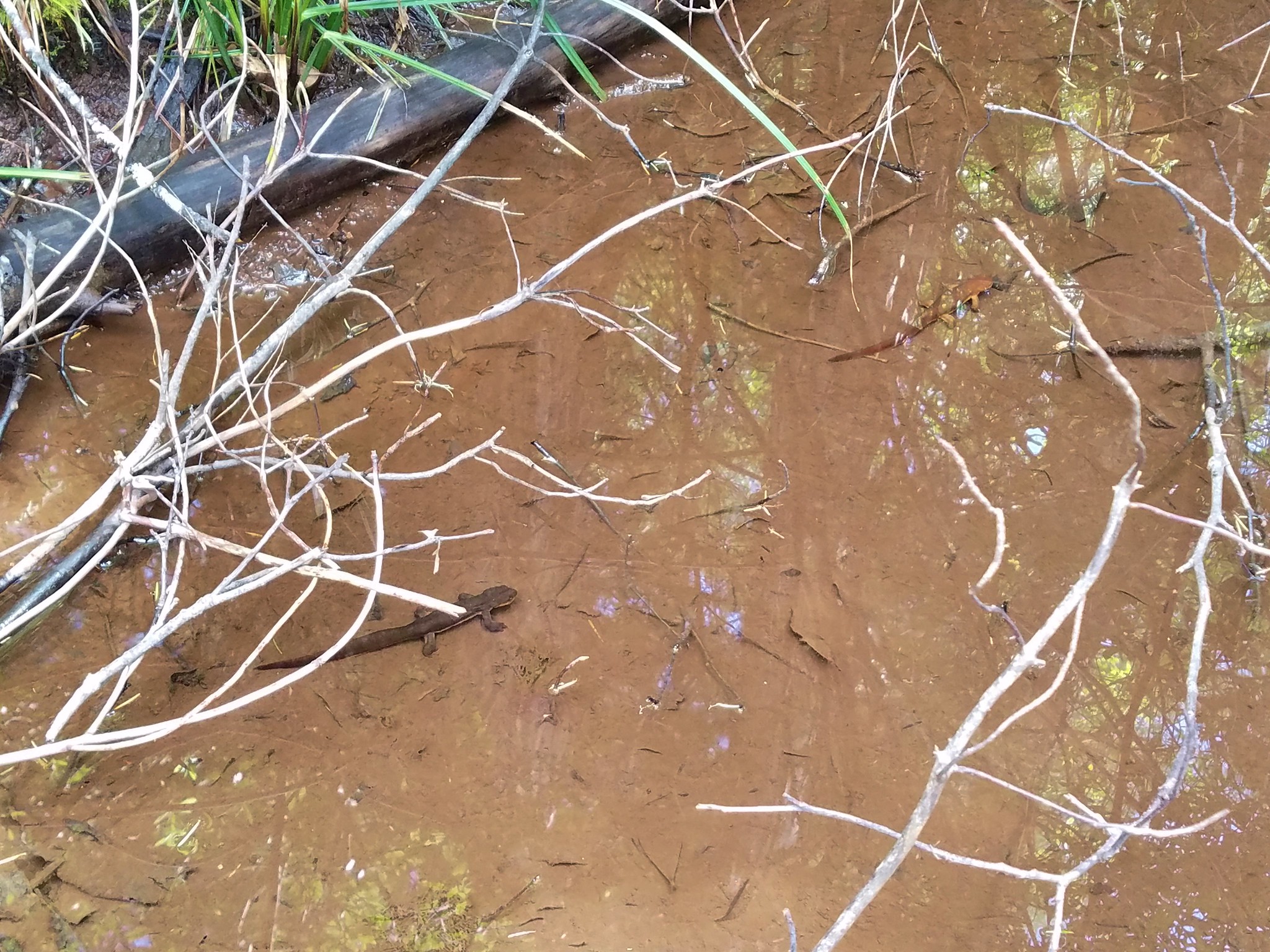 It was certainly an eventful start to our vacation. The waterfalls had been wonderful but the loss of the camera and not being able to visit the Copper-Salmon Wilderness were disappointments. It had been a bit of a mixed bag but we had 6 more days for things to improve. Happy Trails!