As we were driving back to the motel from our Hidden Beach hike I had become progressively ill. By Thursday evening it had developed into a full on stomach bug. Heather spent the night taking care of me. We were glad we’d moved the Hidden Beach hike up a day because there was no way that would have been a good idea Friday.

We left the motel a little before 7am and began our drive home. I was still feeling pretty bad but at least I hadn’t vomited since the previous night. Our plans had called for us to stop on the way back at the Rough and Ready Botanical Wasyside just north of O’Brien, Oregon.

We’d been in the car a little over an hour when we reached the wayside and I was feeling well enough (stubborn enough) to want to give the hike a try. We parked at the pullout along Highway 199. 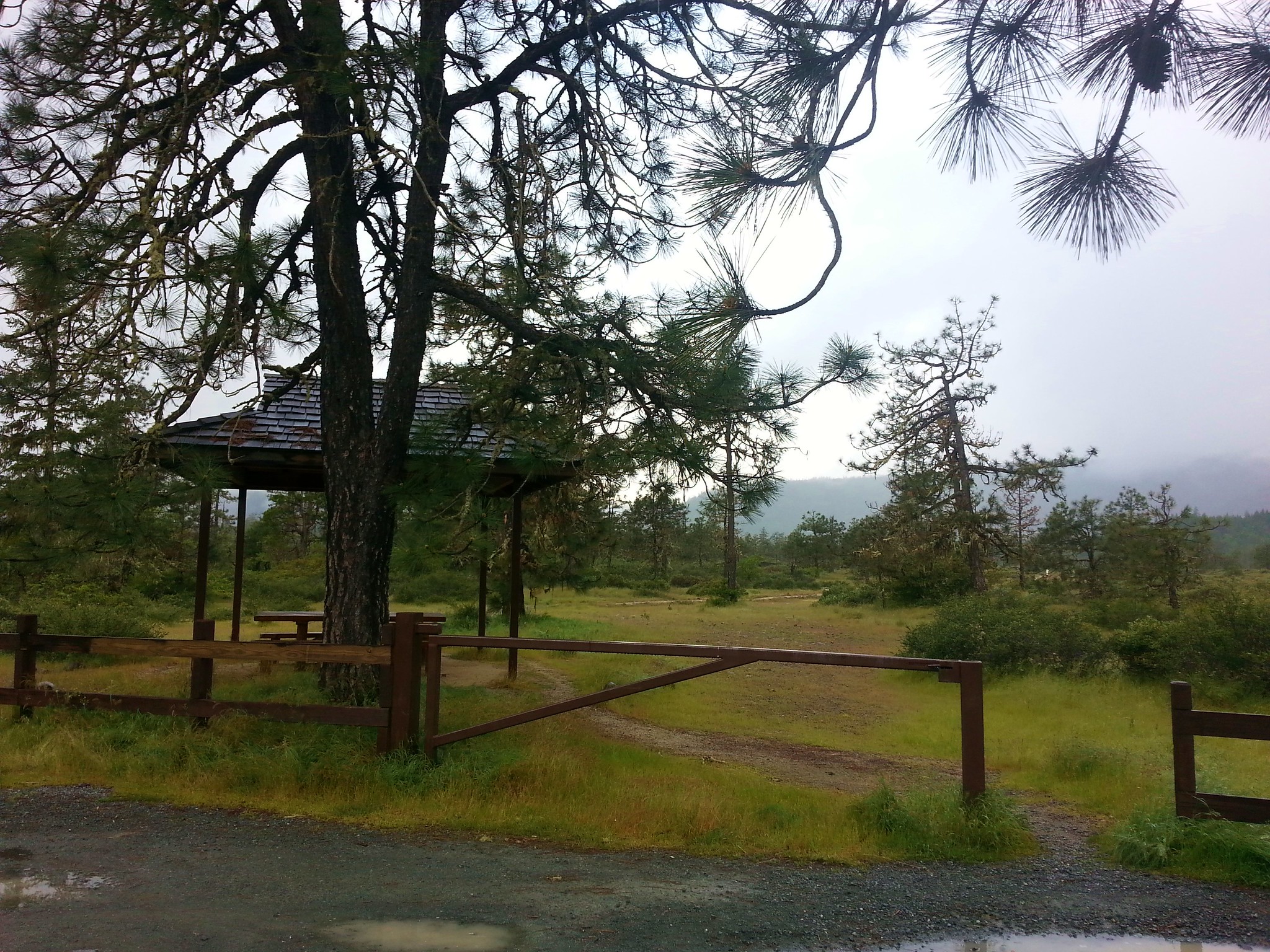 A .3 mile gravel path led to a picnic table overlooking the creek. 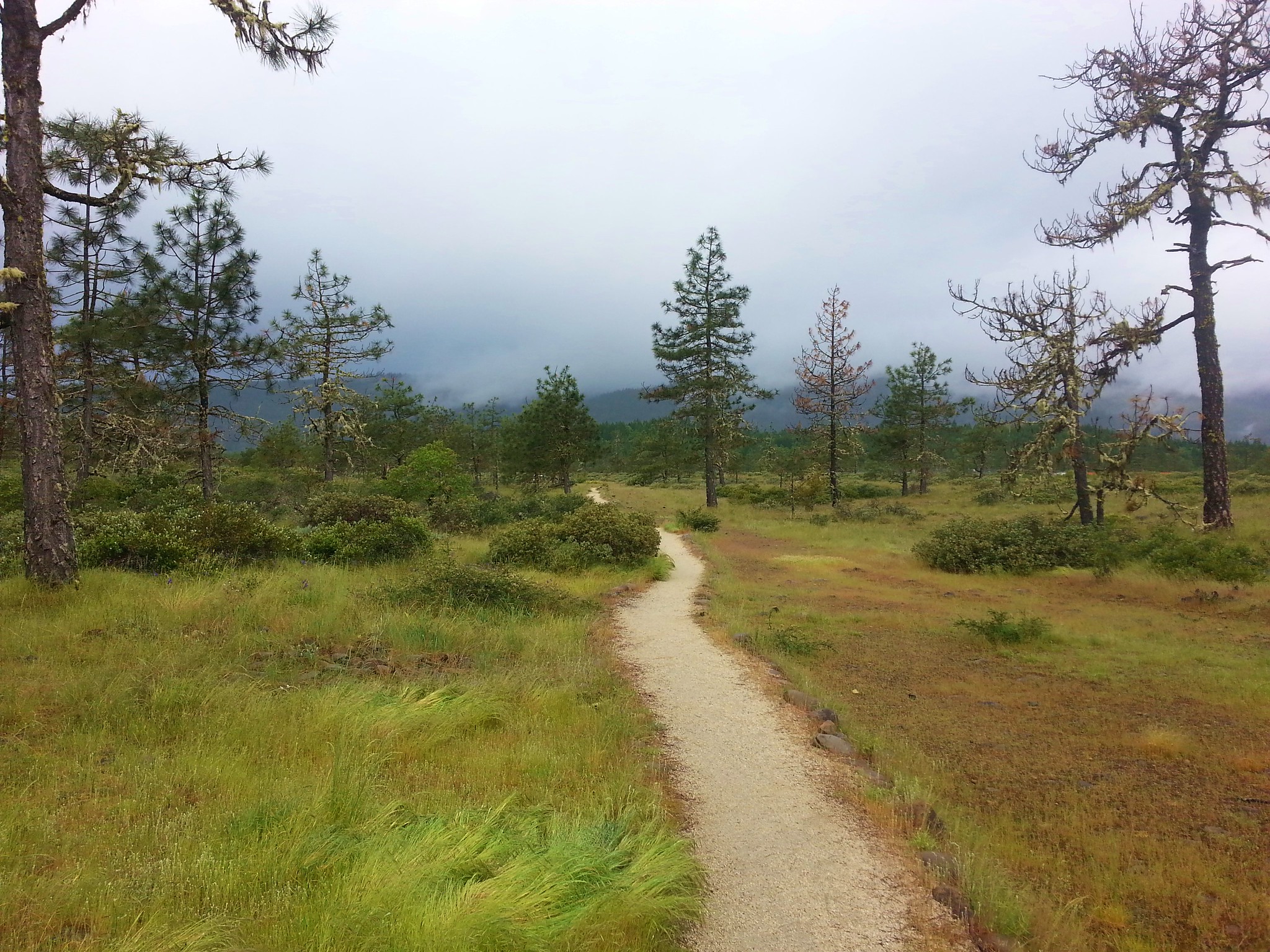 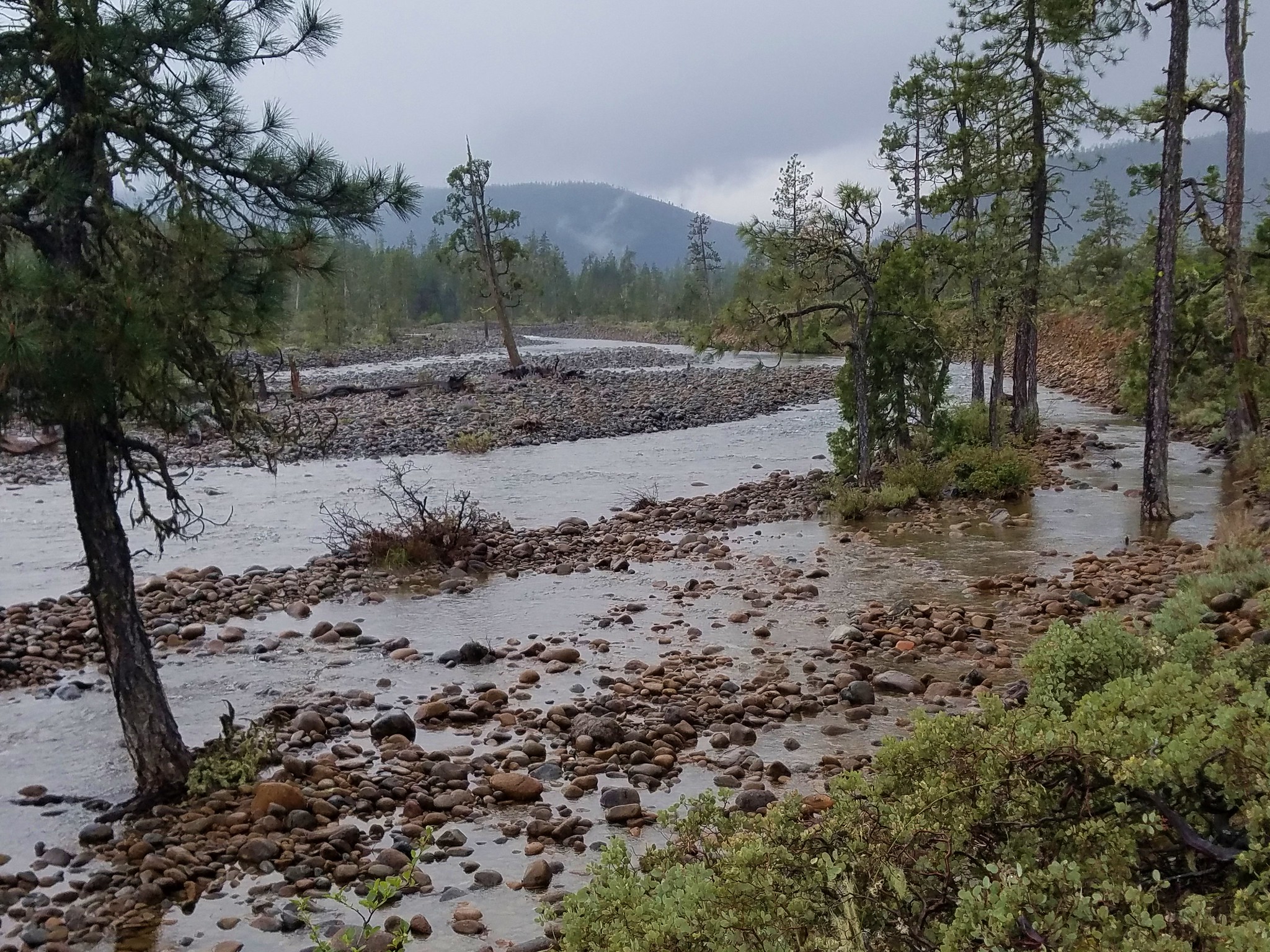 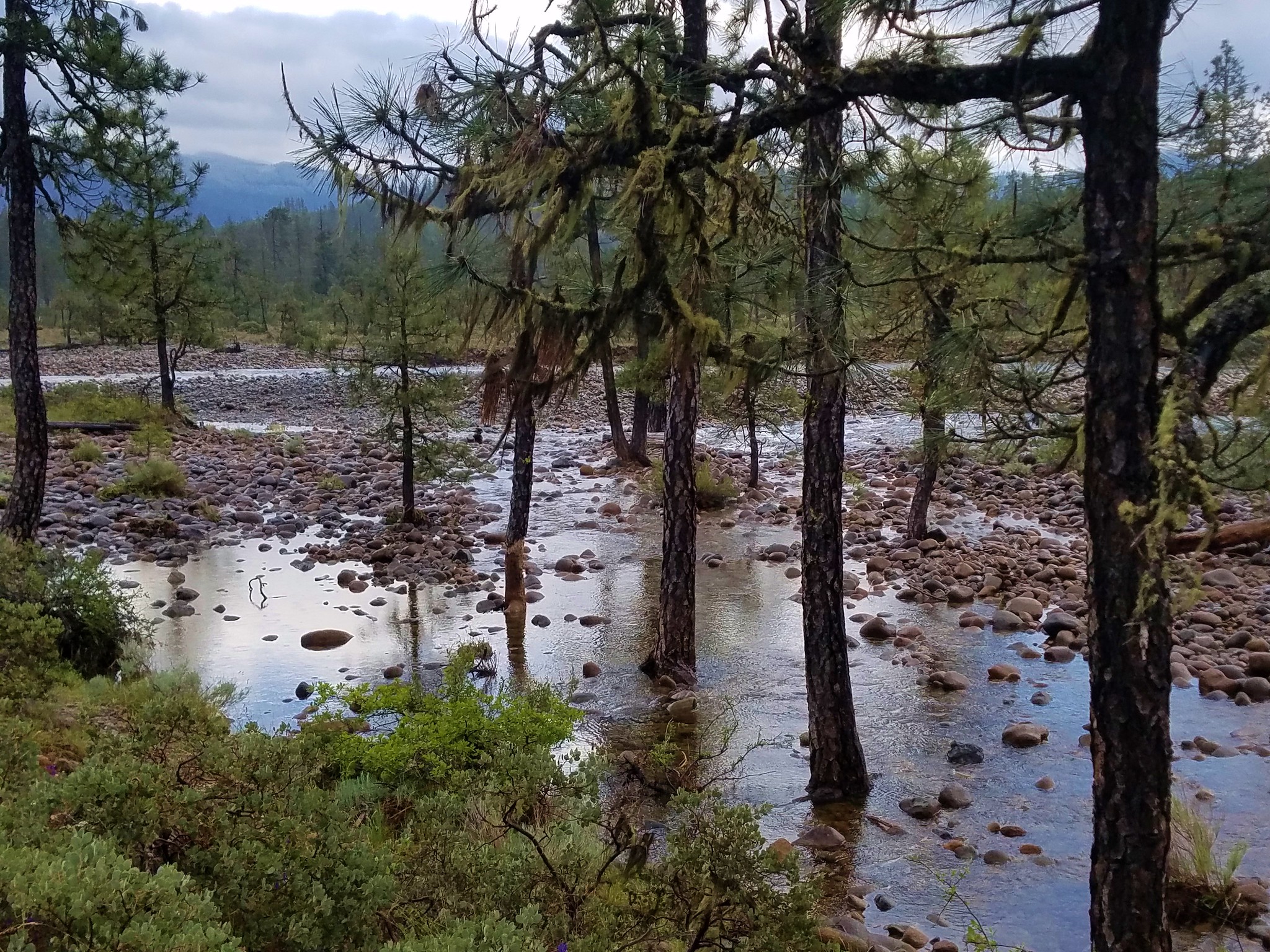 It was cold and wet, raining off and on, and there looked to be fresh snow in the foothills. Despit the conditions we continued on following an old roadbed from the picnic table just over a mile to Seats Dam which is used to divert water for irrigation before returning as we’d come. 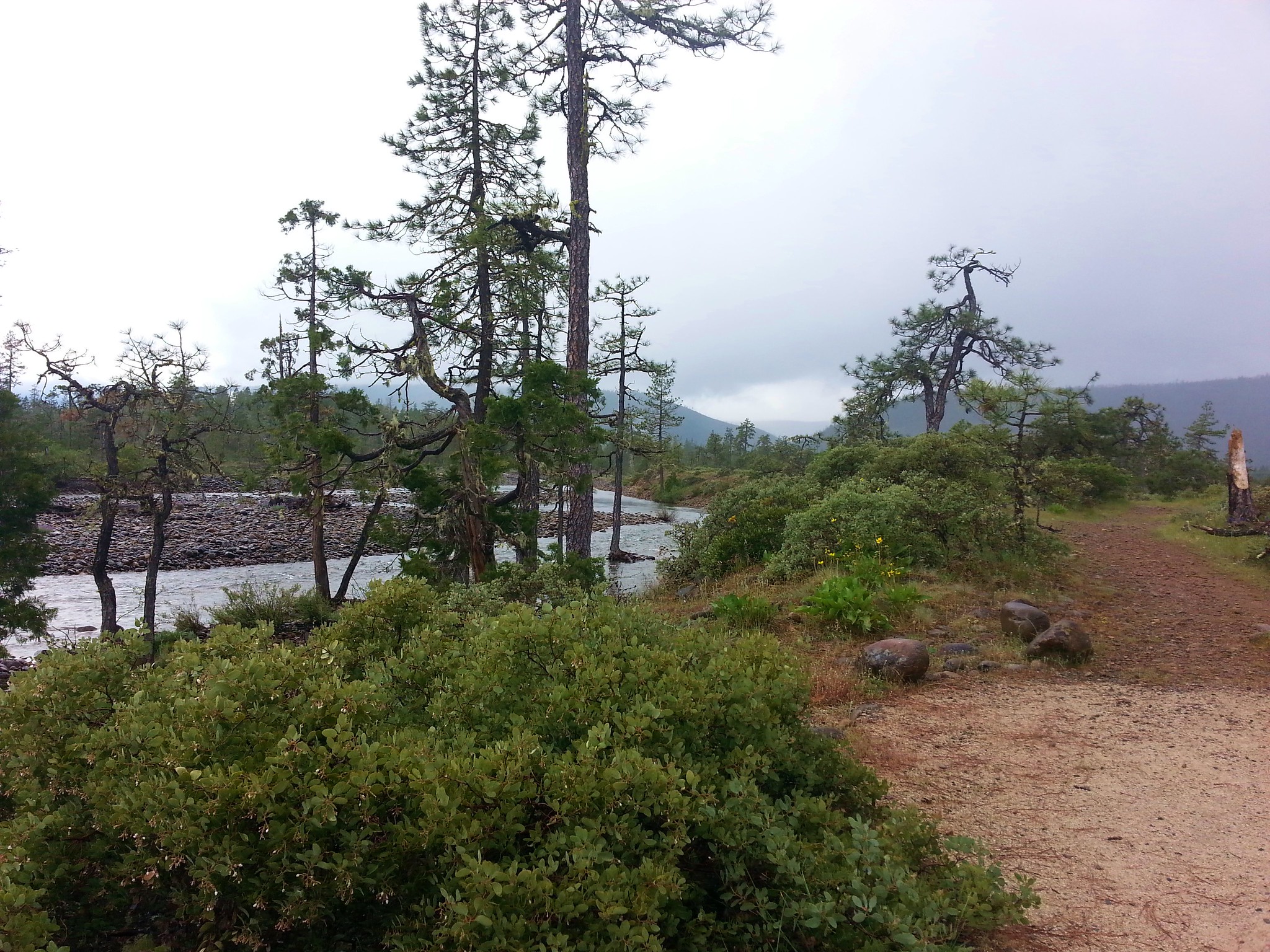 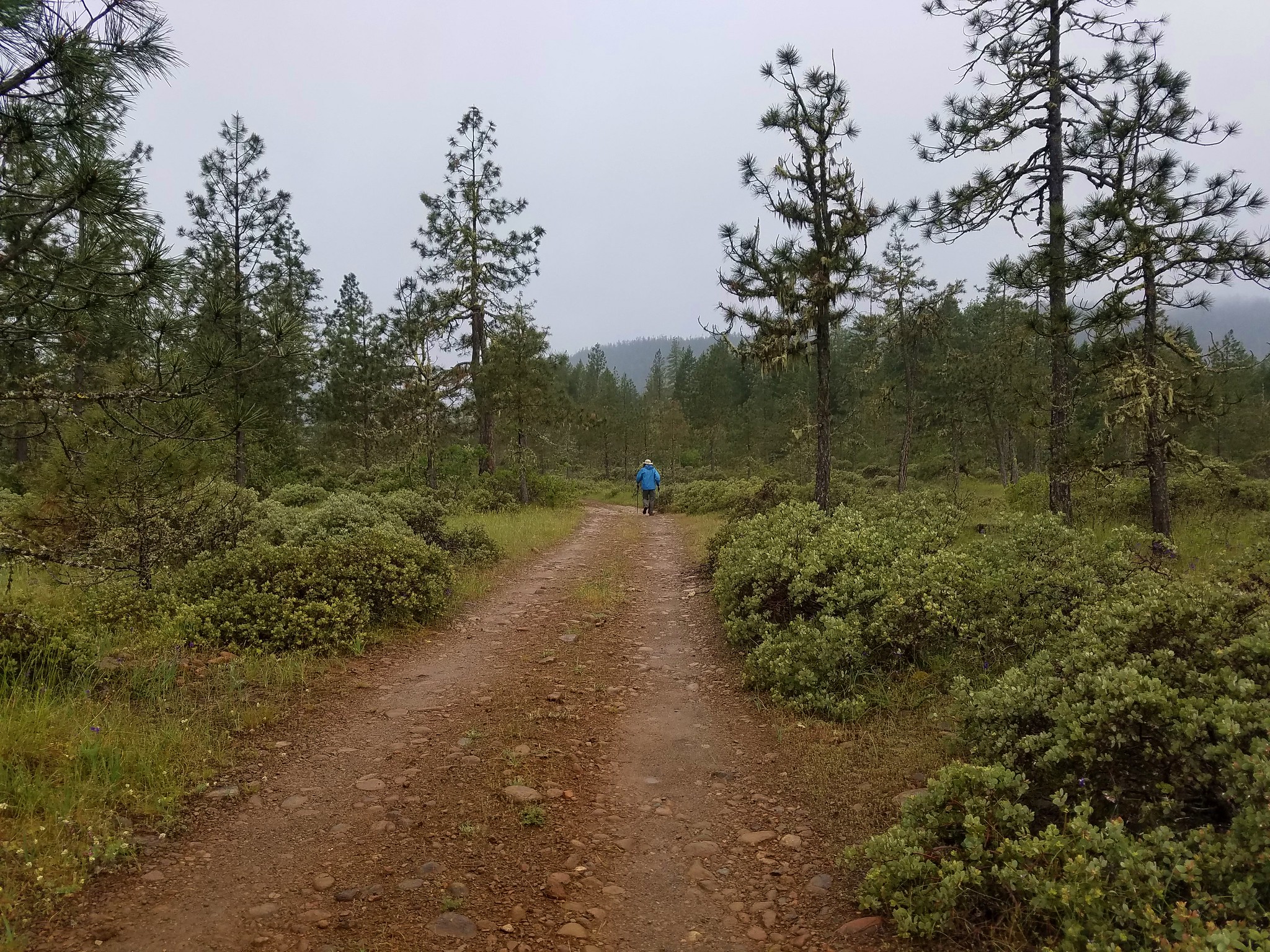 The area is known for its botanical diversity which was understandable given the number of different wildflowers we saw along the 2.8 mile hike. We likely missed many but here is a sample of the ones we did see. 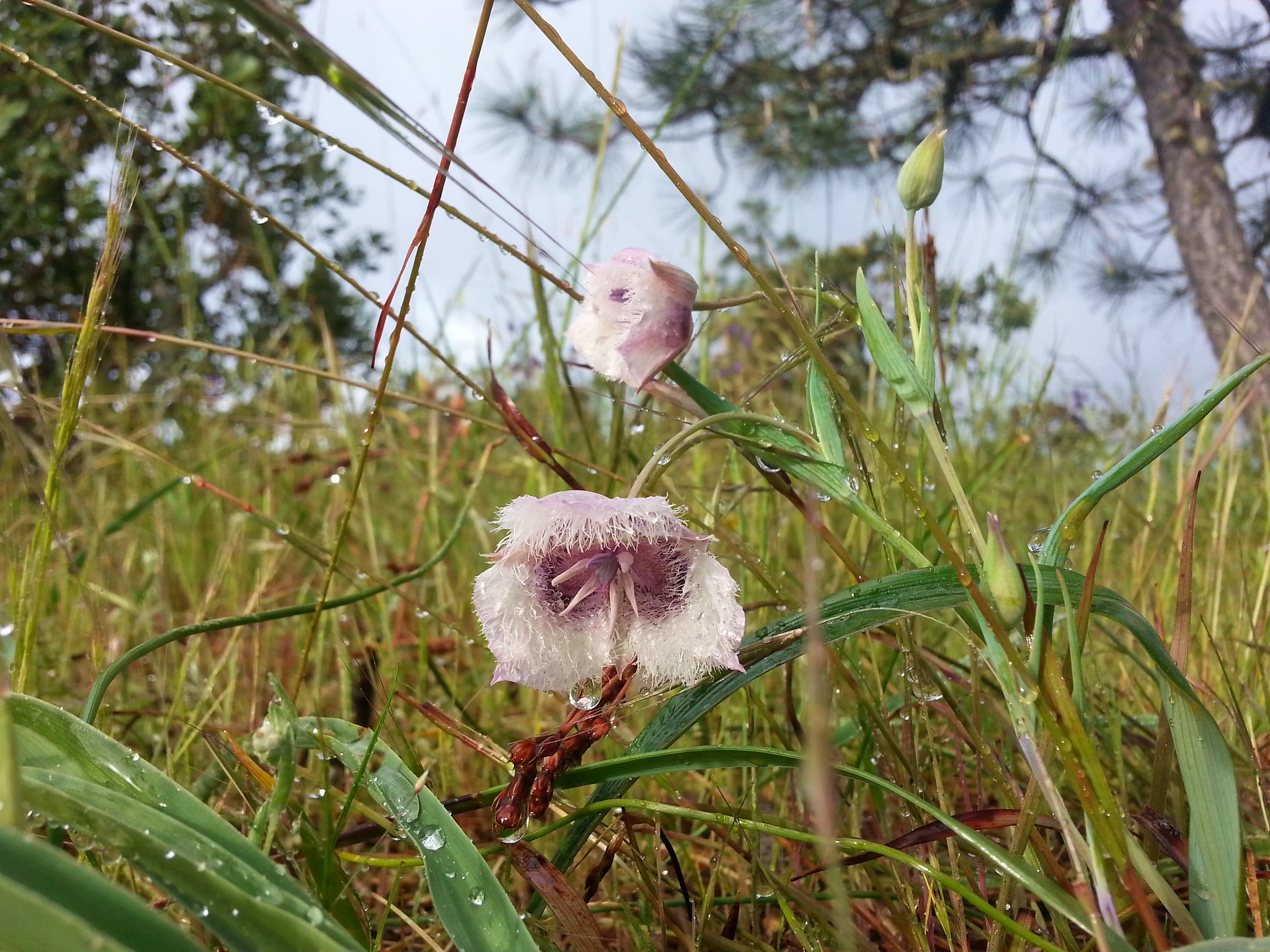 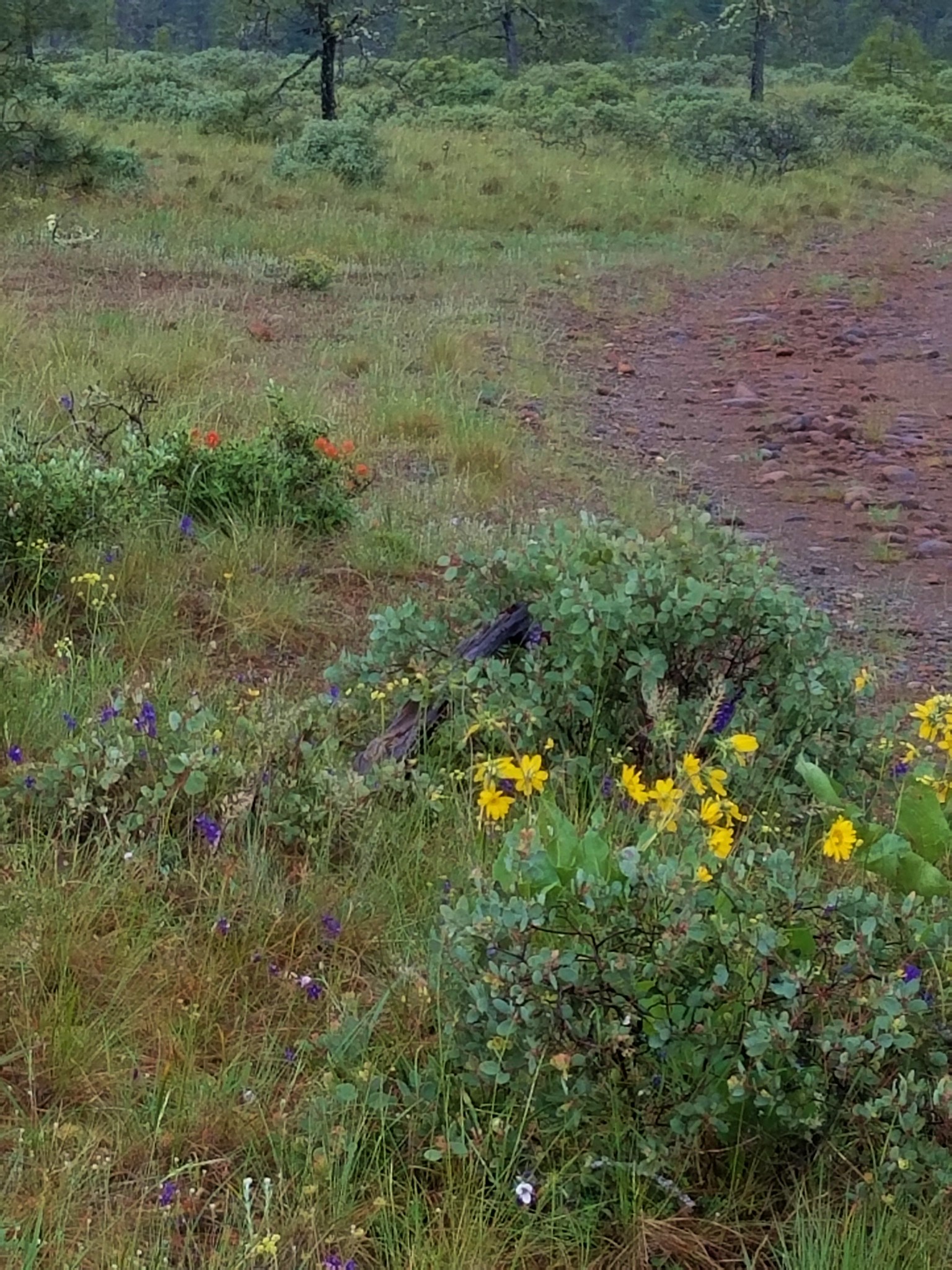 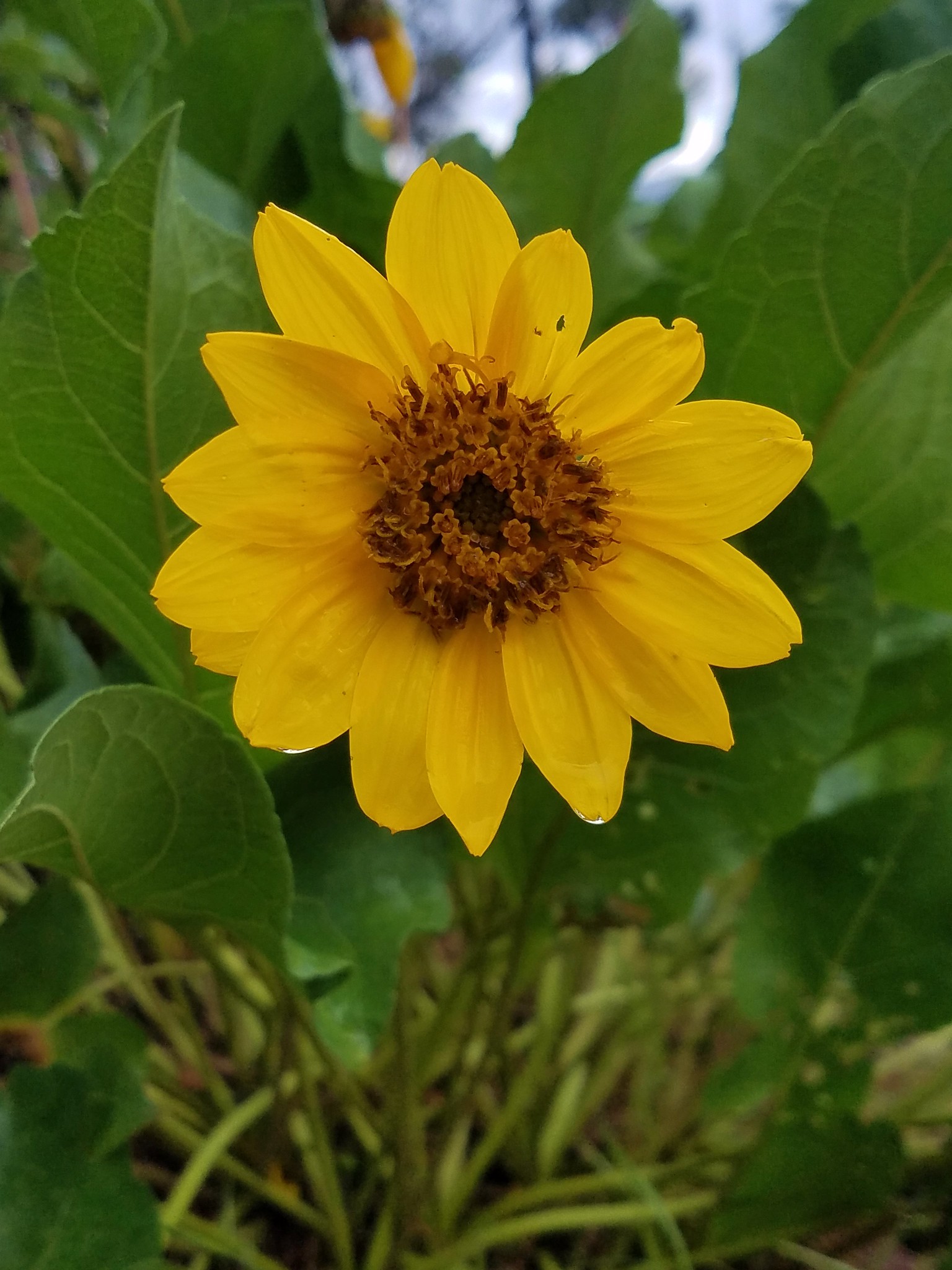 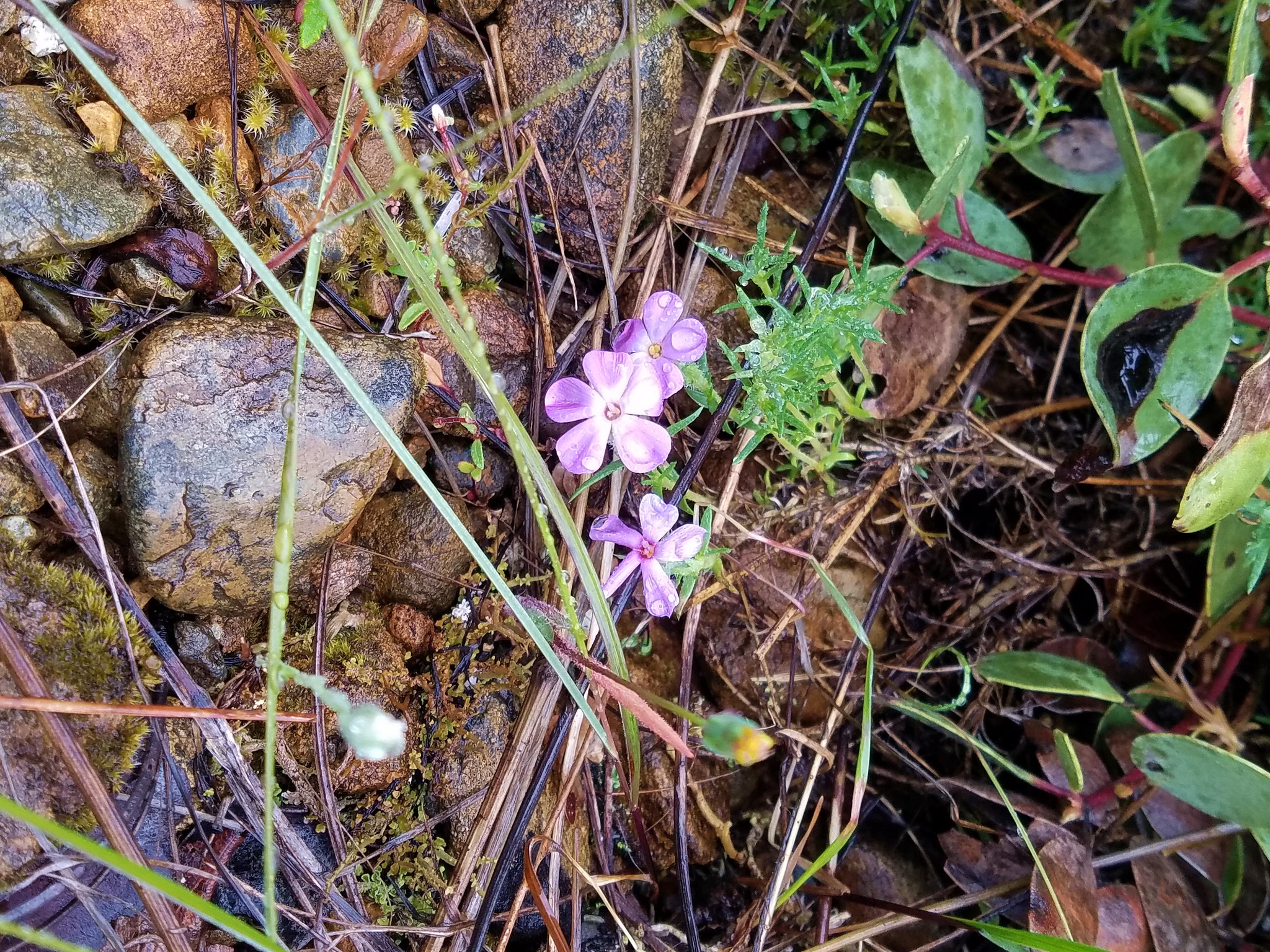 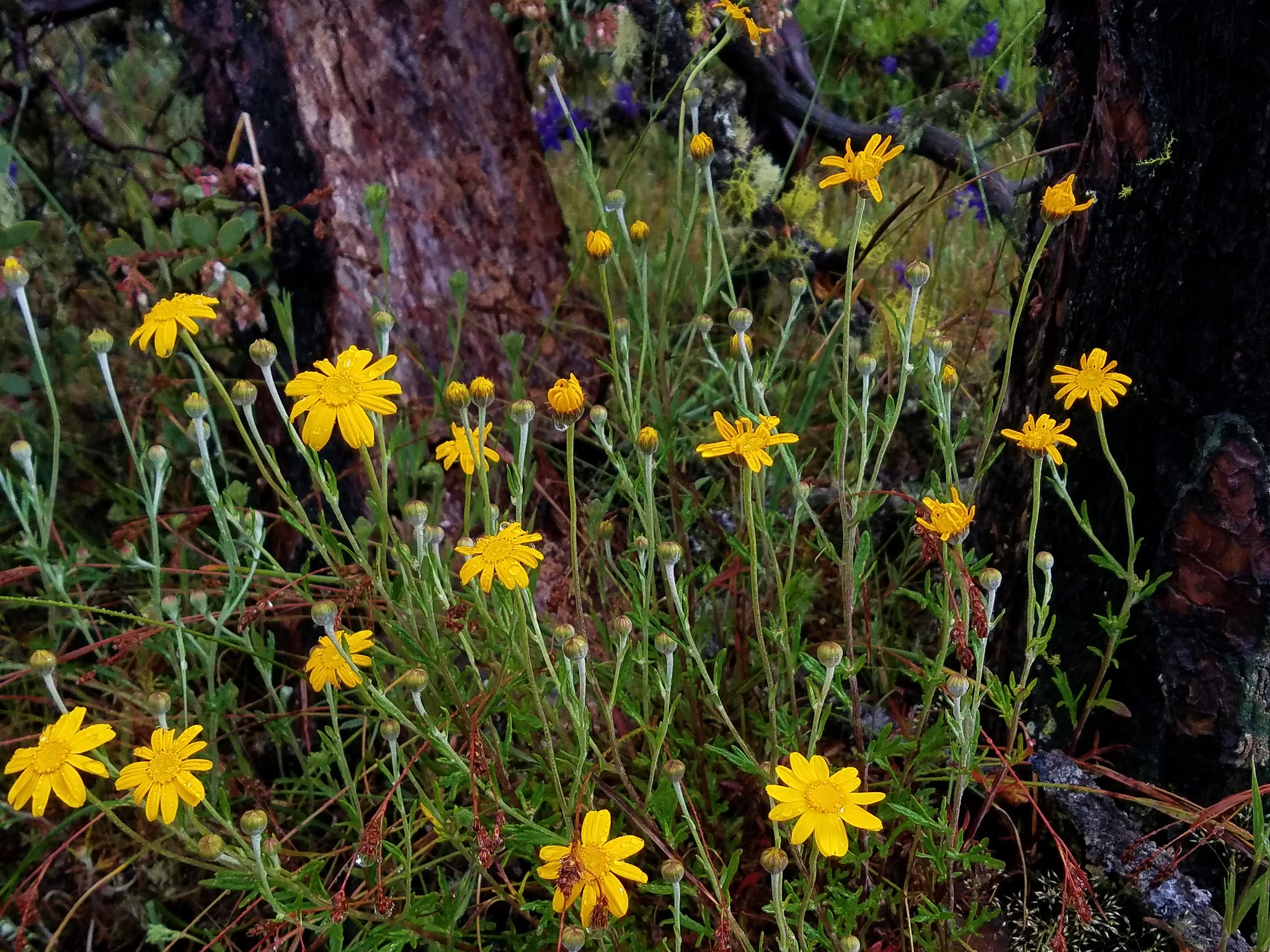 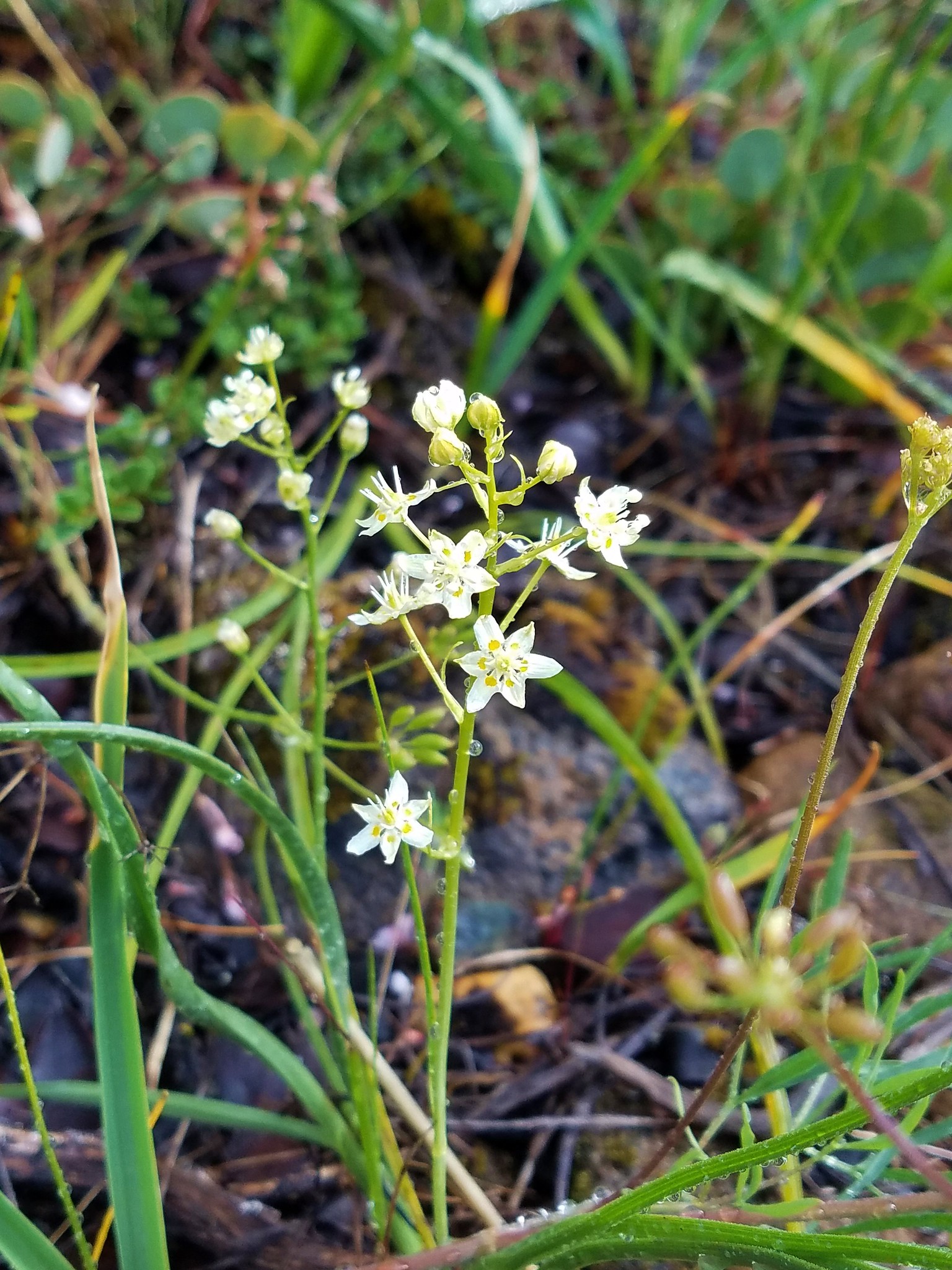 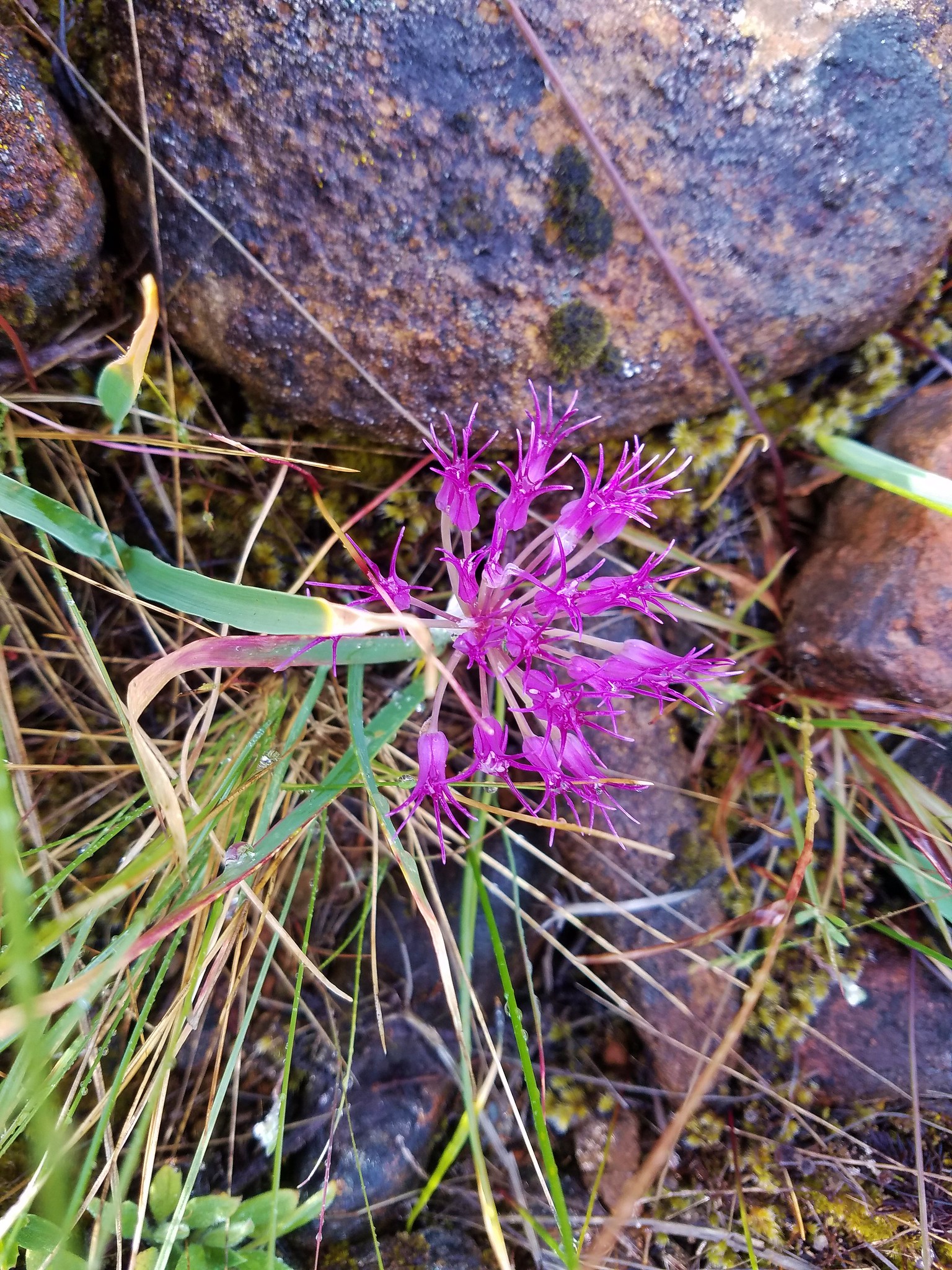 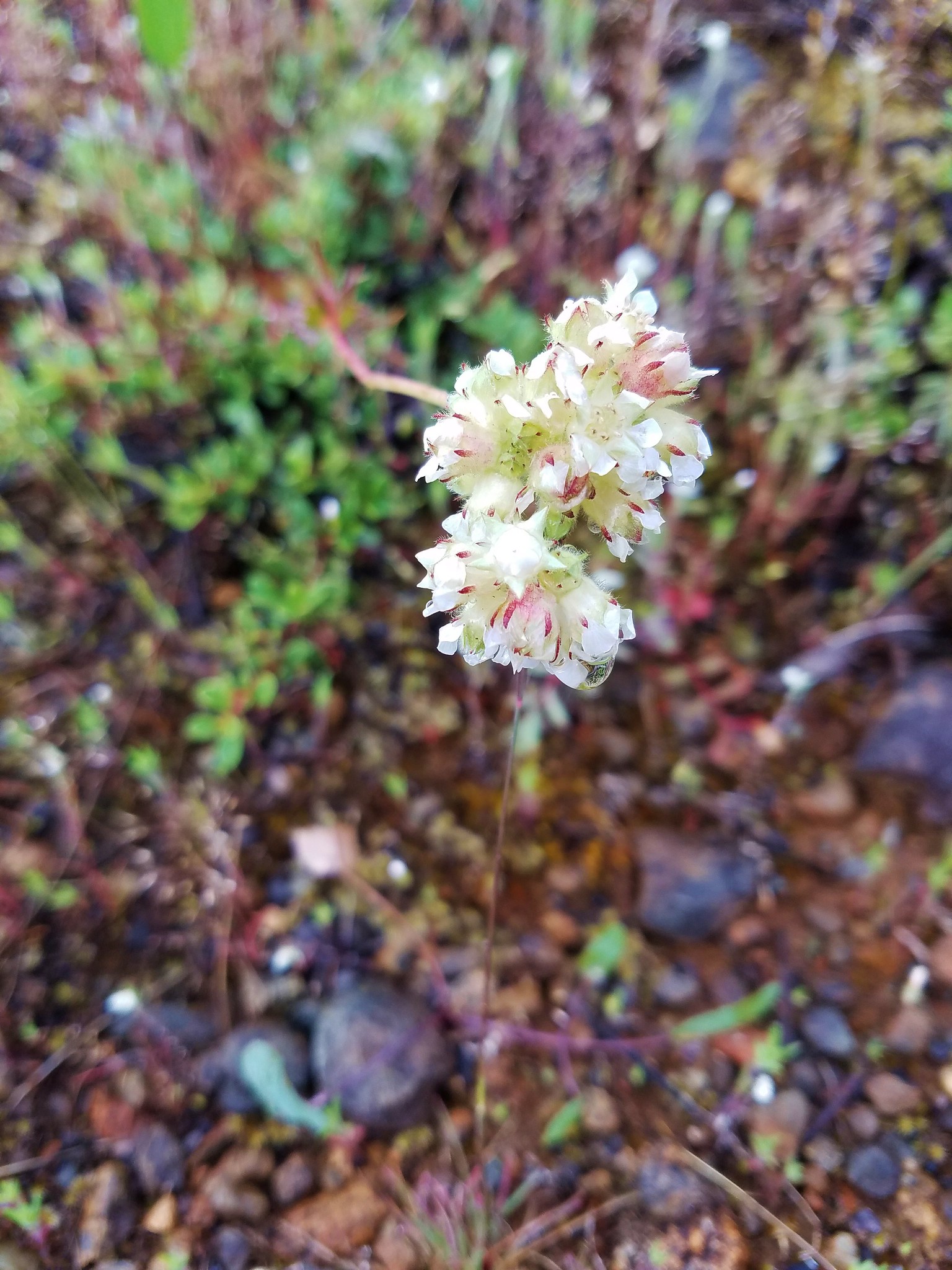 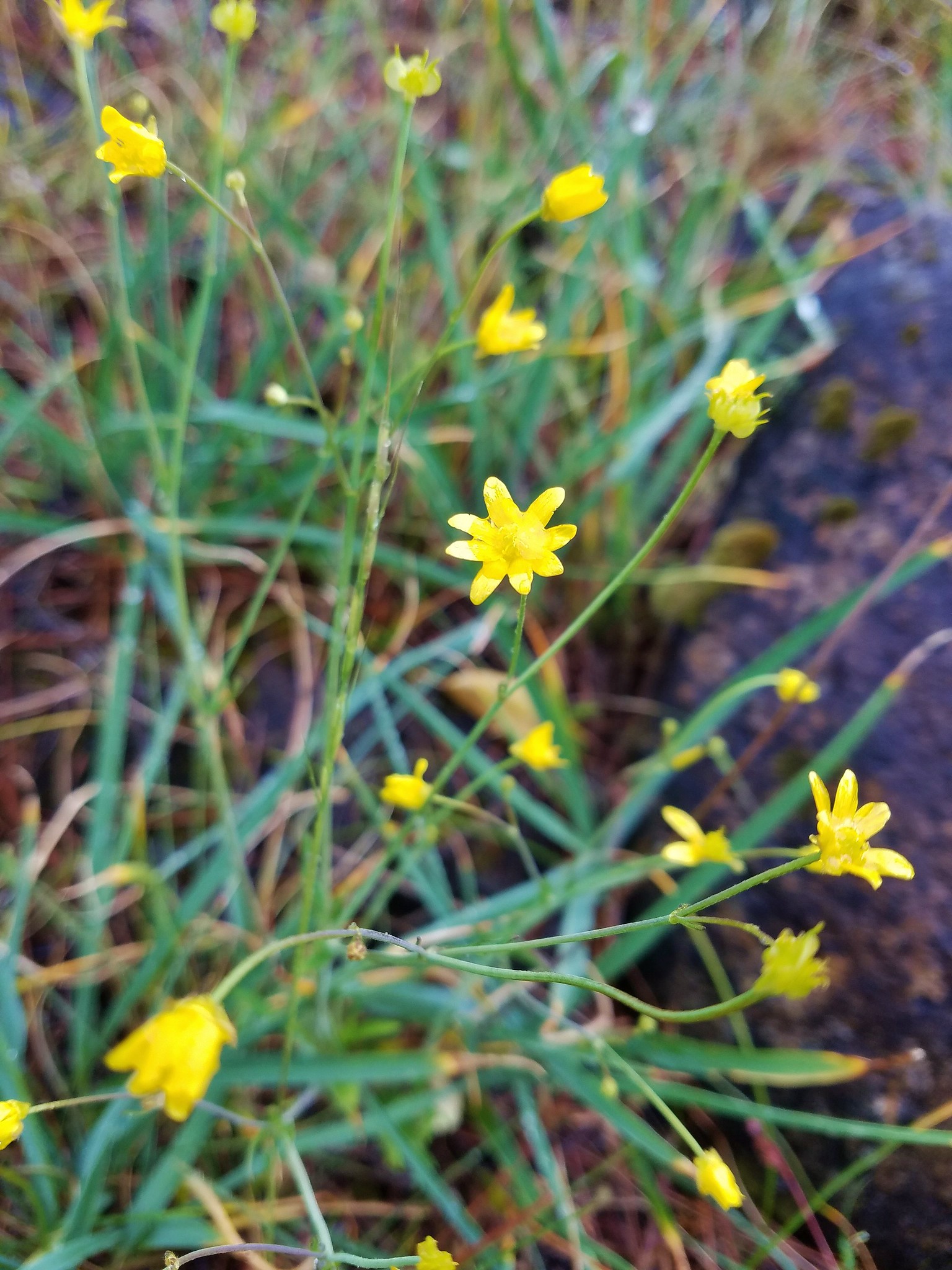 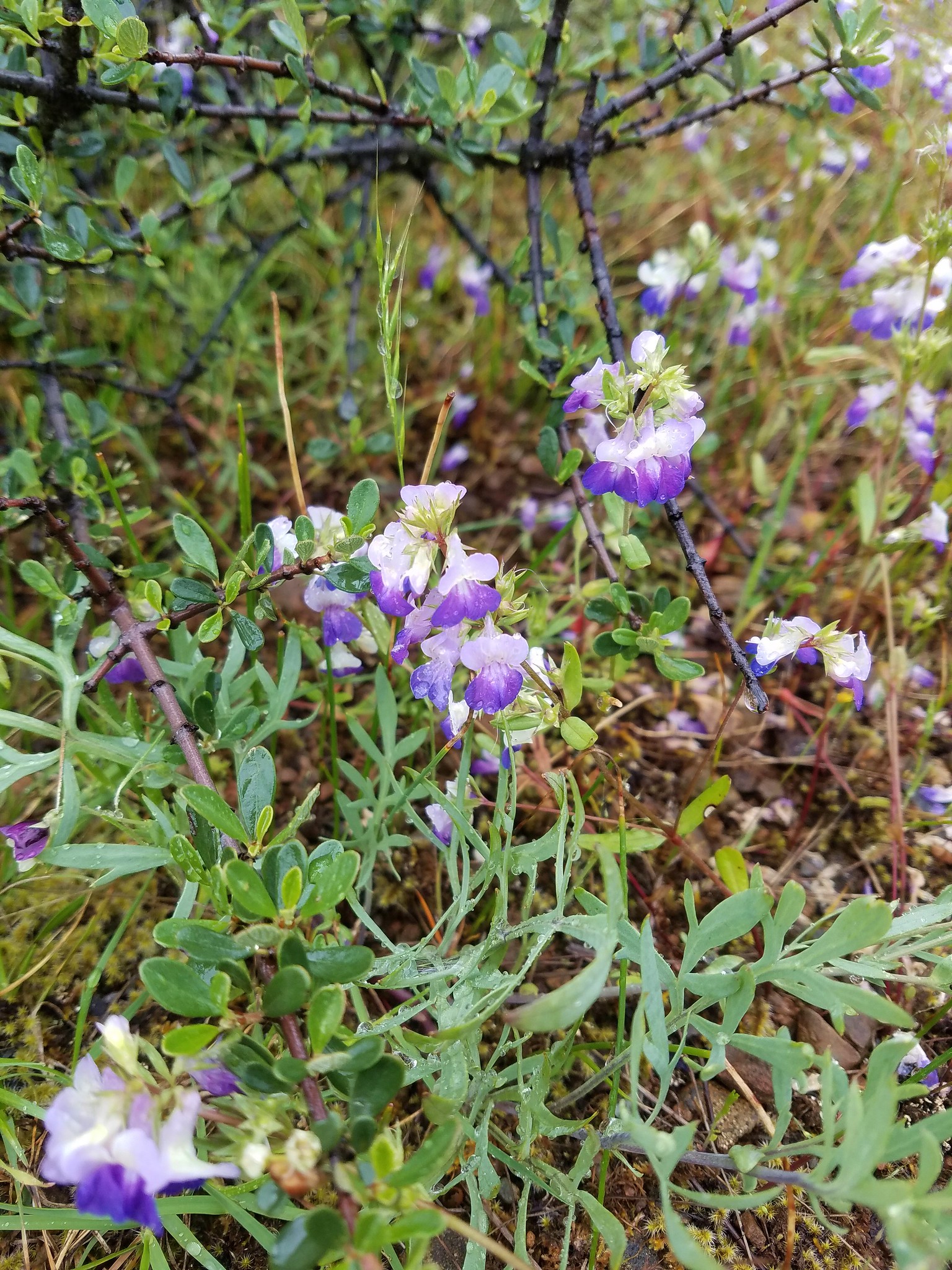 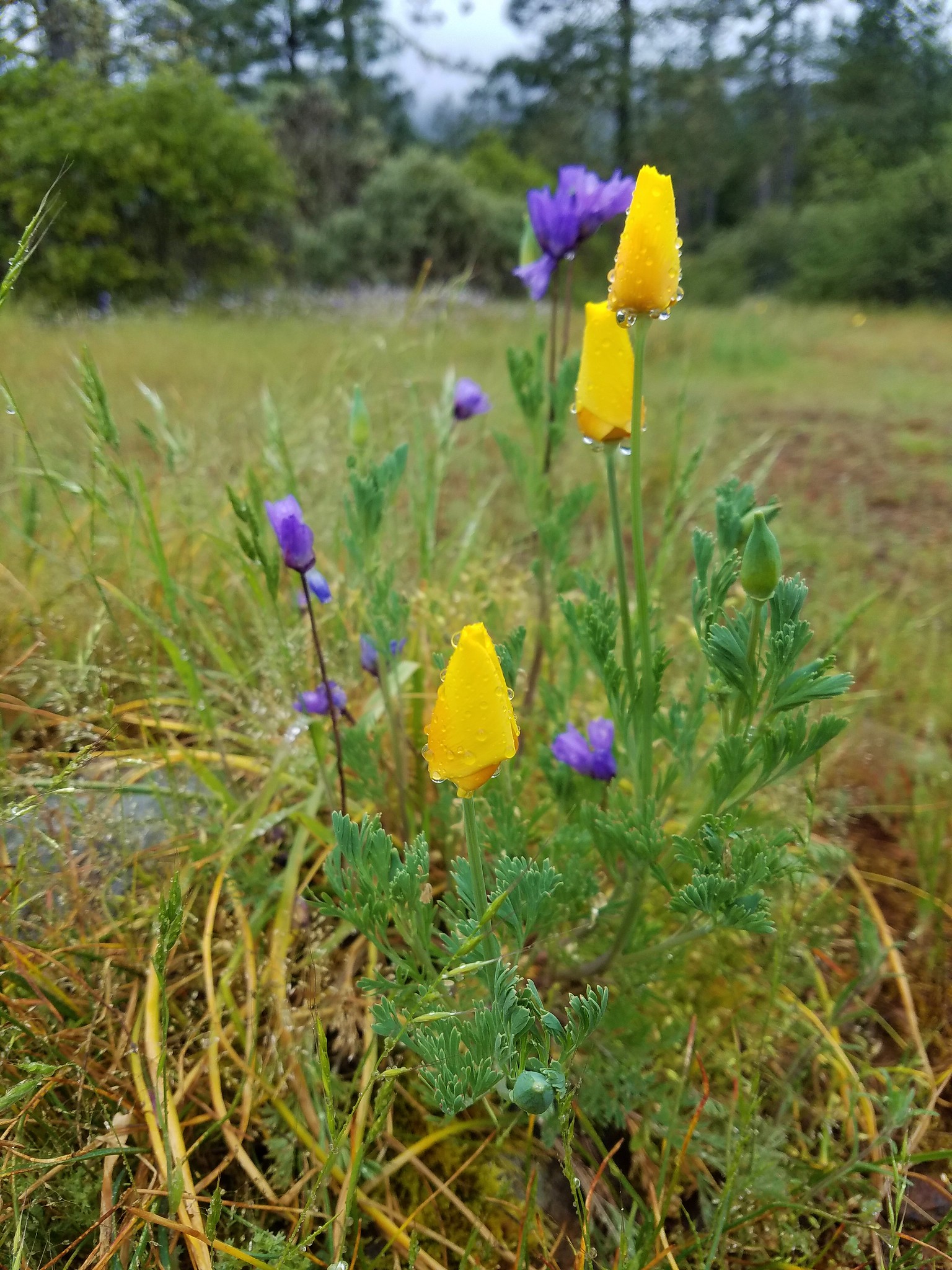 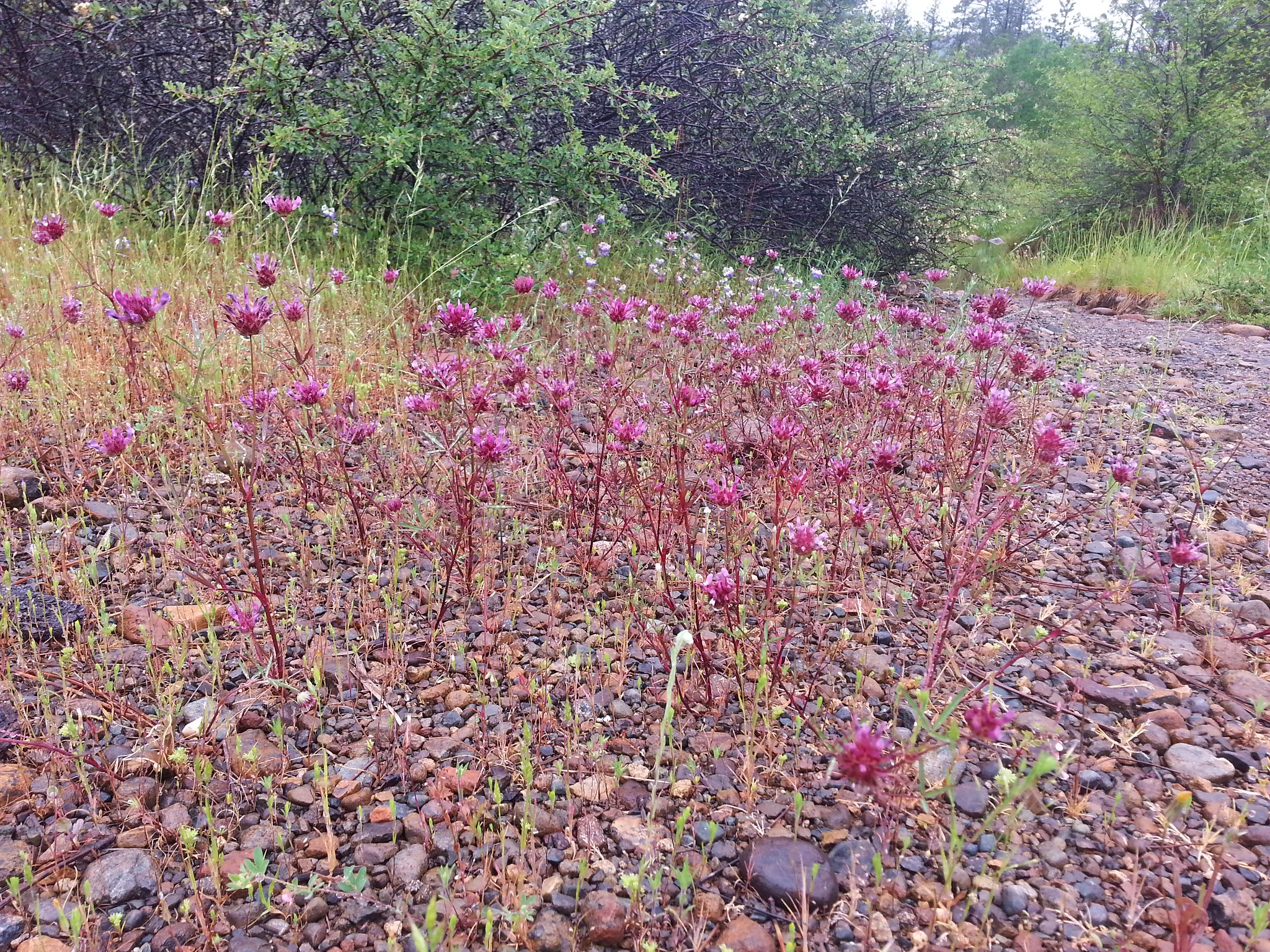 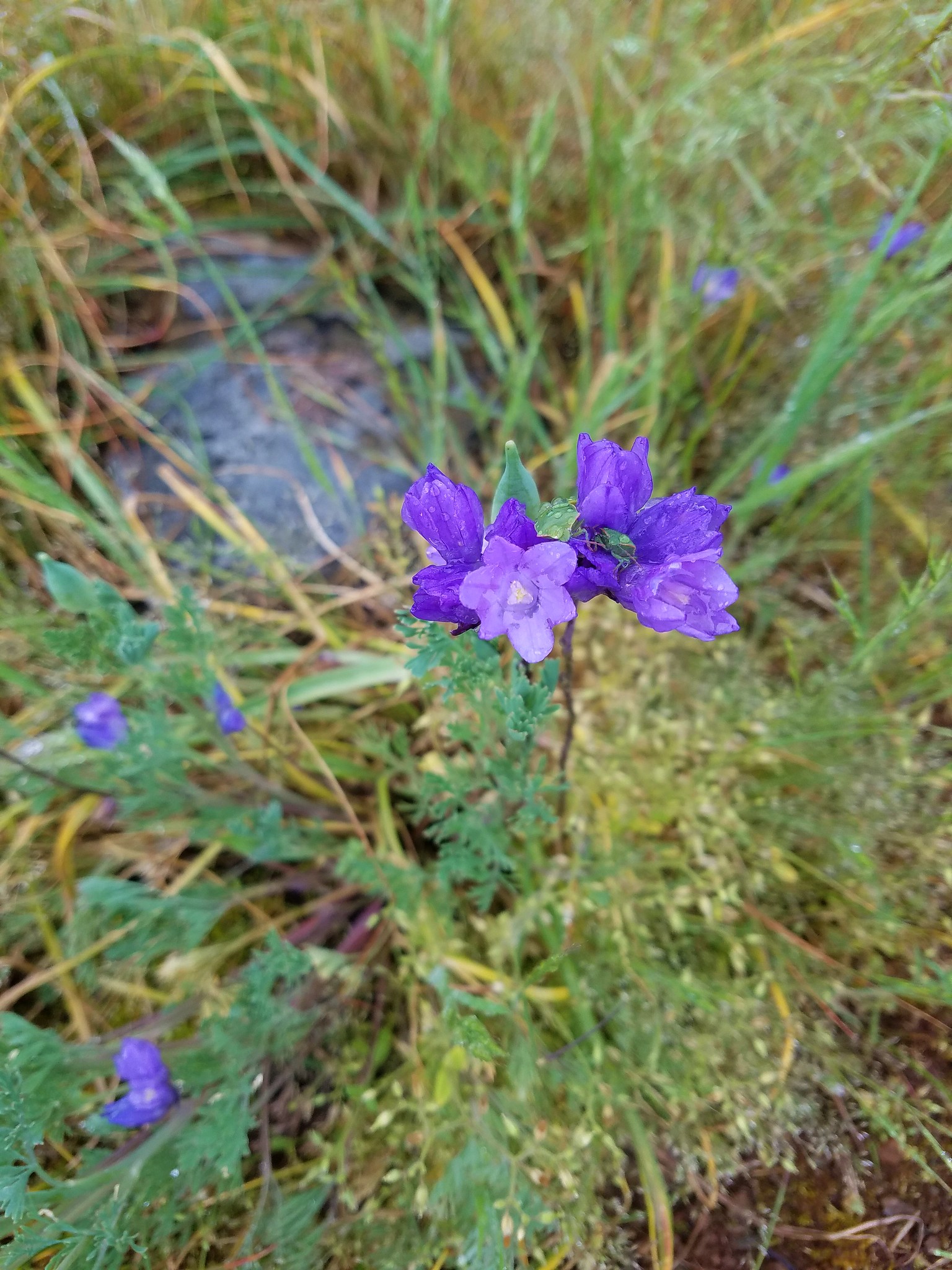 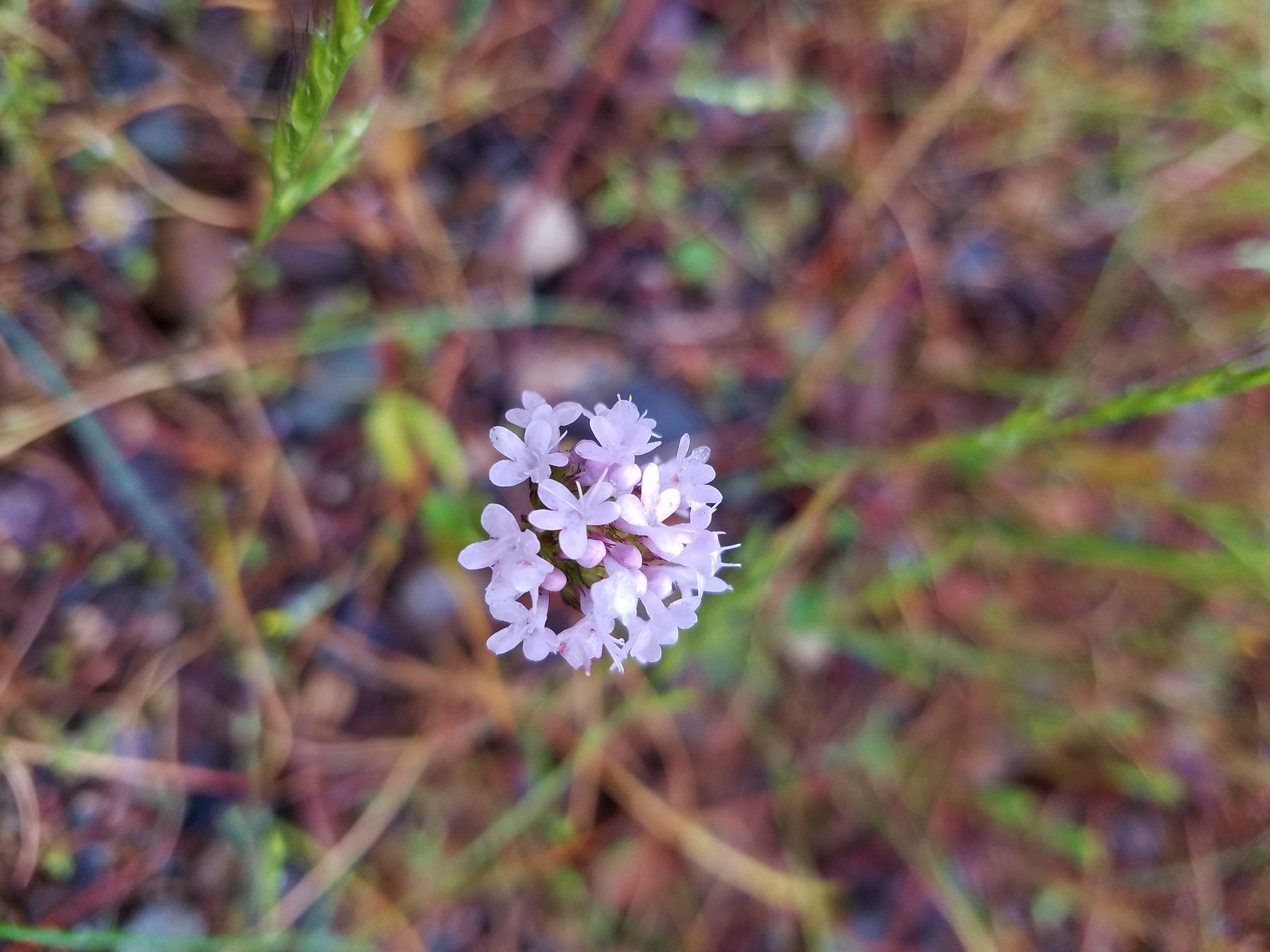 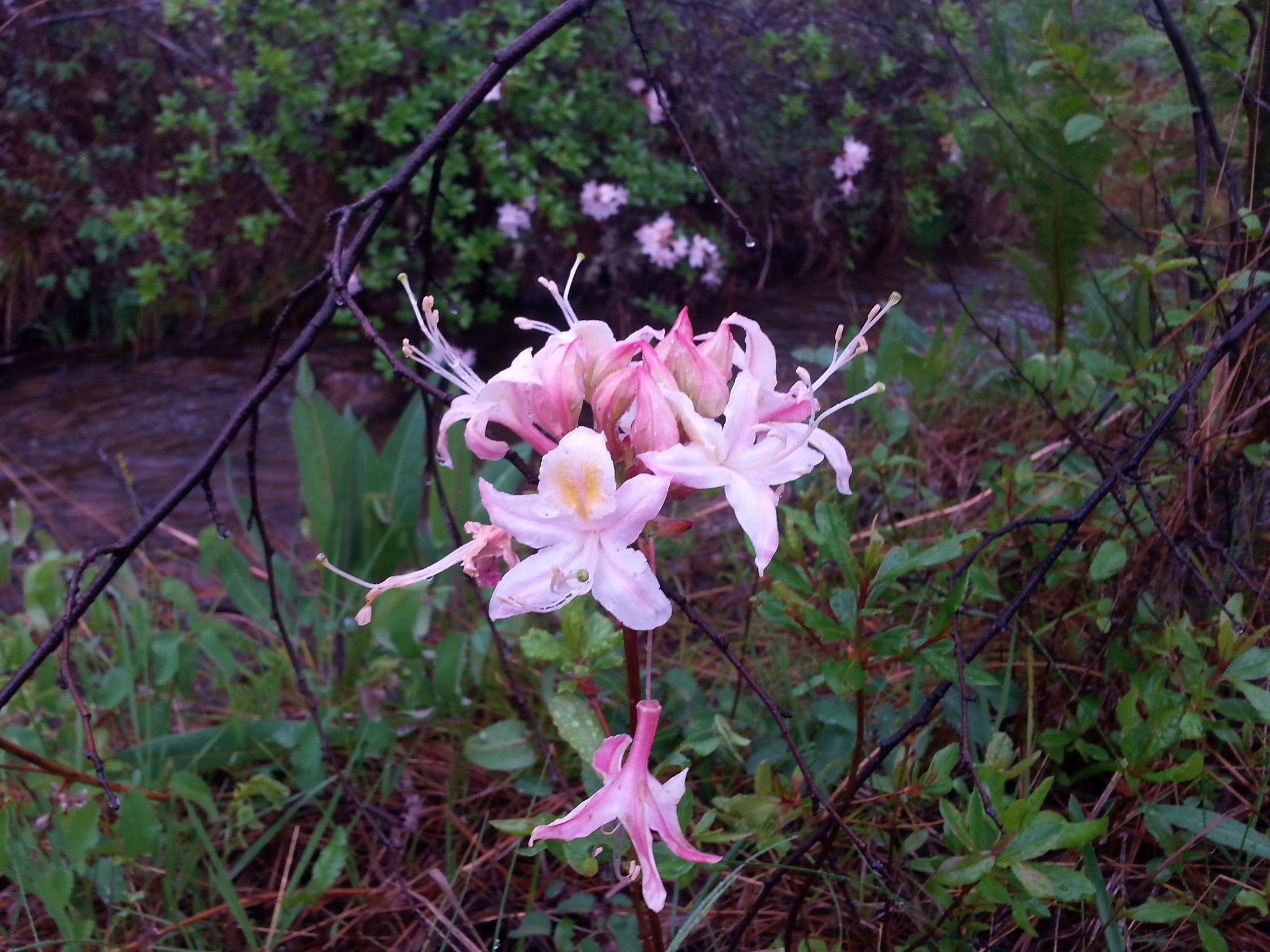 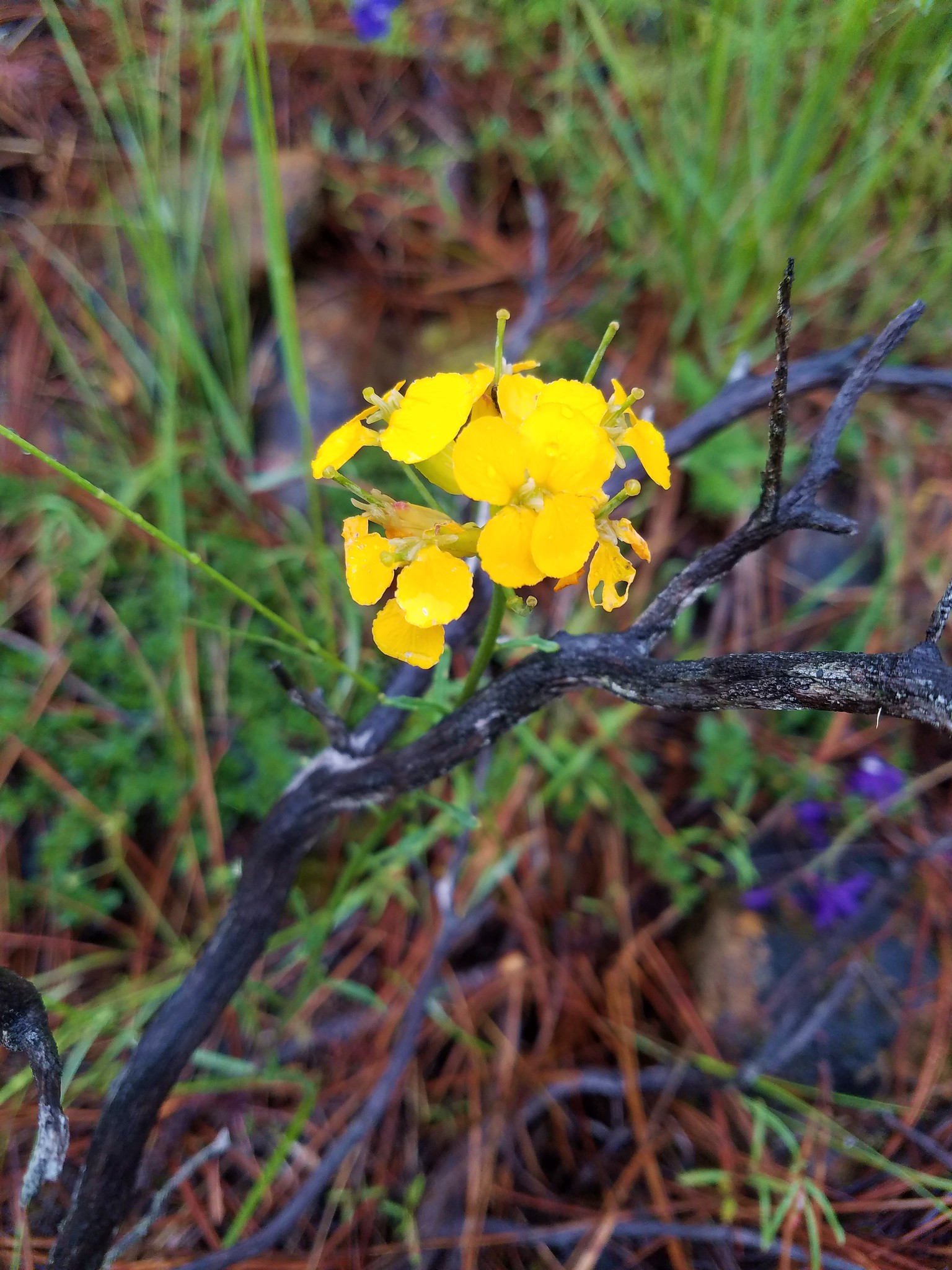 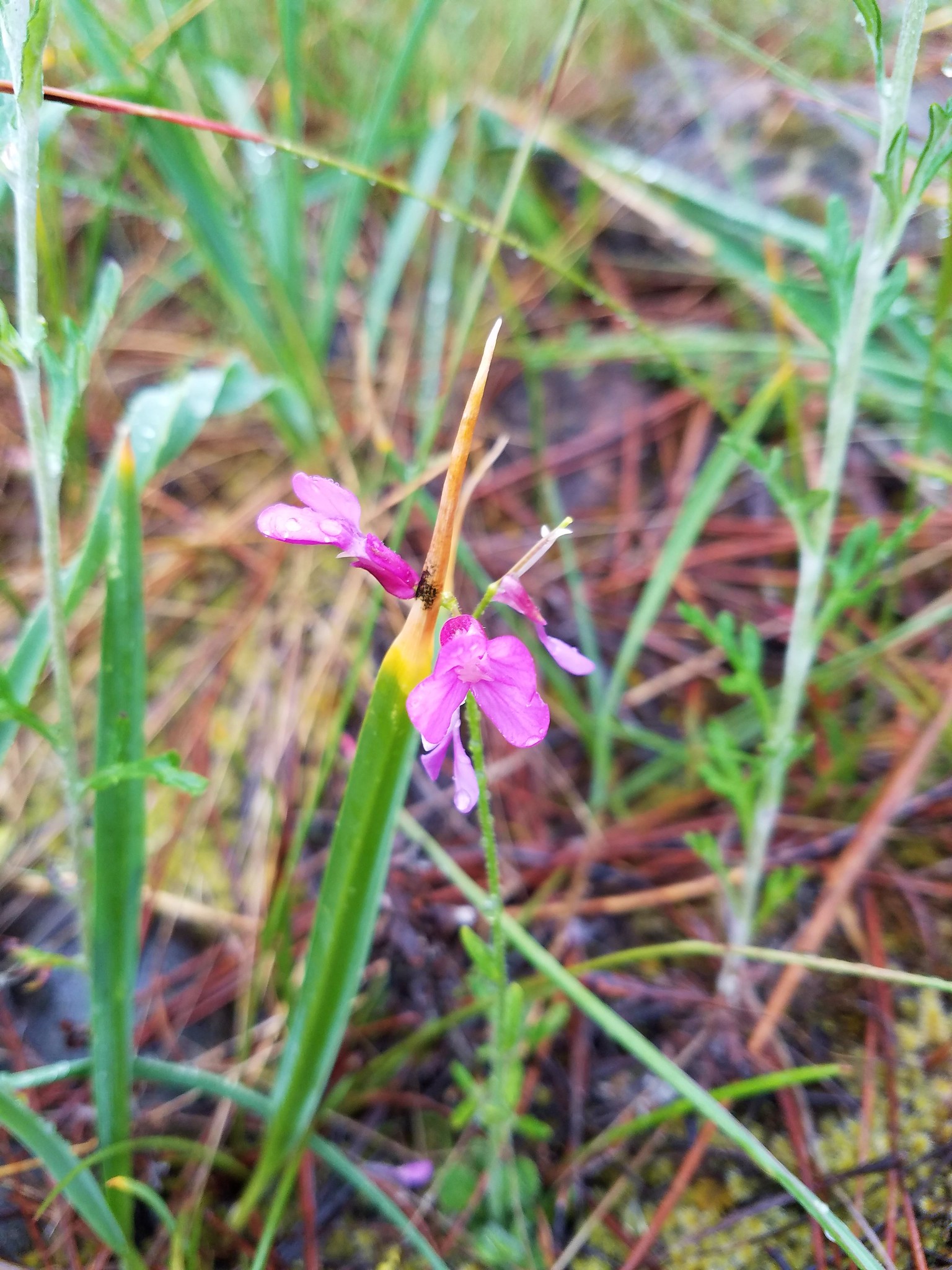 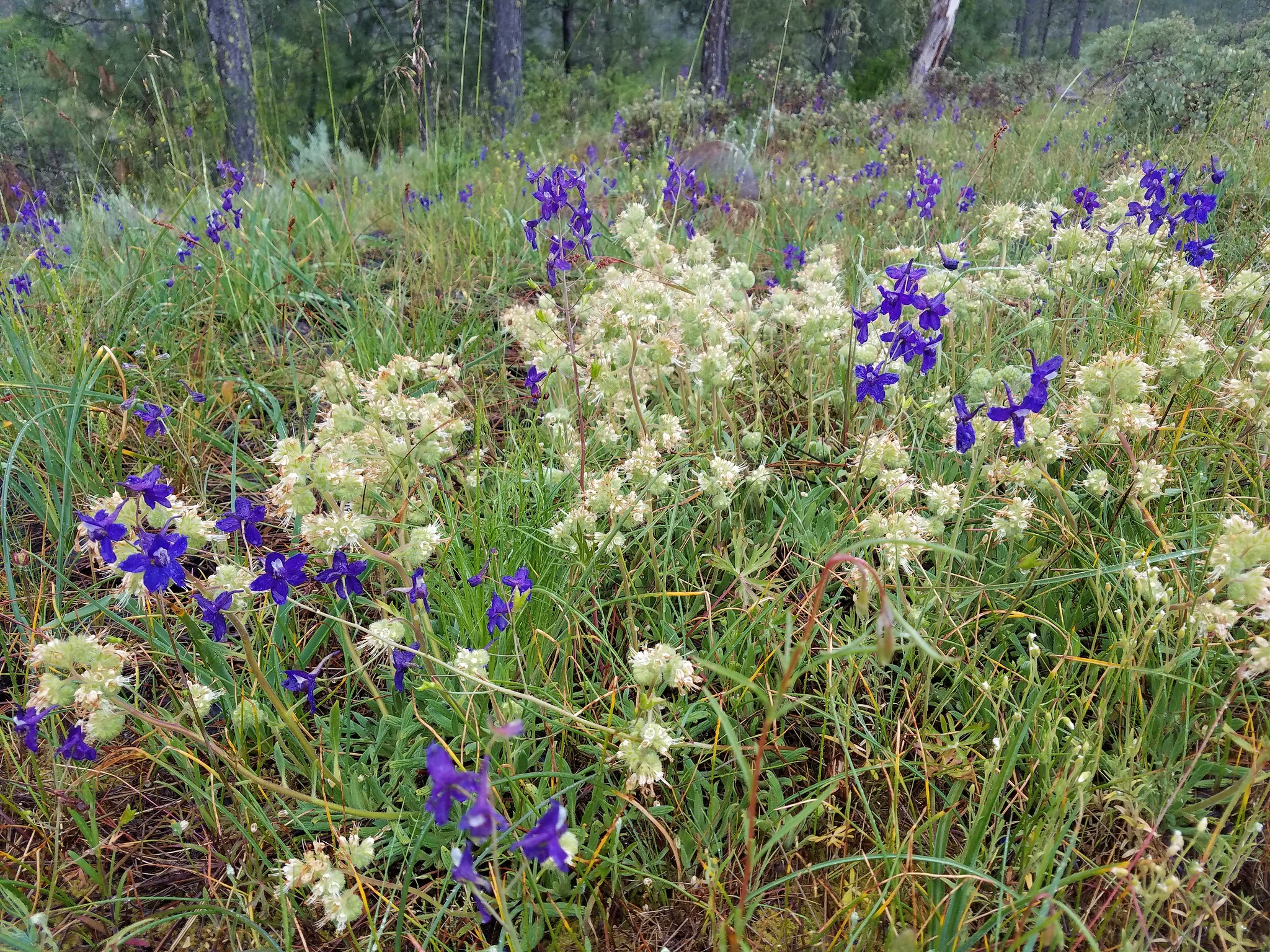 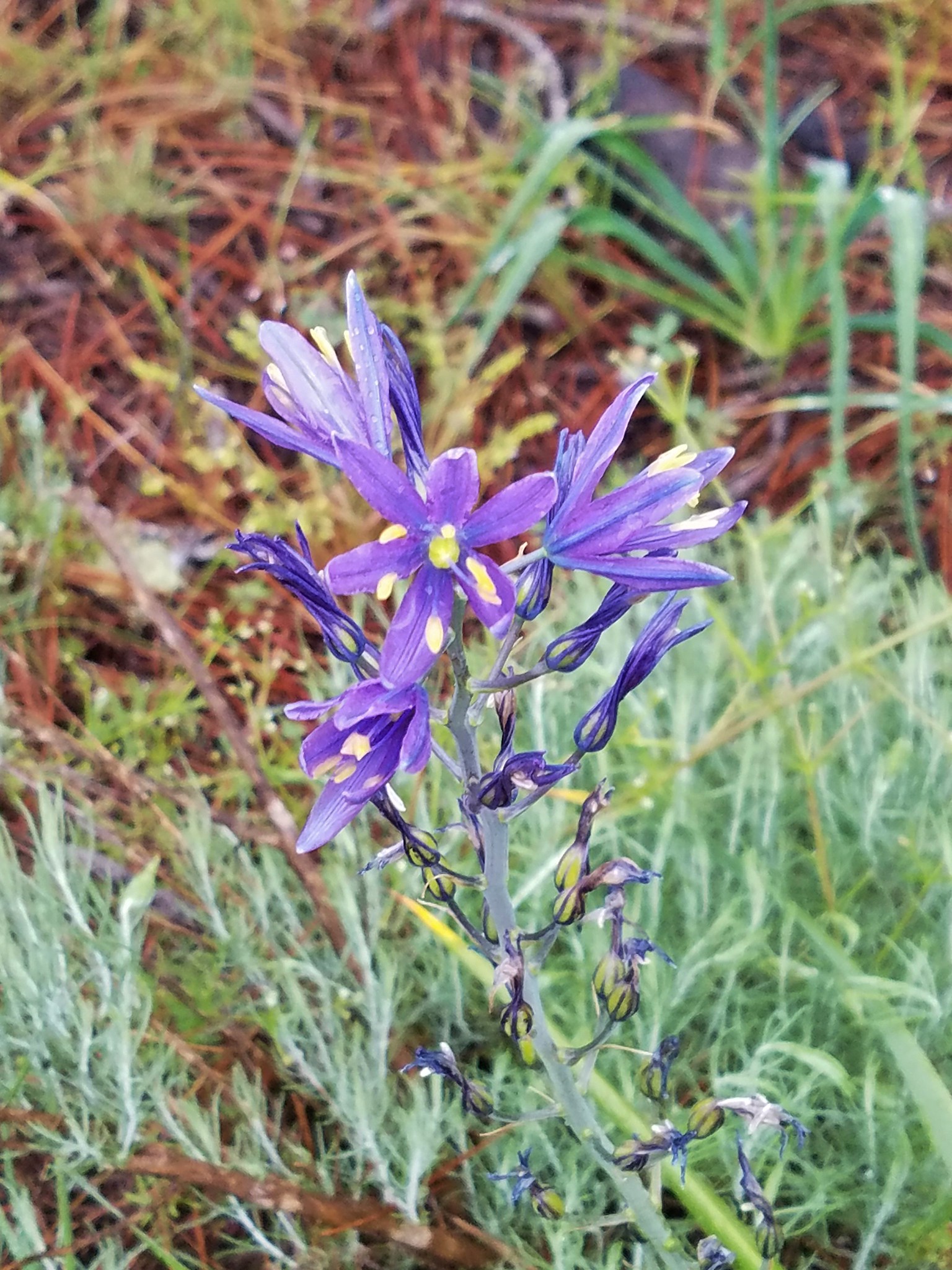 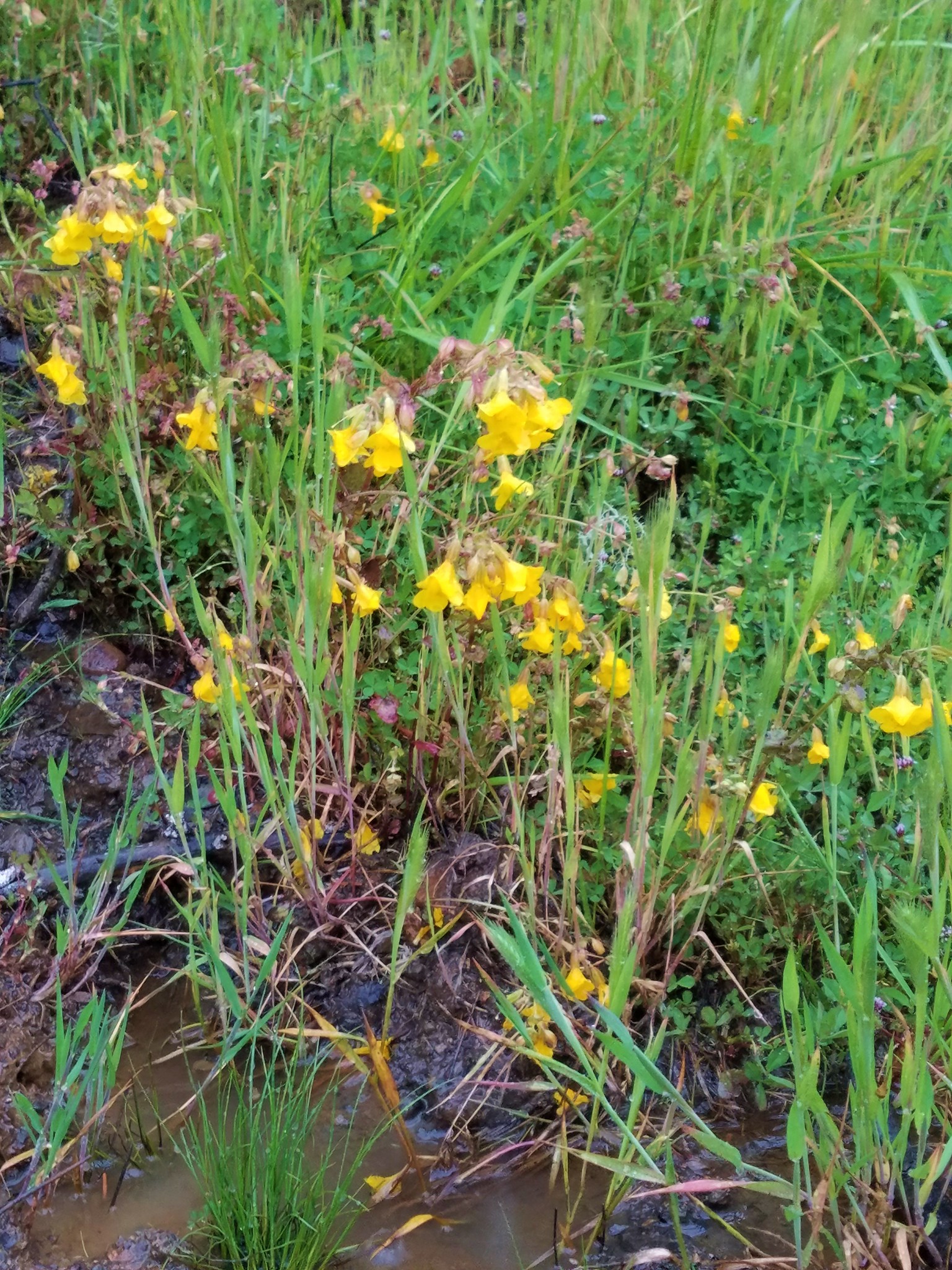 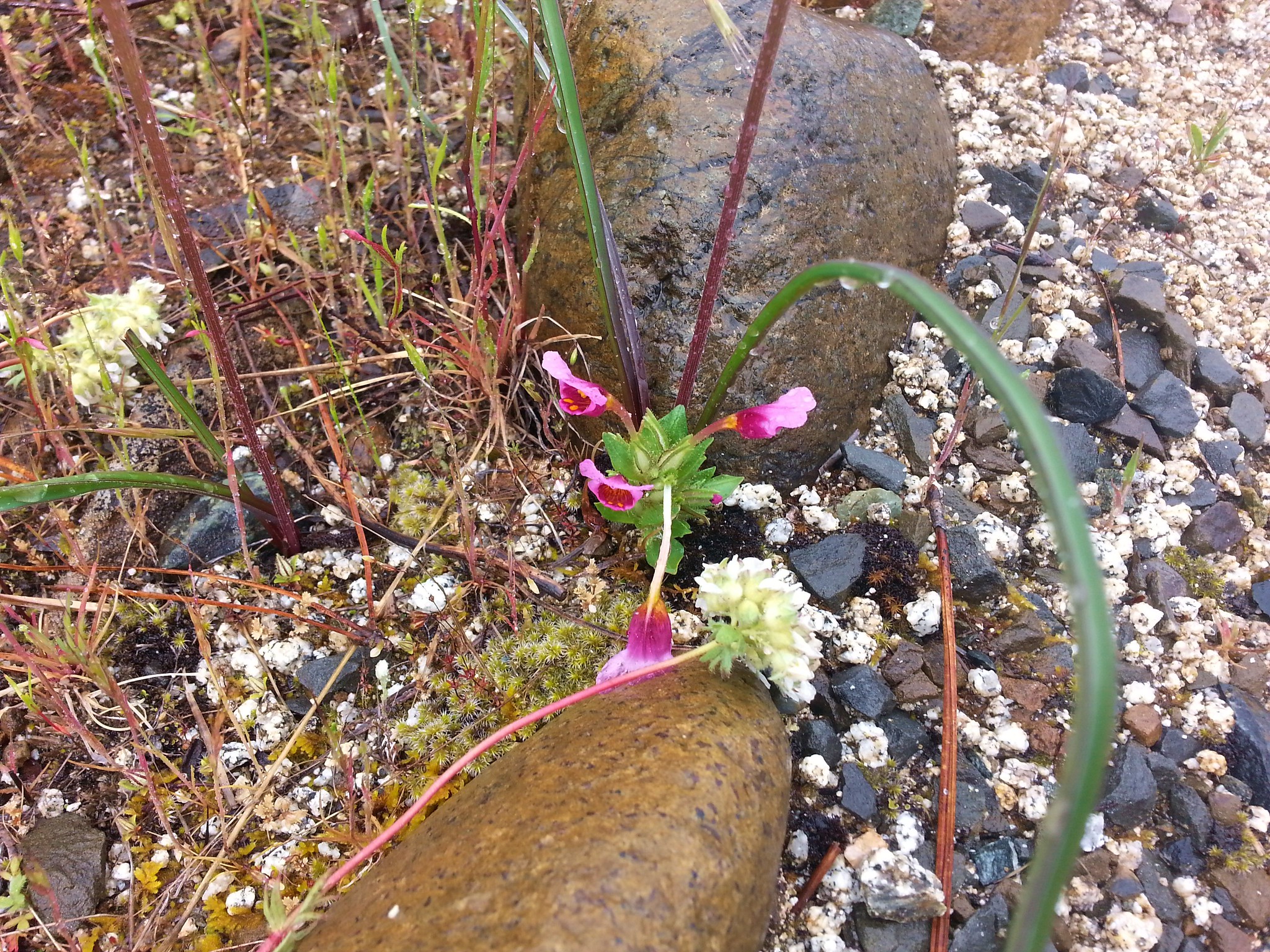 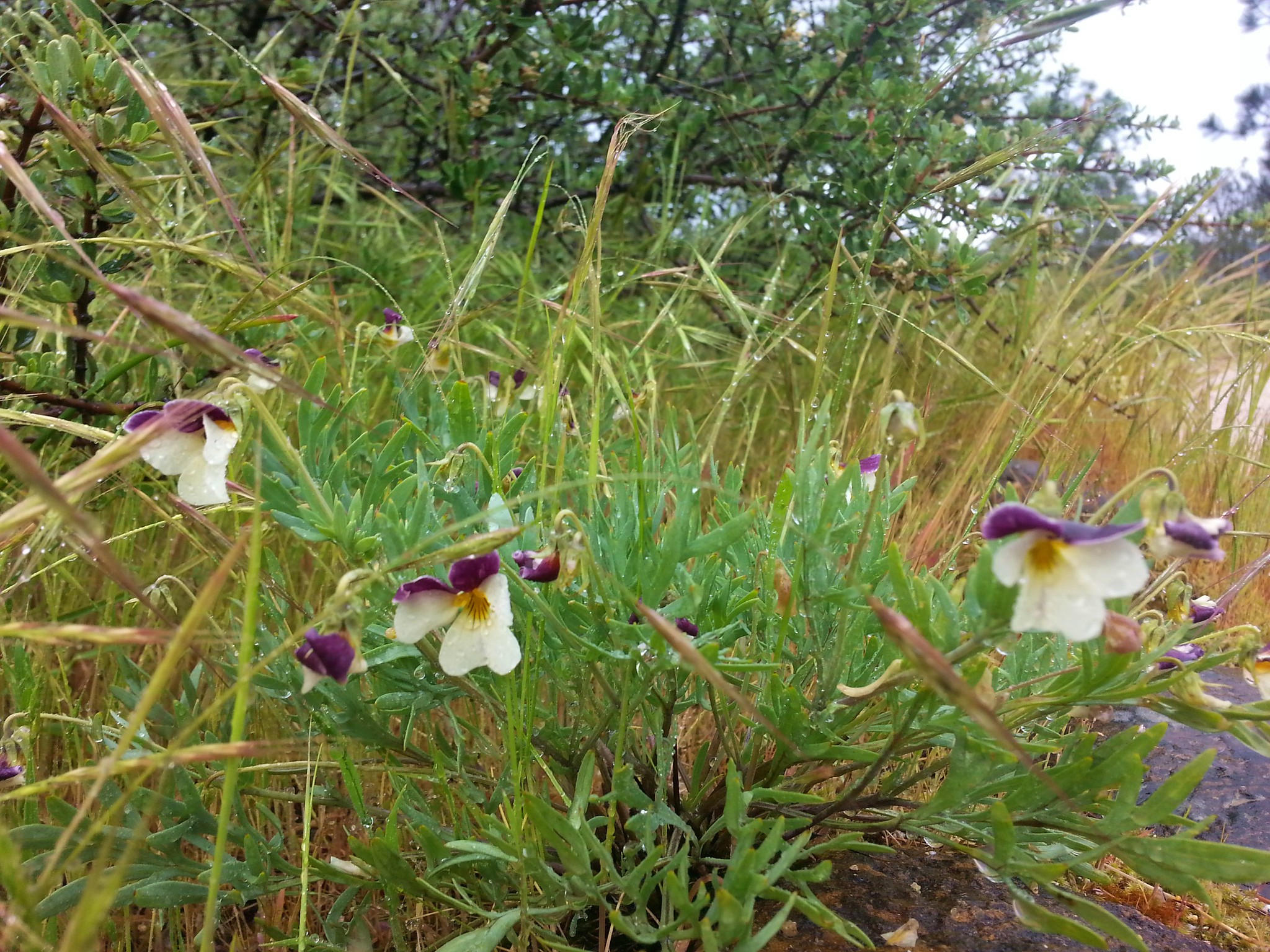 It was a tough 2.8 mile hike but well worth the stop. Our vacation hikes were over. We were down a camera, I wasn’t sure what was going on with my left foot, and I was hoping we’d make it home before I had any more rounds with the stomach flu, but in spite of all of that we had had a good time overall and been on some interesting hikes. When we got home we ordered a new camera and began to recover for our next outing. Happy Trails!