All good things must come to an end and it was time for our visit to the Eagle Cap Wilderness to end on the fifth day. We were up before 5am and were rewarded with a soft alpenglow. 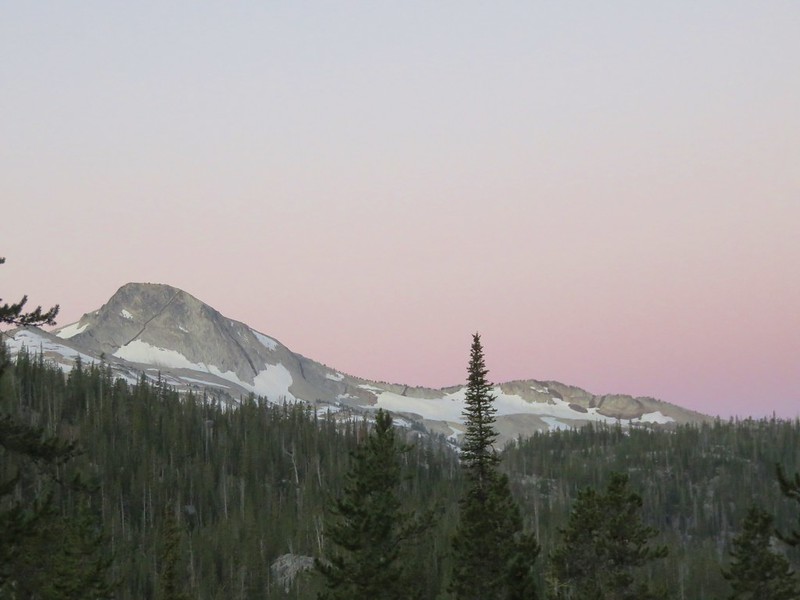 We ate some breakfast, packed up, and then made our way down to Horseshoe Lake. 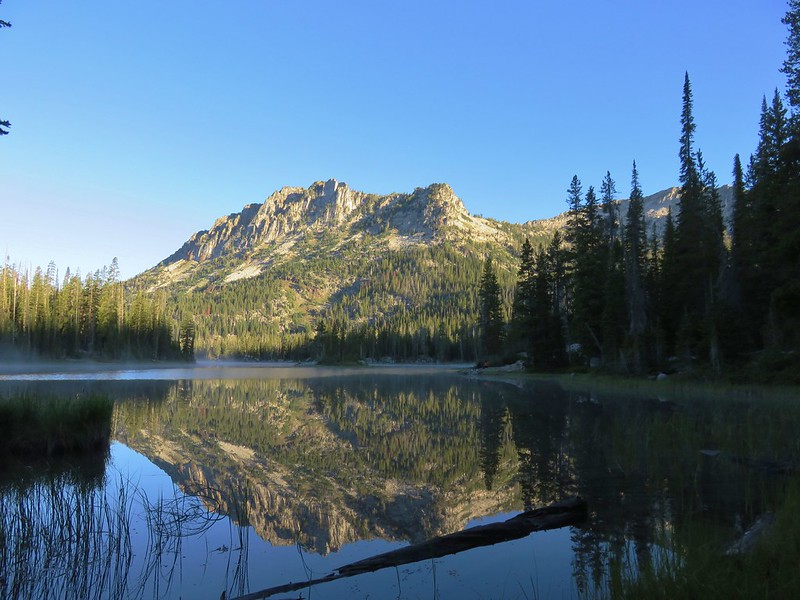 We then began a 3 mile descent to Sixmile Meadow along the West Fork Wallowa River. The trail up the river to Frazier Lake had been lined with wildflower meadows but this trail passed through a forest. 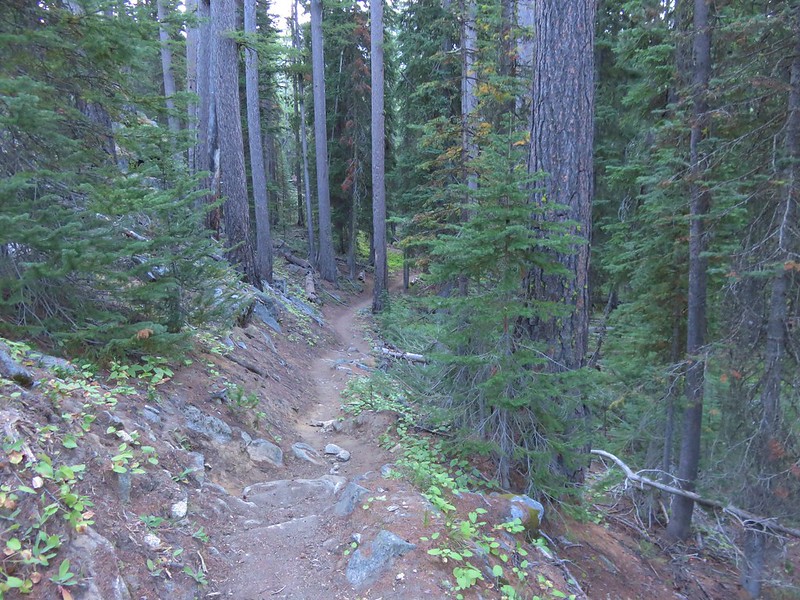 A few flowers were present as well as some ripe oval leaf blueberries. 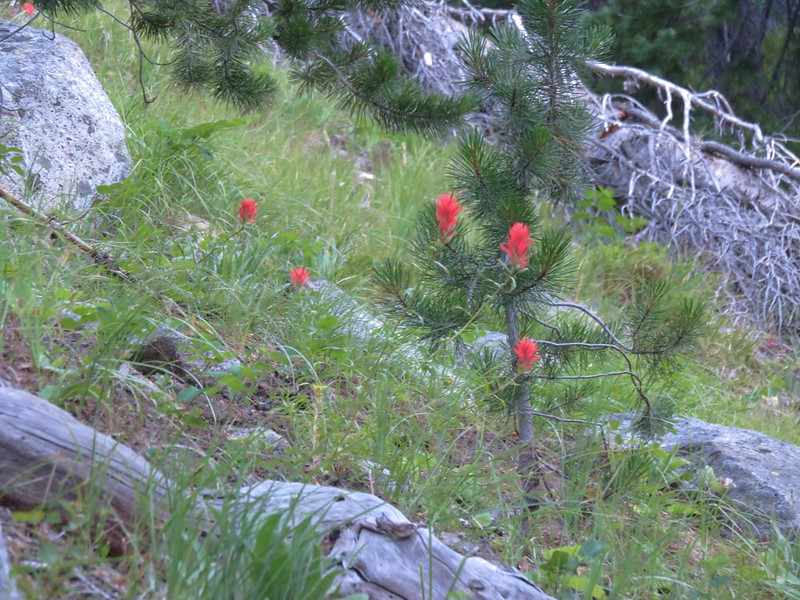 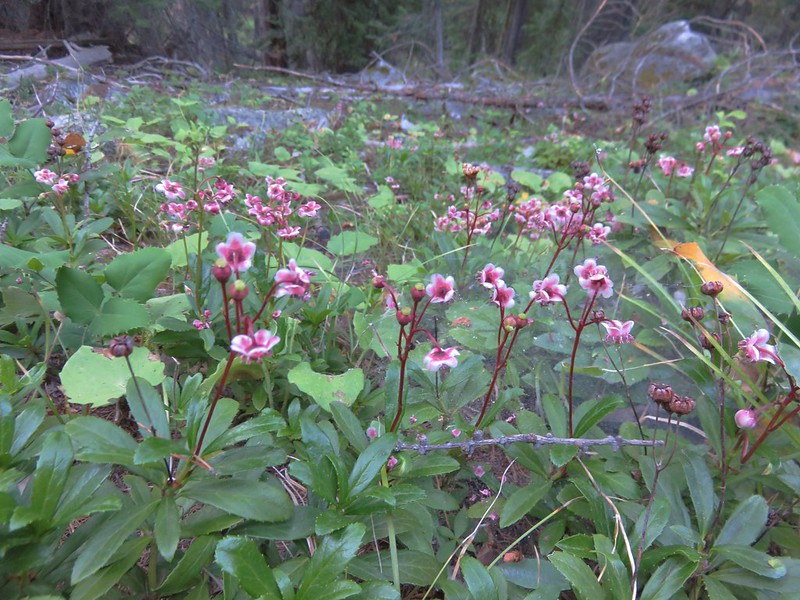 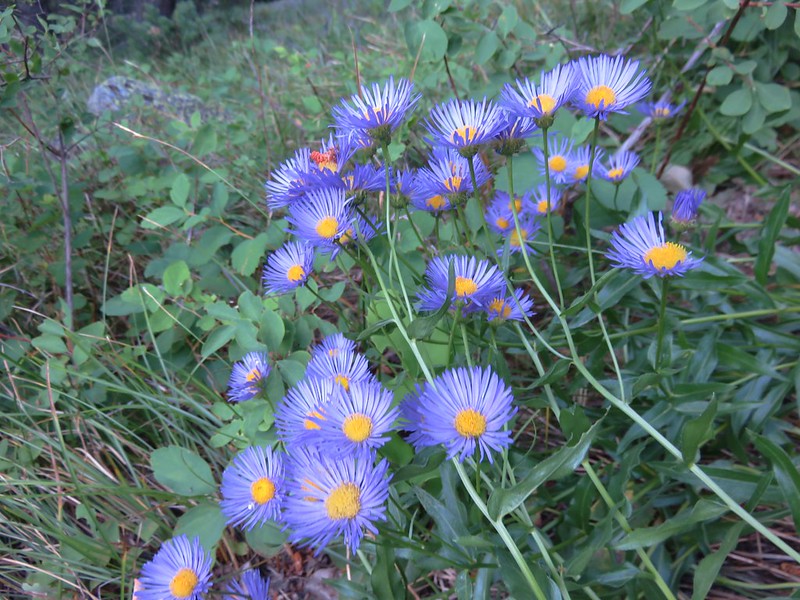 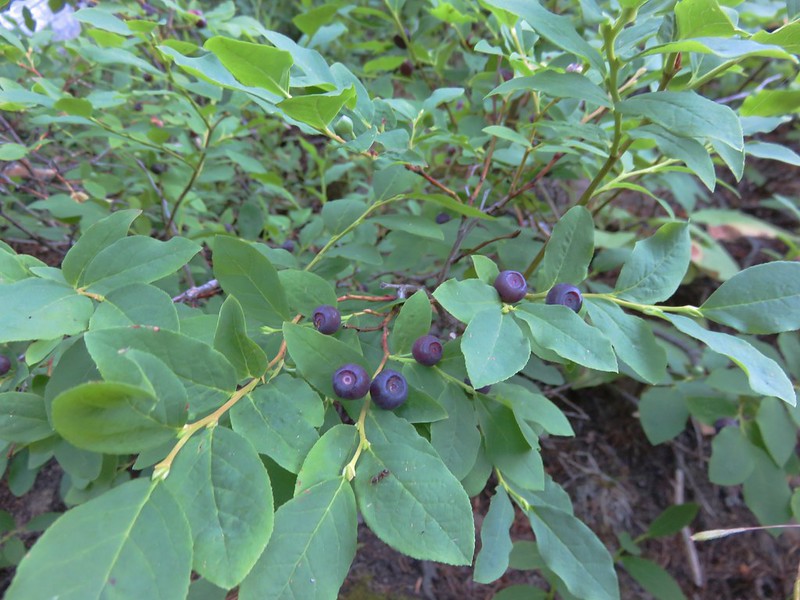 We had been discussing the fact that we hadn’t seen quite as much wildlife as we thought we might. A doe and her fawn had walked right past our tent on the first night and we’d seen a pair of mountain goats on the second day while heading up to the Matterhorn, but otherwise it had been a lot of birds, chipmunks and squirrels. As we came around a switchback we spotted a snowshoe hare. 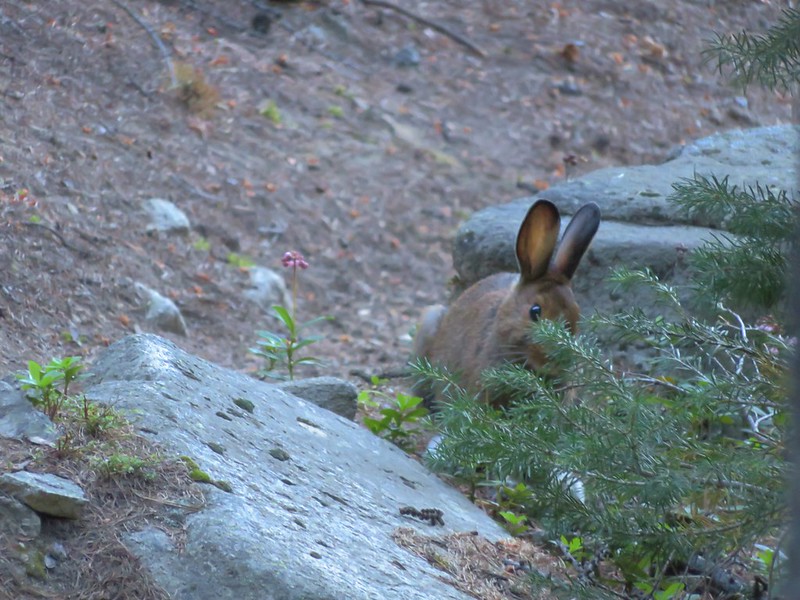 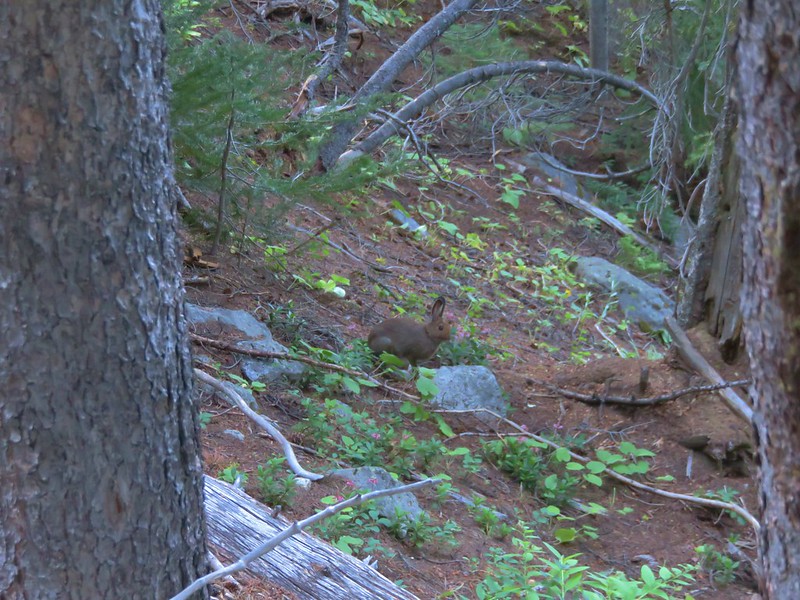 The trail leveled out as we neared Sixmile Meadow and the temperature dropped. A light frost covered the plants along the path. 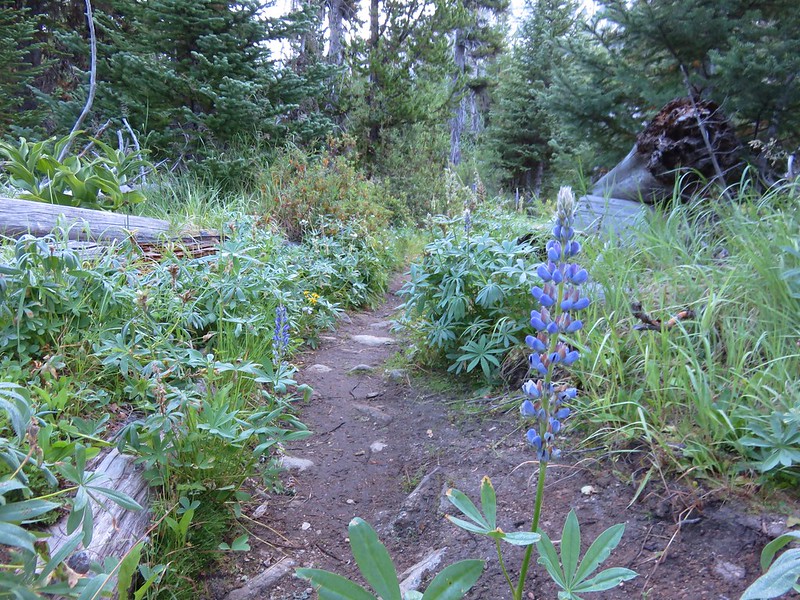 Logs allowed us to cross 2 branches of the river. 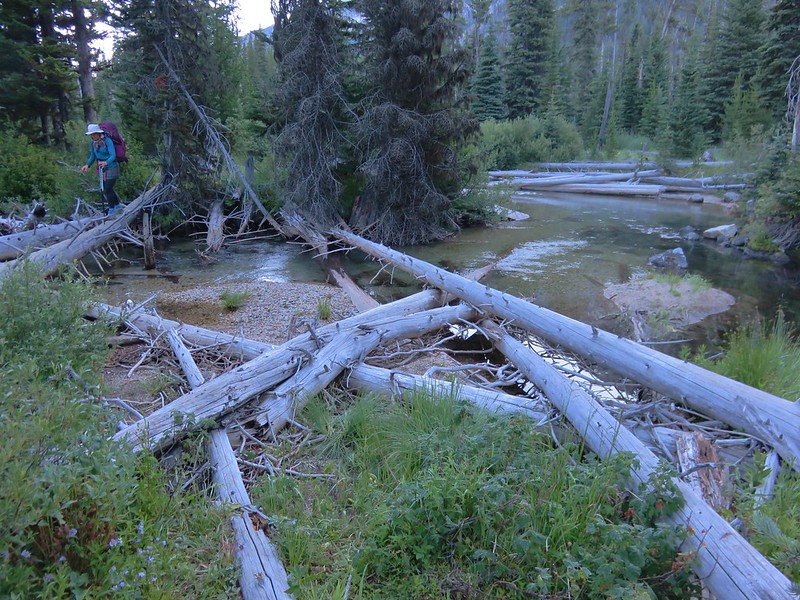 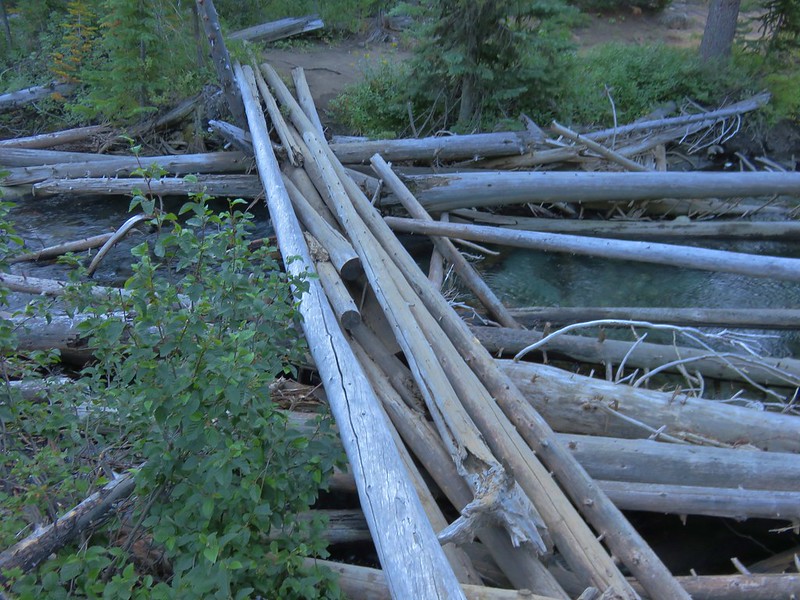 We passed through Sixmile Meadow before turning left on the West Fork Wallowa Trail. 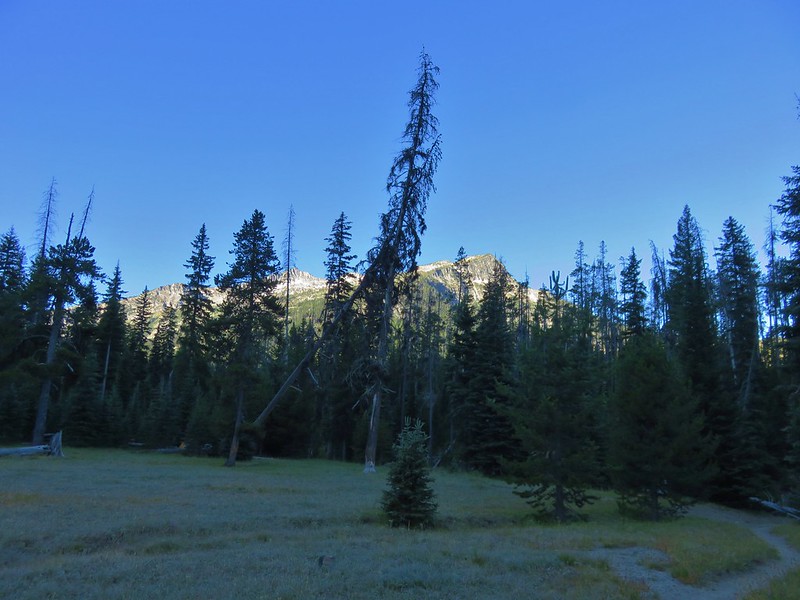 We were now on a familiar trail but despite having seen the scenery there were some new sights in the form of wildlife.
Grouse 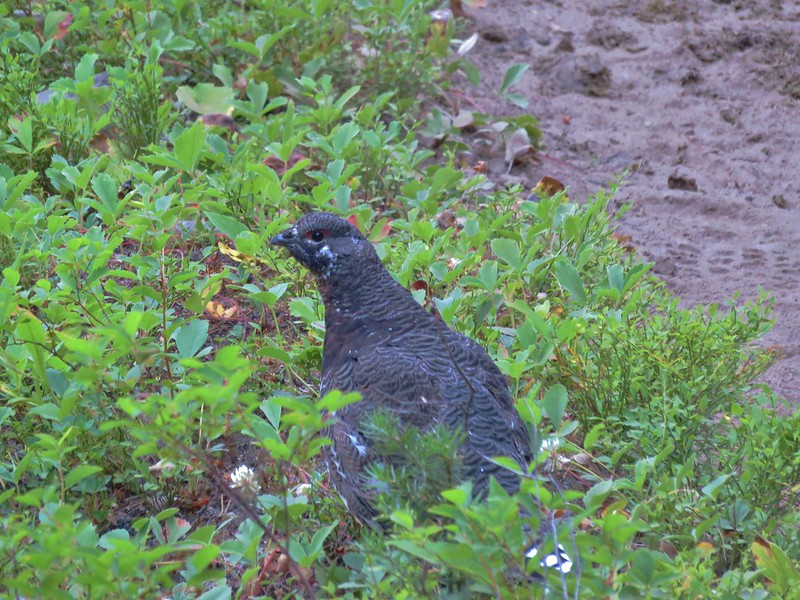 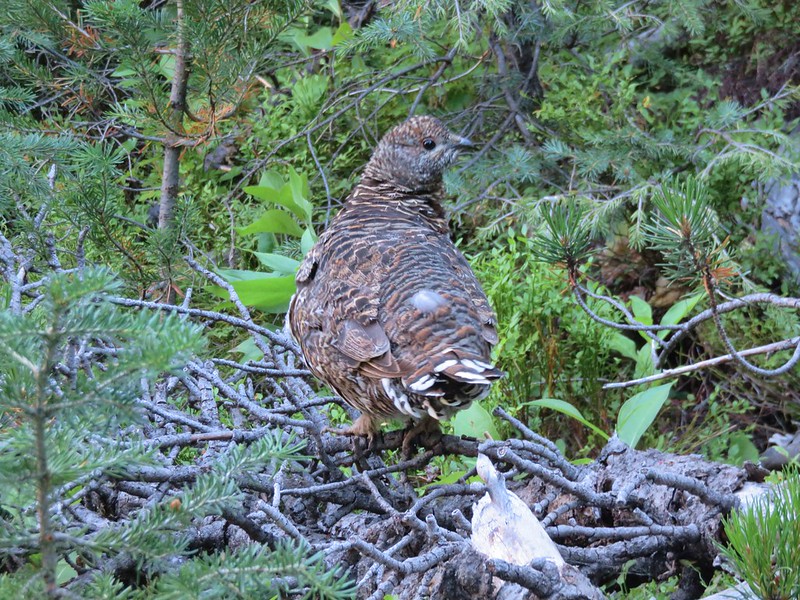 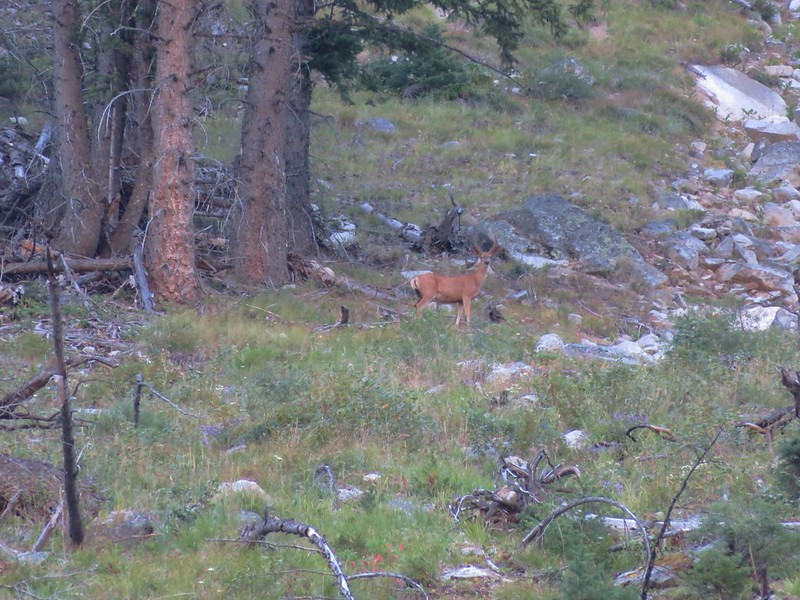 All in all it had been a great trip. We had had a couple of hiccups with Heather being ill the first night and having trouble finding a campsite the second and fourth nights but the weather had been wonderful and the scenery superb. After changing and doing a little bit of cleanup at the car we stopped for lunch in Joseph at the R & R Drive-In which really hit the spot. We each had a Zeke Burger and split an order of some spectacular tater-tots.

We were able to take I84 on the way home but decided to leave the Interstate at Hood River in an attempt to avoid driving through Portland during rush-hour on a Thursday. We drove past Mt. Hood on Highway 35 to Highway 26 then took State Highways through Estacada, Mollala,and Woodburn to avoid traffic. Happy Trails!

Epilogue – After spending five days in the Eagle Cap Wilderness of NE Oregon we found ourselves at the beach for our annual family reunion in Gleneden Beach, OR. For the first time we brought our camera and for the first time we spotted whales off the coast. 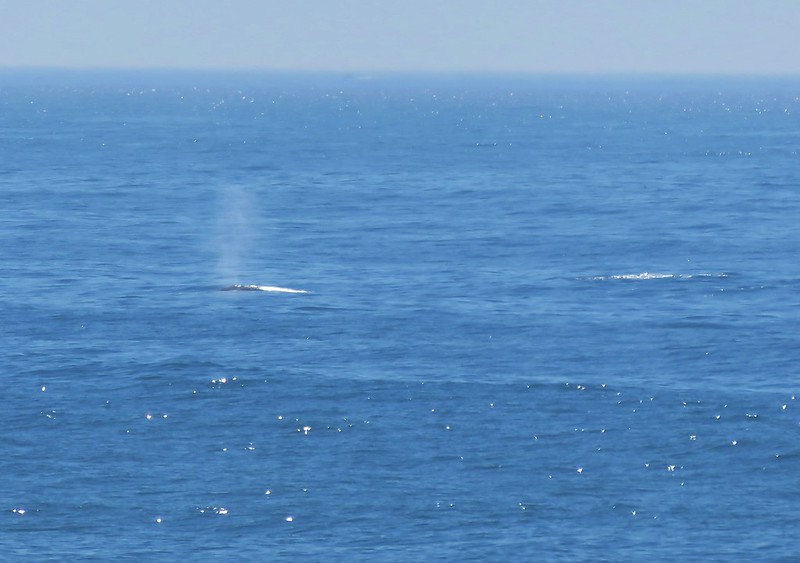 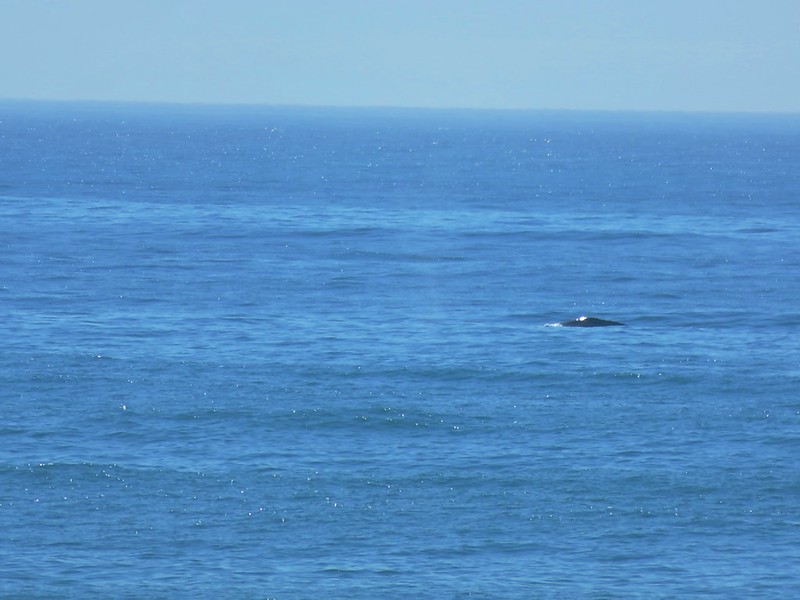 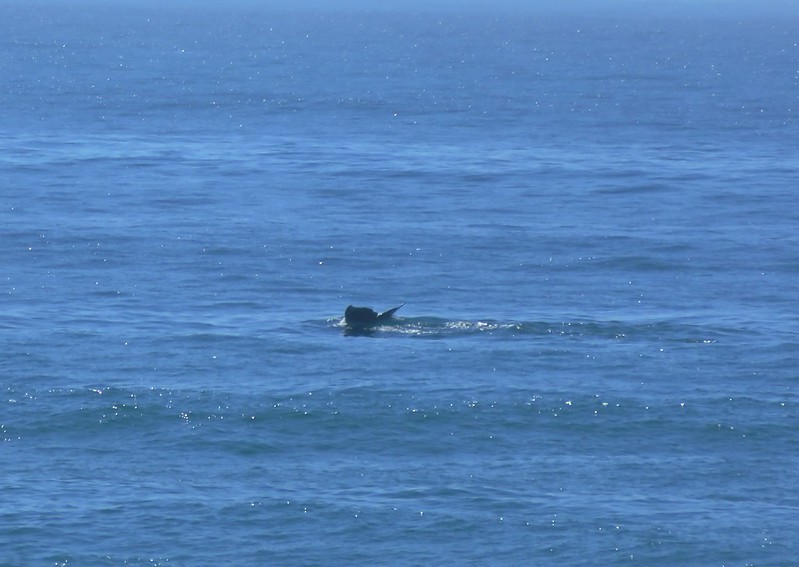 In the course of a week we’d gone from seeing mountain goats on the way up a 9826′ peak to watching whales surface from sea level. Just one of the reasons why we love living in the Pacific Northwest.