We typically try and have a relatively short hike (by our standards anyway) planned for our drive home from vacations. For our Medford trip this wound up being a 6.8 mile hike on the Enchanted Forest and Felton Memorial Trails. The trailhead is located approximately halfway between Jacksonville and Grants Pass. To reach it from Medford we took Highway 238 through Jacksonville and turned right on North Applegate Road at the community of Applegate. After 4.5 miles, where N. Applegate Road turned sharply left, we continued straight on Kubli Road for 100 feet before turning right on Slagle Creek Road. We followed that road for 1.5 miles to its end where we parked on the shoulder away from the private driveways. 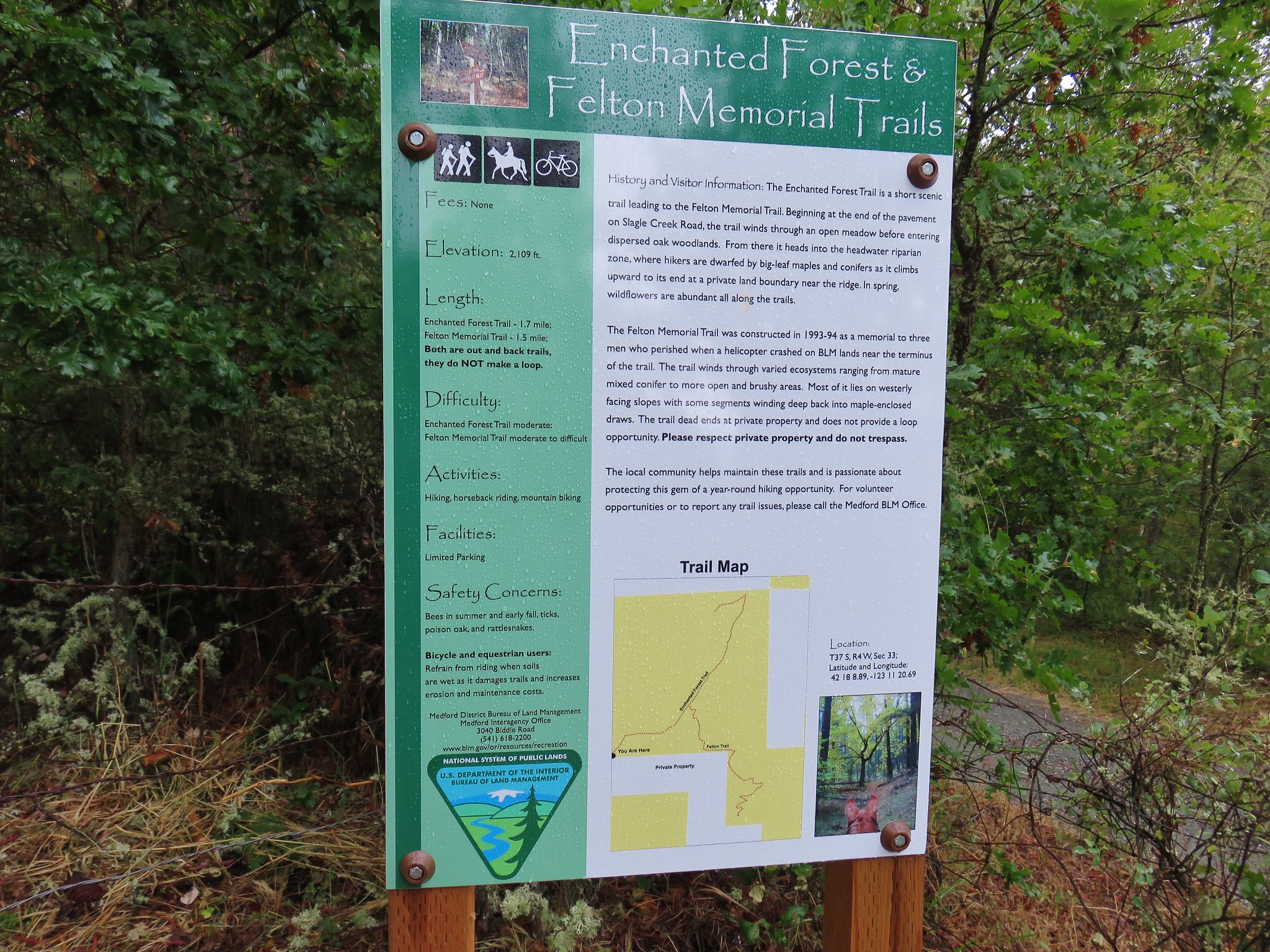 The Enchanted Forest Trail began on the far side of a green gate and passed through a brief section of trees before entering a meadow. 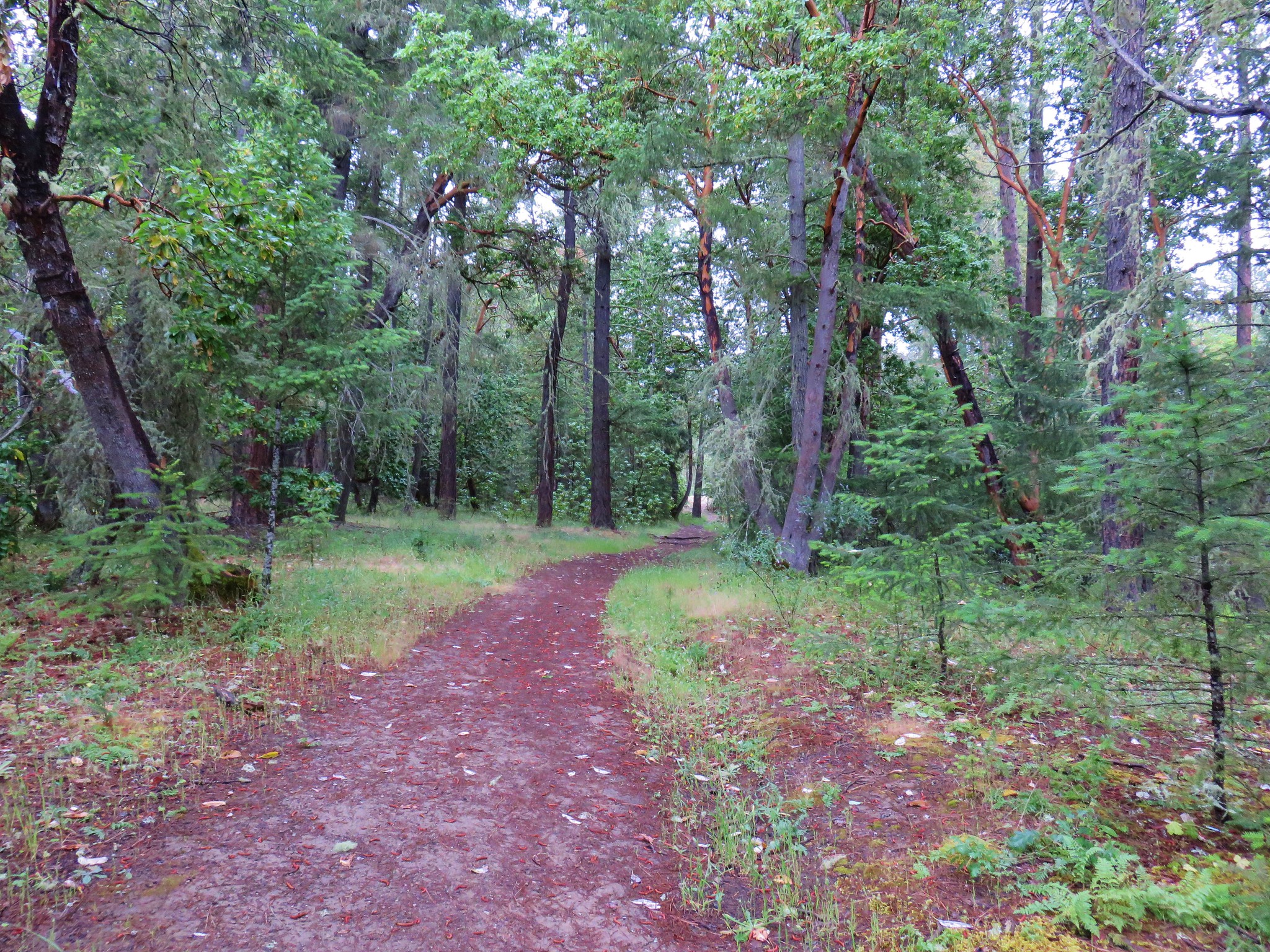 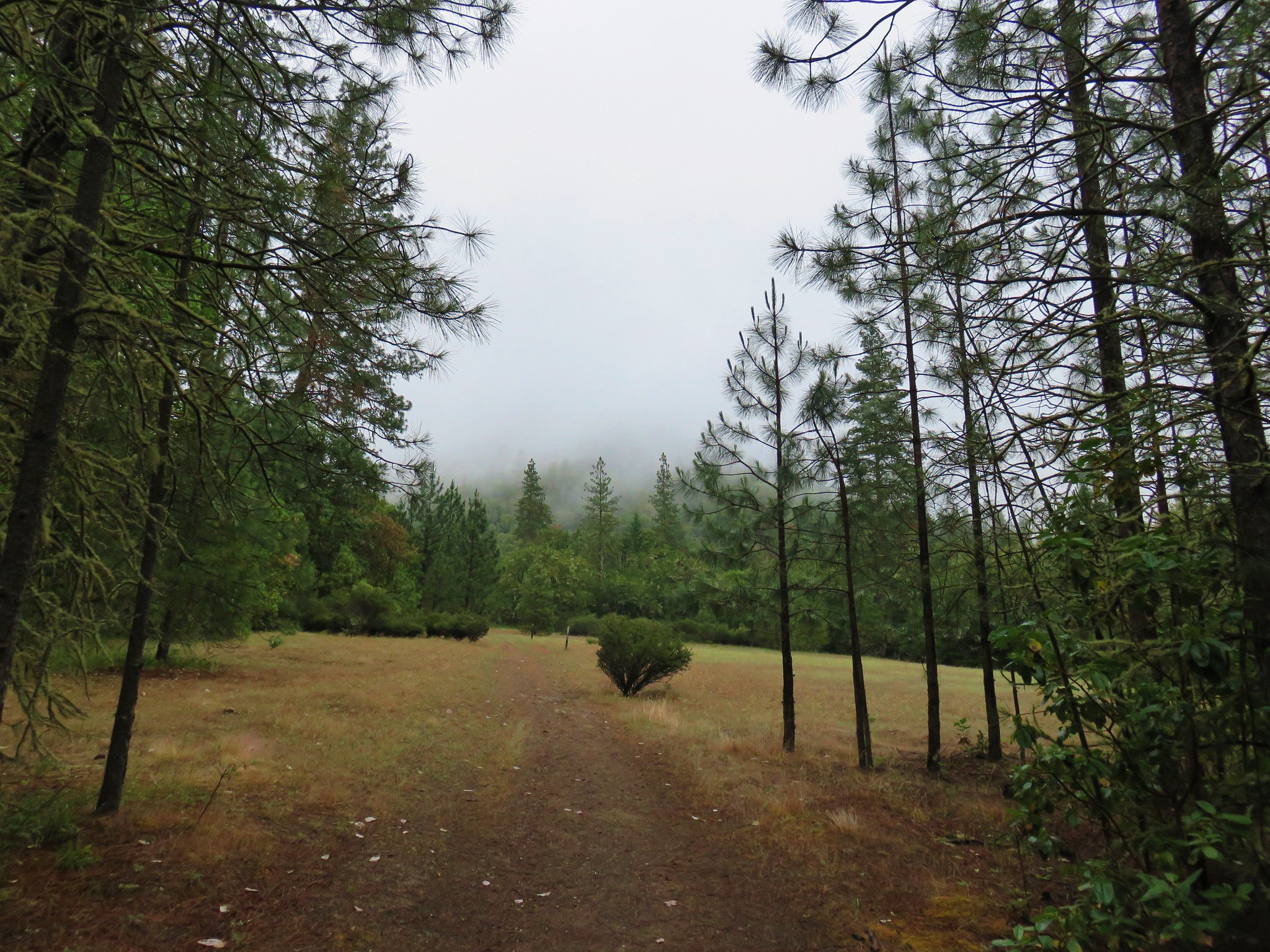 The trail split in the meadow with a hiker only trail going straight and the right hand fork open to horses and bikes. The trails rejoin after .2 miles making a short loop. We stayed on the hiker path. The trails rejoined before re-entering the forest and passing an old pickup. 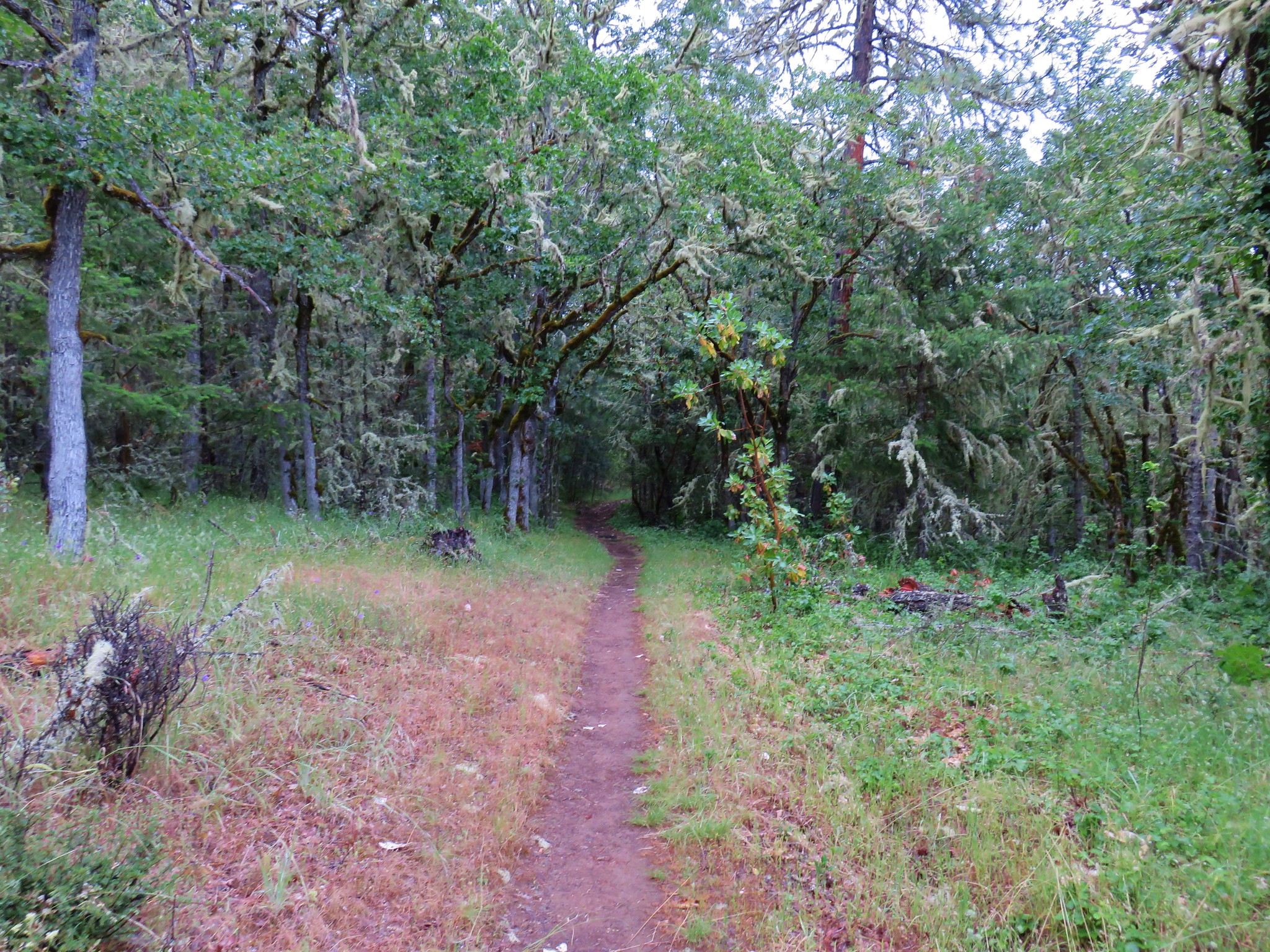 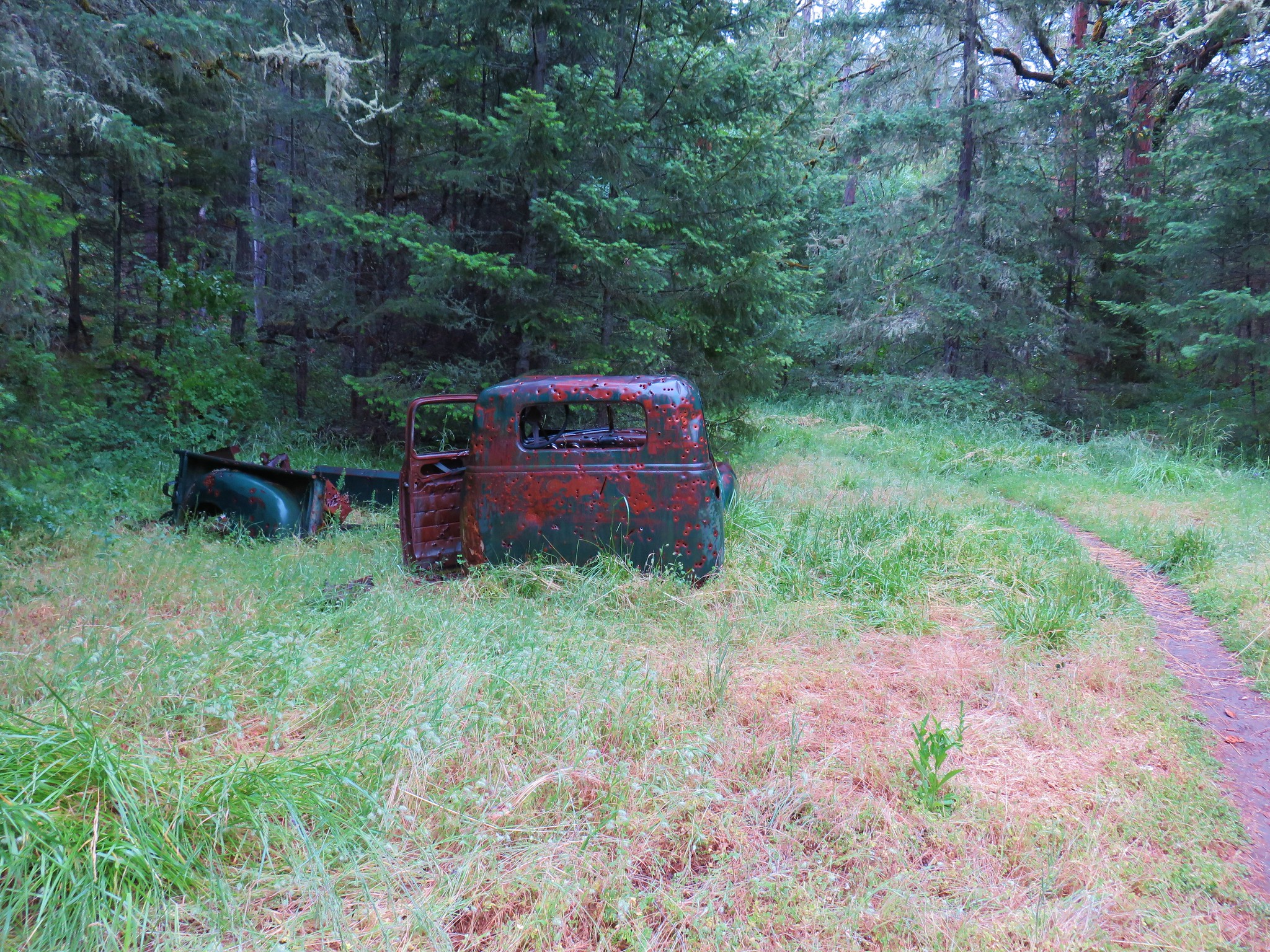 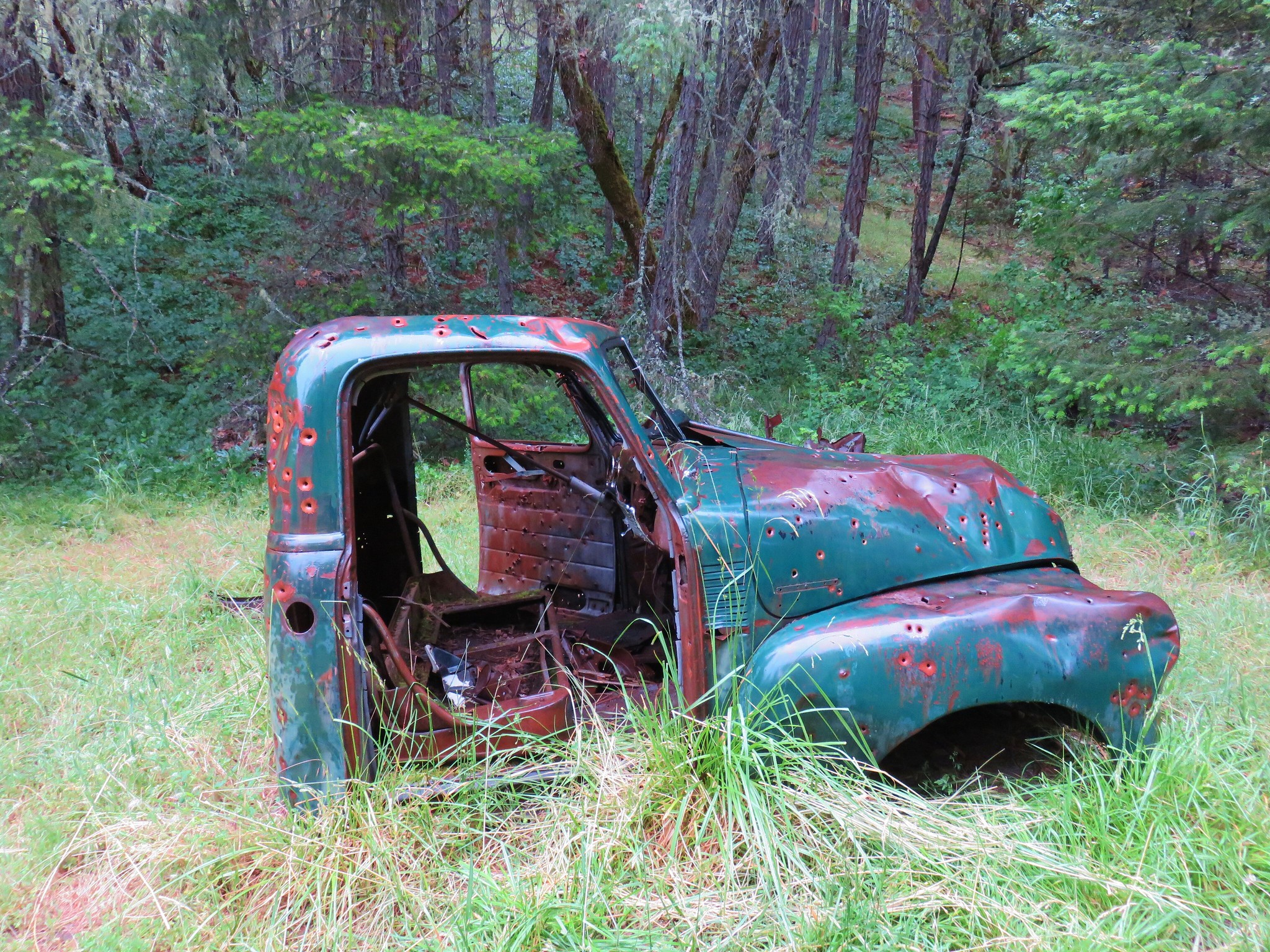 At the .7 mile mark we arrived at the signed junction with the Felton Memorial Trail. 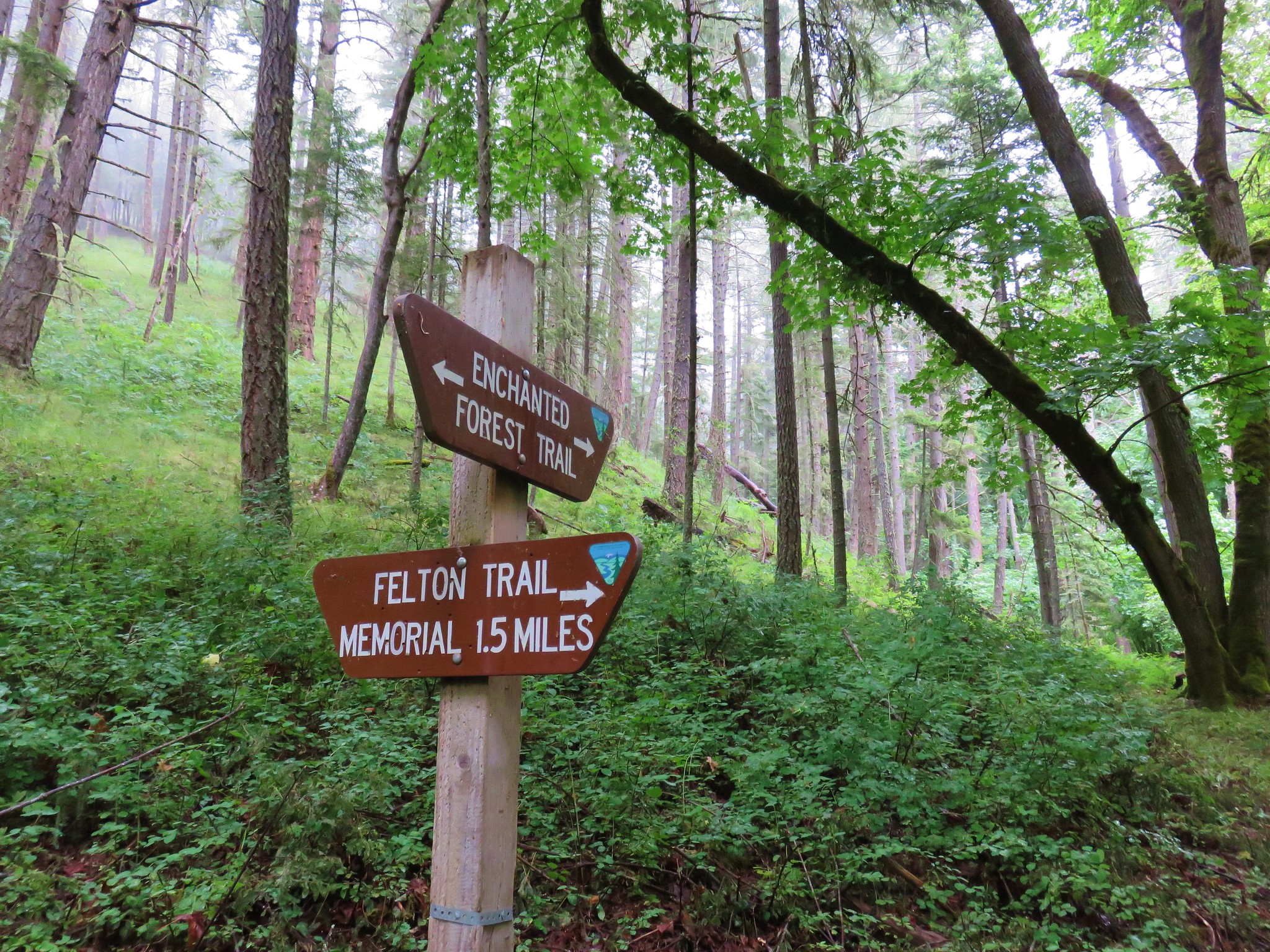 We turned right onto the memorial trail which crossed a nearly dry creek then gently rolled up and down along the hillside before dropping to the memorial which honors the three victims of a 1993 helicopter crash. 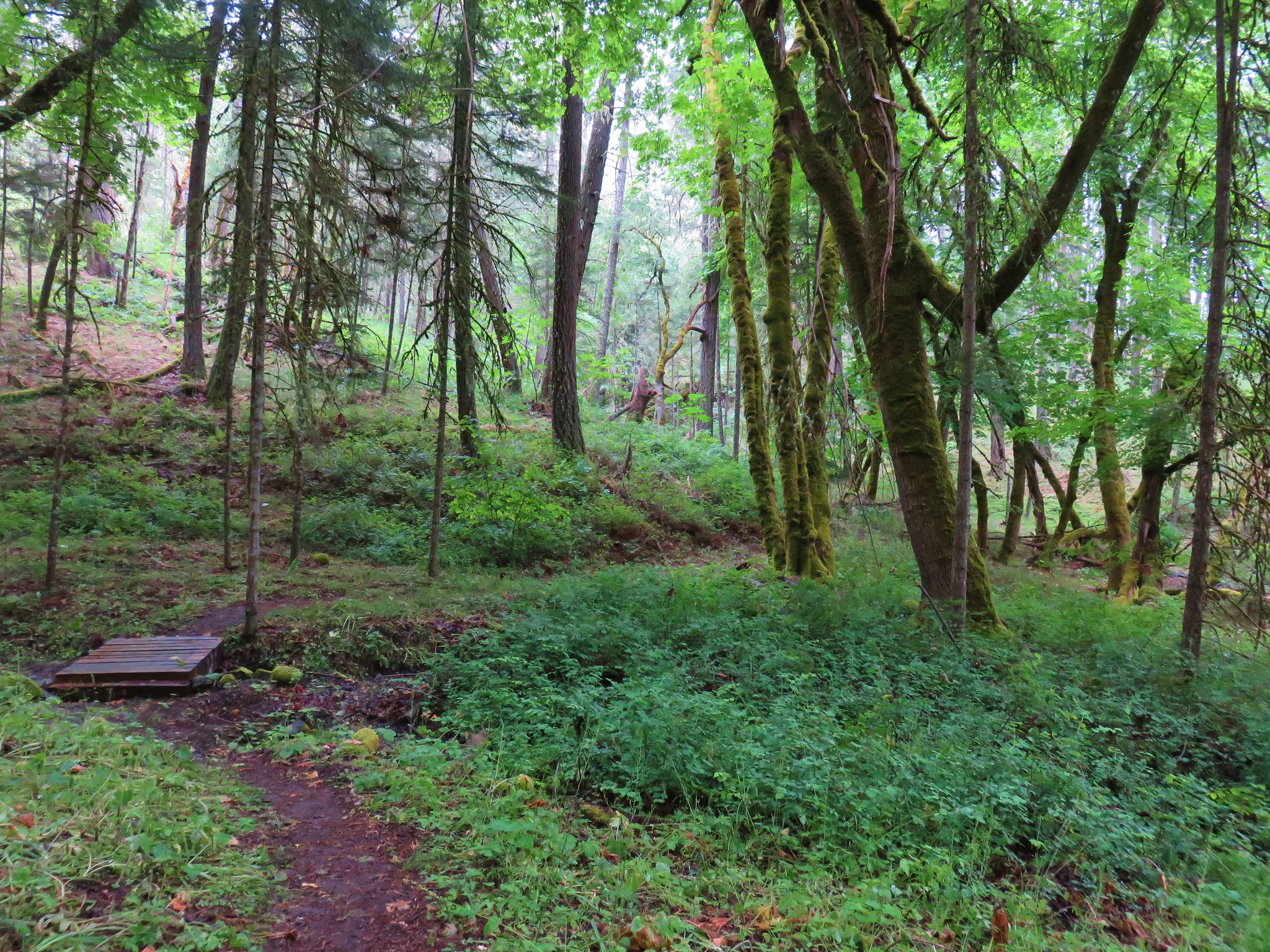 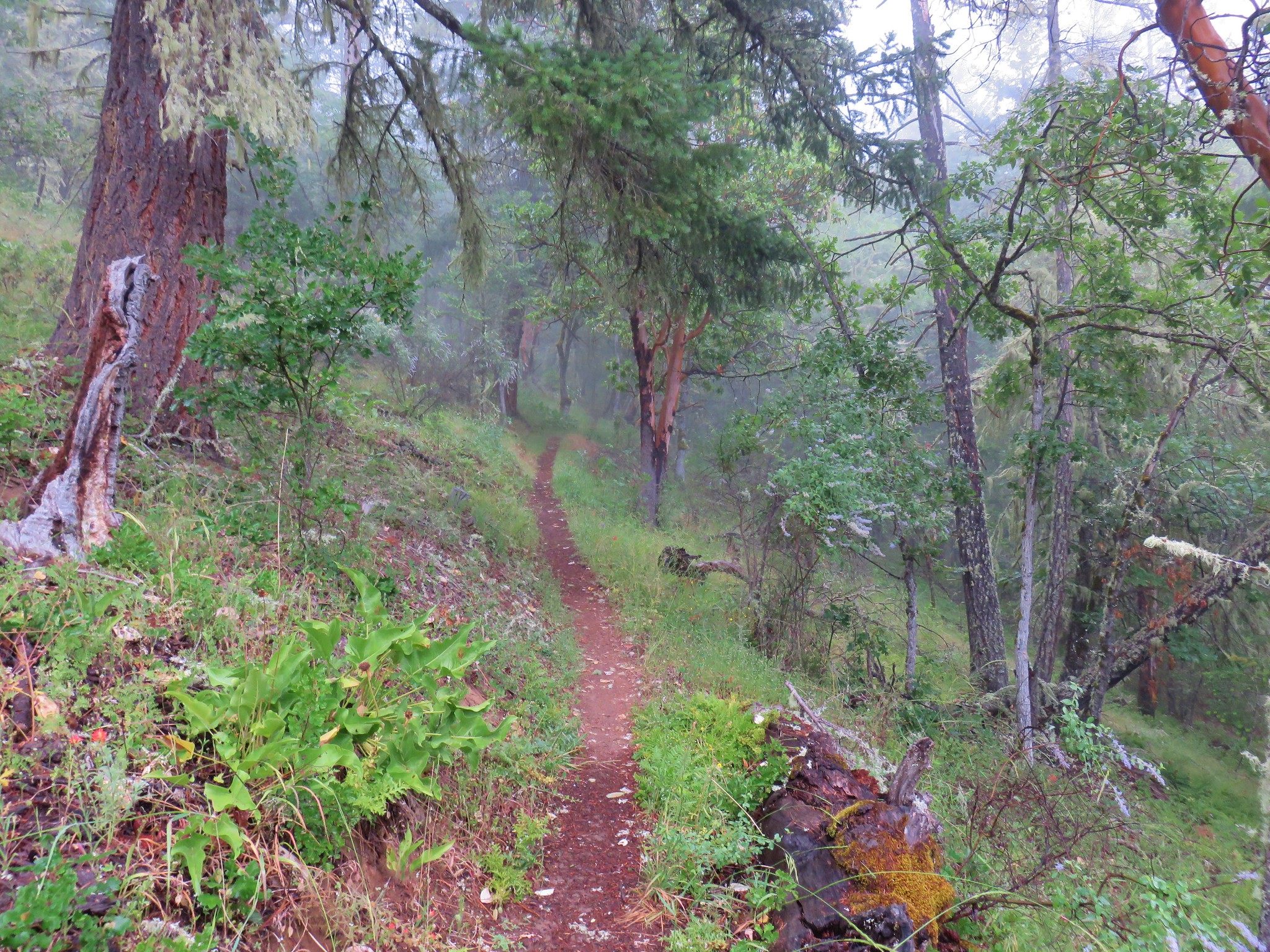 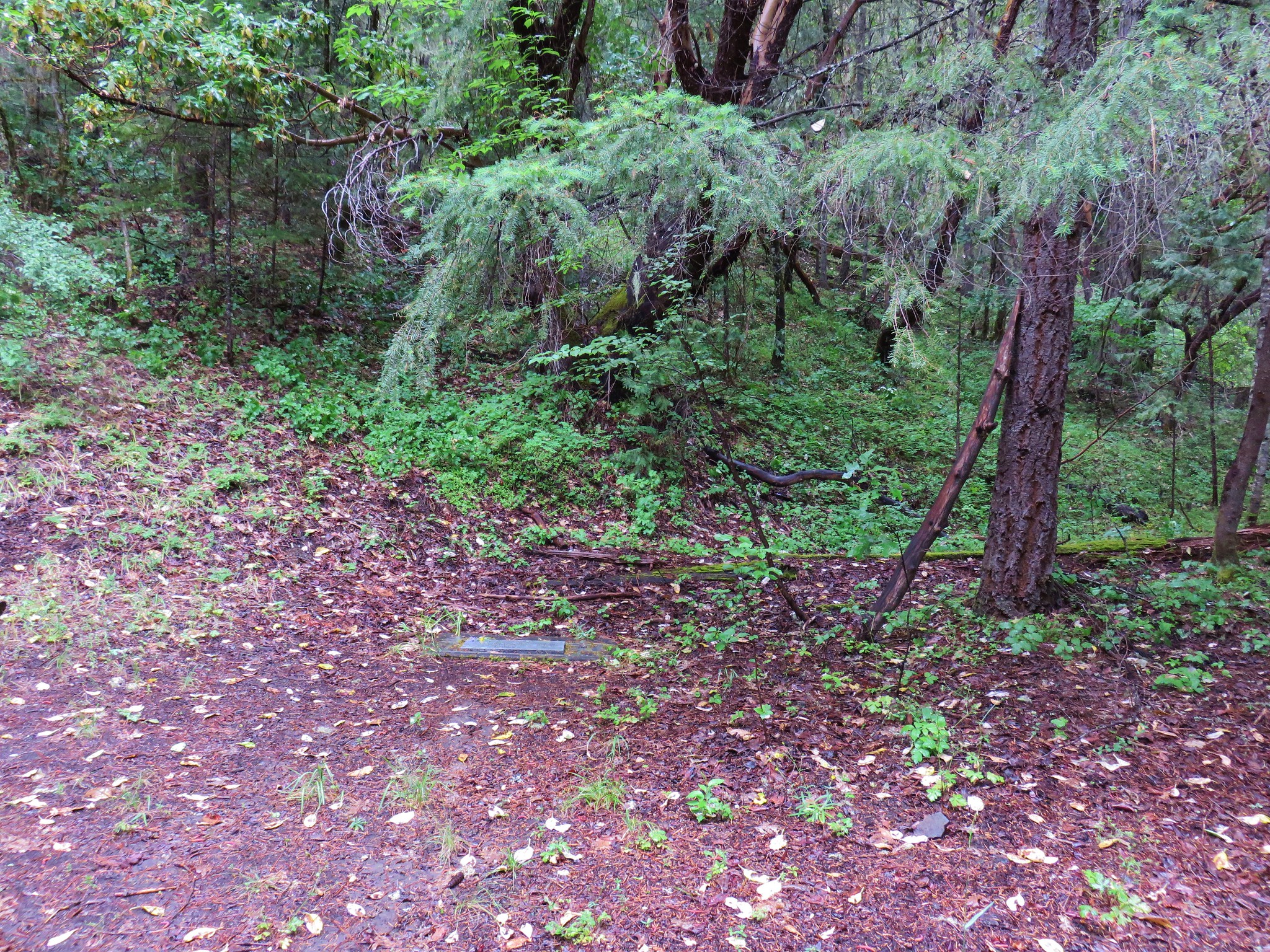 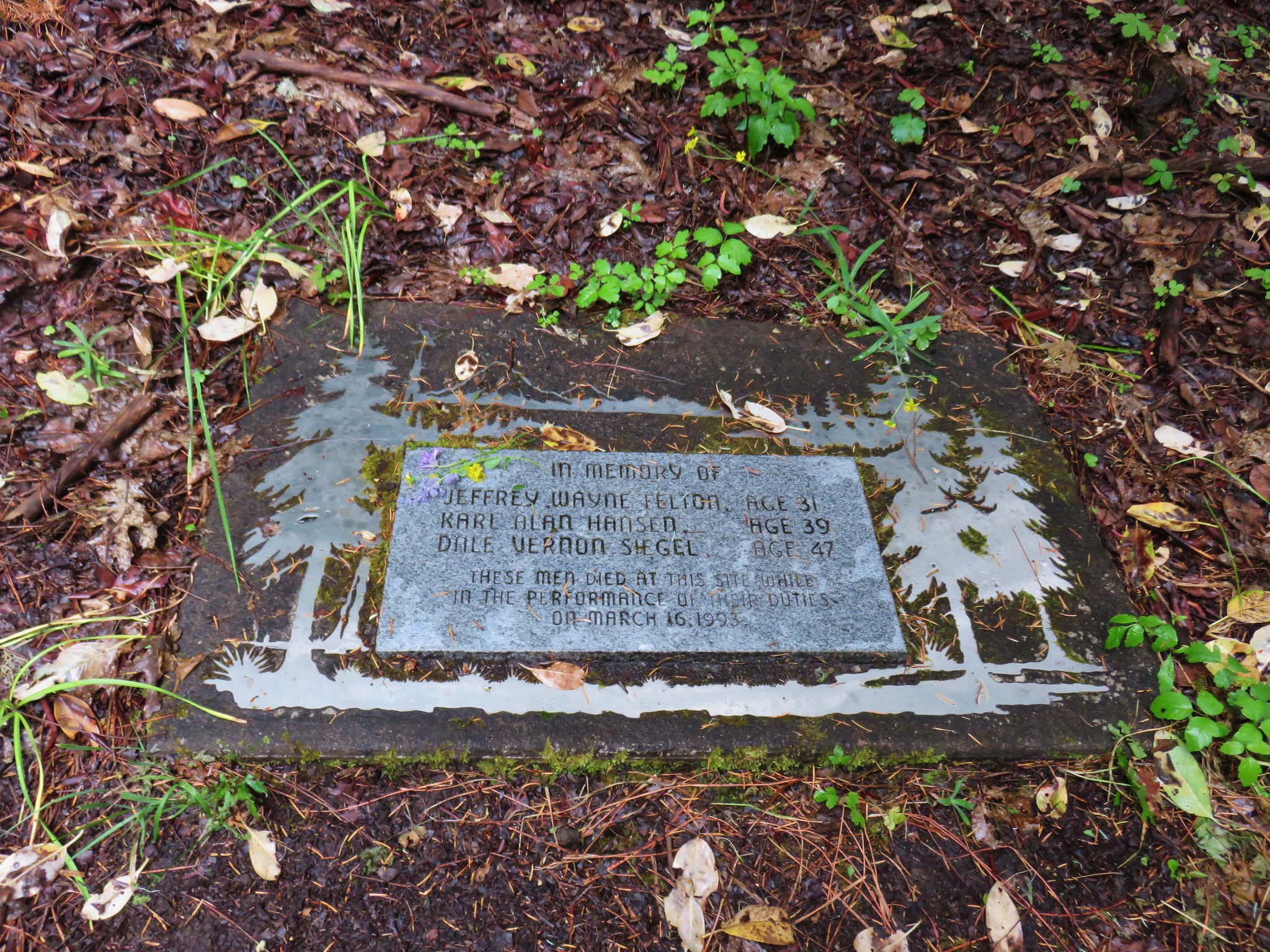 After paying our respects we returned to the Enchanted Forest Trail and headed uphill. This trail climbed gradually along an off and on again creek through a green forest that was made a little more enchanted by the fog. 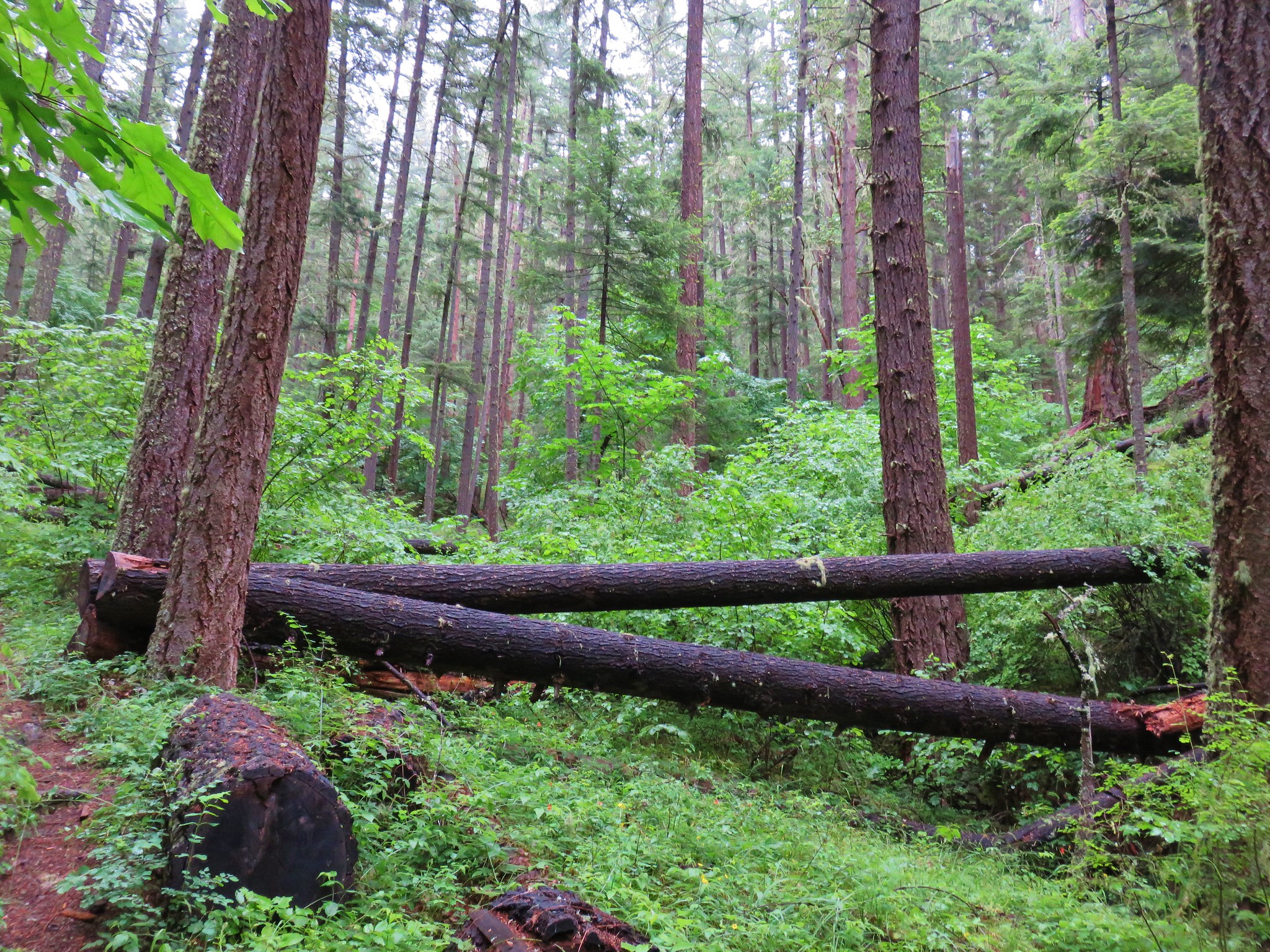 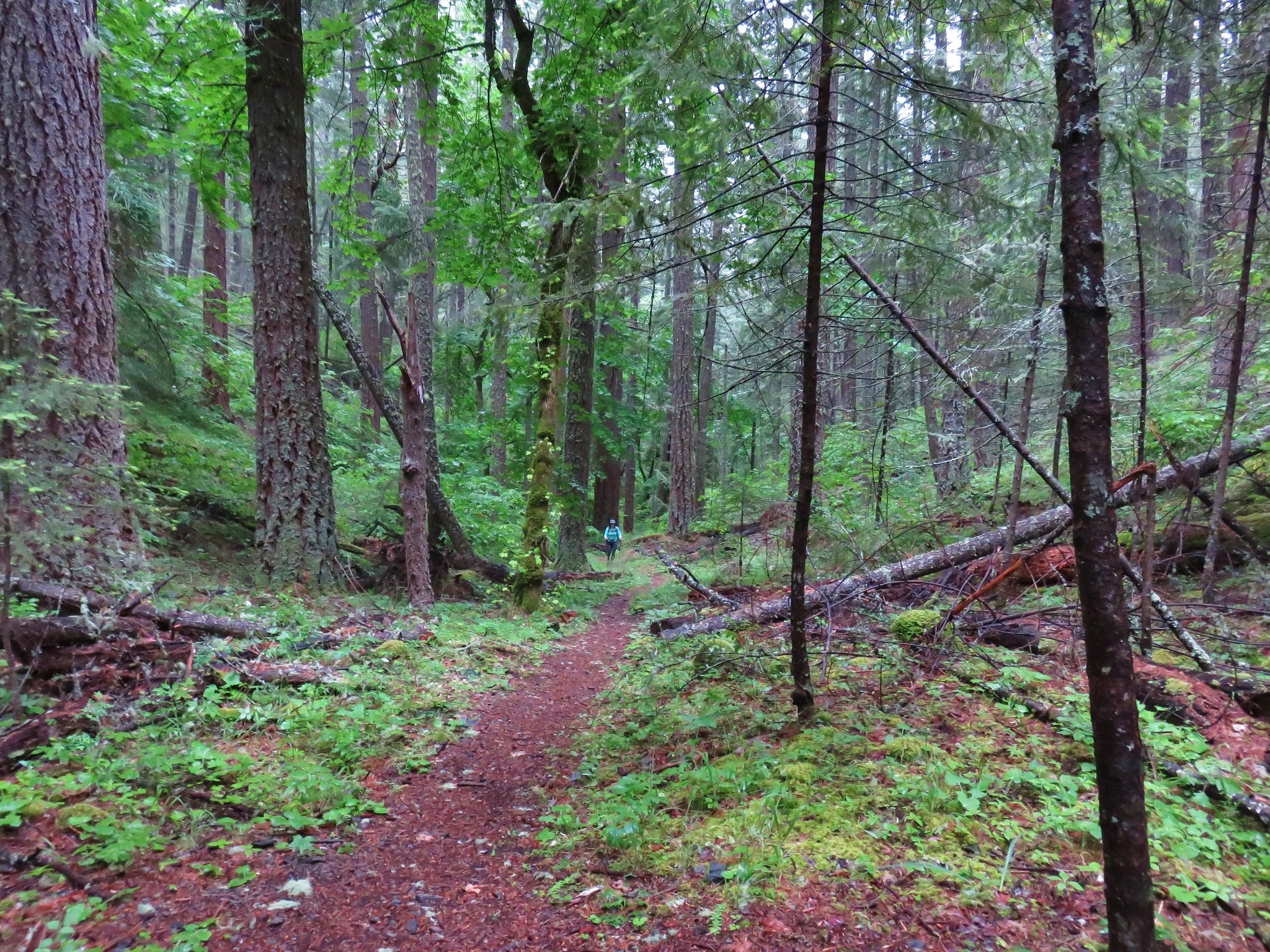 Approximately three quarters of a mile from the trail junction the Enchanted Forest Trail turned sharply left, away from the creek and launched uphill at a fairly steep grade. The climb only lasted about two tenths of a mile where the trail came to a brushy opening with a few wildflowers. On a clearer day there would have been a view of the valley below but it was too cloudy on this day. 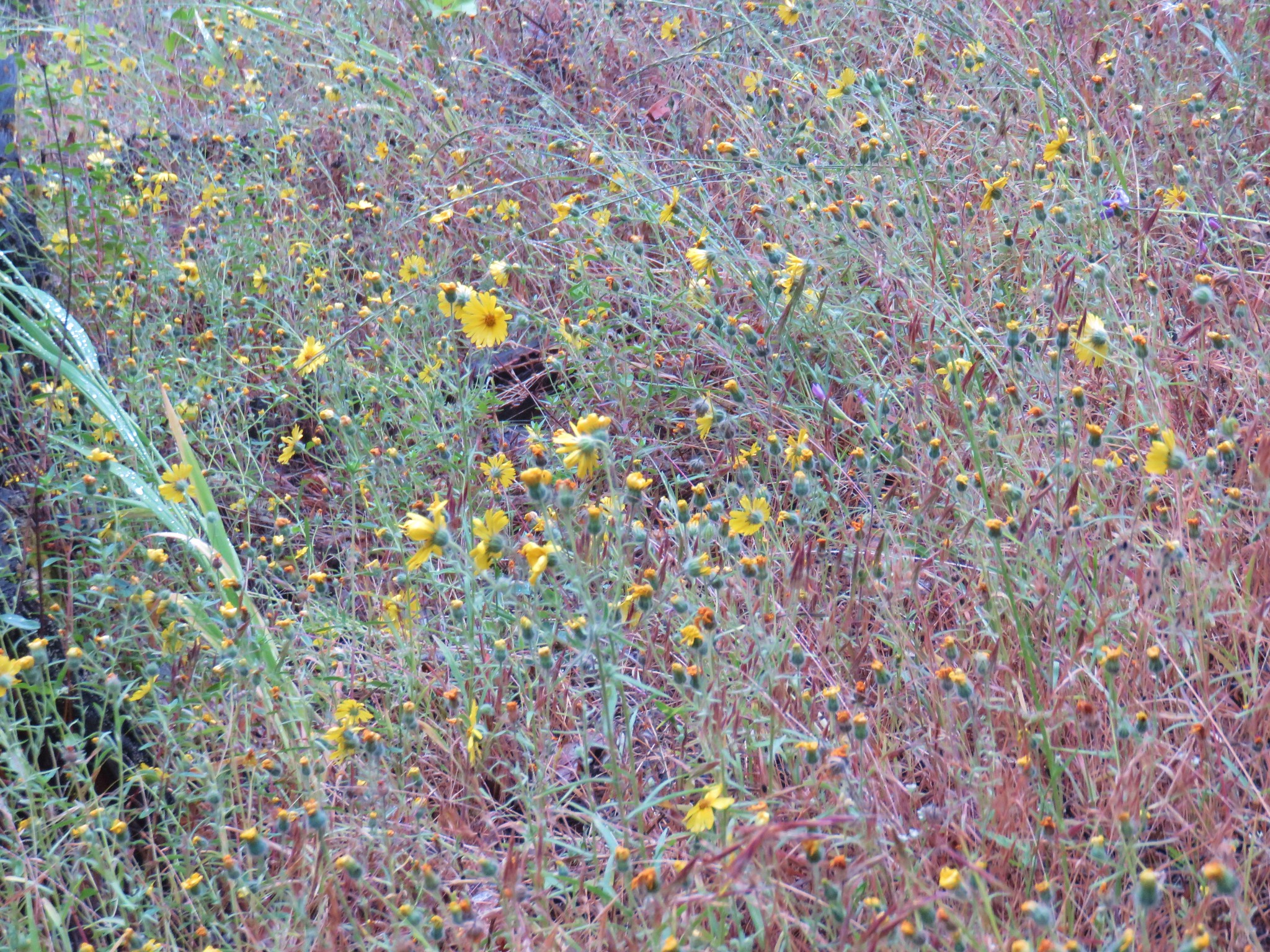 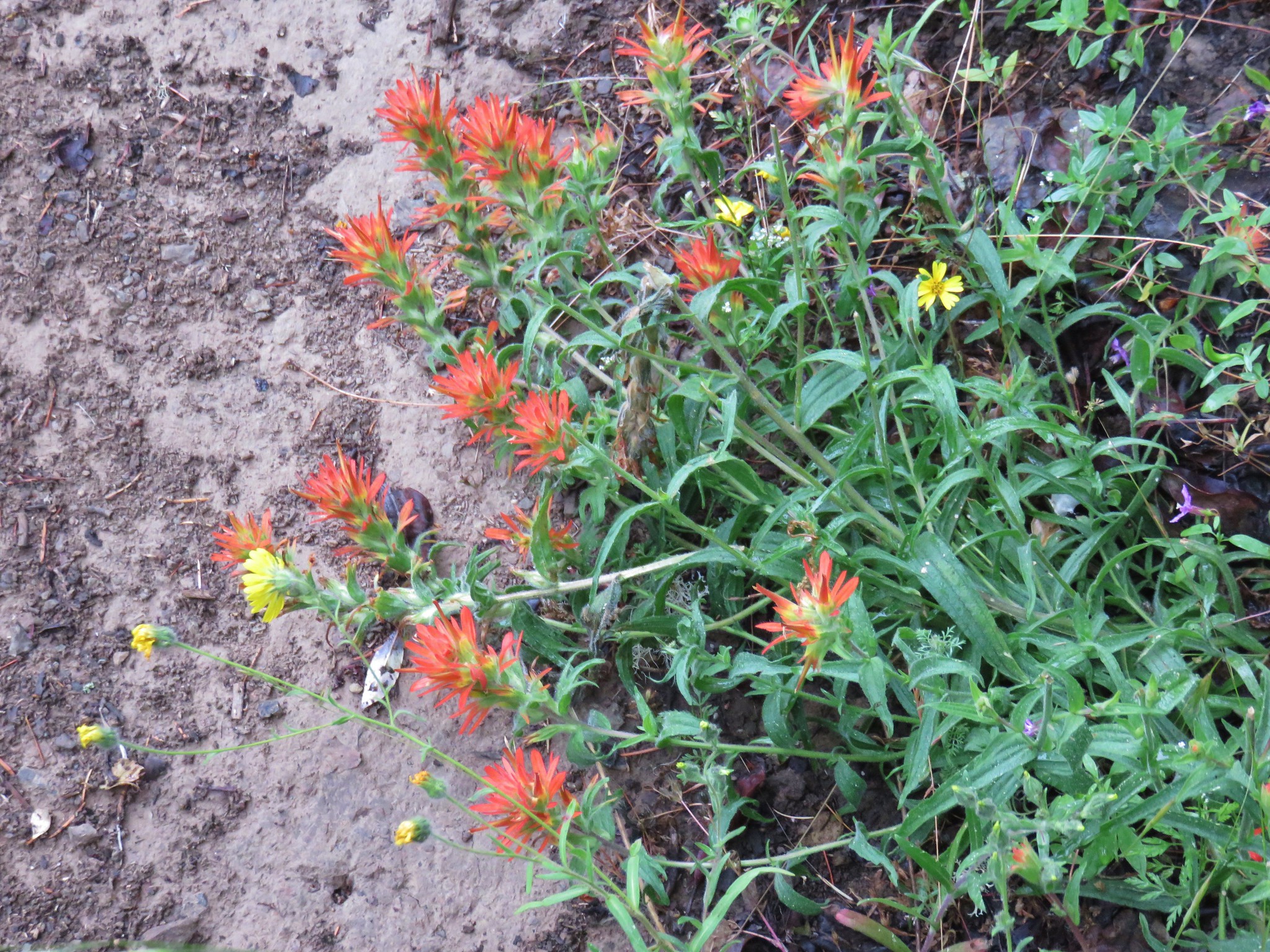 We continued past the opening and past a “Leaving Public Lands” sign to a saddle where, again, it was too cloudy for a view. 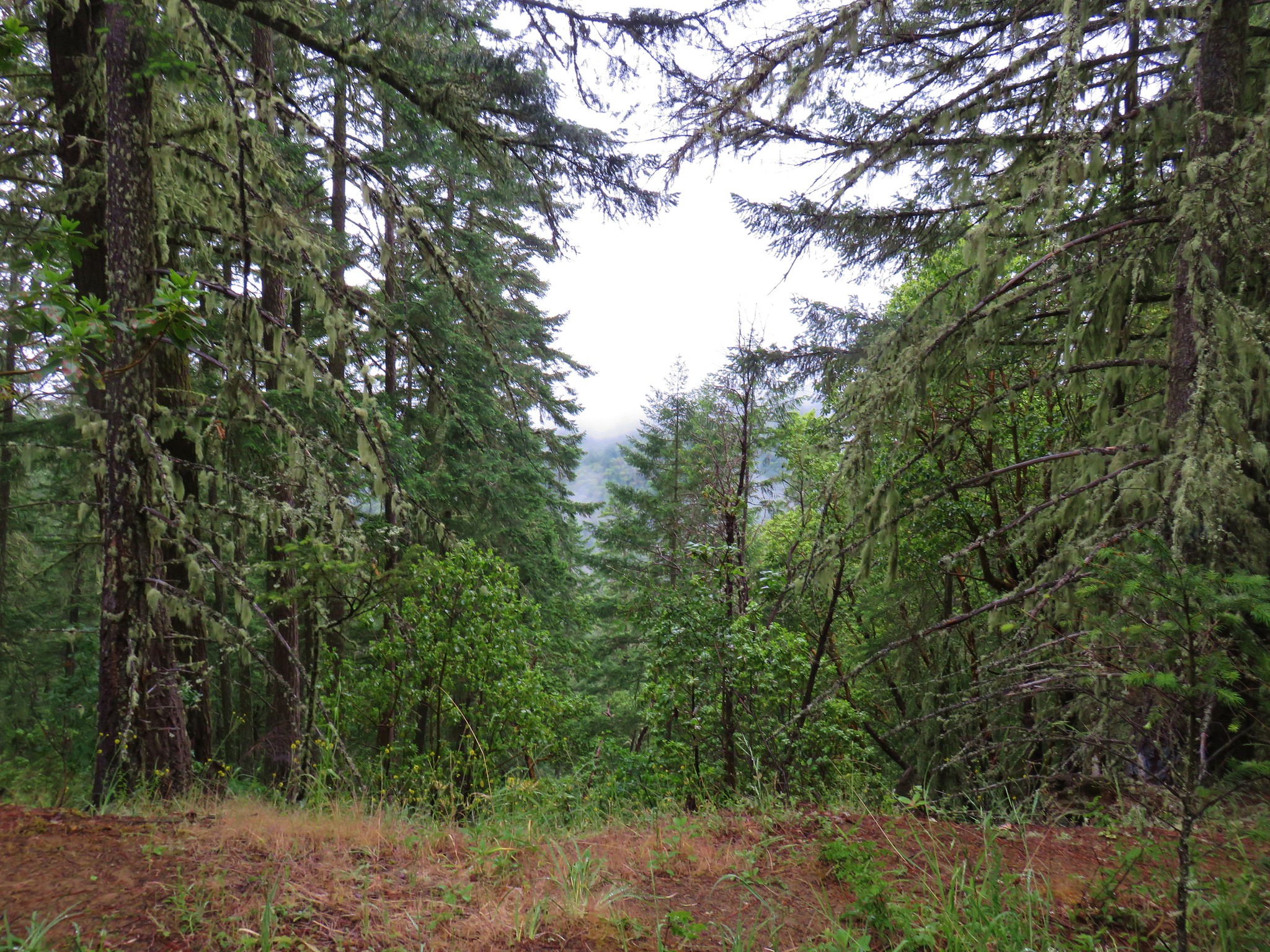 We headed back this time tacking the horse/mountain bike path through the meadow. 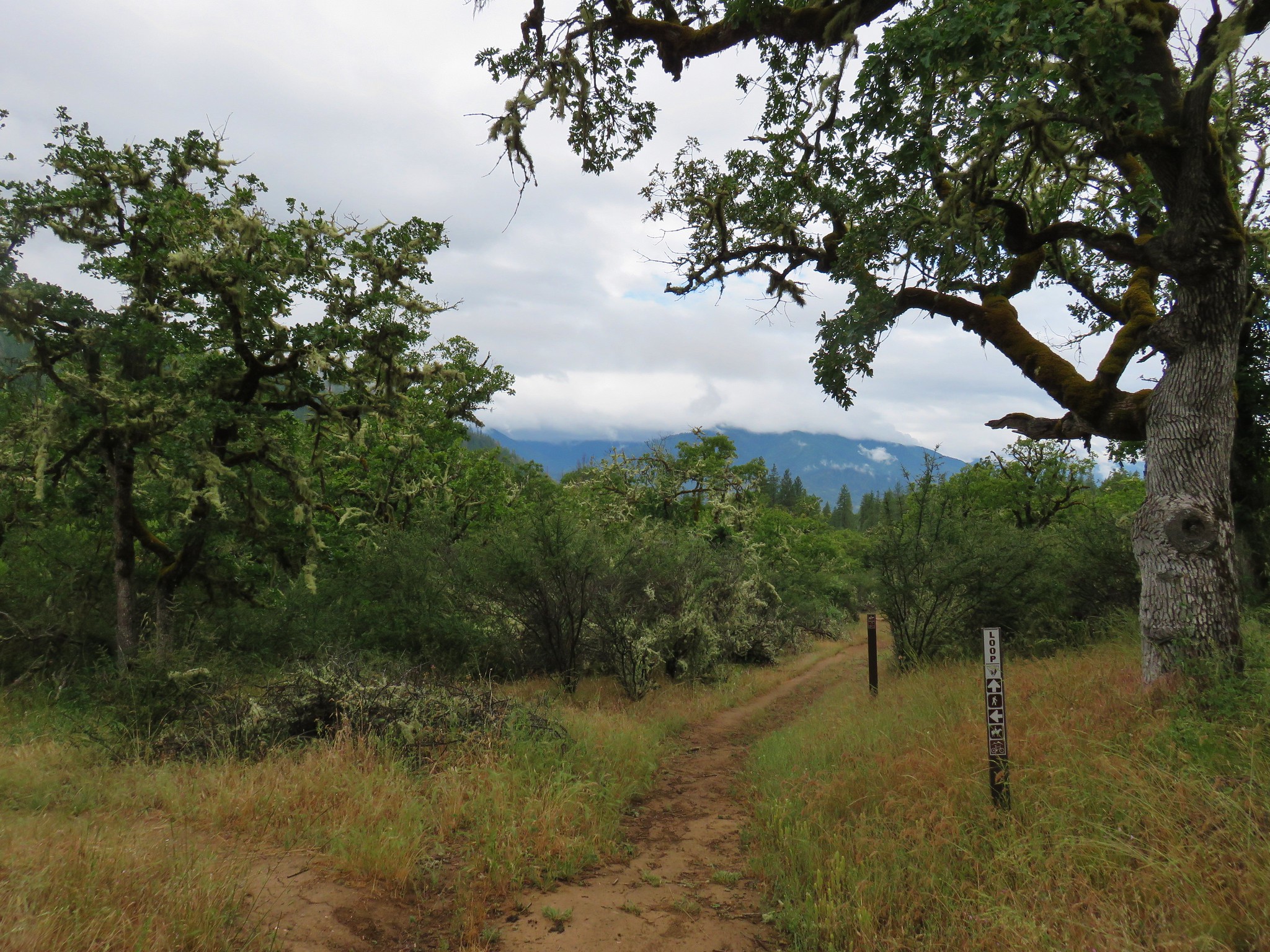 We didn’t see any horses but there were plenty of snails on the trails. 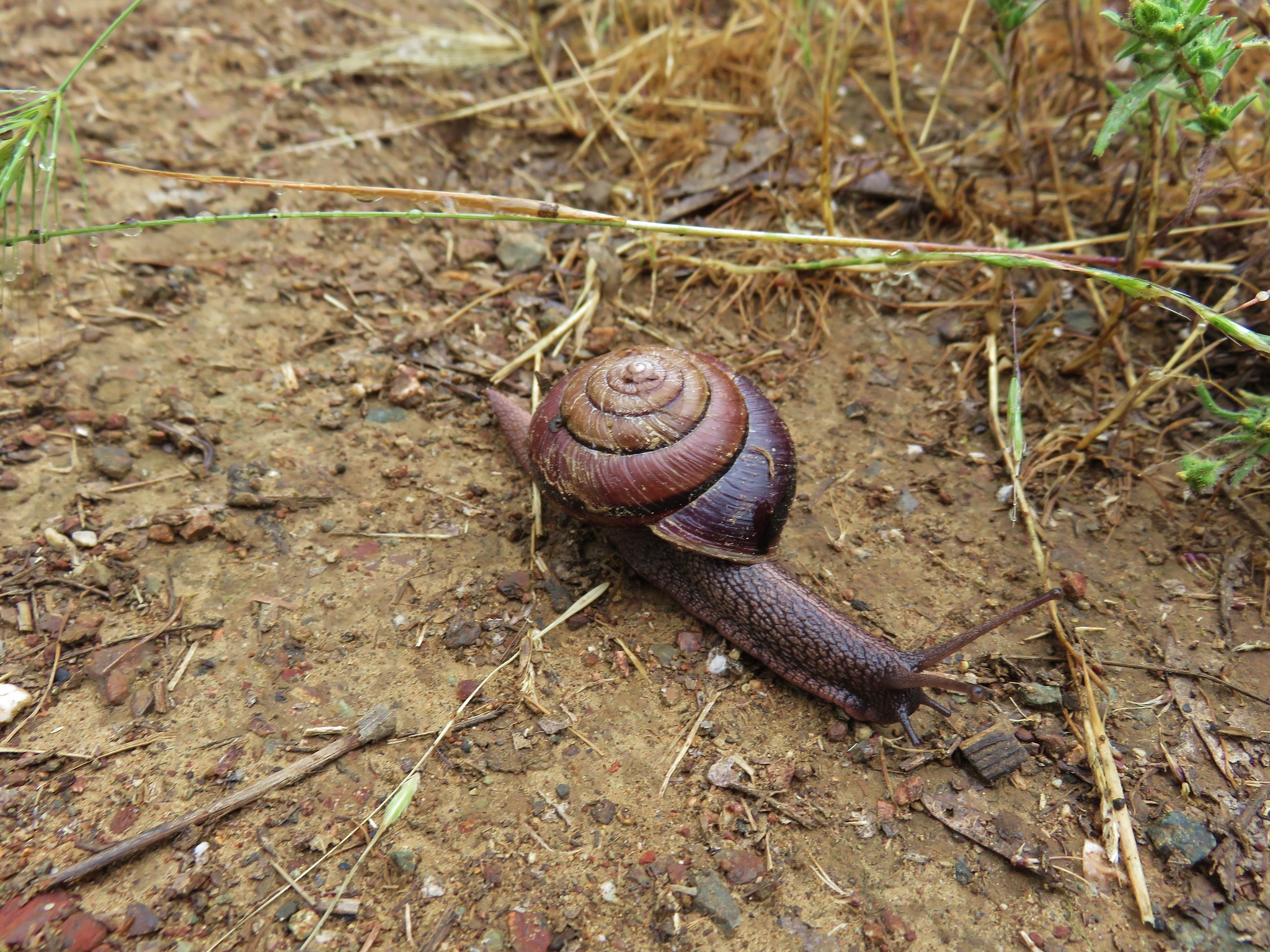 The path passed some nice fields of bachelor buttons, a non-native flower, but pretty nonetheless. 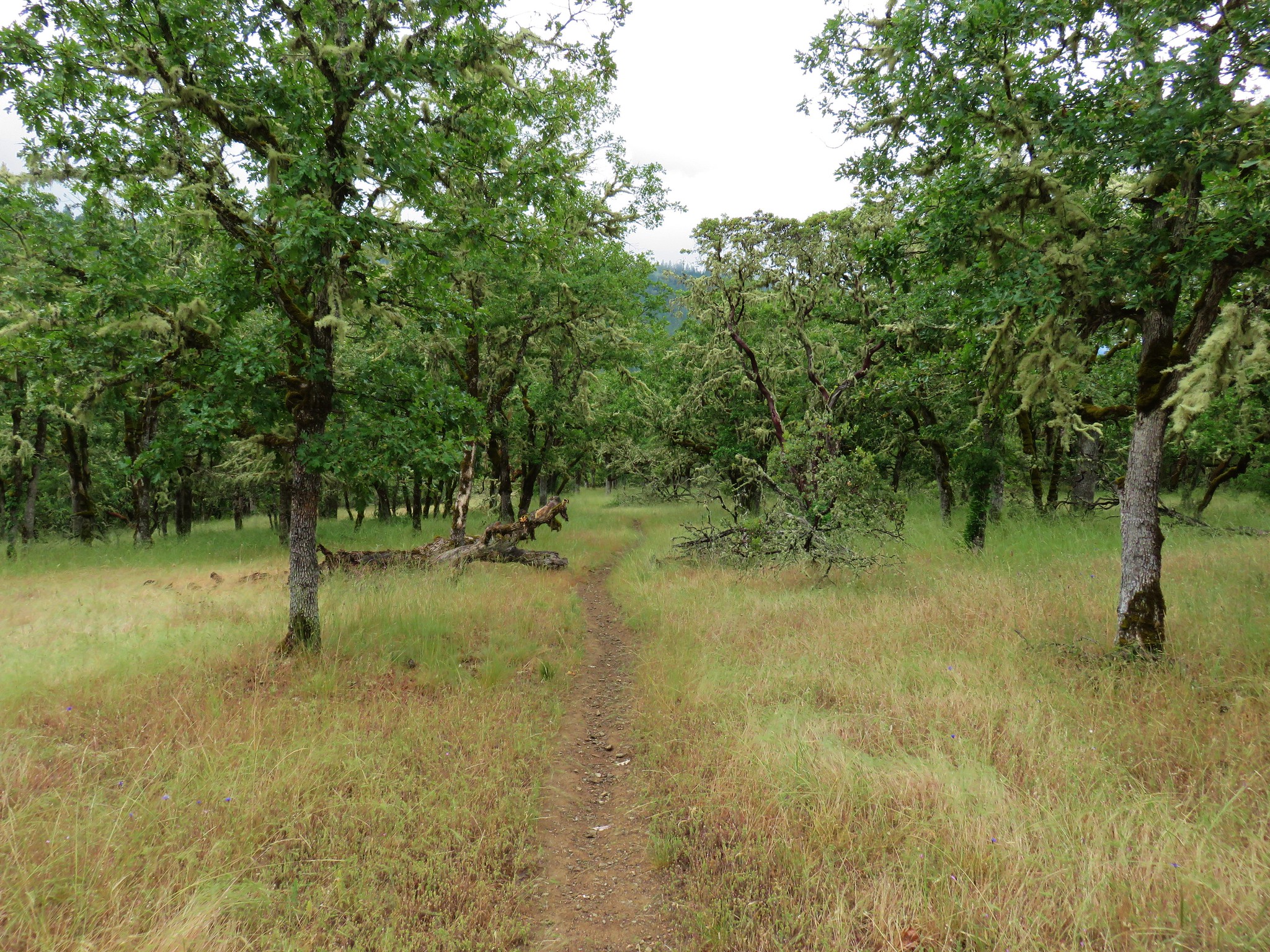 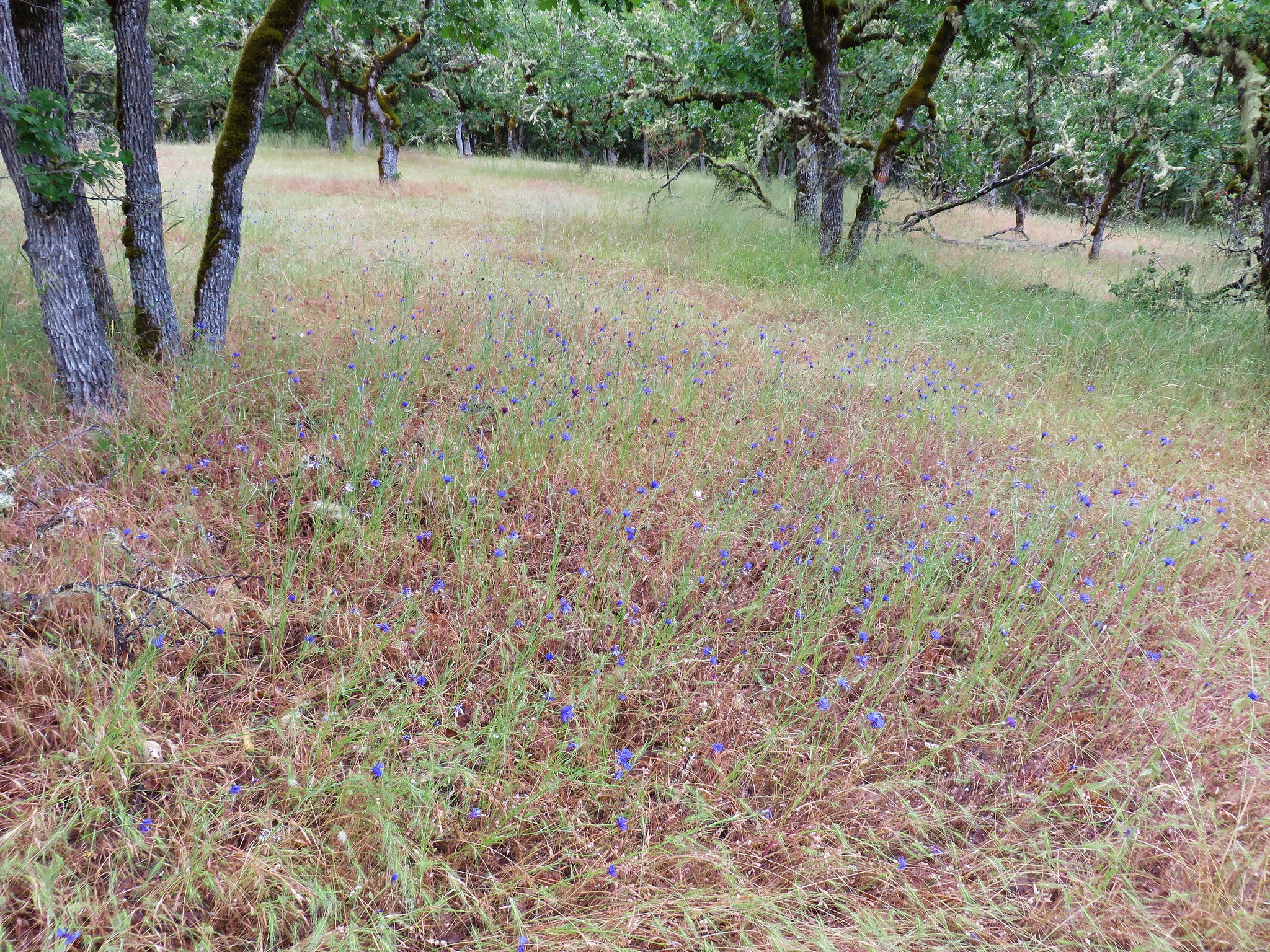 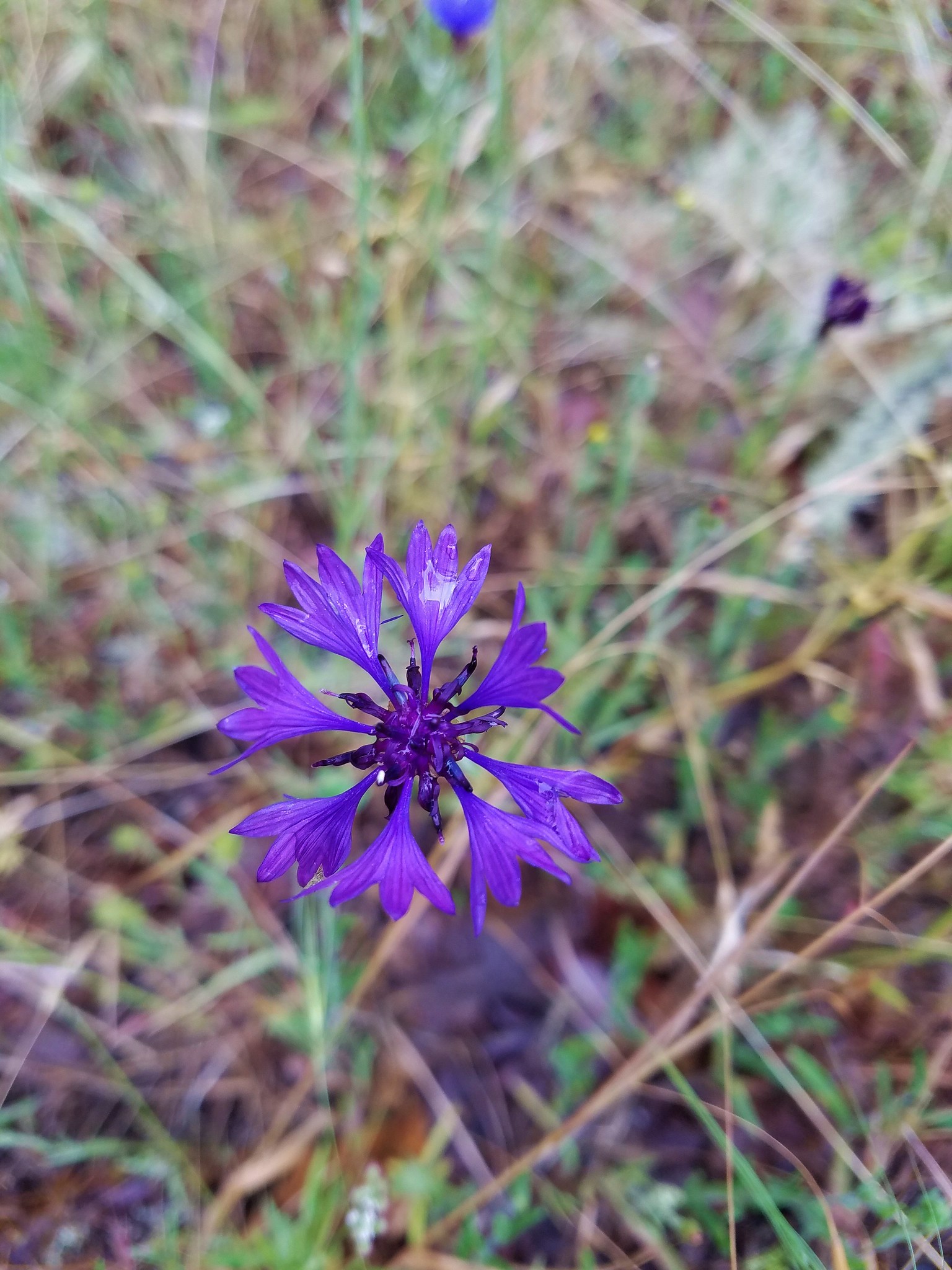 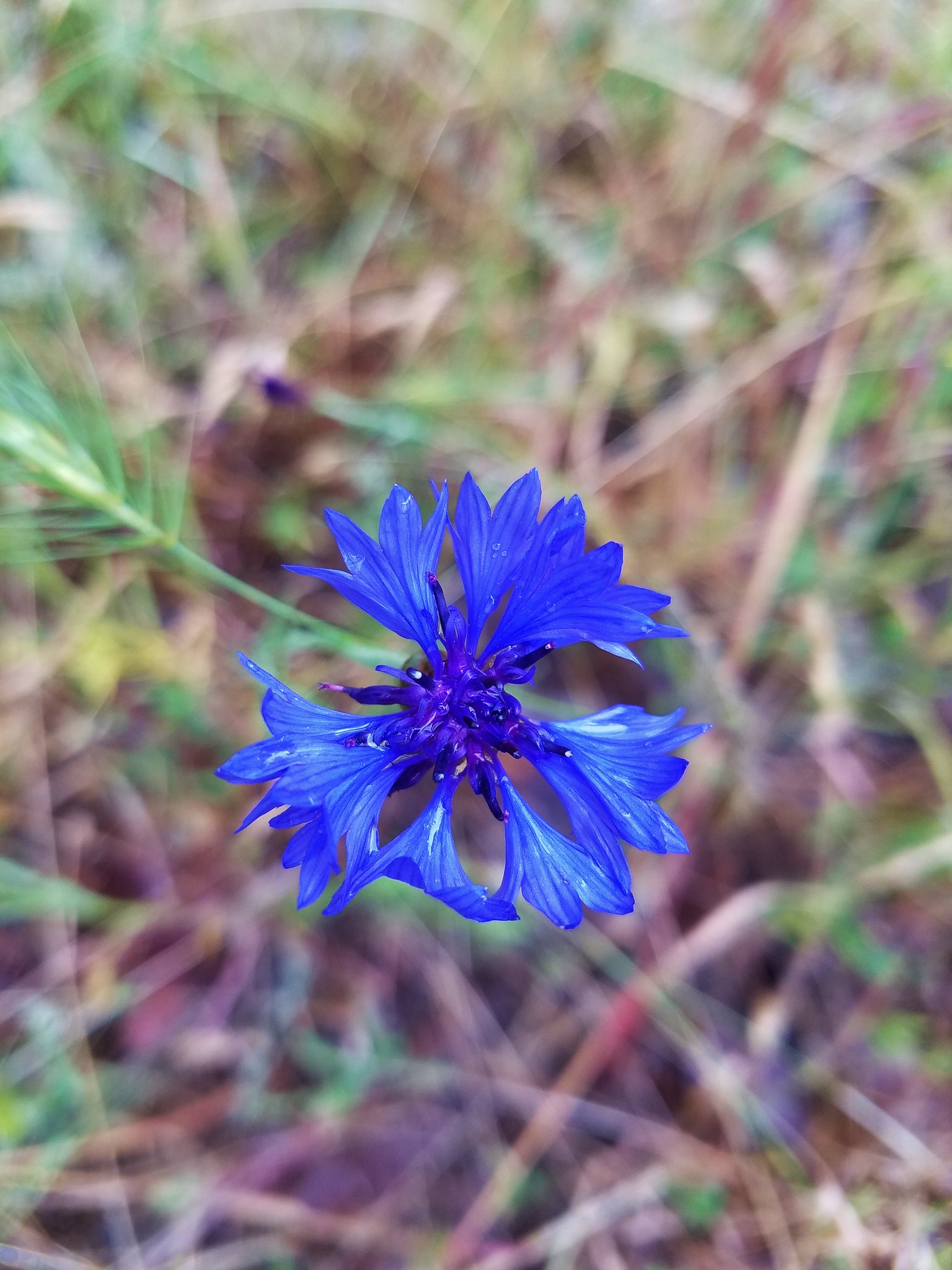 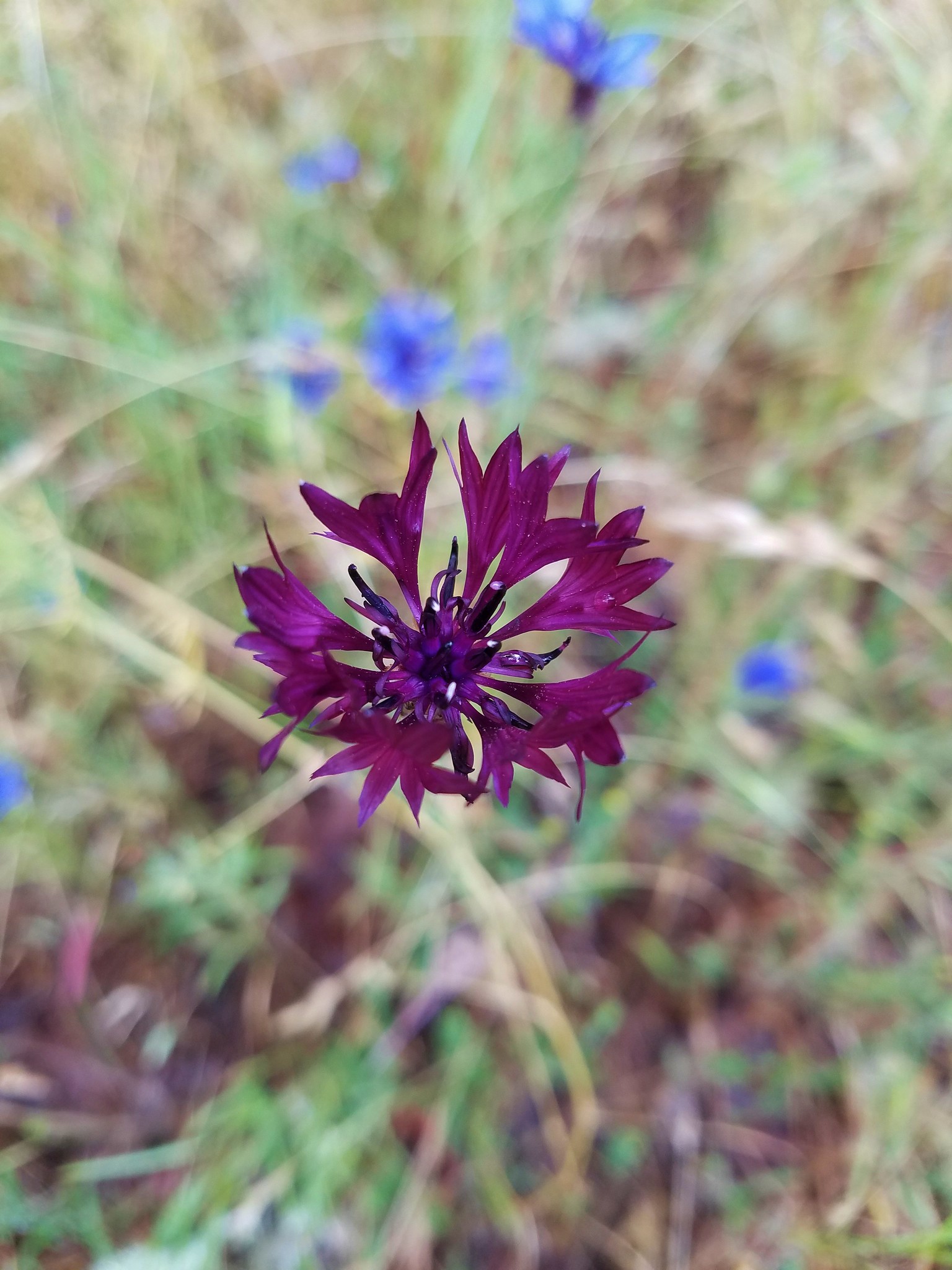 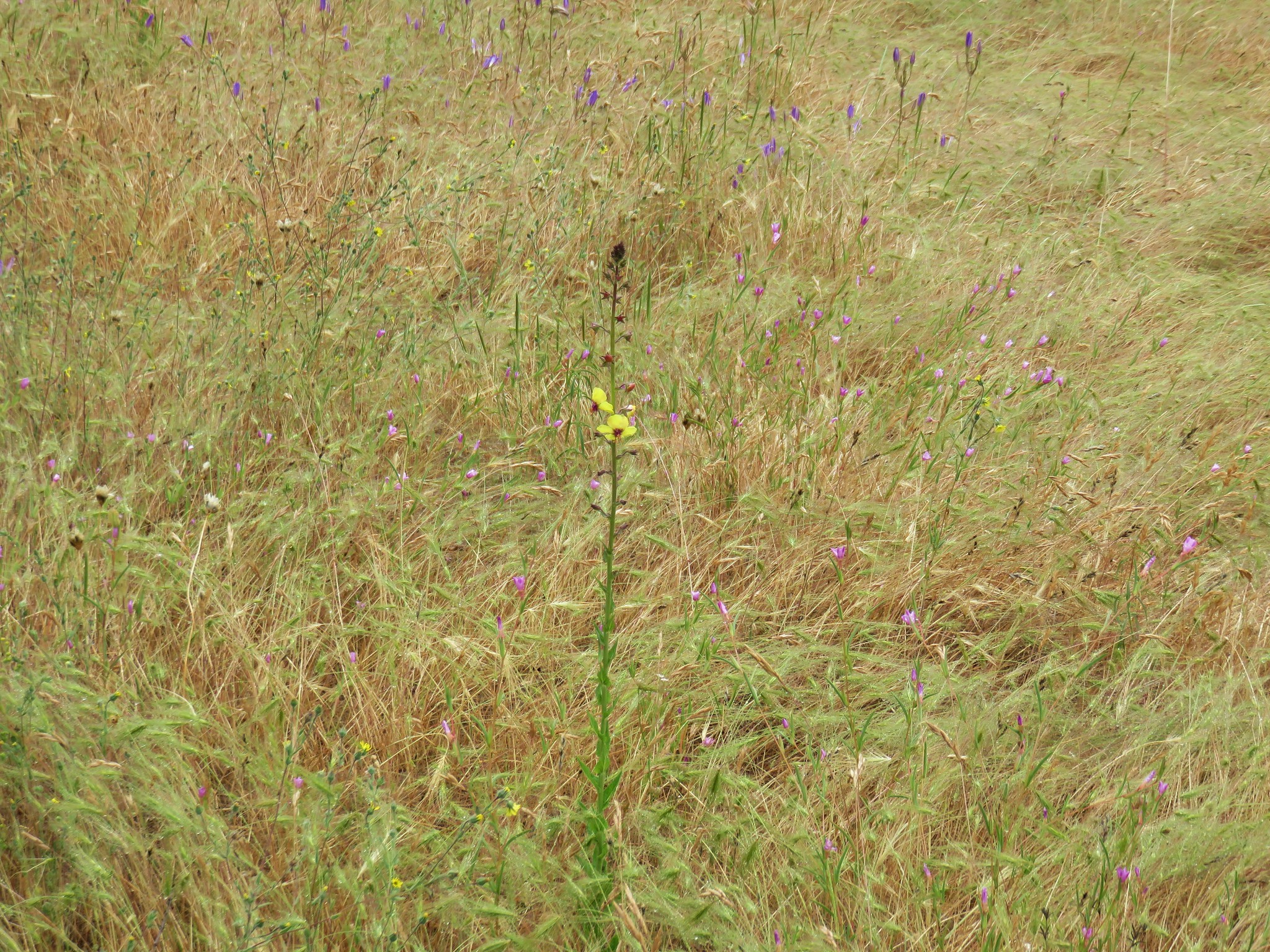 We finished the hike having only seen one tick, much better than the previous two days had been, and successfully avoided any issues with the poison oak. It had been a good four days of hiking, infinitely better than our May vacation where I threw the camera in the Coquille River, injured my foot, and wound up with the stomach flu. Happy Trails!