We waited until 7am to leave Sumpter hoping that the slightly later than normal start would allow time for any potential snow on the roads to clear, especially over the 5860′ Blue Springs Summit between Granite and Sumpter. Ironically there was only a few patches of snow along the road at the summit but 15 miles further north the trees were flocked and snow was falling steadily at the 5500′ Crane Creek Trailhead. There was a good chance we would passing by this trailhead on our hike if everything went according to plan.

Our starting point for the day was another 2.5 miles away at the North Fork John Day Trailhead.

This trailhead is located at the North Fork John Day Campground at the junction of roads 73 and 52. At an elevation of 5200′ the trailhead was low enough that there was no snow and only a light rain was falling as we set off on the trail. 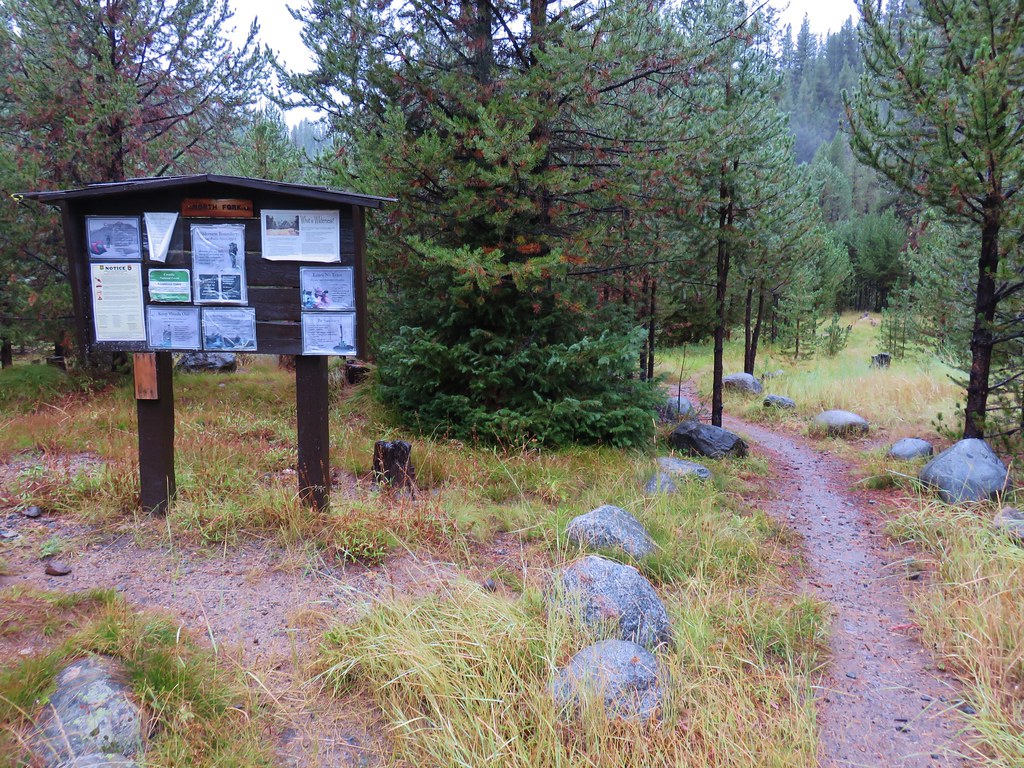 We crossed Trail Creek on a log then passed through a section of forest before arriving alongside the North Fork John Day River. 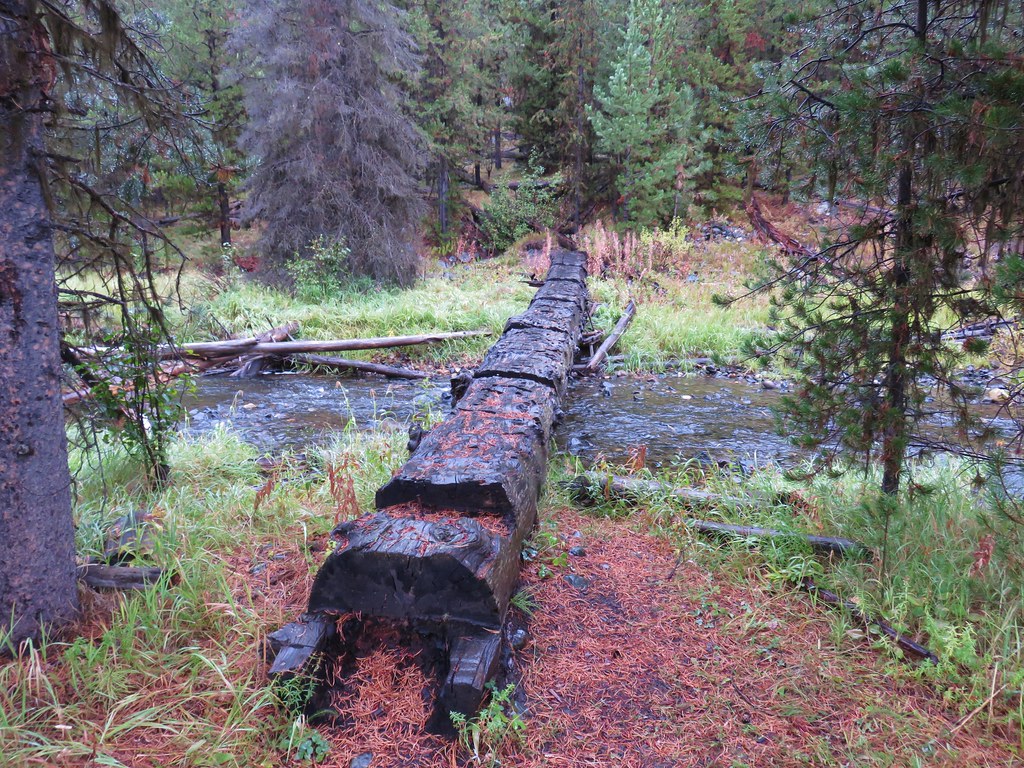 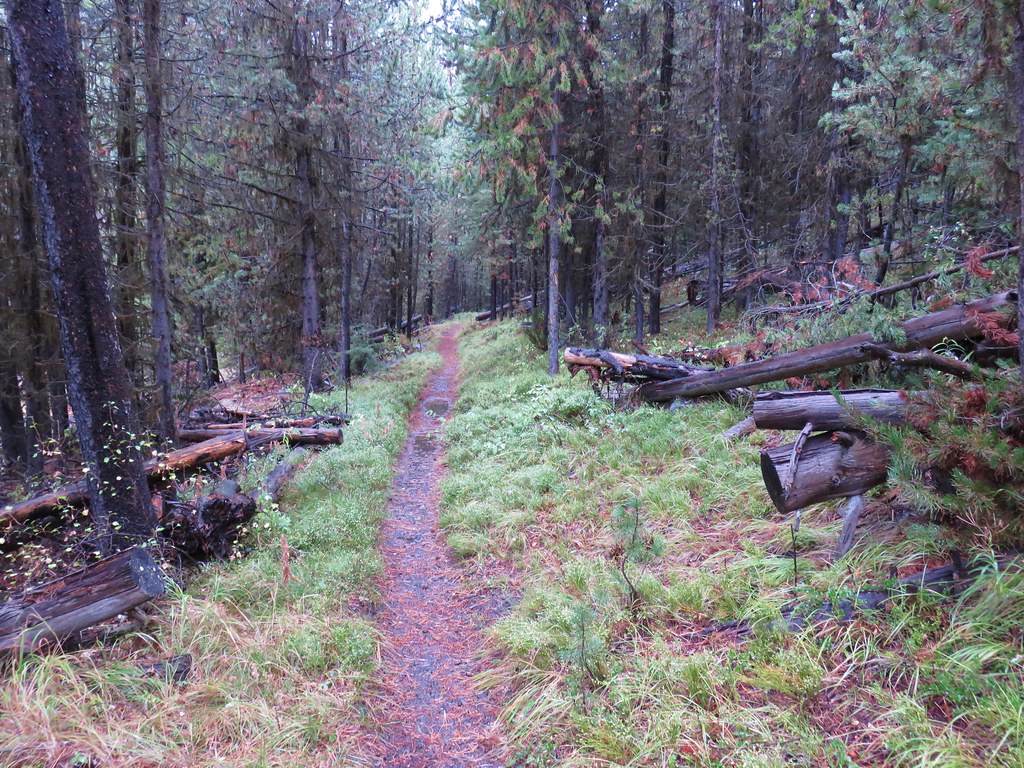 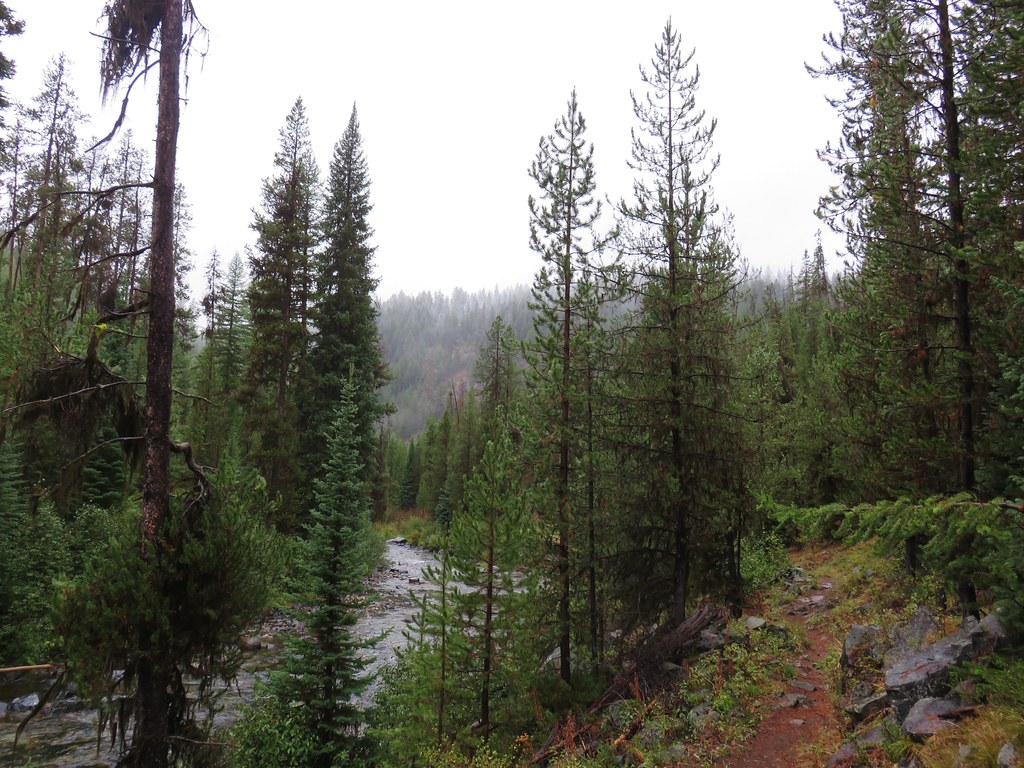 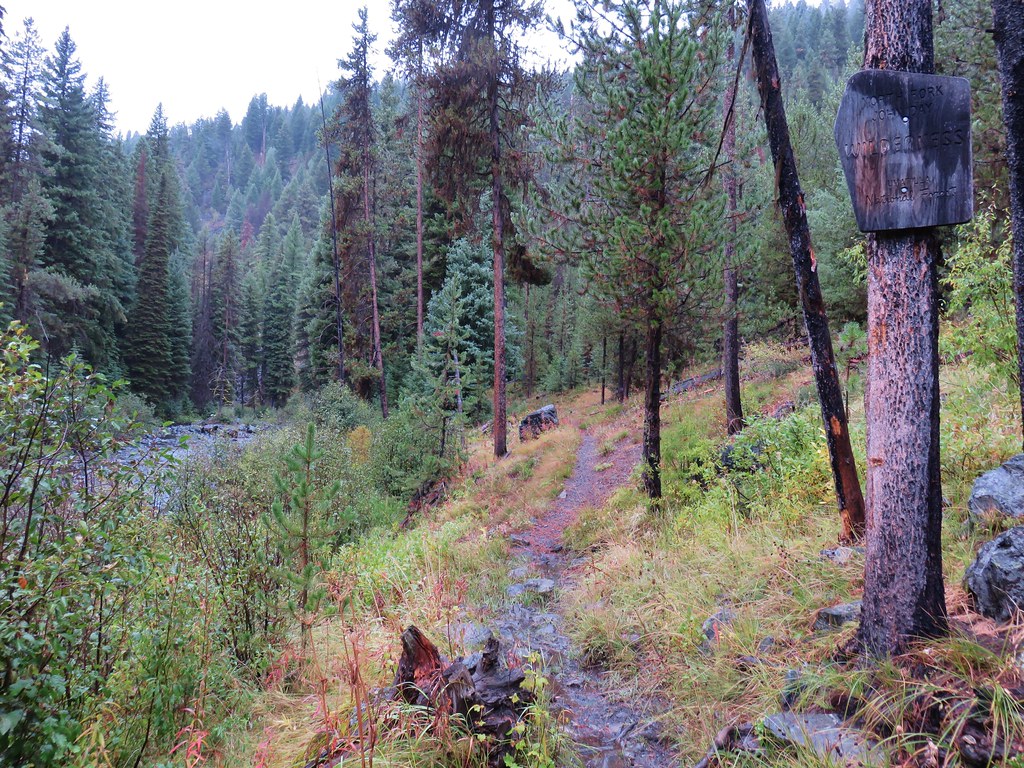 Just two weeks before we’d spent Labor Day weekend backpacking on Mt. Adams (Day 1 and Days 2 & 3) in 80 degree temperatures and we’d just driven through snowy winter landscape but along the river was the first time this year that it had felt unmistakably like Fall. 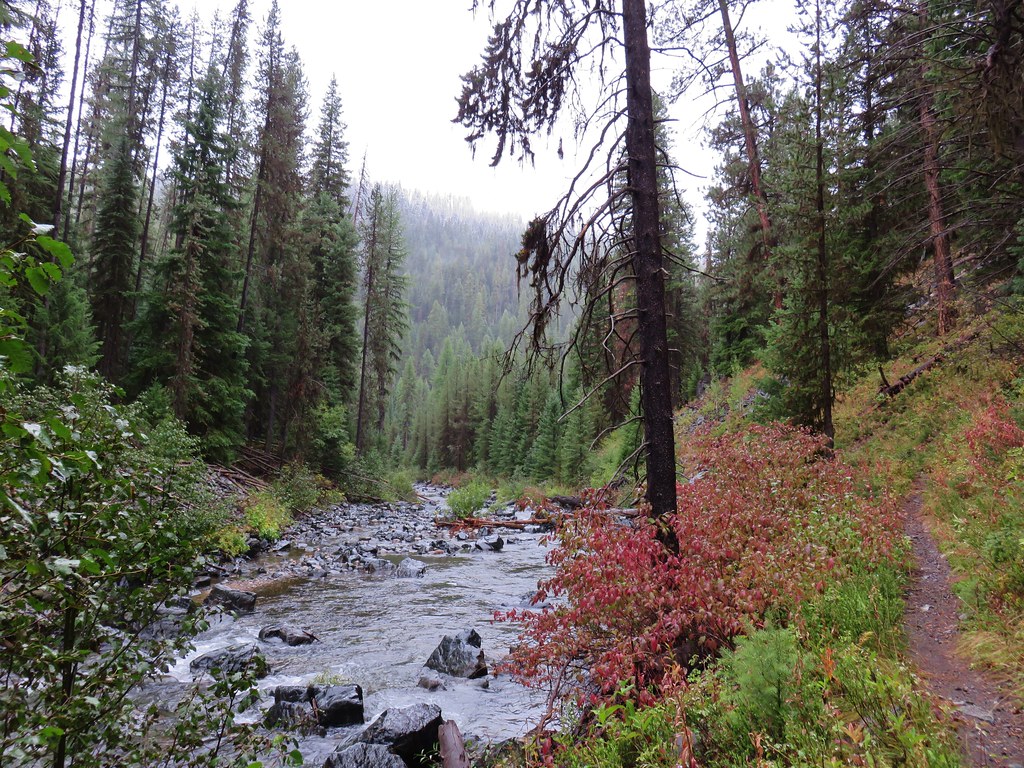 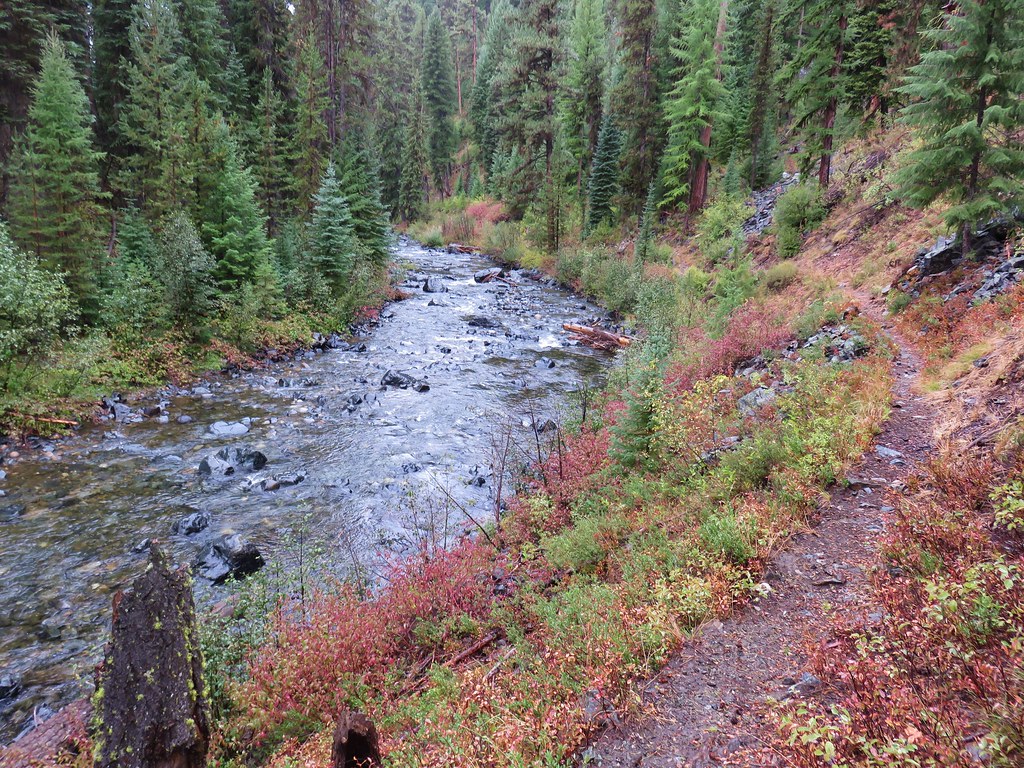 We passed several mining ruins before arriving at the “Bigfoot Hilton” at the 2.6 mile mark. 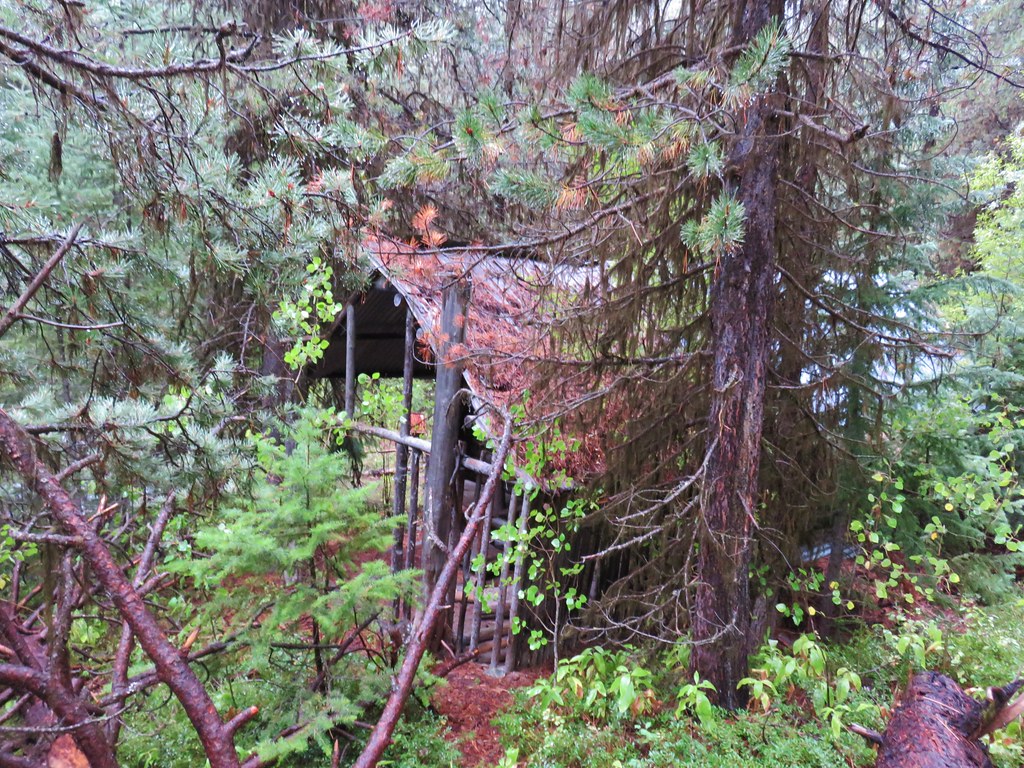 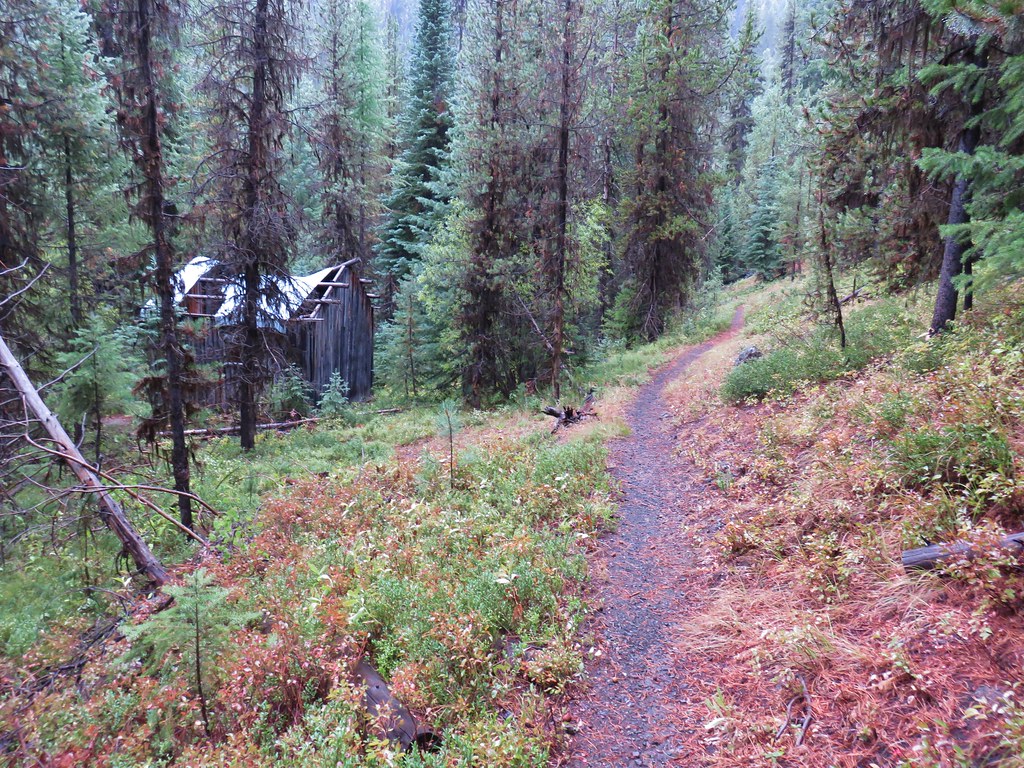 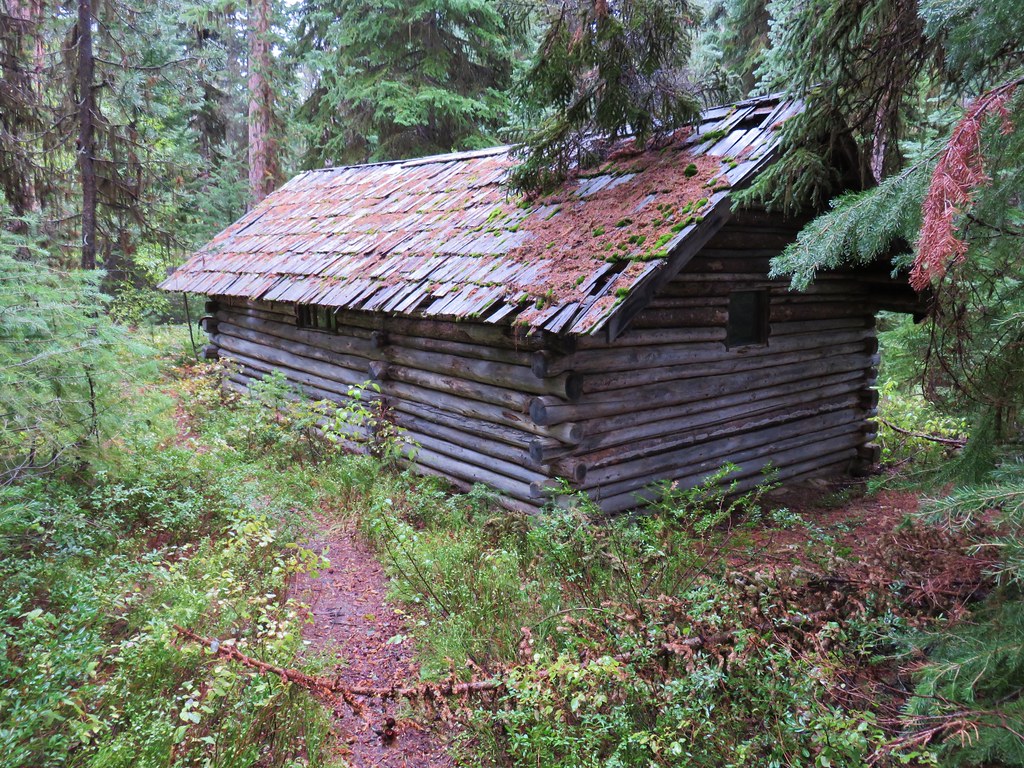 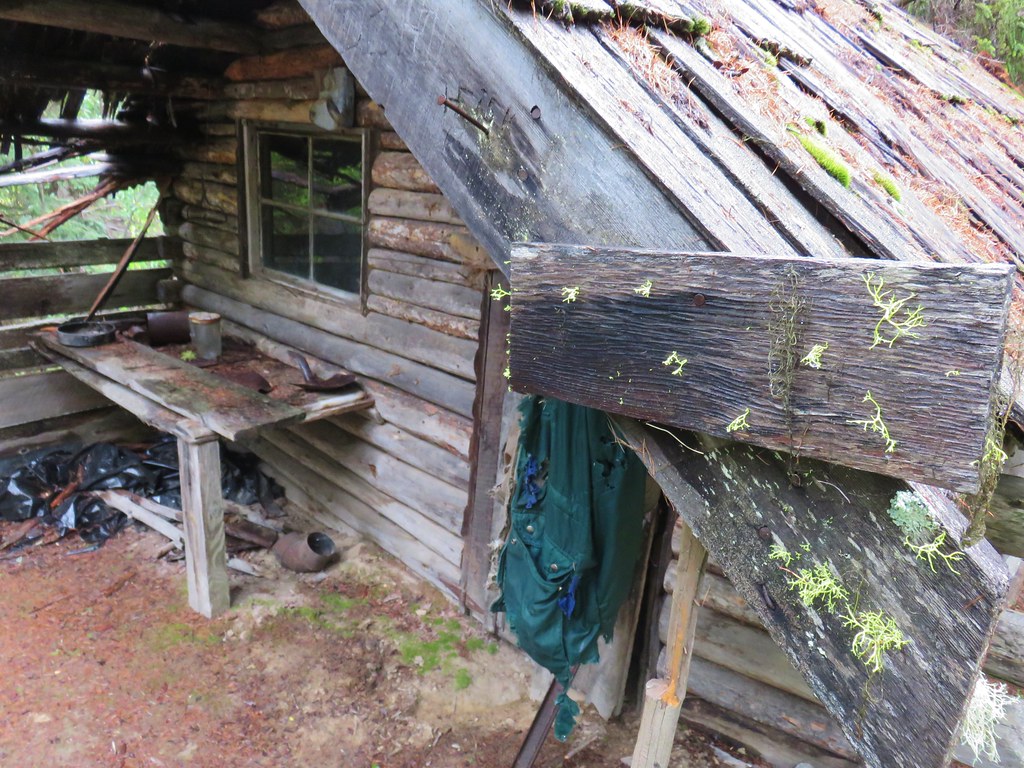 We hopped across Trout Creek just beyond the Bigfoot Hilton and continued further into the wilderness occasionally being startled by grouse. 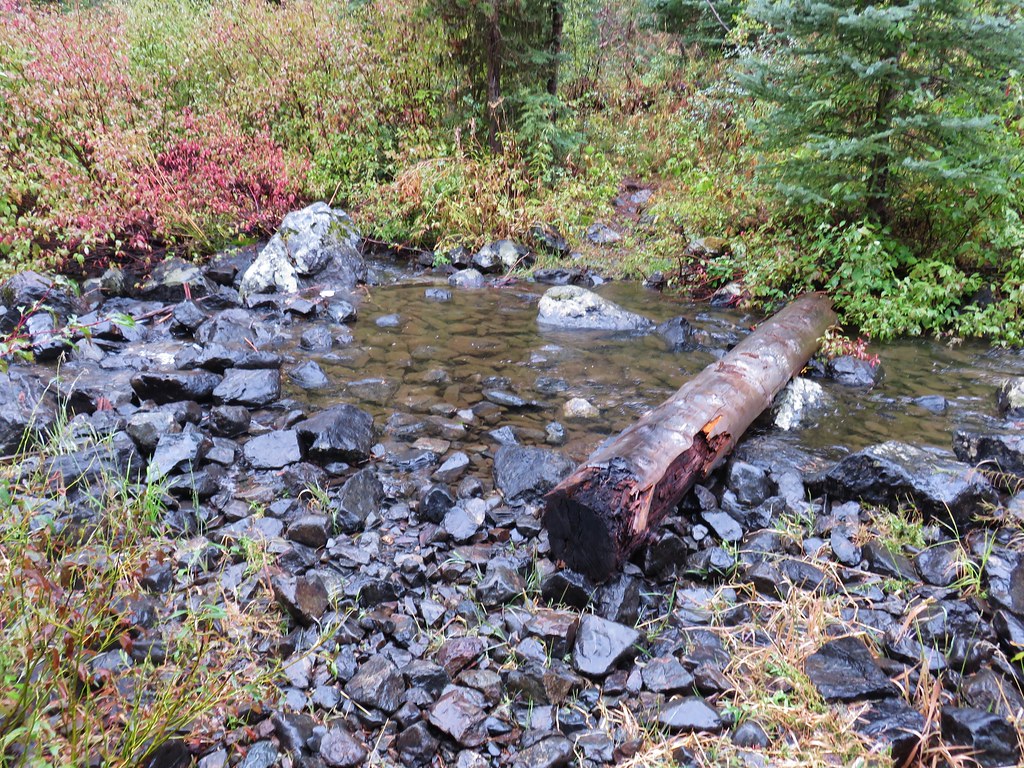 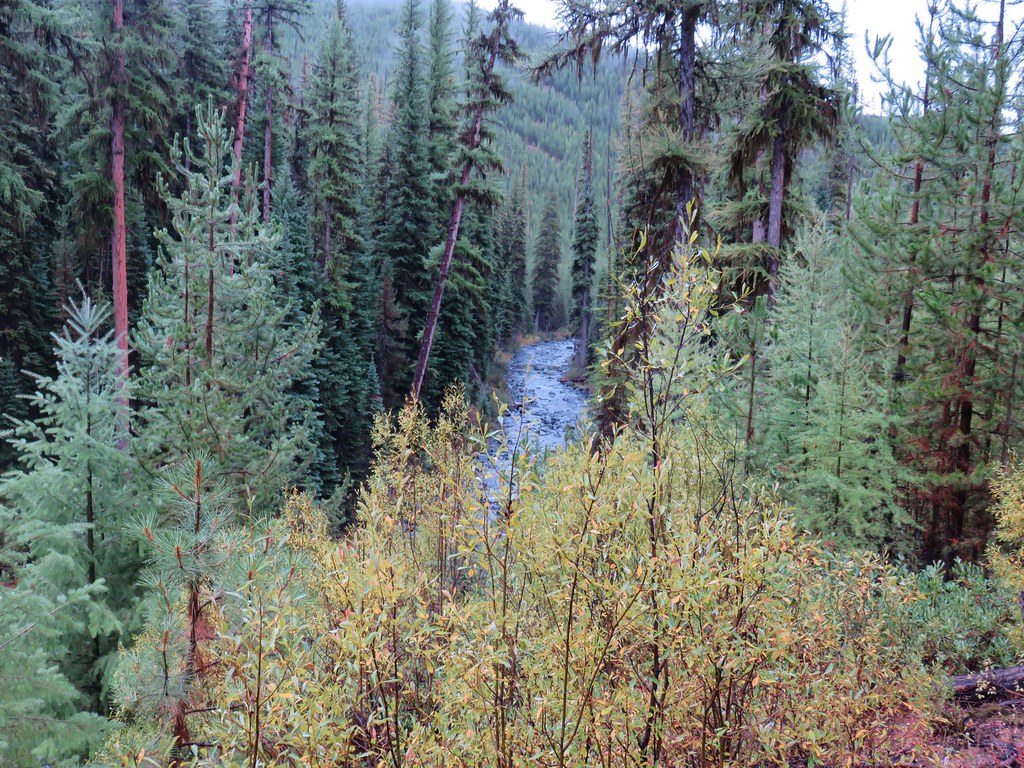 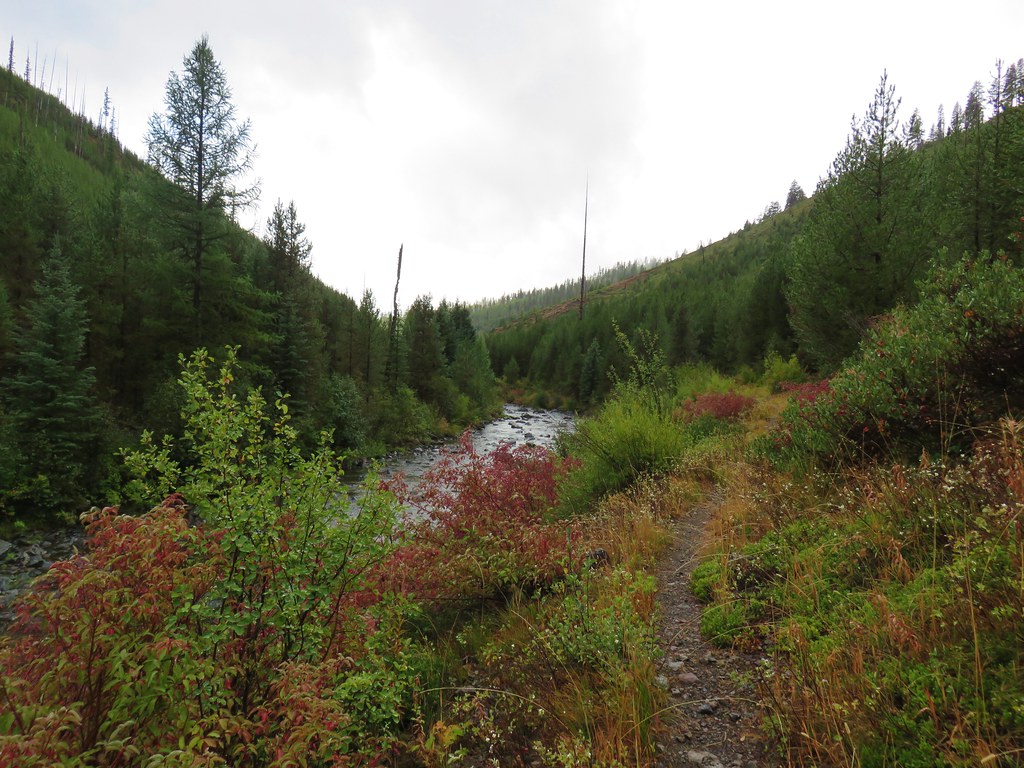 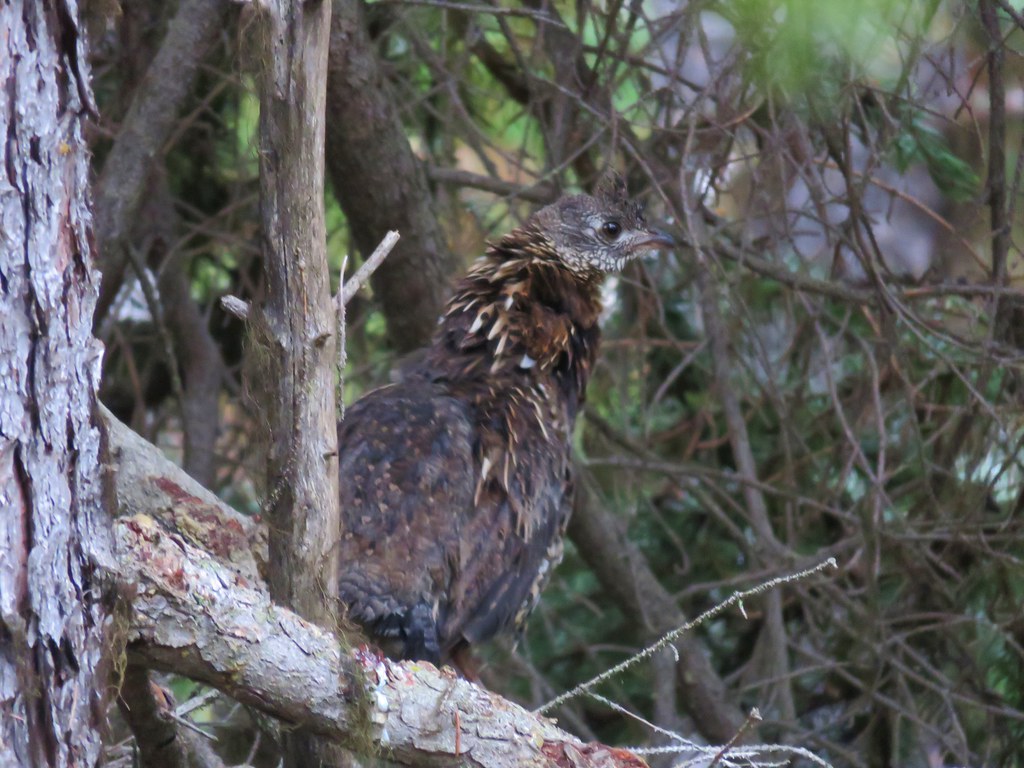 Four miles from the Bigfoot Hilton we came to a junction with the Crane Creek Trail. 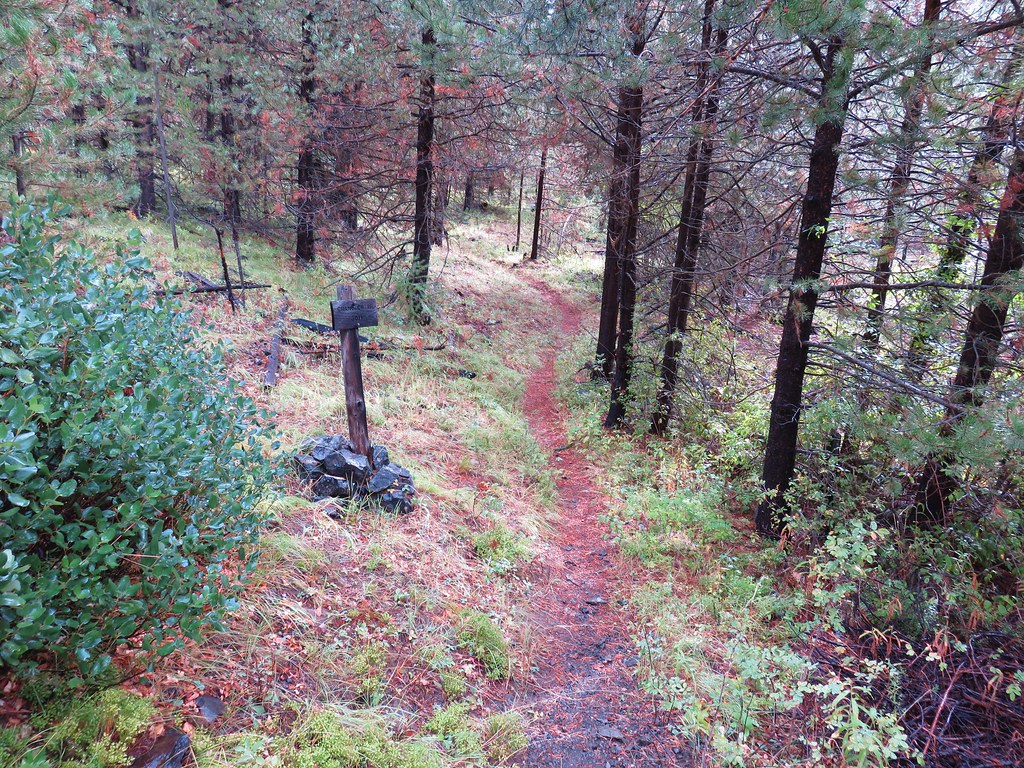 Here we turned left for .2 miles down to the North Fork John Day River. 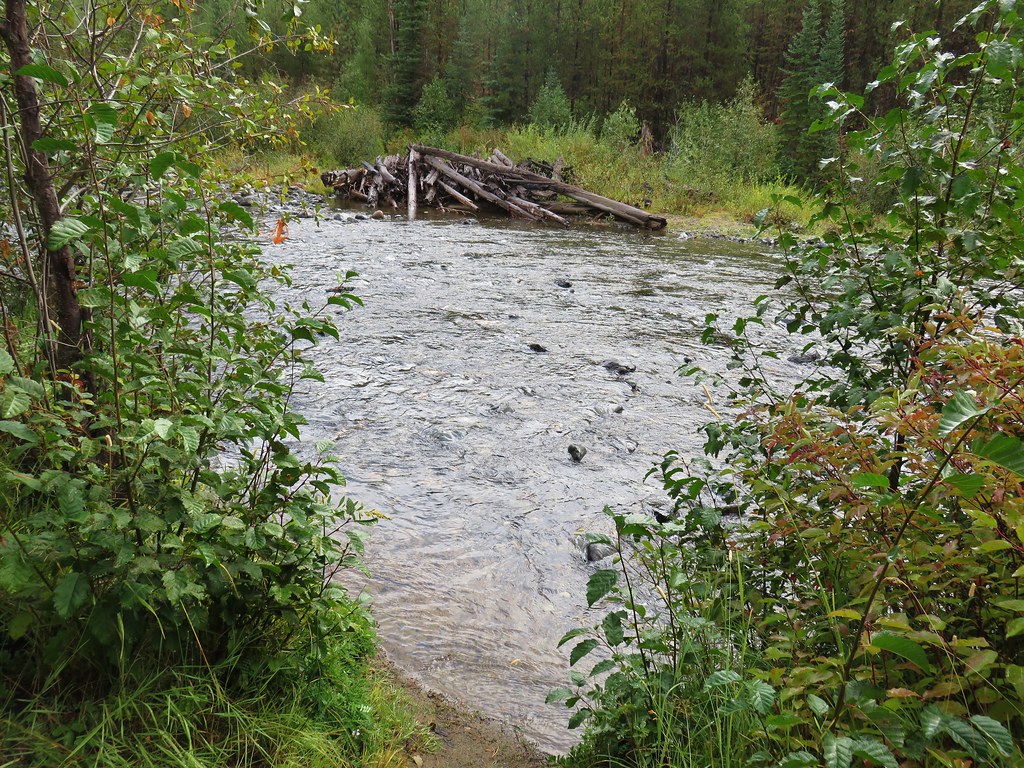 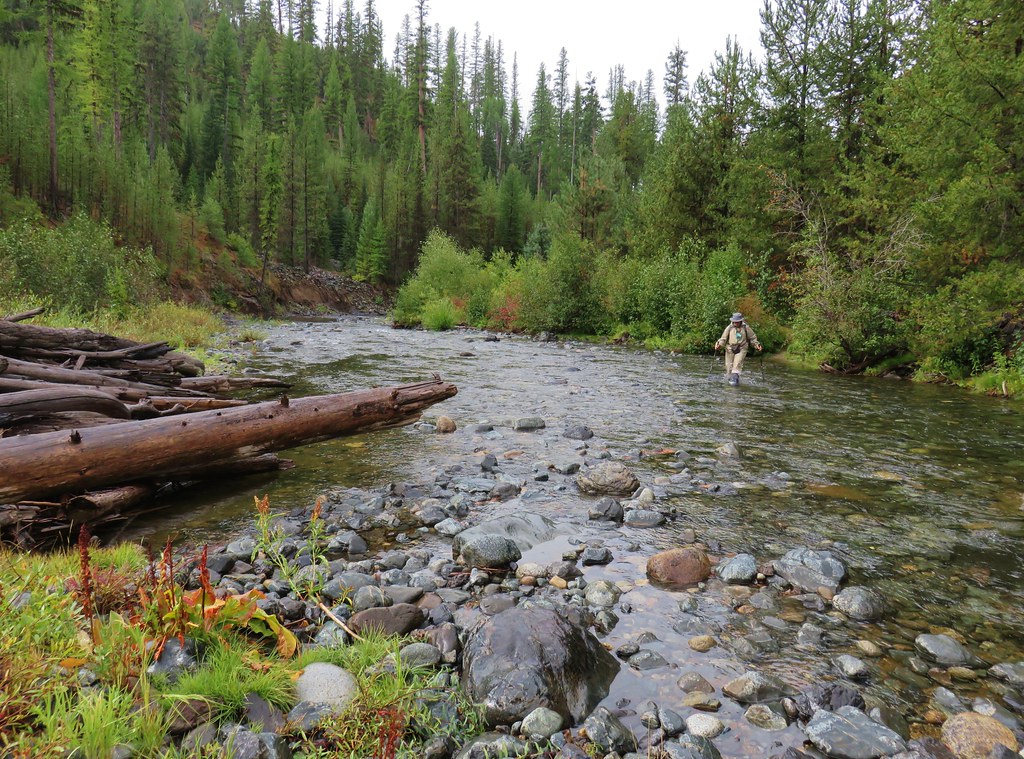 The calf deep water was reasonably warm all things considered which was a nice surprise. On the far side we met a couple of Oregon Department of Fish and Wildlife employees on their way to do a three day Chinook salmon survey. We wished them luck with the weather before continuing on our respective ways.

The Crane Creek Trail was much more overgrown than the North Fork John Day Trail but it was relatively free of blowdown. 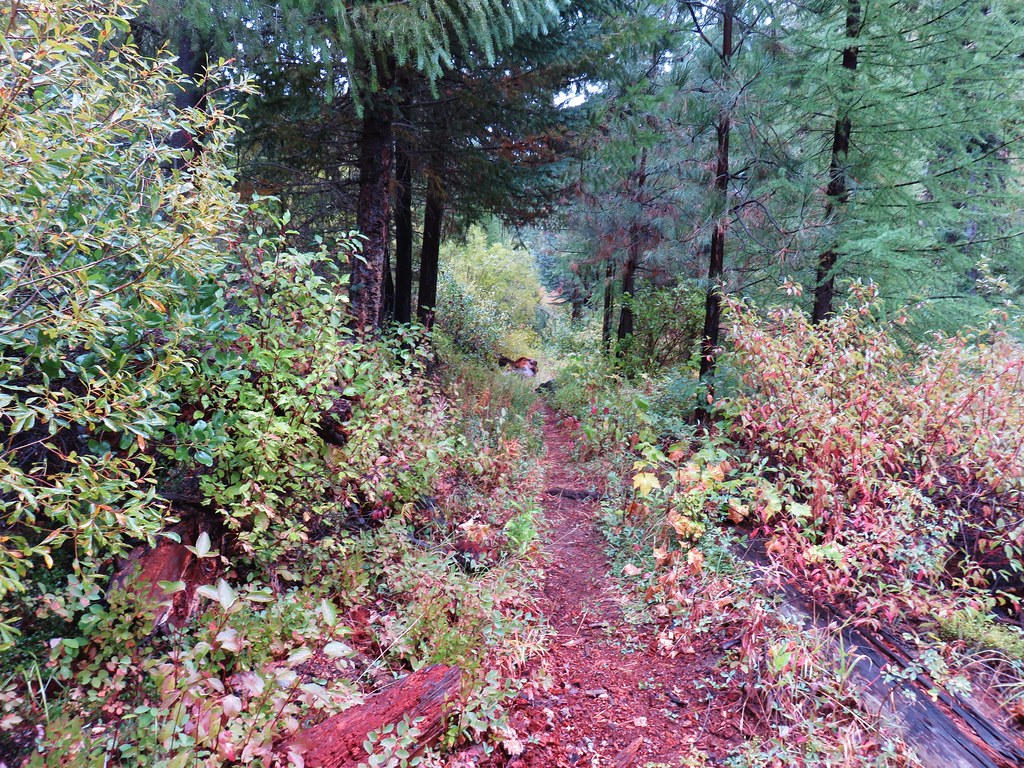 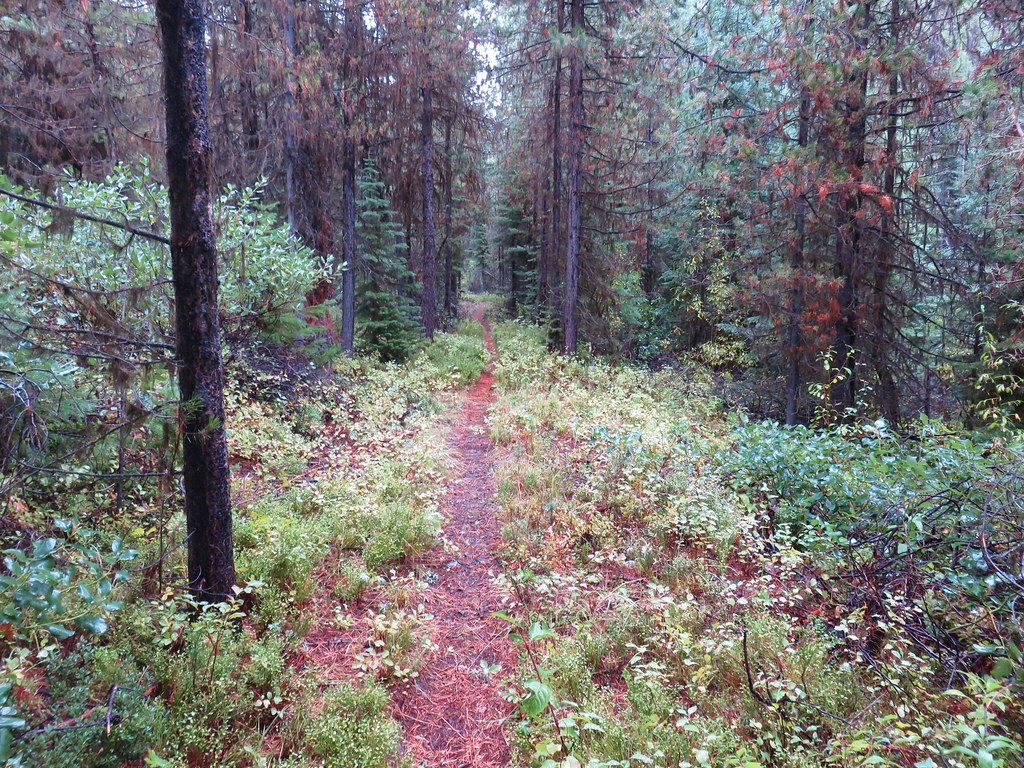 The trail climbed steadily for 4.1 miles to the Crane Creek Trailhead, the last portion passing through the meadows of Crane Flats where we found most of the snow had melted. 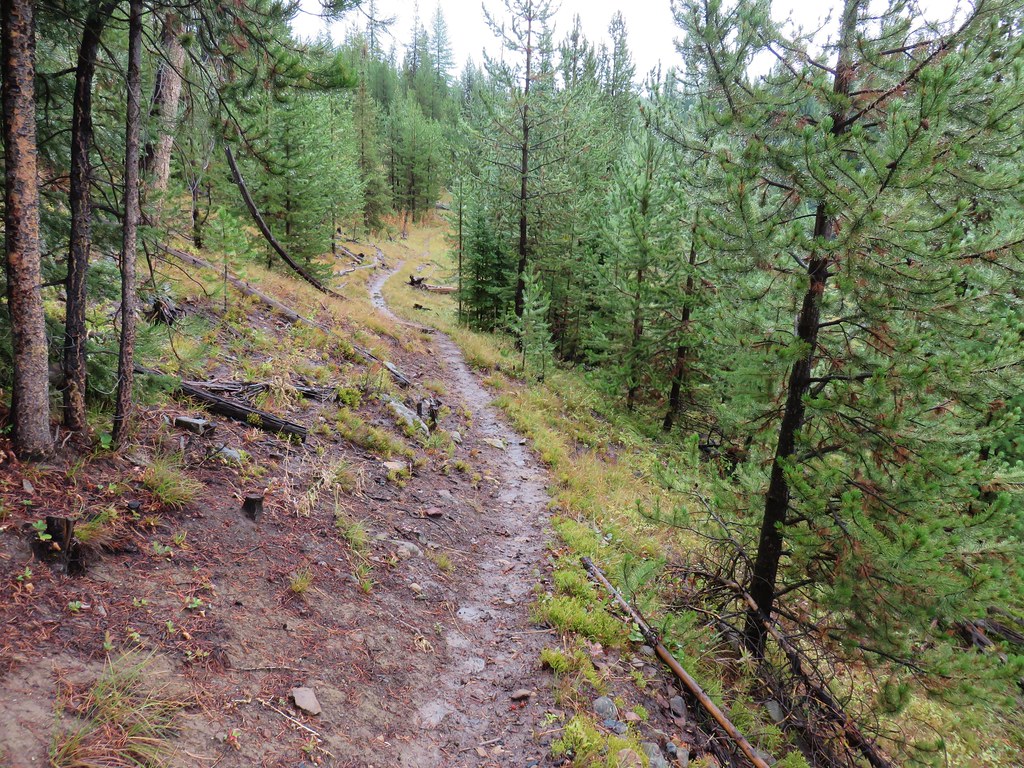 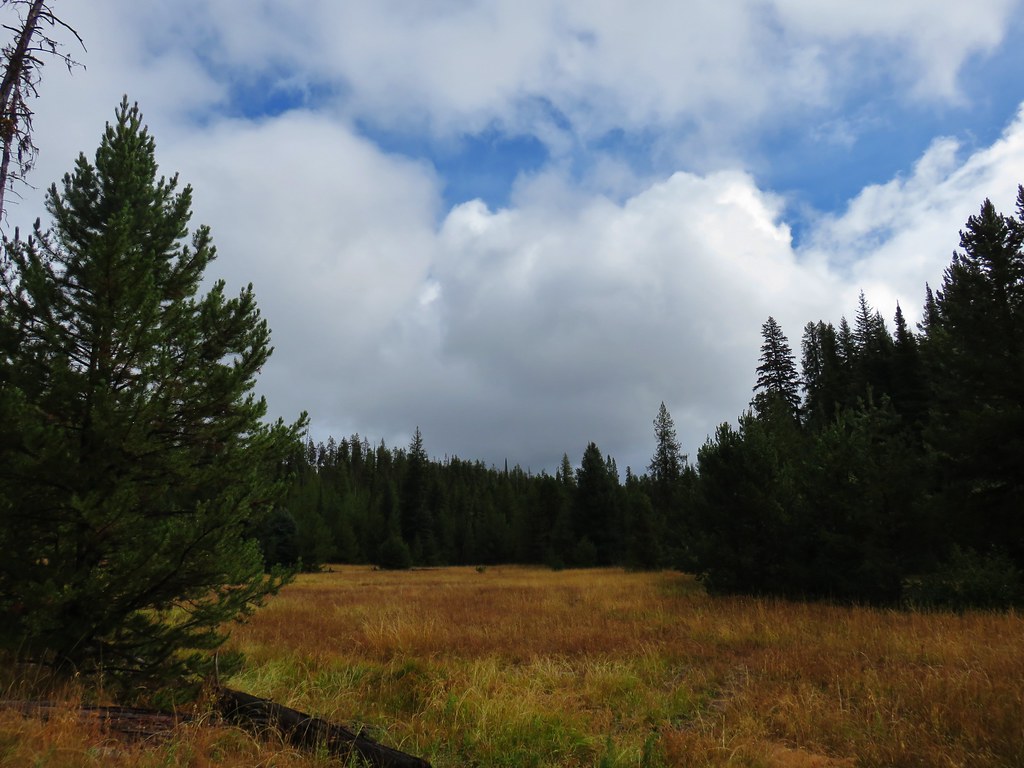 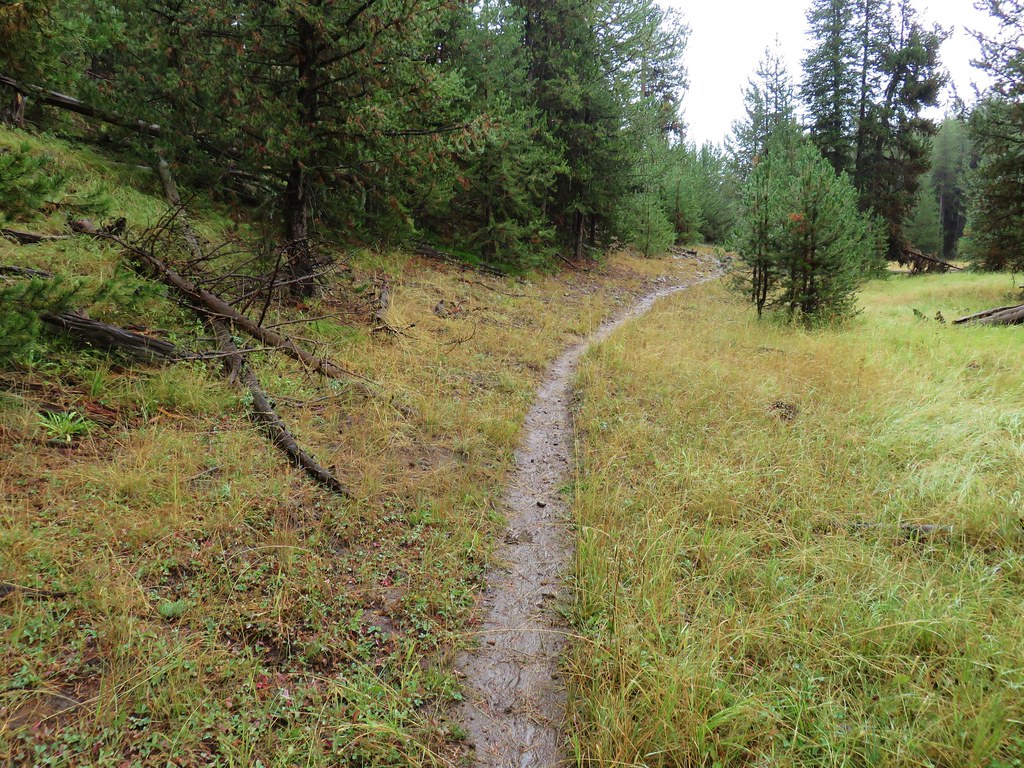 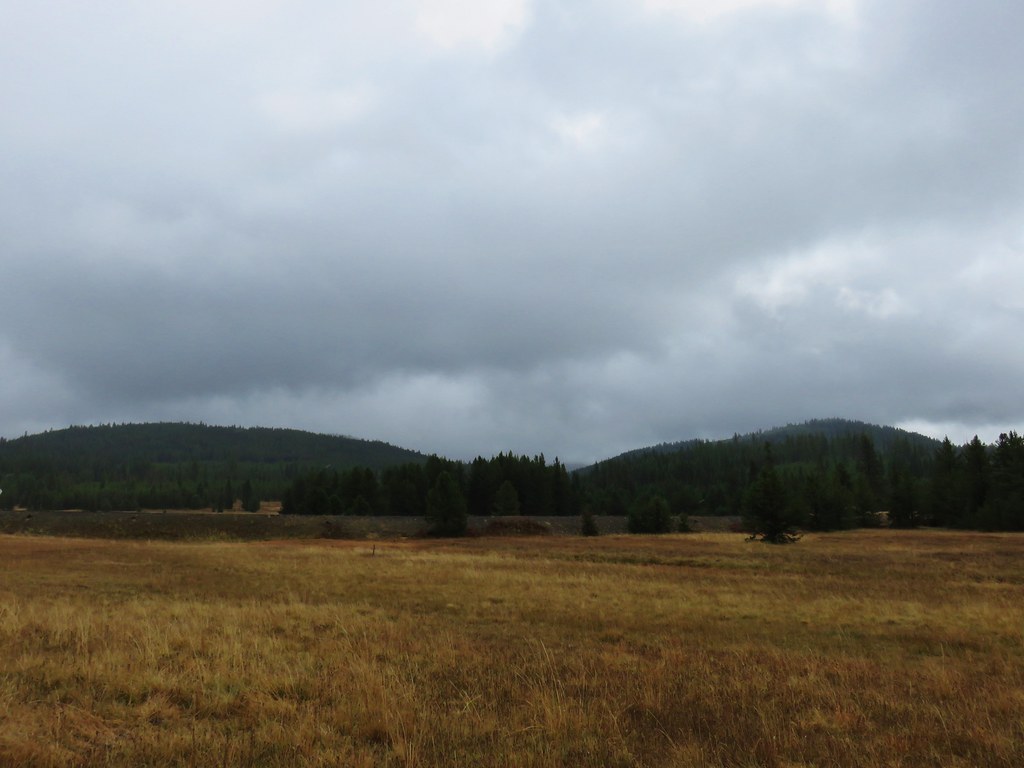 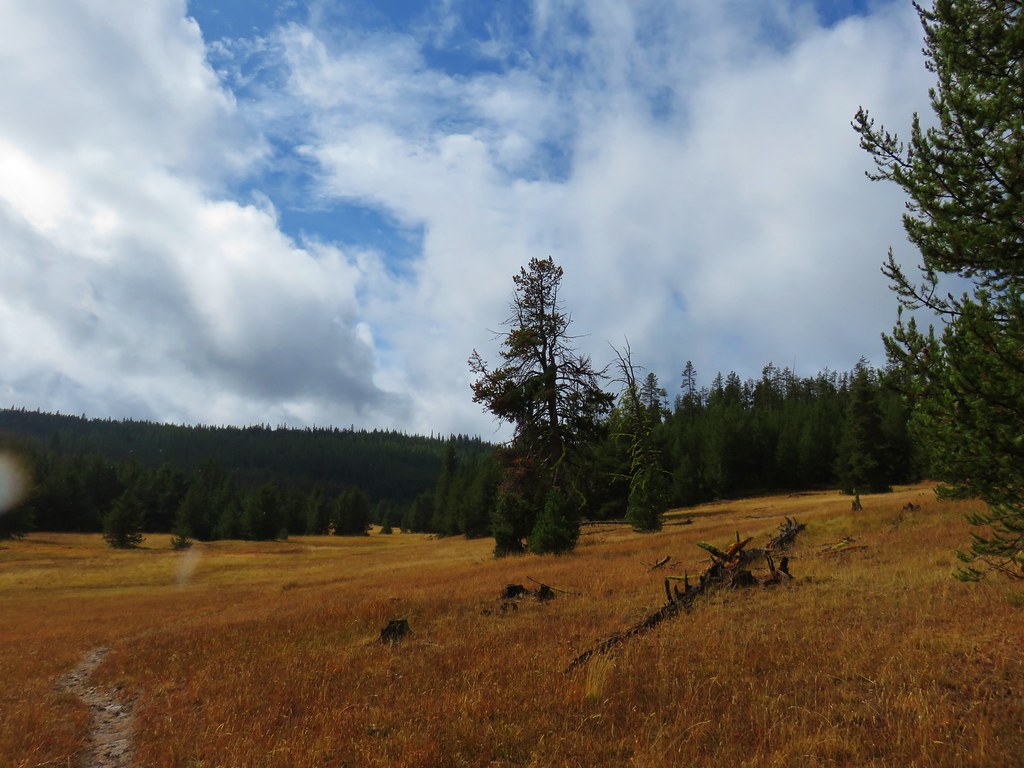 At the Crane Creek Trailhead we picked up the North Crane Trail which would lead us back to the North Fork John Day Trailhead. 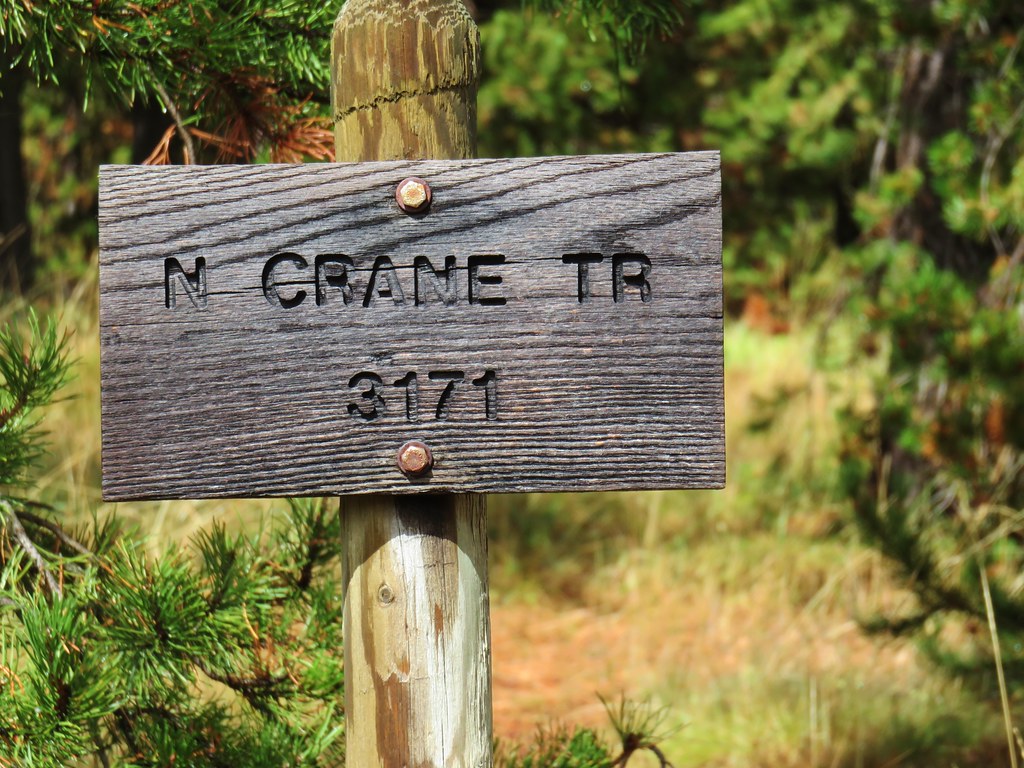 Remnants of the morning snow remained along this 2.6 mile trail as it passed through alternating meadows and forest. 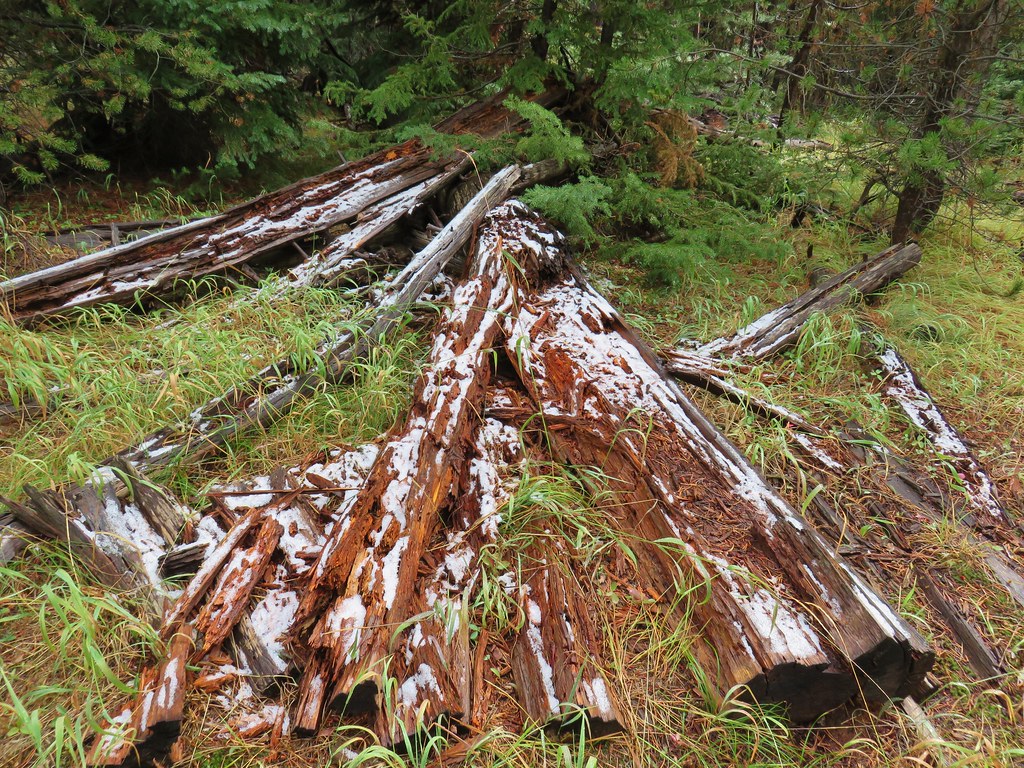 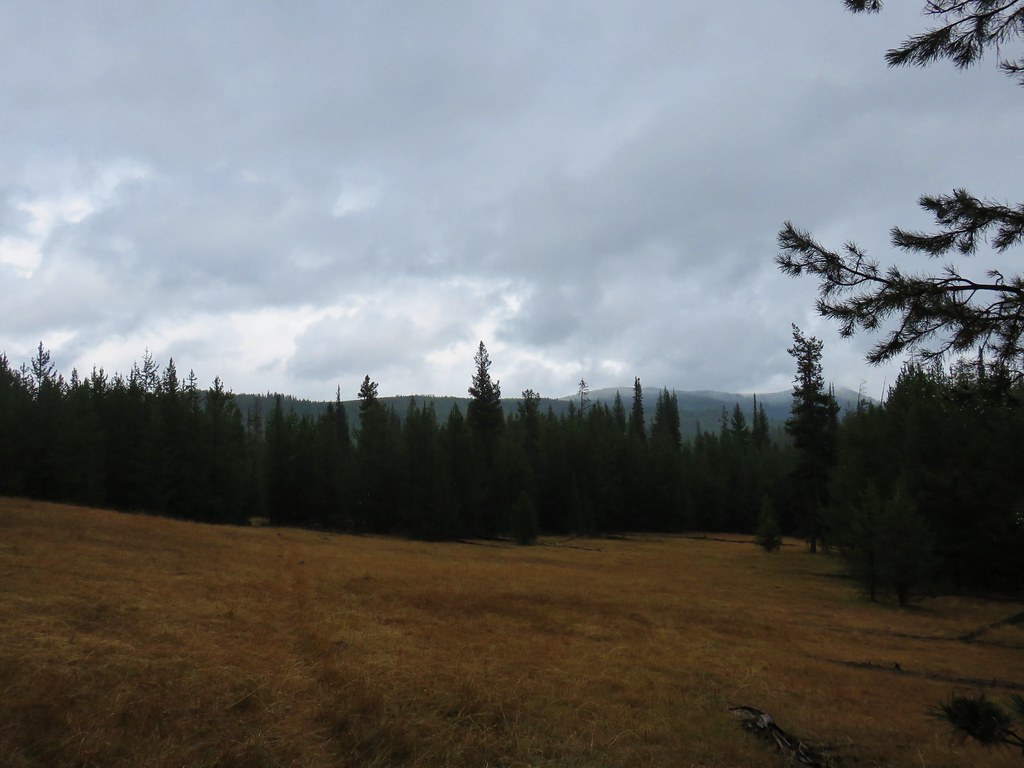 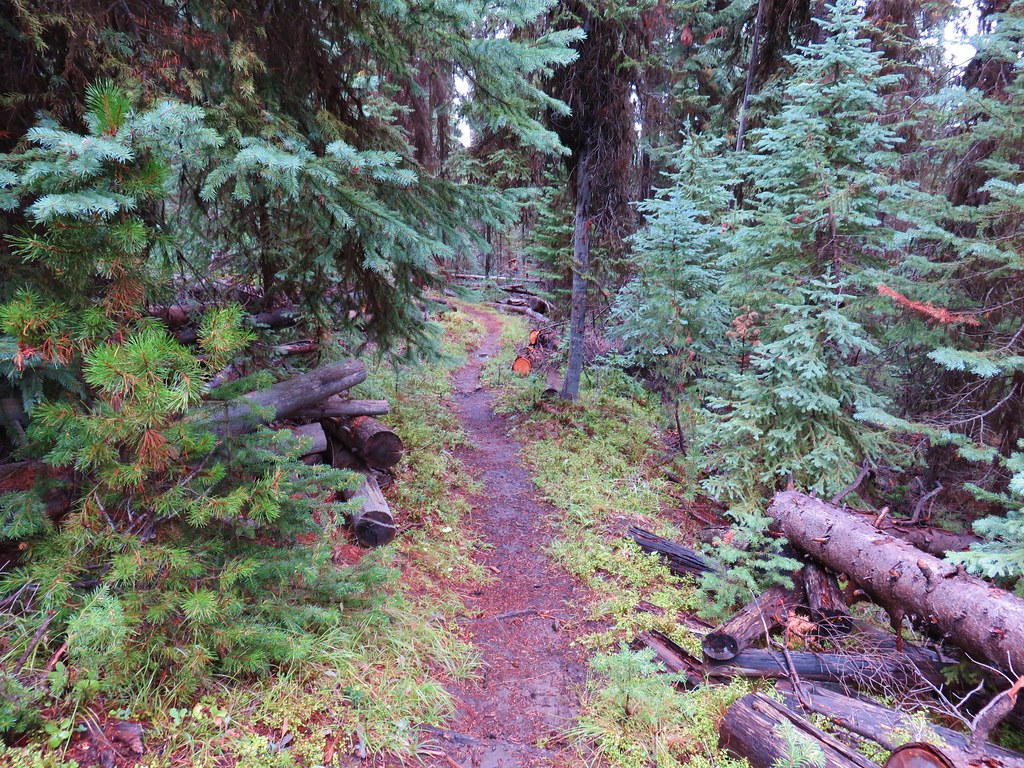 We had been expecting to have to ford the river again to get back to the trailhead but ended up taking a right at some point when the actual trail veered left and popped out onto Road 73 just before the river a quarter mile from our car. We crossed the river on the road and walked through the campground to our car. 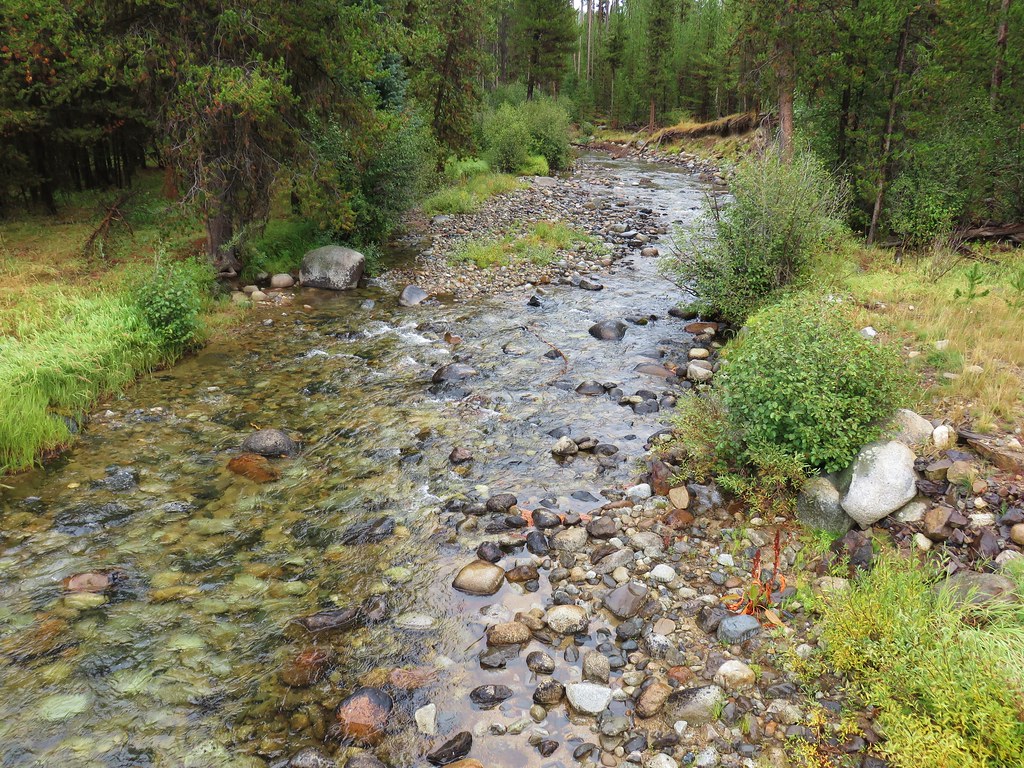 It was a much warmer hike than we had been expecting and a really enjoyable 14 mile loop. We would be heading back to the same area the next day for another hike at a higher elevation but for now it was time to head back to Sumpter and get cleaned up. Happy Trails!

Hmmm. You traded smoke & fire for rain & snow – seems like a fair deal all considered. 🙂 Good to see that the Big Foot Hilton is still there.

It was a good deal for sure. There was at least one decent sized hole in the roof of the hilton from what I could see but otherwise it seemed to be holding up reasonably well.

[…] vacation but the first in the Wallowa-Whitman National Forest. The other two, Olive Lake and the North Fork John Day River, were in the Umatilla National […]