We started at the Twin Pillars South Trailhead located near Wildcat Campground. The trailhead can be reached by driving Highway 26 9.2 miles east of Prineville and turning left on Mill Creek Road for 10.6 miles to the entrance of Wildcat Campground. We parked at a large gravel parking area 200 yards after turning into the campground area. 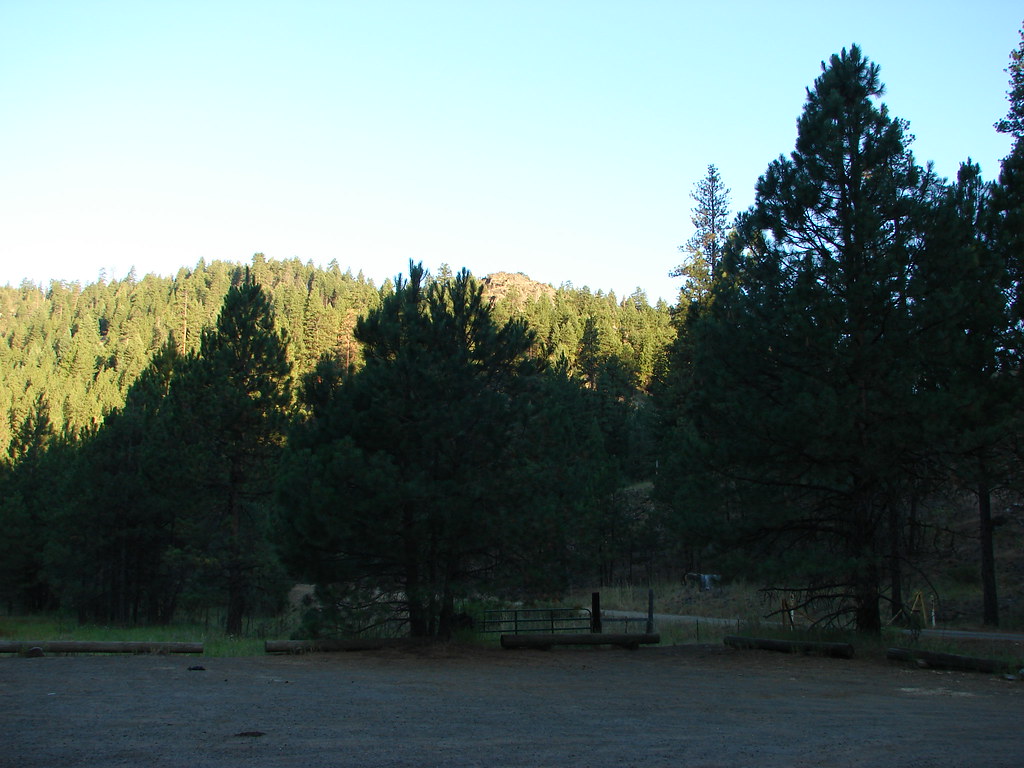 We followed a short path into the campground opting not to ford Mill Creek at a horse crossing. After walking to the far end of the campground we came to a gate and the start of the Twin Pillars Trail. 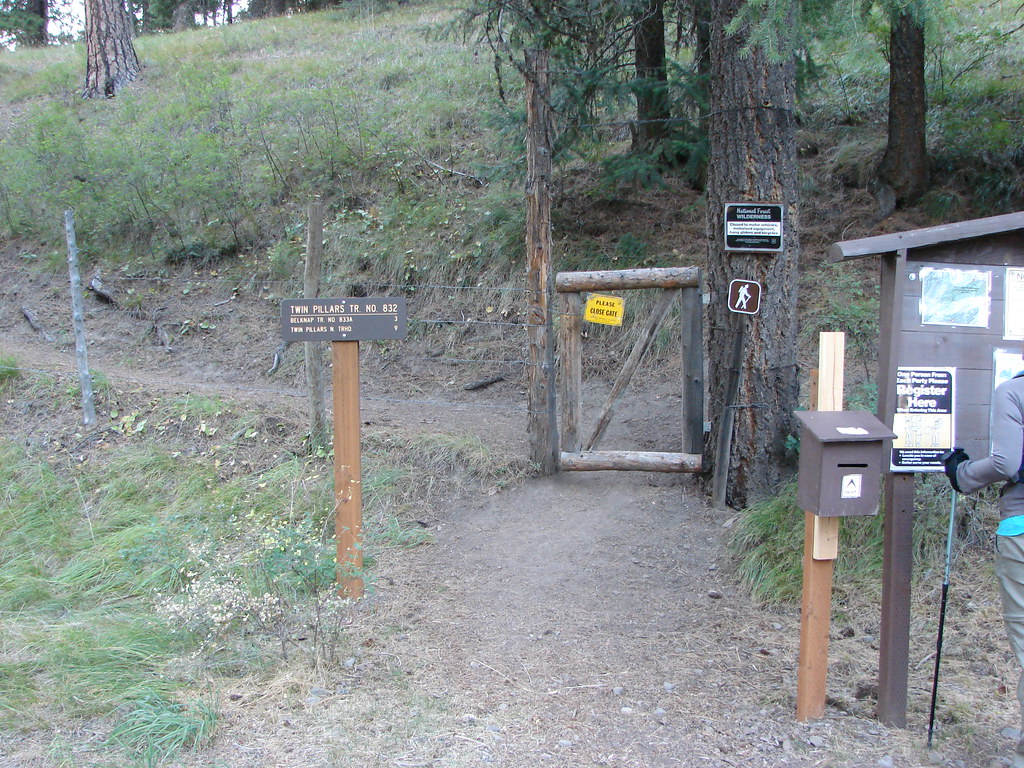 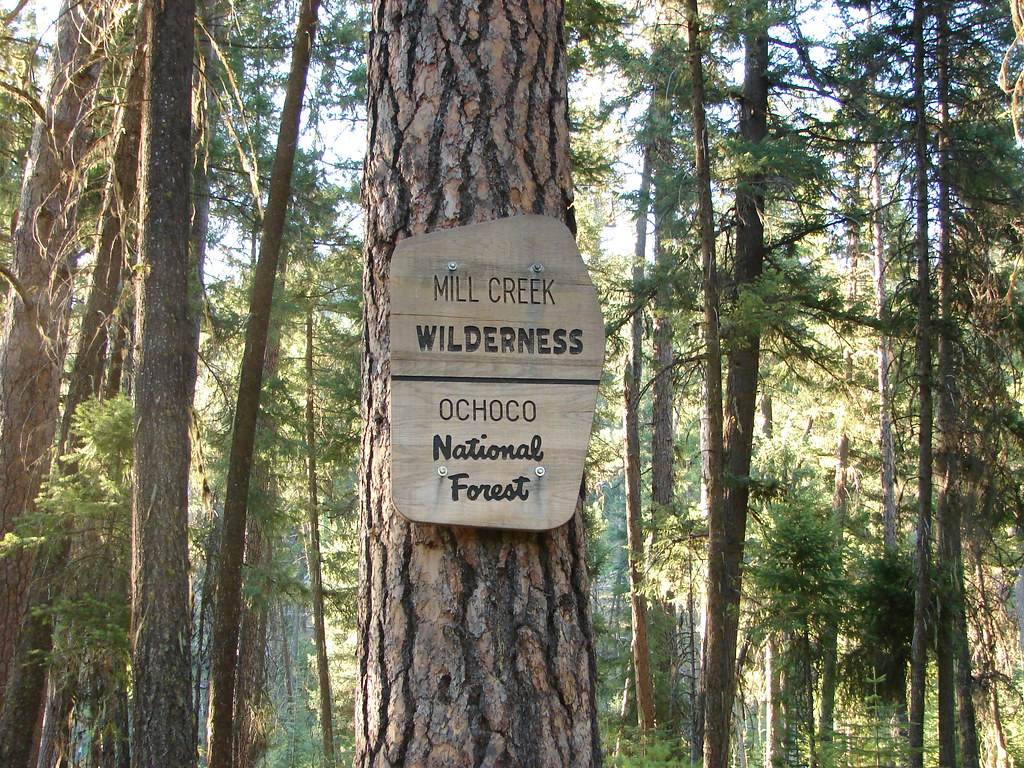 The trail followed Mill Creek through a forest with ponderosa pines and a few remaining wildflowers. 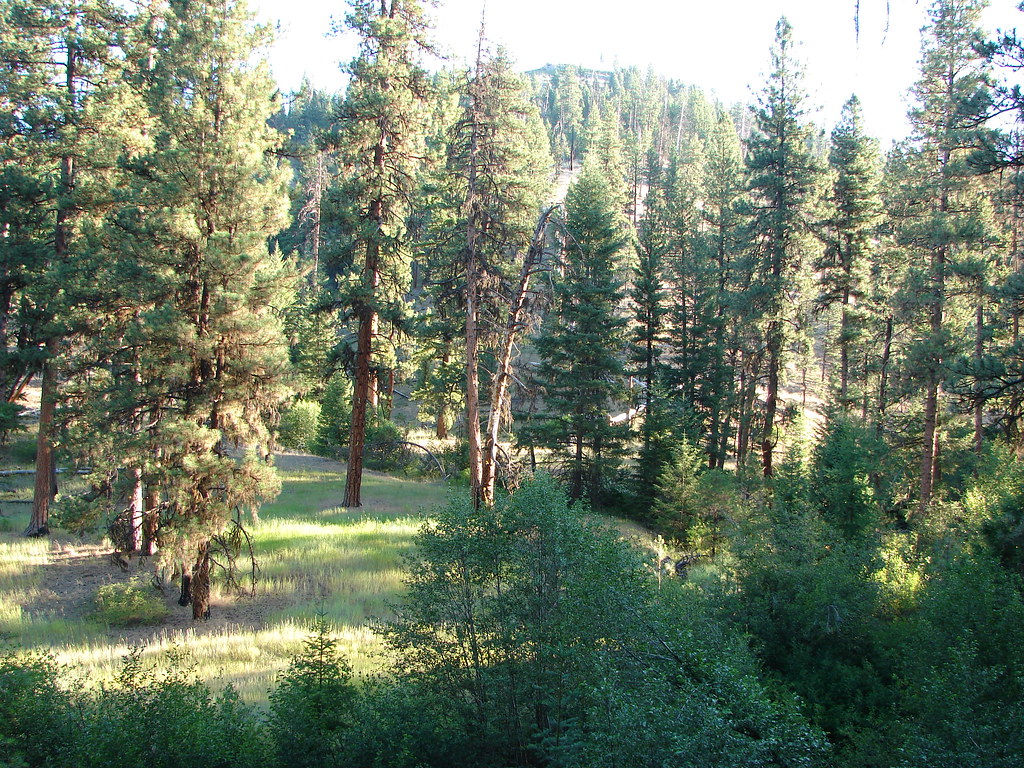 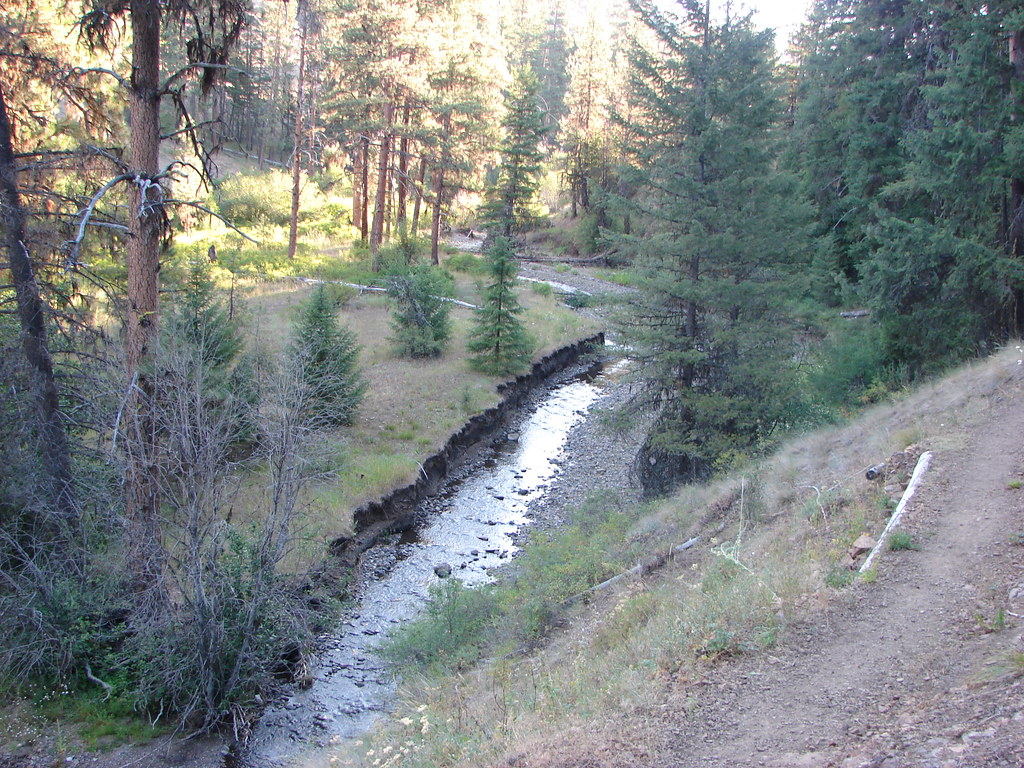 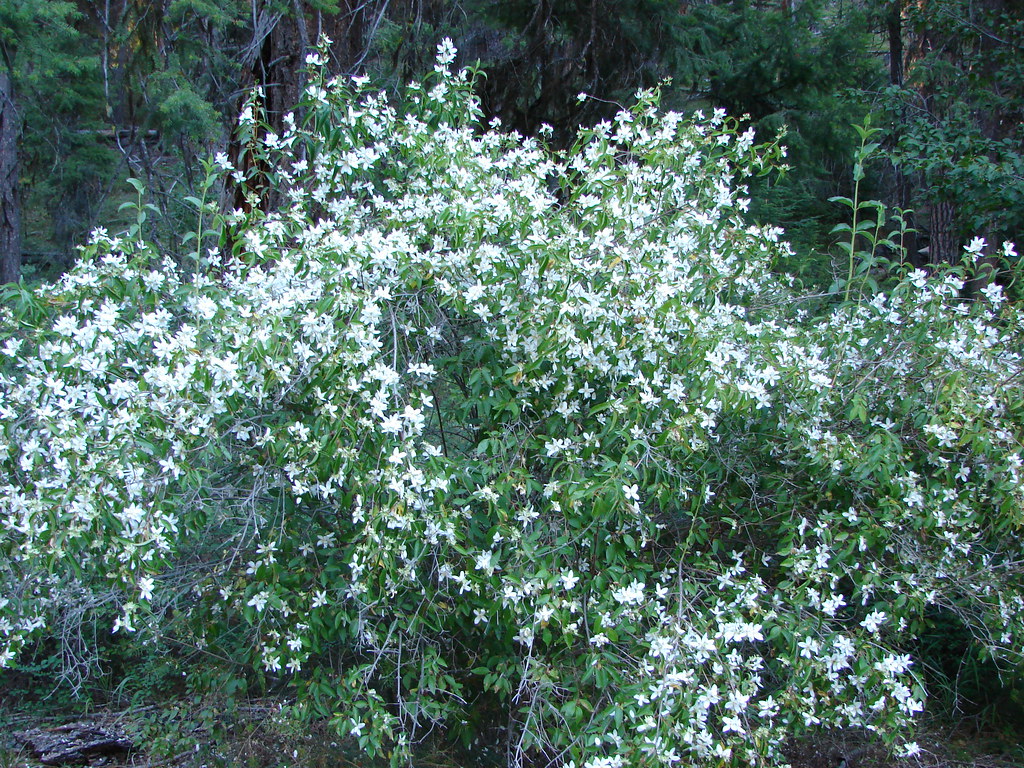 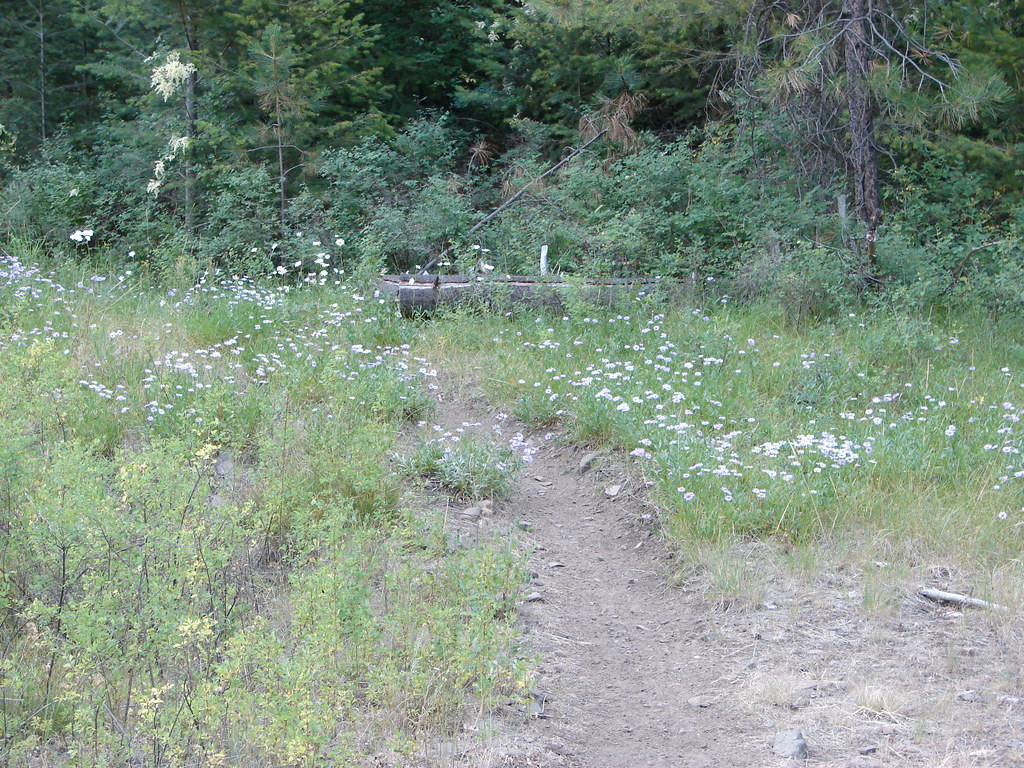 The official trail fords the creek 7 times in the first 2 miles but often cattle trails existed on both sides of the creek making many of the fords unnecessary. Low summer water levels allowed us to stay dry on the crossings we did do. 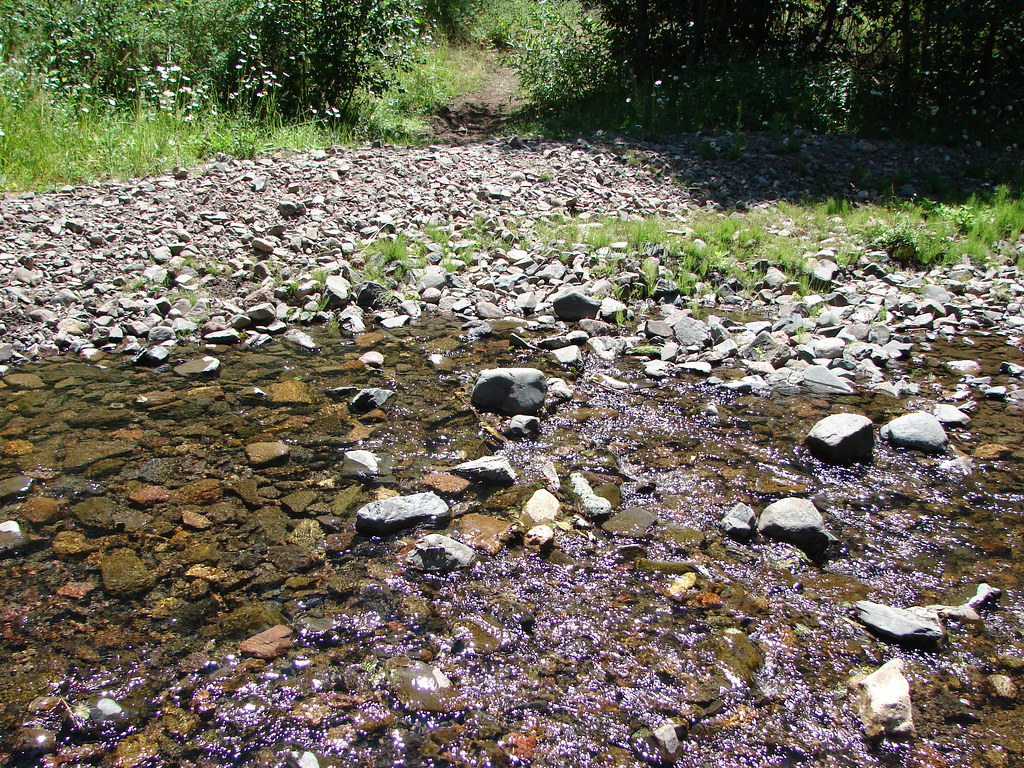 Beyond the 7th ford the trail entered scars of a wildfire that swept through the wilderness in 2000. 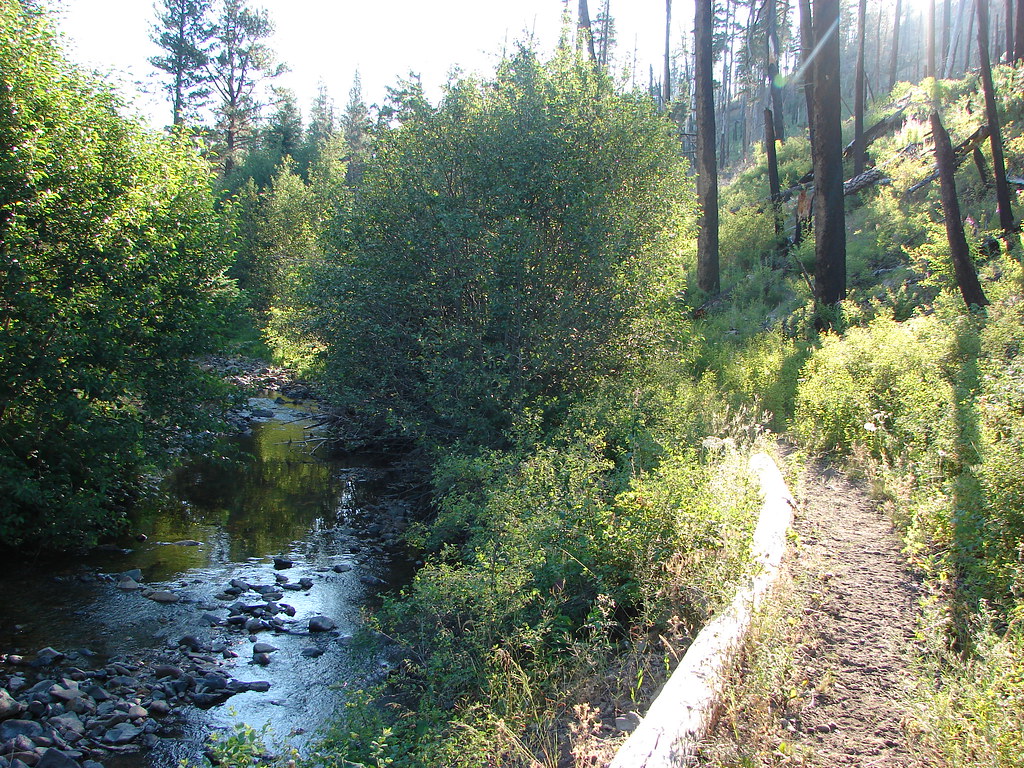 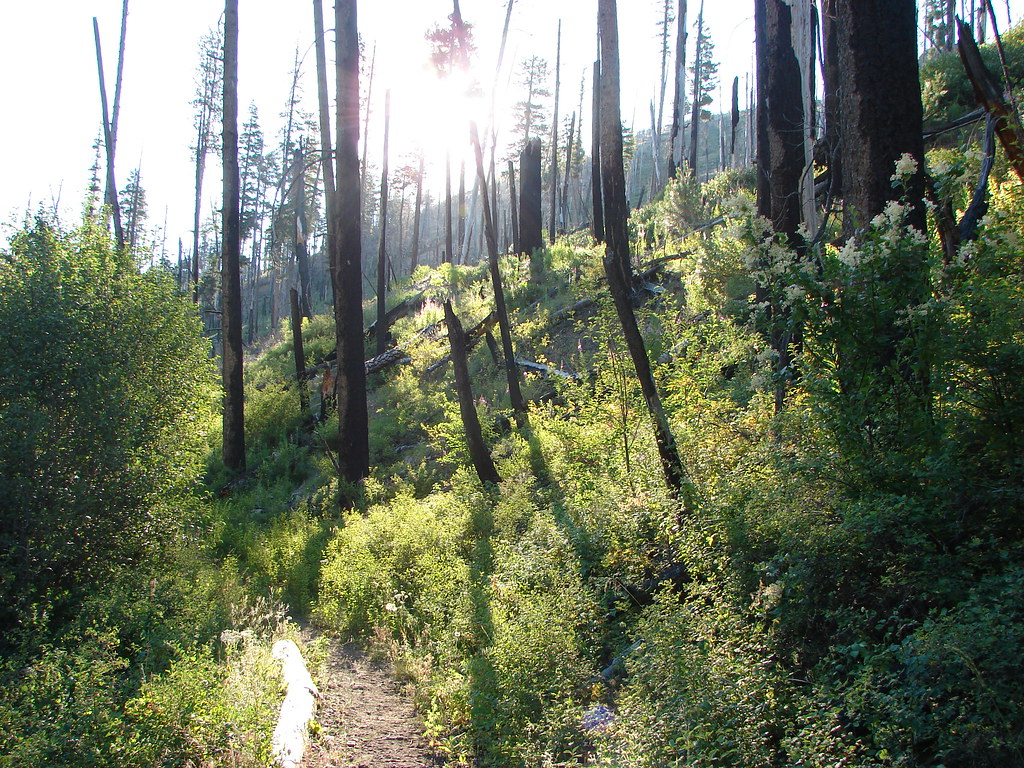 Here we ran into some of the cattle responsible for the unofficial paths. 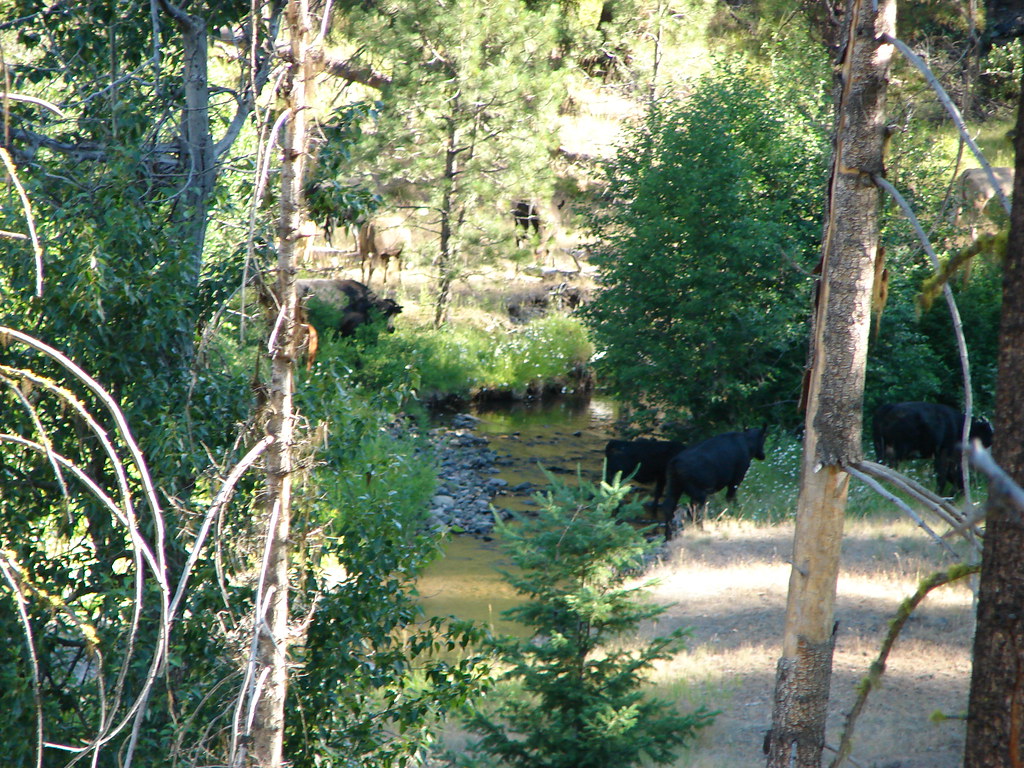 We played a frustrating game of follow the leader with them as they would move up the trail ahead of us leaving “land mines” along the way. Eventually they would stop and move off the trail but as we approached they would once again hop on the trail in front of us and repeat the game. We lost them somewhere around the 2.9 mile mark where the Belknap Trail joined from the east. Just beyond this junction we crossed Mill Creek for the final time as the trail veered away from Mill Creek and headed uphill toward the now visible Twin Pillars. 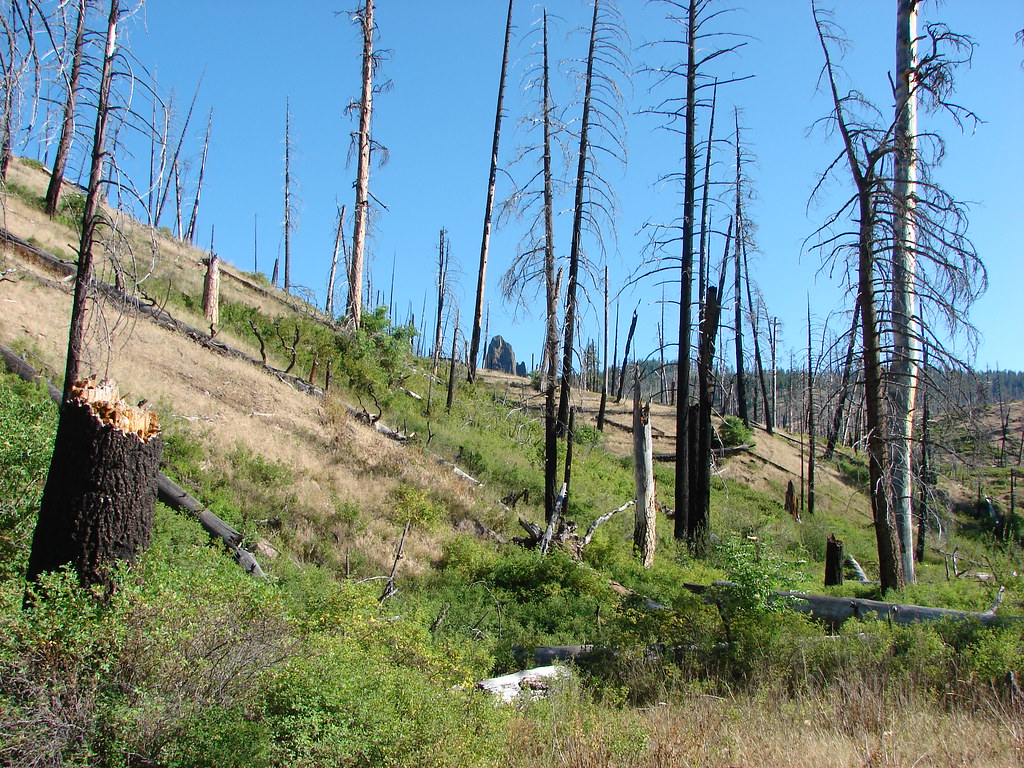 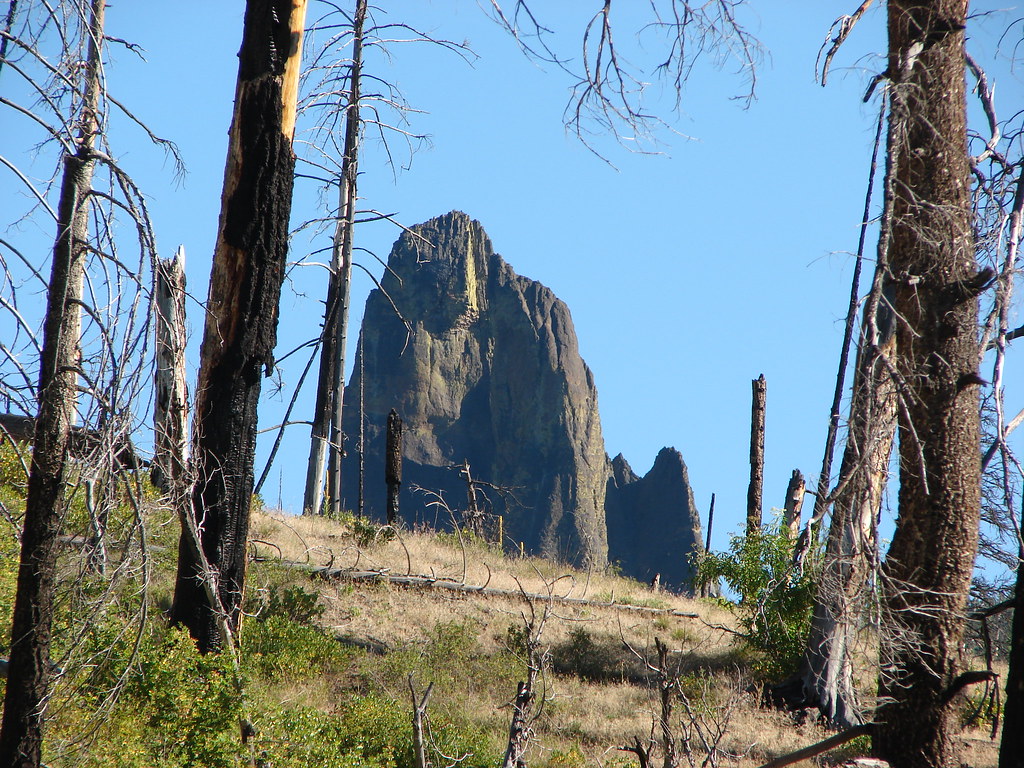 Due to the majority of trees having been lost to the fire in 2000 this section of trail was very exposed to the sun and therefore quite warm. 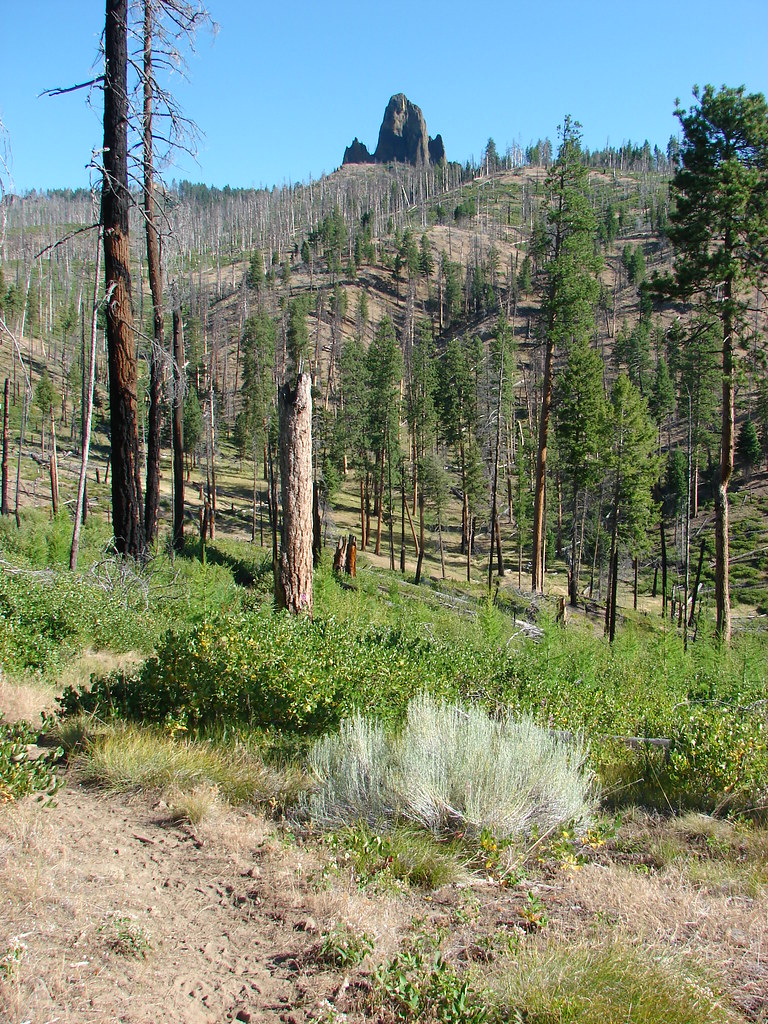 The trail crossed Brogan Creek as it continued to climb uphill. 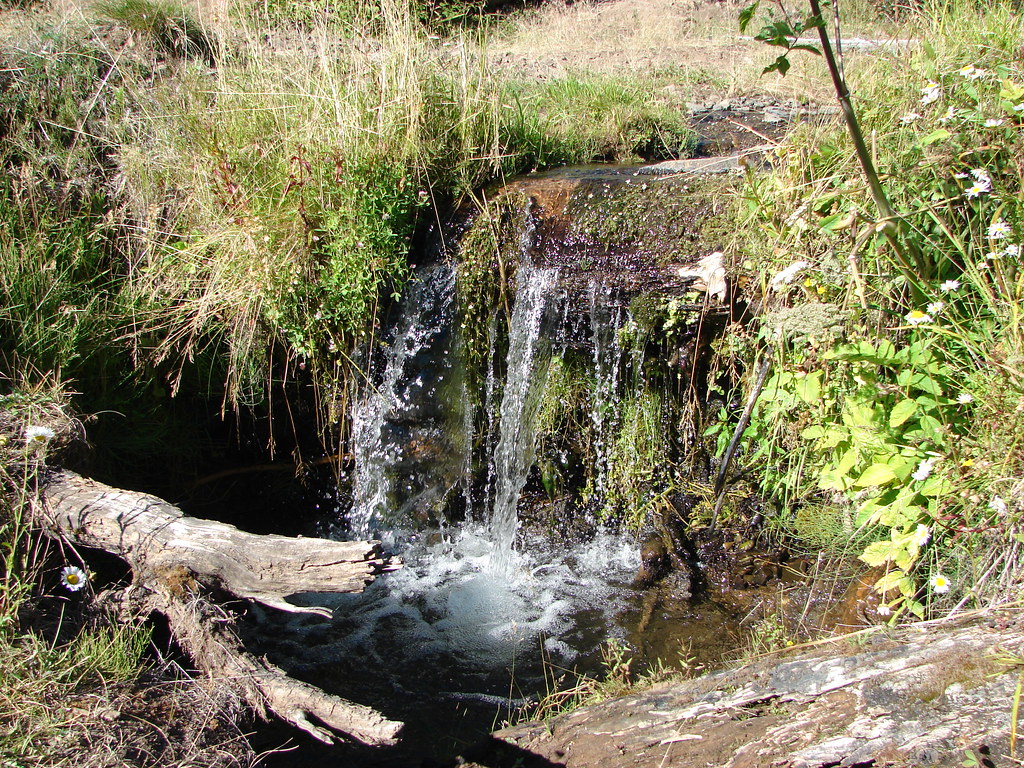 There were more cows off in the brush along this section but they stayed off the trail. We also spotted a pair of norther flickers and a Lewis’s woodpecker. 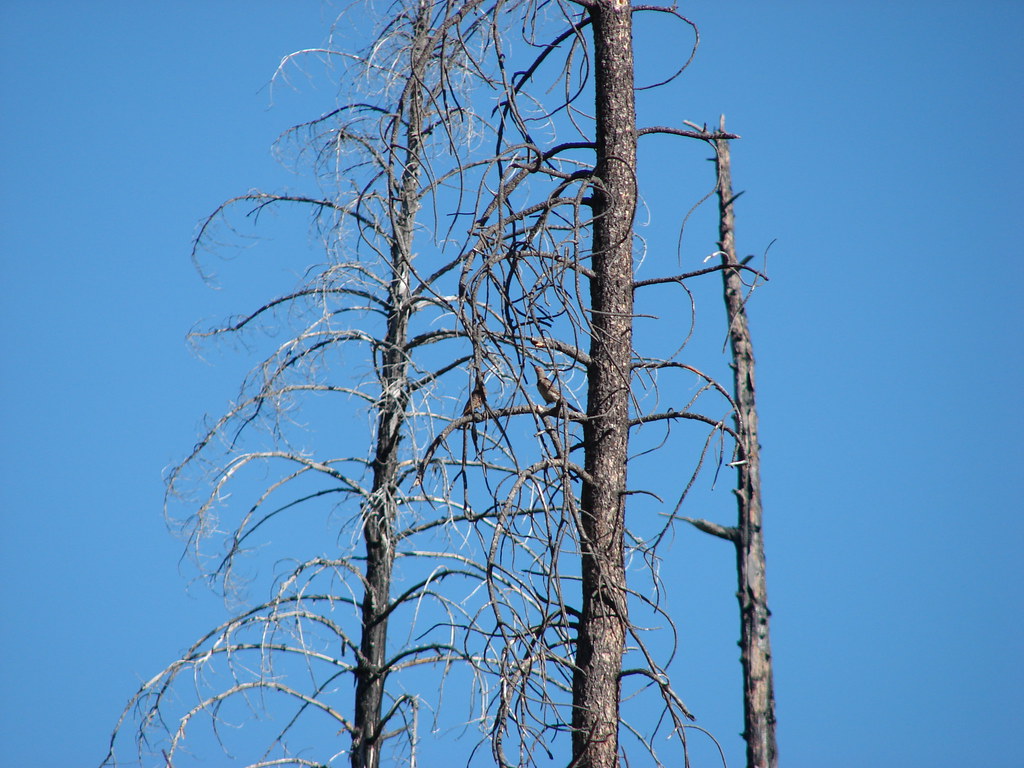 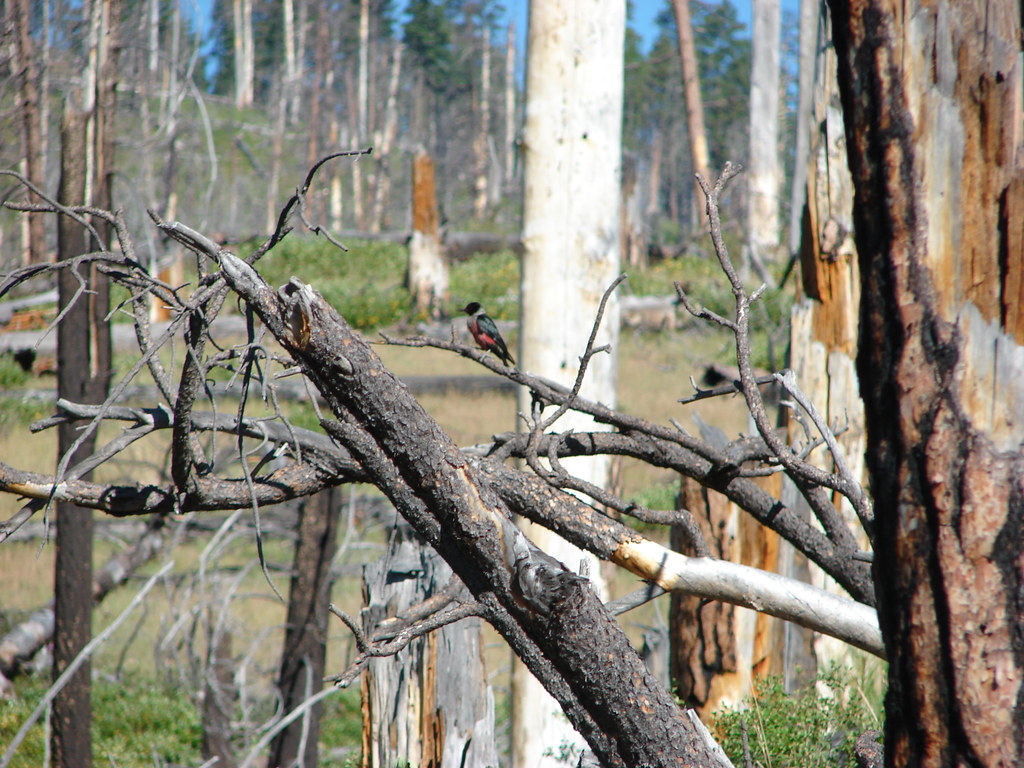 The trail continued to get closer to the Twin Pillars and began to wind around the rock formation. 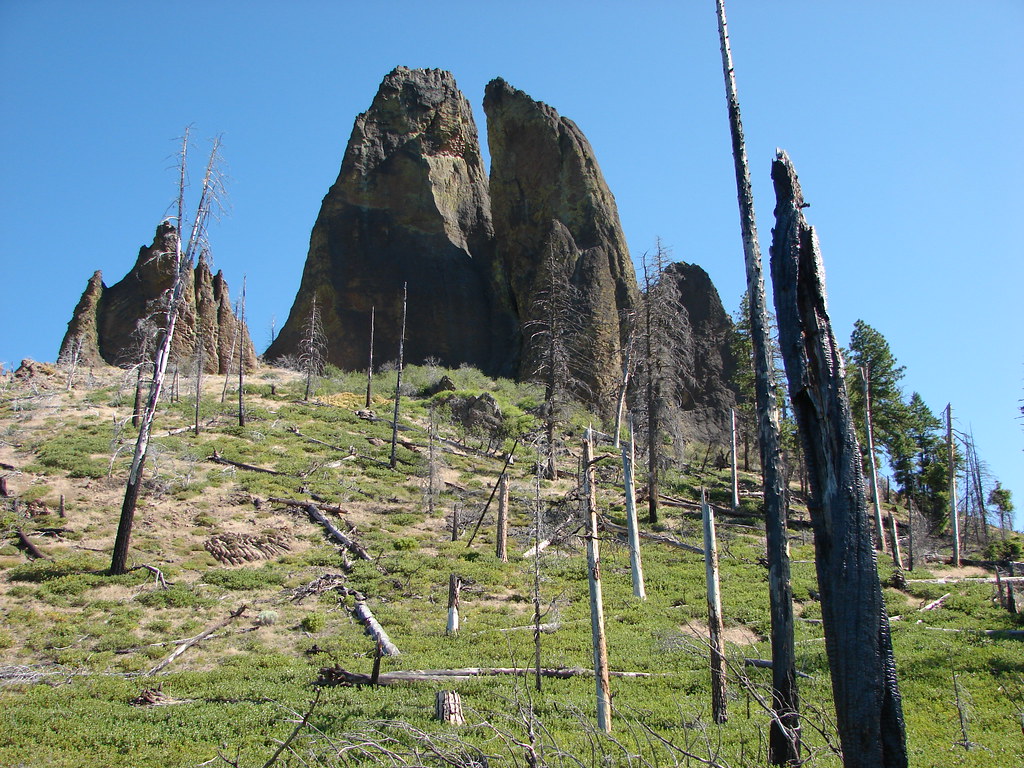 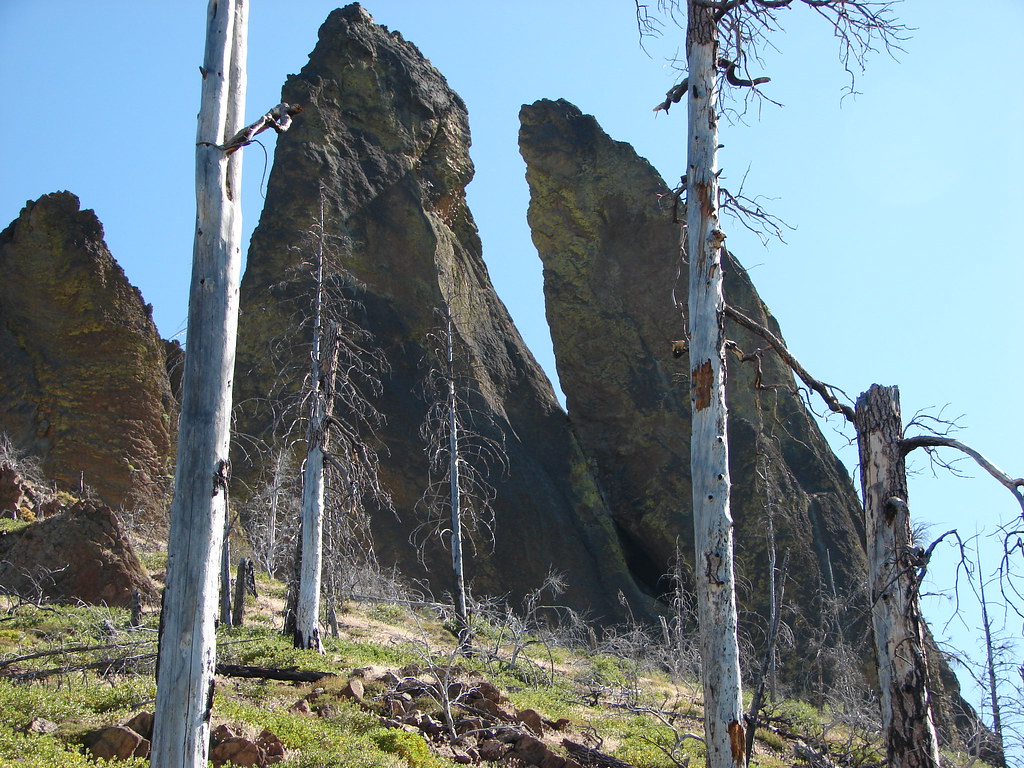 We were looking for a side trail to the base of the pillars which we expected to find around 2.5 miles from the Belknap Trail junction. We didn’t notice anything as we continued around the pillars and we soon found ourselves behind the rocks where the trail veered away from them toward the Twin Pillars North Trailhead on Forest Road 27. That trailhead offers a shorter hike to Twin Pillars (5.2 miles RT) but a worse drive. 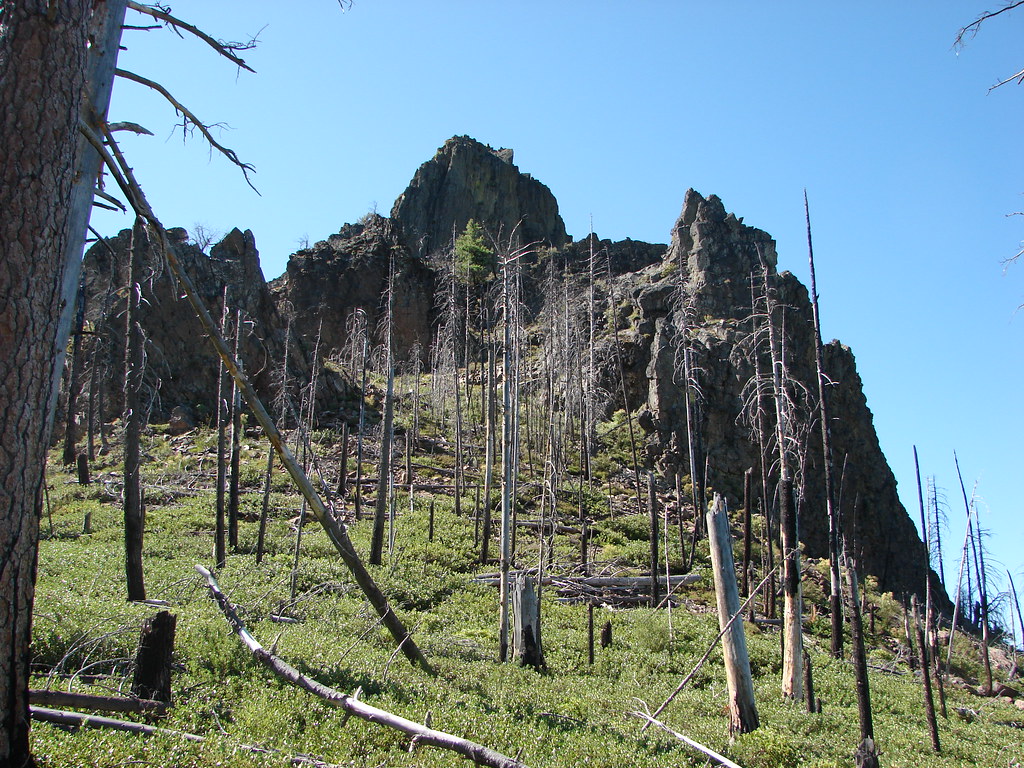 The view from this spot included Mt. Bachelor and the South Sister as well as the rhyolite ash Steins Pillar (post). 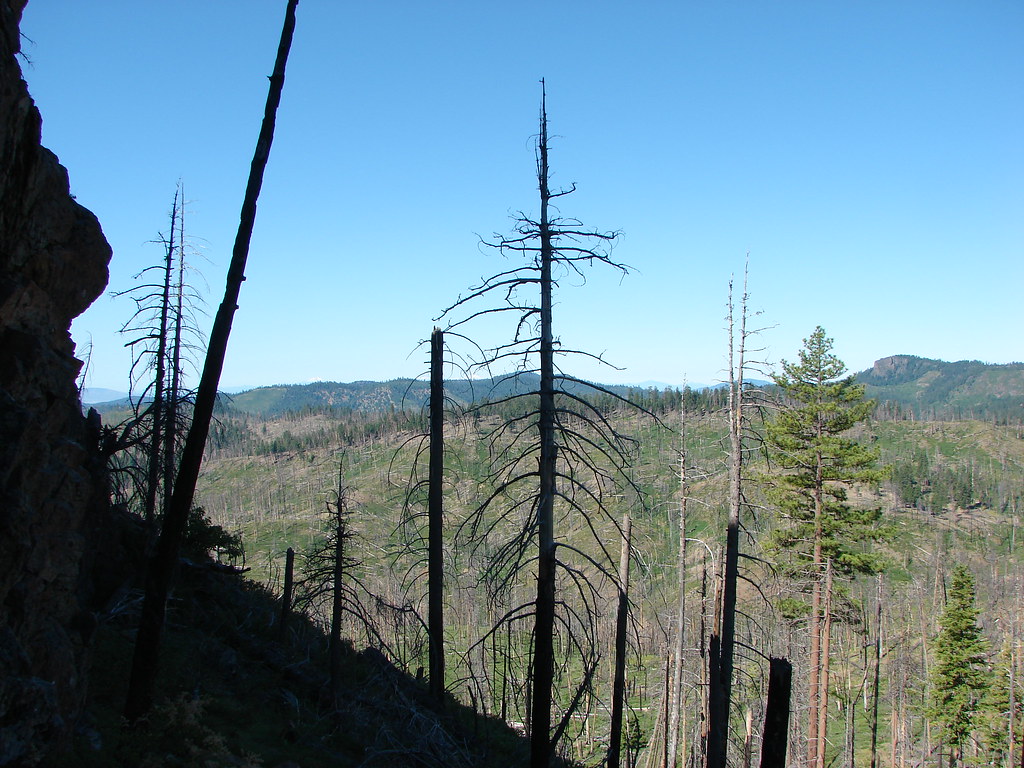 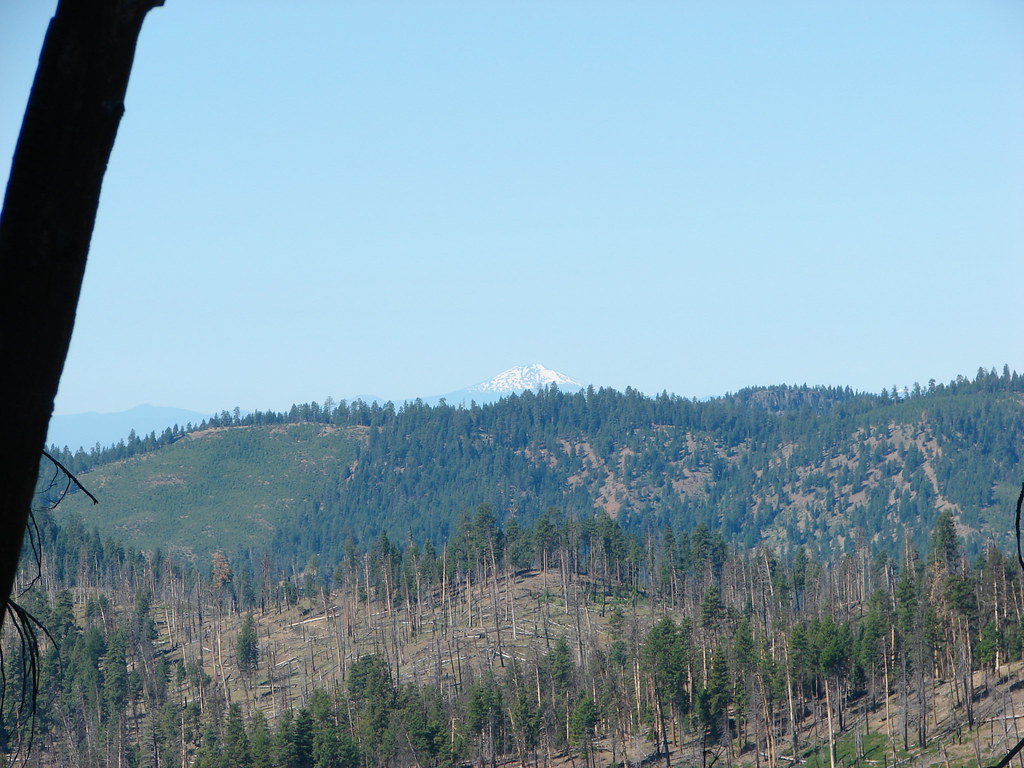 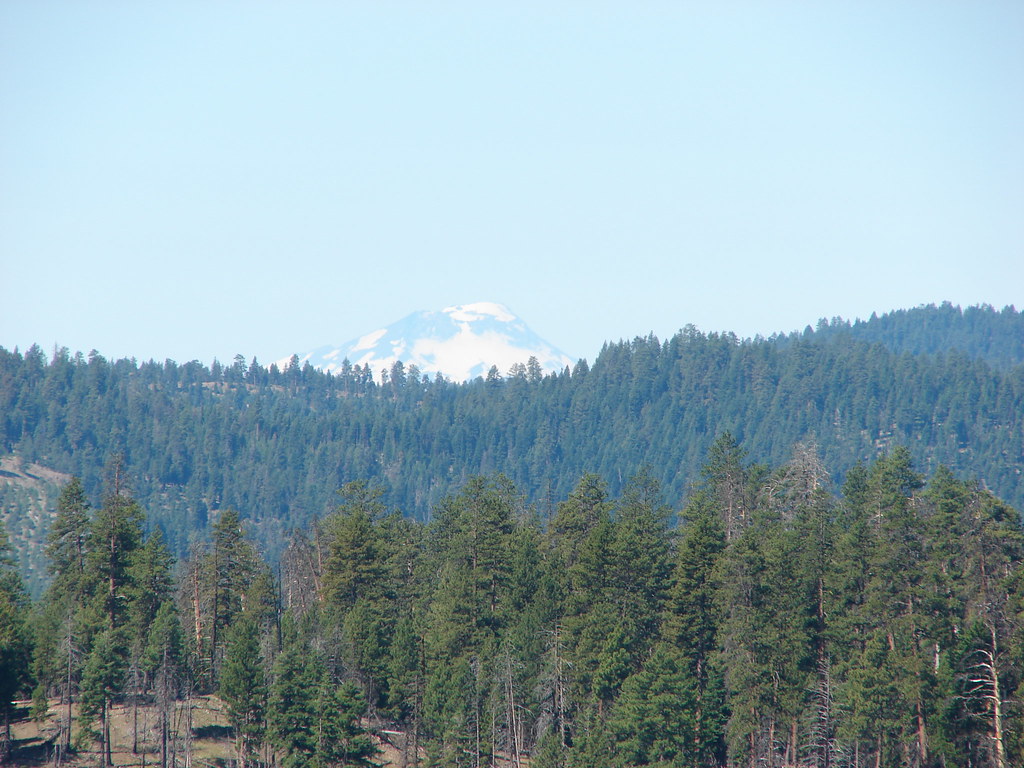 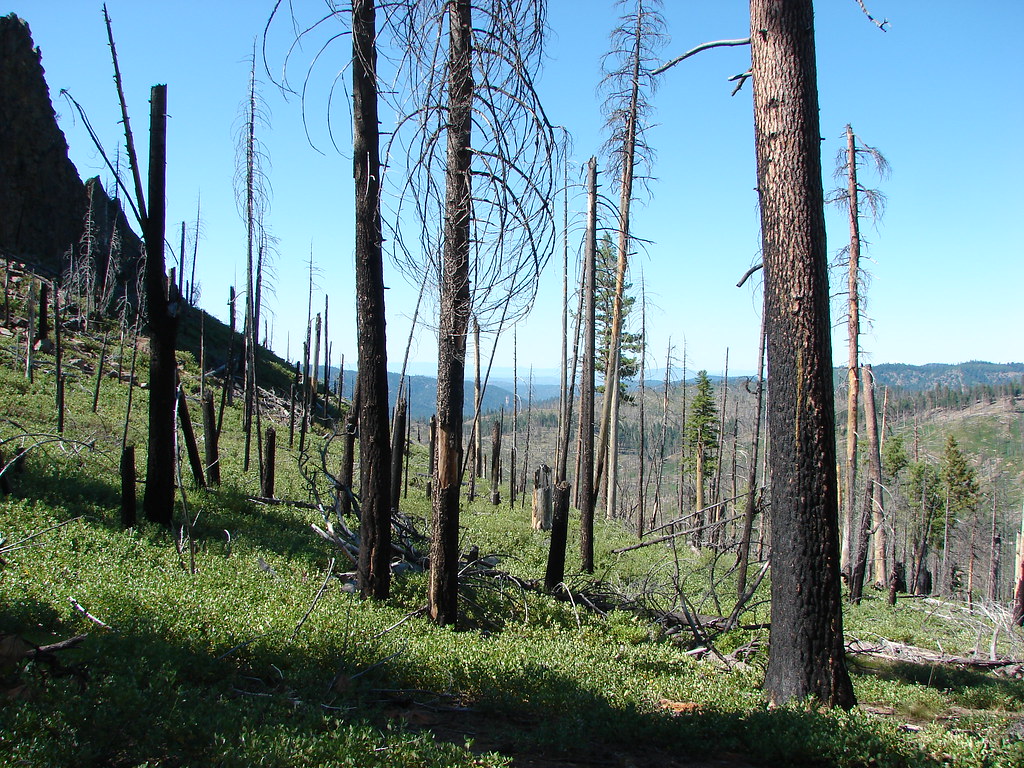 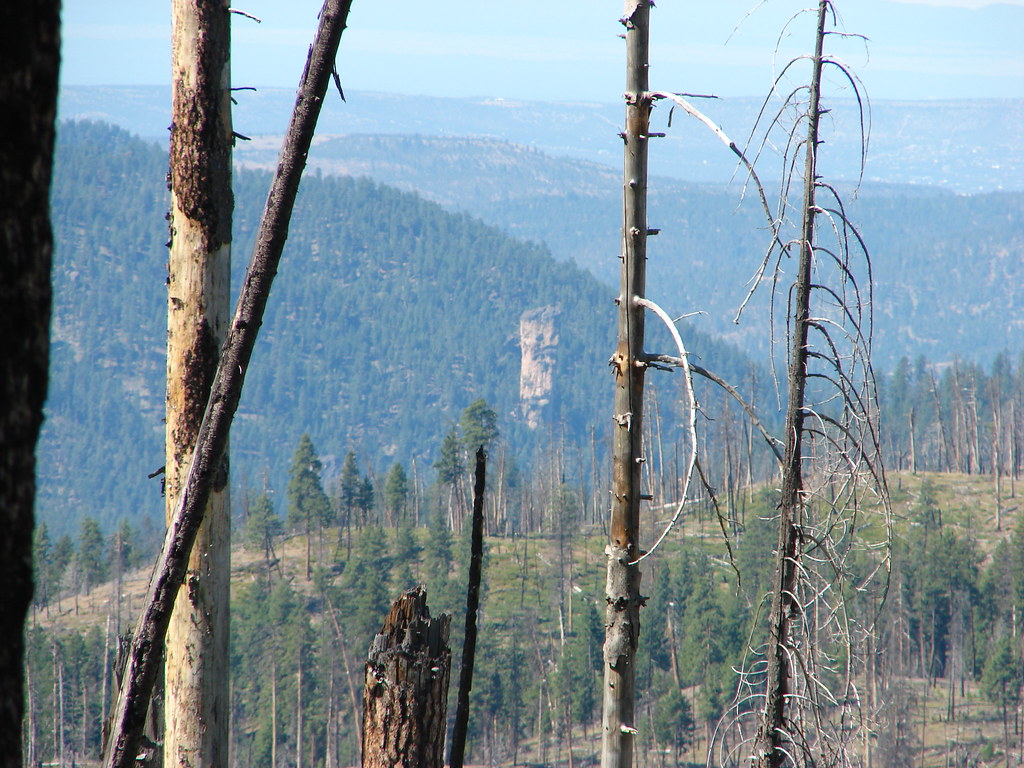 We decided to bushwack to the base of the rocks as best we could and then worked our way around to the south a bit. 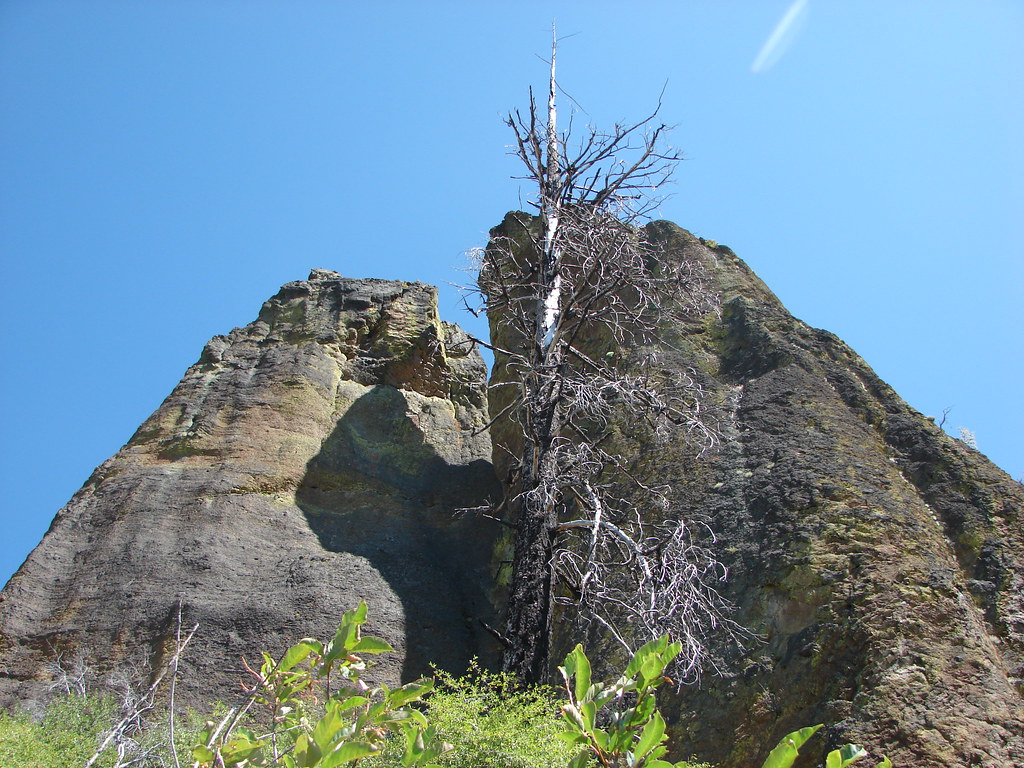 We couldn’t tell whether we were on a path or not but we followed whatever it was as best we could down away from the pillars toward the trail. As luck would have it we popped out onto the trail right by a snag that had a burnt trail sign attached to it. 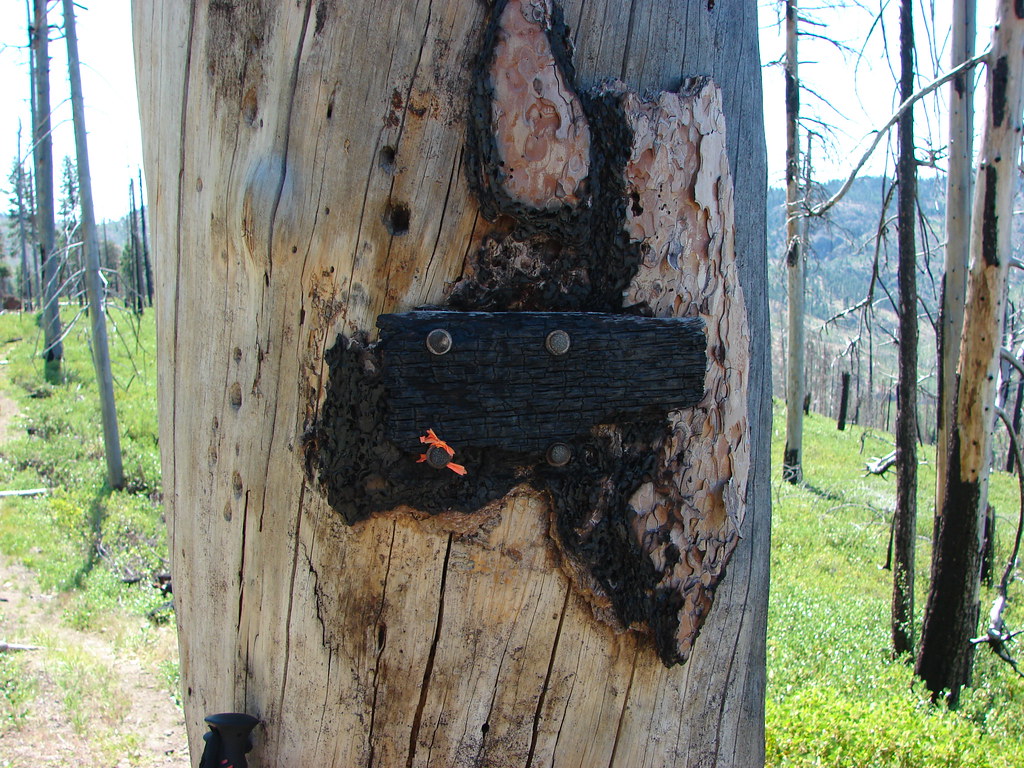 It seems we had stumbled onto the side trail after all. We returned the way we’d come even playing another round of follow the cattle. We’re planning on redoing this hike at some point in late Spring or early Summer in hopes of catching more flowers and avoiding some of the heat. Until then the cows will just have to play their games with other hikers. Happy Trails!

[…] them in the trail. They began to head up the trail so we followed having played this game before (post). More cows began to hurry down the hillside and cross the trail and then we noticed the bull. He […]