Greetings! I know we weren’t supposed to be hiking again until after our marathon this coming weekend, but we managed to sneak a quick one in. We took advantage of a scheduled cross-training day to head out to the Ankeny Wildlife Refuge just south of Salem. This is the first hike listed in William Sullivan’s 100 Hikes in the Central Cascades book and according to the description April is one of the peak migratory months for the various birds that can be spotted there. A flat 2 mile loop along the Rail Trail worked perfectly for our cross-training needs so it seemed like the ideal time to finally go check out the refuge.

We parked at the Rail Trail parking area and set off on a gravel path heading to the start of the loop. 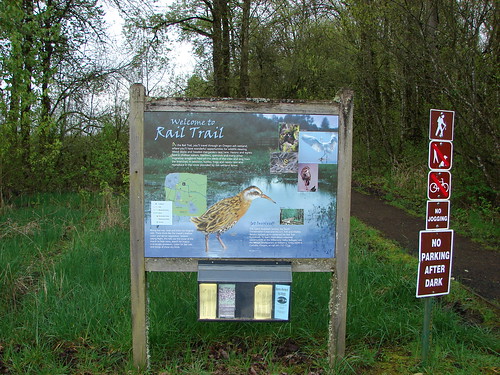 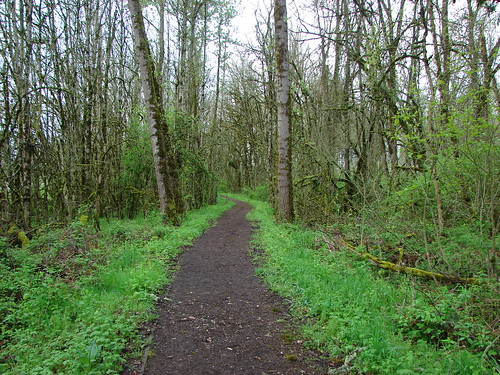 After a couple of hundred yards we reached the start of the loops where we took a right onto the Rail Trails raised boardwalk. 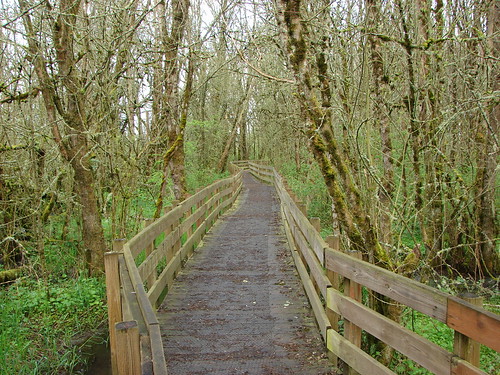 The boardwalk is necessary as the trail passes through a wetlands that is either under water or too muddy for passage. 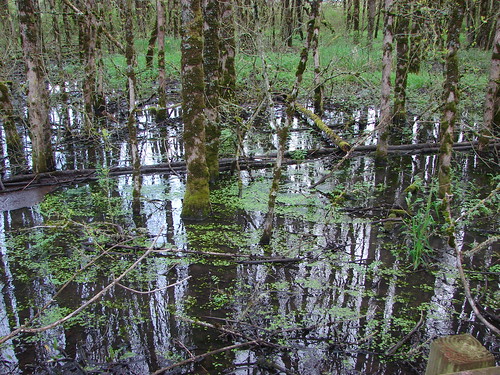 There were many small birds present as we approached the bird blind located just over half a mile along the boardwalk. Most of them wouldn’t sit still long enough for a picture but a curious Bewick’s Wren paused long enough for a shot. 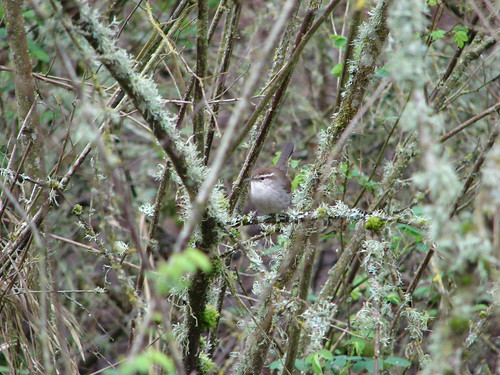 We didn’t stay long at the bird blind due to the fact that we were supposed to be cross-training but the blind overlooked a marshy pond where ducks and red-winged blackbirds moved about. 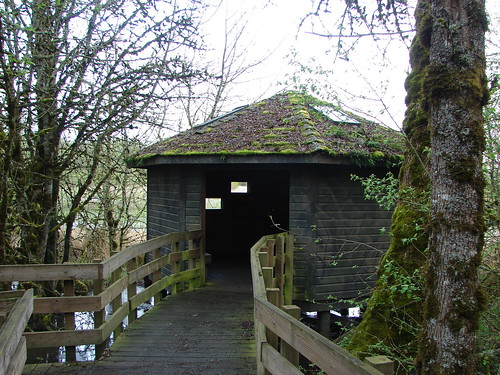 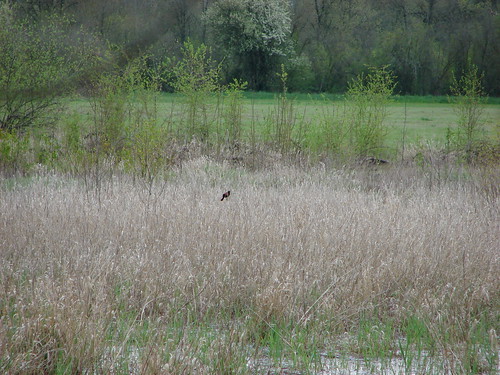 Shortly after leaving the blind a pair of noisy geese expressed their displeasure with our presence. 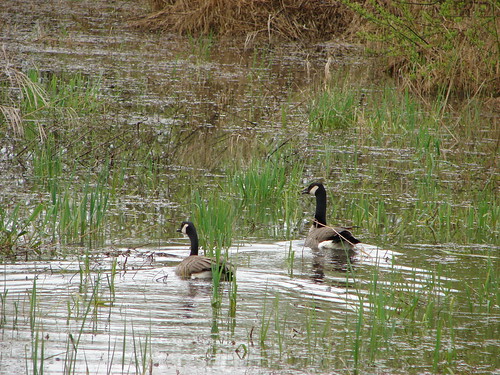 We discovered the reason for their annoyance was the nest they had built near the trail. 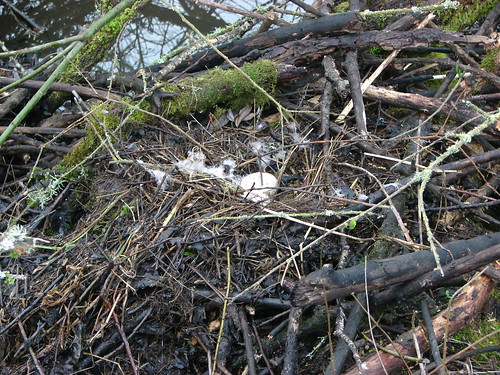 The boardwalk ends at an old dike road where the loop turns left and follows the dike back around to the parking area. Being as early as it was in the year (the dike is only open from April 1st – September 30th) the dike was covered in damp vegetation. 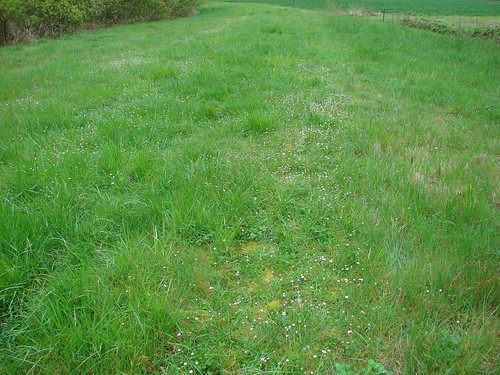 We encountered numerous red-winged blackbirds as we travelled along the dike and we also spotted a good variety of ducks in the many ponds. 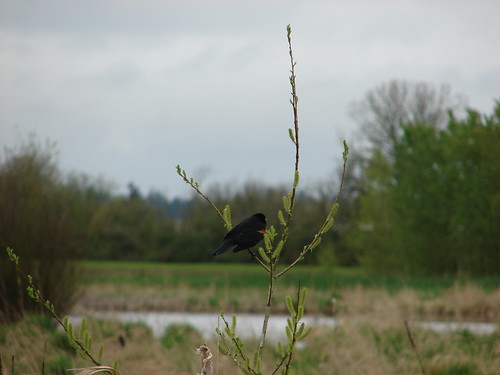 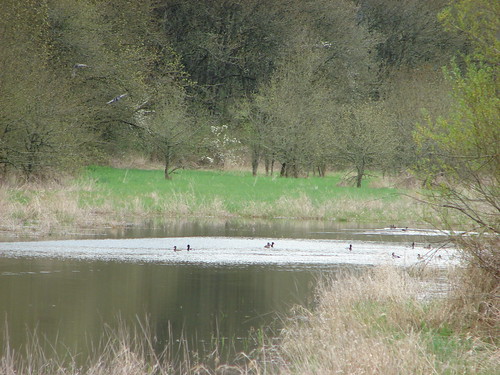 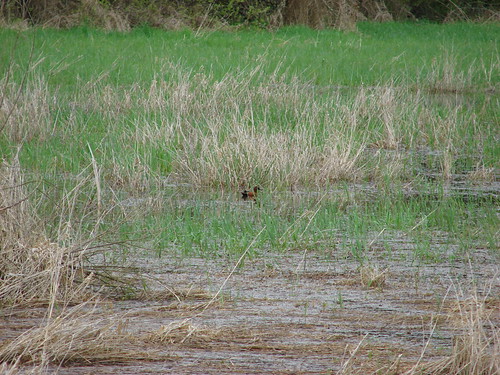 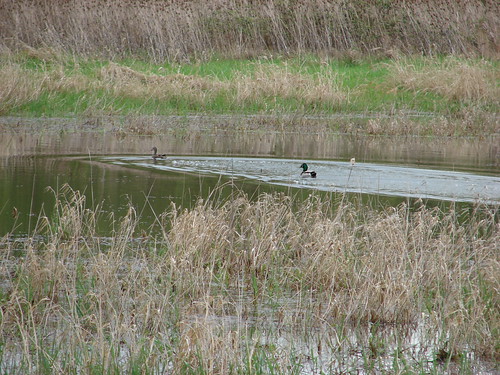 Other than our feet getting a lot wetter than we had planned due to the wet grass along the dike it was a peaceful trail. We had a bit of trouble locating the correct place to turn back toward the parking area and had to pass through about 10 feet of saturated ground to get back but that just helped make it feel more like a hike :). Ankeny Wildlife Refuge would be a great place to go if you’re interested in bird watching. Someday we’ll have to go back and spend more time standing still and waiting for the birds to come to us. Until next time – Happy Trails!

I know this place 🙂 Nice pics

[…] hike described by Sullivan in his “100 Hikes in the Central Oregon Cascades” guidebook (post). This time I hoped to explore more of the refuge by hiking some of the dike trails that are open […]