We recently headed down to Ashland, OR on vacation for a few hikes and to catch a play at the Oregon Shakespeare Festival.  On our way down south we stopped at the BLM managed North Bank Habitat just north of Roseburg for a quick hike to break up the drive.  The primary goal of the habitat is to  provide secure habitat for the Columbia white-tailed deer and other special status species.

The 10-mile square area has several access points and trail possibilities, although some access points are only open during certain days/hours so check ahead.  We started our hike at the West Access and headed up the Blacktail Ridge Road Trail. 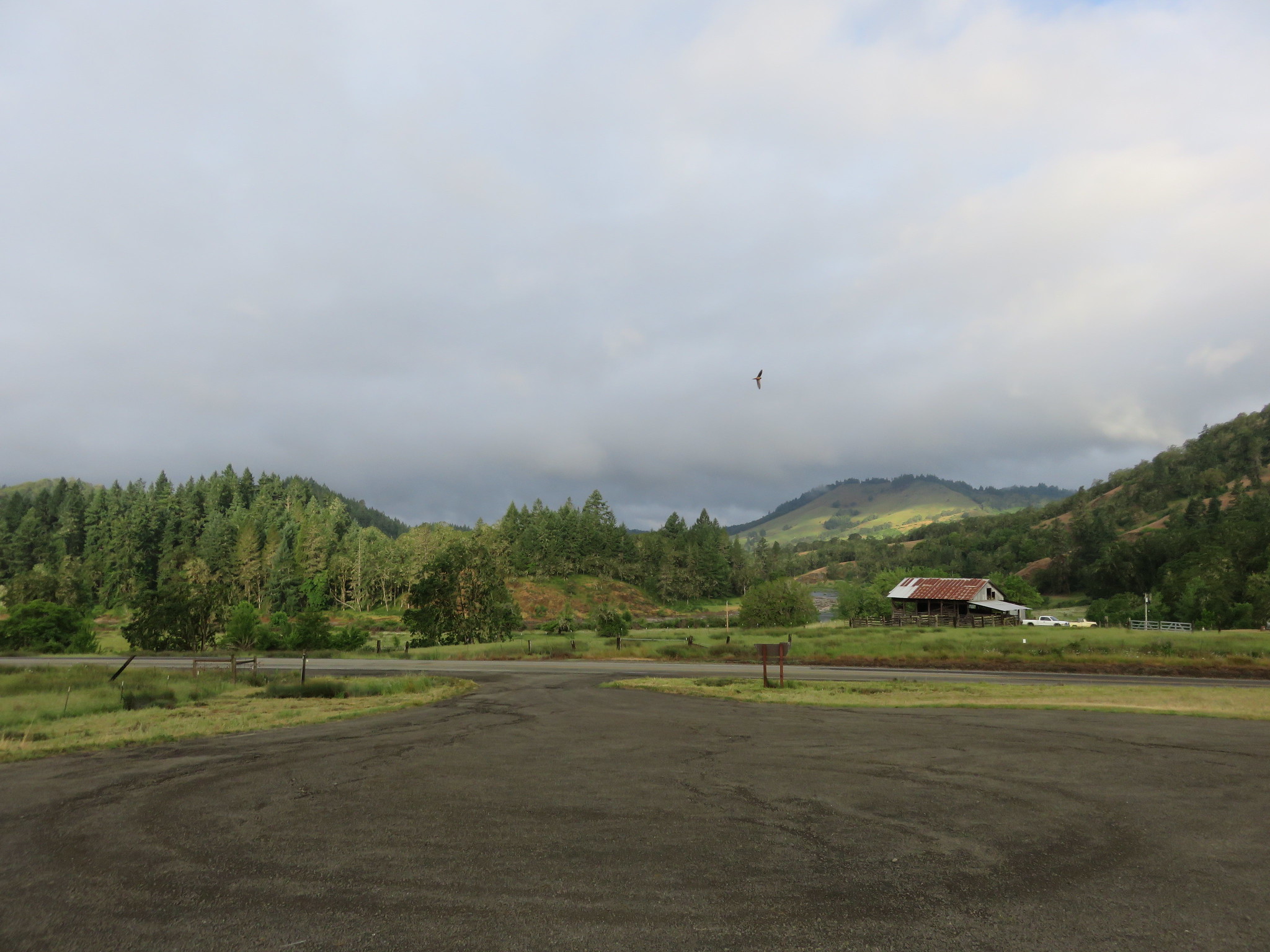 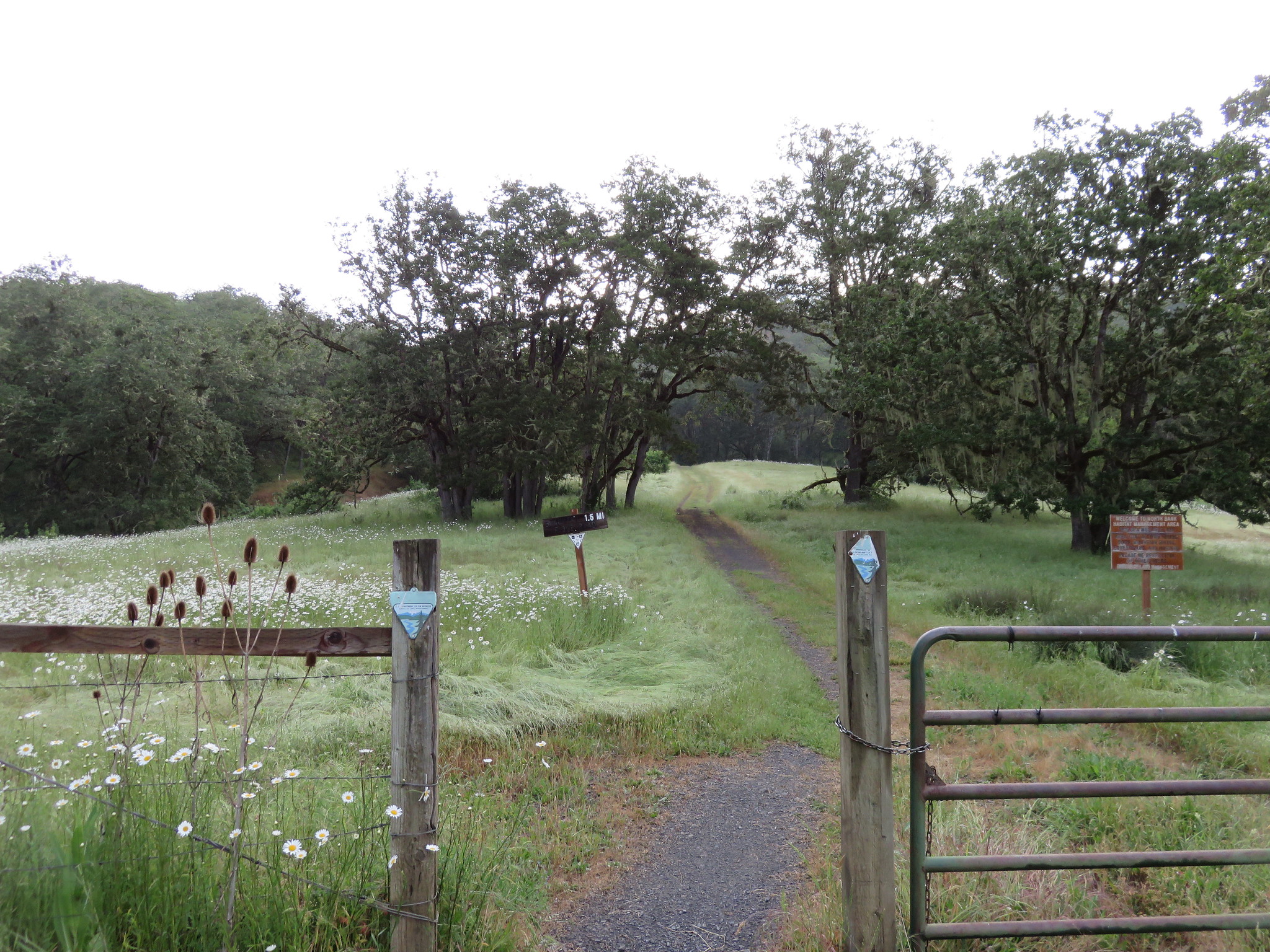 The area which had been a farm/ranch? was very different than any of the places we have visited.  Rolling hills of grass and oak trees along with valleys filled with forest. 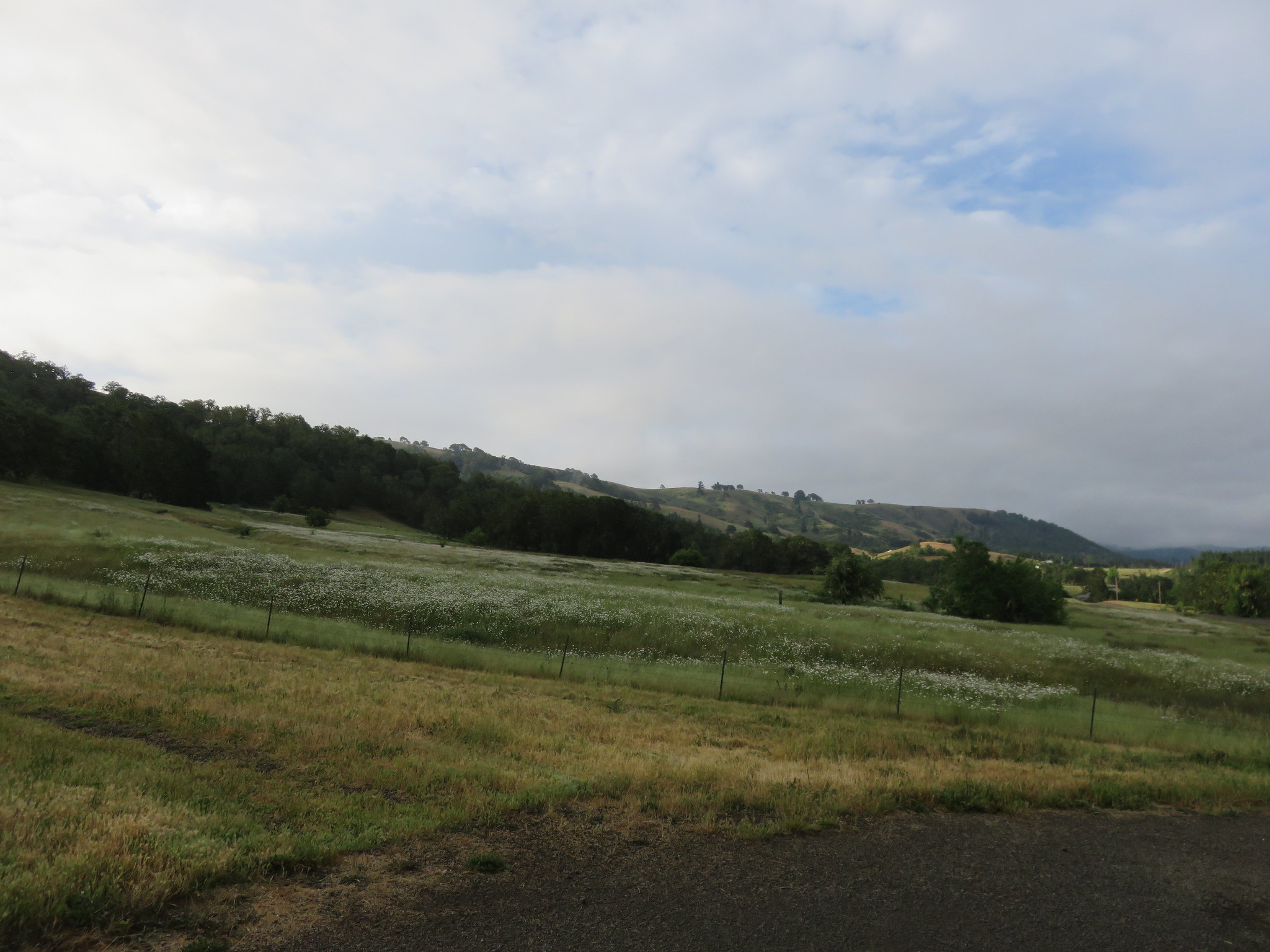 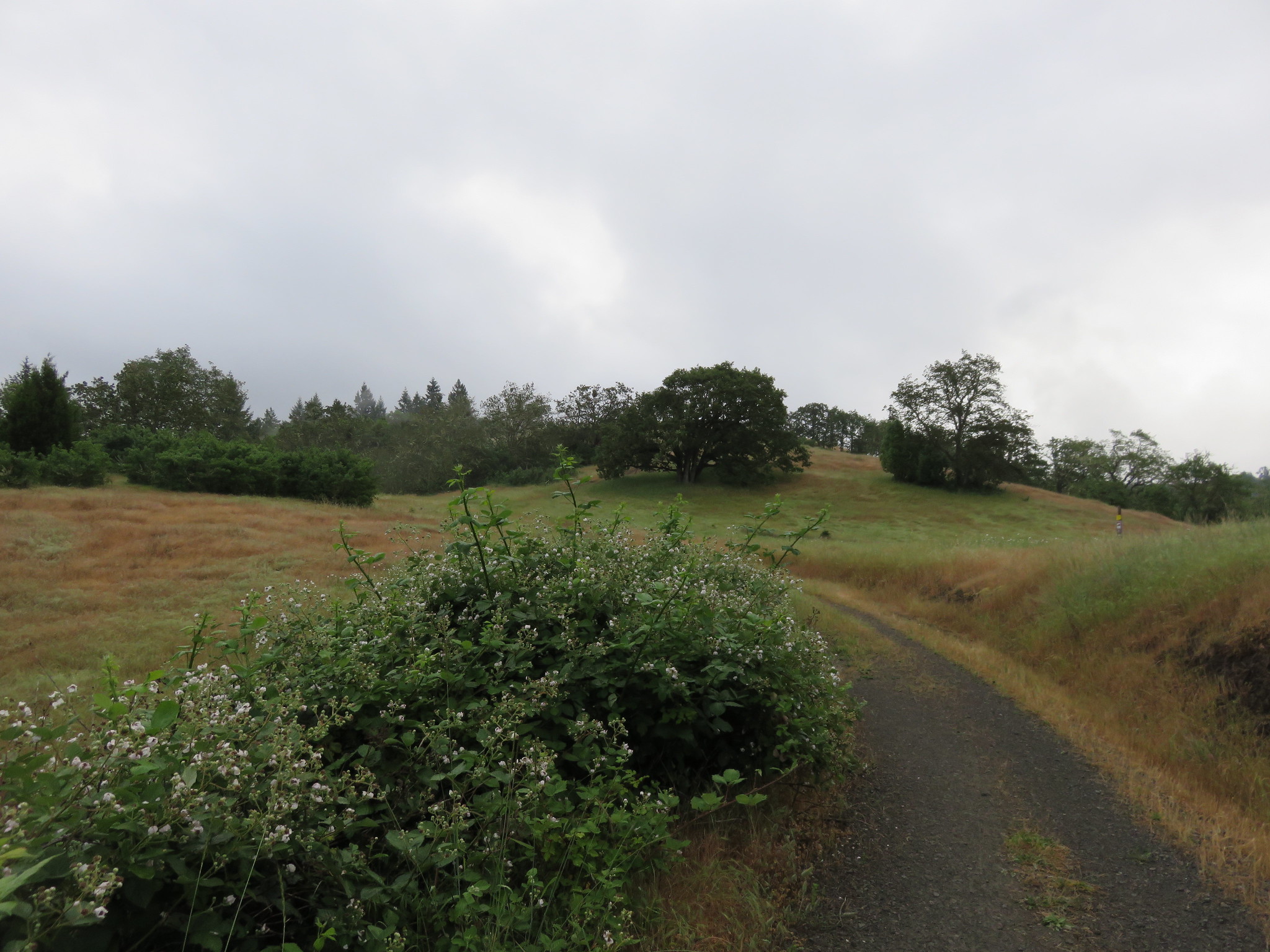 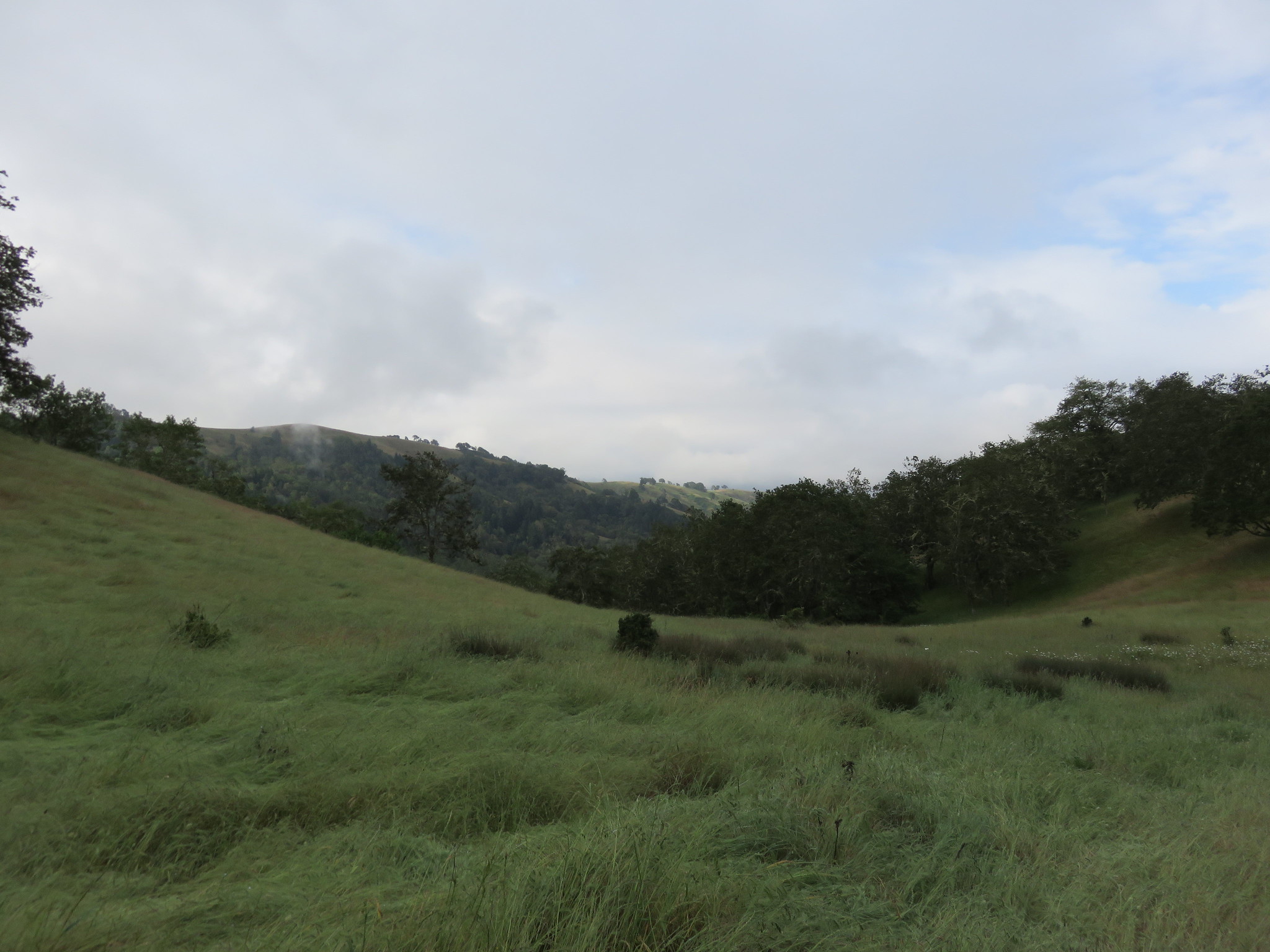 There were also a lot of flowers, many that were unfamiliar to us.  The only issue was having to watch out for the poison oak that seemed to be everywhere along the way. 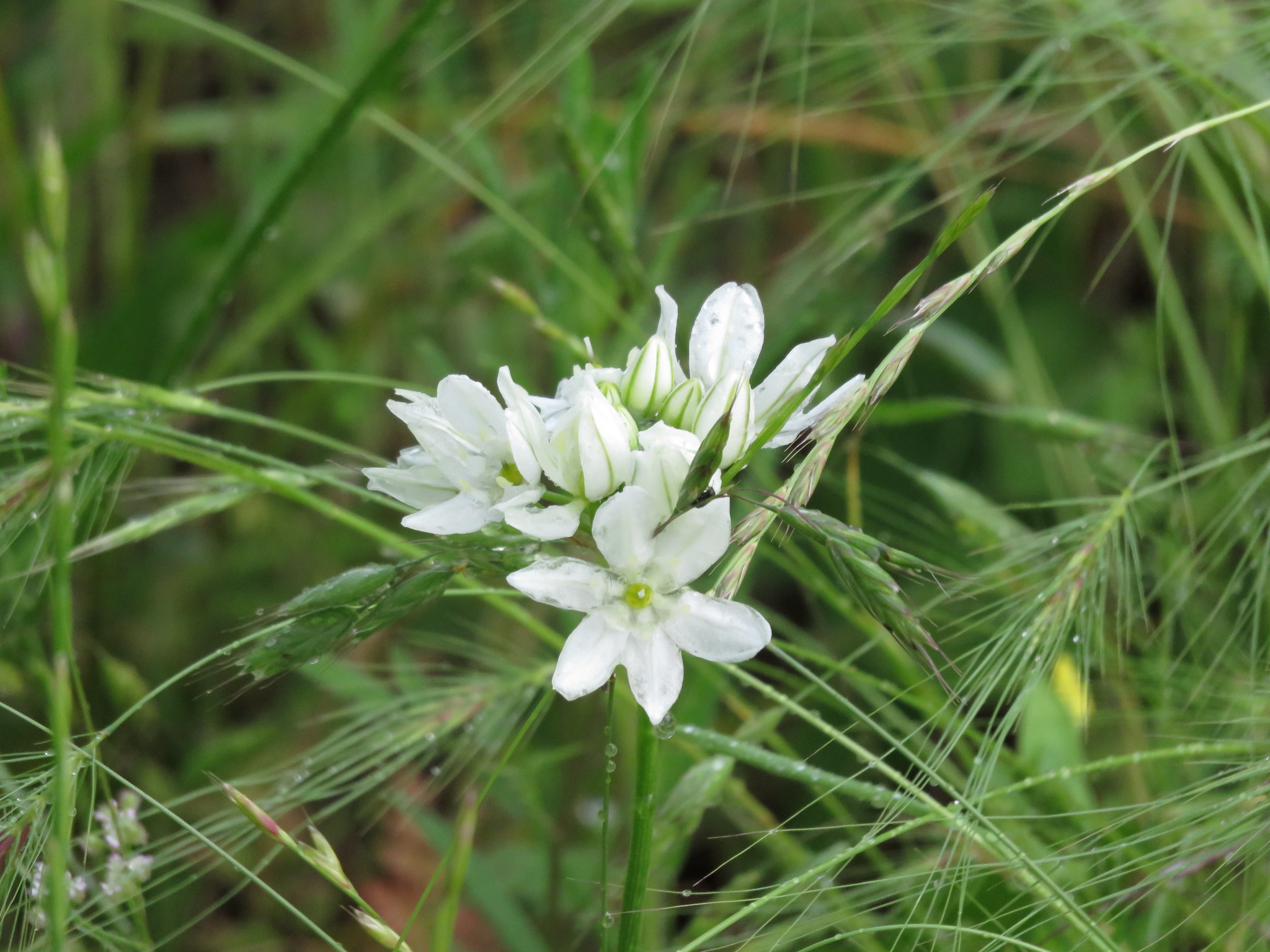 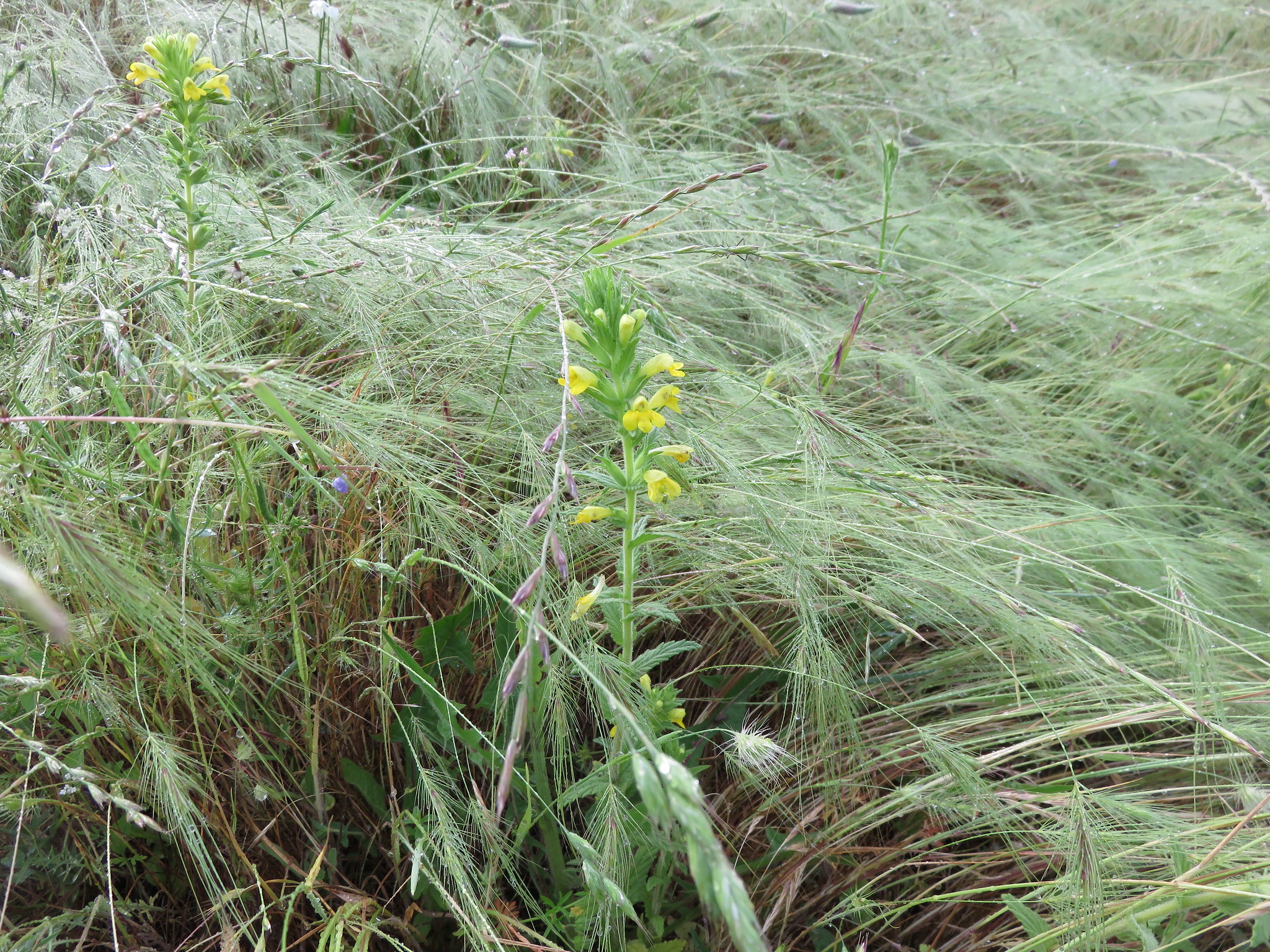 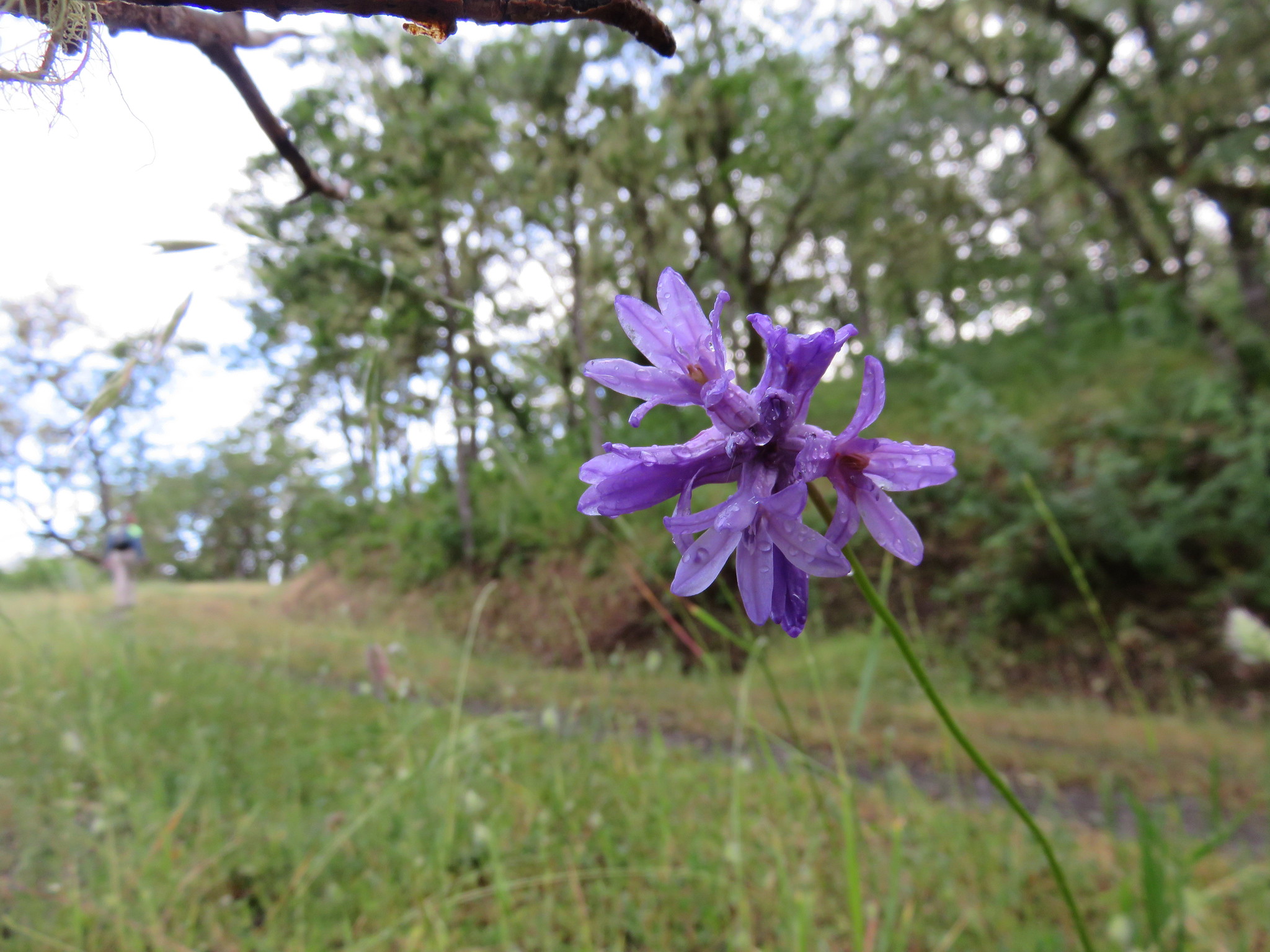 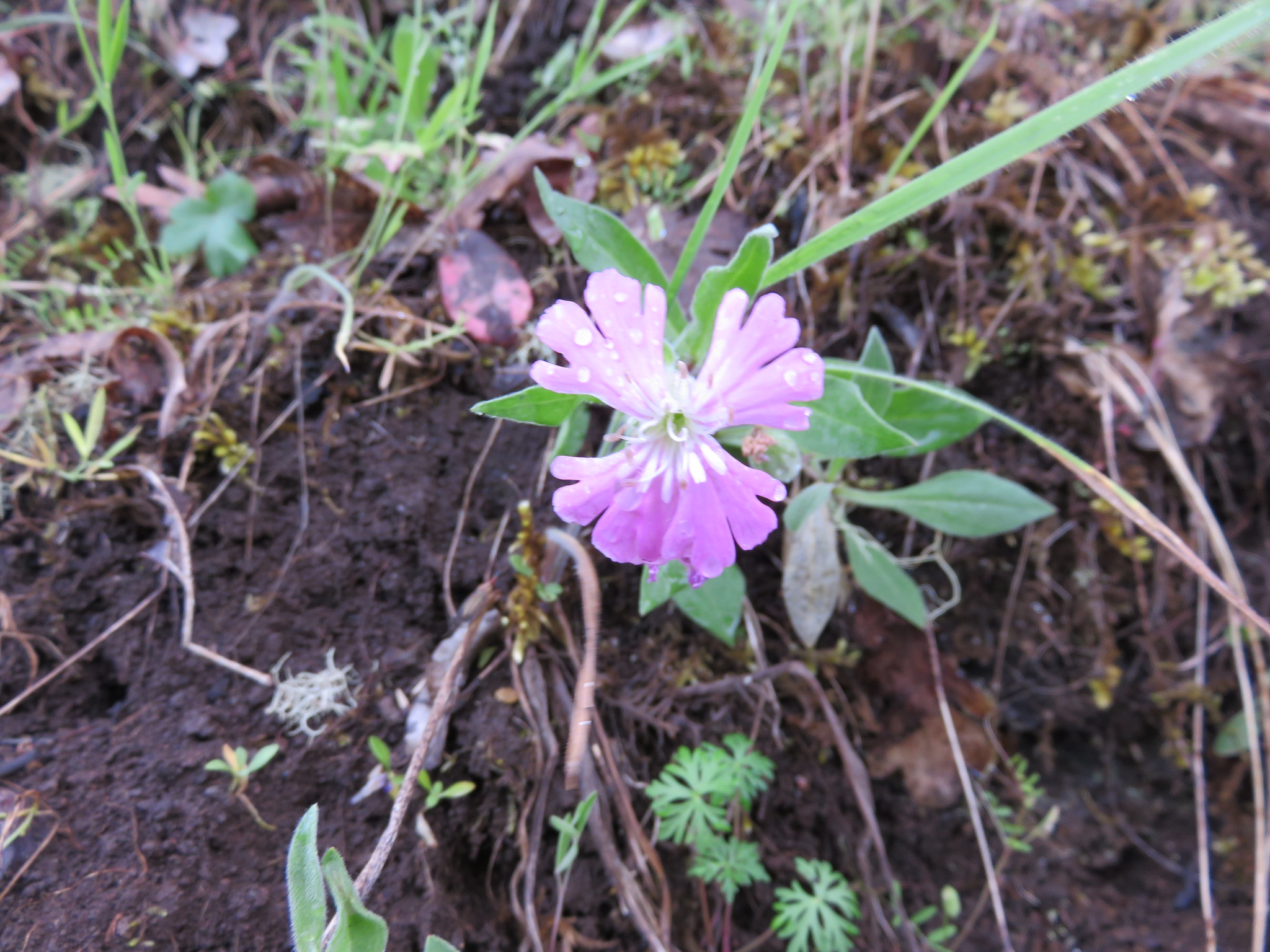 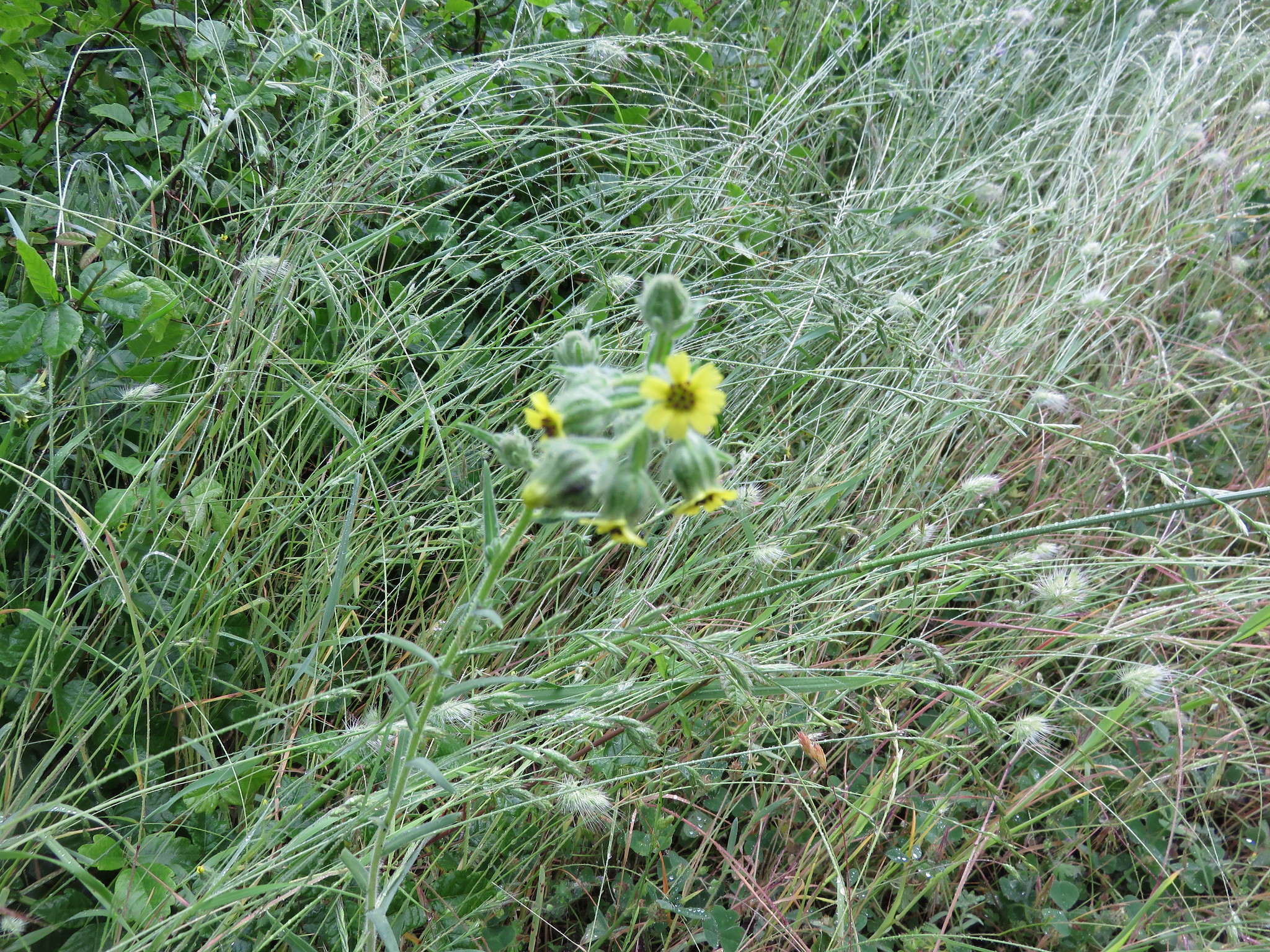 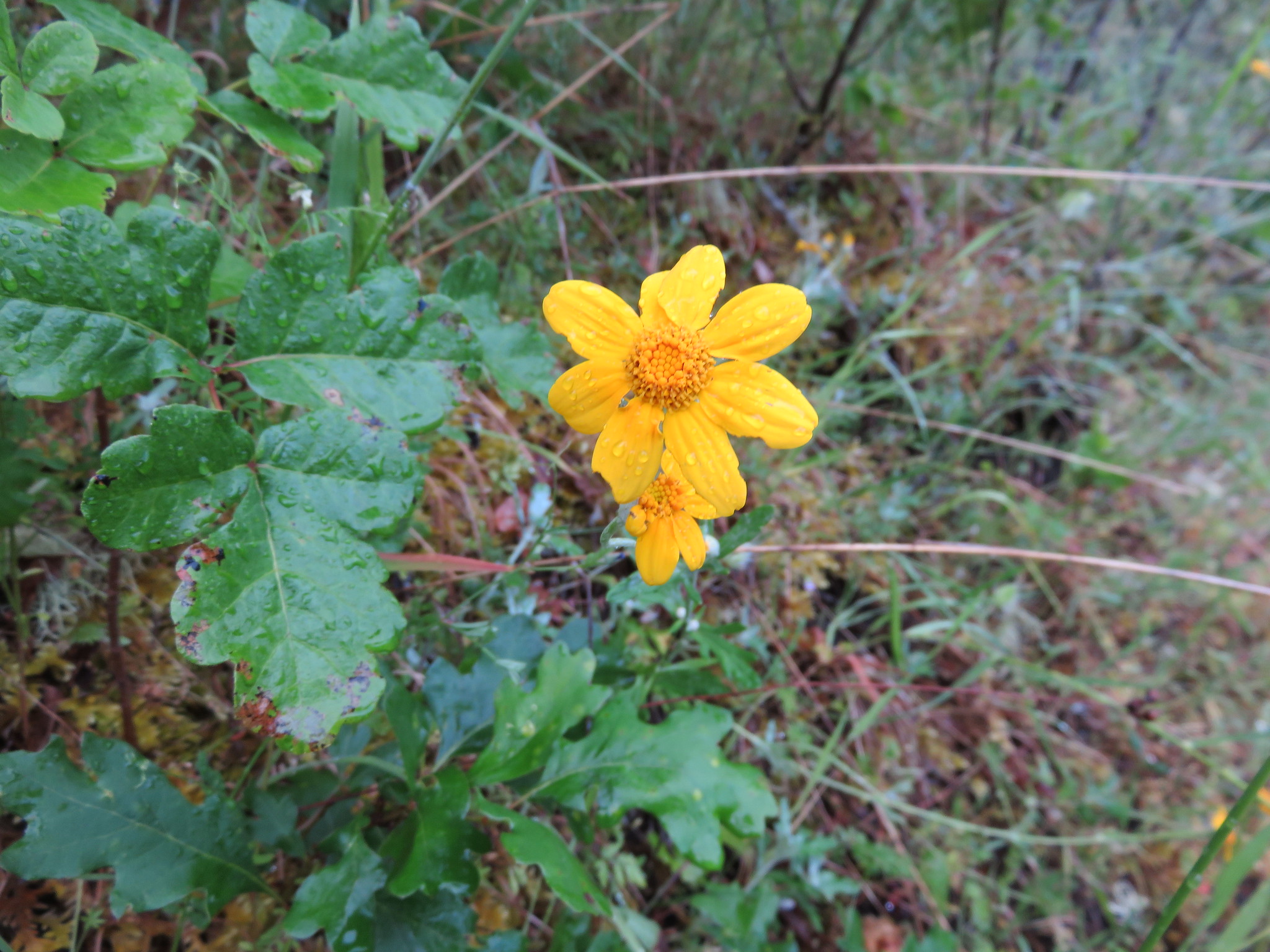 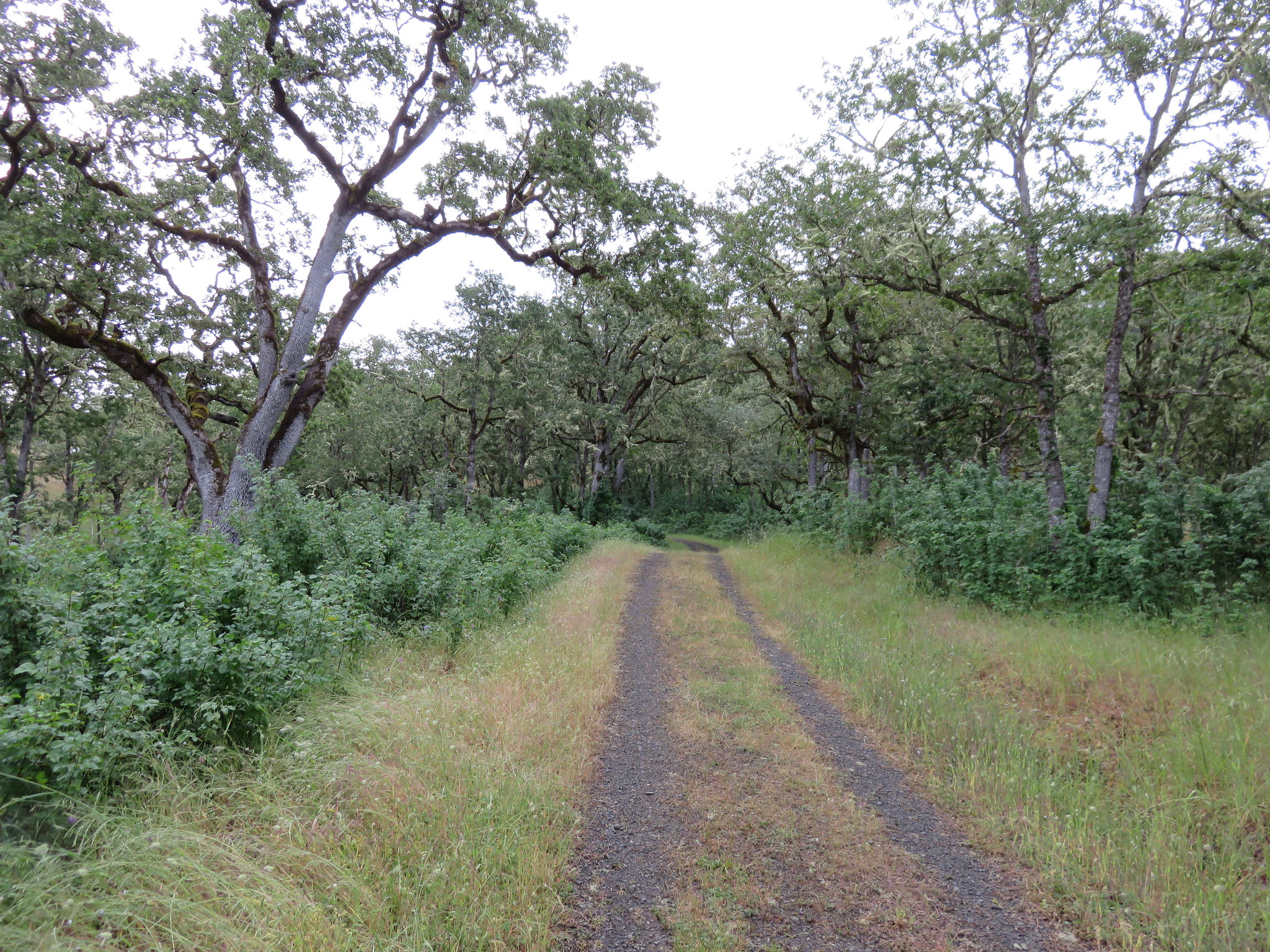 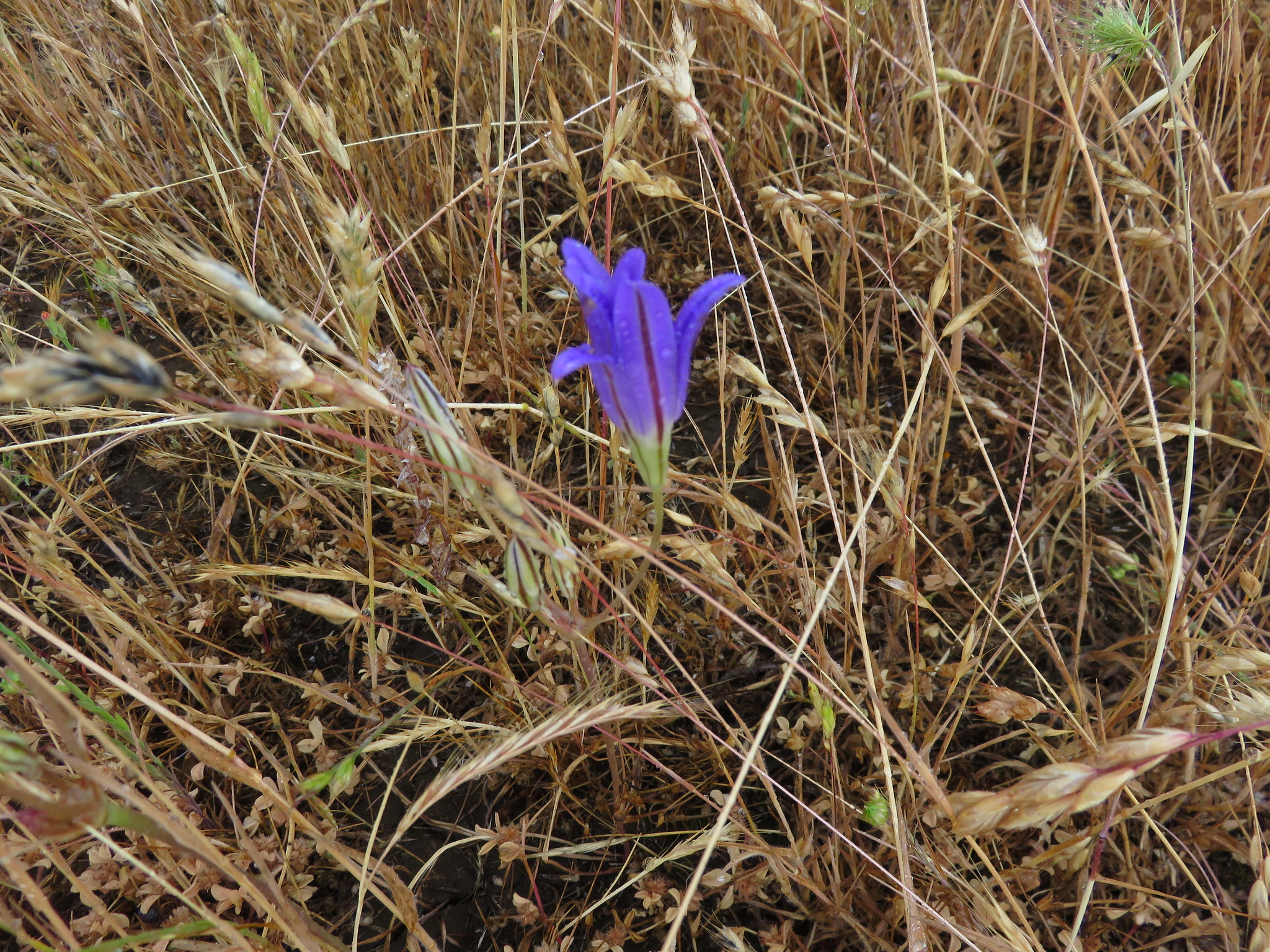 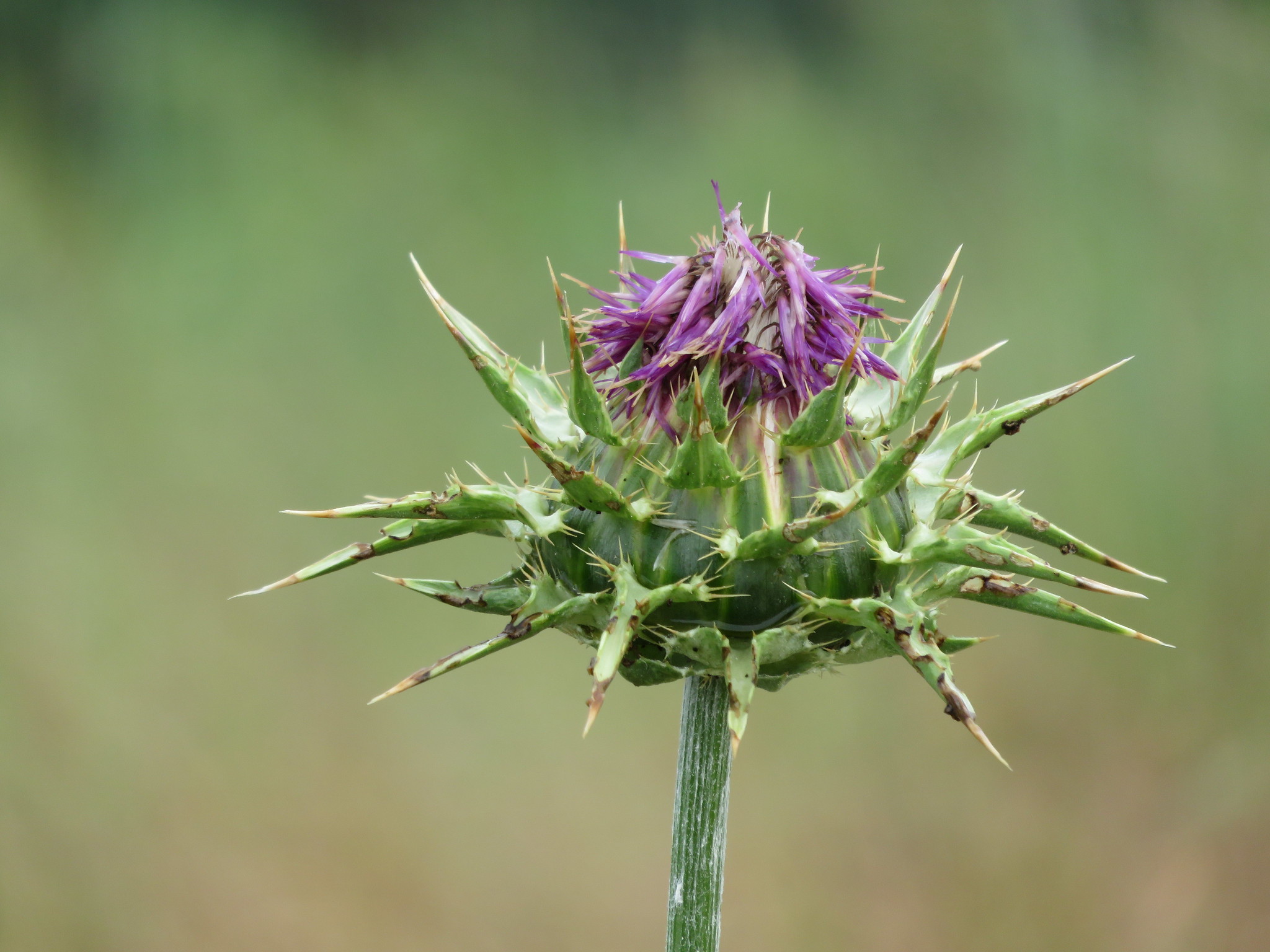 Despite it being a cloudy day there were views all along the ridge.  We kept our eyes open for deer on the surrounding hillsides but weren’t having any luck. The only signs of wildlife so far were some blackbirds at the trailhead and lots of birdsong from the trees. 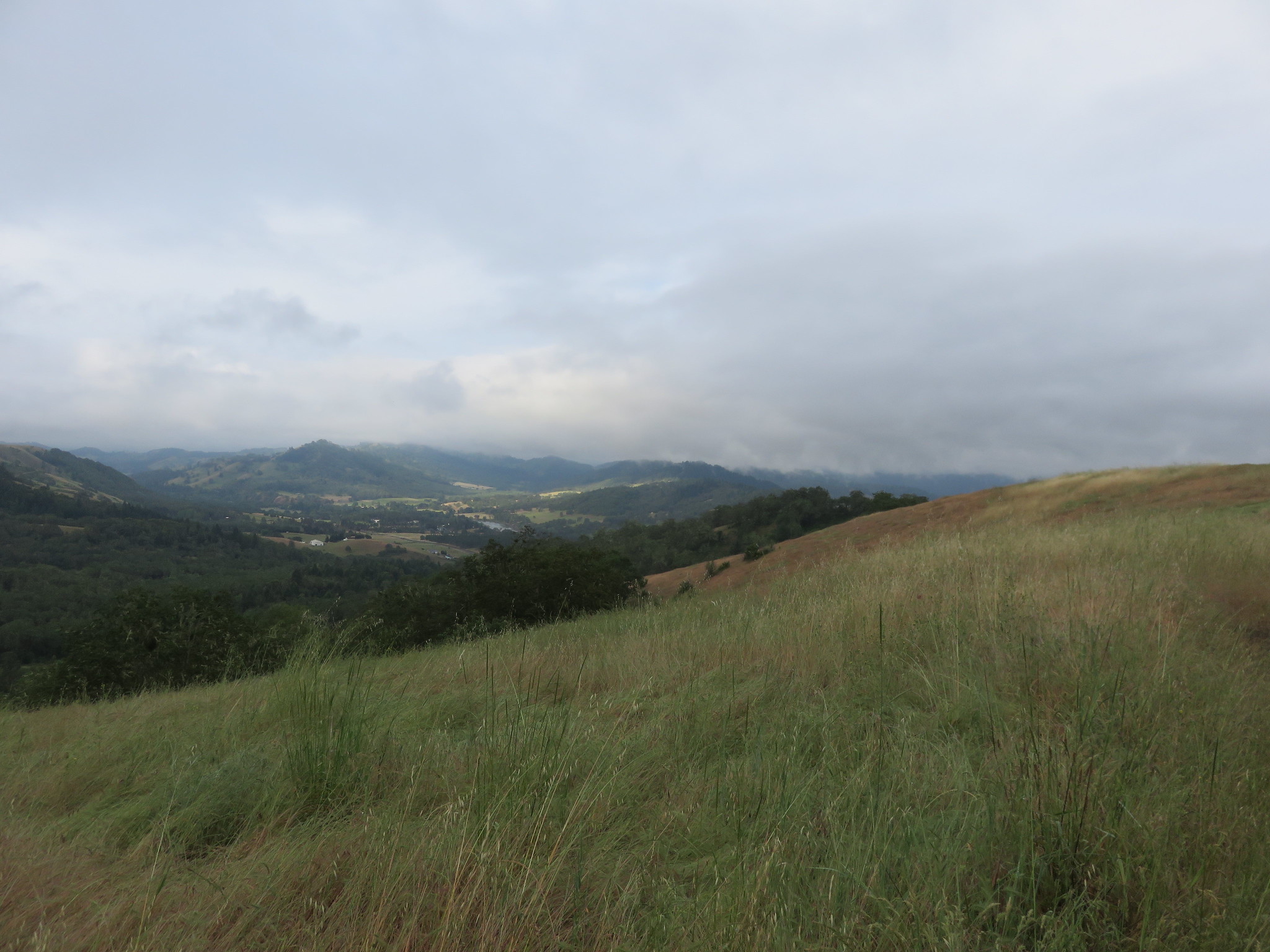 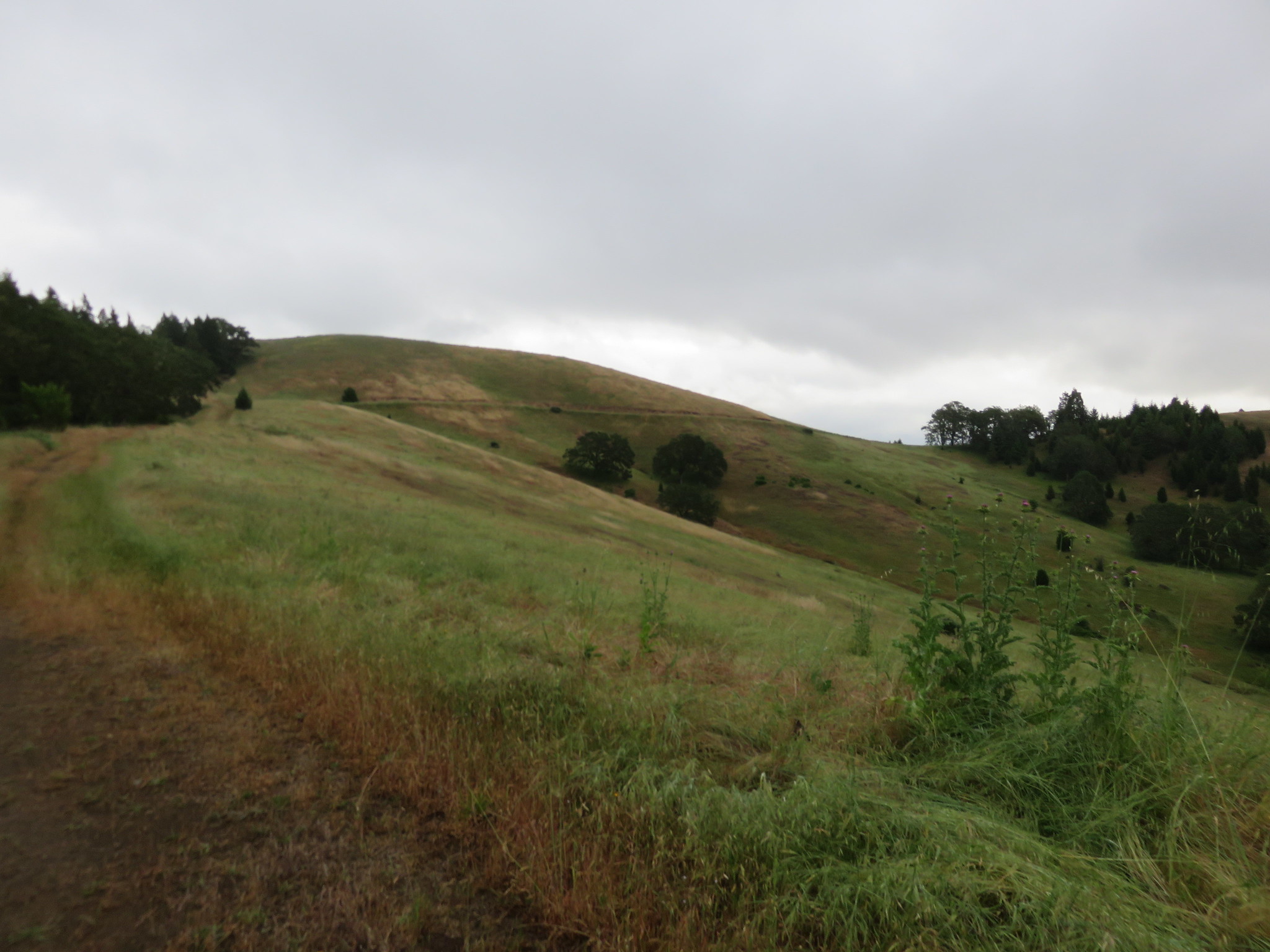 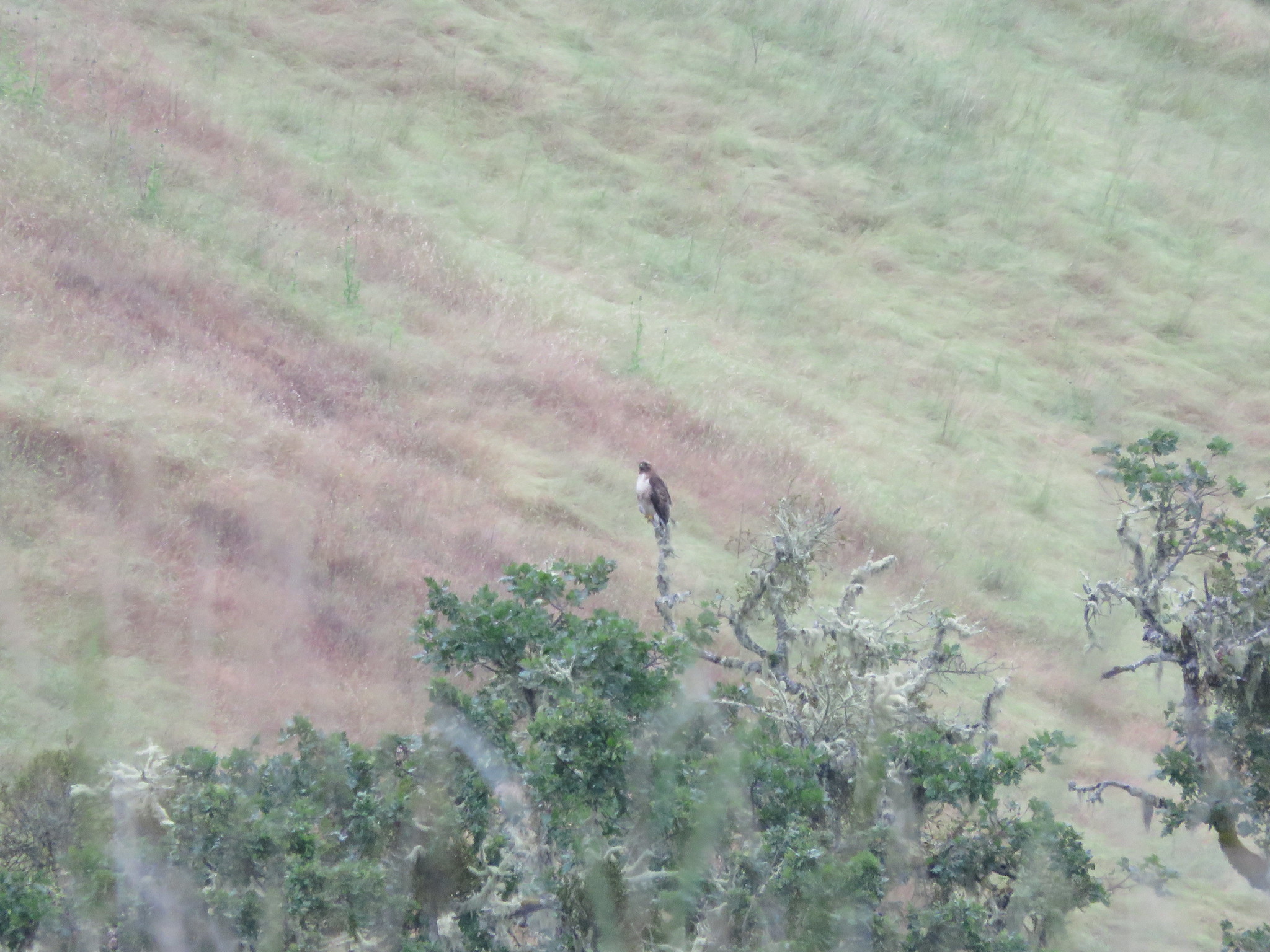 Then a small blue bird 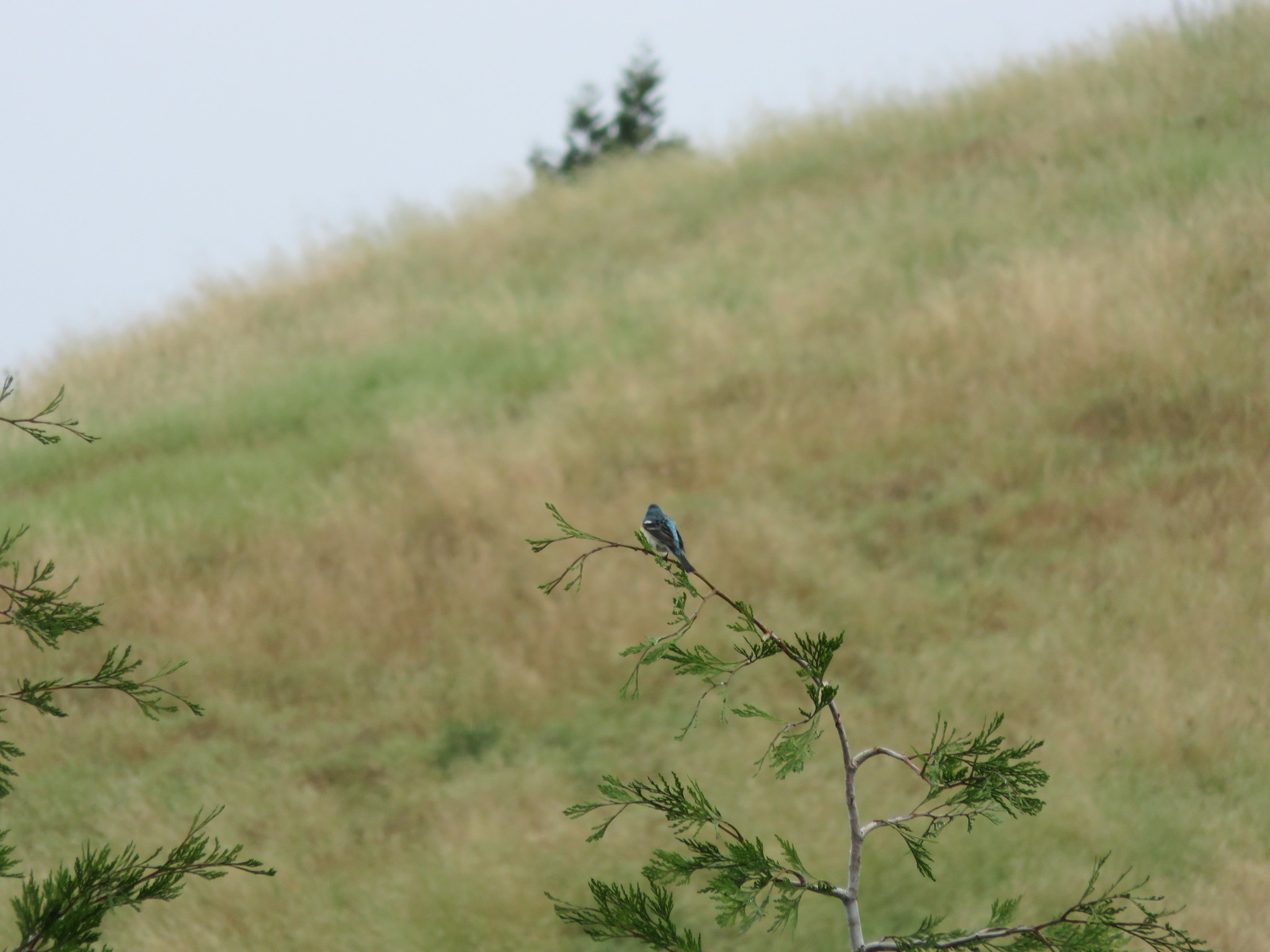 and finally some deer. 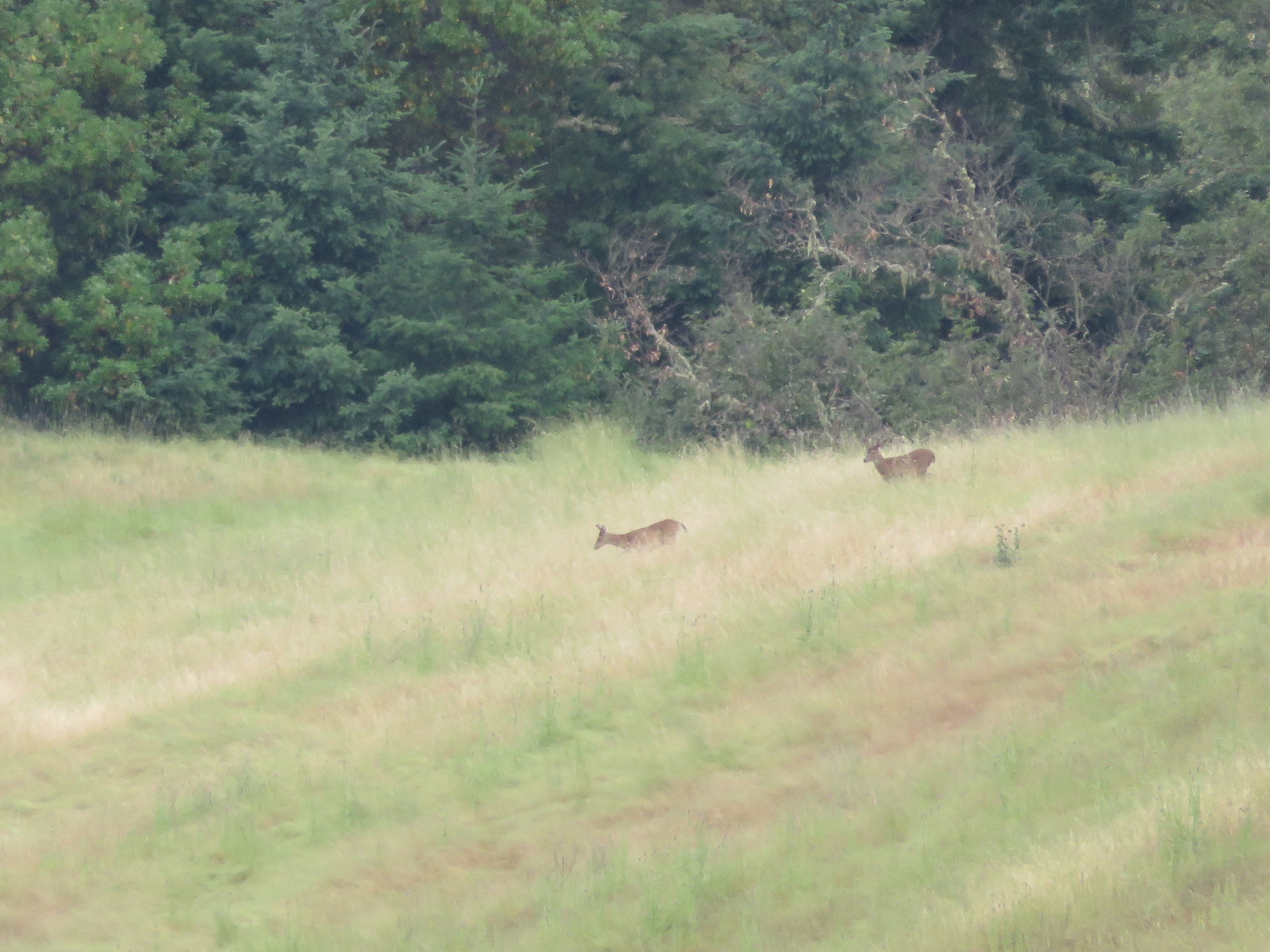 They were a ways off but there appeared to be a pair of black-tailed deer not the Columbian white-tailed but they were deer none the less. We continued to spot new flowers as well including several Henderson’s stars which were really unique. 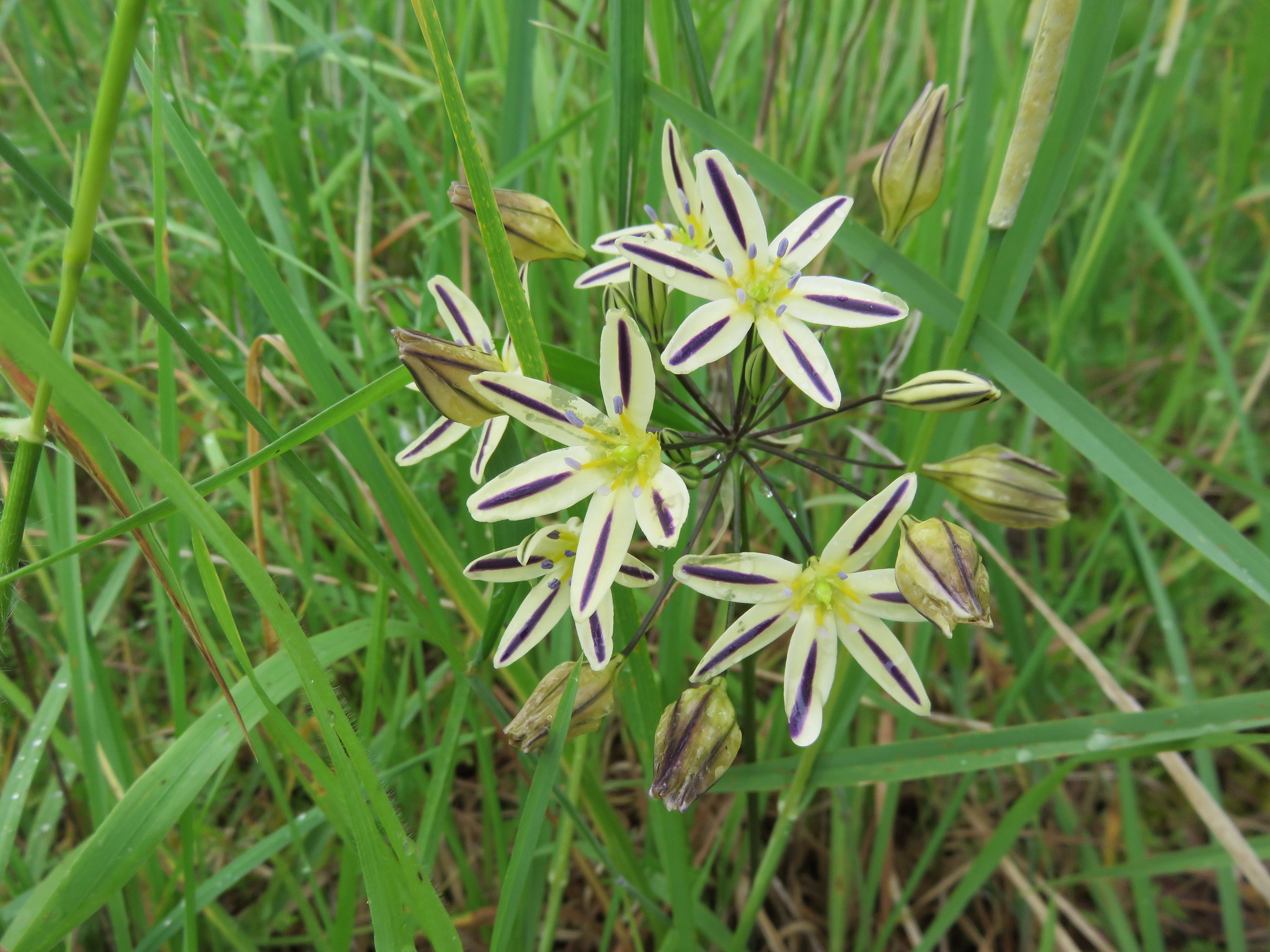 Eventually we reached a junction with the Chasm Creek Road Trail. Here we turned left and headed steeply down the old muddy road. 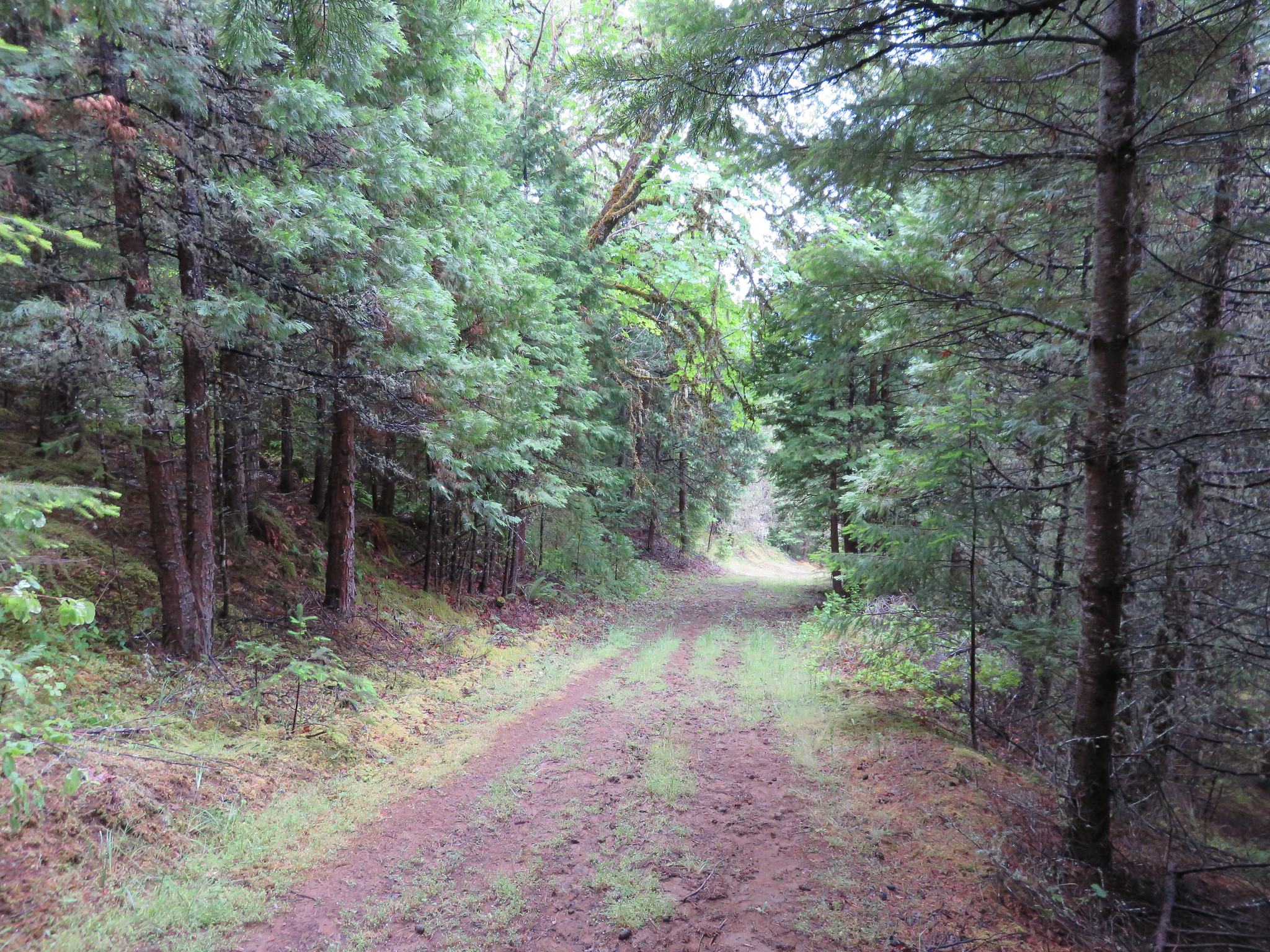 The trail eventually leveled off and we strolled through mores open grassland to the border of the Jackson Ranch where we turned left on  the Jackson Ranch access road.  This area was filled with birds including this beautiful western bluebird. 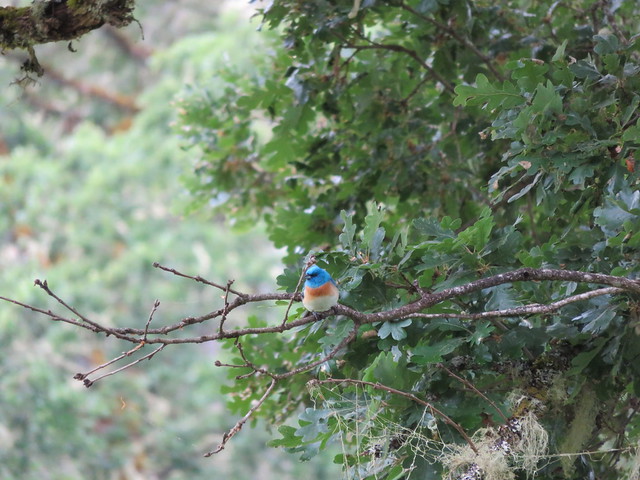 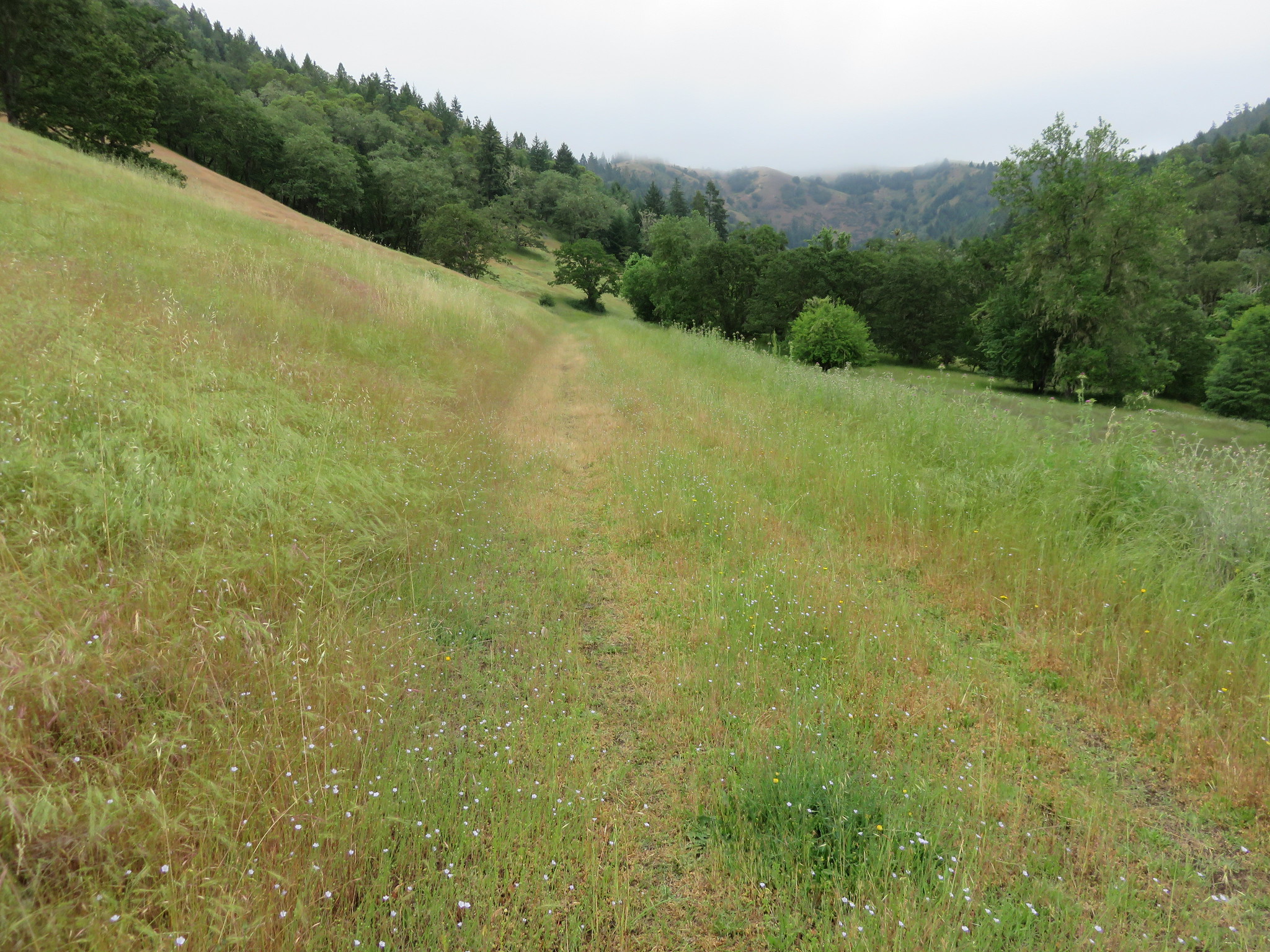 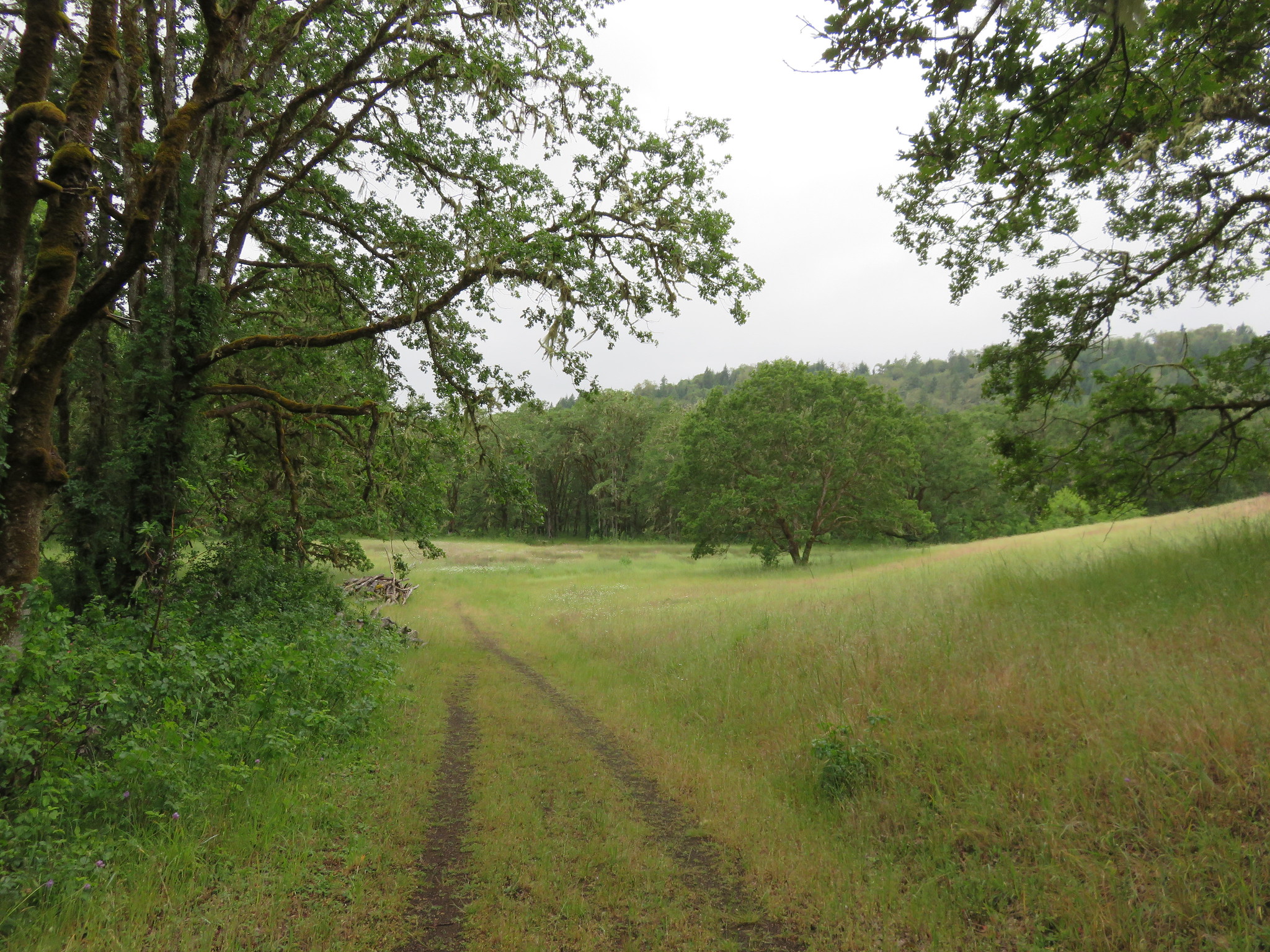 Just before reaching North Bank Road at the gated Jackson Ranch access road we turned left again along a short path lined with daisies and purple self-heal to return to the West Access Parking area. 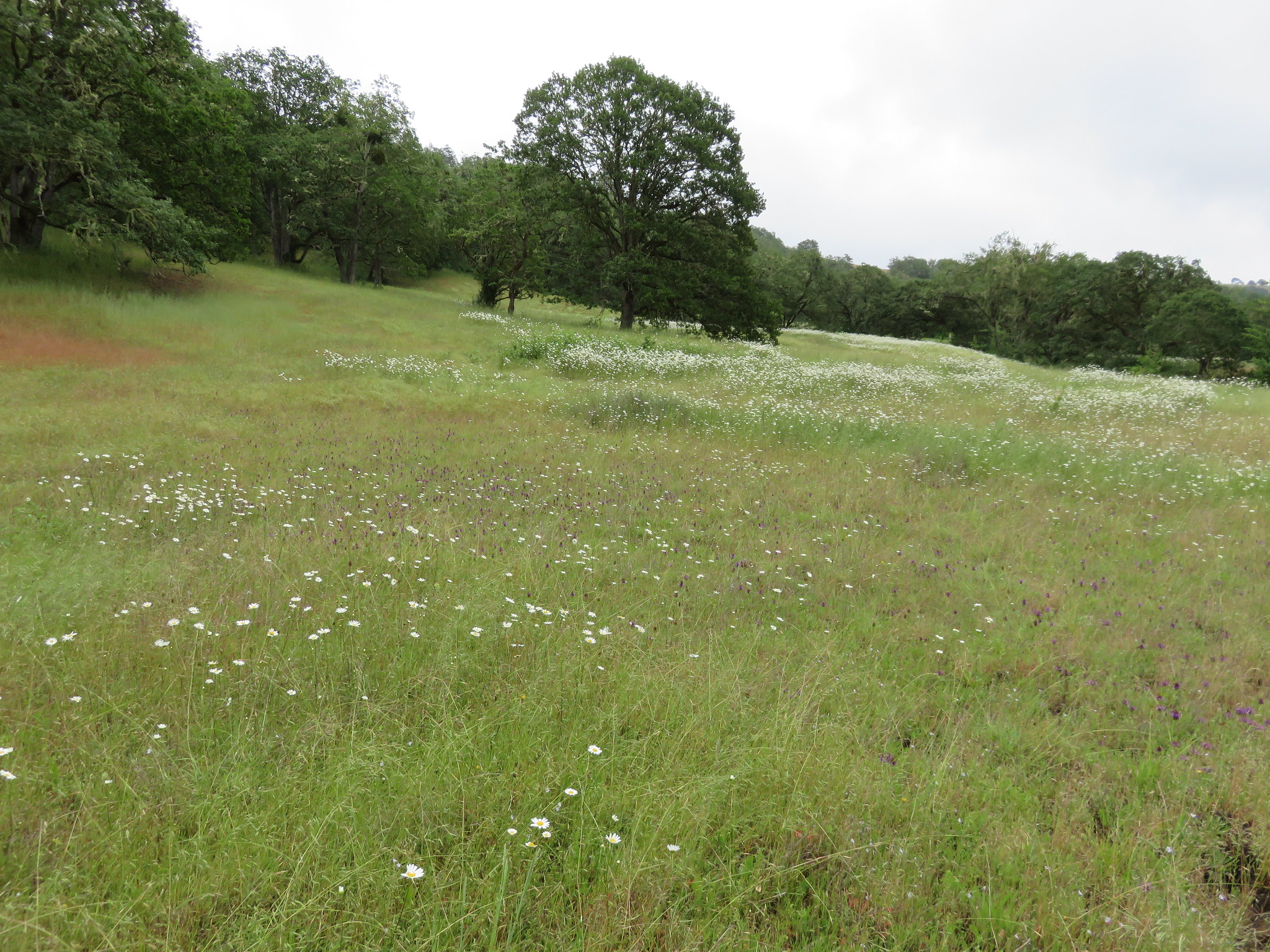 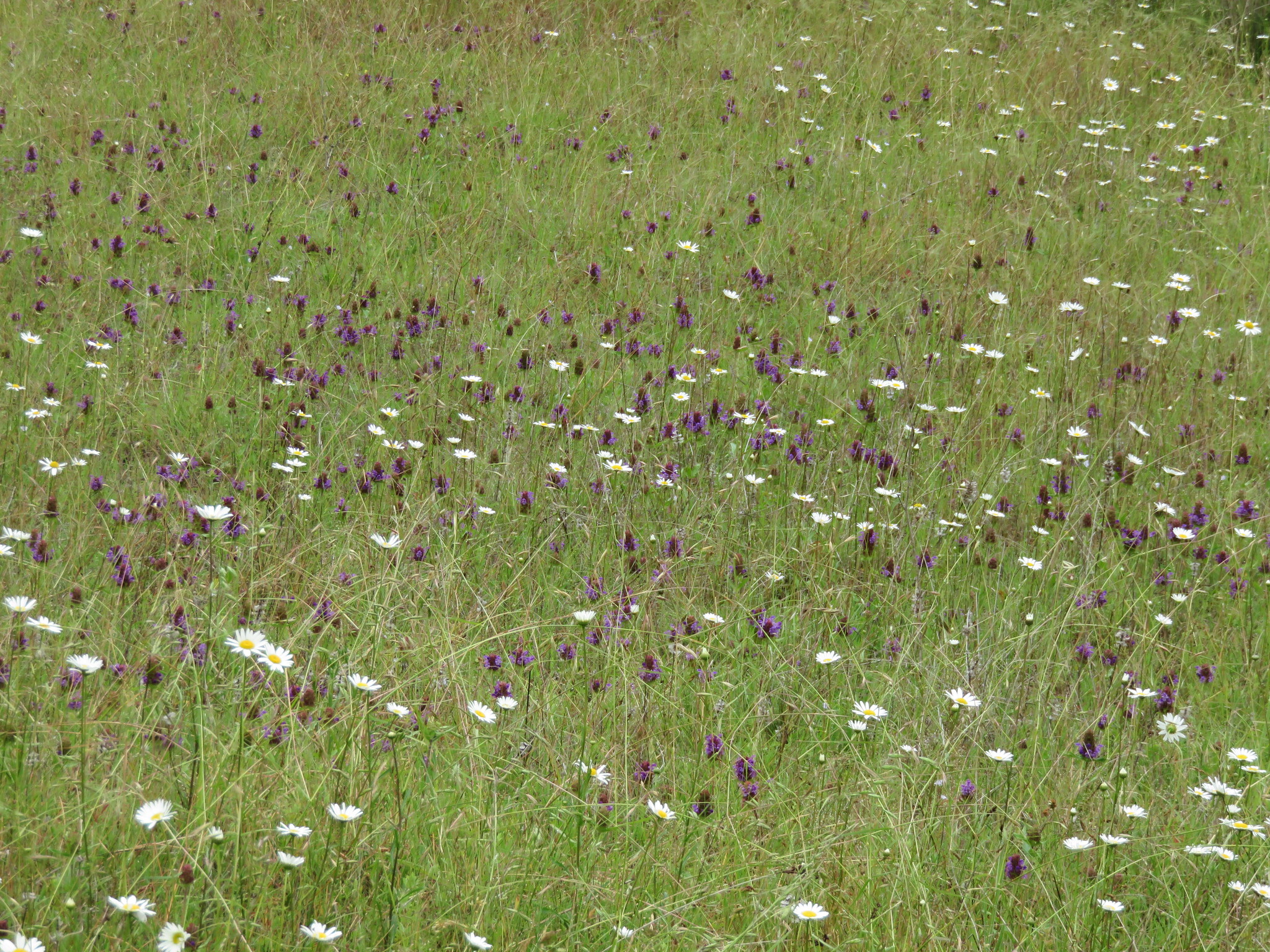 Granted it was a Monday morning but we didn’t see another person during the 6.2 mile loop.  It was a perfect way to kick off a week of vacation. Happy Trails!