We had tickets for a play (Pericles) at the Oregon Shakespeare Festival on the second day of our Ashland vacation. Lithia Park is located next to the theaters and makes for a great opportunity for an urban hike. We parked at Lithia Park prior to the play and completed a nearly 3 mile loop. 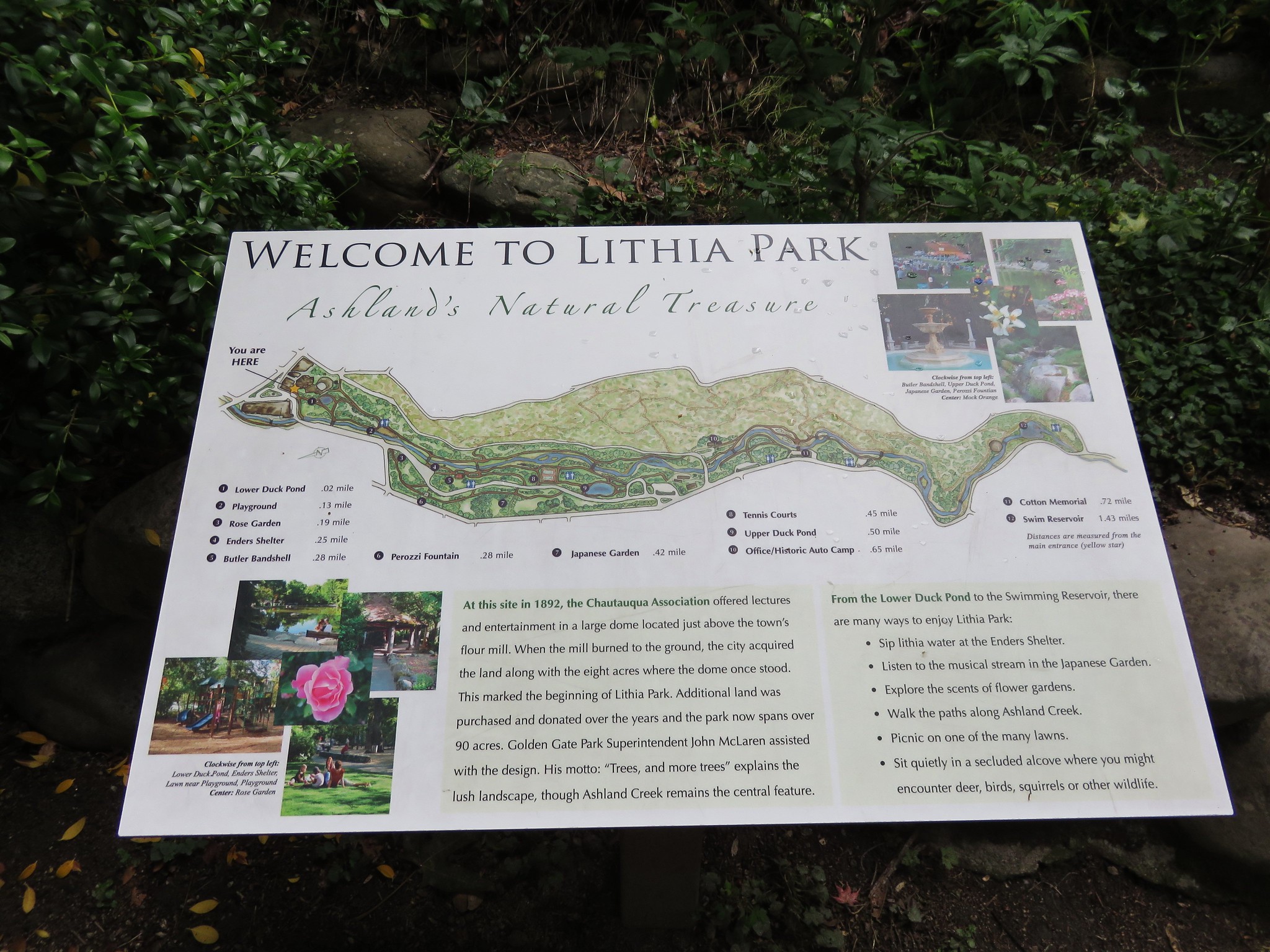 Ashland Creek flows through the center of the park giving the trails a woodsy feel despite being right near downtown Ashland. 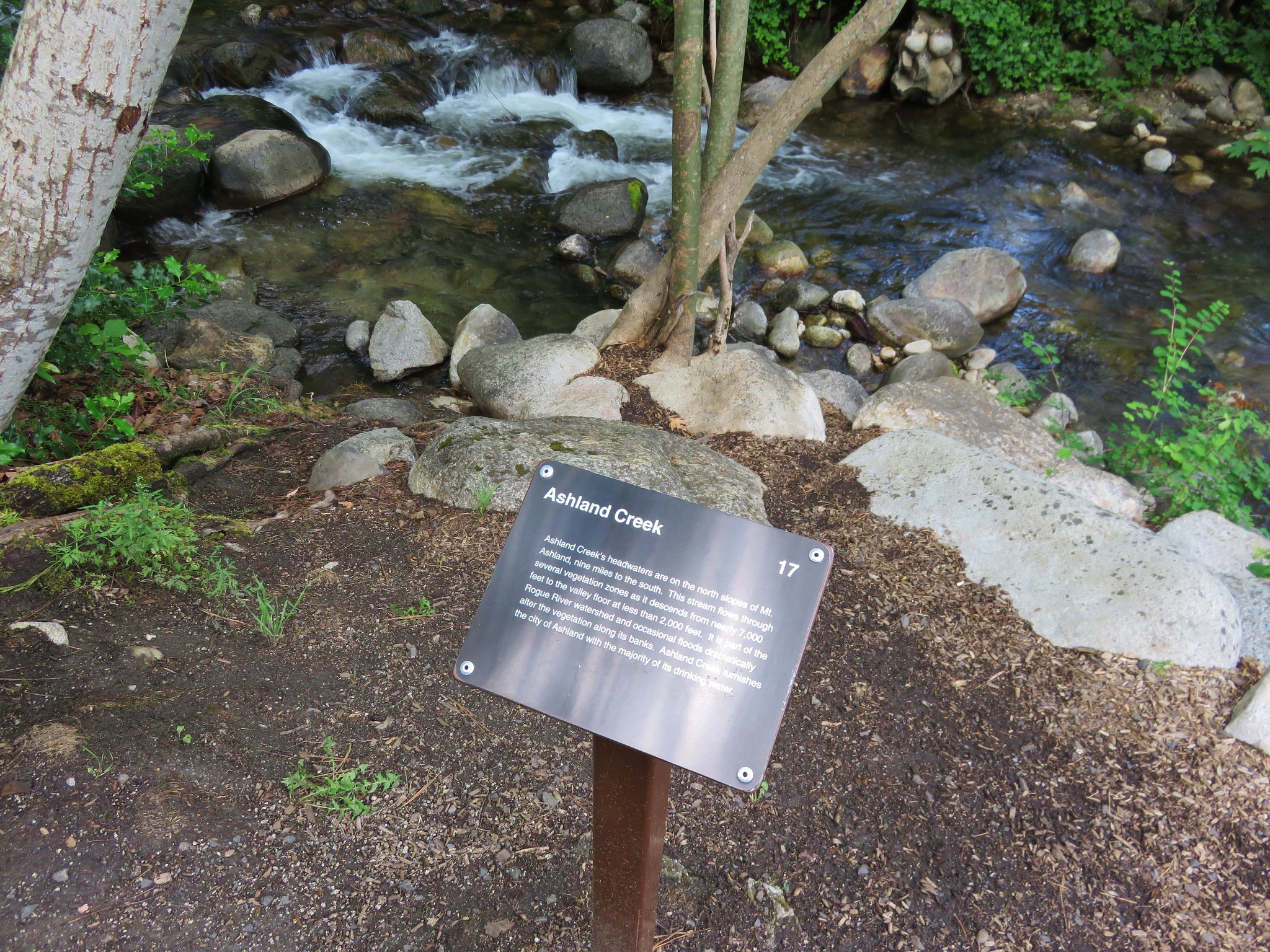 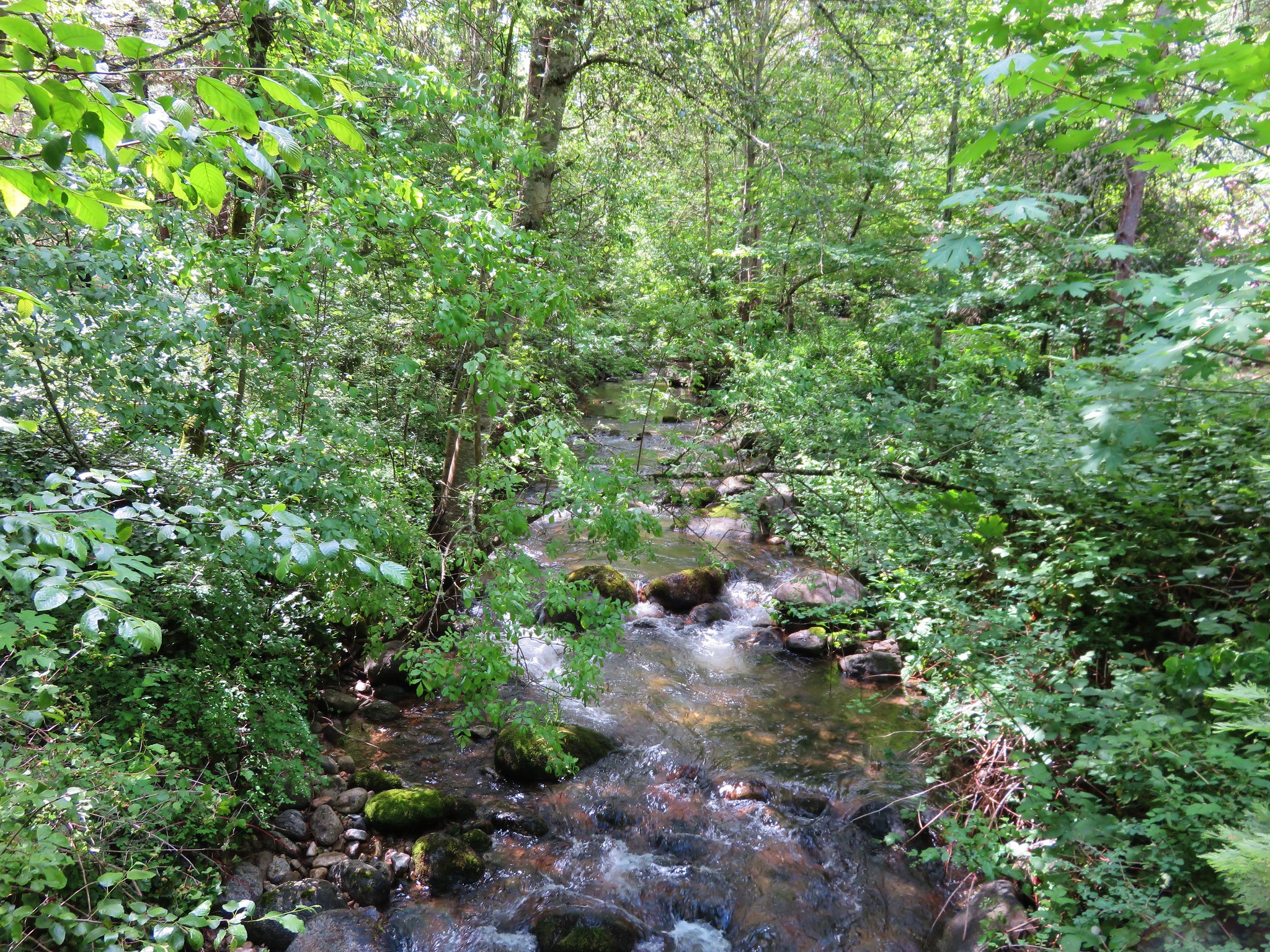 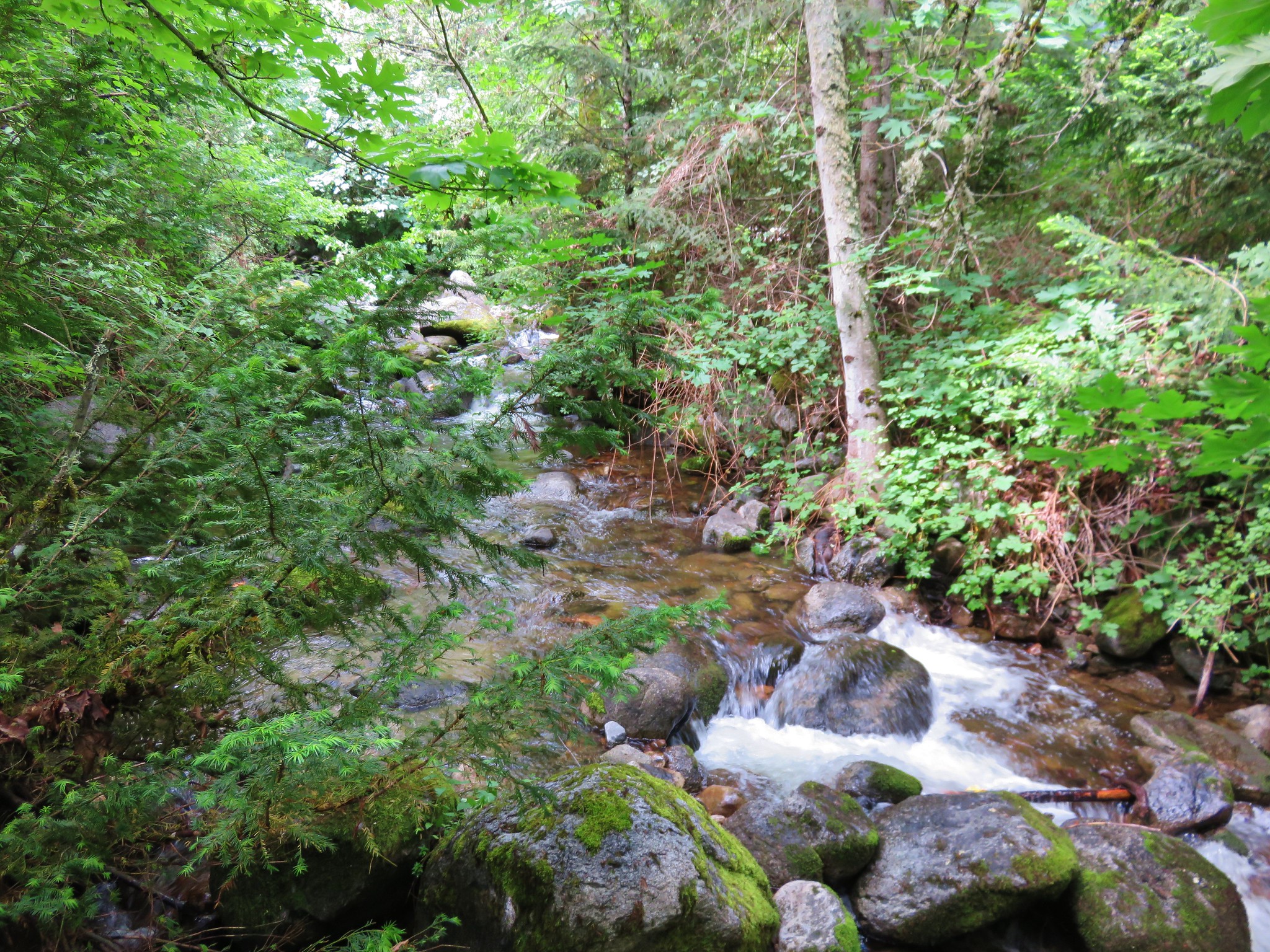 We spotted many ducks and other birds along the route. 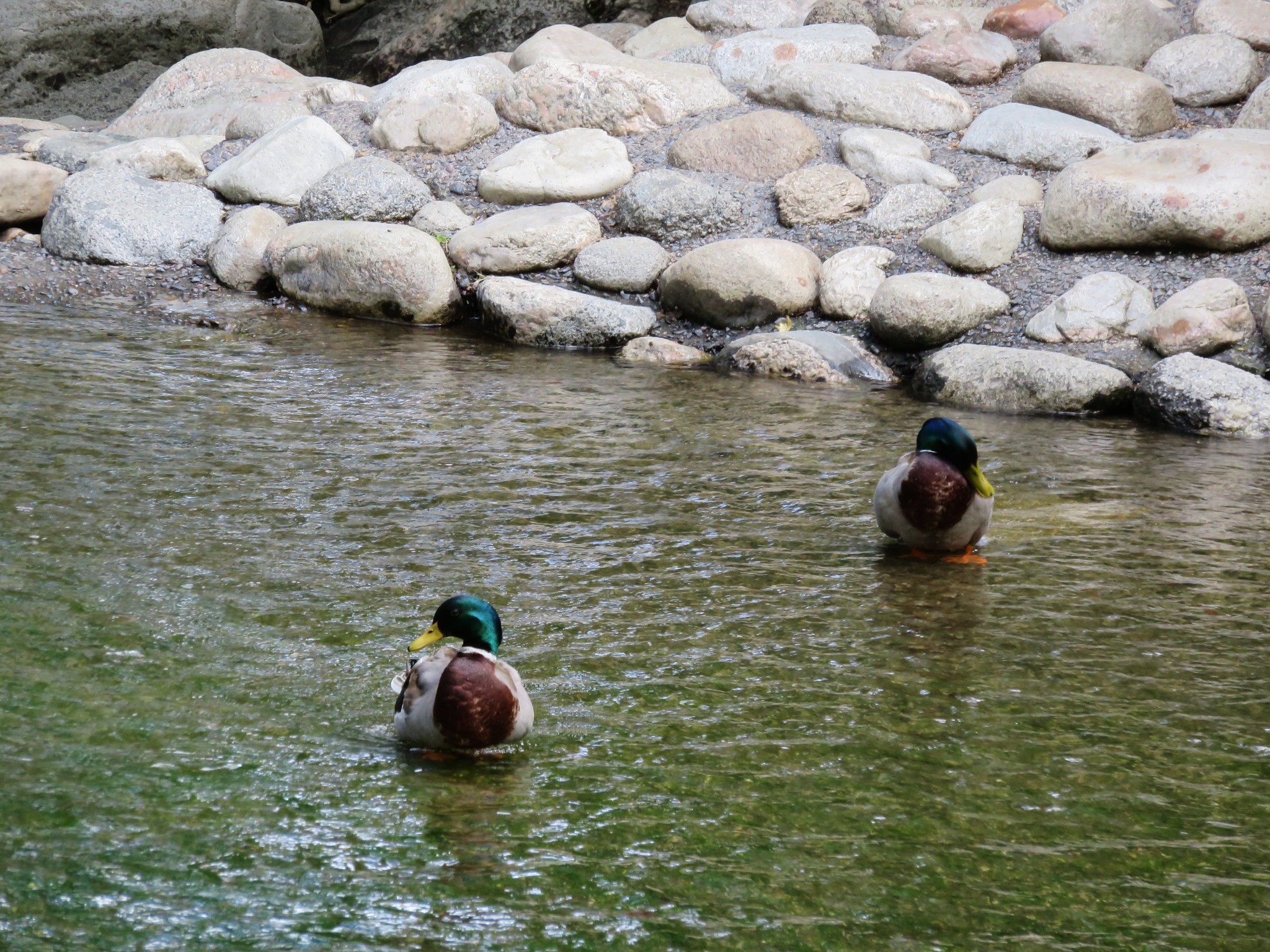 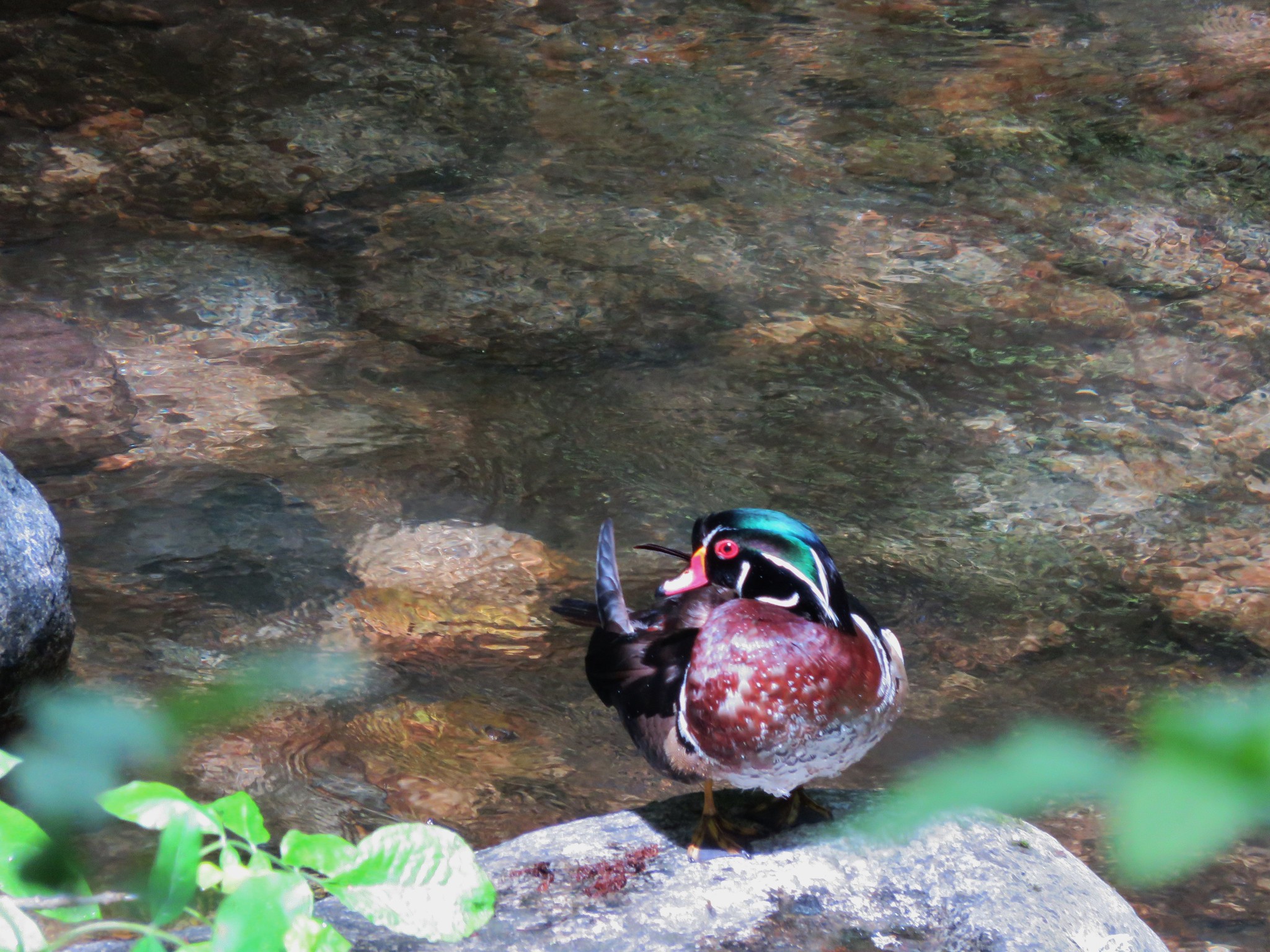 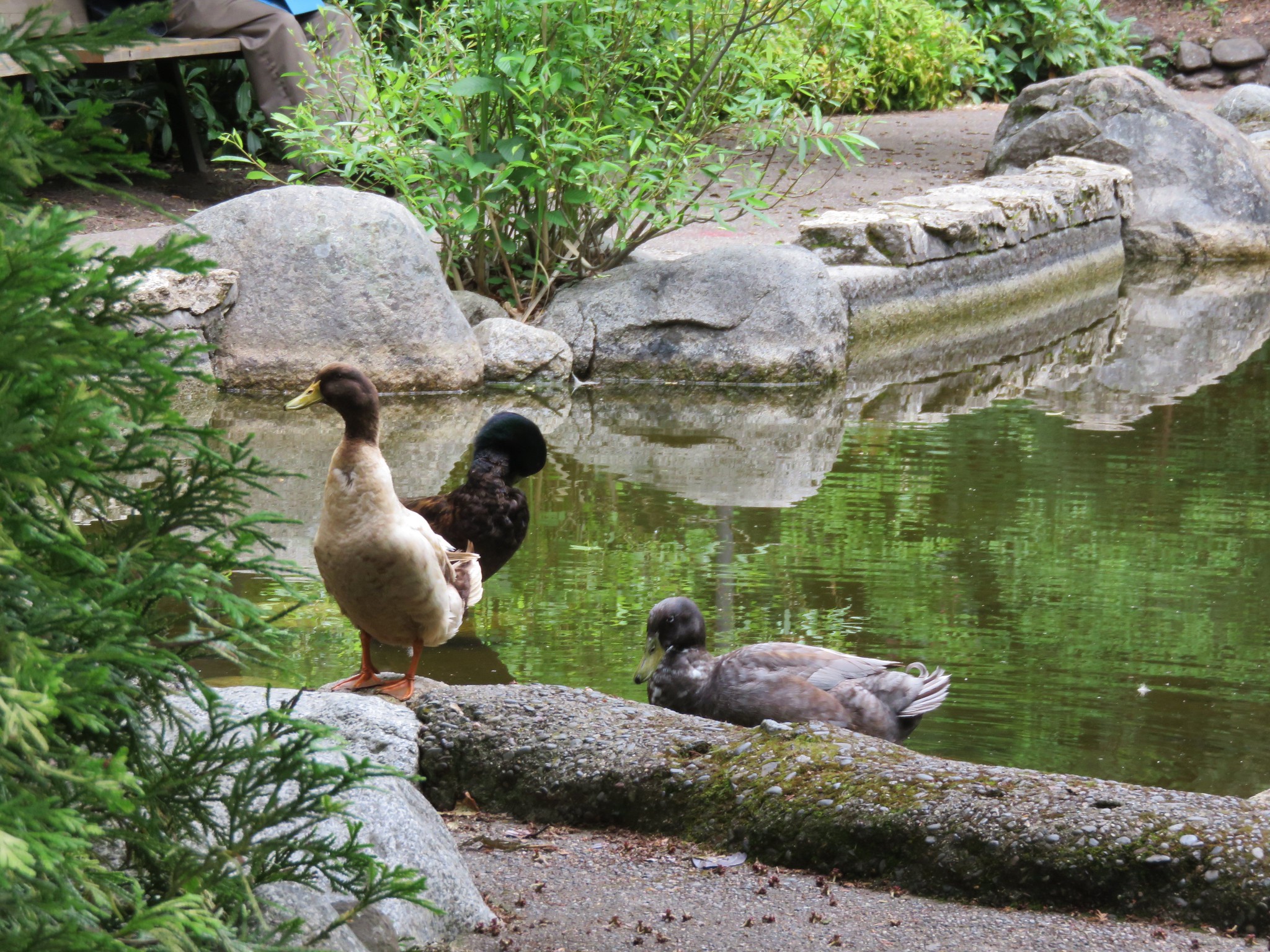 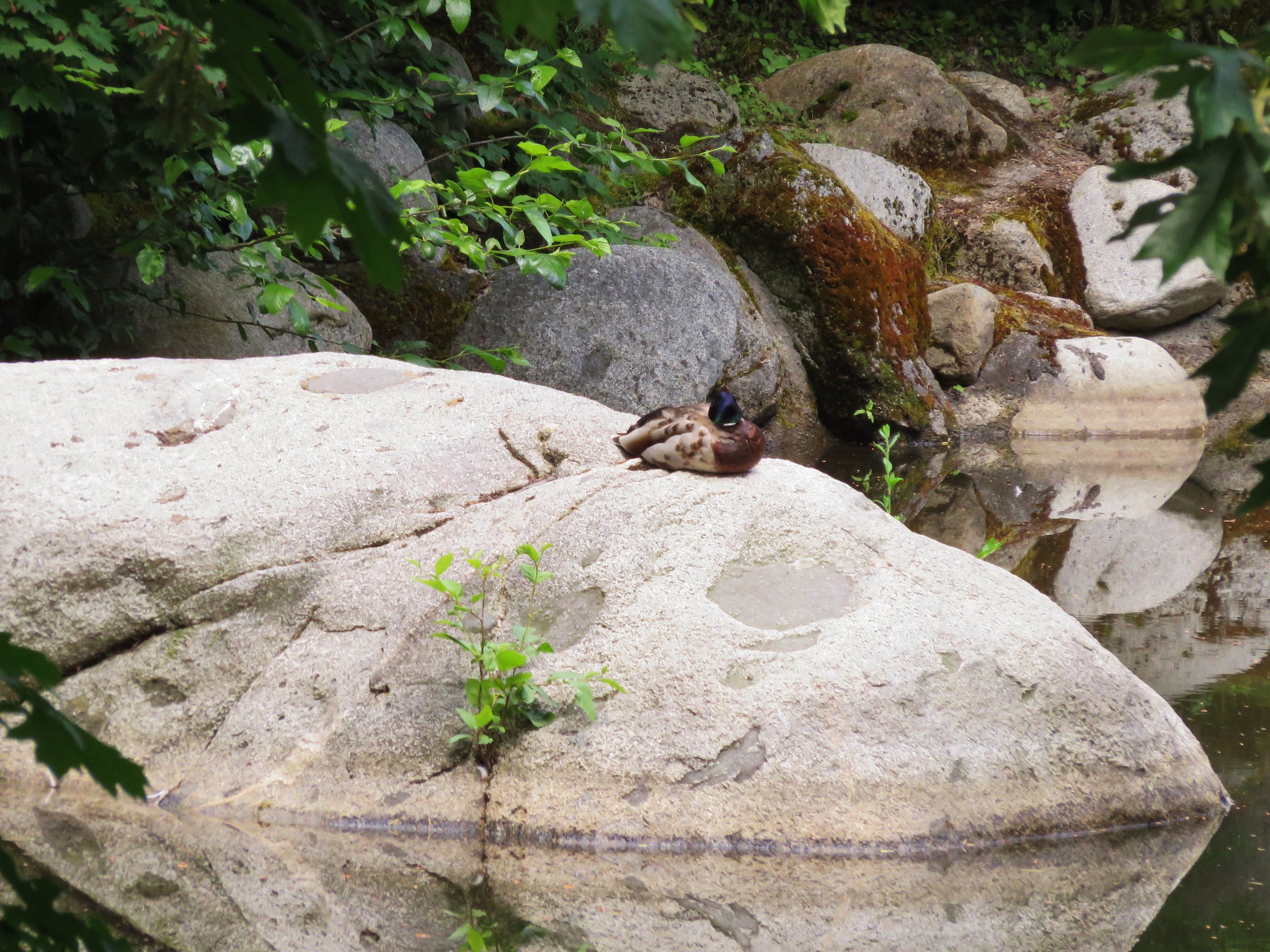 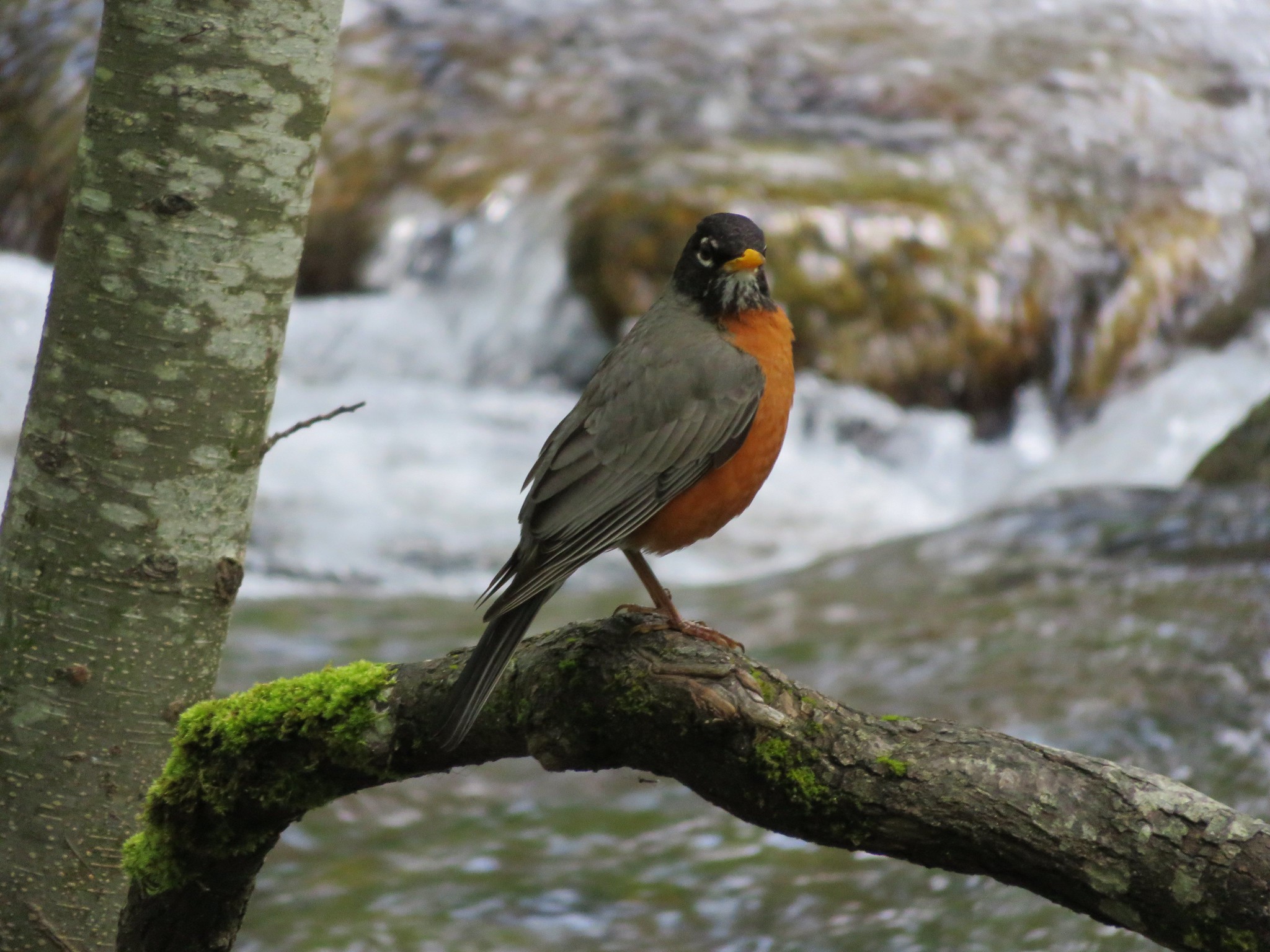 Flowers also fill the park. We spotted several varieties of wildflowers in addition to the numerous Rhododendron bushes dotting the paths. 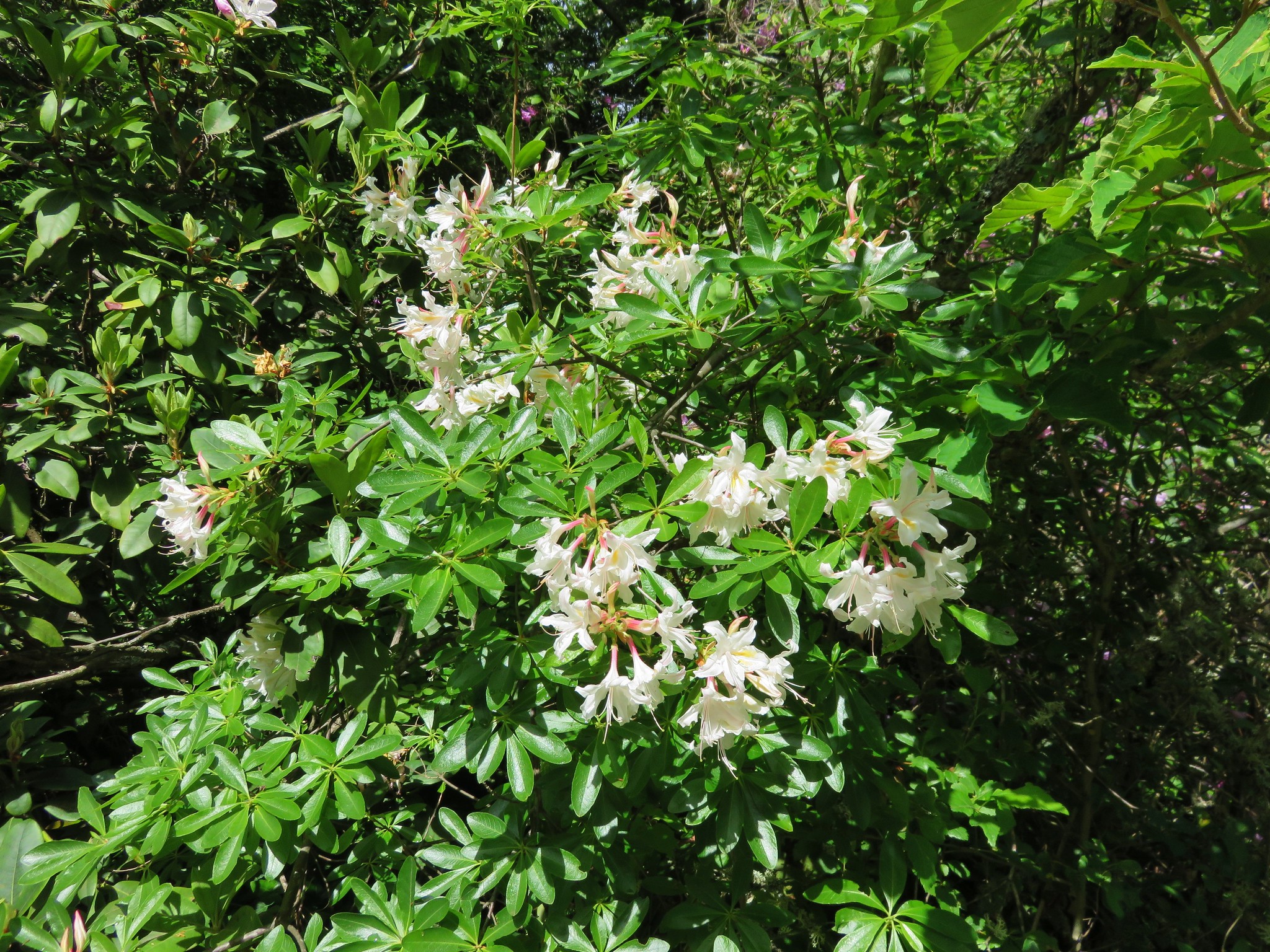 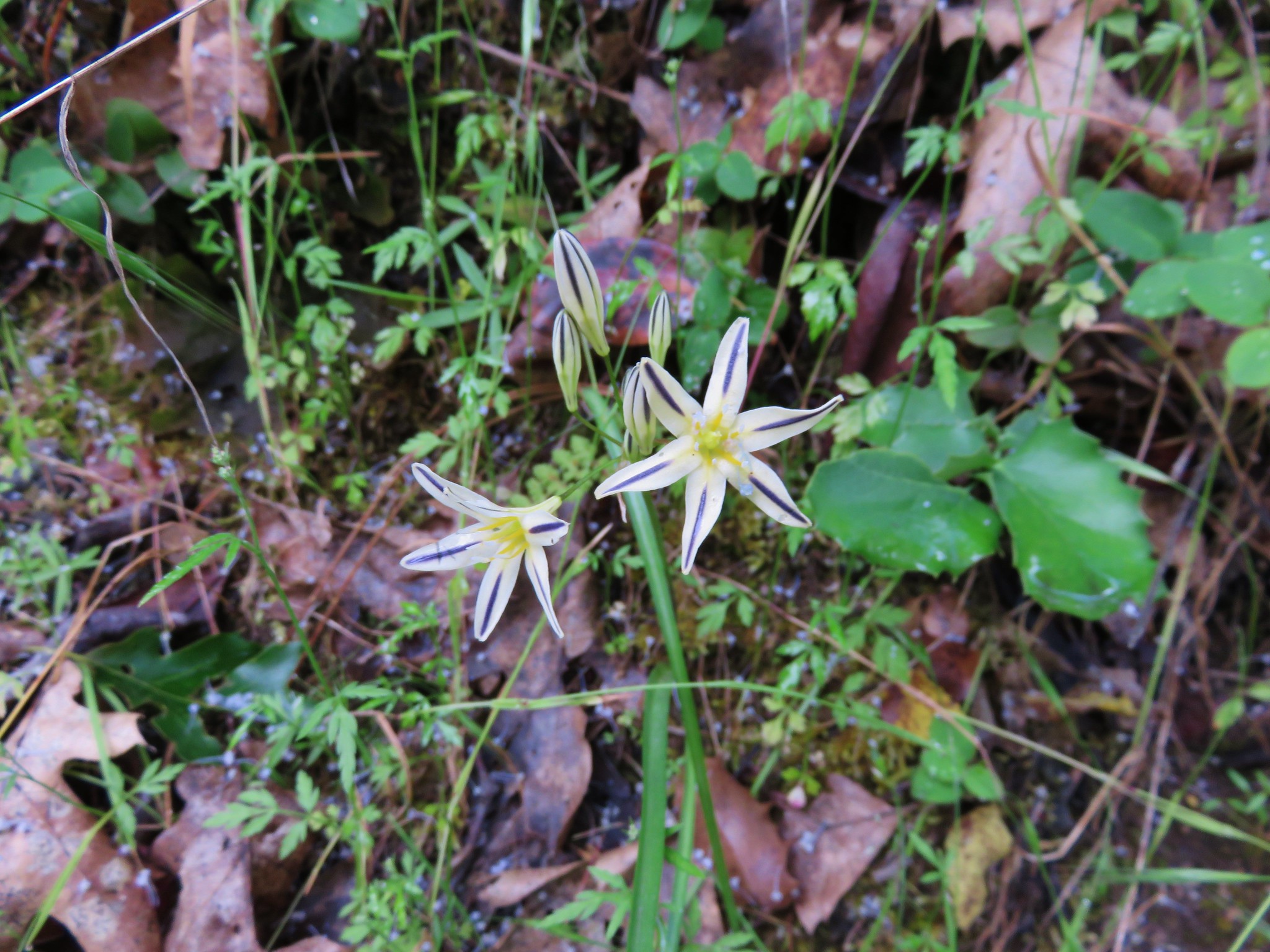 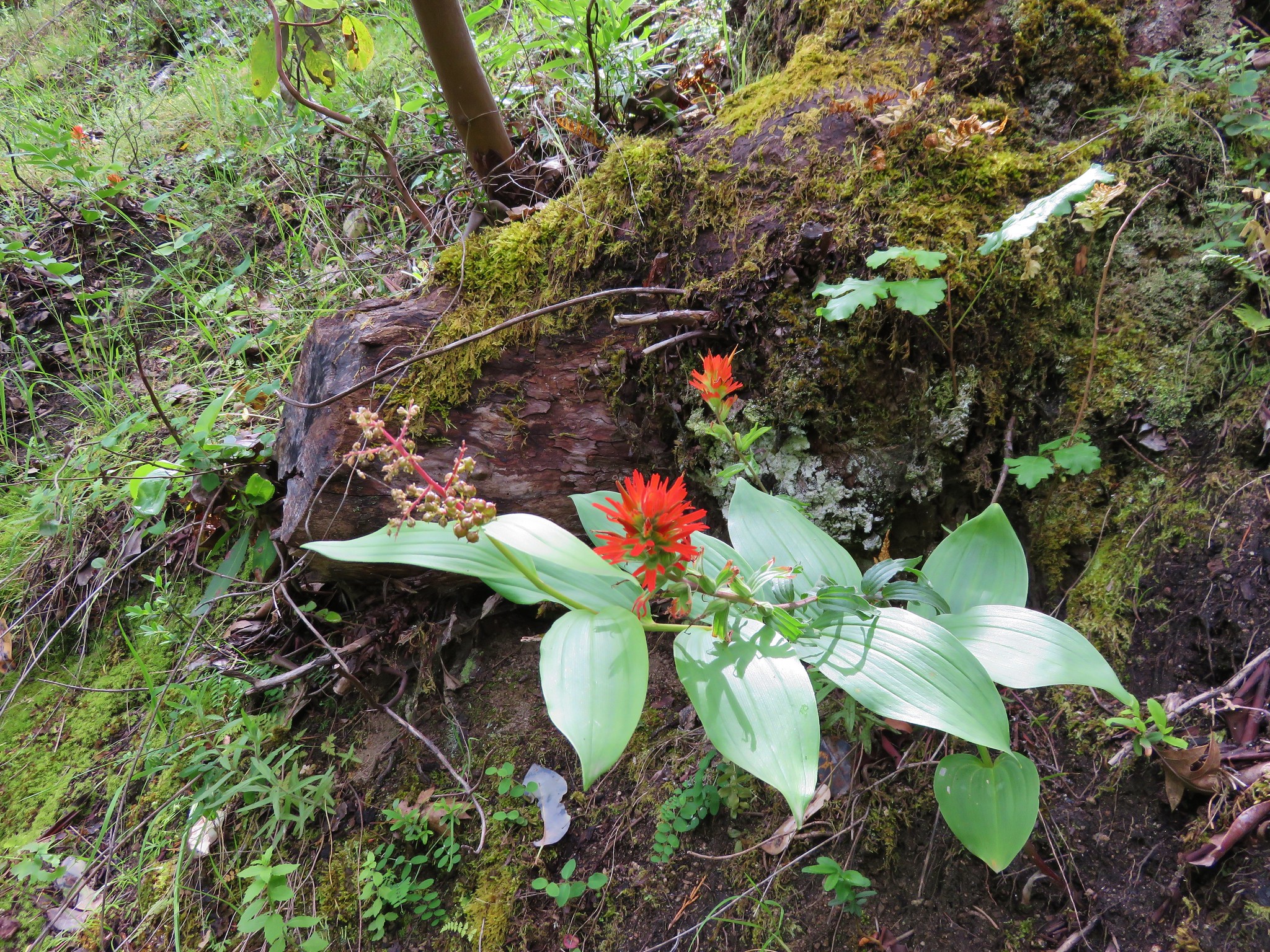 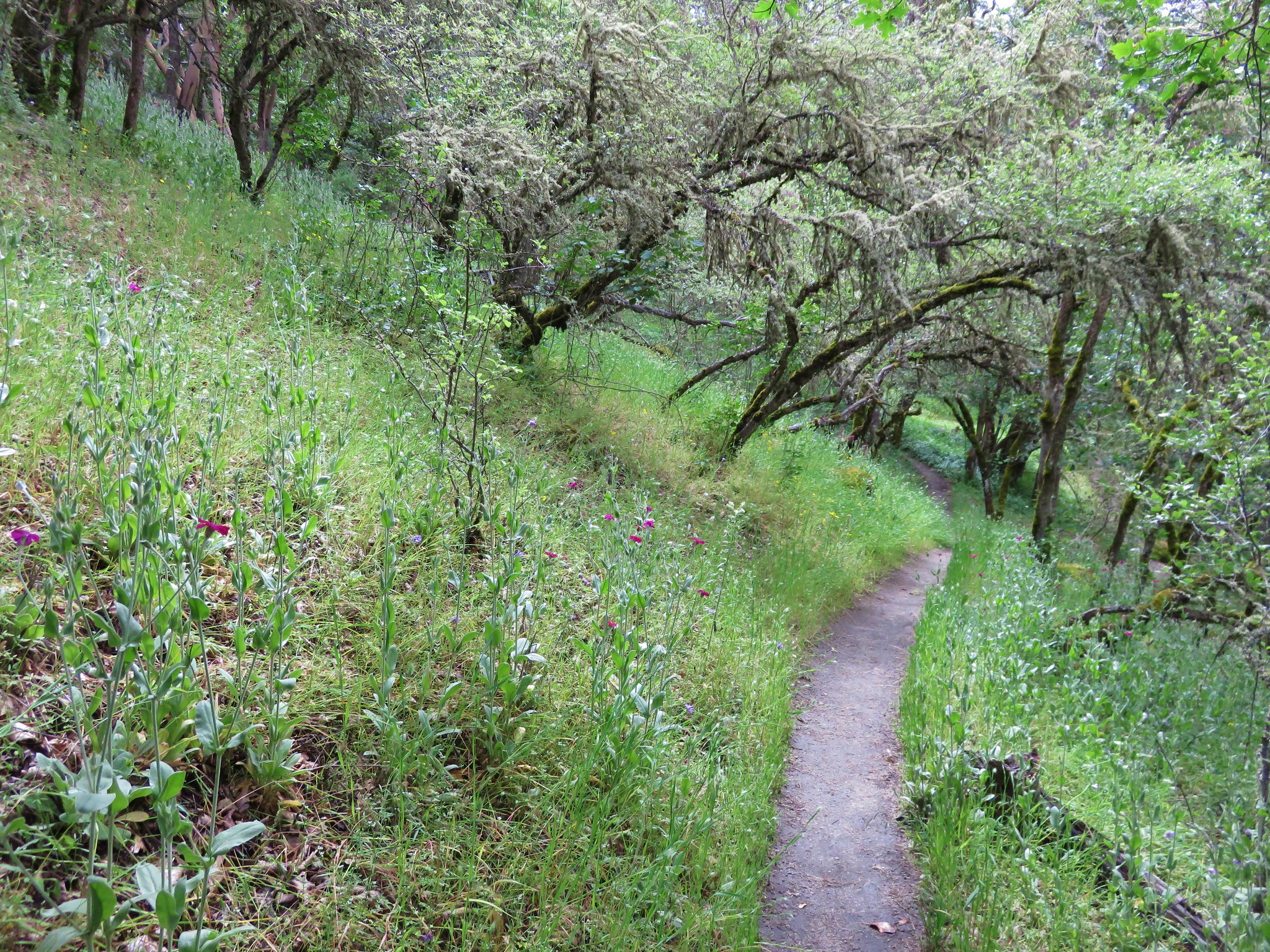 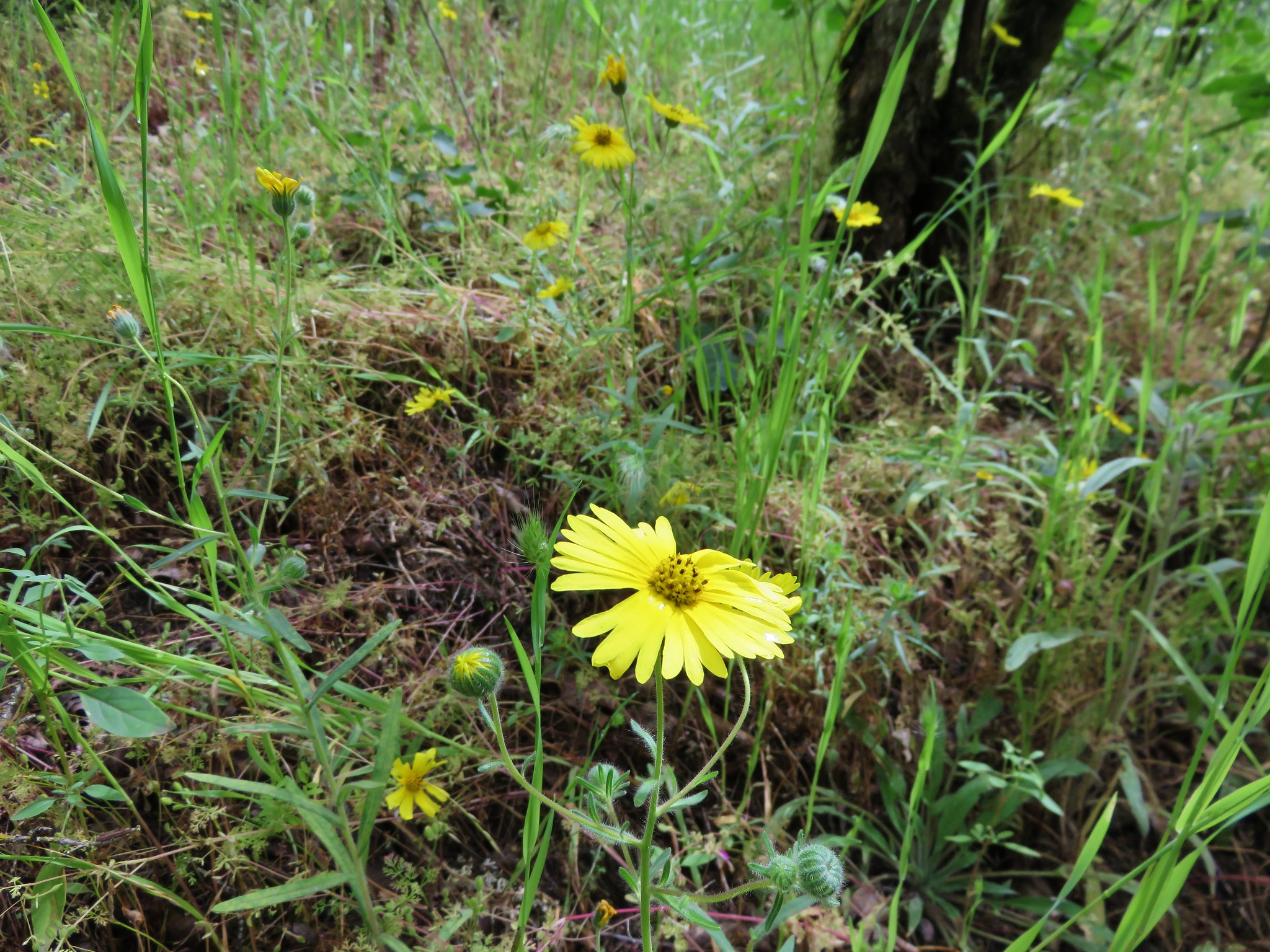 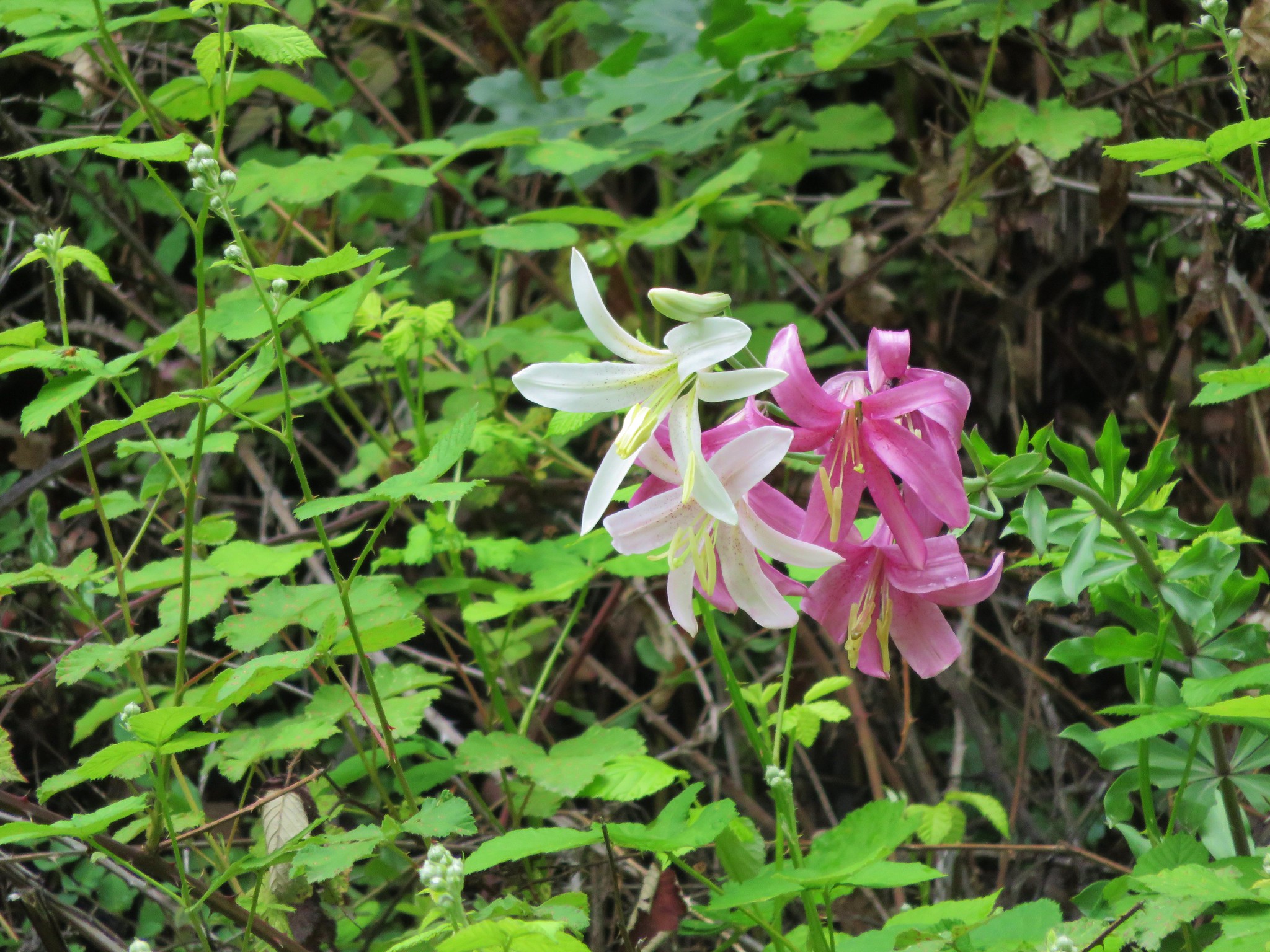 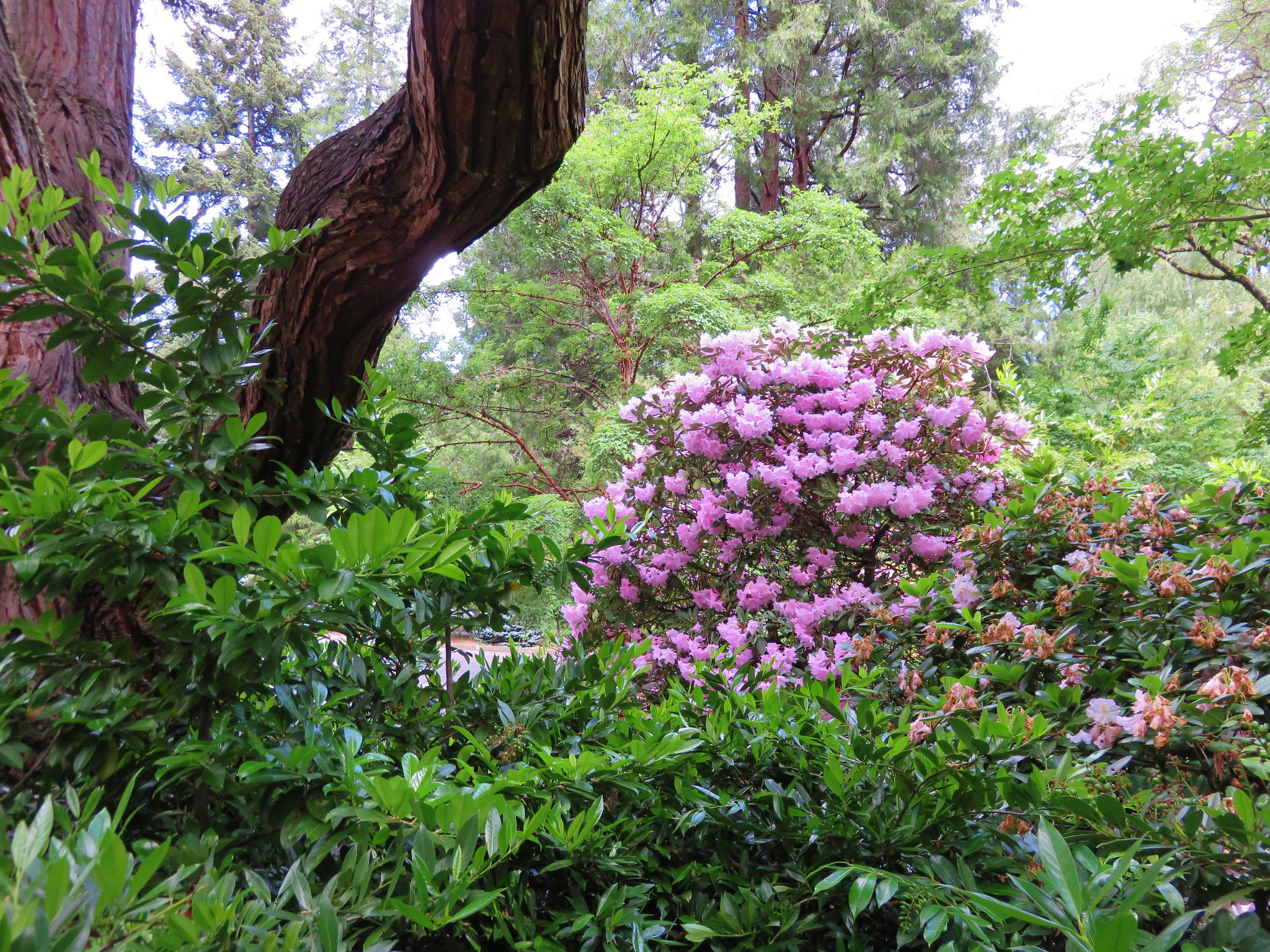 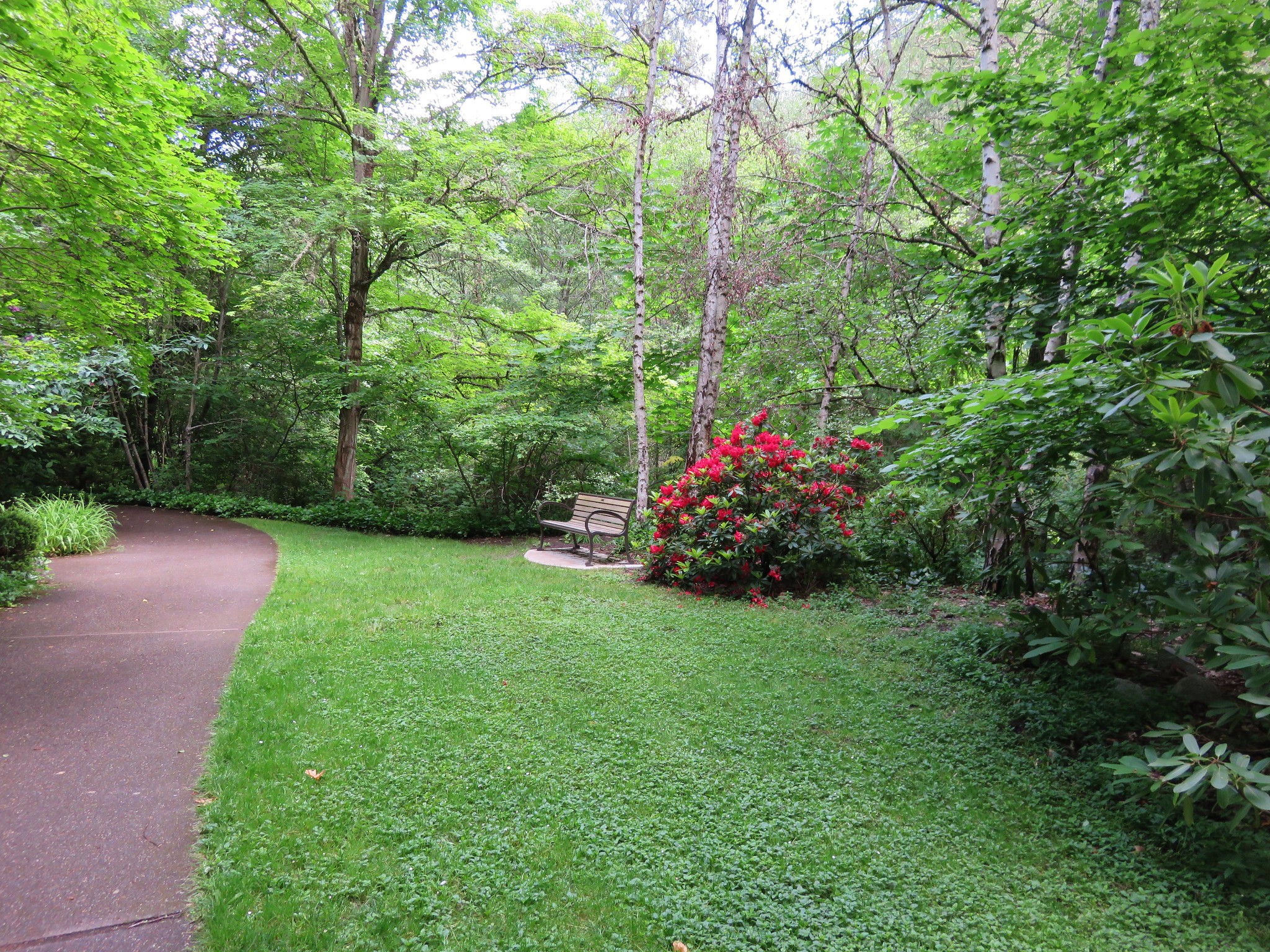 We had traveled south along the east side of the creek to a reservoir on Granite Street. 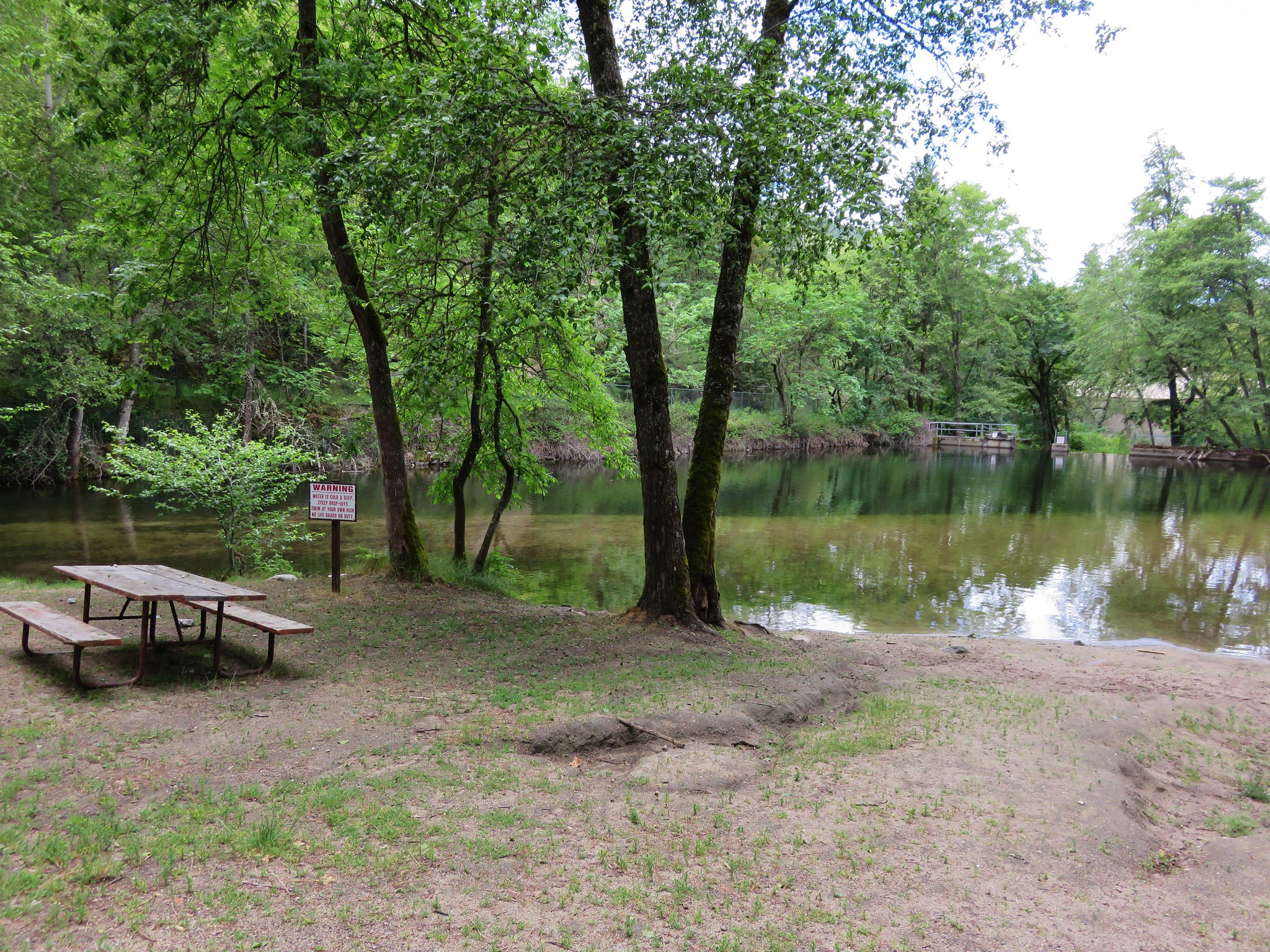 Beyond the reservoir several signs let you know that trails and roads make it possible to go all the way to the Pacific Crest Trail on Mt. Ashland. 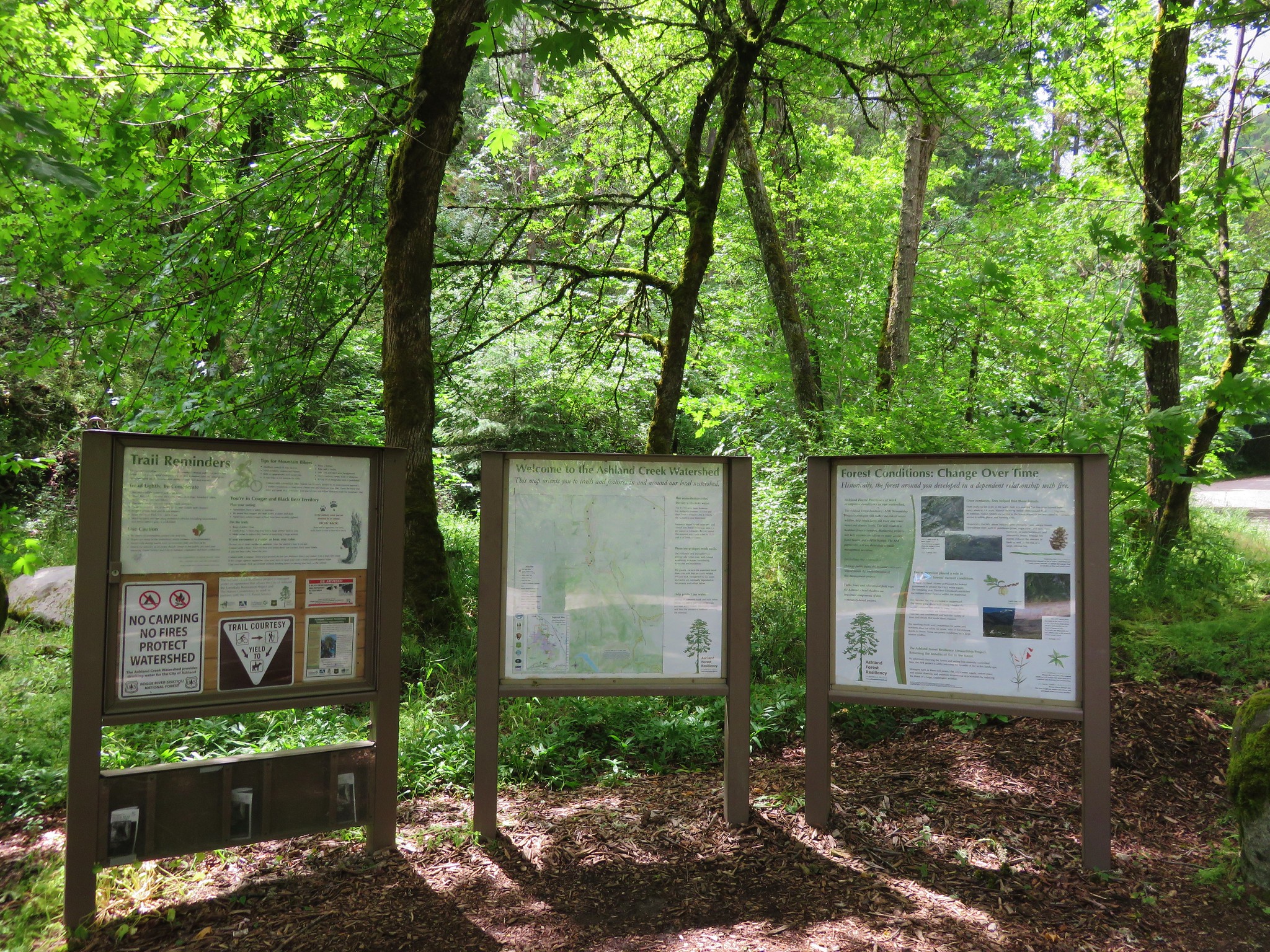 We had a play to attend so we turned around at the reservoir and completed the loop. The creek, wildlife, and wildflowers aren’t the only attraction in the park as several fountains and ponds add to the scenery. 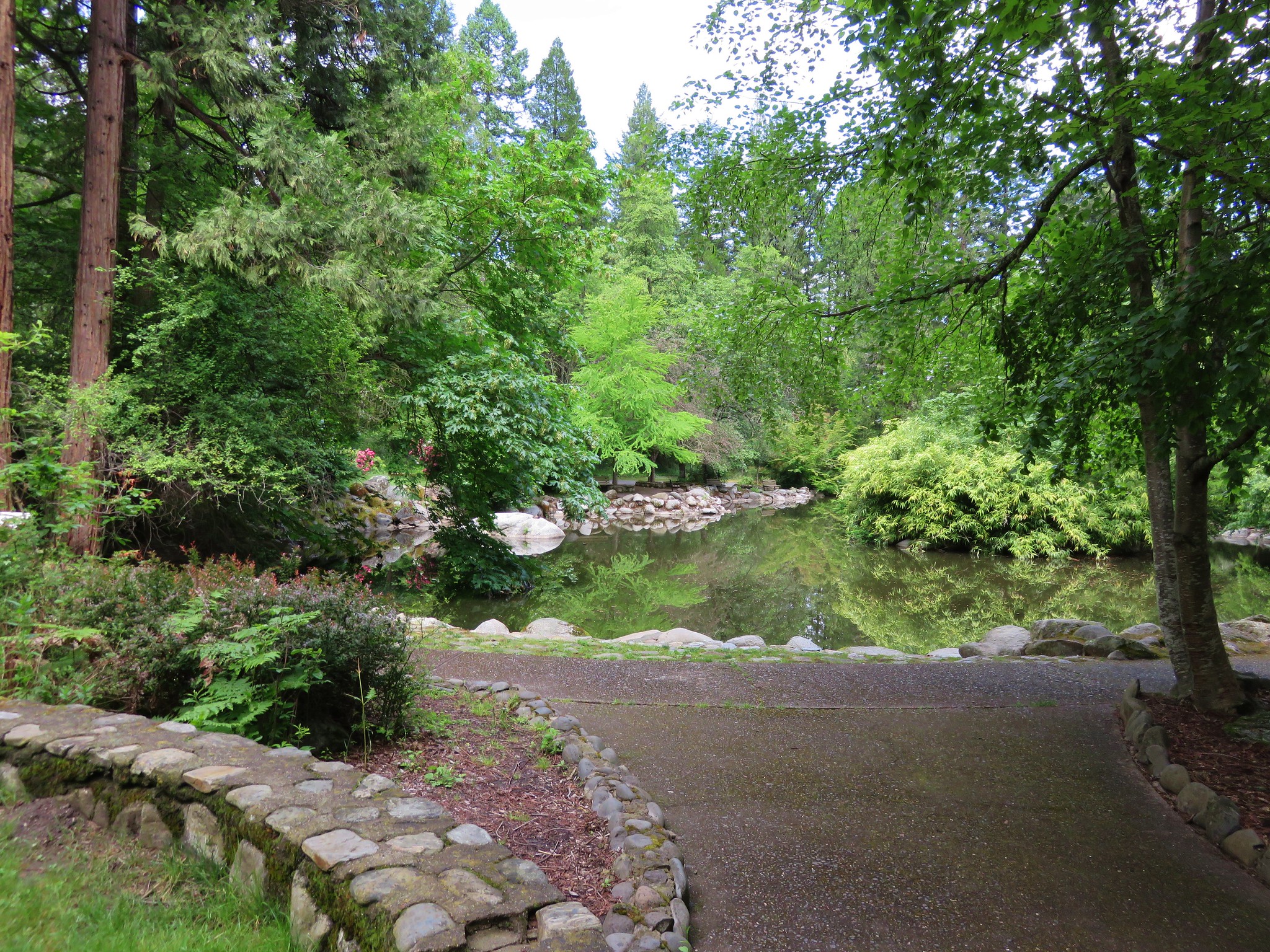 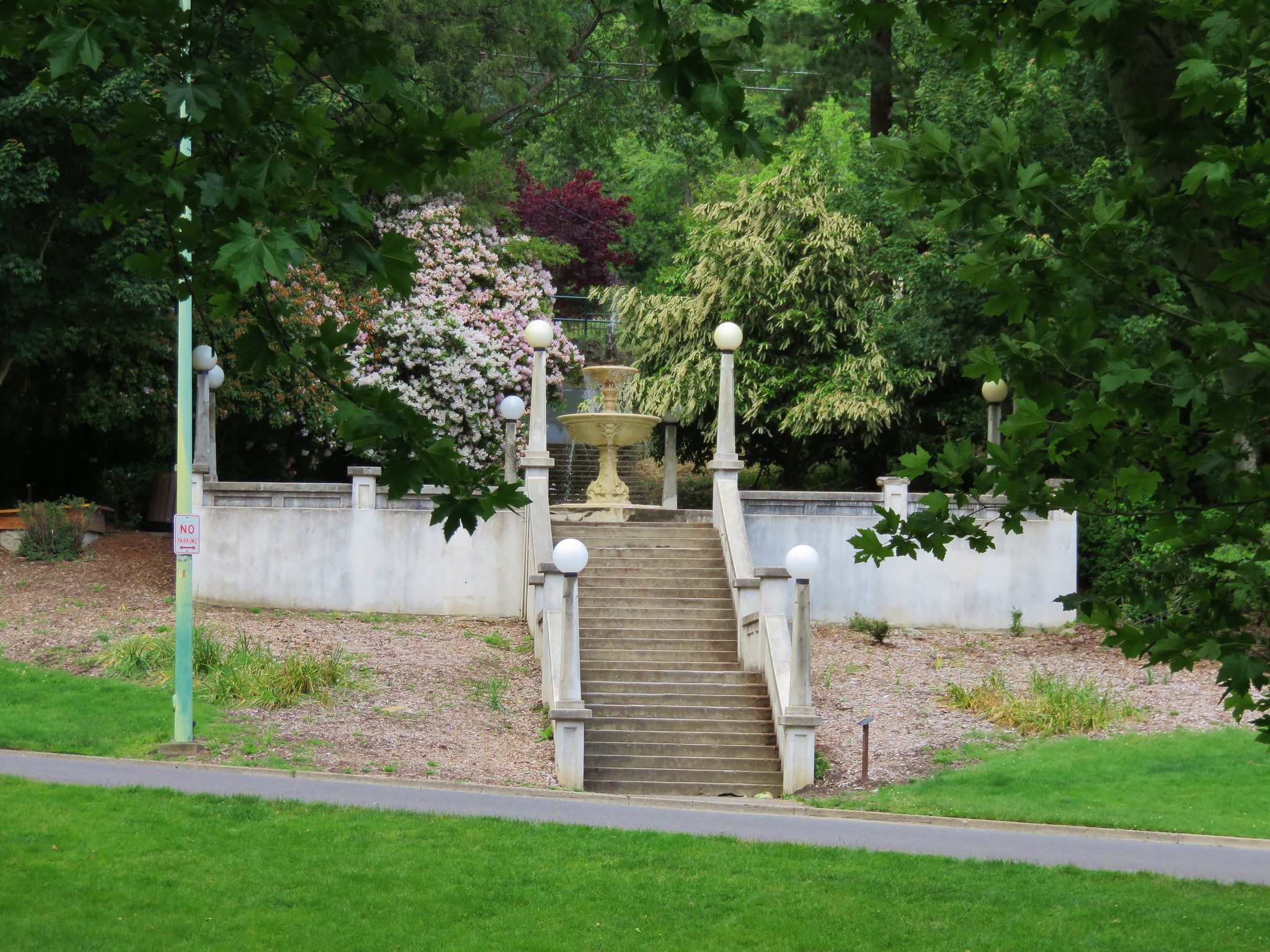 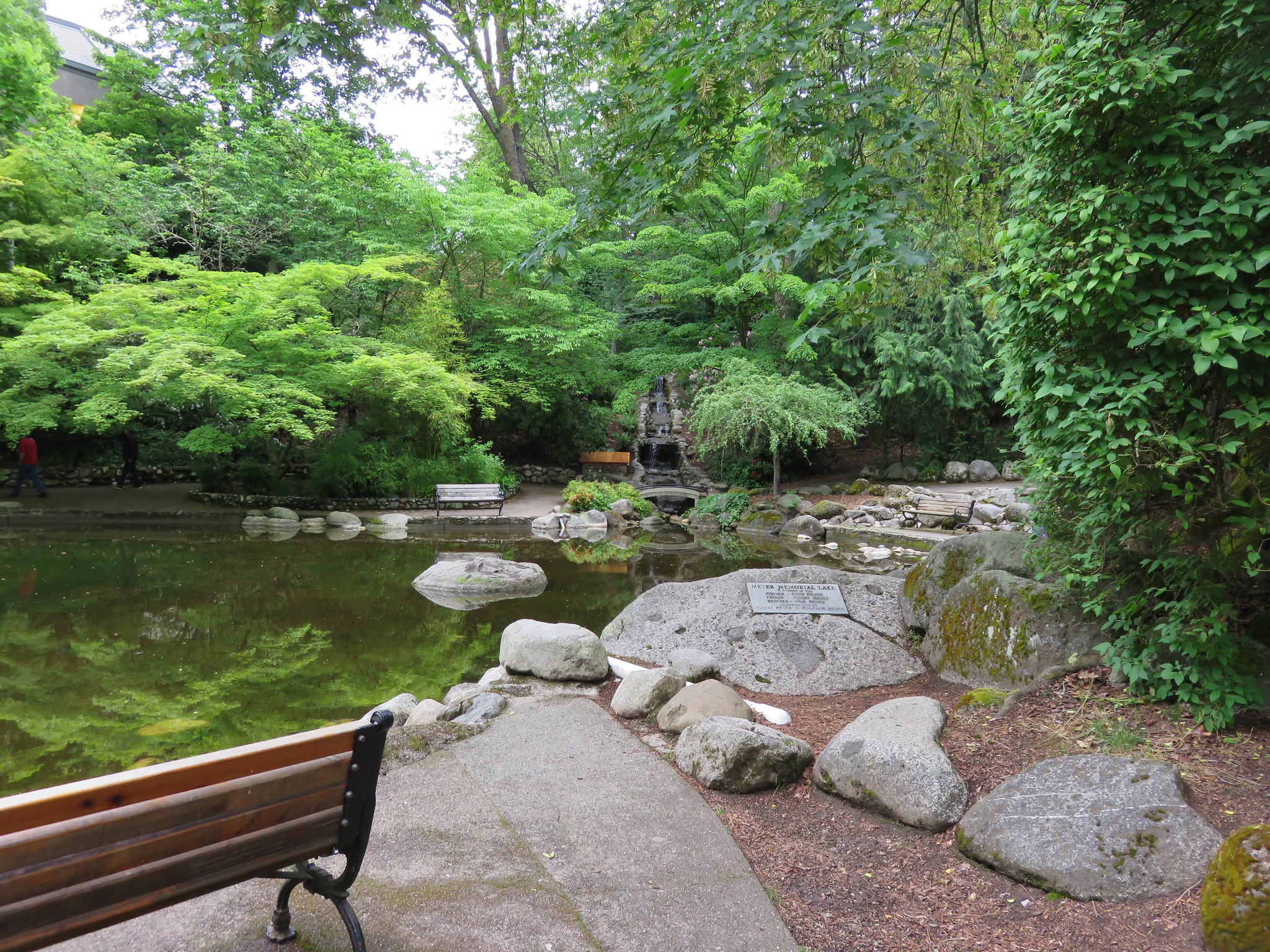 After the easy stroll through the park we wandered through some of the shops located near the theater before attending the play. 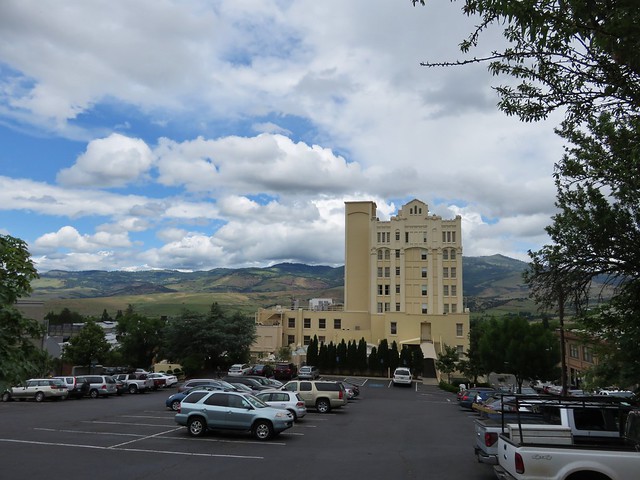 The play was wonderful. It was Heather’s first play at the festival and my first since attending A Winter’s Tale while in grade school. Neither of us were familiar with Pericles before purchasing the tickets, but it turned out to be a great choice. As Shakespeare’s first romance this adventure ended on a happy note, but not before an emotional roller coaster that had many in the crowd reaching for tissues. We really enjoyed the cast and the production was very well done.

After the play we went looking for somewhere to get a bite to eat. We ended up at Taroko Pan-Pacific Bistro which was located near the theater. It was happy hour and we shared orders of Dumplings, Pad Thai, and a Mini Tuna Poke. All the food was good, but the Mini Tuna Poke was amazing. It was a perfect way to end a relaxing day. Happy Trails!