Today’s Throwback Thursday hike is the last of the hikes we did prior to starting this blog that are currently not on our schedule of future hikes. On July 10, 2011 we made our second attempt to visit Phanton Bridge (post).

This hike wasn’t included in any of our guide books (we would discover why) and only came to our attention as I was researching possible routes to reach Phantom Bridge. On the Willamette National Forest website I noticed that it appeared possible to follow the Elkhorn Ridge Trail east to the natural bridge. The route appeared a bit longer than the others I knew of but the road to the trailhead was open unlike Forest Service Road 2223 which was closed by a washout at the time.

The shot up remains of a trail sign marked the beginning of the trail as it set off along a forested ridge line with views of Rocky Top and Henline Mountain. 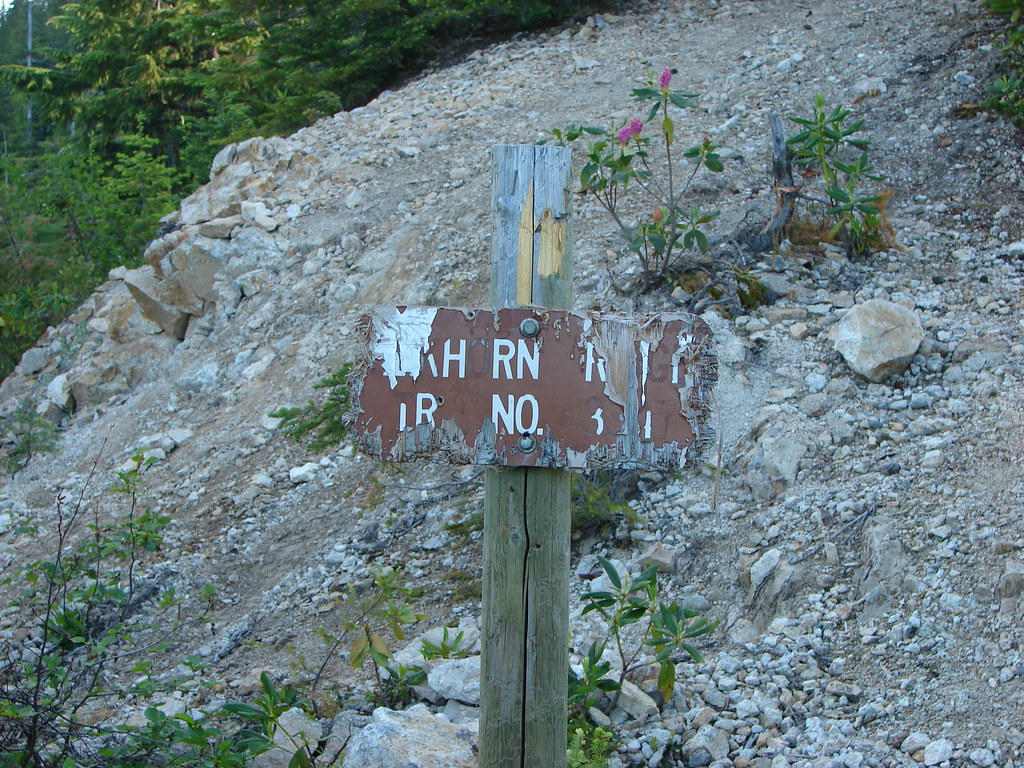 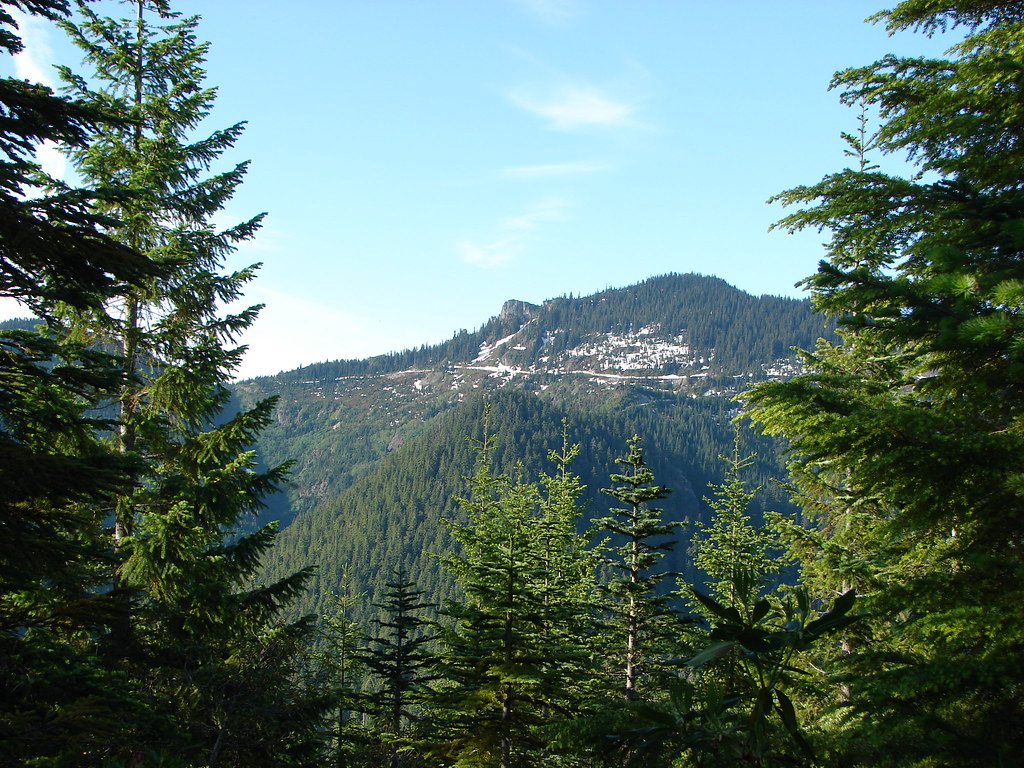 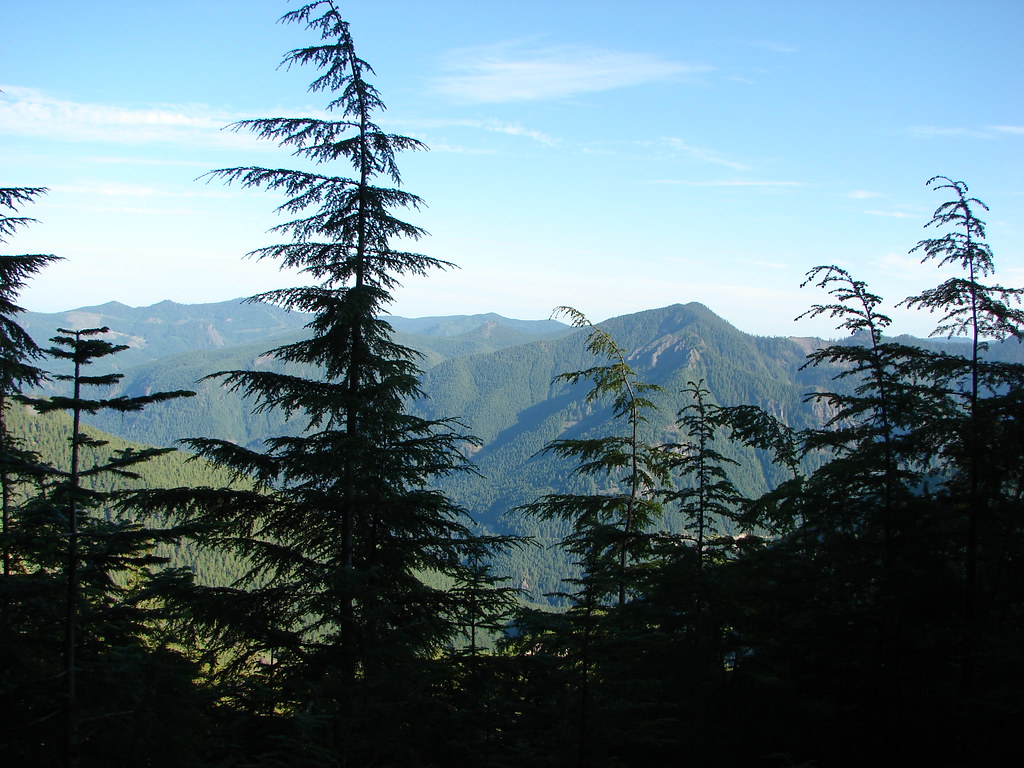 The trail was a bit faint with occasional patches of snow remaining from an unusually late melting snowpak that year. 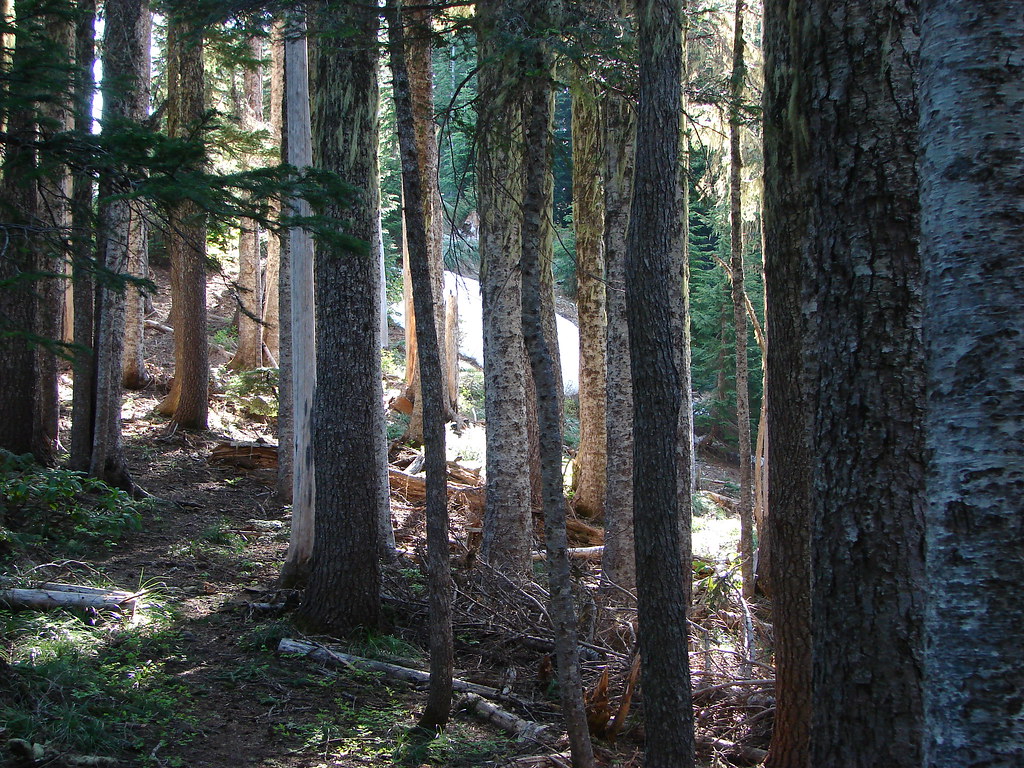 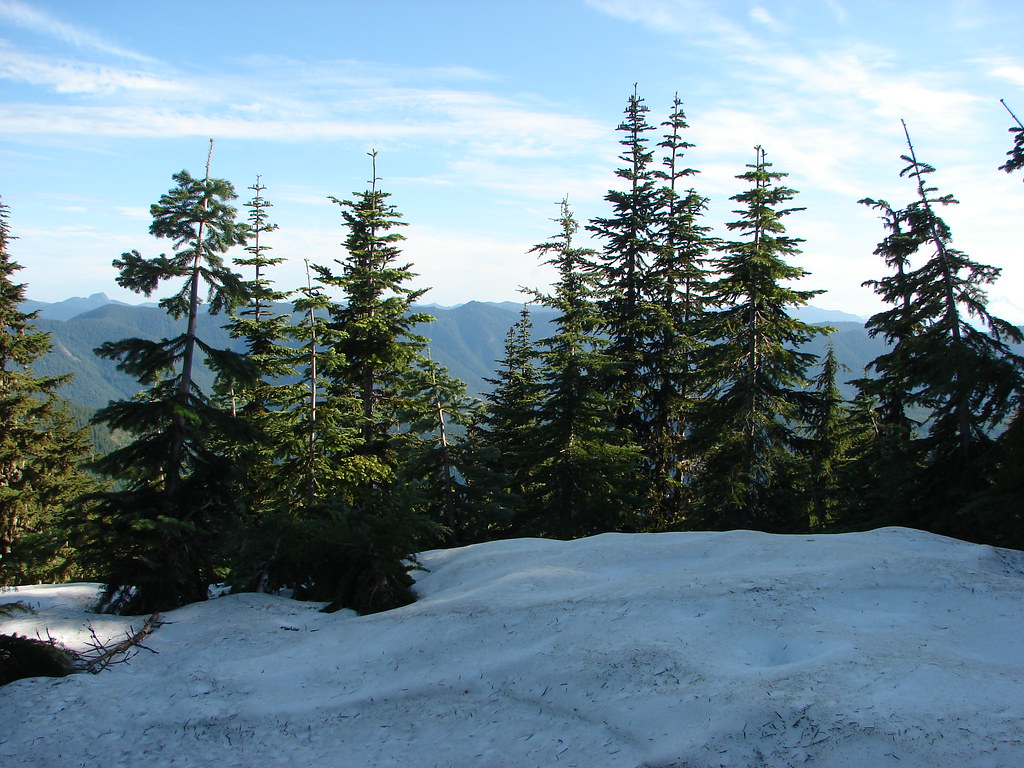 As we continued to make our way along the ridge we spotted Mt. Hood and Mt. Jefferson through the trees. 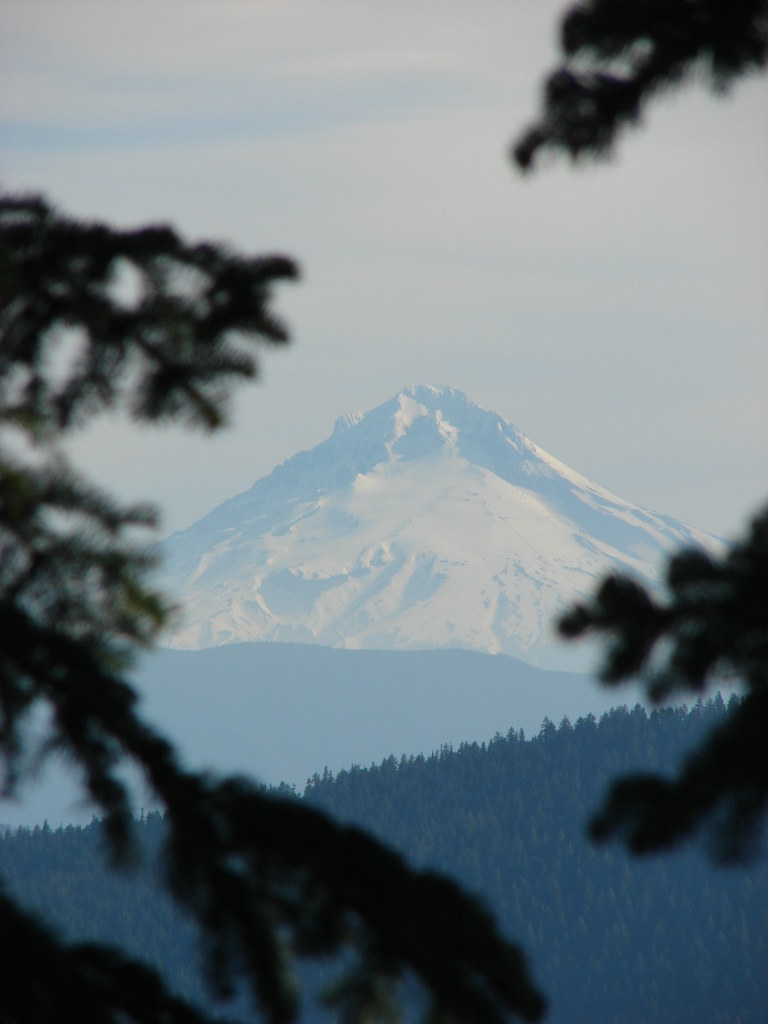 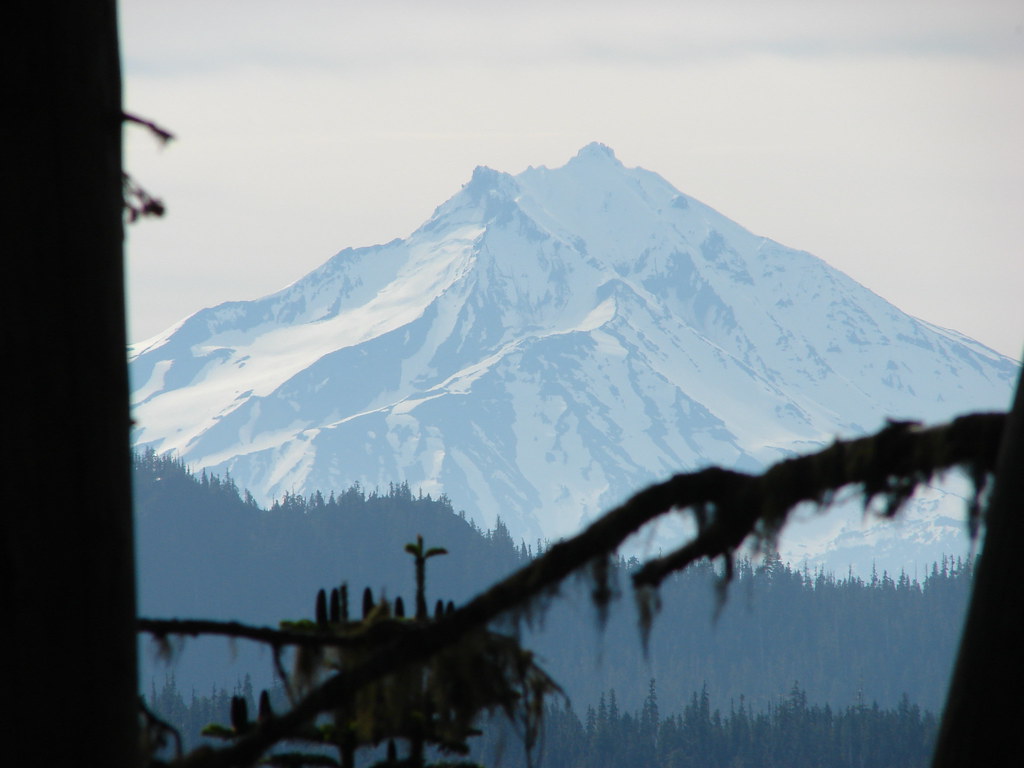 The further along we went the fainter the trail got and we found ourselves relying on pink flagging to mark the way. We had a map but it wasn’t an adequate map and even if we’d had a proper topographic map we were not yet experienced enough to have been able to use it properly. We also didn’t have a GPS unit yet. Shortly after the trail emerged from the trees and began to drop along the north side of the ridge we wound up losing it. 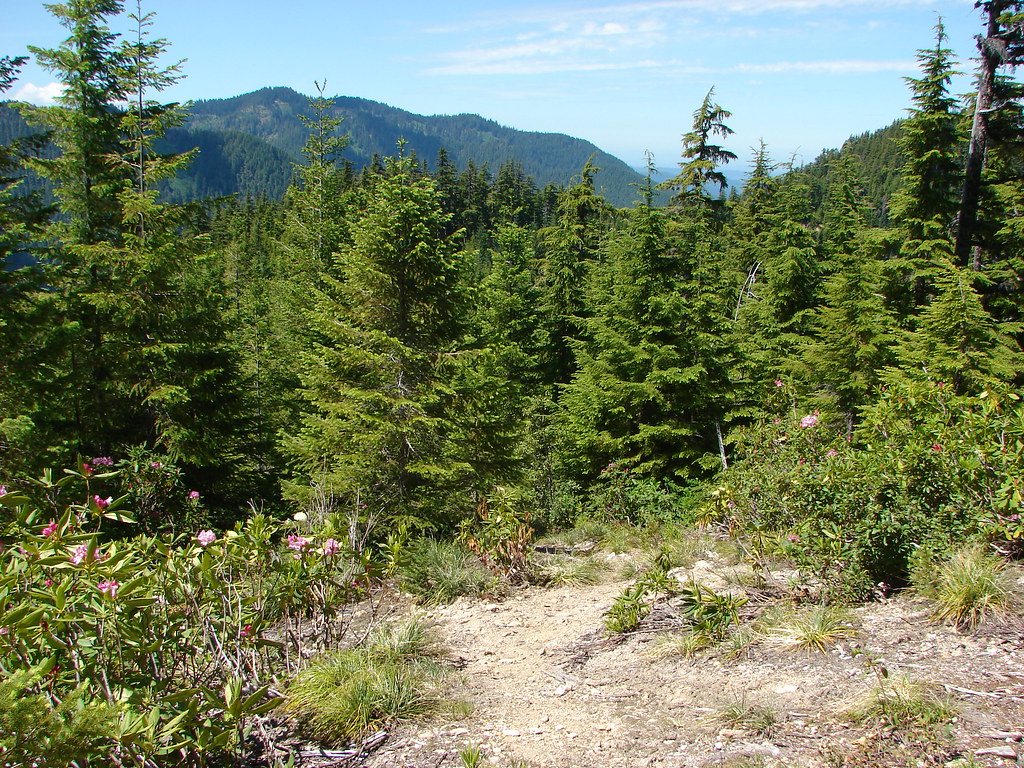 After a couple of minutes searching from the next flagging we decided to call it and turned around. This was one of several outings in 2011 that really helped hammer home just how important having the proper tools and knowledge of how to use them was going to be if we were serious about this hiking thing.

We estimate that we only went a little over a mile of the approximate 3 miles to Phantom Bridge before turning back. I have no doubt that if we were to attempt this hike with the experience we have now we’d have no trouble reaching Phantom Bridge, but turning around that day was the right call. Happy Trails!