On our go-home day we try and pick a shorter hike to do on the way home.  For this trip is was a 5.8 mile round trip to visit the Brown Mountain Lava Flow. We began packing up early using our headlamps and our Luci Color Inflatable Solar Light After taking the tent down we made some coffee and had a quick breakfast. We had found a spot along Badger Lake the night before that made for the perfect place to enjoy our final moments there. 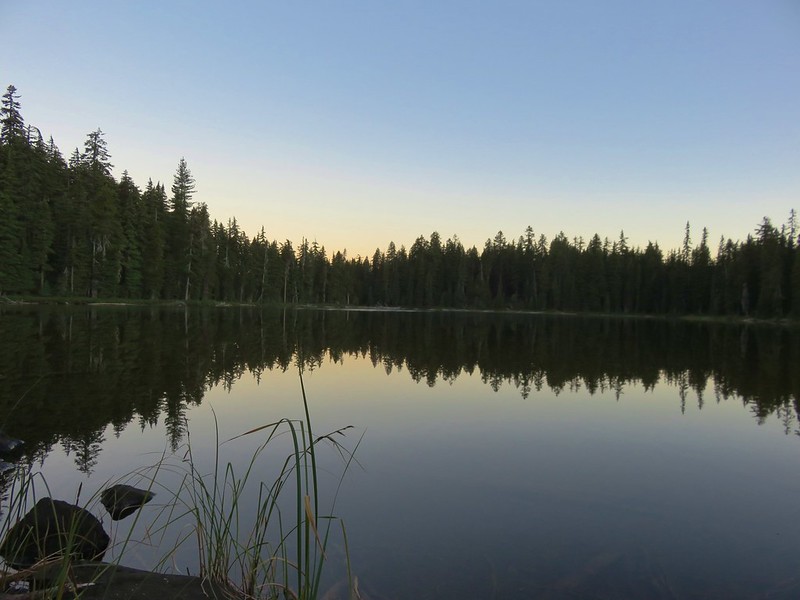 We headed back toward the Badger Lake Trailhead munching on huckleberries as we went. When we were able to get a view of Mt. McLoughlin across Fourmile Lake we were greeted with a nice reflection of the mountain. It was the first time the water was calm enough to allow for one. 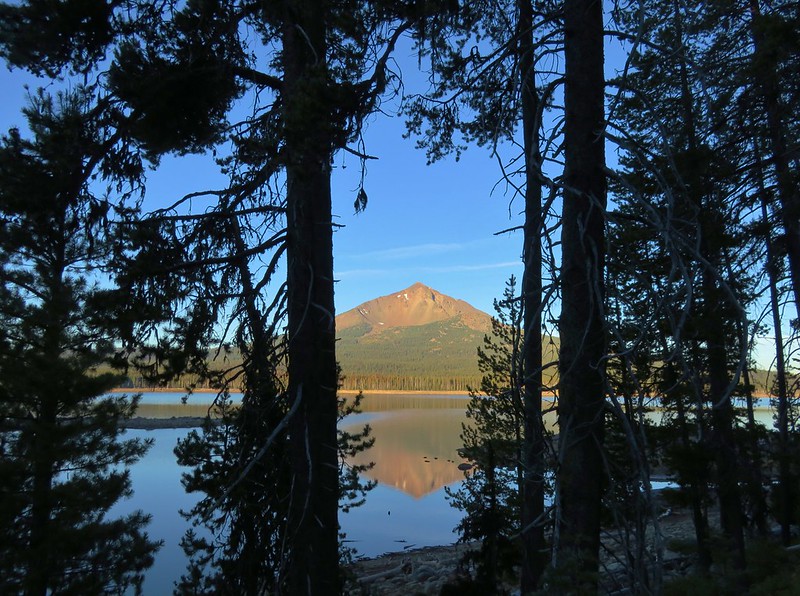 Once we were in the car we drove back to Highway 140 and turned right for 3.2 miles and turned into the Summit Sno-Park. The trail began at the far end of the parking lot. 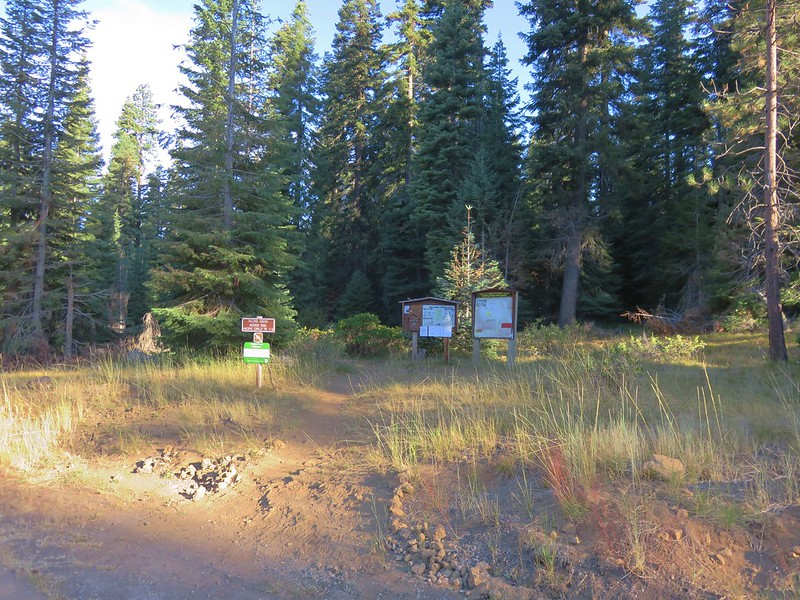 In .2 miles we crossed the Cascade Canal on a footbridge. 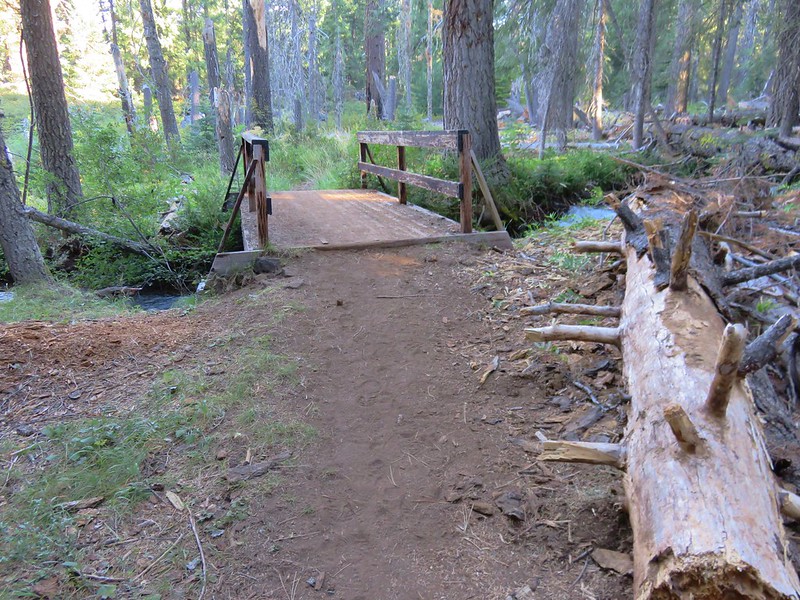 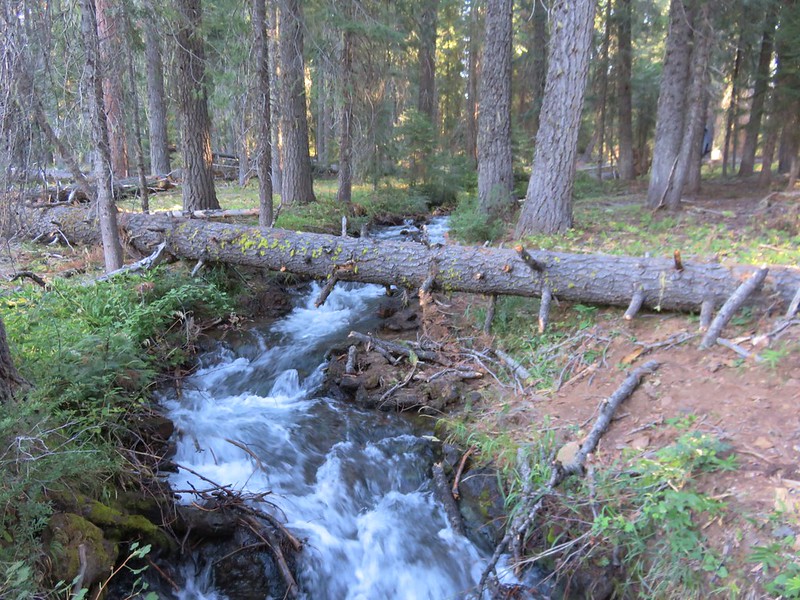 On the far side of the canal was the junction with the Pacific Crest Trail. 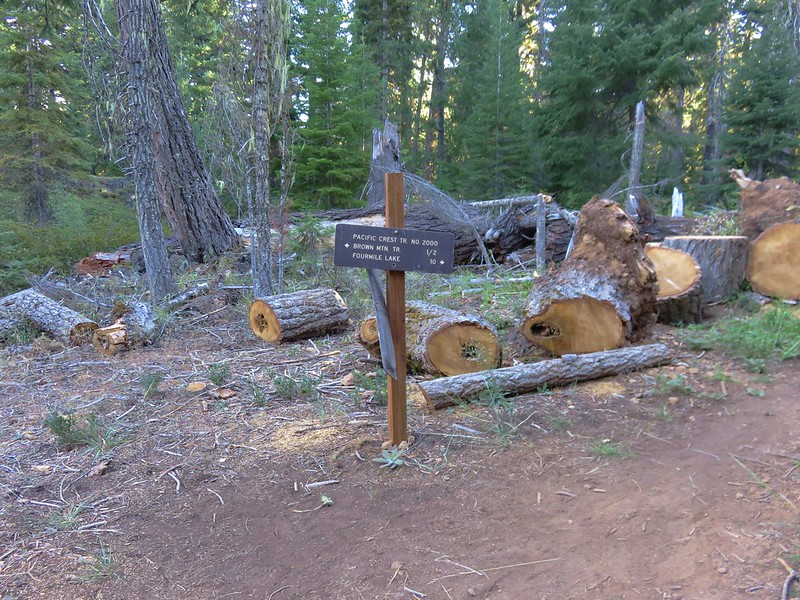 We turned left on the PCT and headed toward Highway 140 which was .4 miles away. The canal was nearby and along this section of PCT were a few campsites. Heather had brought more Doritos to pass out and as we neared the highway we met a thru-hiker packing up her camp. One more bag of chips down. 🙂

After making the dash across the highway we cam to a pair of back to back trail junctions lay about a quarter mile from the highway. 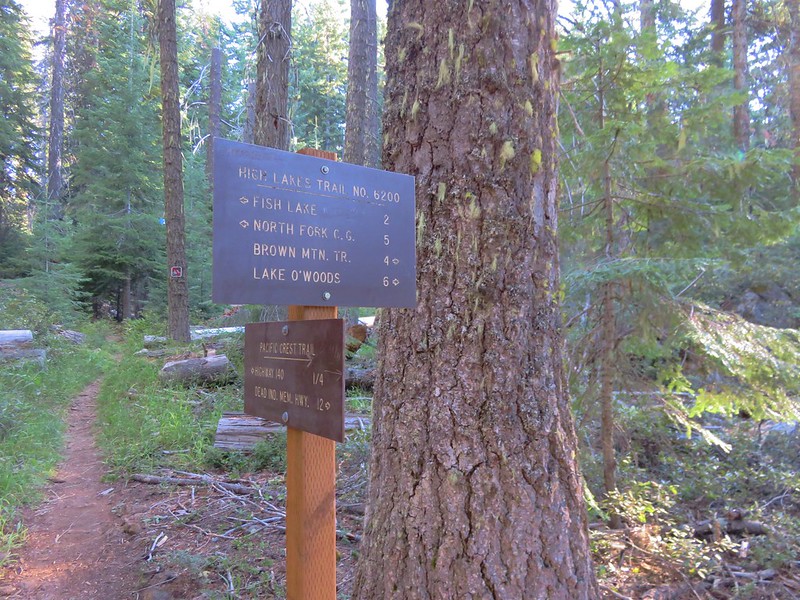 It would have been possible to do an entire loop around Brown Mountain on the trails but we had a long drive ahead of us. Our plan was to follow the PCT for another 2.1 miles before turning around. The forest quickly gave way to fields of lava with occasional views of its source – Brown Mountain. 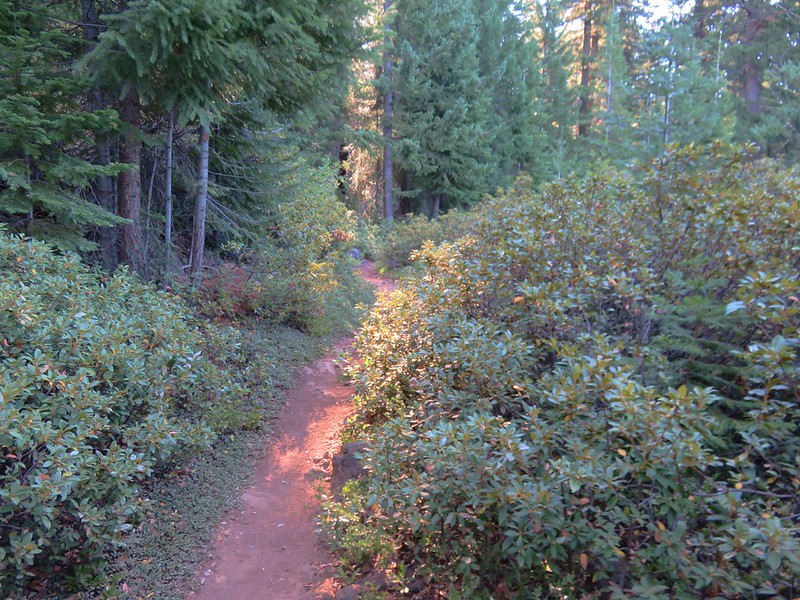 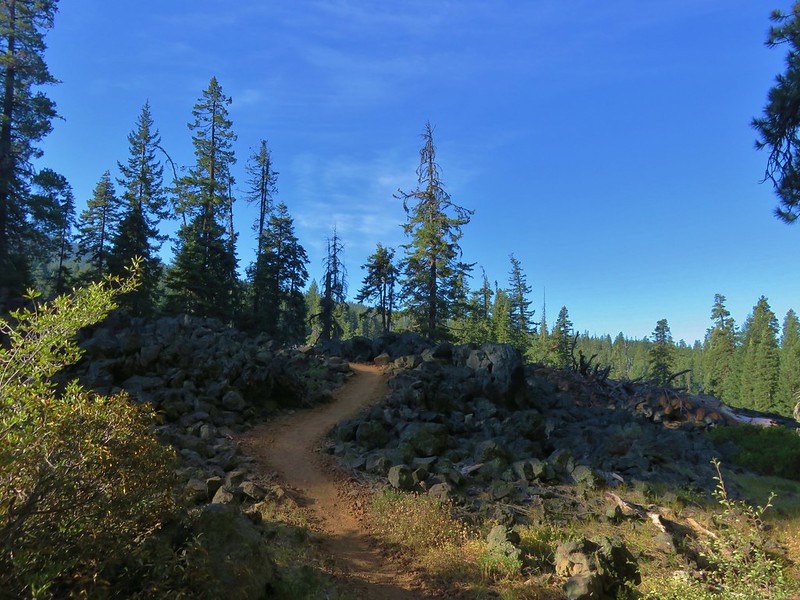 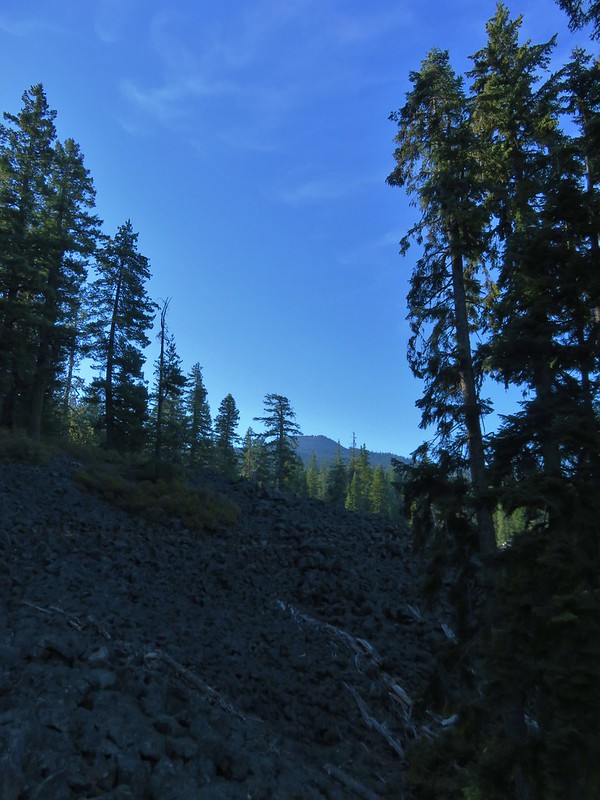 Most of the trails we’ve been on that passed through lava flows have been rocky and uneven but that was not the case with the PCT here. When the trail was built dynamite was used to blast out the route then red cinder was laid to even out the tread. 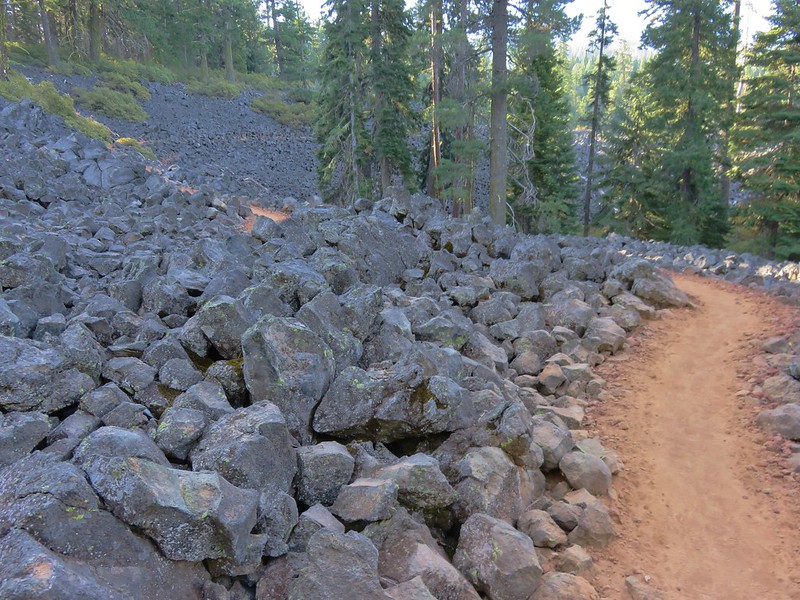 It was a nice easy trail to hike and we made quick time making it to our turnaround point. We were watching for Pikas but never saw any, we just heard a couple of their distinct “meeps”. For views in addition to the lava fields there were a number of great views of Mt. McLoughlin. 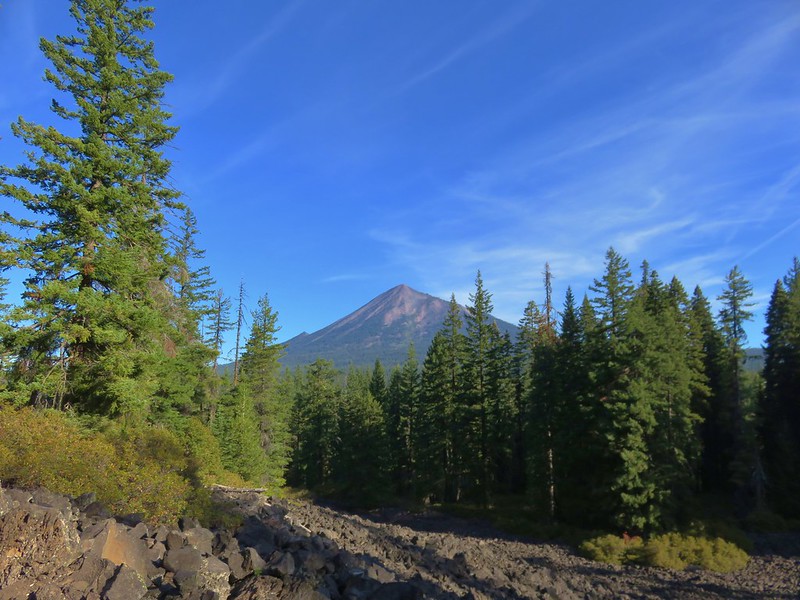 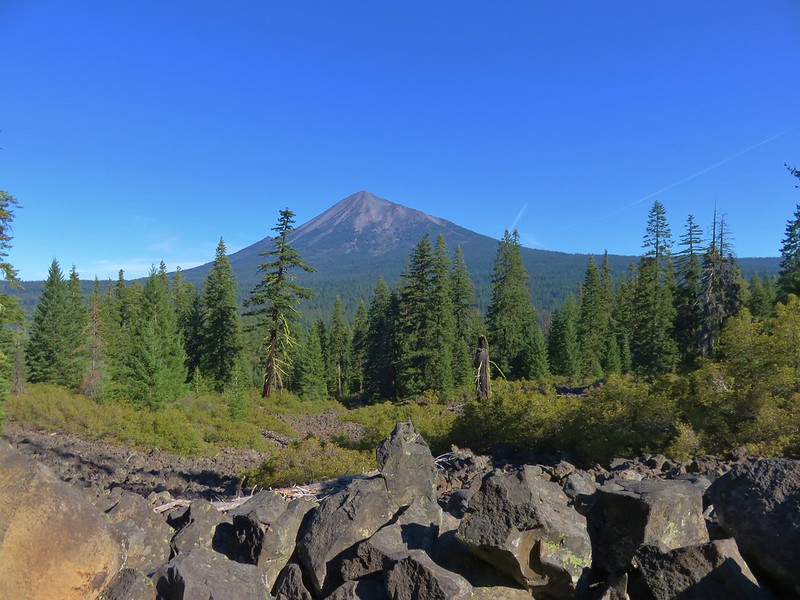 It was a bit late in the year for flowers but a small number of them were still in bloom along the PCT.
Pearly everlasting 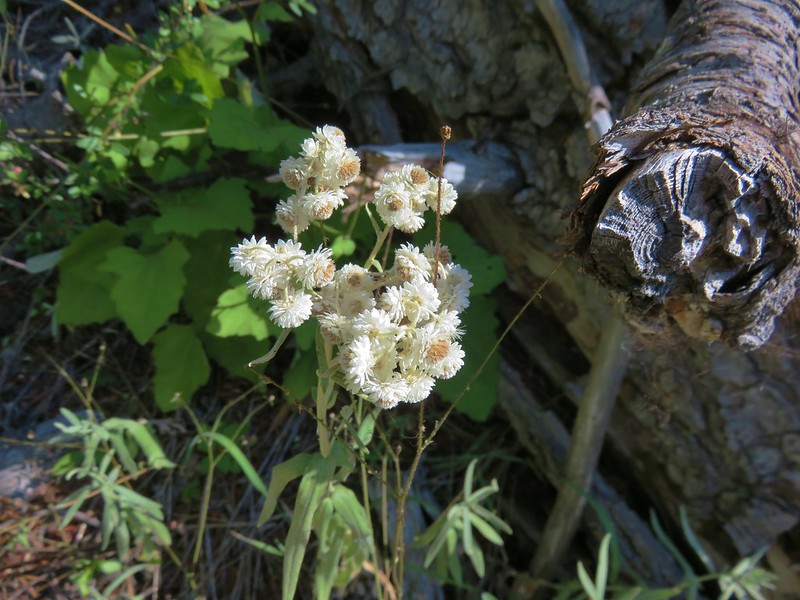 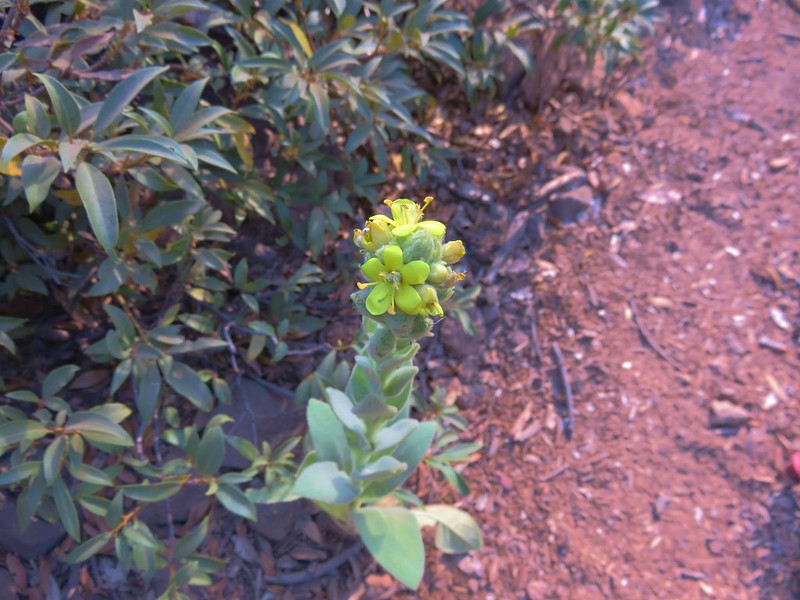 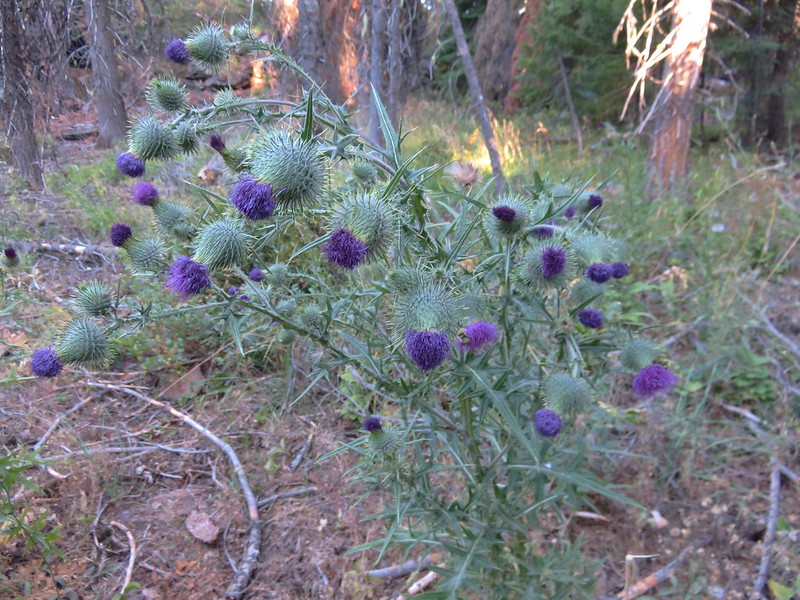 On our way back to the car Heather handed out one final bag of chips. It was the perfect distance and difficulty for an “on-the-way home” hike. It had taken us just over two hours and we were back on the road headed home by 10:15am leaving us plenty of time to unpack and cleanup when we got there.

This TR was inspirational in that it encouraged us to do a loop entirely around Brown Mountain on the PCT, Brown Mountain, and High Lakes trails – 17 miles but only 1,700 feet of gain. Some great views of McLoughlin!

Nice, did you go clockwise or counter? Looking forward to reading about it.

[…] we looked around for another way to enjoy the mountain.  While doing so, we came across a report (post) of an out-and-back hike along the Pacific Crest Trail (PCT) along the west side of the mountain. A […]

[…] further back is Lost Peak and then further to the right (left of Mt. McLoughlin) is Brown Mountain (post). Interestingly according to Peak Finder Mt. Shasta should be visible in between Imagination and […]