Welcome to another installment of Throwback Thursday. Today we’re covering a 7/30/2012 visit to Pine Mountain east of Bend. This mostly trail-less hike started at the Pine Mountain Observatory.

We walked past the domes housing the telescopes and took a trail near the white dome uphill to a stone windbreak. 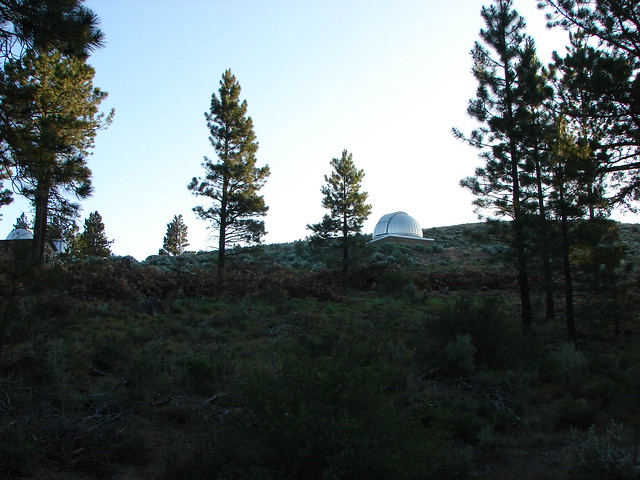 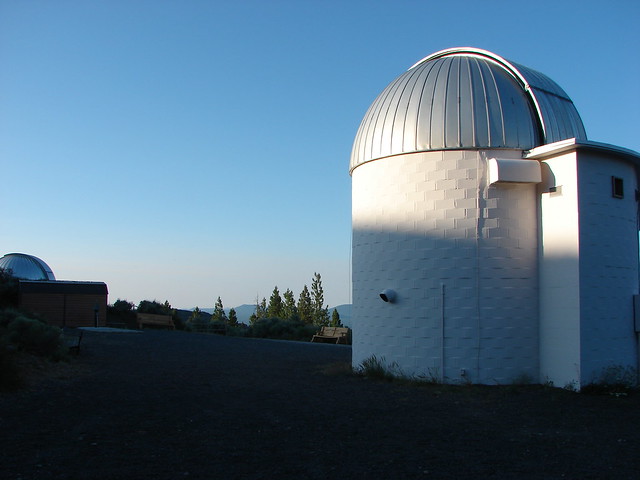 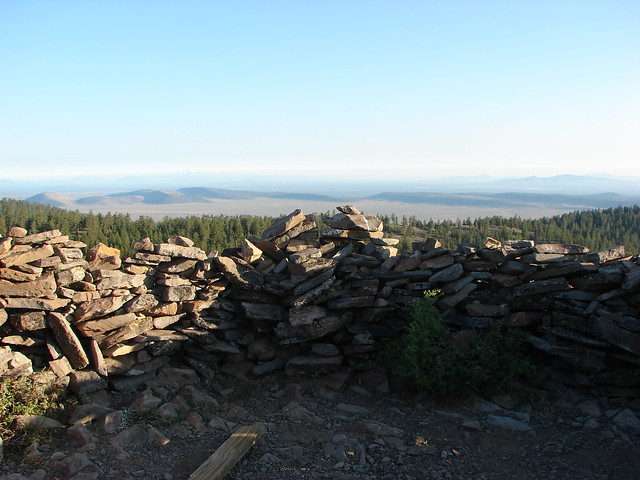 The high point of this first hill has an elevation of 6349′, 160′ lower than the actual summit of Pine Mountain. The view from the first shelter was good nonetheless with Mt. Bachelor, Broken Top and the Three Sisters lining the horizon to the NW. 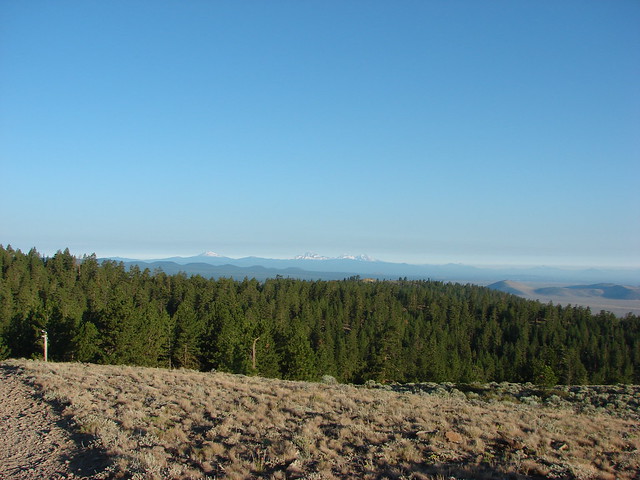 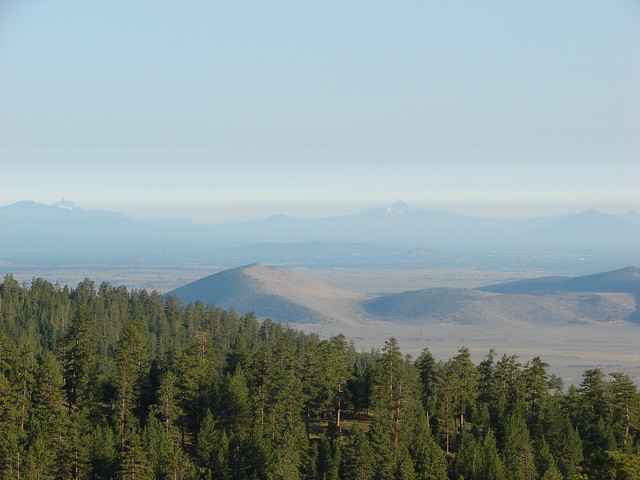 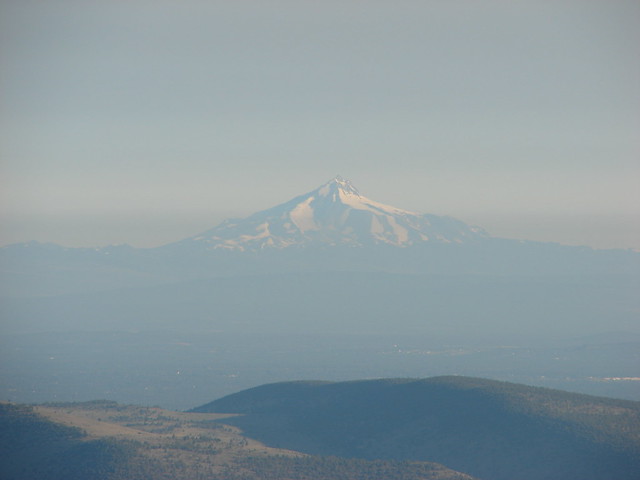 From the stone shelter we followed a faint path downhill to the east (away from the observatory) which brought us to gravel road where we turned left. For the next half mile we remained on the road staying left at all times. The thinned forest along the road was mostly Ponderosa Pines. The open forest allowed us to spot several deer along the way. 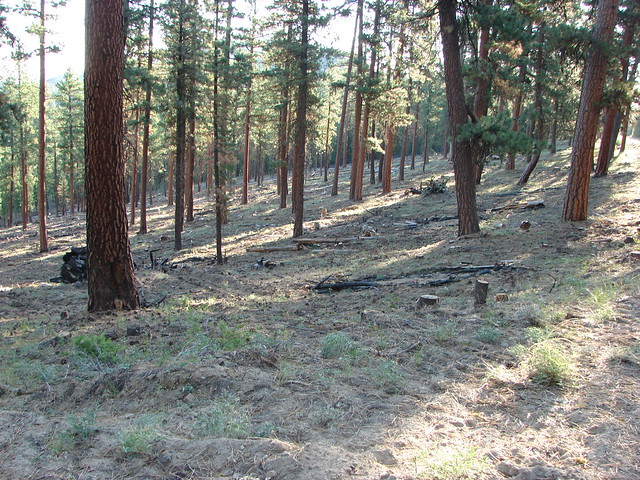 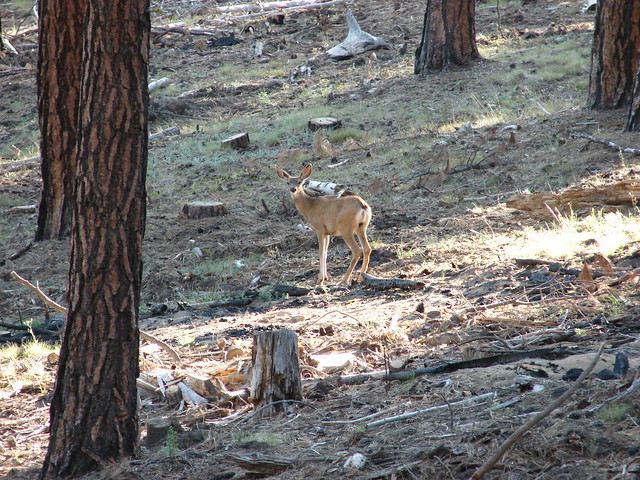 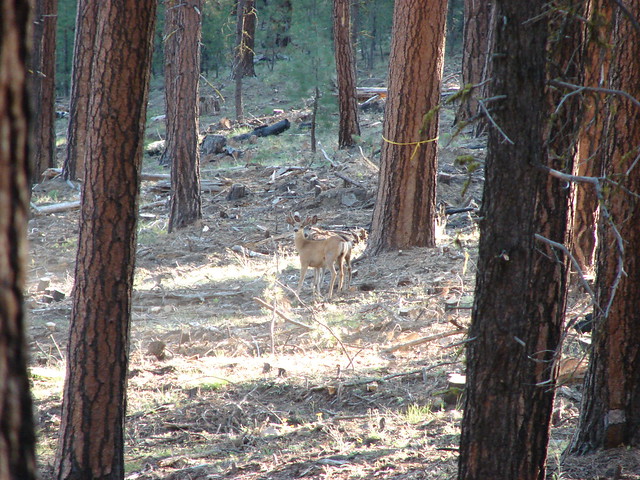 We left the road at a sharp right turn on a wide saddle. When the road turned we stayed straight following faint cattle trails through a level ponderosa forest for approximately 200 yards to a rock knoll. Wildflowers amid the sagebrush here included mountain coyote mint, paintbrush, and catchfly. 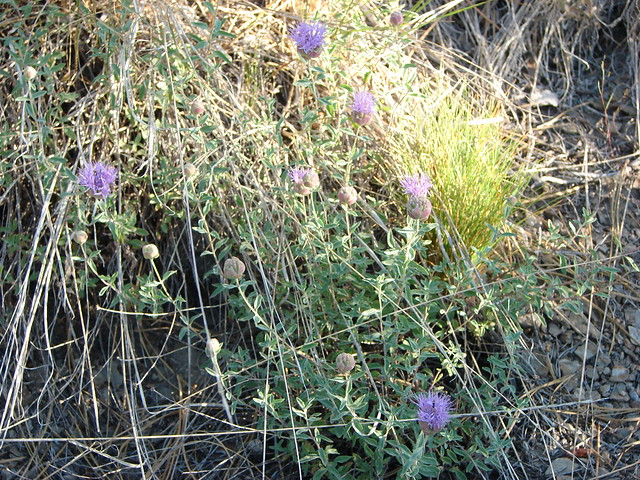 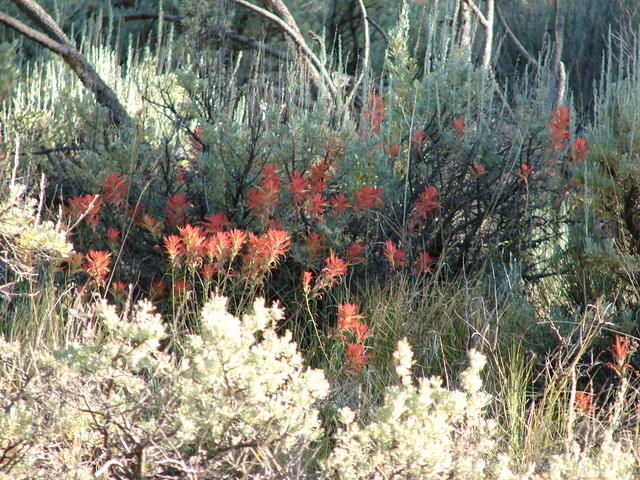 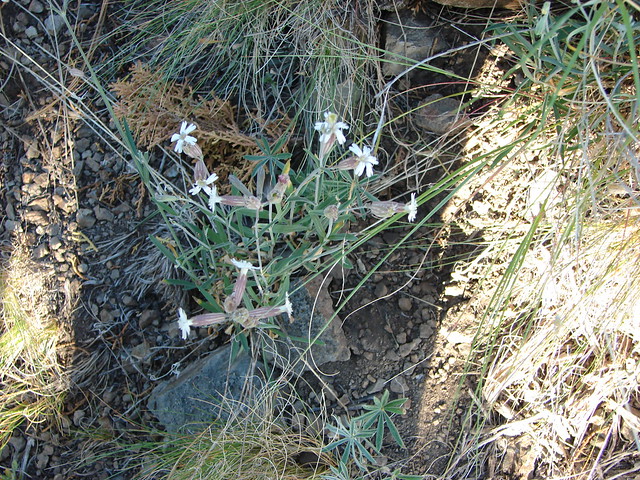 We approached the knoll on it’s right side passing it on a gentle sagebrush covered slope. 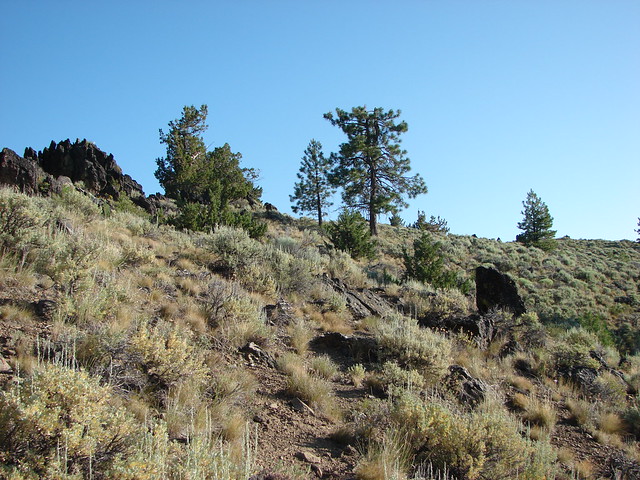 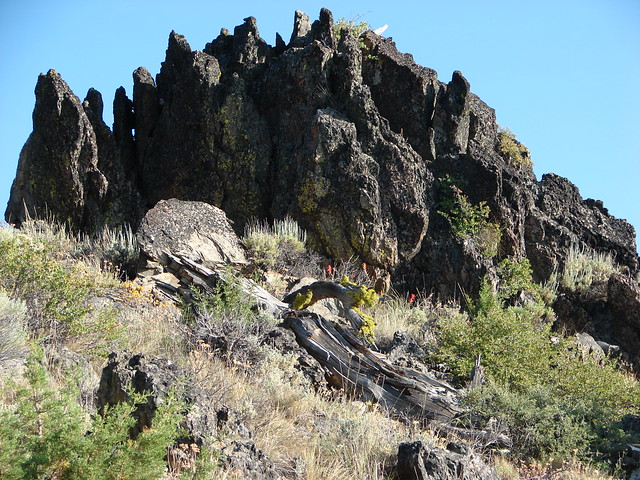 Occasionally we would come across a sagebrush mariposa lily as we traveled the 1.2 miles from the road to the true summit. 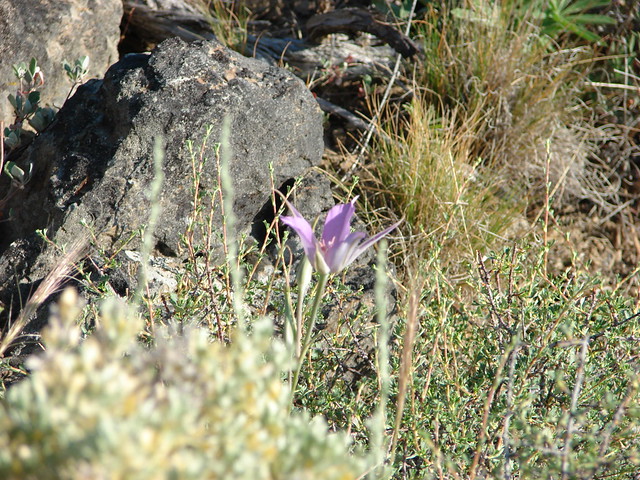 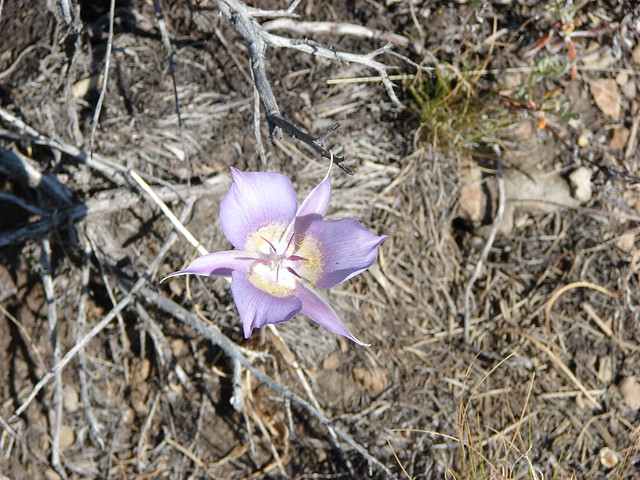 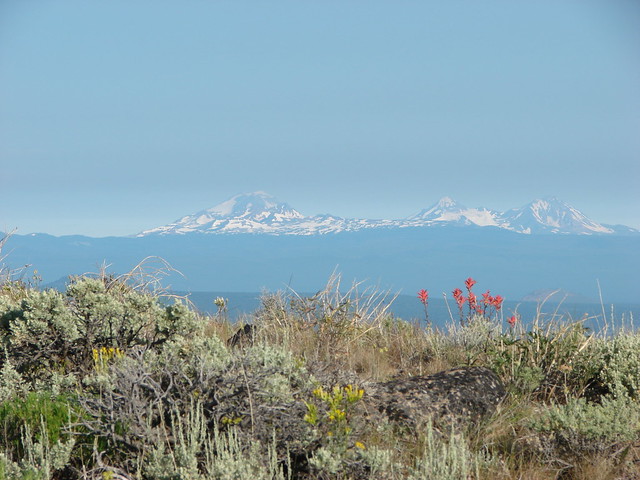 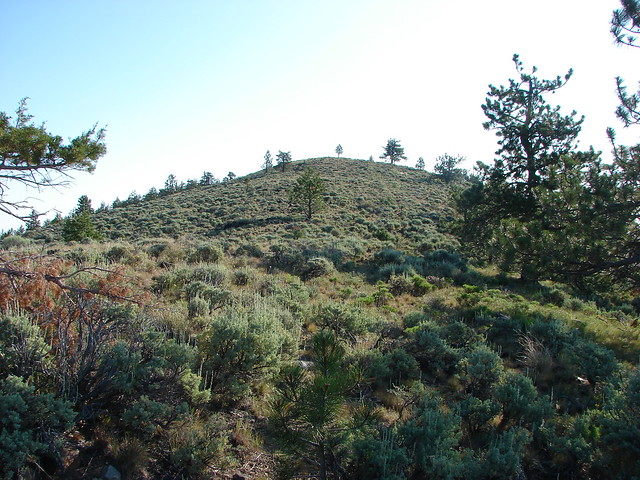 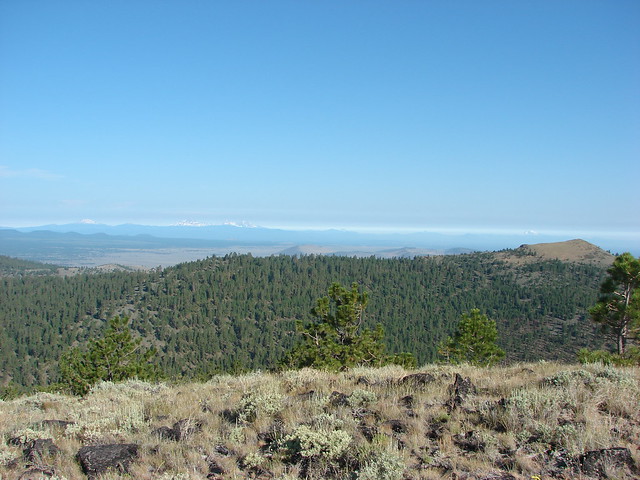 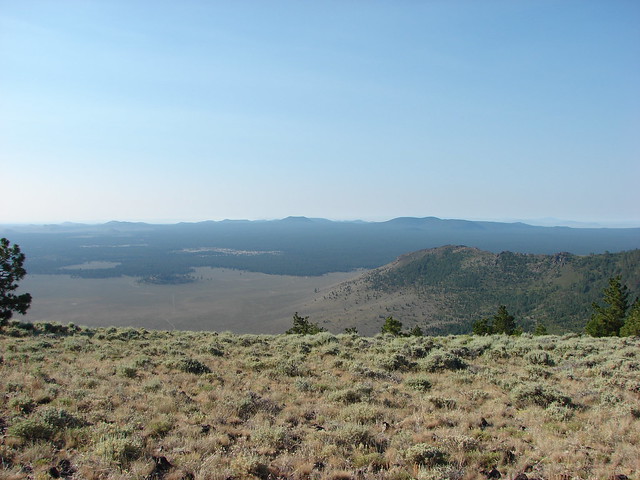 The 6509′ summit of Pine Mountain was marked by a single wooden post. 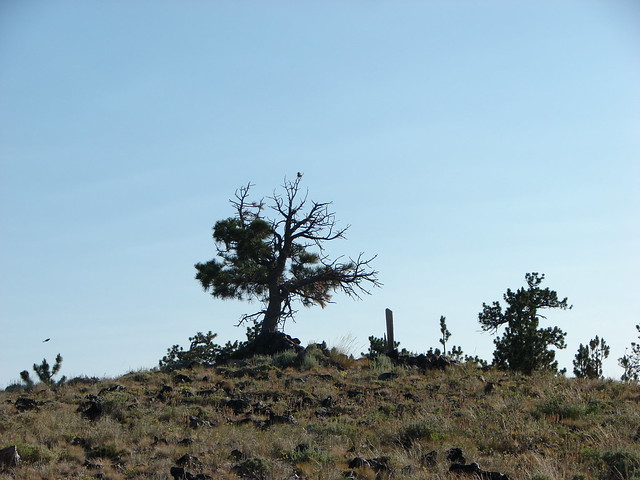 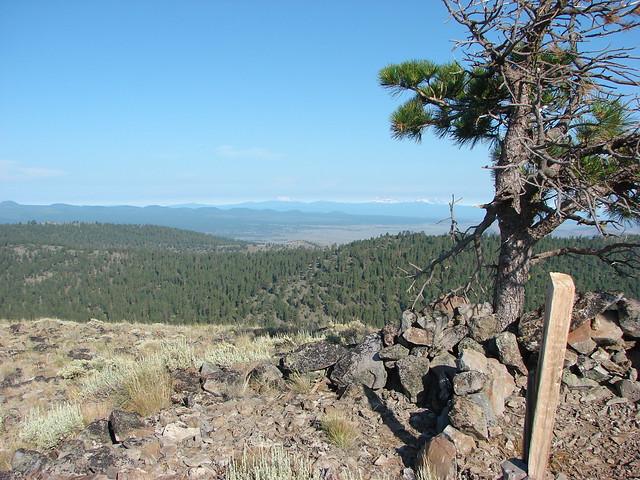 We continued on from the summit following a ridge NE. Near the base of another rocky outcrop we picked up an old cat track that wound around the left side of the rocks. Here the mountain coyote mint fairly blooming nicely. 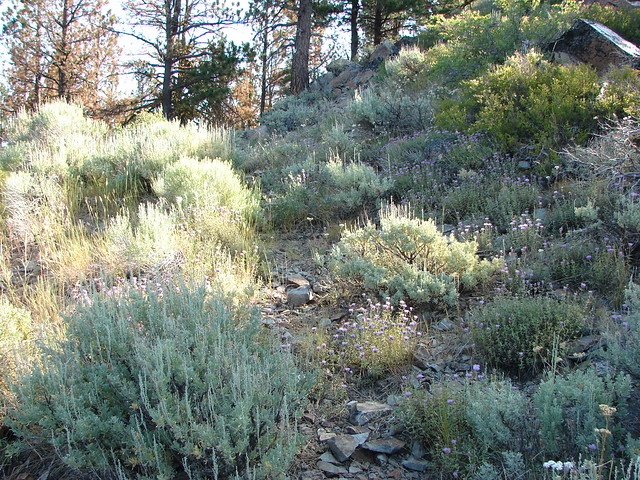 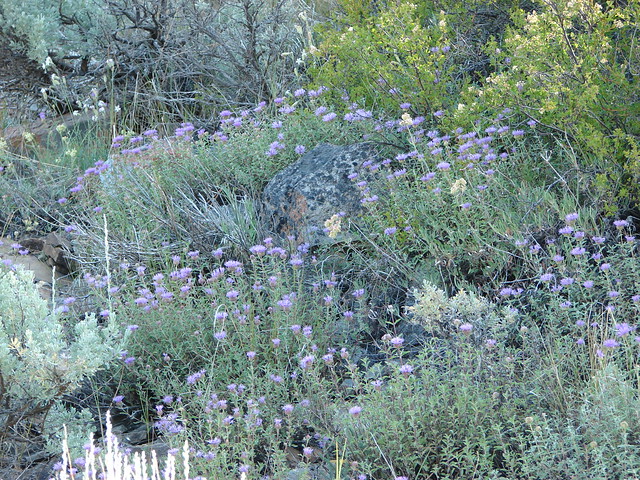 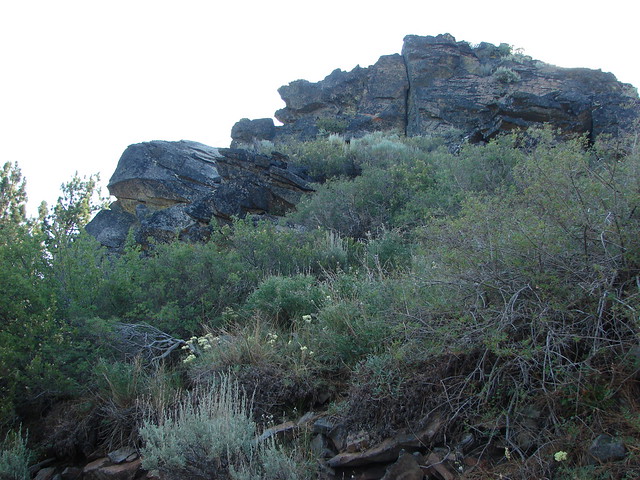 Just .7 miles from the summit we reached the top of another rise on the mountain and another wooden post. 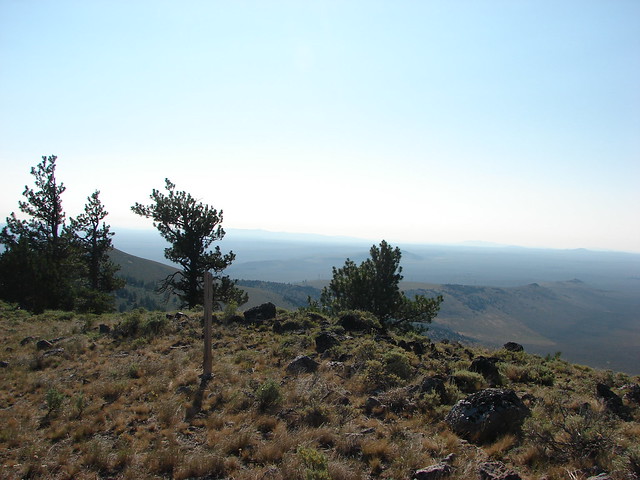 For some reason the view here was a little better than the previous two high points and we could make out a faint Mt. Hood far to the NW. 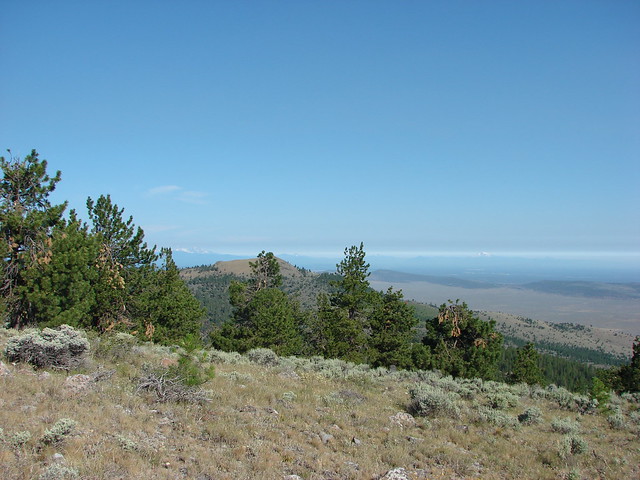 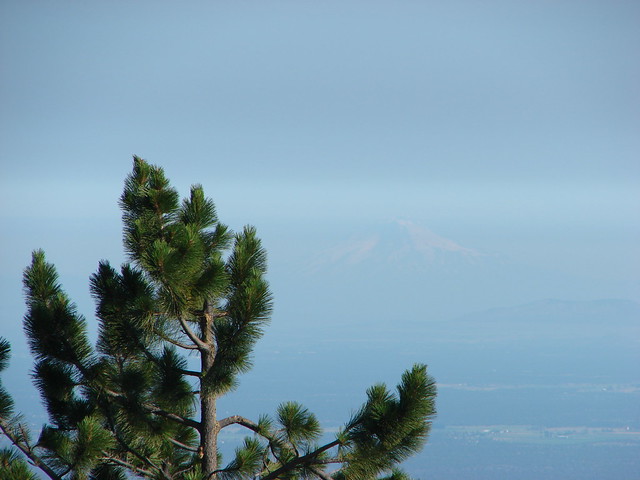 A ridge extended even further east which we could have followed a little over a mile and a half further to a final hilltop with some radio towers, but we were trying to keep the mileage down and it would have meant an additional 500′ of elevation gain so after a nice break we started back.

On the way back up to the summit one of my favorite scenes occurred. The wooden post and a single tree stood alone on the sagebrush summit with the rocky face of Paulina Peak on the horizon. 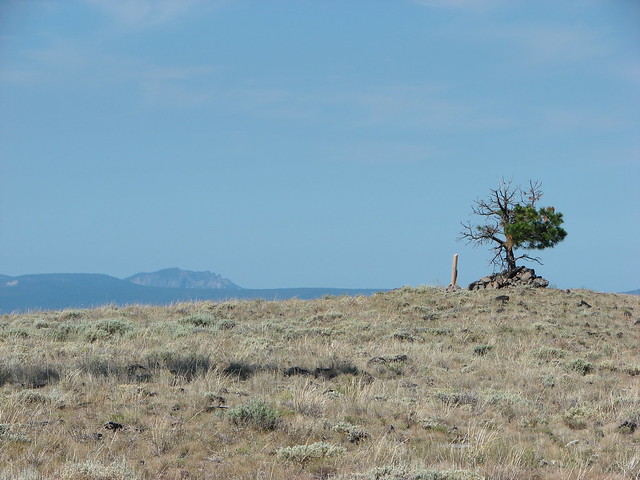 We returned to the gravel road which we then followed all the way back to the parking lot at the observatory instead of climbing back up and over the first hill. The round trip was a little over 5.5 miles with around 1100′ of elevation gain. We were in the midst of a week long hiking vacation and had wanted something scenic but not too taxing and Pine Mountain had delivered. Happy Trails!

[…] Valley to do along the way. We had done the Oregon Badlands twice (post post) and Pine Mountain (post) previously. These were the only hikes that were listed in our “100 Hikes/Travel Guide […]