After spending Saturday and Sunday of Memorial Day weekend in Bend we were hoping to get home fairly early on Monday. We wanted to beat the holiday traffic and needed to run a couple of errands but we also wanted to sneak a quick hike in. The 2.3 mile Independence Rock loop was a perfect fit. The trail starts on Marion Creek Road just a hundred yards after turning off of Highway 22 across from the restaurant at Marion Forks. We parked on the shoulder of the road across from the trail sign for the Independence Rock Trail. 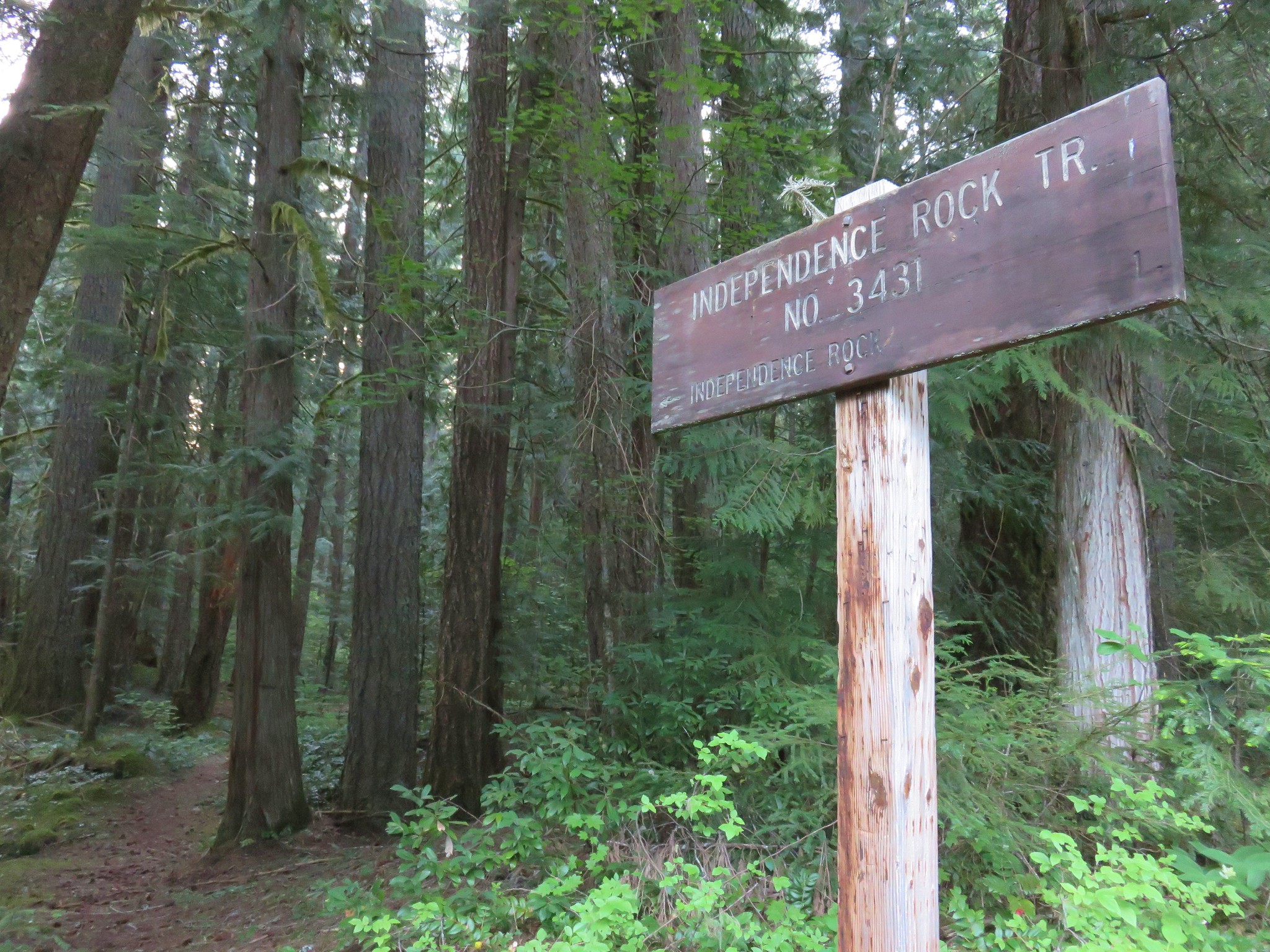 The trail started off in a green forest filled with yellow Oregon grape and various white woodland flowers. 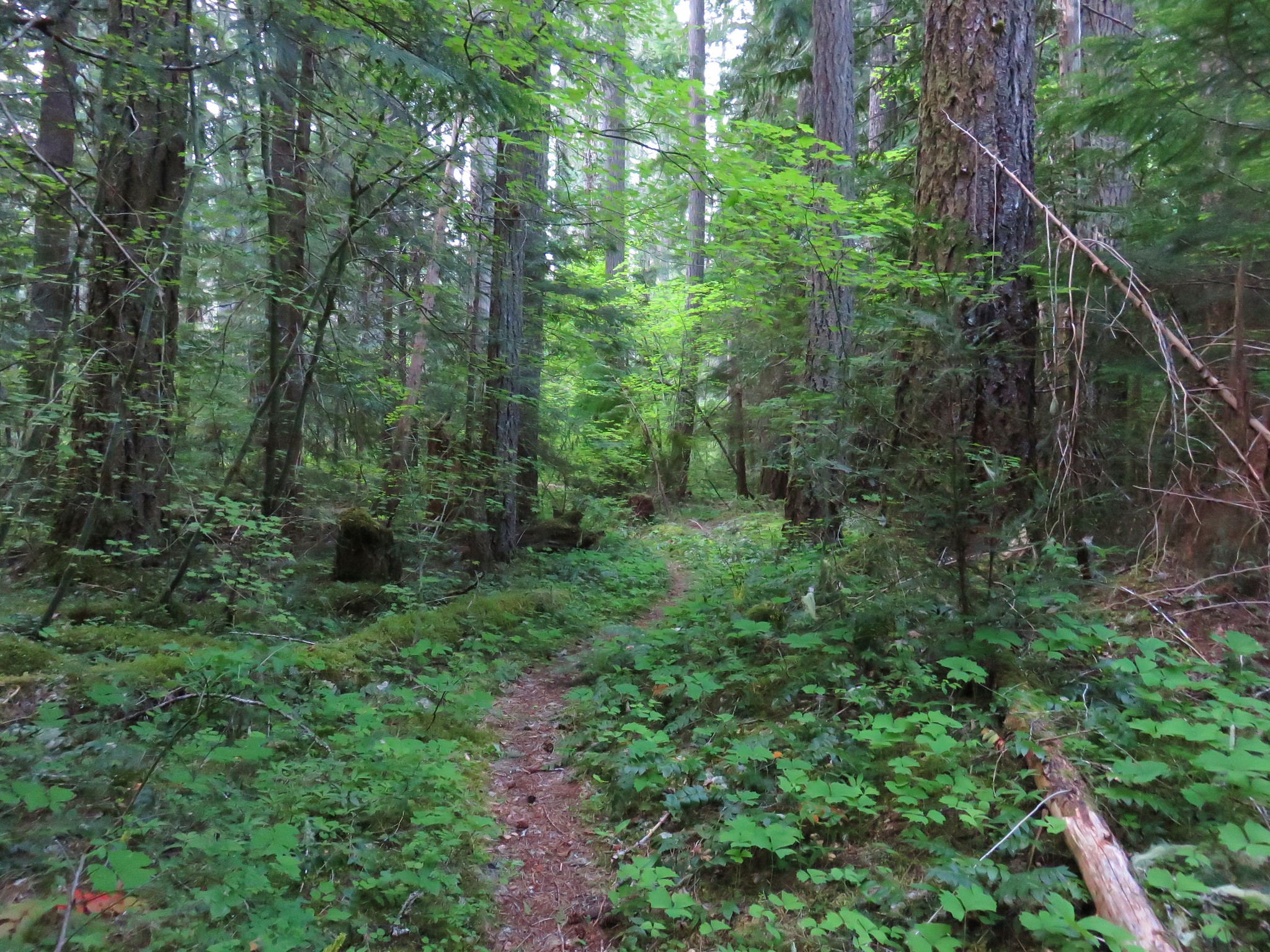 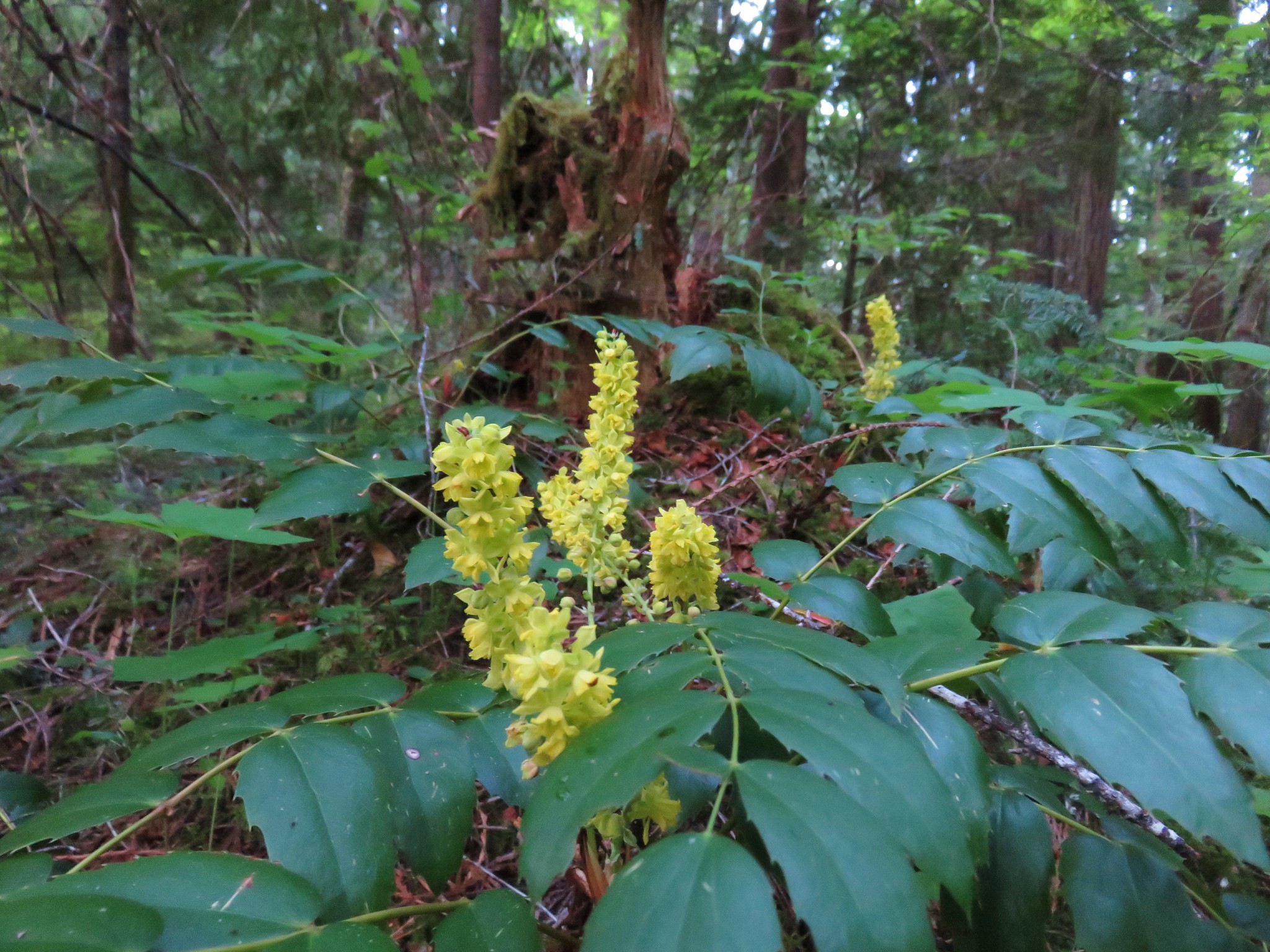 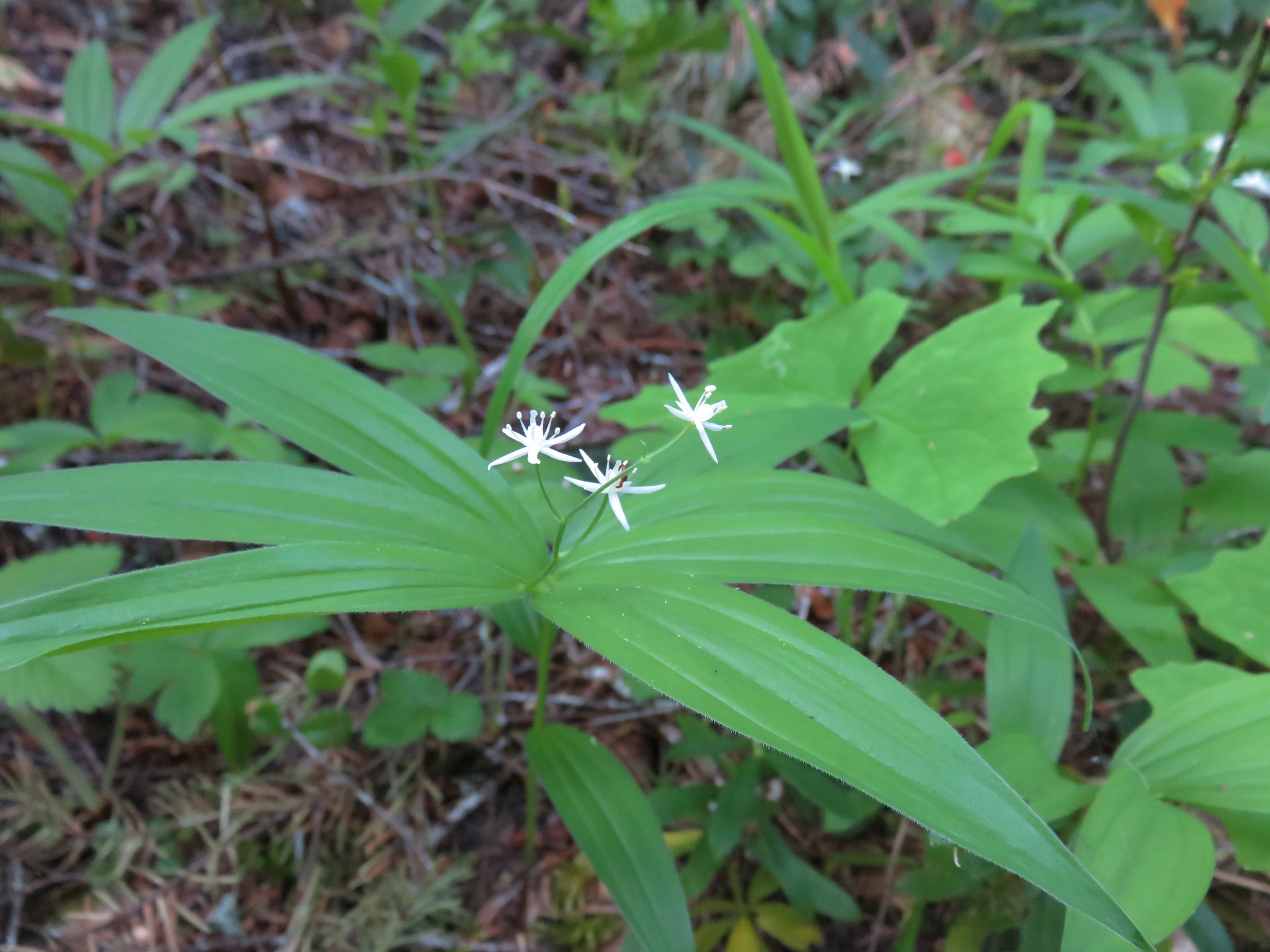 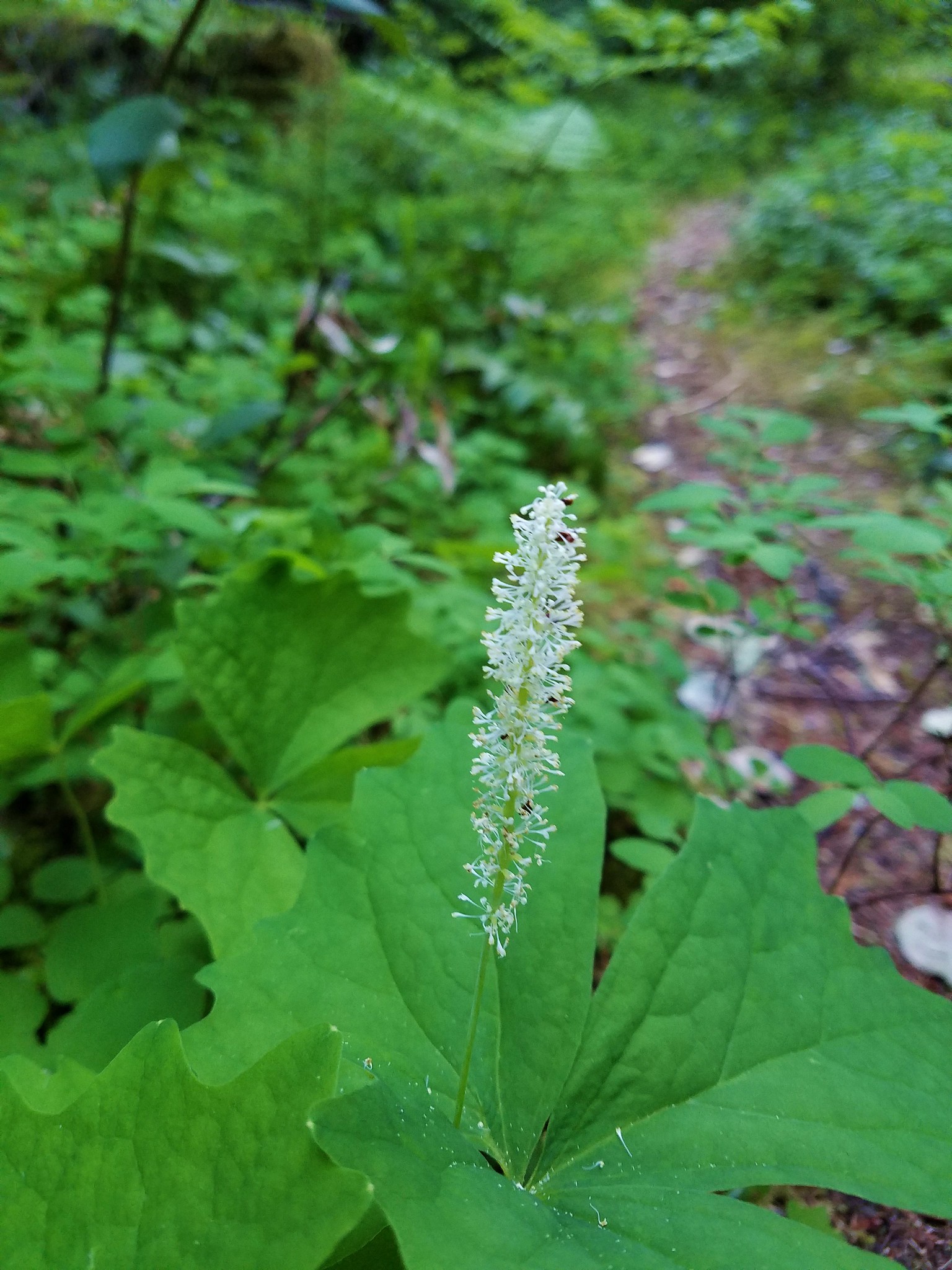 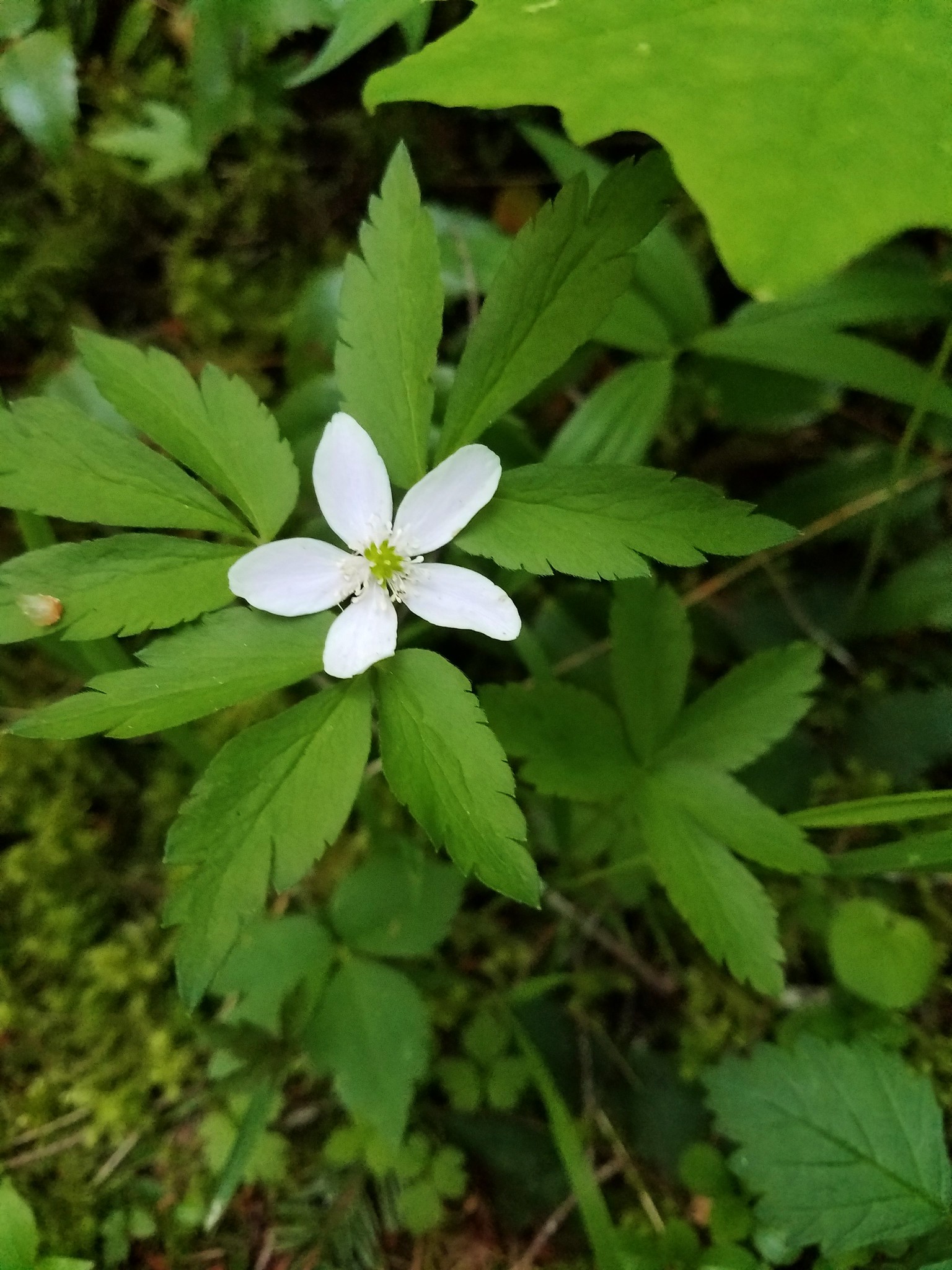 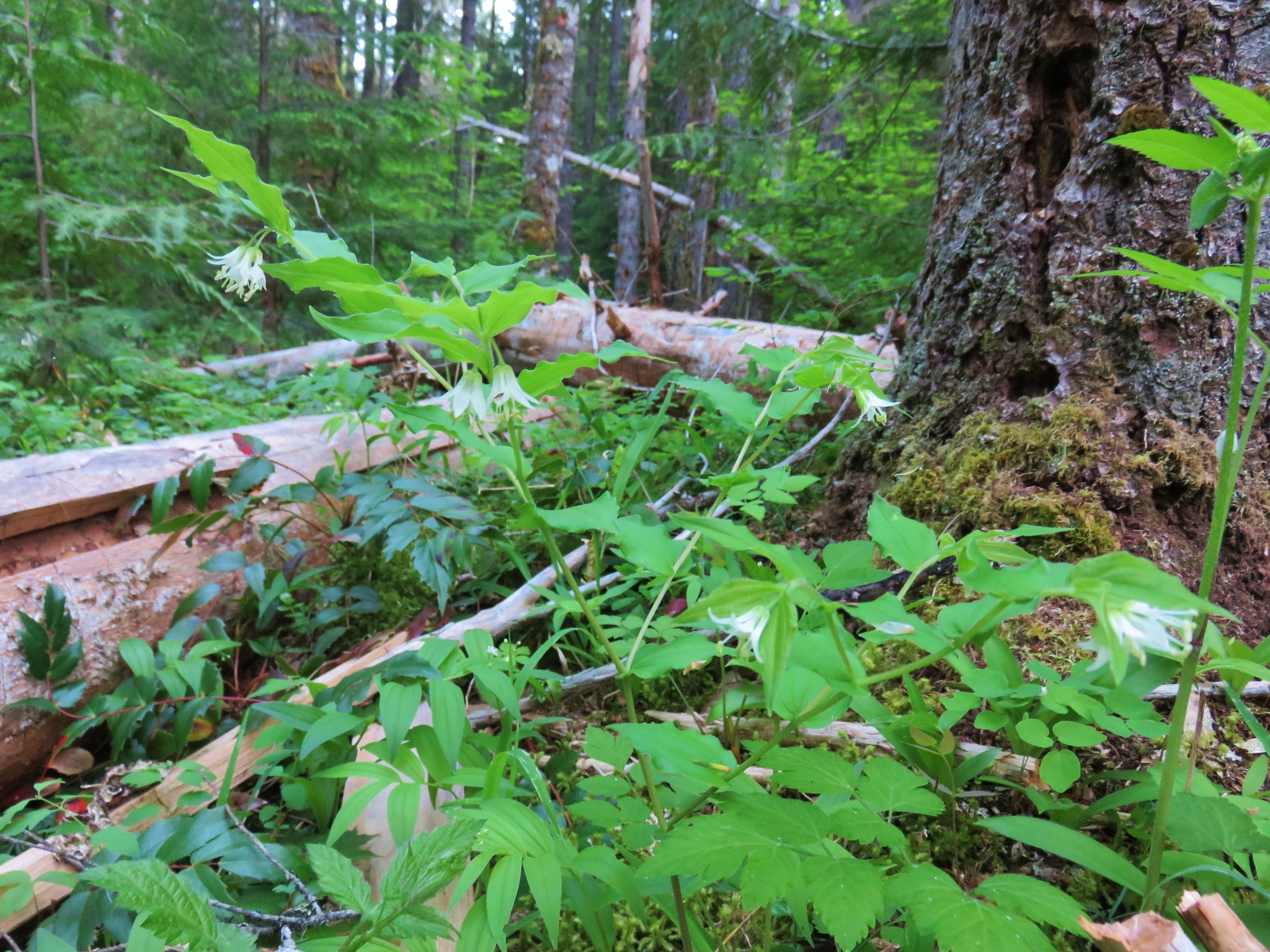 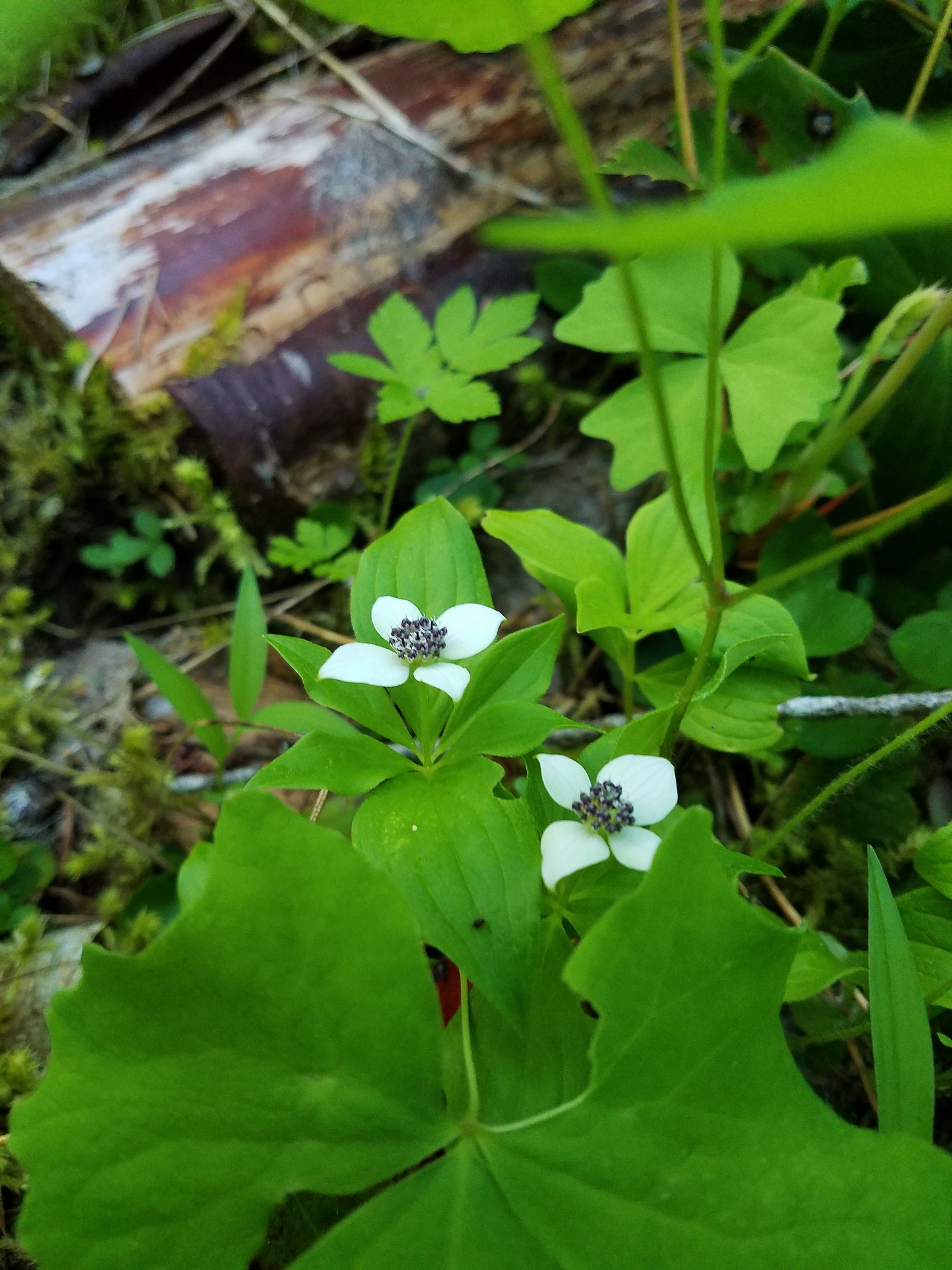 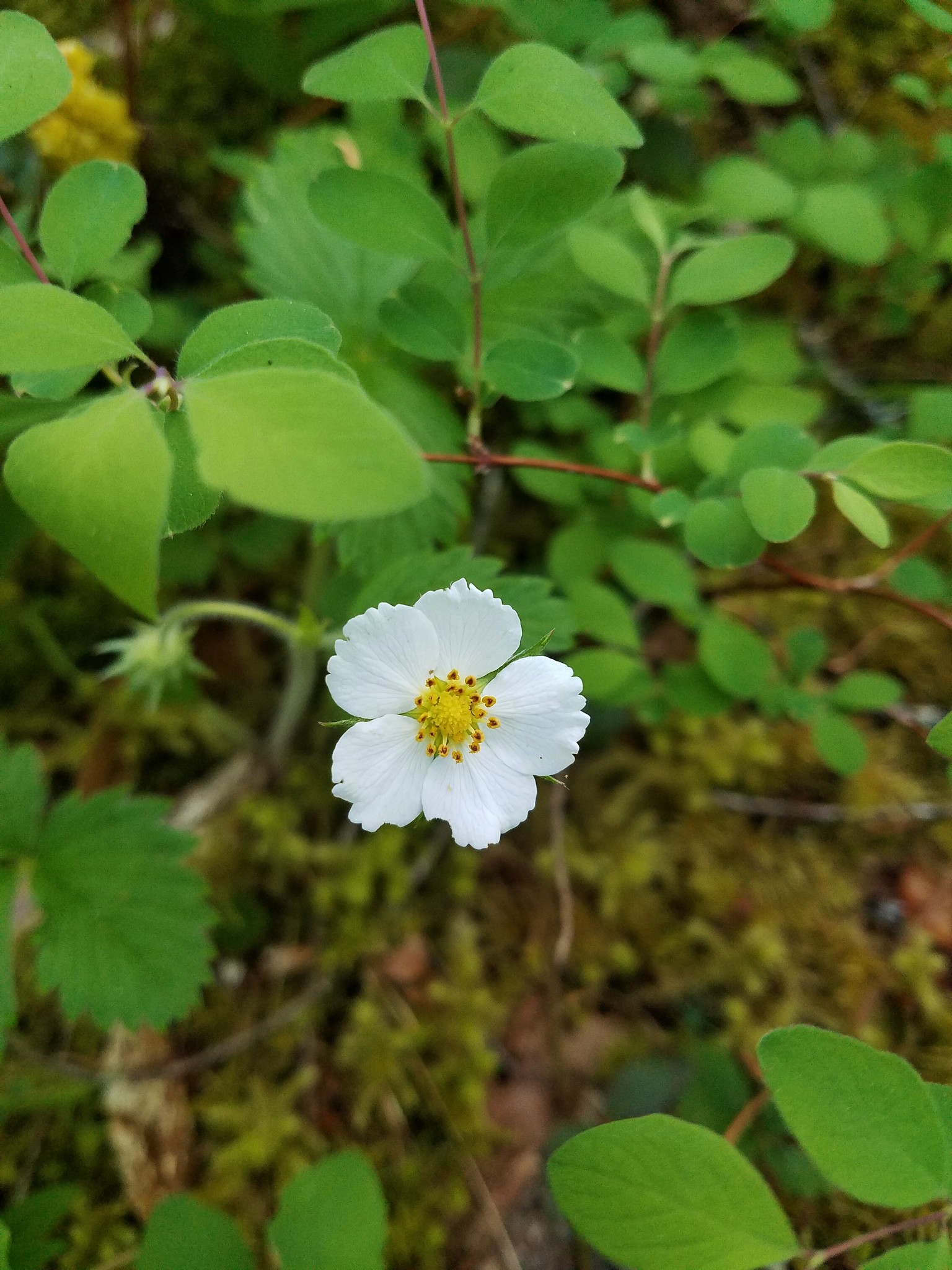 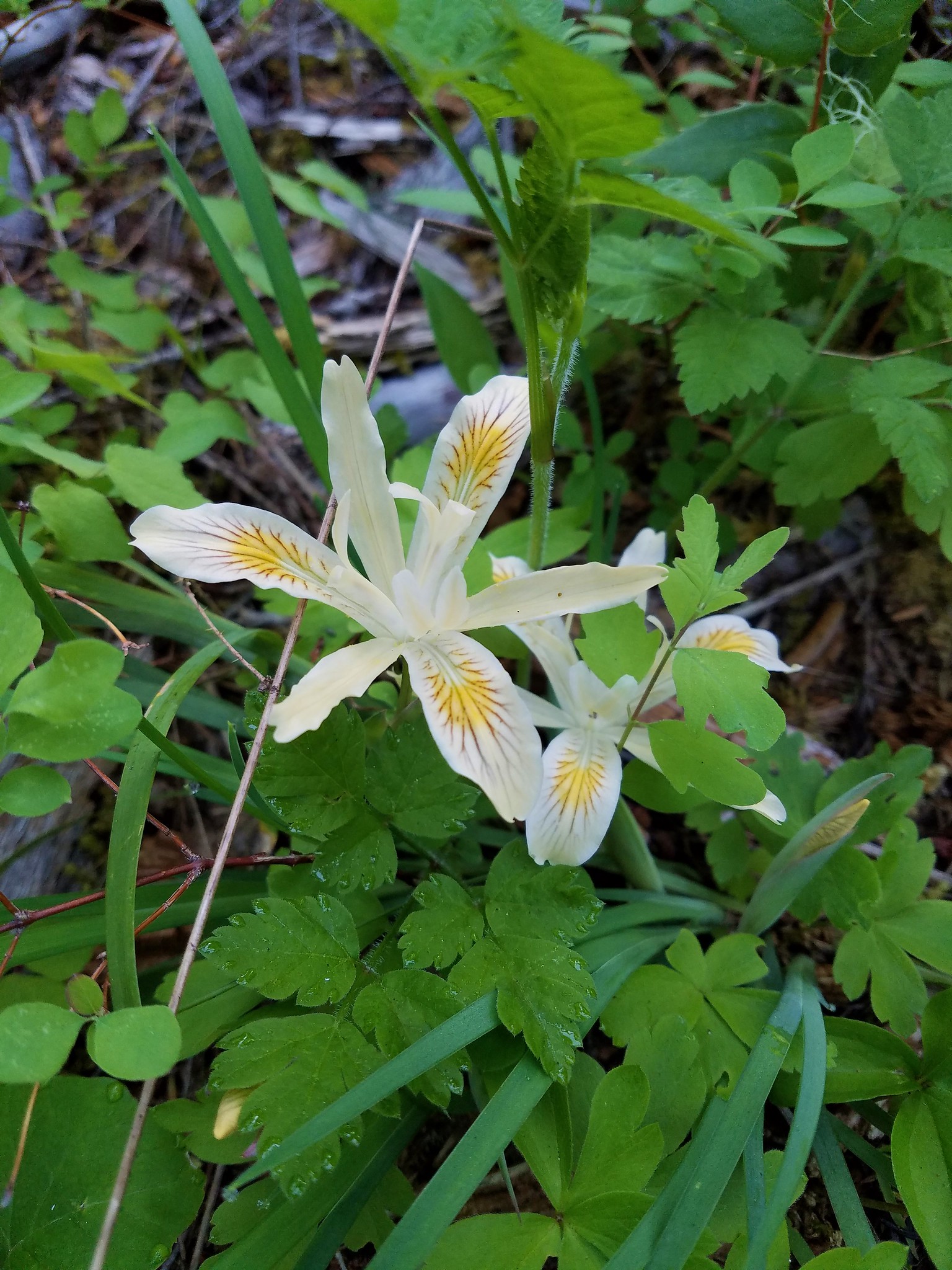 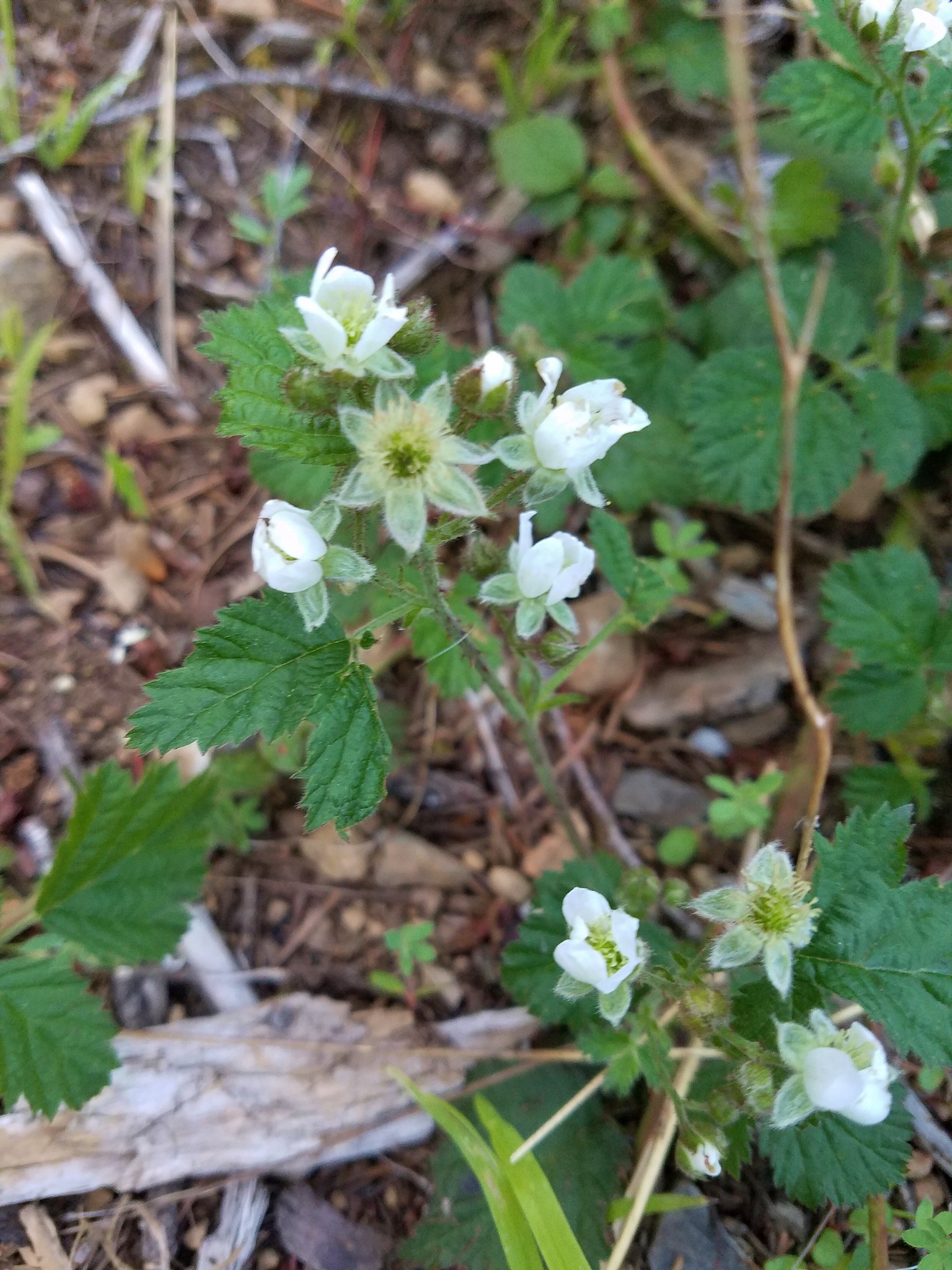 The trail then passed through an area that had been previously logged. 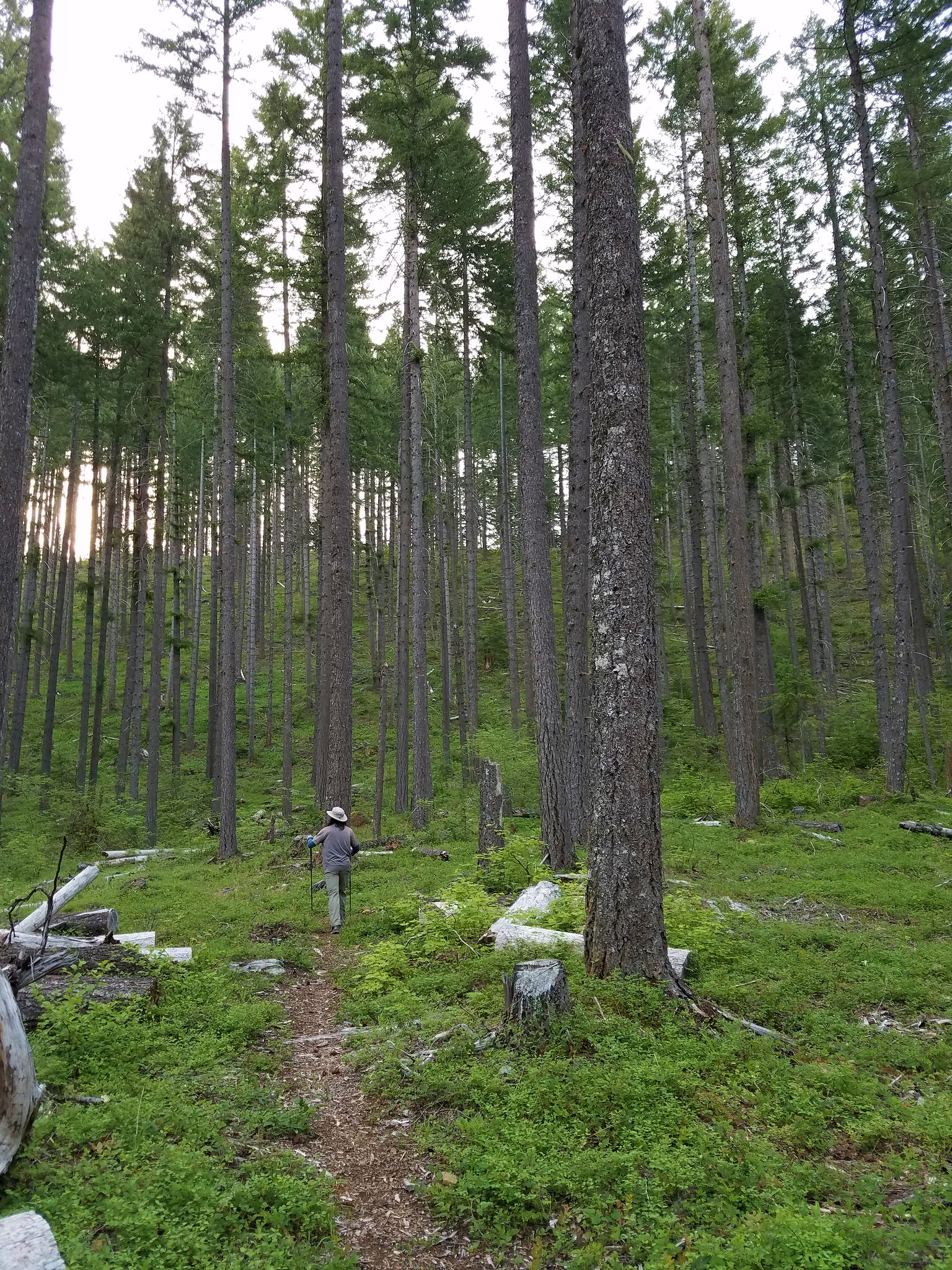 The trail then headed uphill via a series of switchbacks and worked its way around to the backside of the hill. 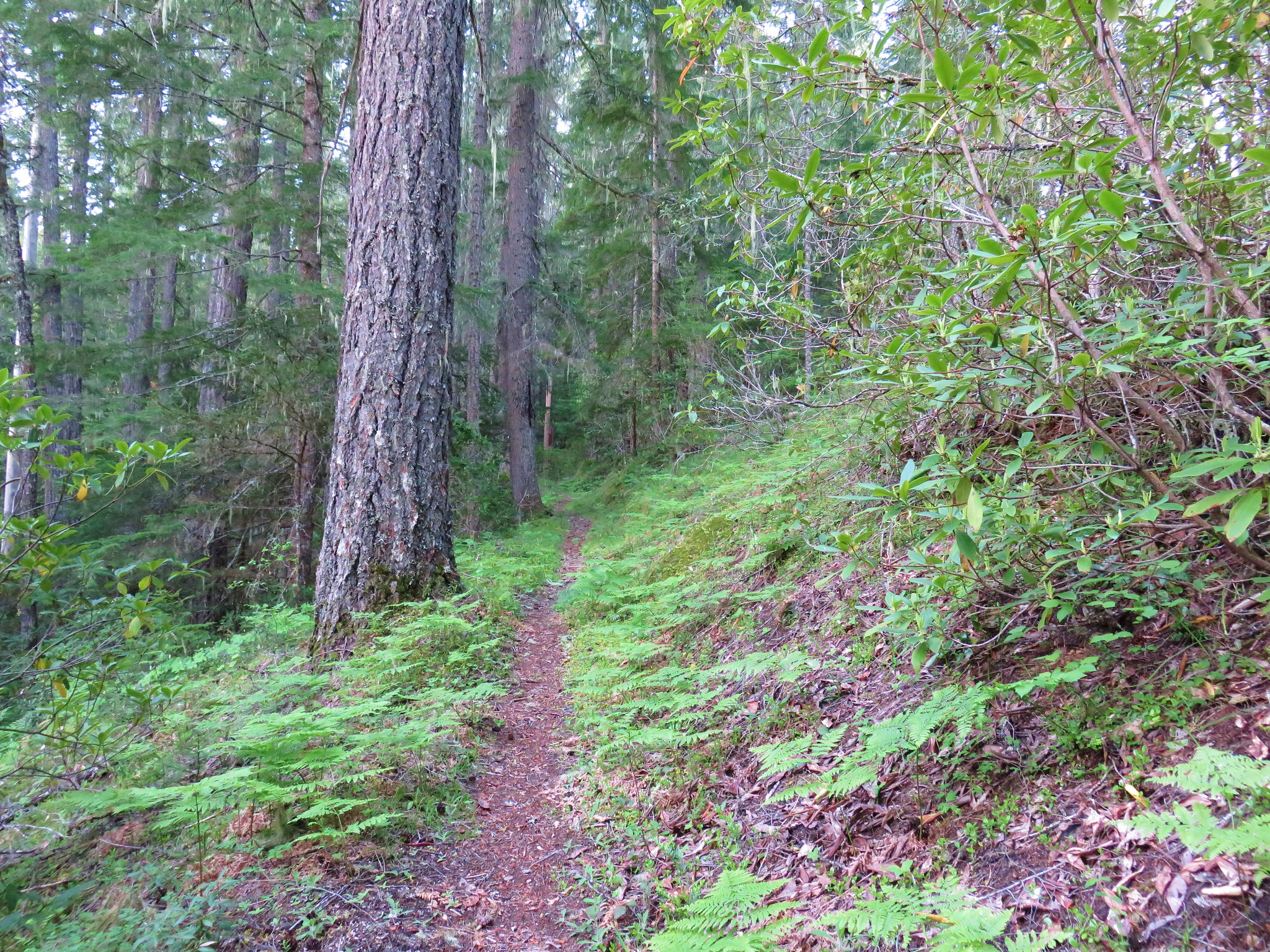 Near the 1 mile mark Independence Rock, a basalt outcrop, came into view up to our right. 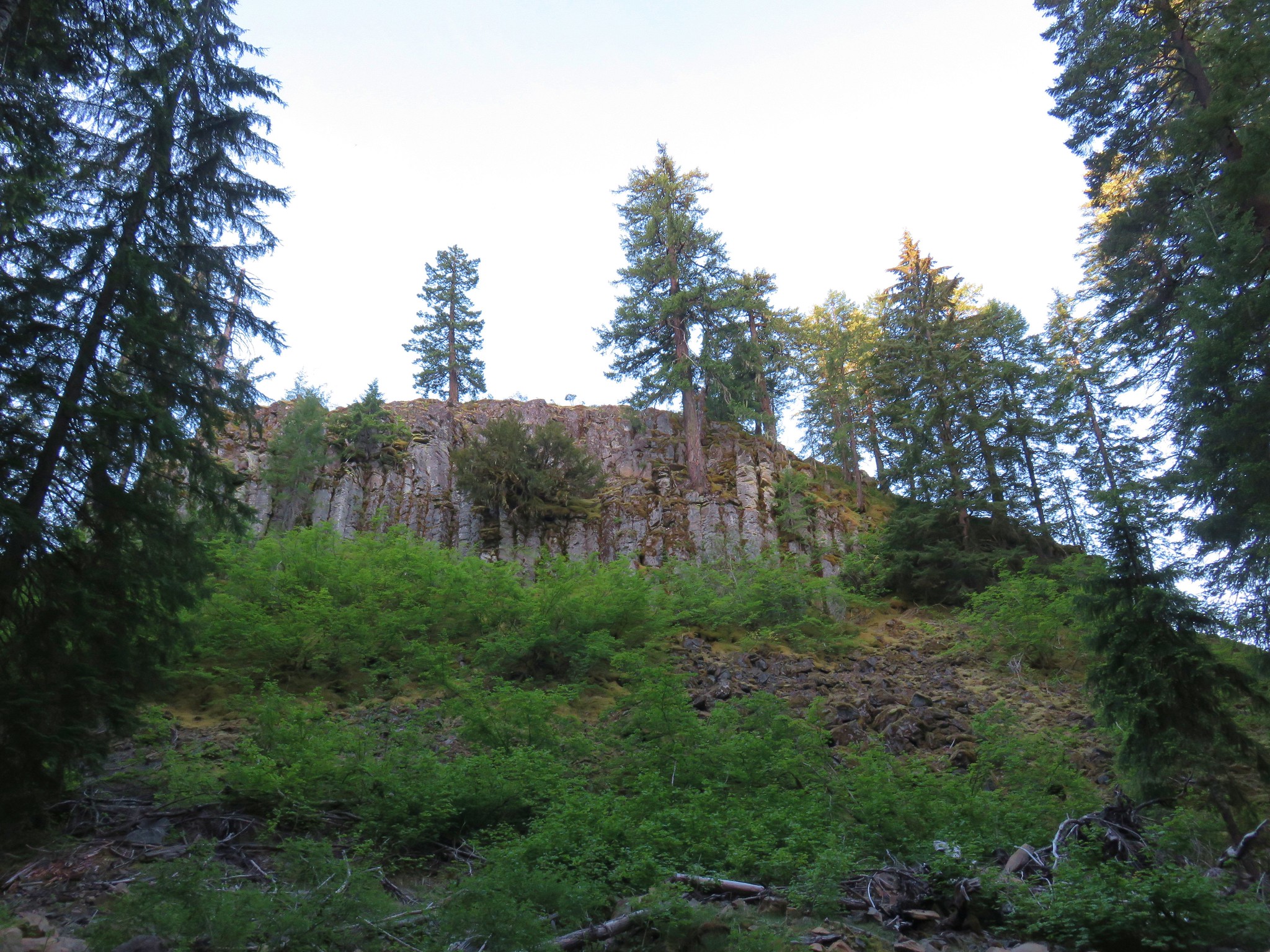 The trail arrived at the base of the rock on the far end where a unmarked trail to the right led up to the top of the rock. 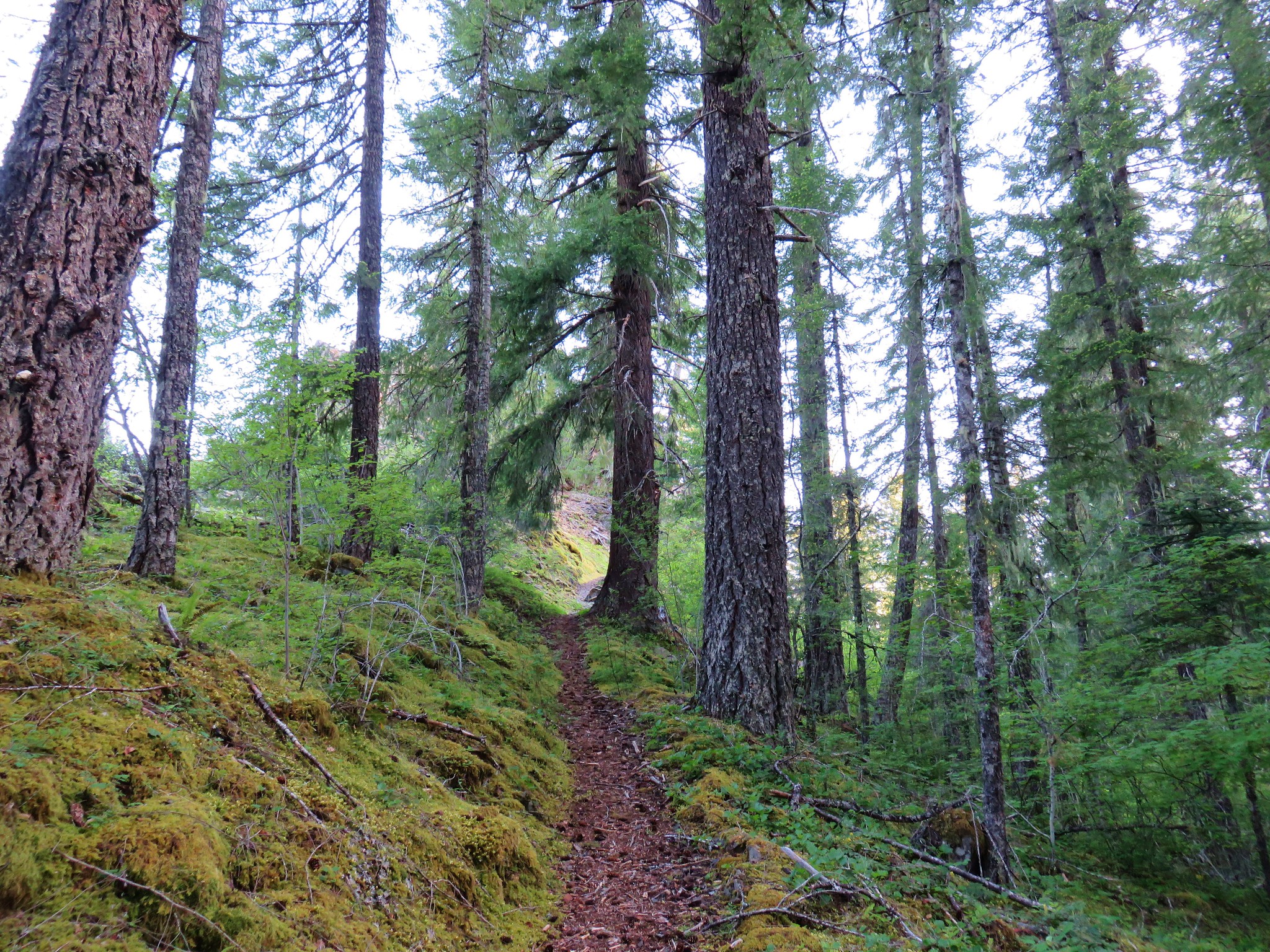 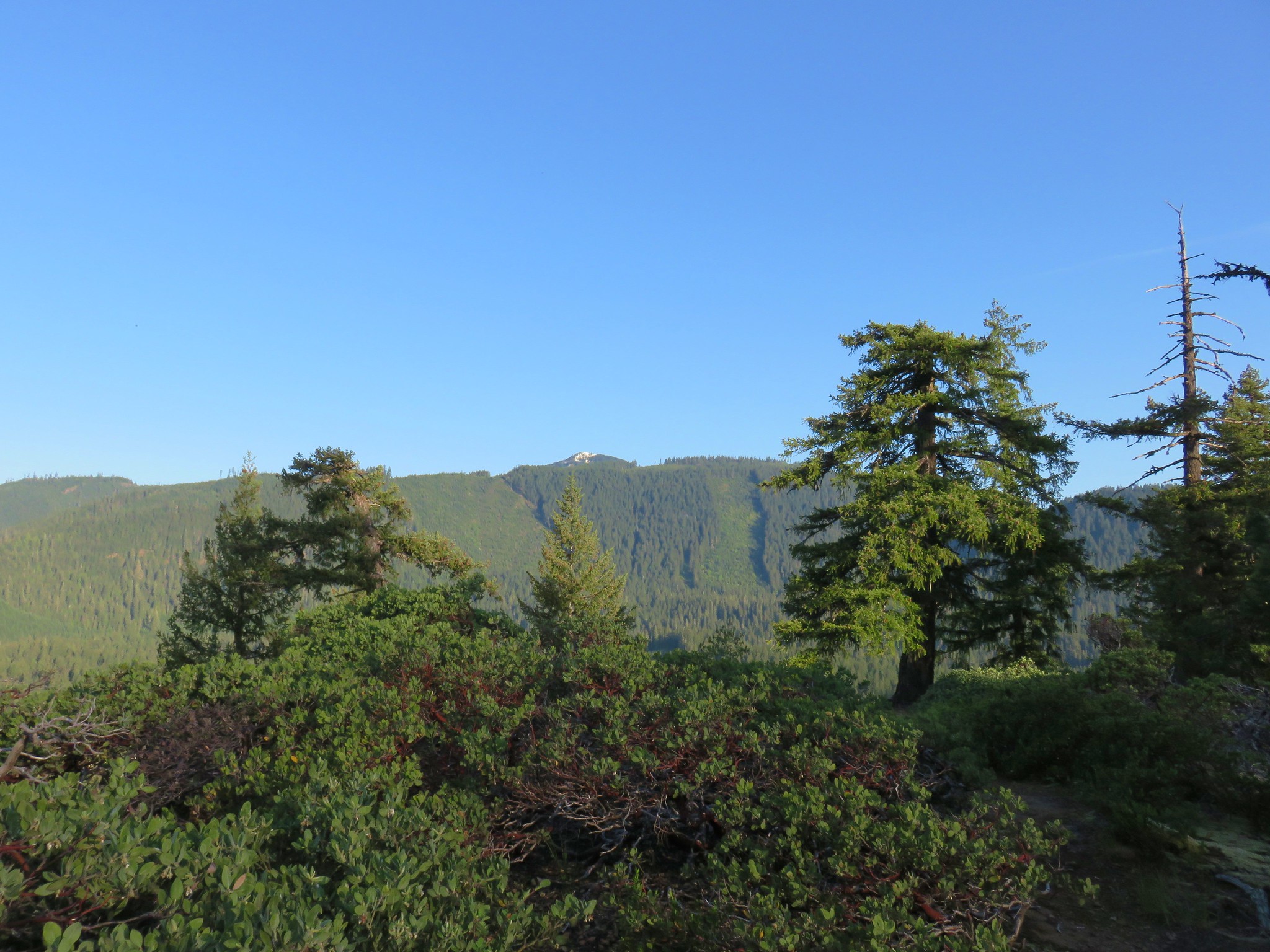 The view from the top wasn’t anything spectacular but we could see the tip of Three Fingered Jack rising above a snowy ridge in the Mt. Jefferson Wilderness. 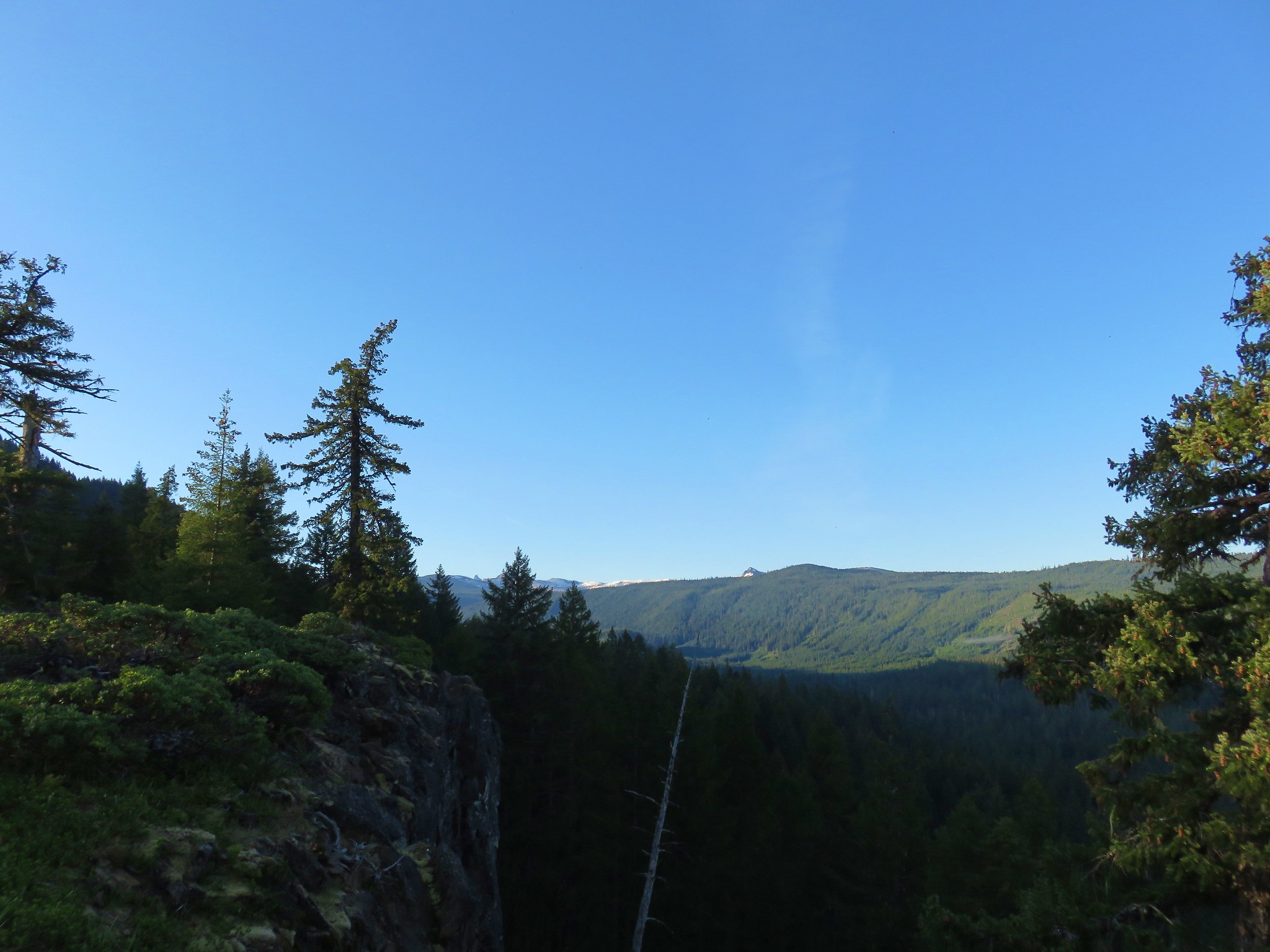 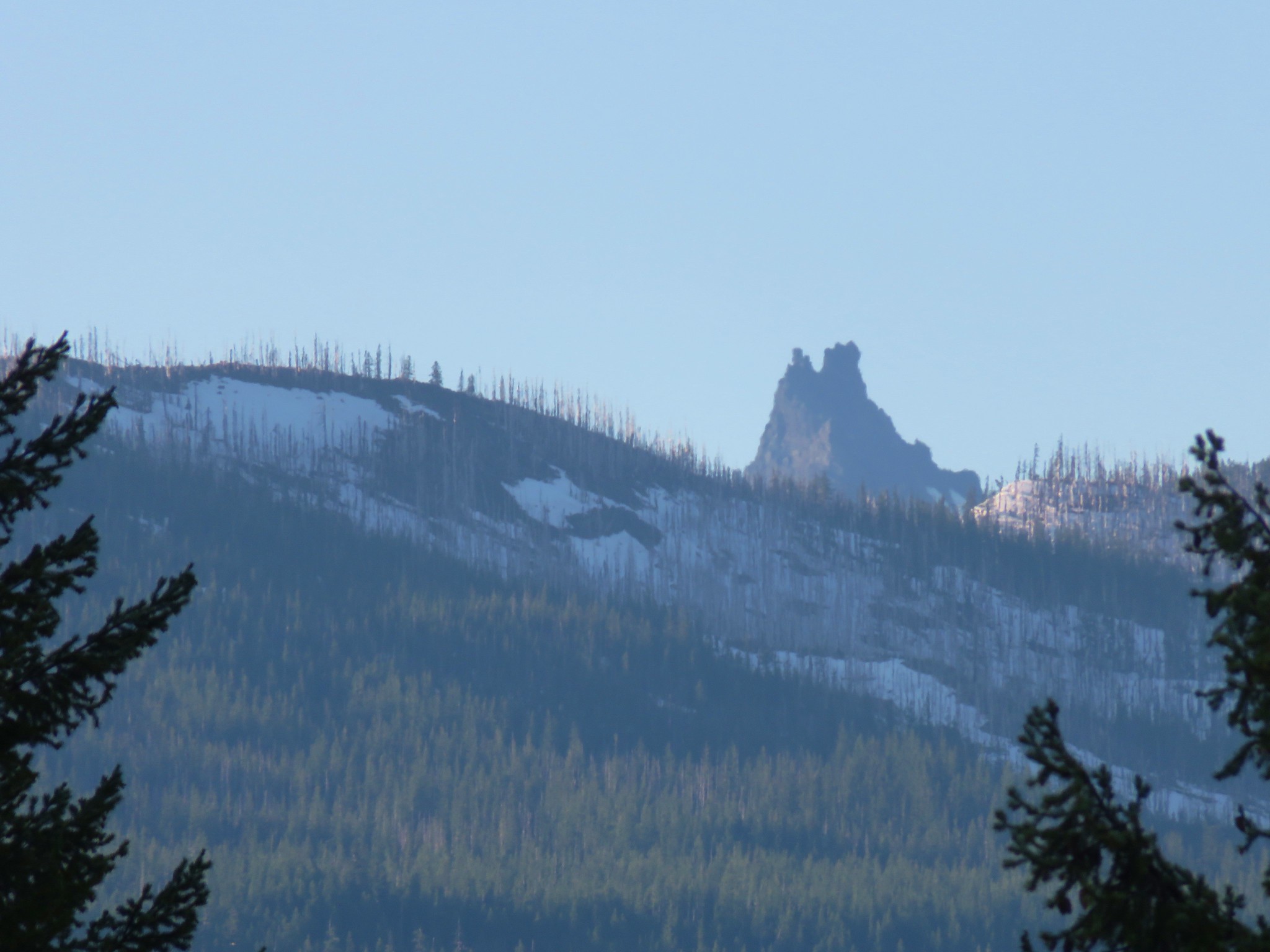 It was only 6:45am but we weren’t the first ones up on the rock. 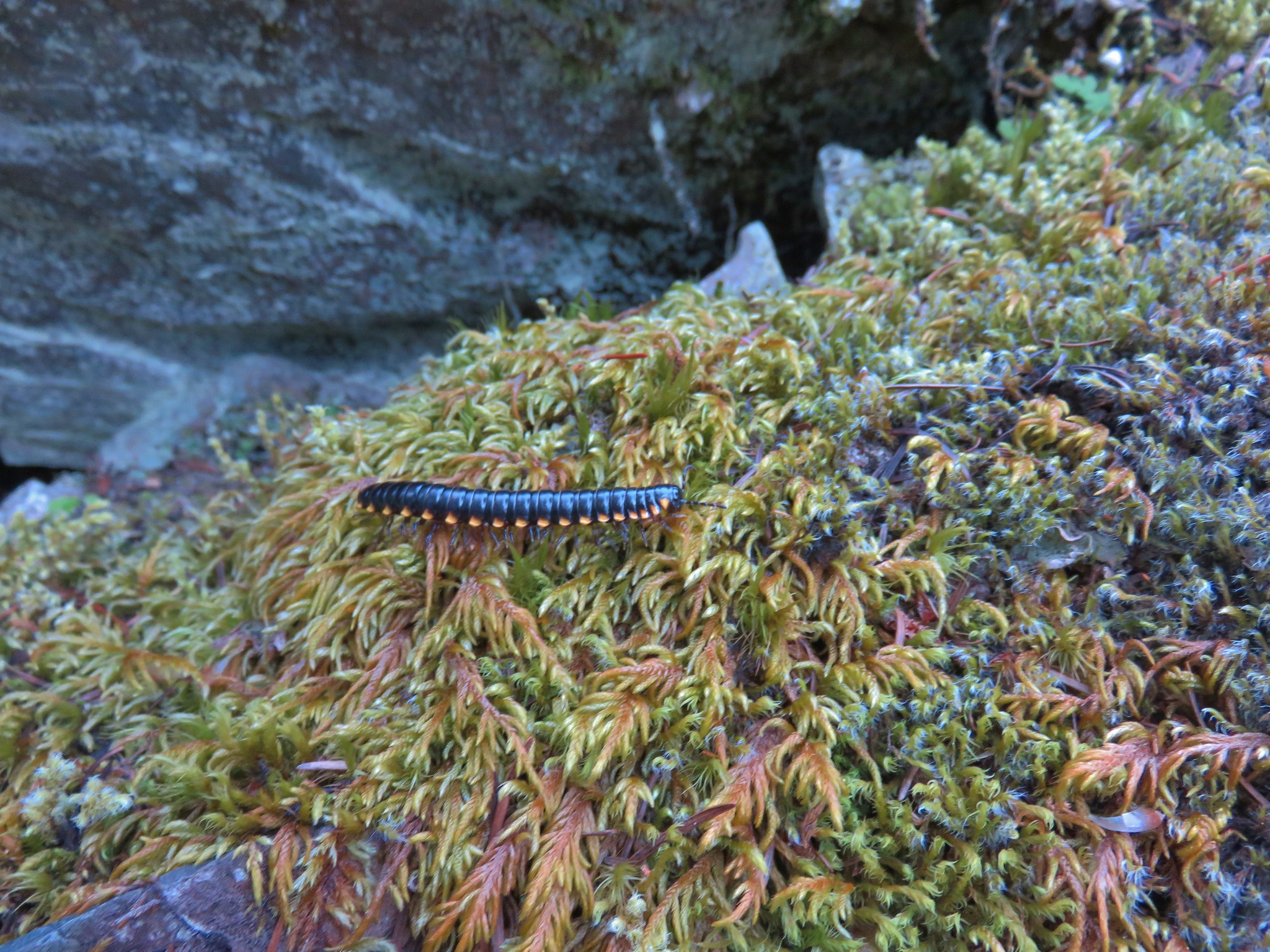 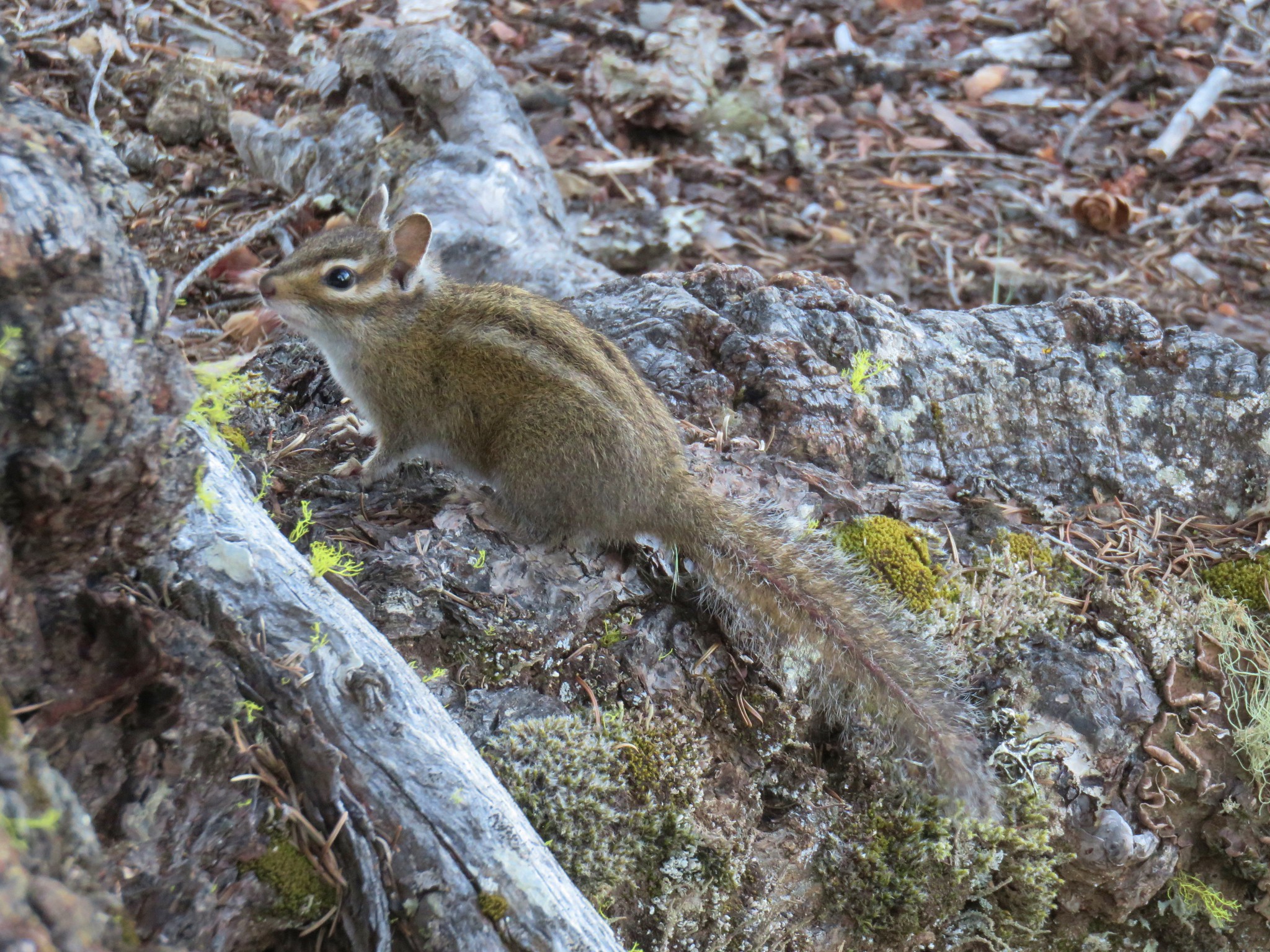 After descending from the rock we continued on the loop briefly following a ridge which had also been logged before descending back into thicker forest. 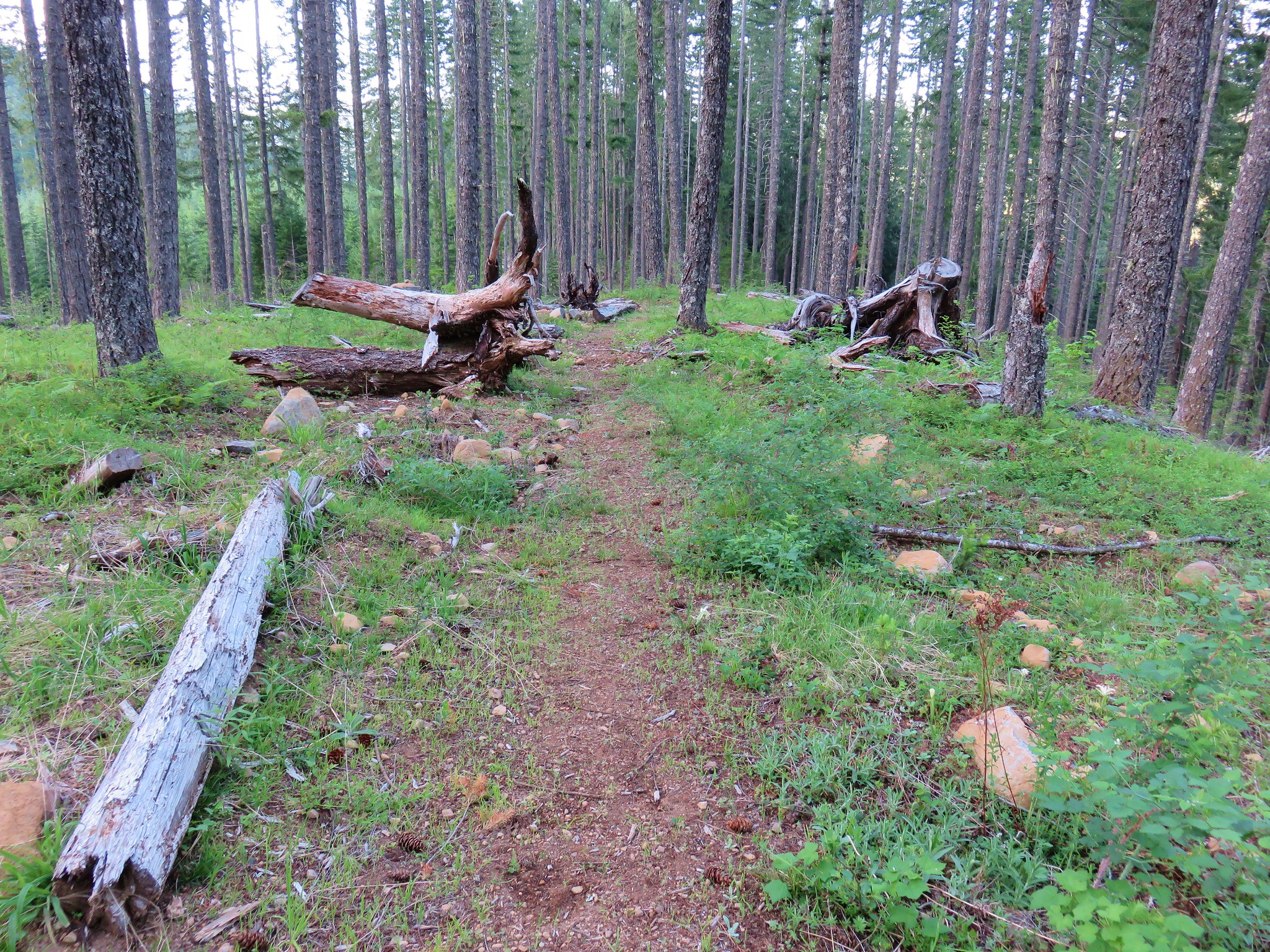 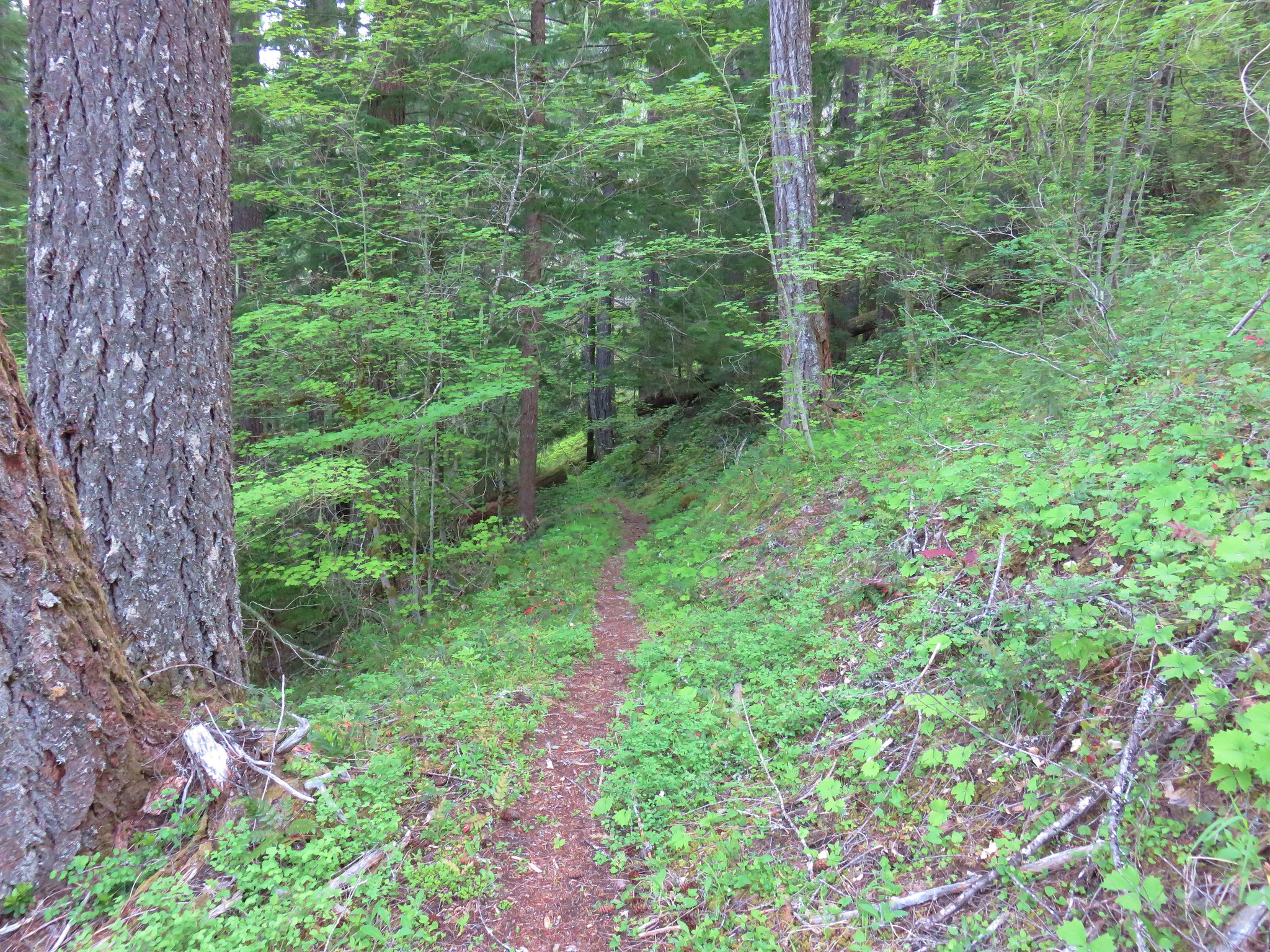 The trail ended at Marion Creek Road .4 miles from the where we had started. We simply followed the road back to our car and were back on our way before 7:30. 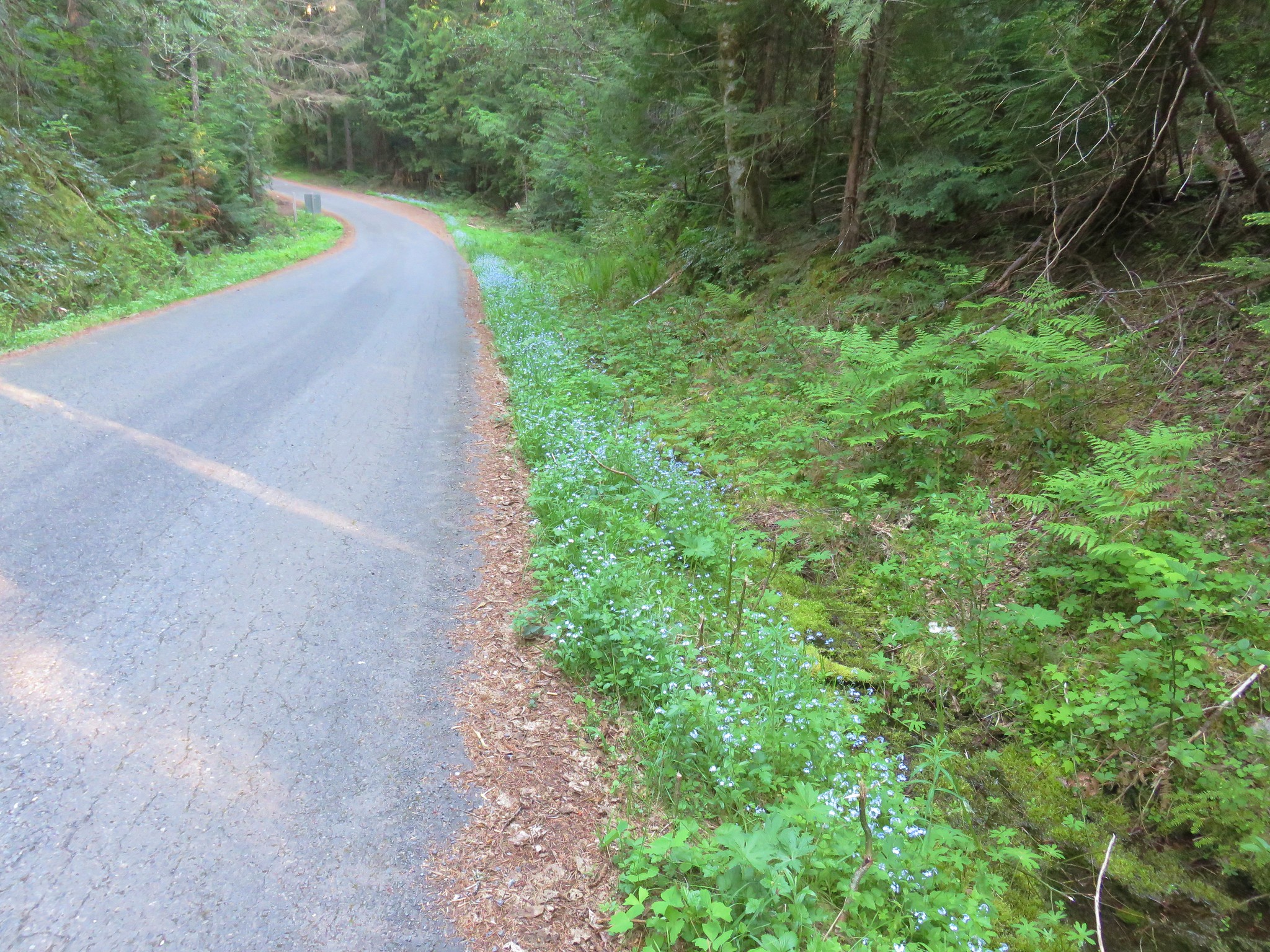 We did indeed beat most of the traffic and we also arrived back in Salem before the stores we needed to go to opened so we did a little impromptu shopping until their doors opened at 10. It may not have had the most breathtaking views but it made for the prefect quick leg stretcher if you find yourself driving between Salem and Central Oregon. Happy Trails!