Before leaving the coast we took one final hike on Tuesday morning. We stopped in Seaside parking at Elvin C. Goodman Park which is located on 12th just west of the Necanicum River. 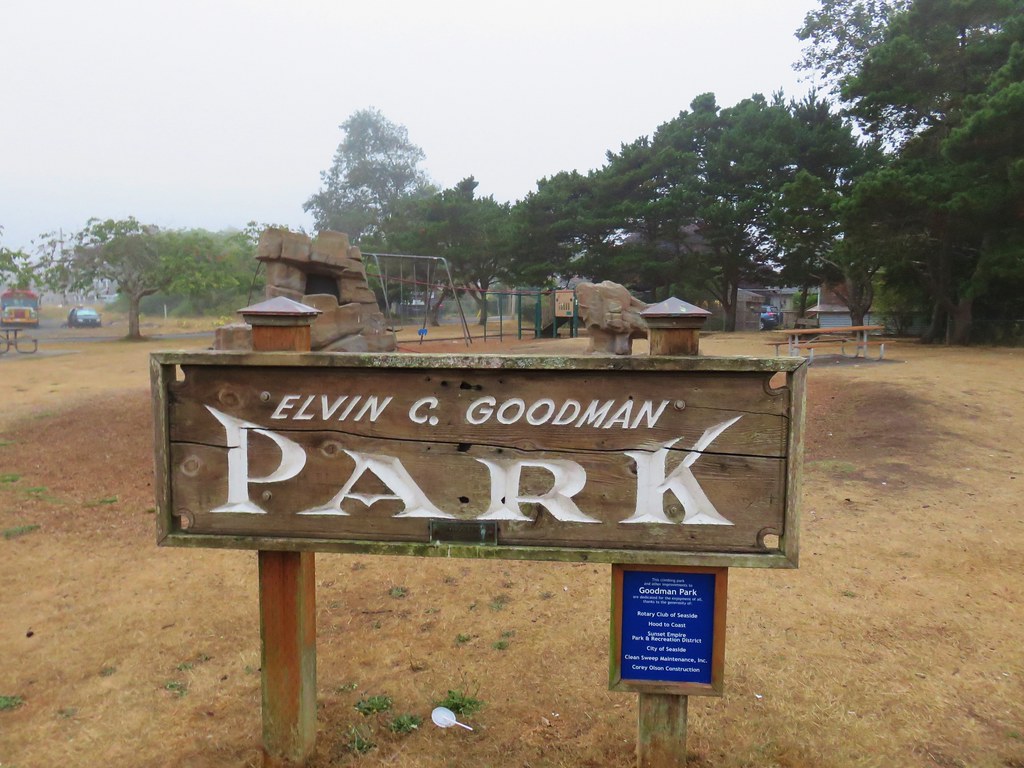 We walked west on 12th St. passing the Seaside Promenade and headed out onto the beach. 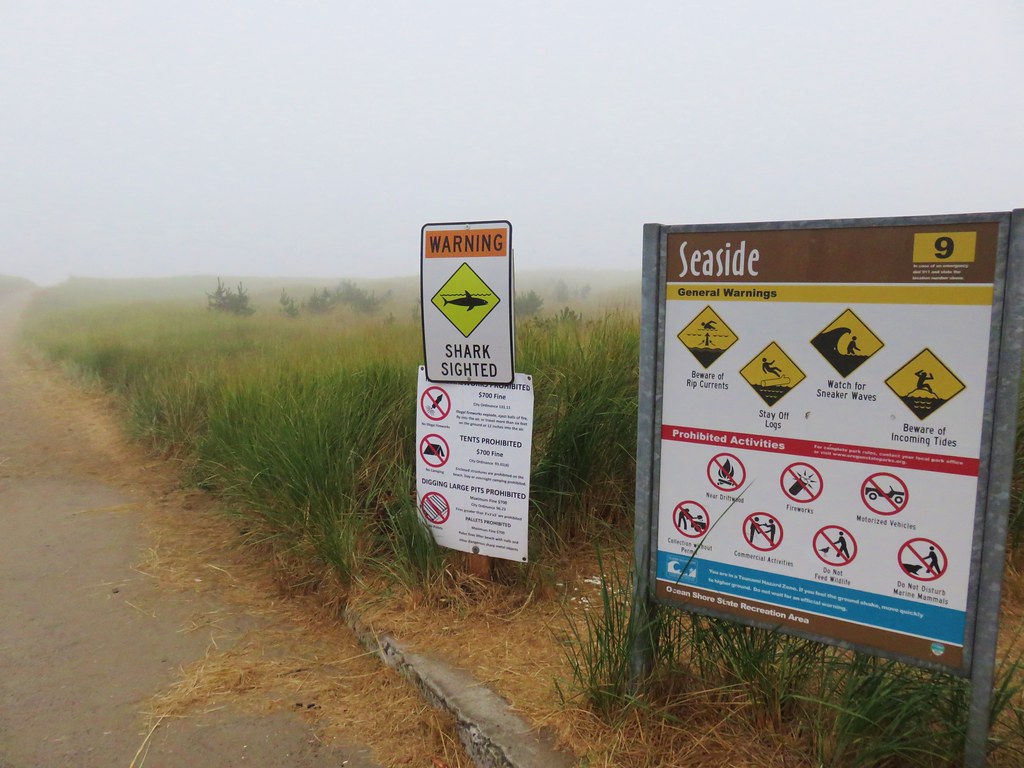 It was a foggy morning and visibility was low so it took us a while to even spot the ocean as we angled to the right toward the mouth of the Necanicum River. 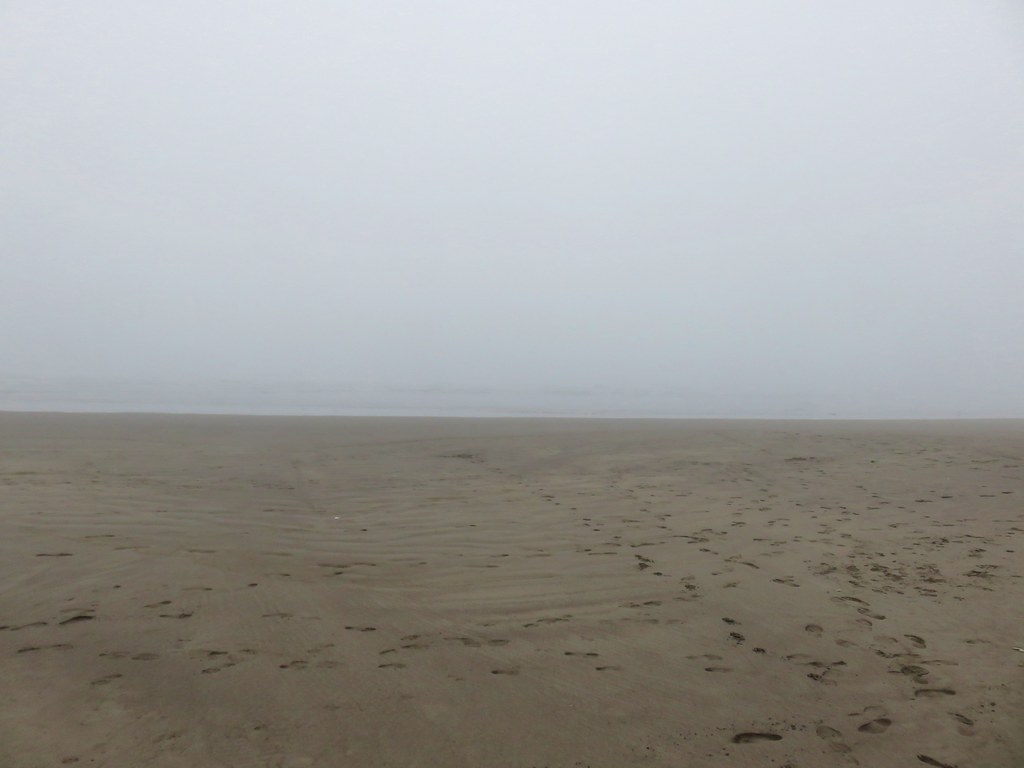 After about a half mile on the beach we arrived at the river where we turned right and followed the bank inland. 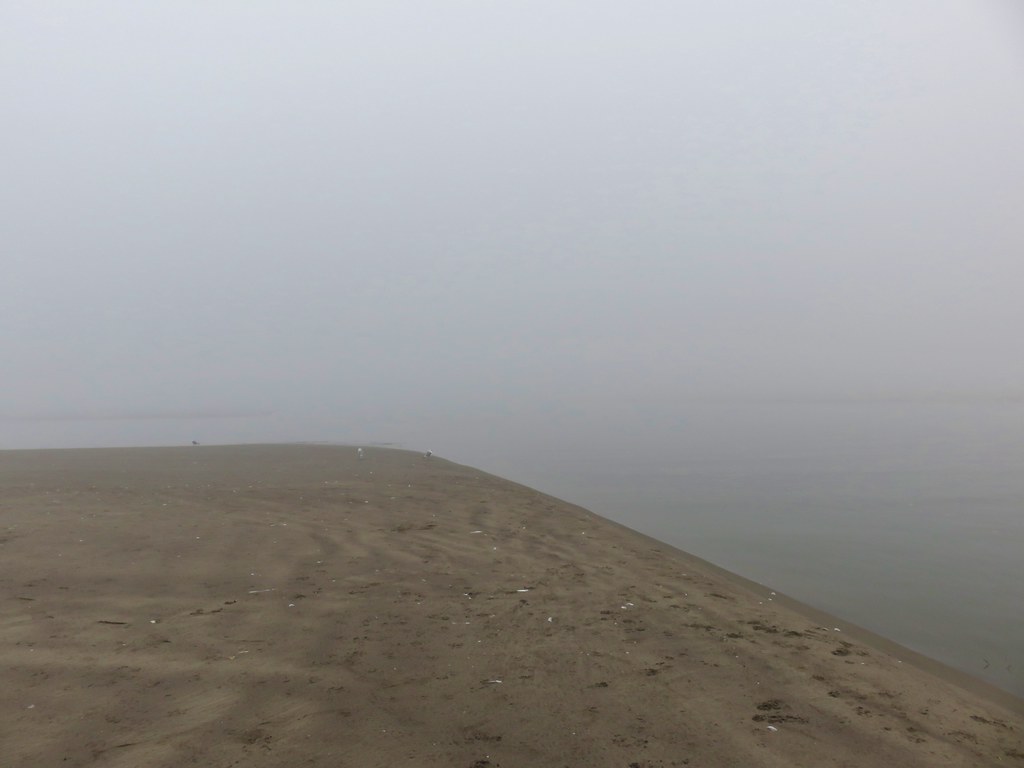 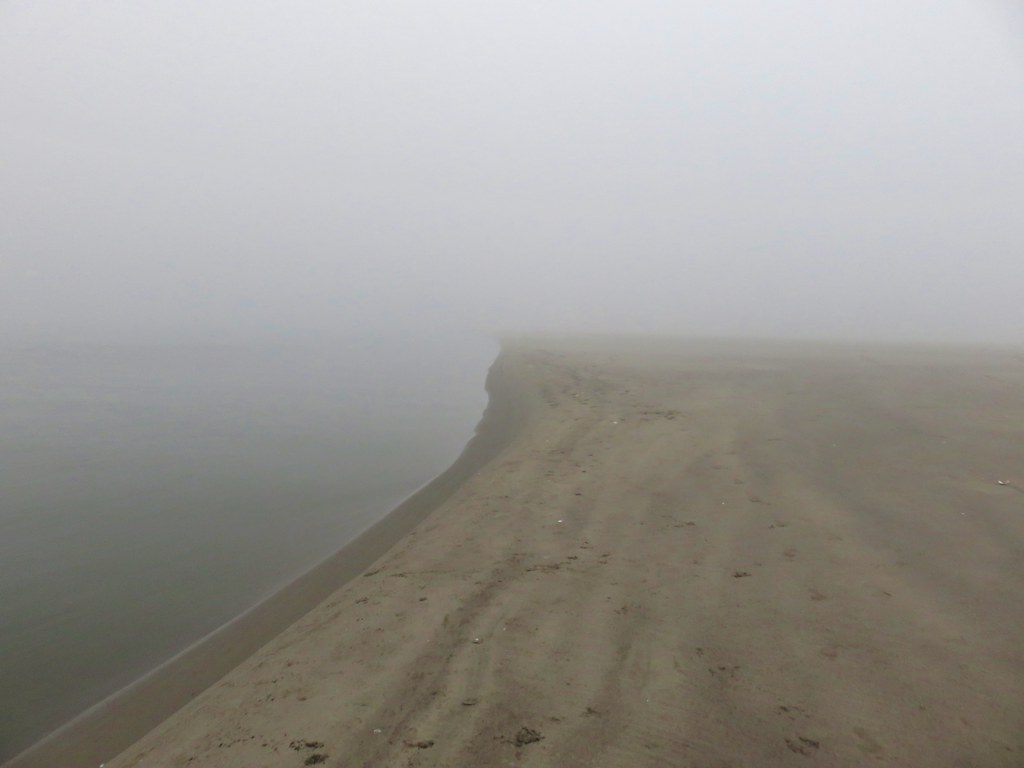 We climbed a low bluff near a sewage plant and followed a clear path to the left around the facility. 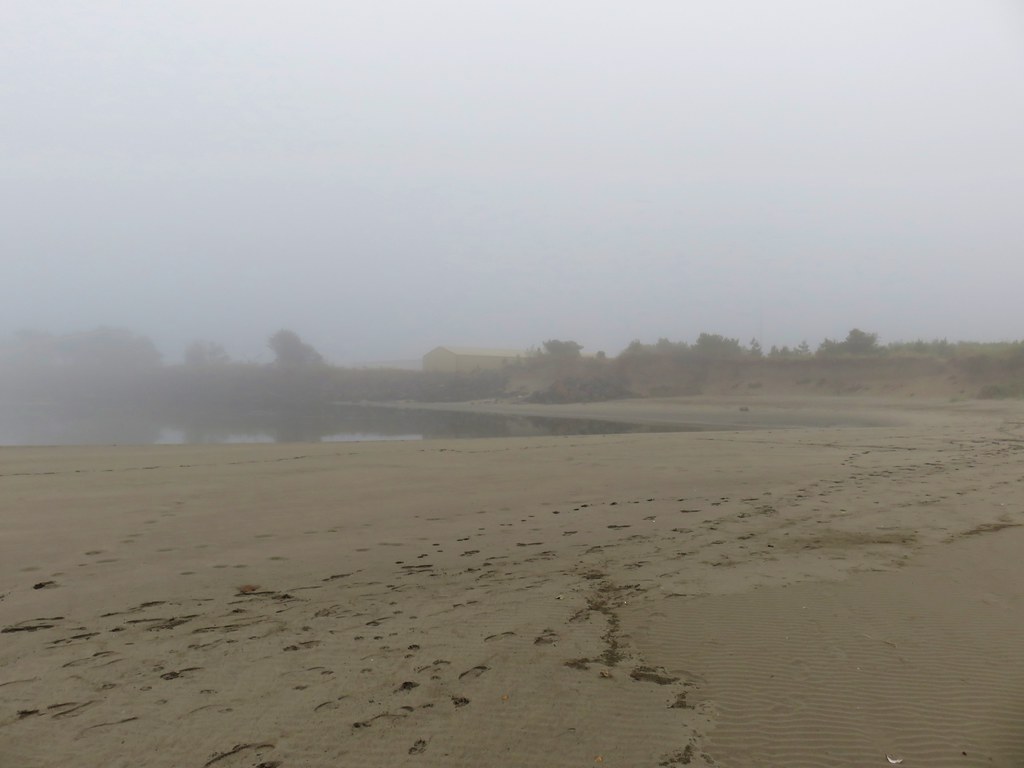 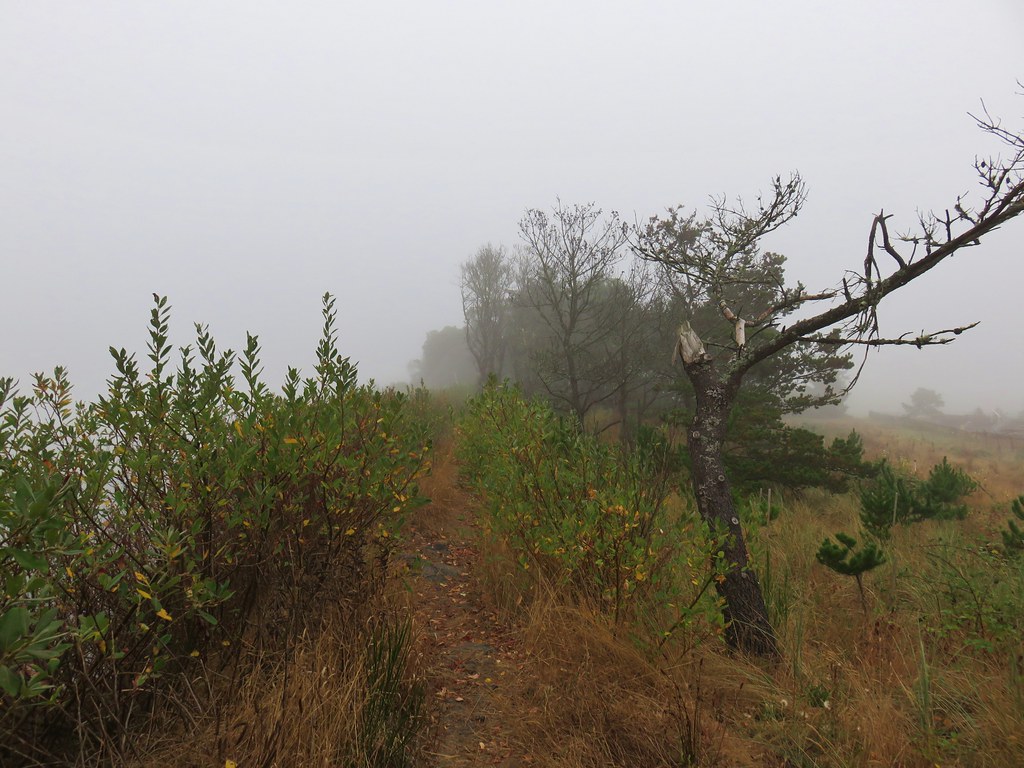 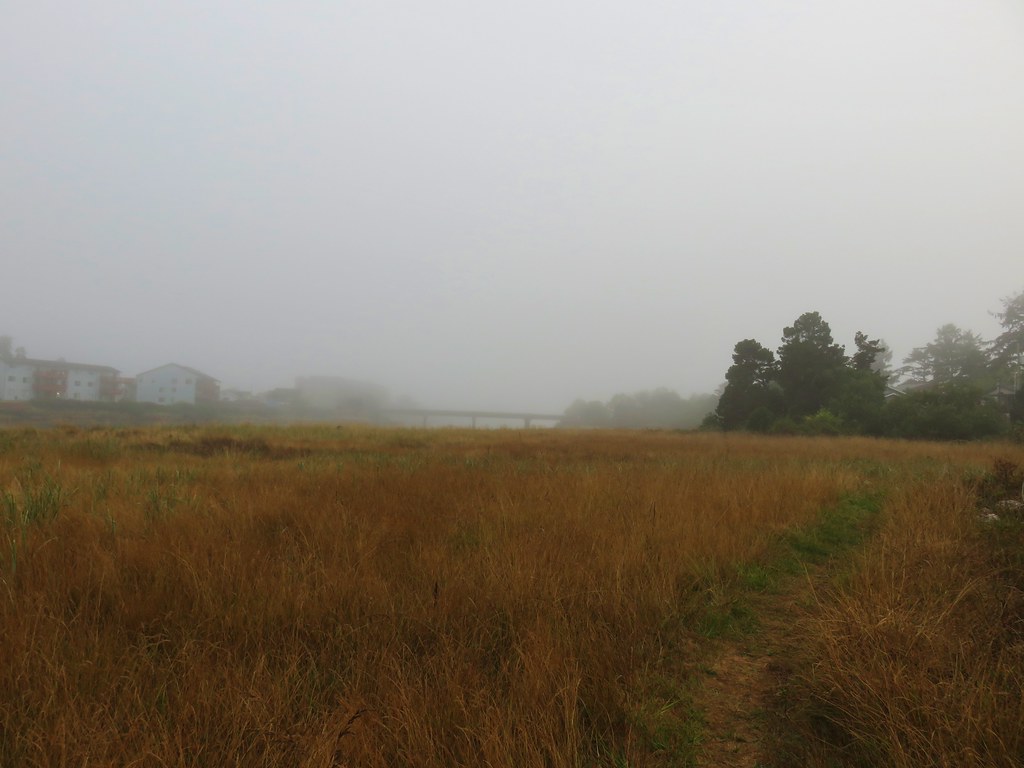 We turned inland at 15th St. then took a left on N. Franklin St. When we came to 12th we detoured back to the park to change our shoes which were damp from the grasses along the river. With dry shoes on we went back to Franklin, turning left, and continued south to Broadway St. jogging right at 9th and 5th streets. The final block or so of Franklin is closed to cars. 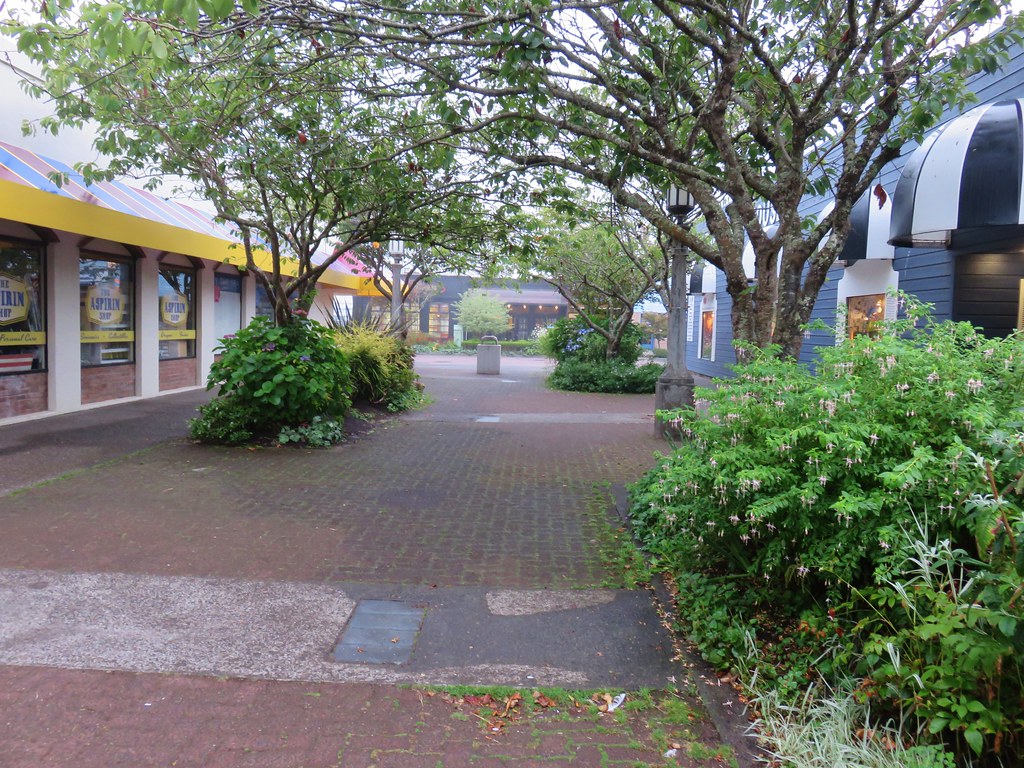 We turned west onto Broadway and followed it to its end at a turnaround with a statue of Lewis and Clark. 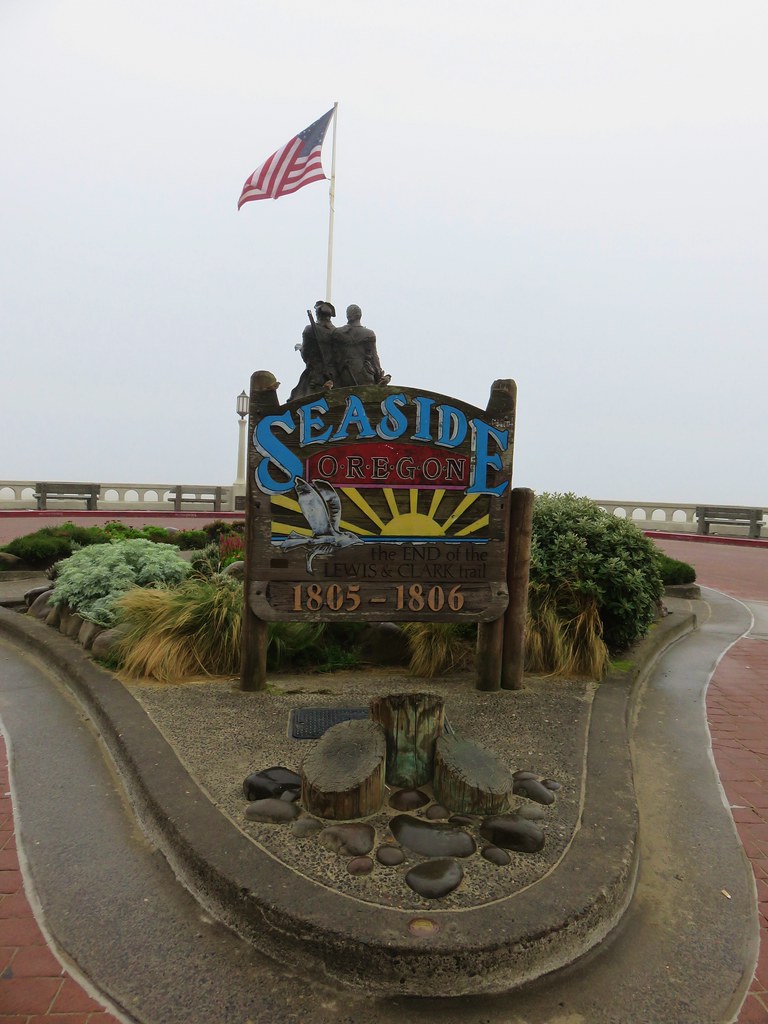 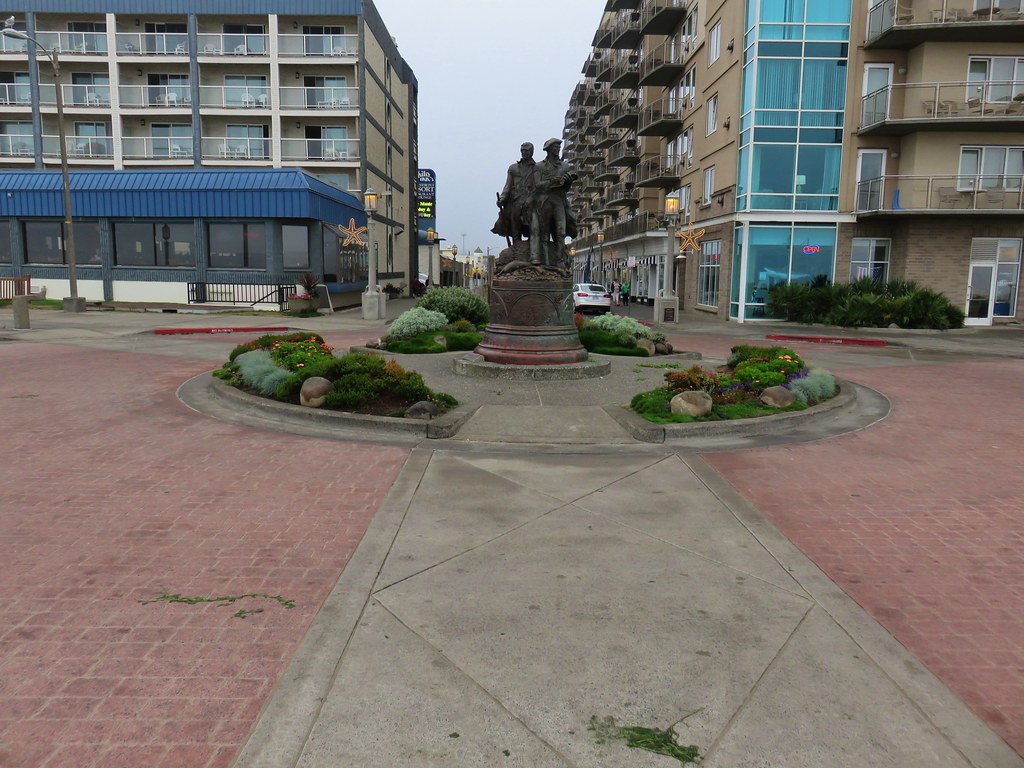 We had actually walked this stretch on Broadway early on Saturday when we’d come into Seaside for dinner. There was a car show going on at the time and muscle cars and old hot rods had been cruising the street around the statue then.

From the turnaround we headed south on the Seaside Promenade. 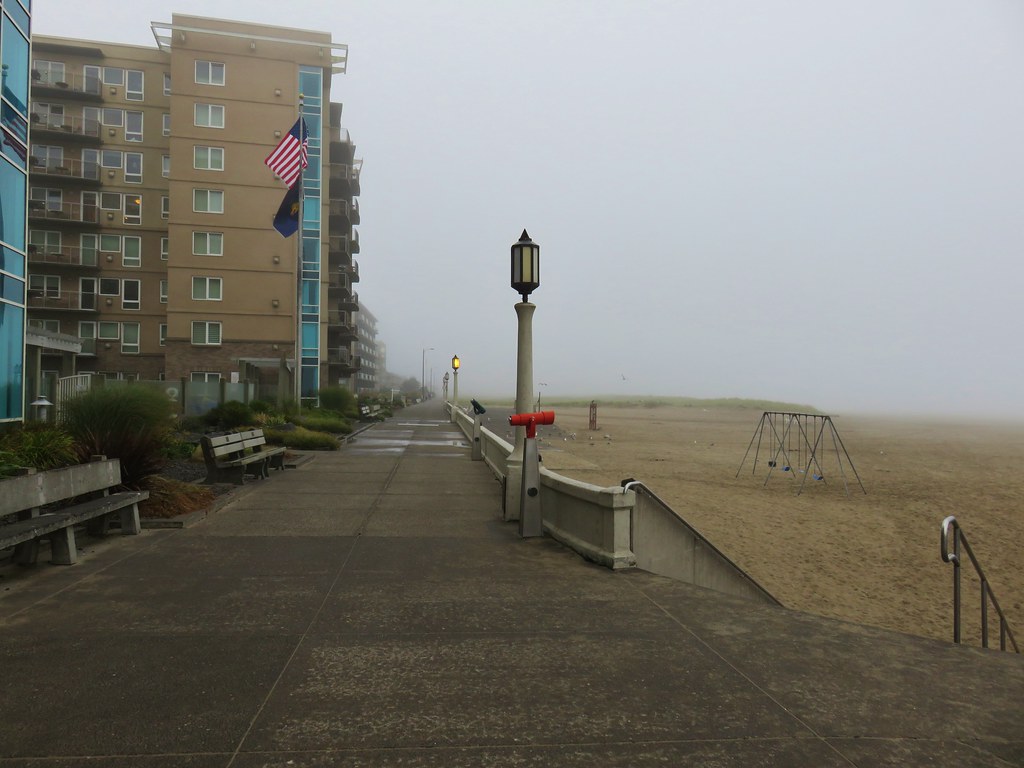 The paved promenade extends 1.5 miles from 12th Street to Avenue U. We passed hotels, vacation rentals and at the .6 mile mark a sign for the “Salt Works”.
We turned inland on Lewis and Clark Way following the Salt Works signs to a replica of the stone oven used to boil salt water for the Lewis and Clark expedition. 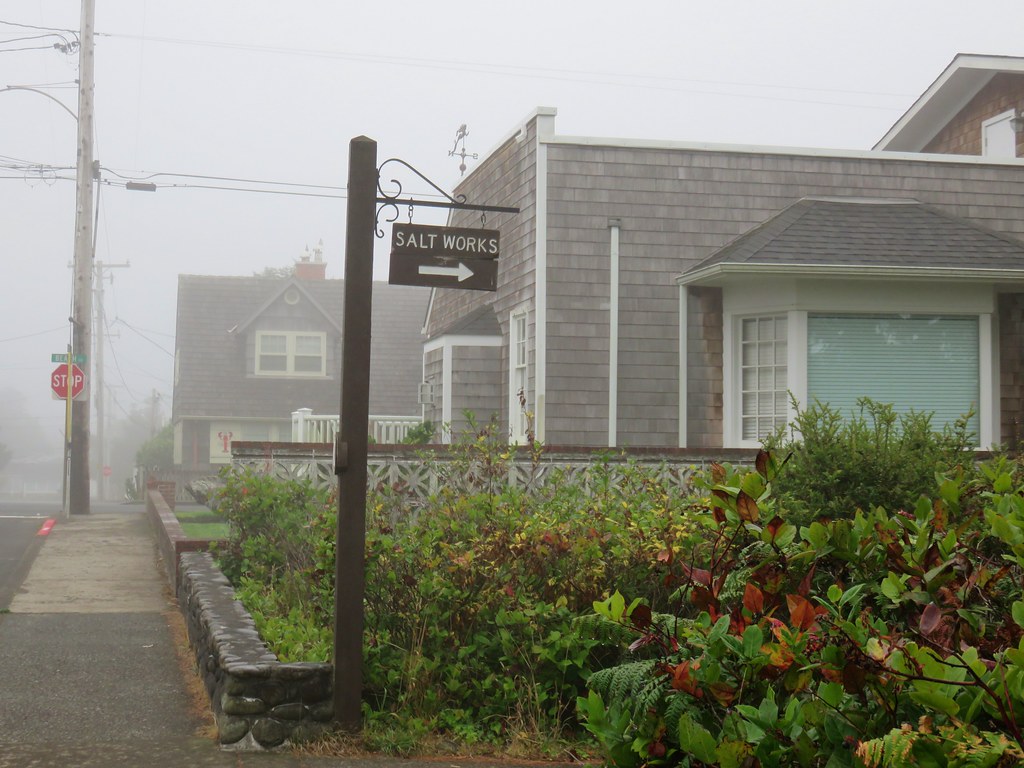 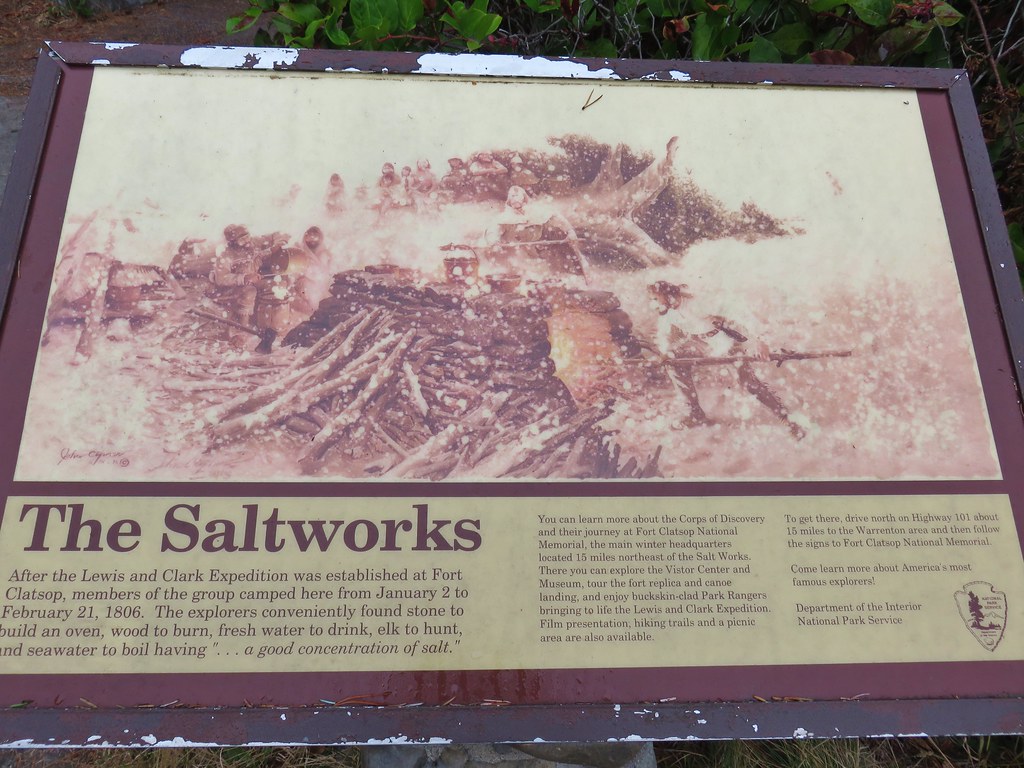 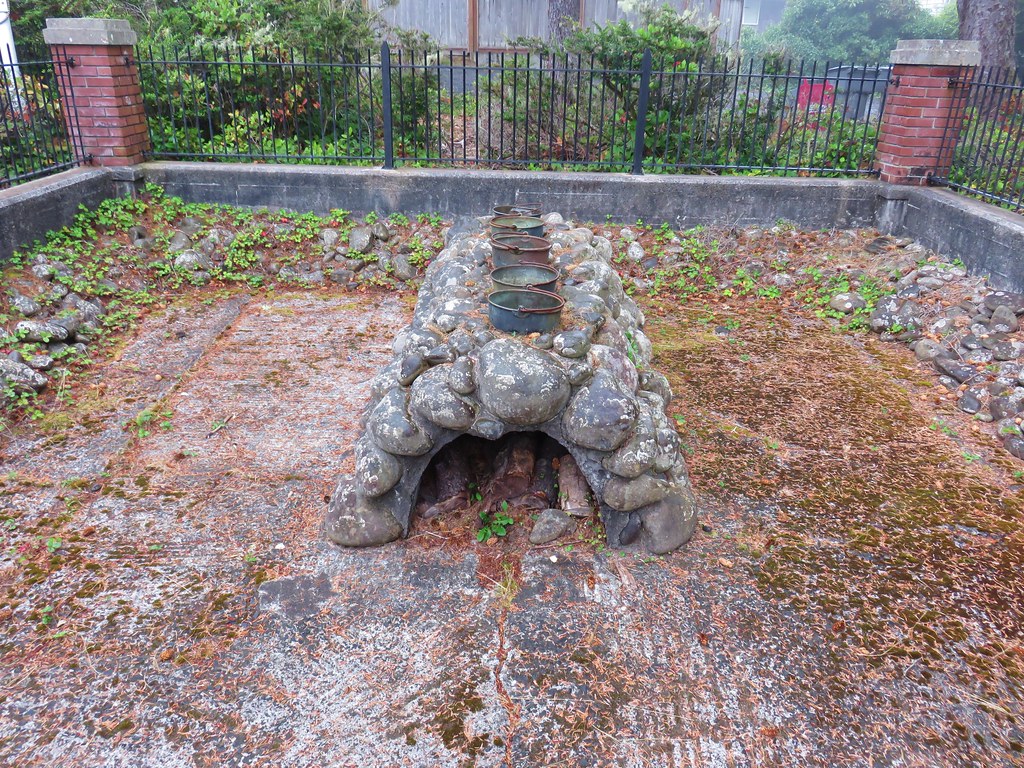 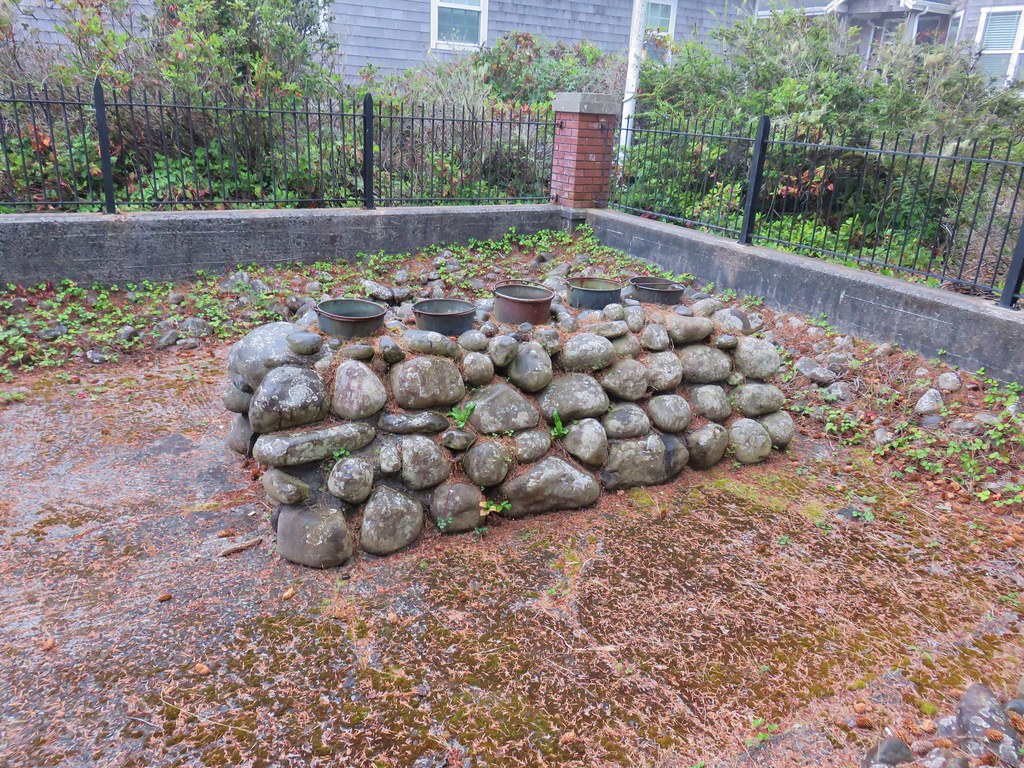 After reading all the interpretive signs we returned to the promenade and continued south to its end at Avenue U. 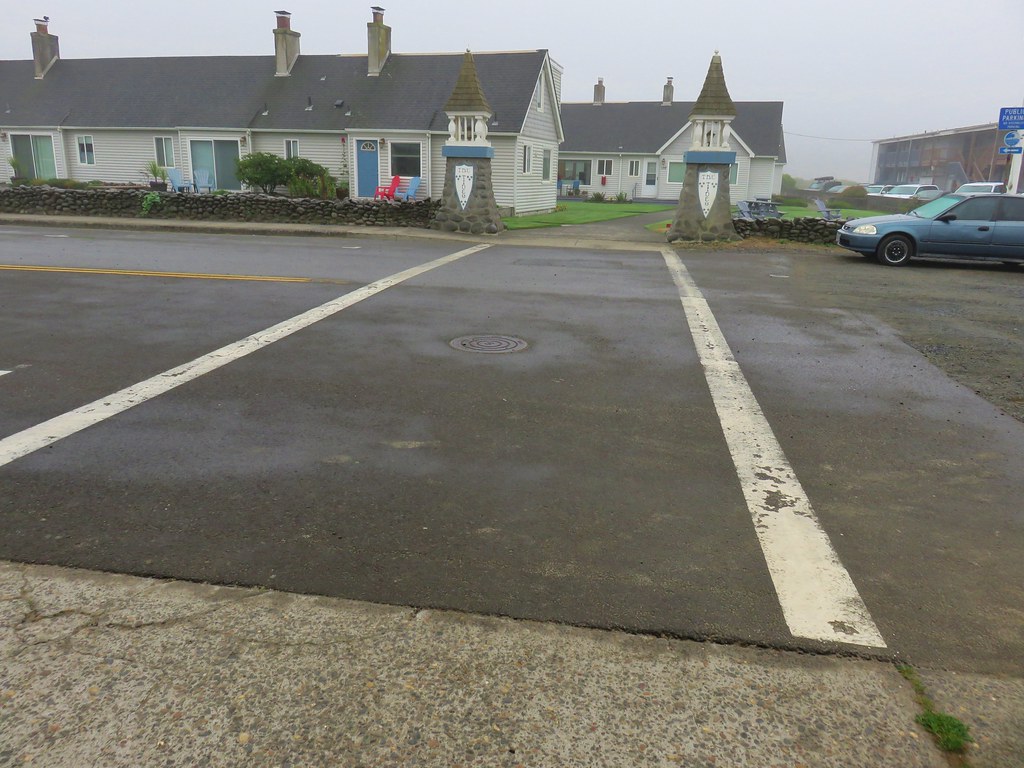 We turned around and headed north. The promenade was fairly busy with dog walkers, joggers, and a few bicyclists all making use of the paved path. 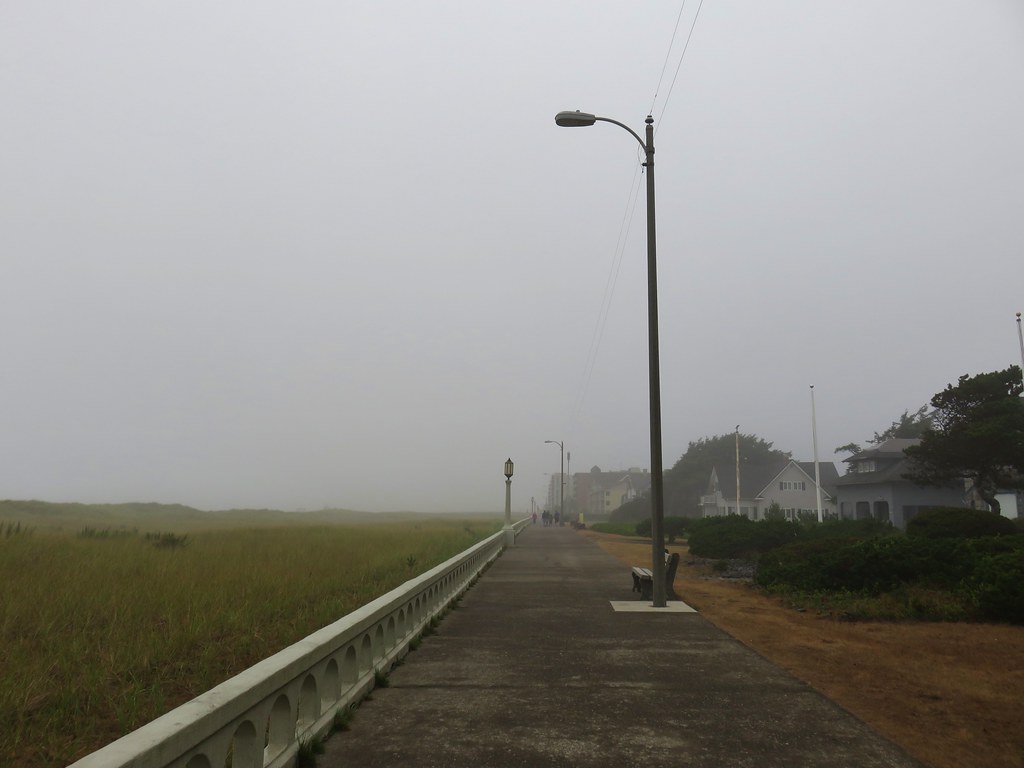 The fog was stubborn this morning and really limited any views toward the ocean. 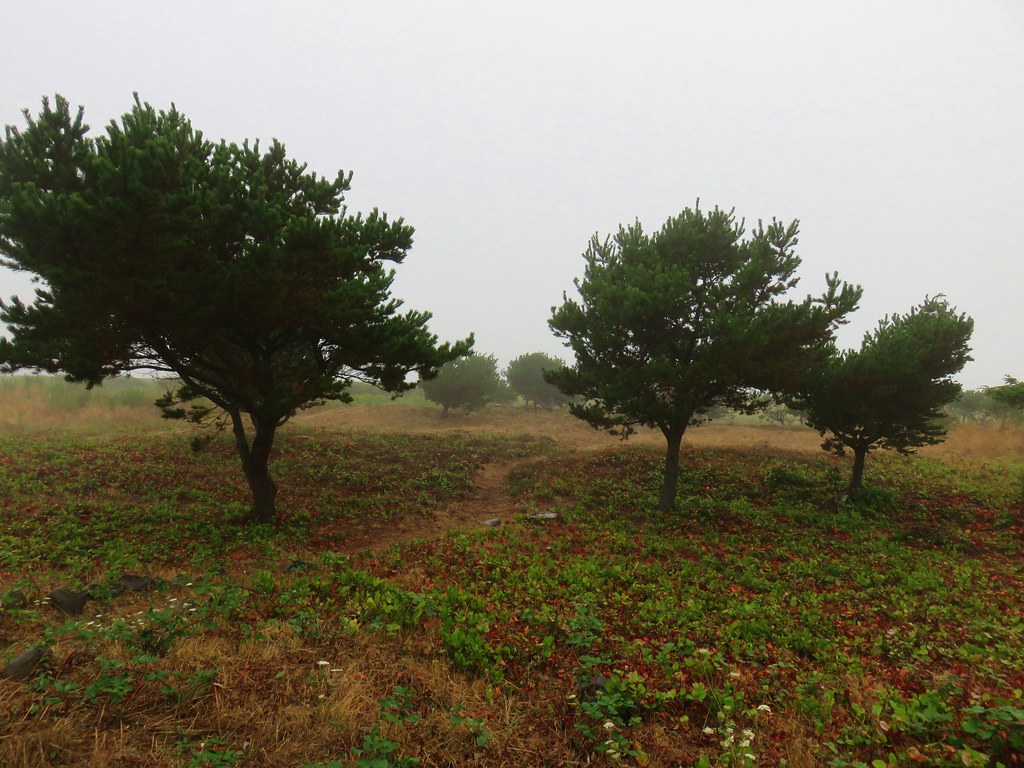 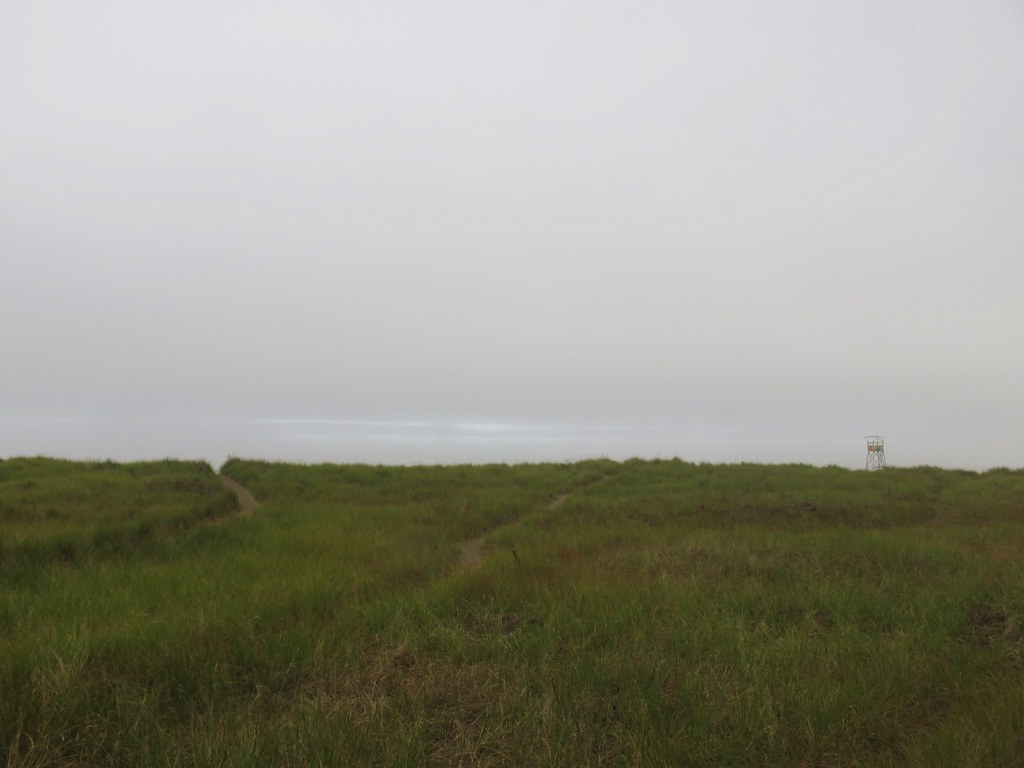 We passed Broadway Street and continued north toward 12th St. passing the Seaside Aquarium along the way. 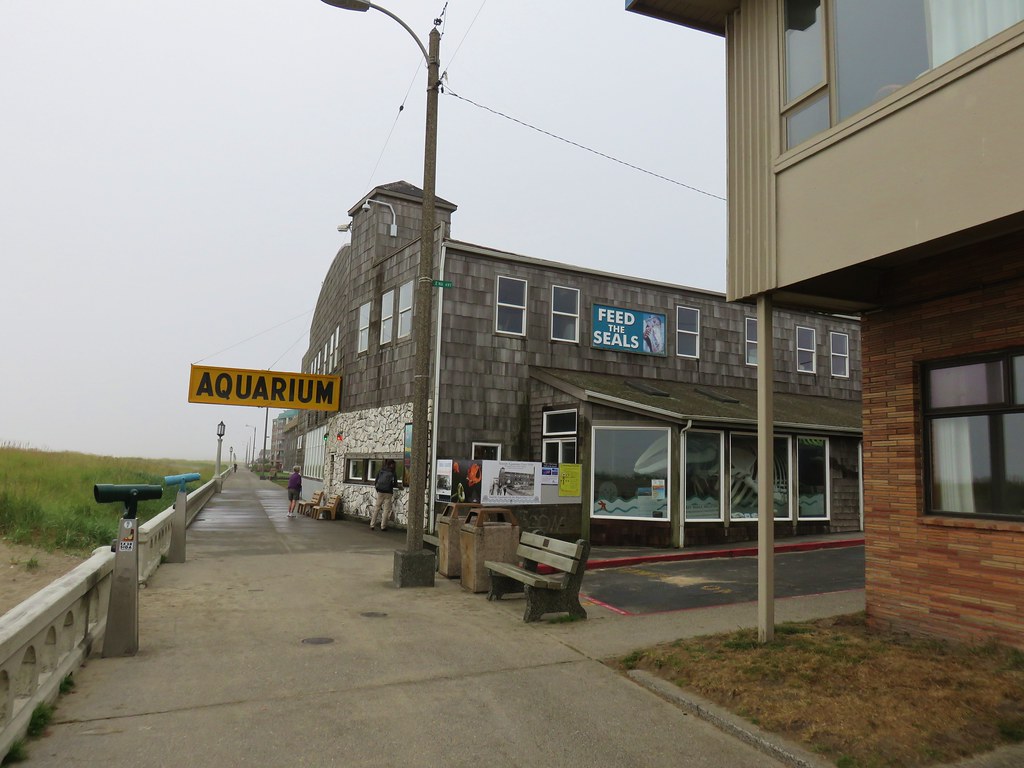 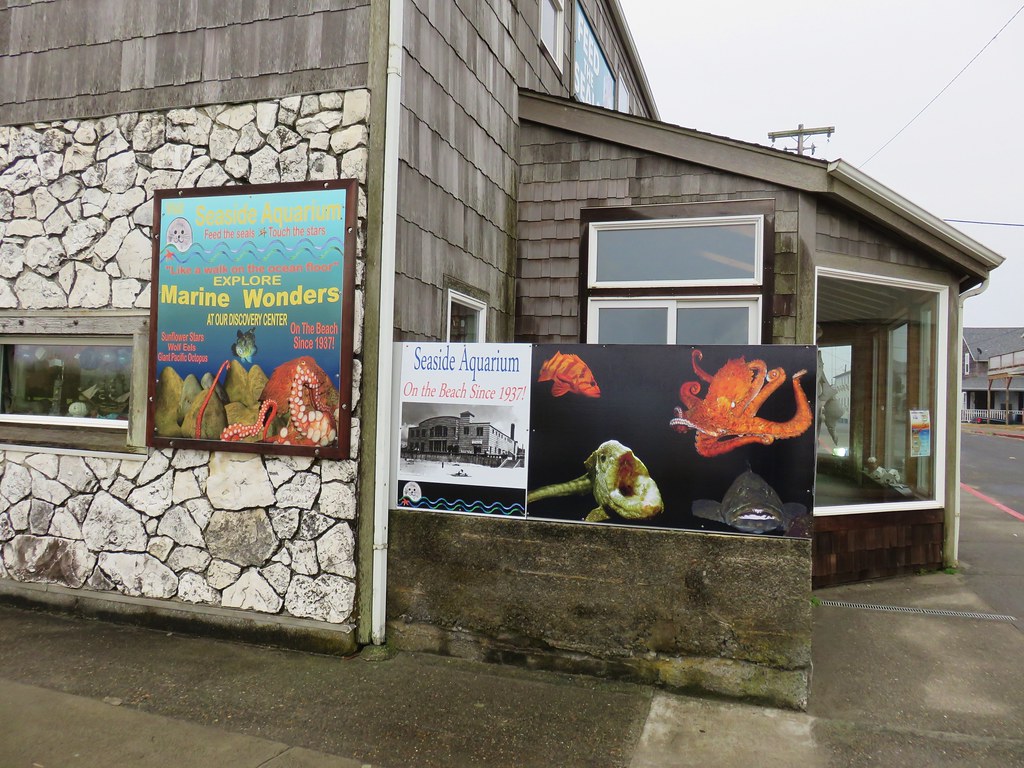 We turned up 12th St. and returned to our car. Our distance for the morning was 5.7 miles which was perfect for a short hike before driving home. As we crossed the coast range we popped out of the clouds into bluer skies. Smoke on the horizon from the many wildfires reminded us of why we’d chosen the coast as our alternate vacation spot. It had been a good choice, nice hikes with plenty of wildlife and a lot of history thrown in. Happy Trails!

One reply on “Seaside”