On 8/5/2011, during a vacation in Central Oregon, we headed to Shevlin Park on the outskirts of Bend for an easy day hike. The 4.8 mile loop was a perfect break in the midst of a week of longer hikes.

We parked in a large lot at the park entrance and walked across the park’s road to a trail that passed through a meadow for 100 yards before crossing over Tumalo Creek on a footbridge. 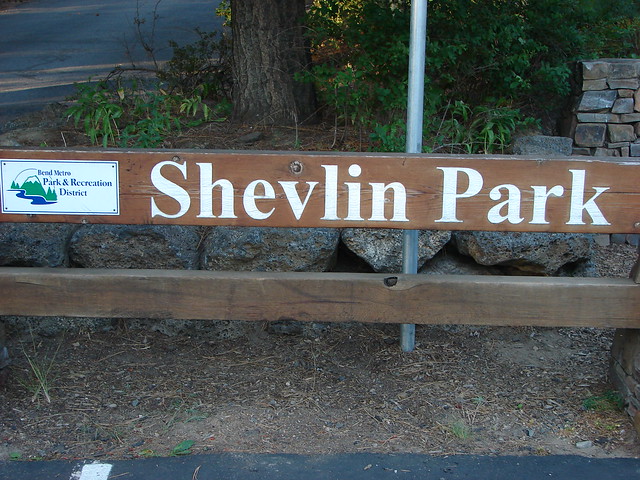 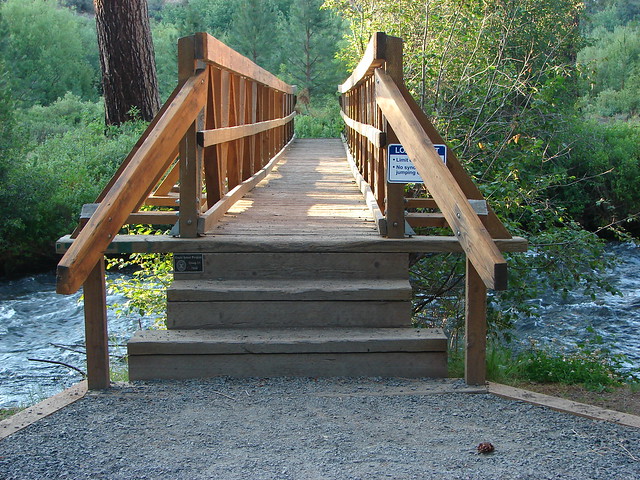 The trail climbed just a bit to a rim on the canyon above the creek. A fire in 1990 was stopped at the rim which still showed a few signs of the blaze. Birds and chipmunks were plentiful along this stretch. 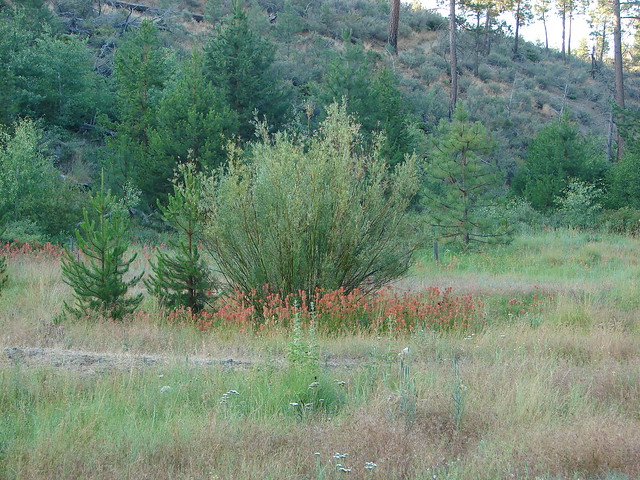 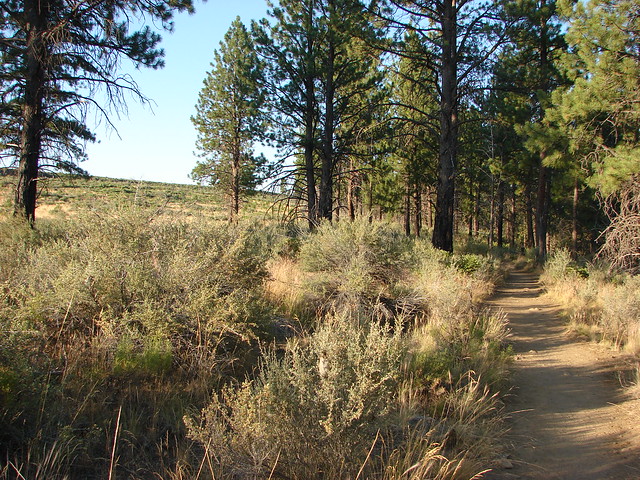 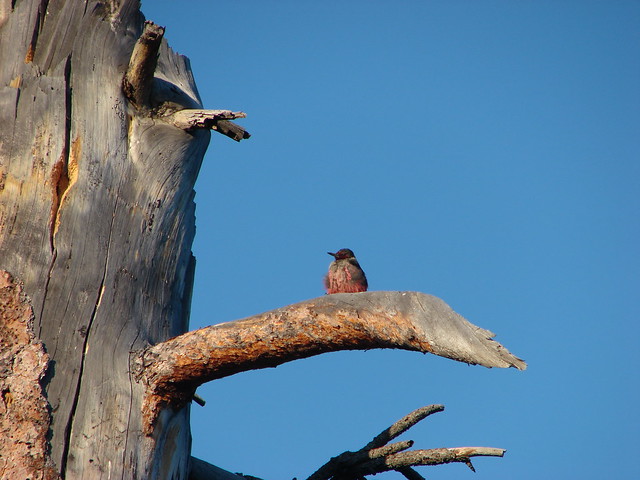 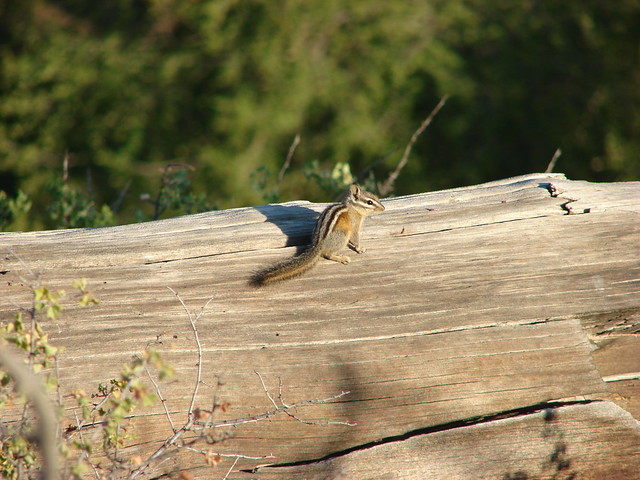 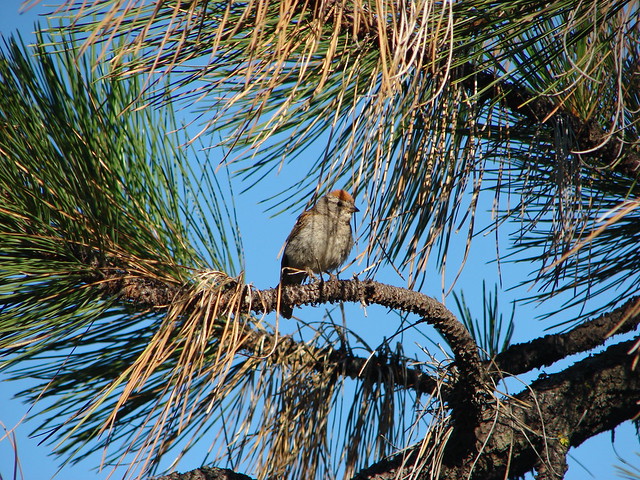 Tumalo Creek flowed through the forest in the green canyon below. 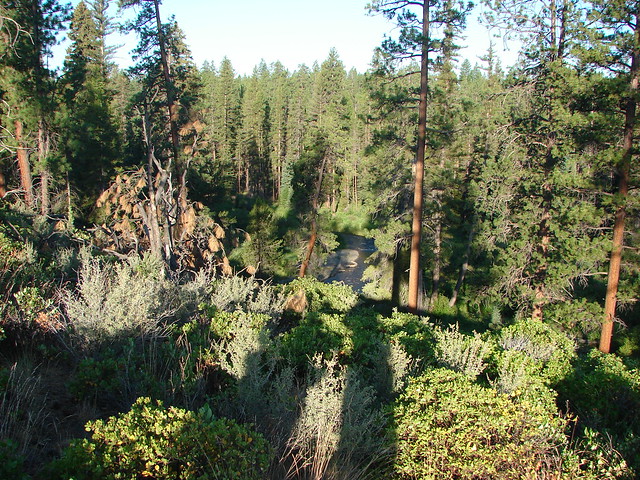 At approximately the 1.75 mile mark we forked to the right and followed a trail back down into the canyon and crossed a side creek on another footbridge. We began encountering mosquitoes at that point and having had given enough blood already that week we picked up the pace quickly covering the next .6 miles where yet another bridge led us back over Tumalo Creek. 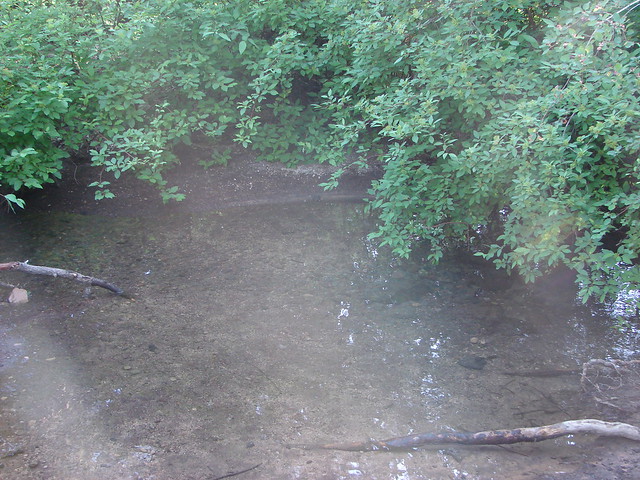 The trail once again climbed away from the creek which provided relief from the mosquitoes. From the bridge it was 2.2 miles back to the parking lot. At the 1.5 mile mark a side trail led down to the Hixon Crossing covered bridge which we had a nice view of from above. 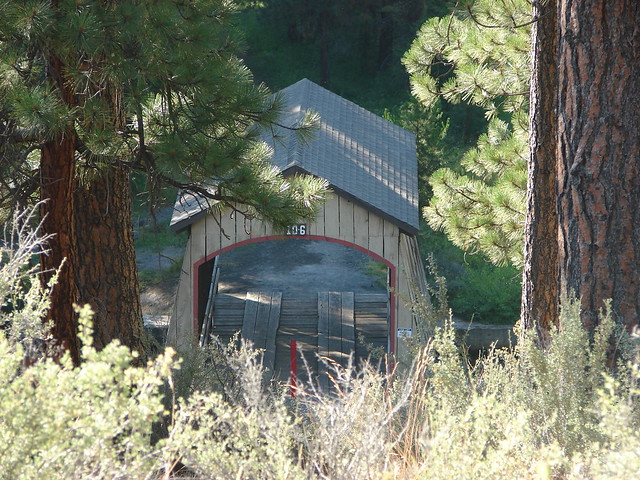 The trail passed Ponderosa Pine trees and some interesting rock formations where golden-mantled ground squirrels and gray Douglas squirrels watched us as we passed by. 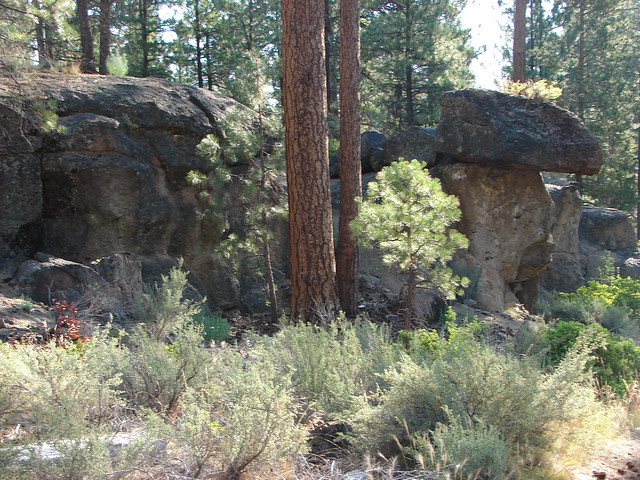 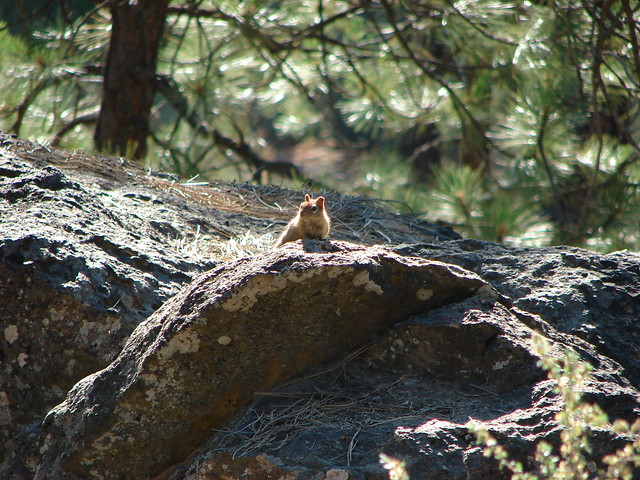 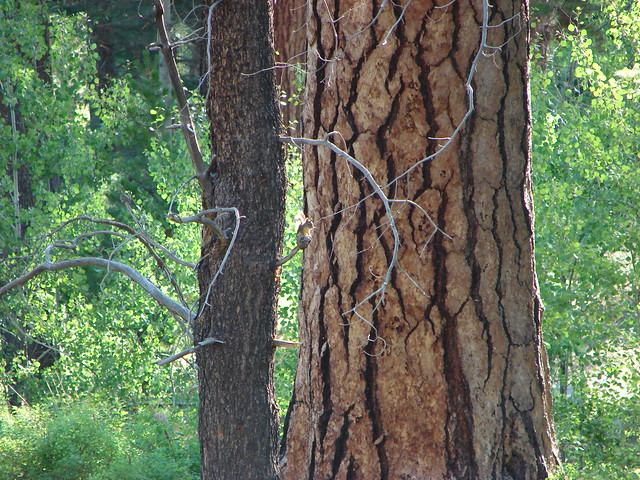 With a relatively short distance and only 300′ of elevation gain the Shevlin Park loop was a great choice for a recovery day. It’s proximity to Bend also meant we had plenty of time left in the day to pursue other activities in town. Happy Trails!