On May 12th, 2012 we were in Newport scouting out the route of the Newport Marathon which we would be running the next month and while we were there we took a short hike along Beverly Beach starting at the Devil’s Punchbowl State Natural Area. 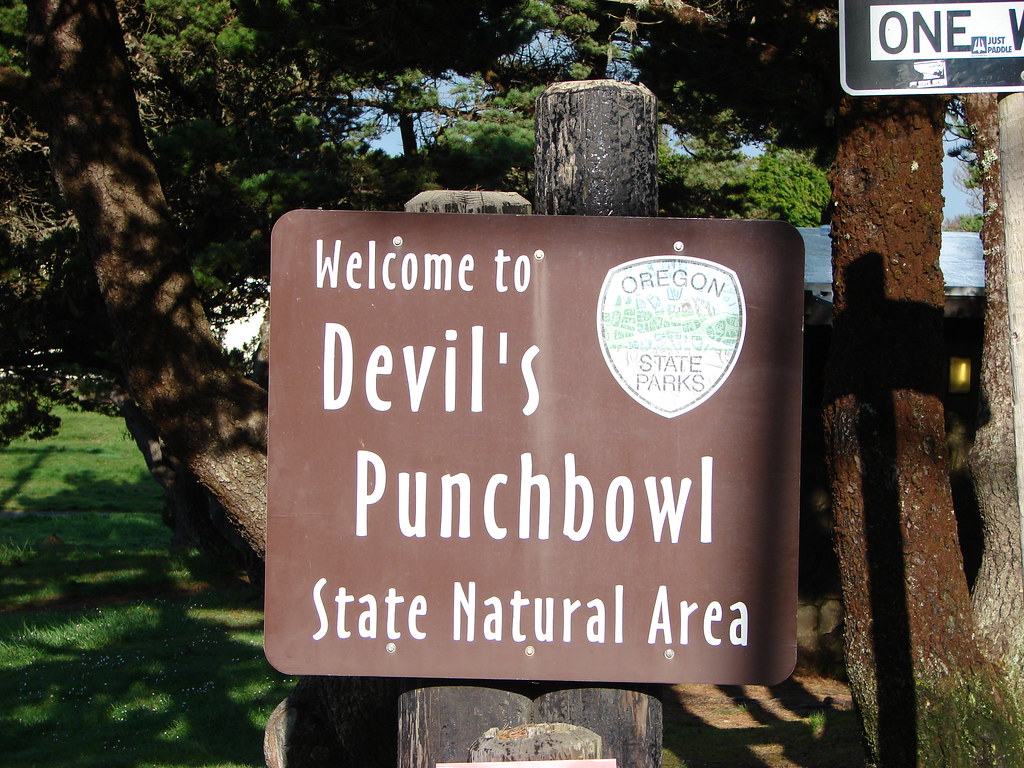 From the parking area we headed down to the beach on the north side of the Devil’s Punchbowl. The large Gull Rock rose out of the Pacific just offshore. 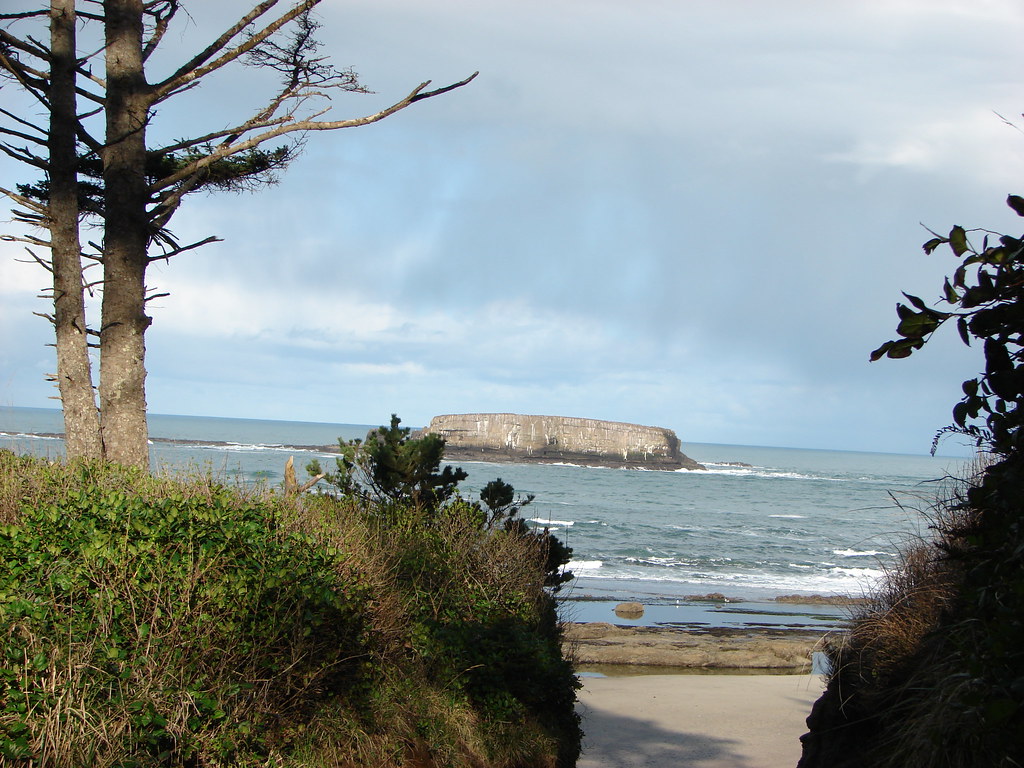 We turned south to explore what we could of the punchbowl. 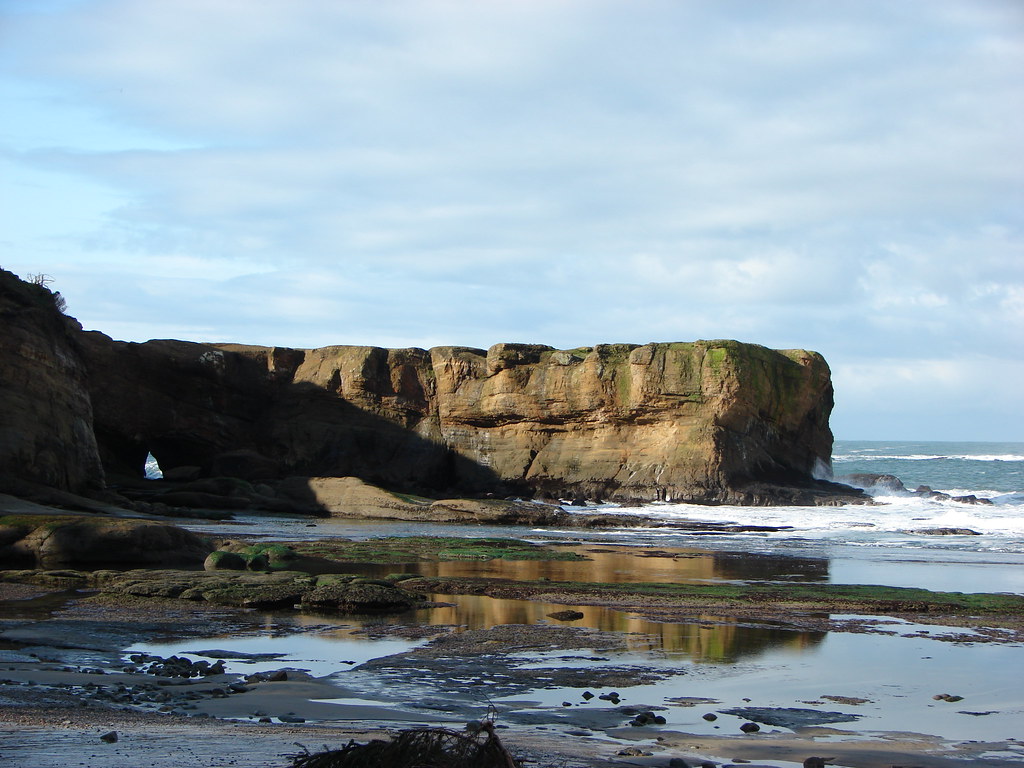 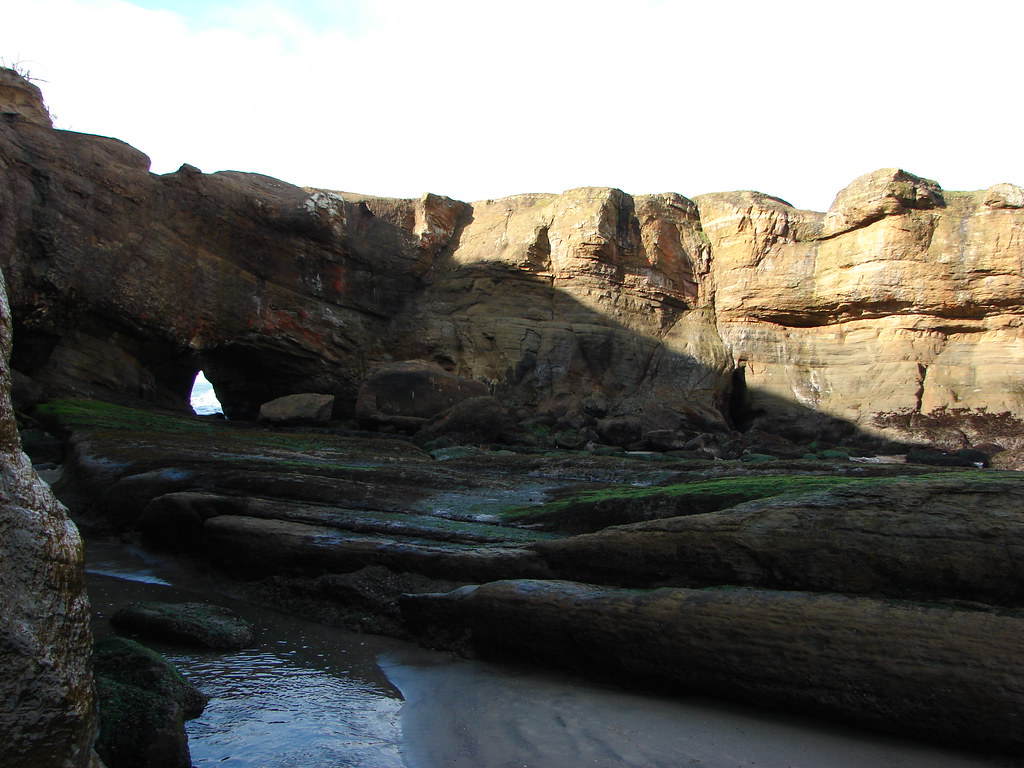 We hadn’t looked up the tide table so we played it safe and didn’t go in too far but were still able to get a nice look. In addition to the rock formations there was plenty of wildlife to see. 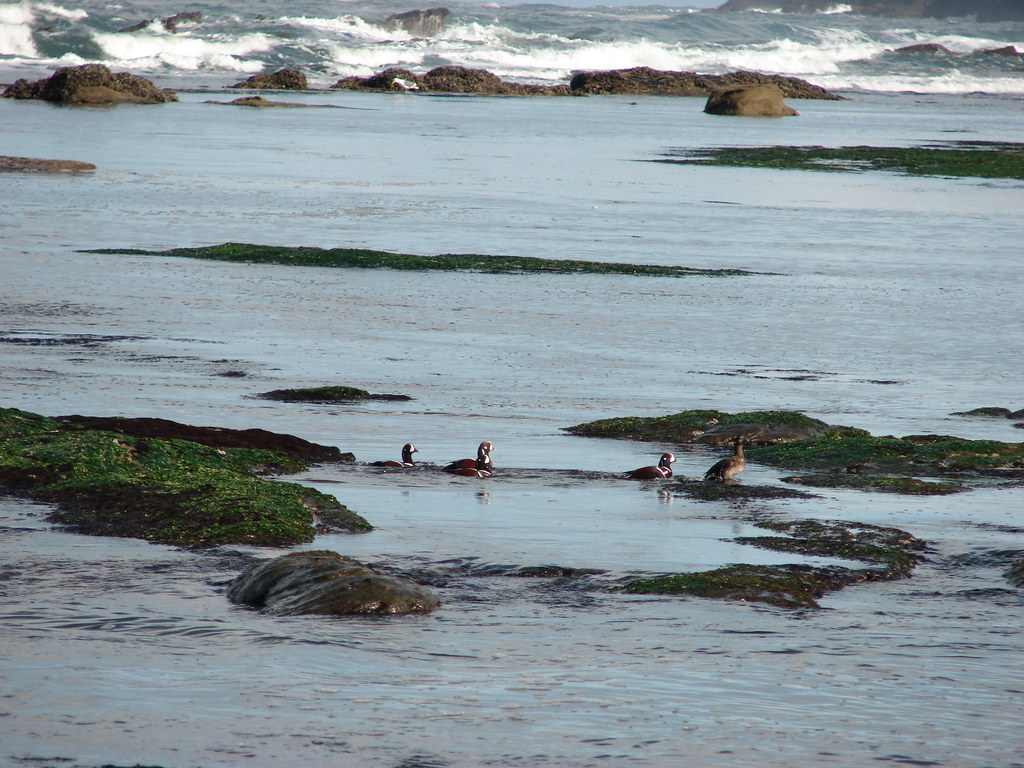 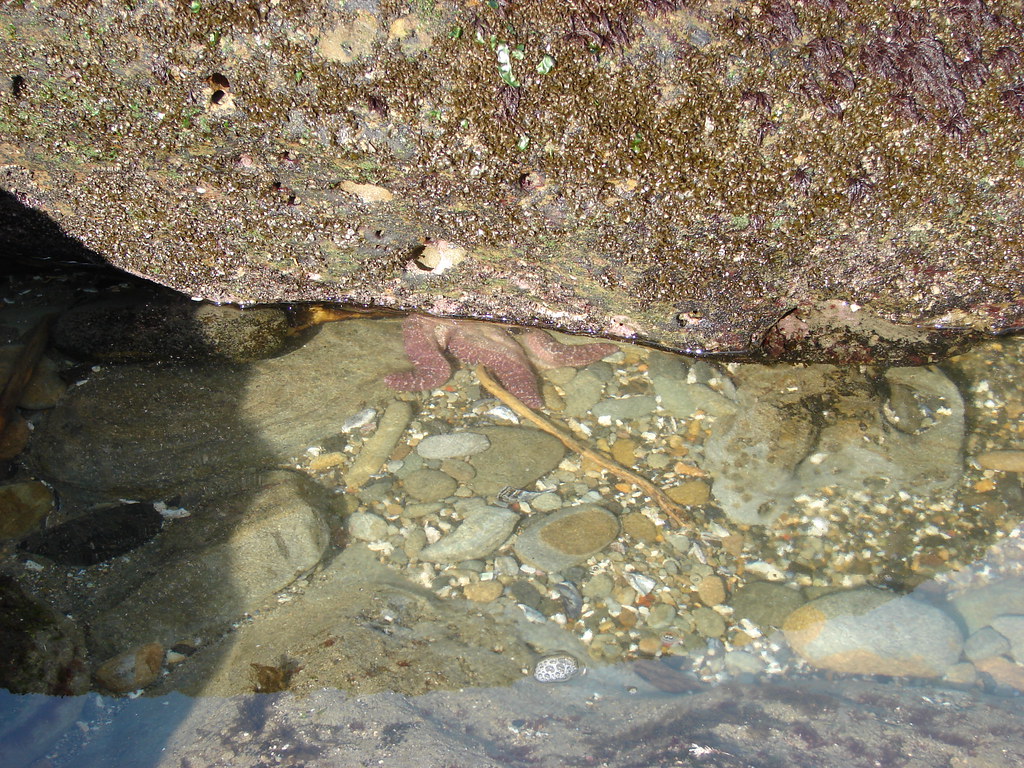 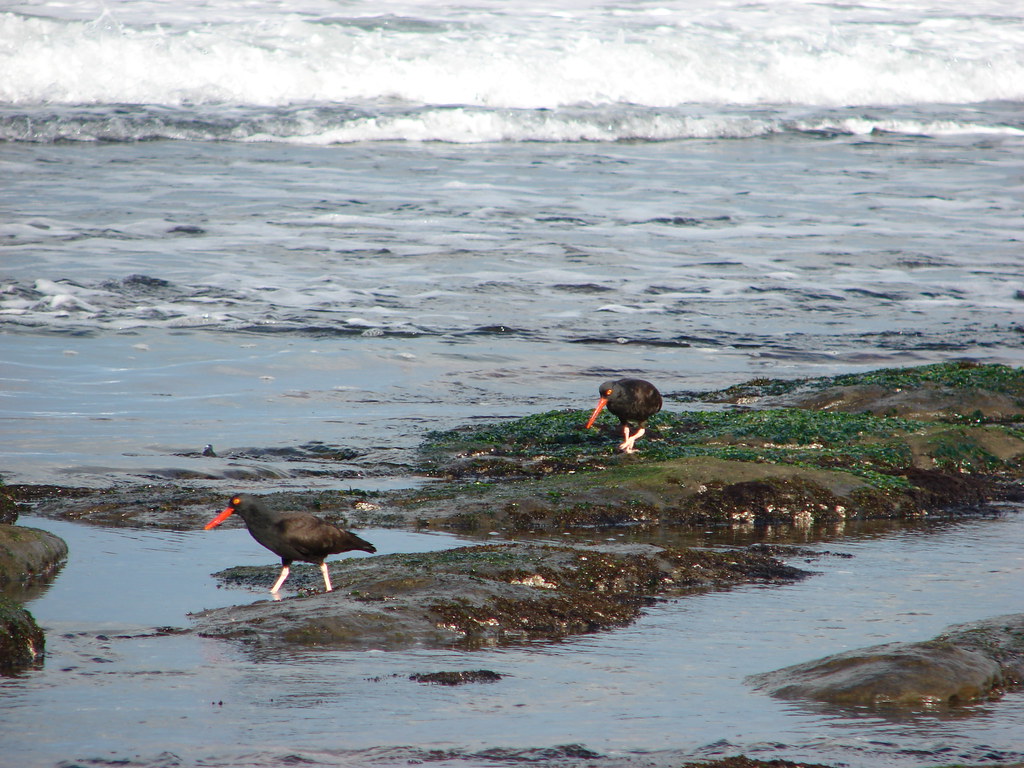 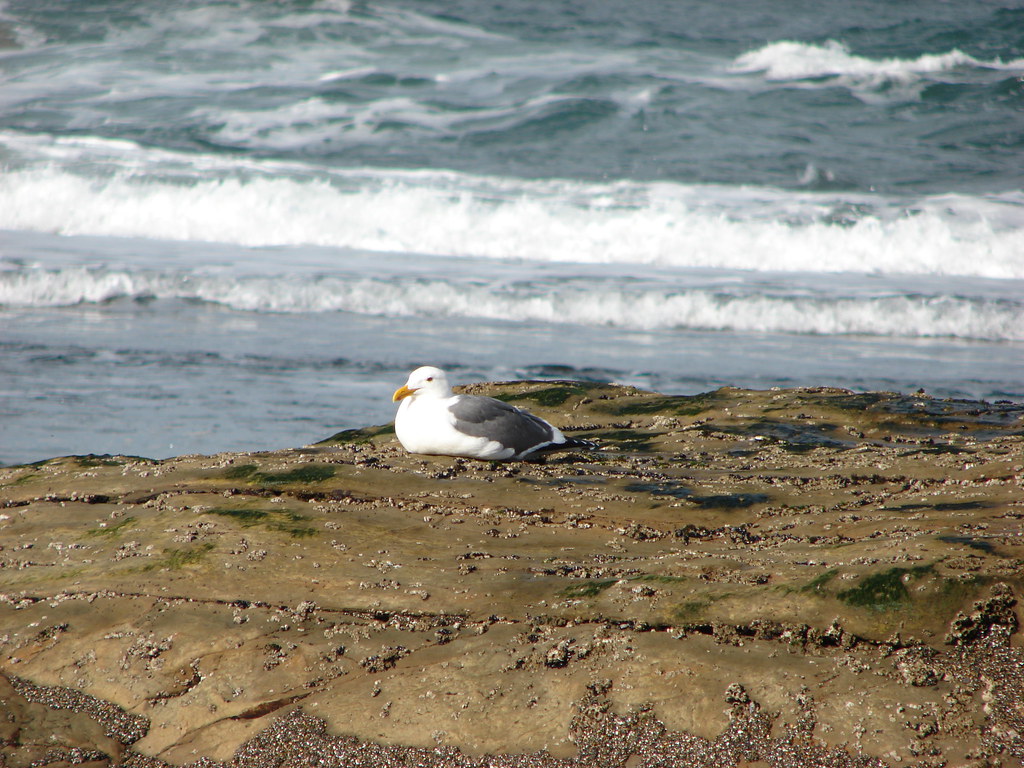 After exploring down on the beach we headed back up to a viewpoint overlooking the Devil’s Punchbowl. 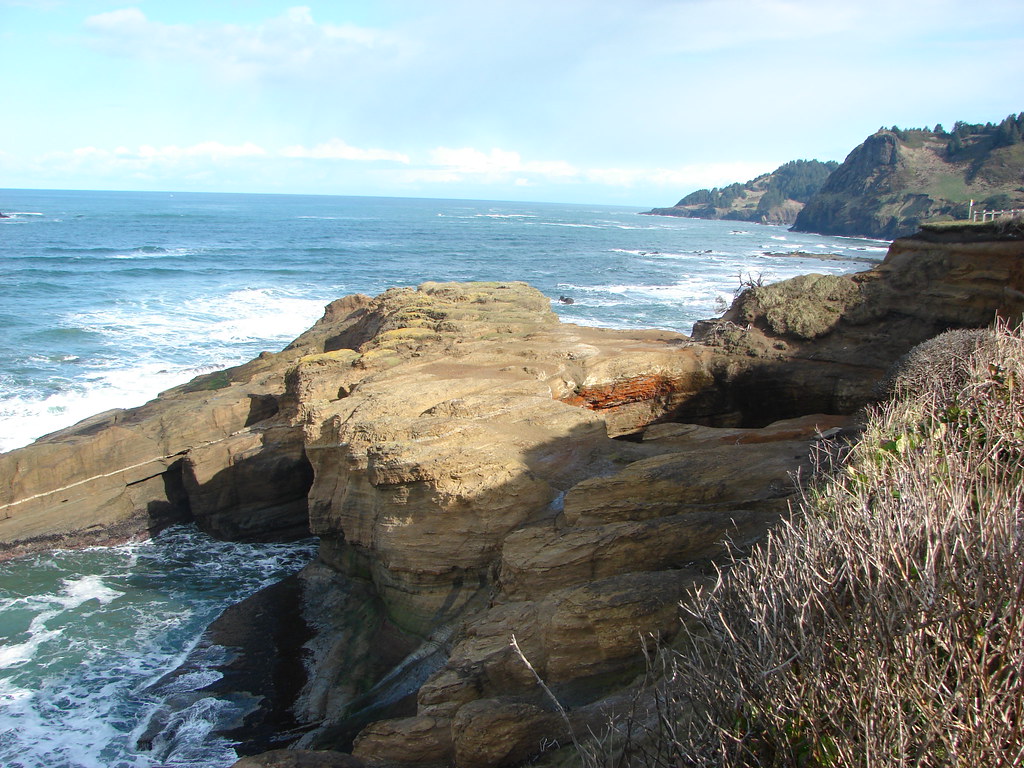 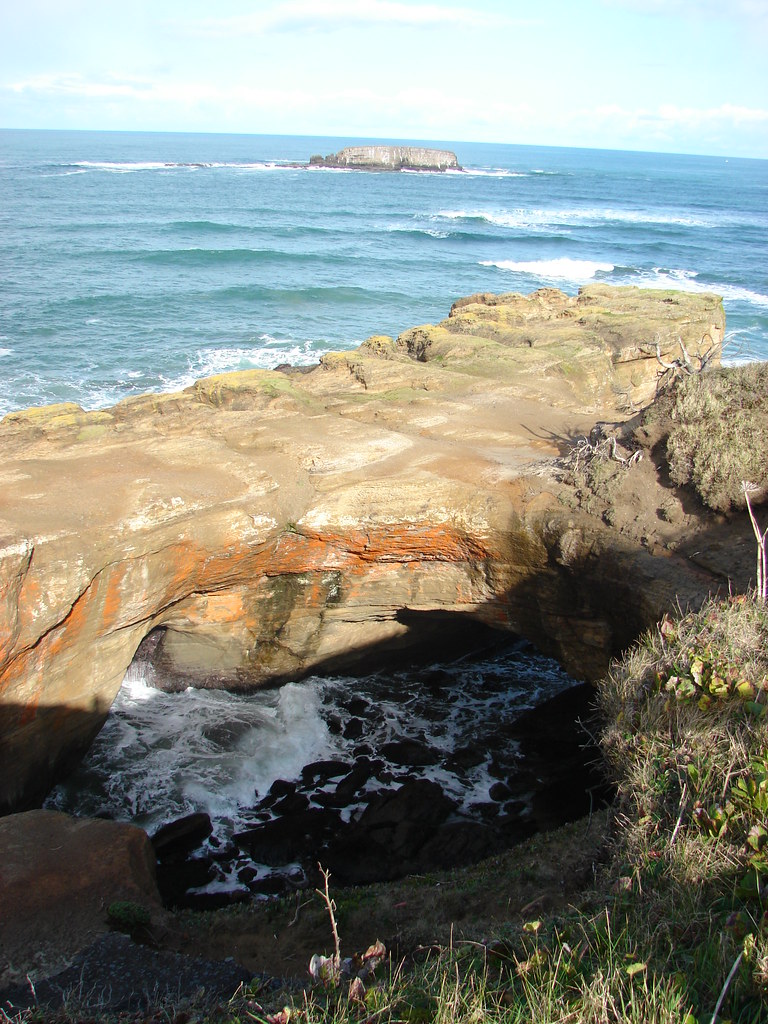 We then descended to the beach on the south side of the punchbowl. Our plan was to follow the beach for 1.5 miles to Beverly Beach State Park. There we hoped to hike a .7 mile nature loop. The hike along the beach included views south to the Yaquina Head Lighthouse (post) and back north to the Devil’s Punchbowl. It also required an easy crossing of shallow Johnson Creek. 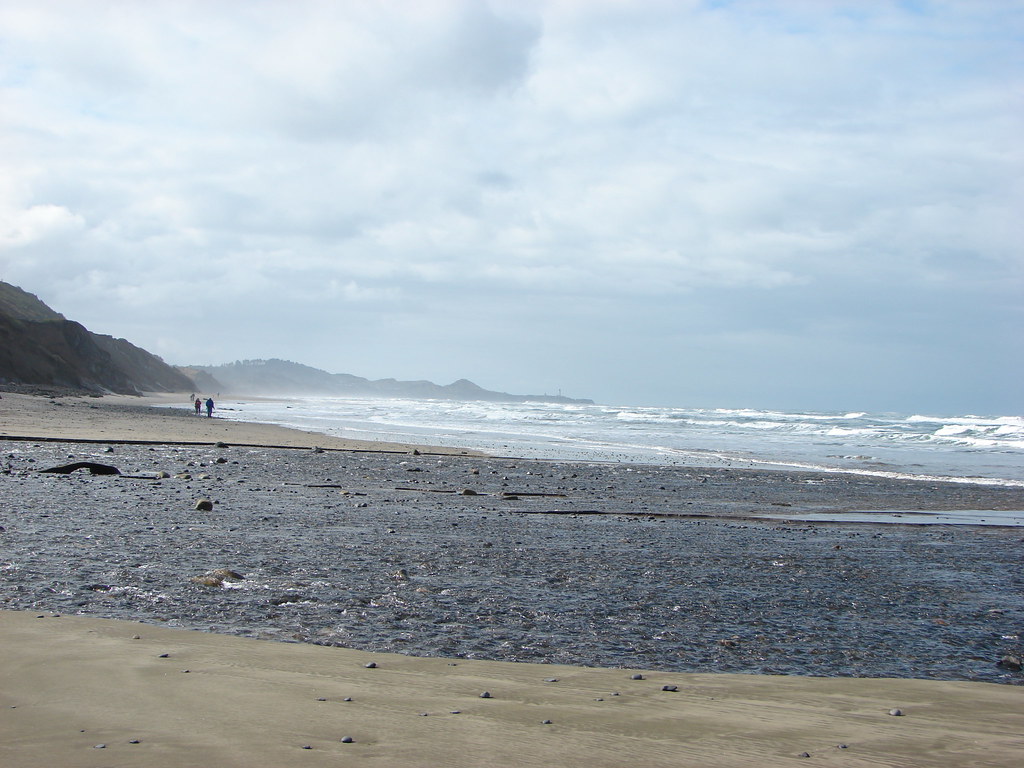 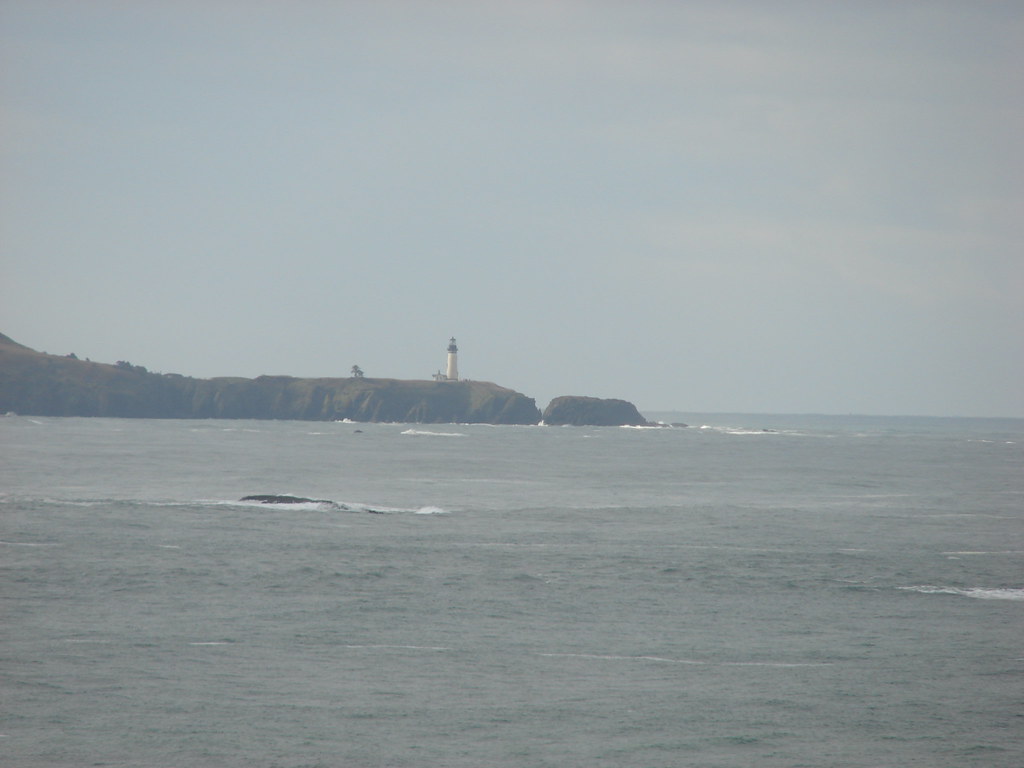 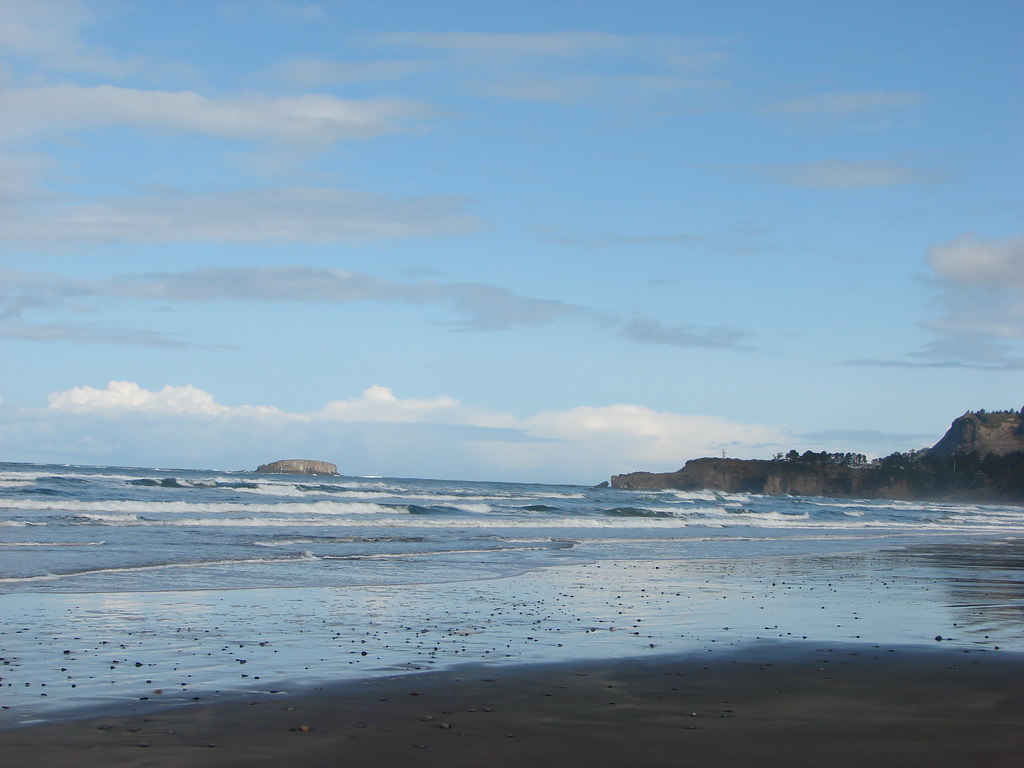 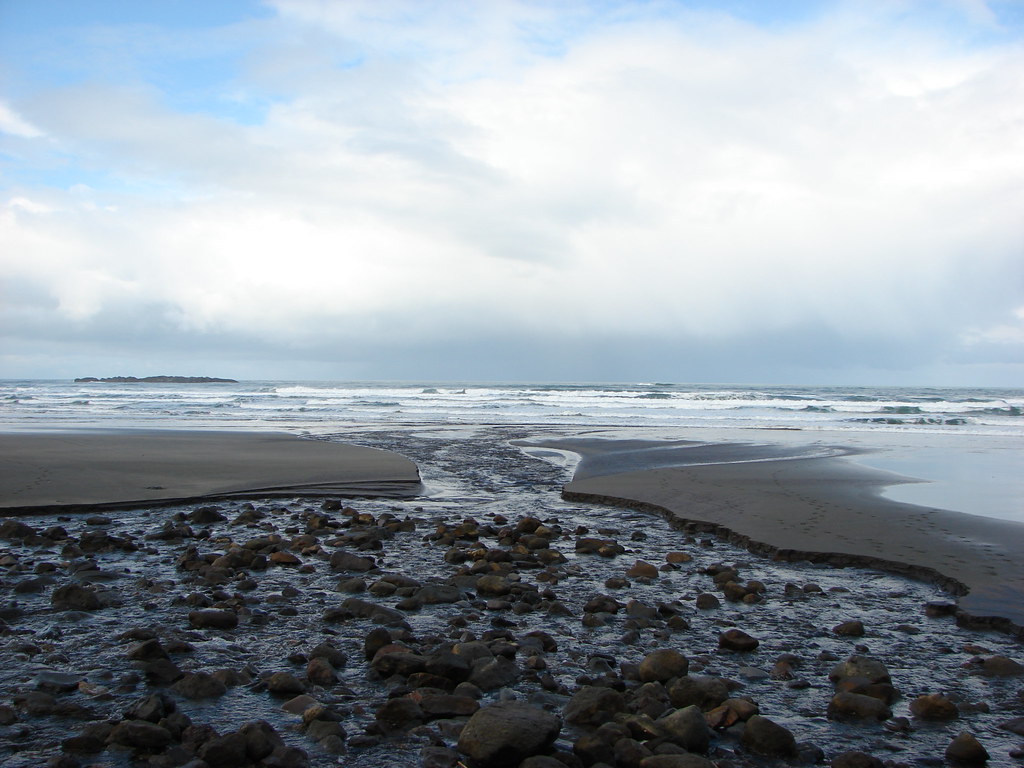 We turned inland at Spencer Creek and passed under Highway 101. A footbridge spanned the creek to a picnic area but we kept straight into the park campground. 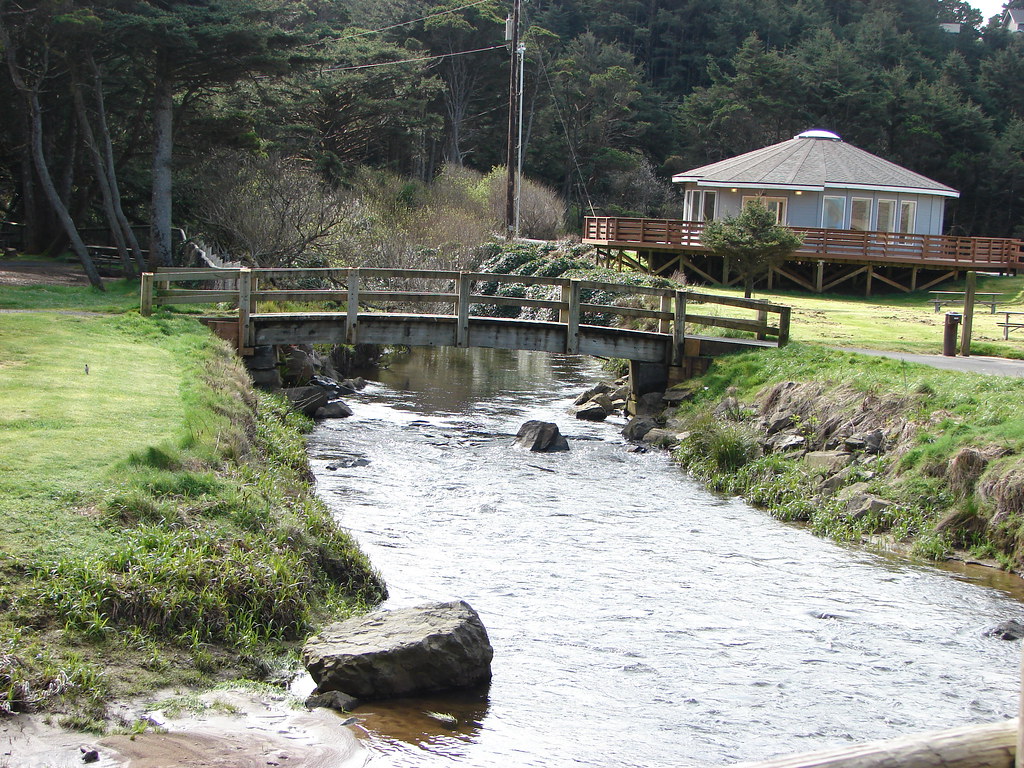 The nature trail began at campsite C5 but we were disappointed to find signs indicating that it was temporarily closed just beyond a bench. 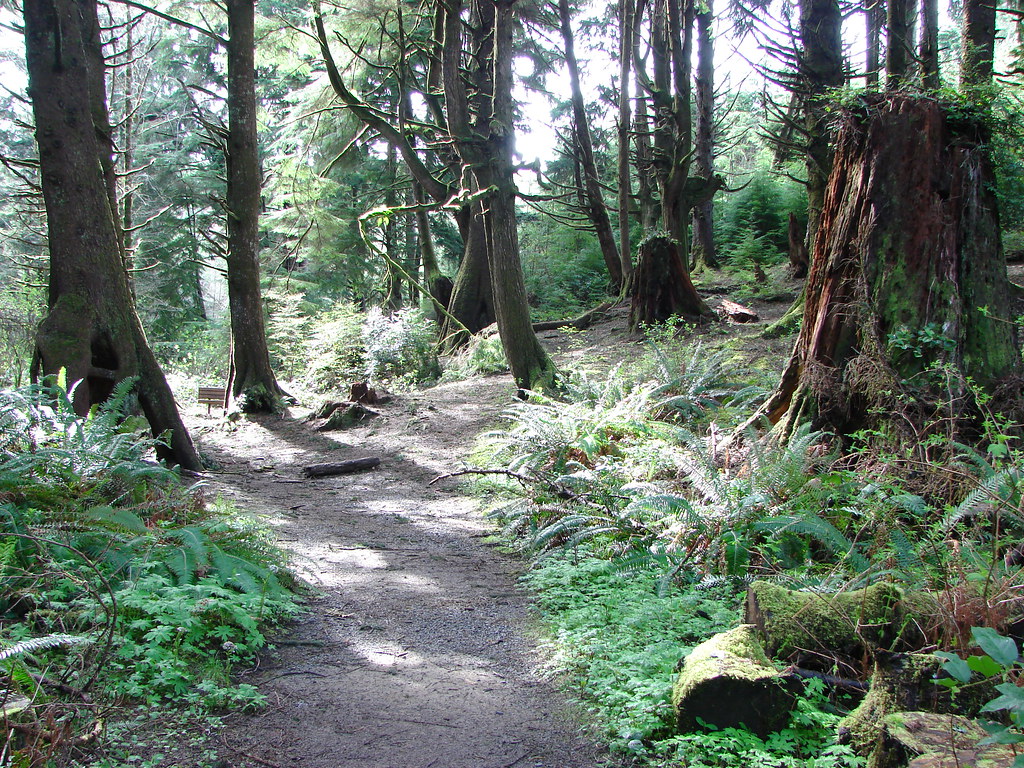 We turned around and briefly wandered through the campground. Our first camping trip together had been at this park and we were wondering if we would recognize the site we’d stayed at over 17 years before. We were unsuccessful in making a positive id and headed back to the Devil’s Punchbowl parking lot. From there we headed to Newport and drove the marathon course to see what we’d gotten ourselves into. Happy Trails!

One reply on “Throwback Thursday – Devil’s Punchbowl and Beverly Beach”