We said goodbye to our second cat in as many years yesterday losing Hazelnut to intestinal cancer (among other ailments).

Hazelnut, aka Hazel, Nut, Nut-nut, Little Princess, or Little Girl came to us after being rescued from a field fire. She earned her name due to her coloration and the fact that she was a bit “nutty”. As a kitten if one of us bent over she would immediately jump onto your back and try and lay down. 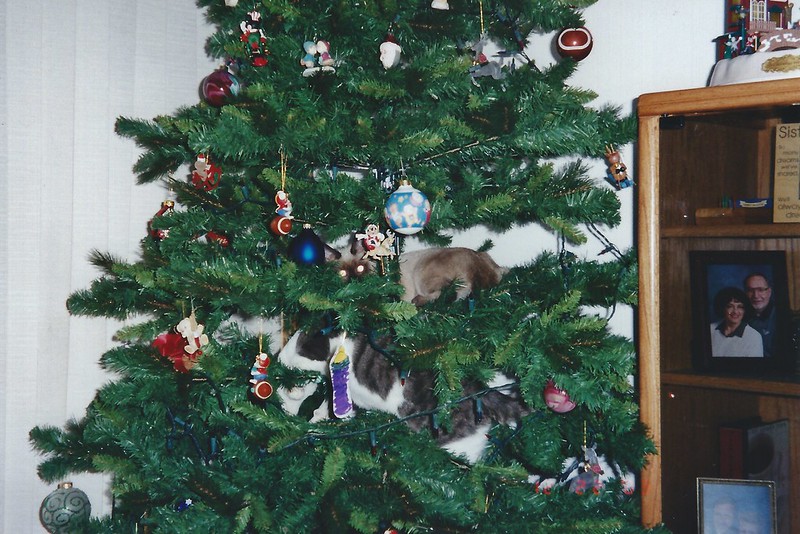 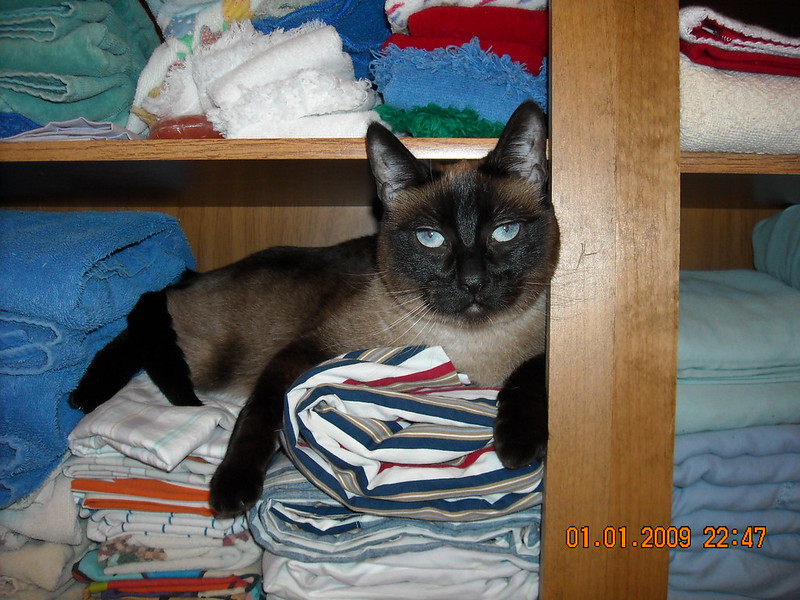 While she wasn’t the lap cat that Buddy (post) was in her early years she would snuggle with him and they both liked to watch football with me. She would lay between my legs often resting her head on my foot or shin. 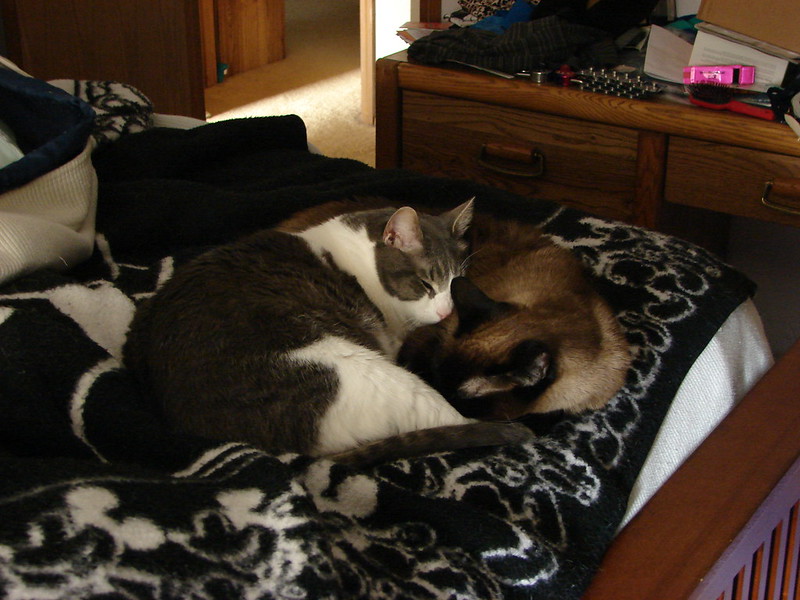 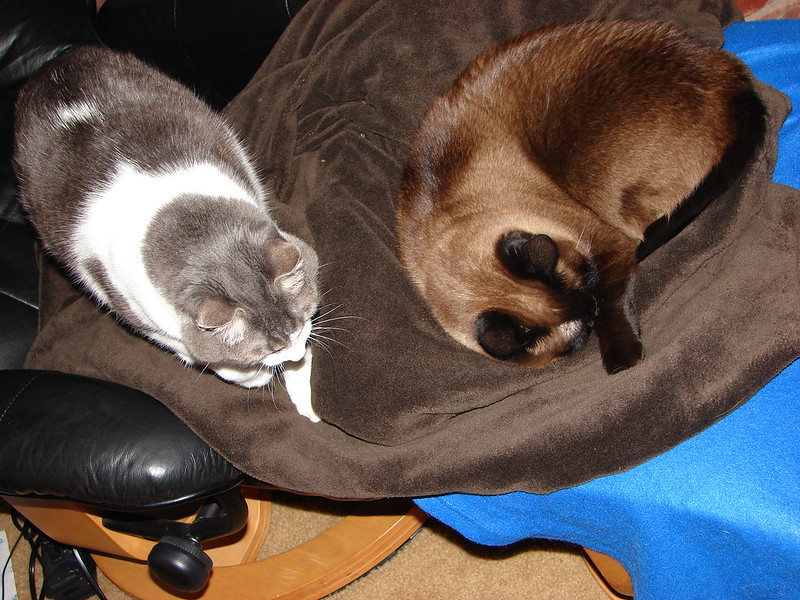 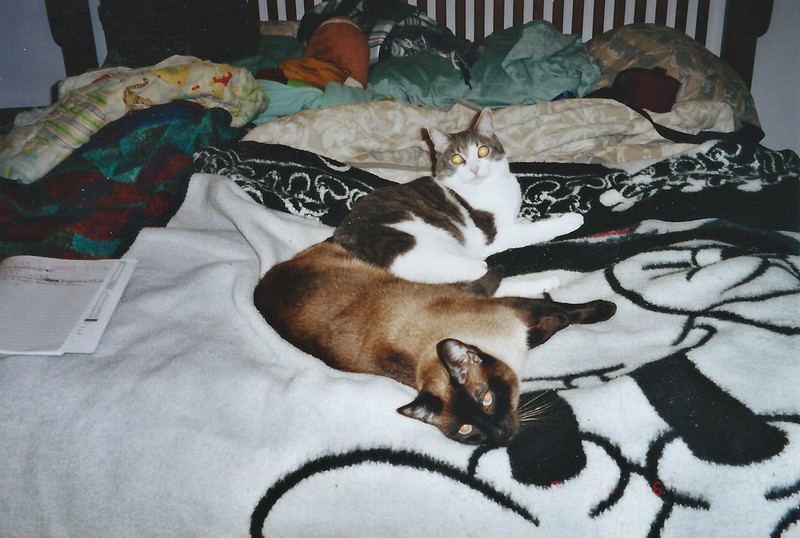 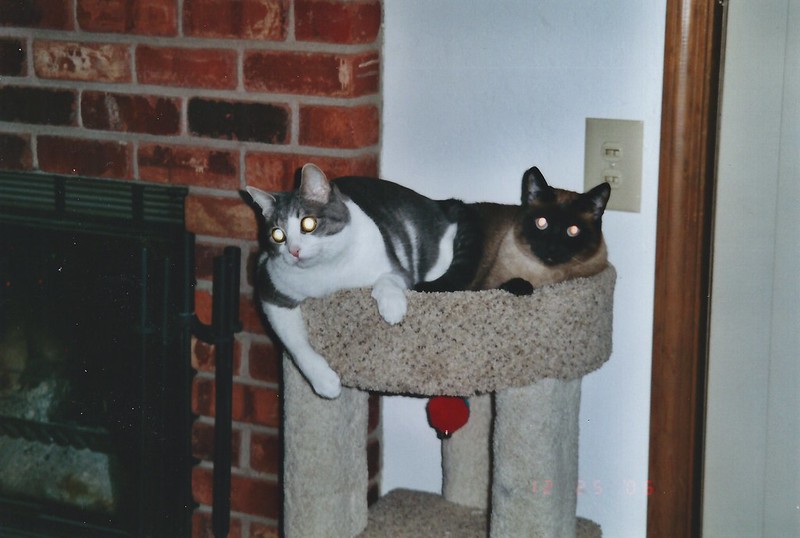 She was, at heart though, a momma’s girl. At night she was often found sleeping on Heather’s pillow. 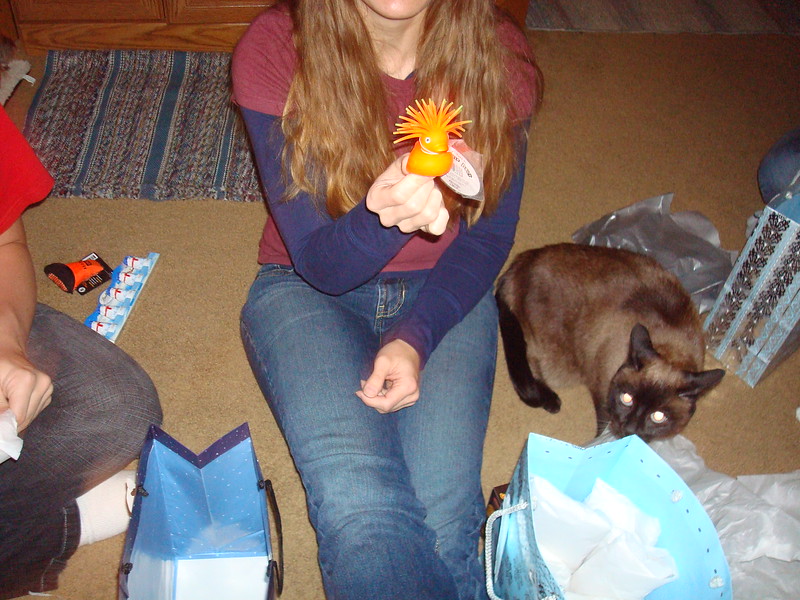 Hazel didn’t want anything to do with anyone outside of Heather, Dominique or myself. At least not until these last couple of years when age (and thyroid medication) made her calmer. A nervous cat she would spend a lot of time inspecting the house and everything in it. She would constantly be changing her sleeping spots, always somewhere where she could keep an eye on the whole family, and often we only realized where she was after hearing her little sighing sound she often made while asleep (she had some asthma). 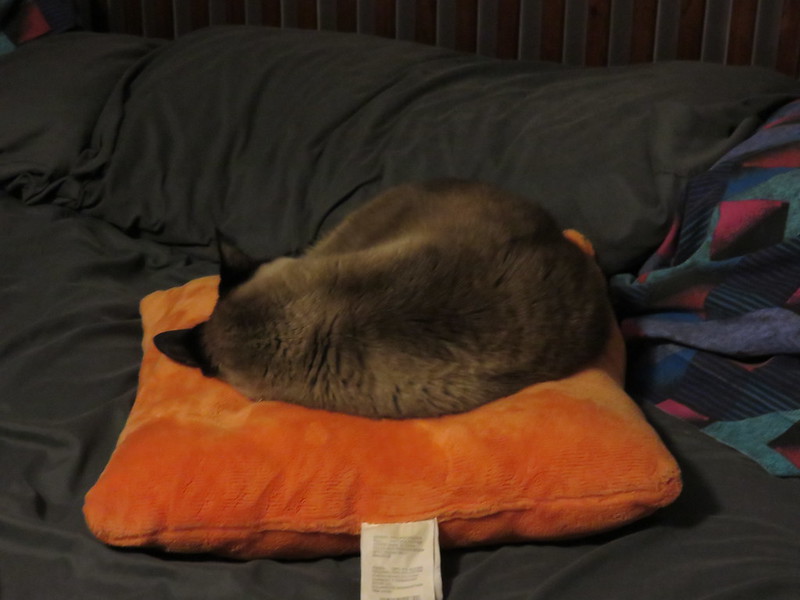 She loved sleeping on pillows. 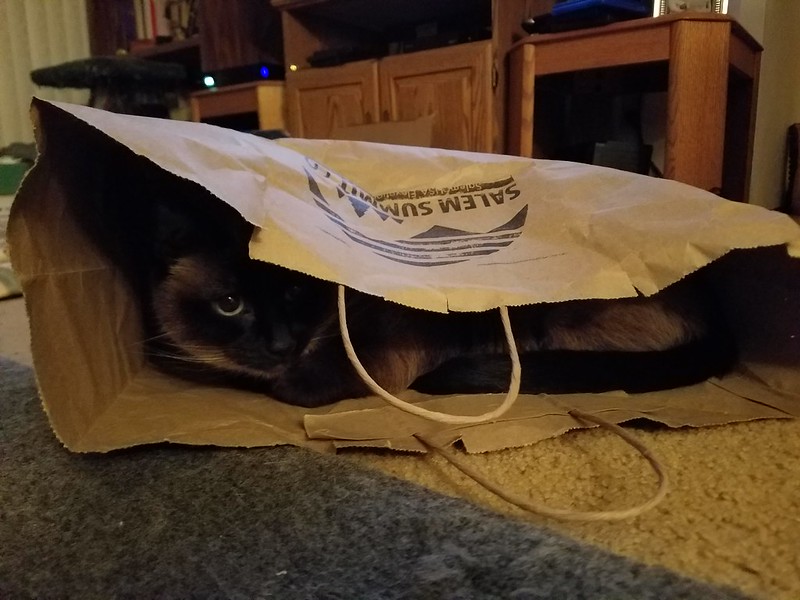 And in the occasional bag/box.

After being diagnosed with a hyperthyroid condition she was put on medication which really seemed to settle her nerves down. Then after losing Buddy she became quite a bit more cuddlier. The only lap she would sit on was Heather’s (and she loved to give Heather “kisses”) but she would lay on my chest anytime I got onto the floor. When I worked from home for a couple of months at the start of the COVID pandemic it was Hazel that made sure I took my breaks and lunch by demanding I stop working and lay down for a few minutes so she could sit on me and nuzzle my chin whiskers. She also started sleeping on top of Heather’s side (or at times on my lower legs again) until the cancer caused some changes. A few months of steroid treatment seemed to help but it came back with a vengeance over the last couple of weeks but she can rest now and hopefully Buddy was there to greet her again. 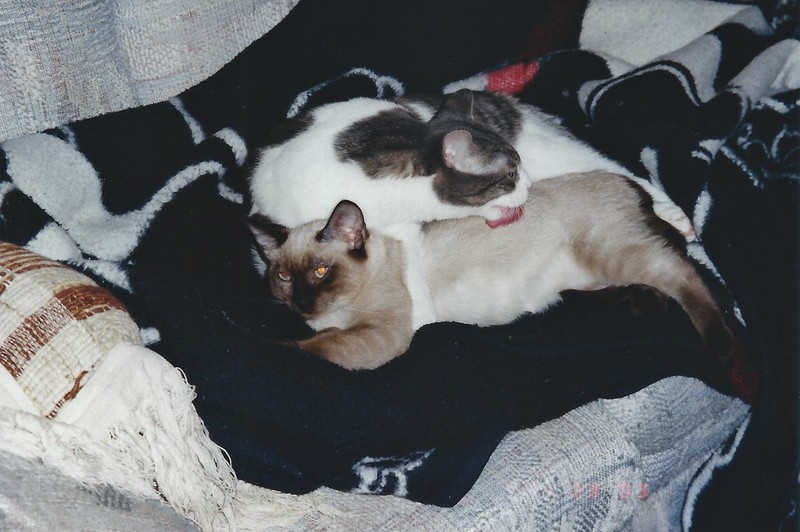 Hazelnut will be sorely missed but we have nearly 18 years of memories to look fondly back on. Goodbye Little Princess. 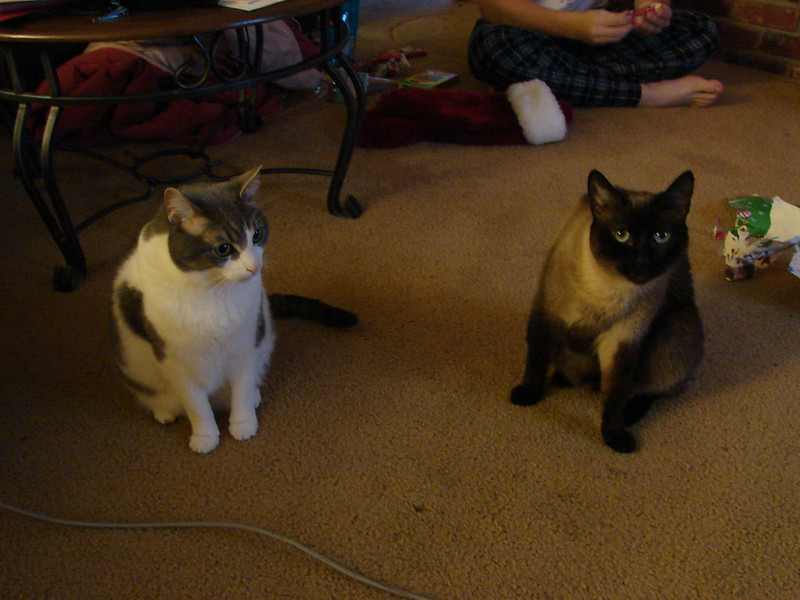 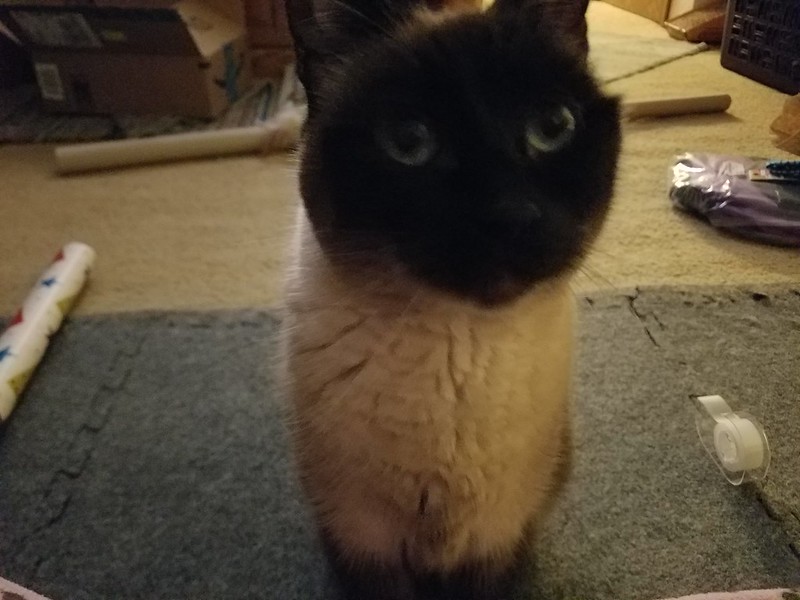 Sorry for your loss. 😢 But 18 years is a good run for a kitty. We waited a year before a new bundle of fur came into our lives – along with a whole new set of charming and odd behaviors. 🙂 So, after you’ve given yourself some time. you too might find room for a new kitty? 😸

Thanks Bruce, we do plan on opening our home to a couple more in time.

[…] We picked this trail because it was on our way back to Salem, we hadn’t been here before, and it was nice and short. The trail itself is about a mile long passing Pika Lake and ending at Fir Lake and after averaging just over 12 miles a hike for the previous five days a short hike sounded nice. We were also in a bit of a hurry to get home to see our cat Hazel who we were going to have to say goodbye to soon (post). […]

[…] cute puppy named Hazel, the same name as our cat that we’d lost a year ago nearly to the day (post). The puppy even shared similar colored fur to our […]

[…] to spending some time with our new kittens. After losing Buddy in 2020 (post) and Hazel in 2021 (post) we’d been cat-less for over a year. With Heather unable to hike it seemed to the perfect […]