From late Autumn to mid Spring we drop our hikes to roughly one a month. There are a few reasons that we do this. One factor is how busy life gets during the holiday season between Thanksgiving and New Years. A second reason is that the weather is much more prone to being less than optimal for both hiking and driving. The primary reason though is simply to give ourselves a break which allows our bodies to (hopefully) heal from any nagging injuries and keeps us from burning out on hiking. This 6 month on, 6 month off approach has worked out fairly well for us and by the time our “hiking season” rolls around we are refreshed and excited about hitting the trails in earnest again.

Typically after the holiday season my focus turns to planning, both for the current year and future years. Over the last few off-seasons I’ve created plans through 2029. On average each year consists of 63 hiking days and almost 700 miles. While I stopped at 2029, each off season allows me to rearrange the hikes adding newly discovered destinations and rescheduling or removing hikes that have been lost or damaged by fire, floods, or logging activities. Other hikes need to be moved due to temporary closures for improvements or pandemics. An added benefit of scheduling like this is the ability to pivot easily mid season if the planned hike is not viable; we already know some of the other best hikes for that time of year and cuts down on research.

So what is next? We currently have 508 hiking days lined up between now and December 31, 2029 with only about 20 of those days being exact repeats of an outing from a previous year. Nearly all of which are the hike back to a trailhead from a planned camp site. Even after having completed several of our hiking goals such as visiting all of Oregon’s designated wilderness areas (post), hiking in all of Oregon’s counties (post), and hiking all 100 featured hikes in William L. Sullivan’s guidebooks (Central Cascades, Coast, NW Oregon) there are still a lot of nearby trails, or at least sections of them that we haven’t explored. We do still have two of Sullivan’s books to finish, the Eastern and Southern Oregon regions (post) so those hikes are obviously included in the future plans. Currently 24 of the remaining hikes are on the schedule for 2022 with a few more on standby if they are reopened this year. (Several trails are currently closed due to wildfires in 2020.) Over the next three years we have 12 trips planned to finish off the 47 remaining hike in southern Oregon and we have 6 trips planned in the next 4 years to complete eastern Oregon.

We did attempt to get our hands on permits to hike the Wonderland Trail around Mount Rainier, but while we did manage to land early access to reservations we couldn’t make an itinerary work. We had a short window in August that we needed to fit the 10 day hike into but came up one campsite short no matter where we tried to start from or which direction we went around the mountain in. We will keep trying and hopefully some year will be able to take on this challenging 93 mile loop. 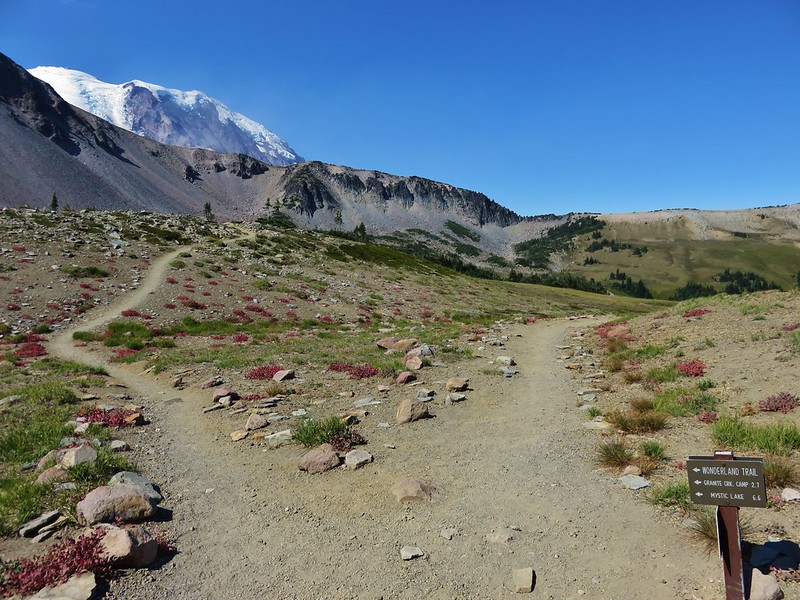 We began 2022 with 65 planned hiking days and have completed 4 so far: (Balch Creek, Yakona Nature Preserve), CZ Trail – East Fork Nehalem River Section, and Balfour-Klickitat & Lower Klickitat Trail. That number includes hikes in Washington and California. While we aren’t going to be able to take the Wonderland Trail around Mt. Rainier we do have a hike around another mountain in the Cascades planned for this summer, Three Fingered Jack. 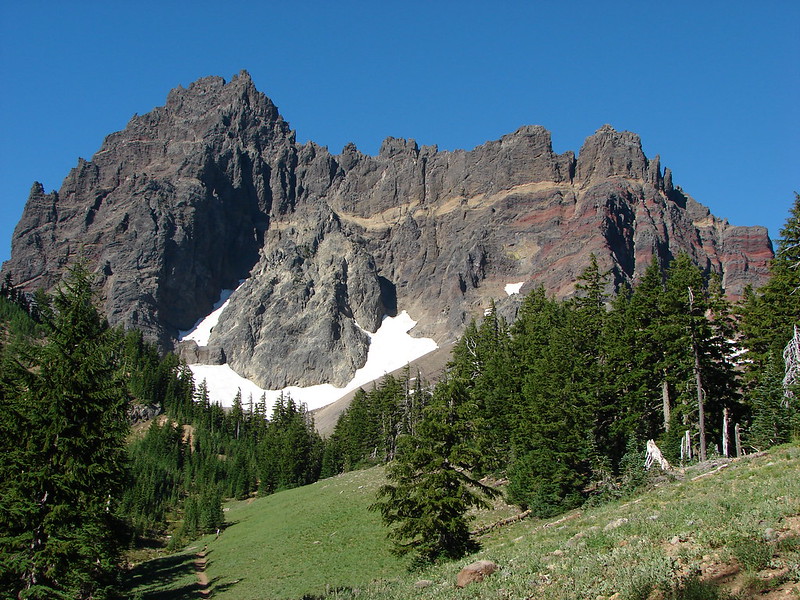 Eight wilderness areas are on the schedule. One of these, the Siskiyou Wilderness in NW California, would be new to us. The others being the Mt. Adams, Eagle Cap, Mt. Jefferson, Waldo Lake, Rogue-Umpqua, Sky Lakes, and Red Buttes Wilderness areas. We are also planning on spending some time in Crater Lake National Park this year. 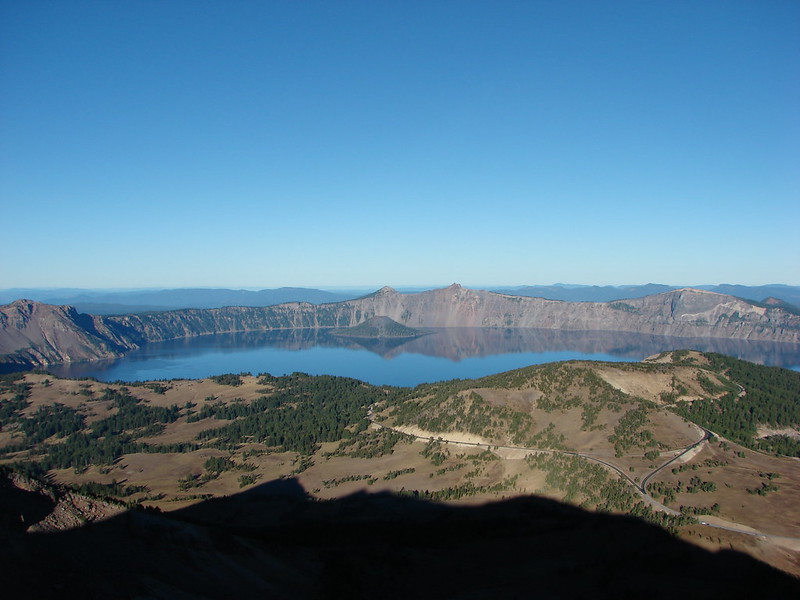 With any luck we will finally be able to cross Mt. Ireland off our to-do list. In 2017 snow caused us to skip a planned hike to the lookout. 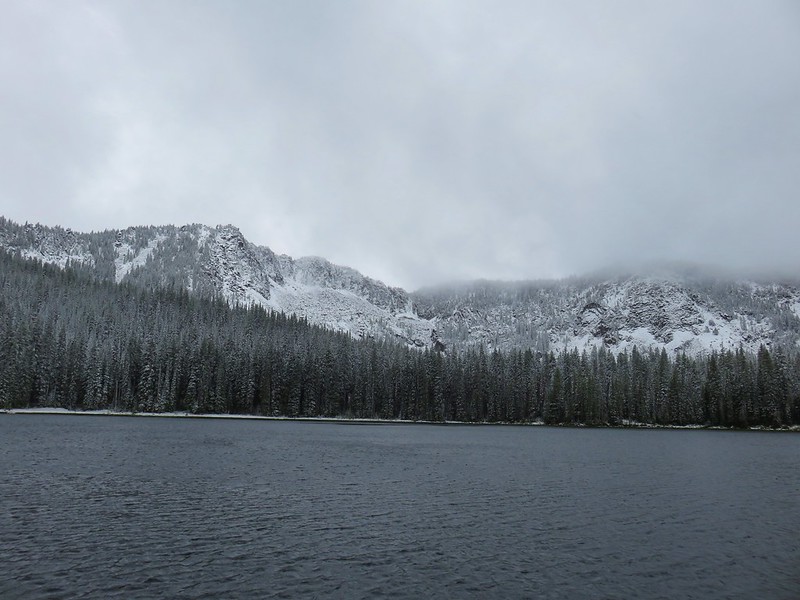 The following year lightning cancelled our plans after having spent 5 days in the Elkhorn Range. 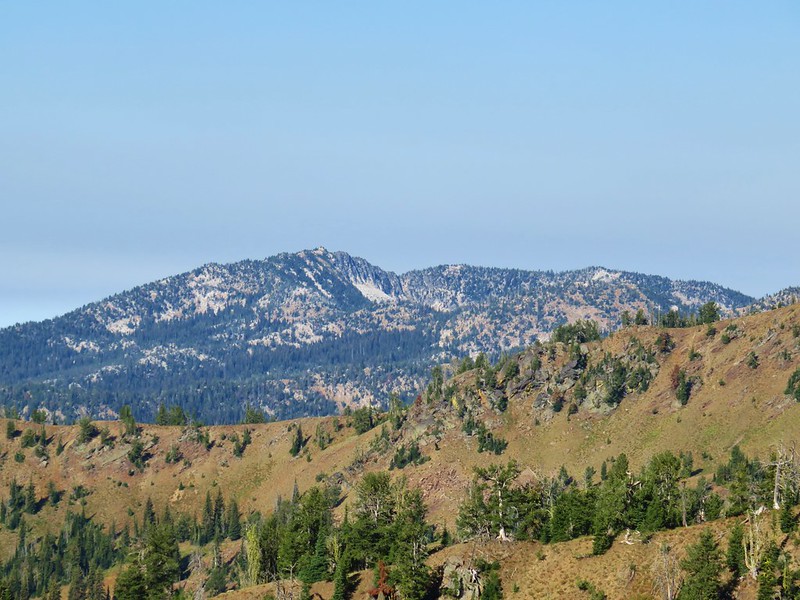 Mt. Ireland from the Elkhorn Trail before the storms moved in.

Looking further ahead our bucket list of hikes includes expanding the area that we visit with trips to the Olympic, North Cascades, Yellowstone, Glacier, Death Valley, Yosemite, Zion, Bryce Canyon, Great Smoky Mountains, and Hawaii Volcanoes National Parks in the United States as well as Yoho and Banff National Parks in Canada. We also plan on spending some more time hiking in Idaho and have at least one stop planned in both Nevada and Missouri.

Who knows how many of these hikes we will actually get to experience but as long as we are around (and healthy enough) we’ll be chipping away at them. The list and timing is fluid with new hikes coming onto our radar and existing hikes occasionally vanishing, whether it be due to floods, fires, logging, or simply lack of maintenance. What the list gives us is motivation and hikes to look forward to. Happy Trails!