When it was time to say goodbye to Central Oregon we packed up and headed for one final hike. We chose Marion Lake as the destination hoping for some good fall colors along the way. We passed over the crest of the Cascade Mountains returning to the west side and the Mt. Jefferson Wilderness. The Marion Lake Trail set off through a green forest before entering the wilderness area. 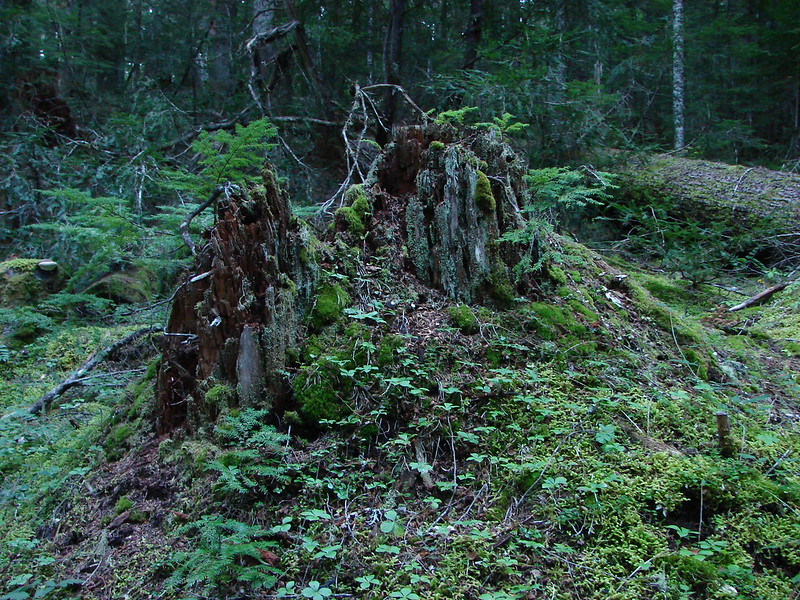 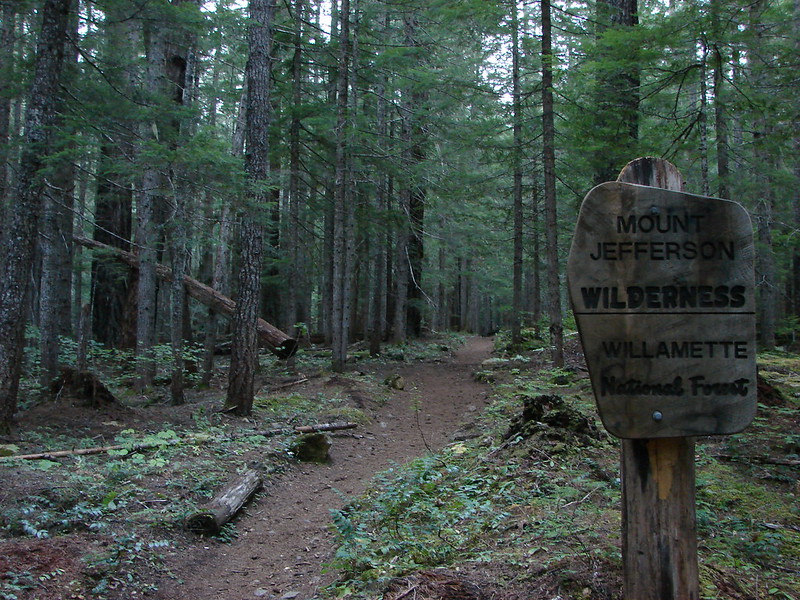 We soon found the fall colors we were looking for as we reached Lake Ann. 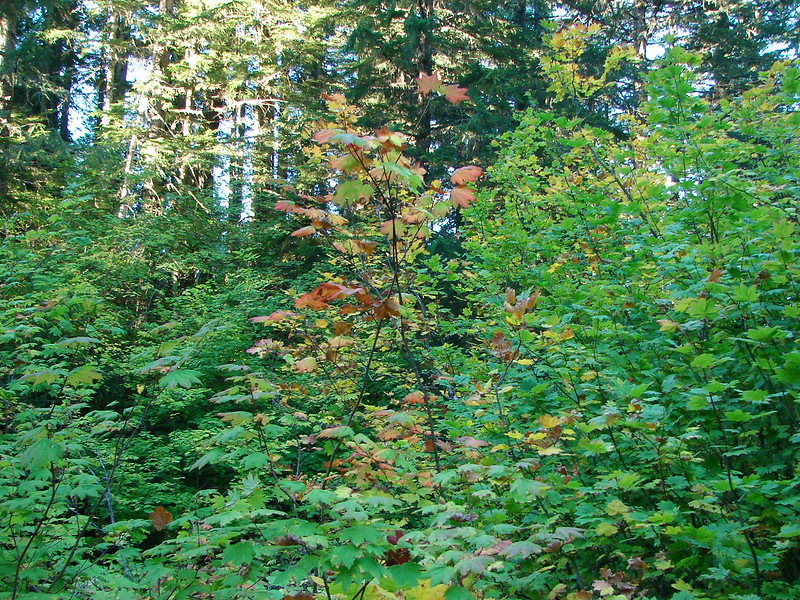 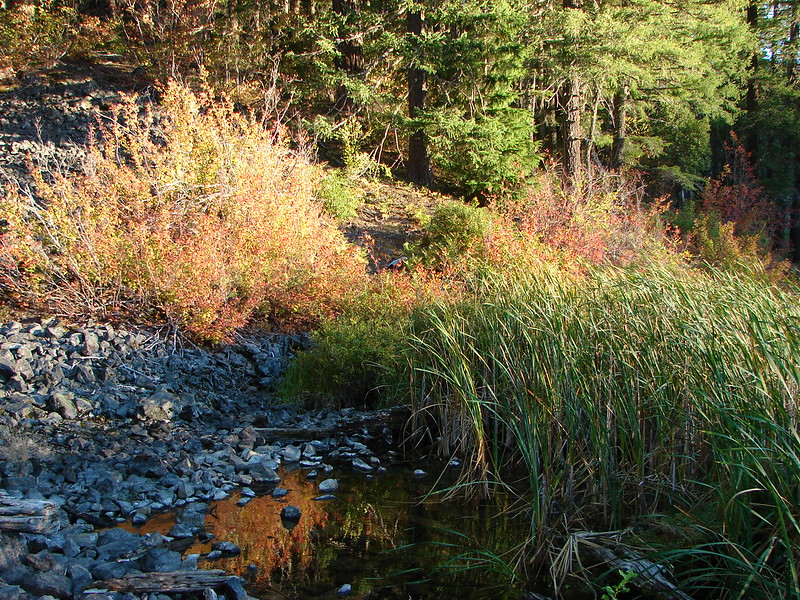 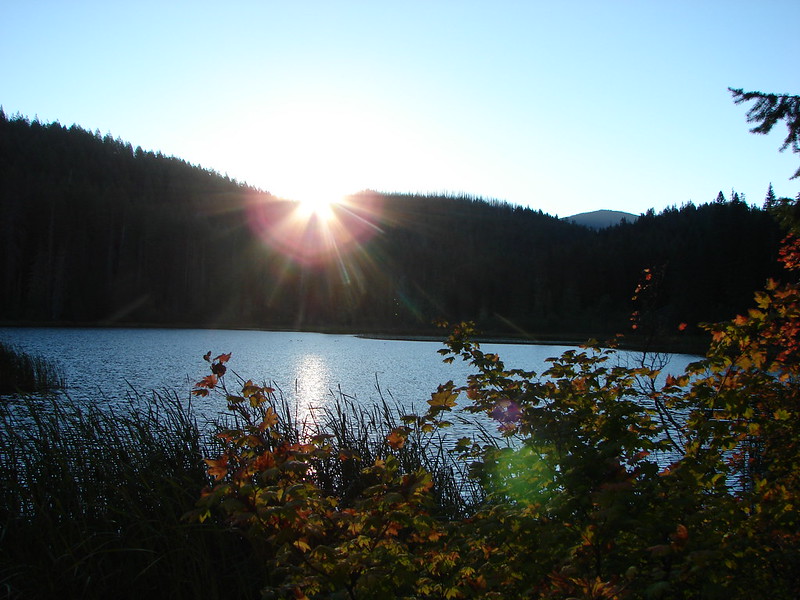 A half mile from Lake Ann we took the Marion Outlet Trail in search of the unmarked side trail to Marion and Gatch Falls. 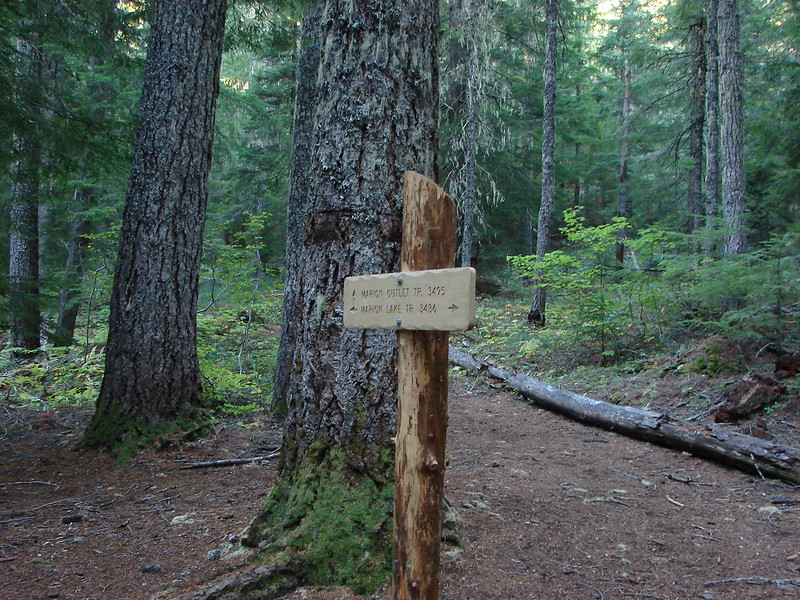 The side trail was about 200yds from the junction and we followed toward Marion Creek and the falls. Someone had put a sign up indicating a yellow jacket nest along the trail so we bypassed that section rejoining the path a bit beyond an overlook of the falls. The path continued steeply down to the base of Marion Falls. 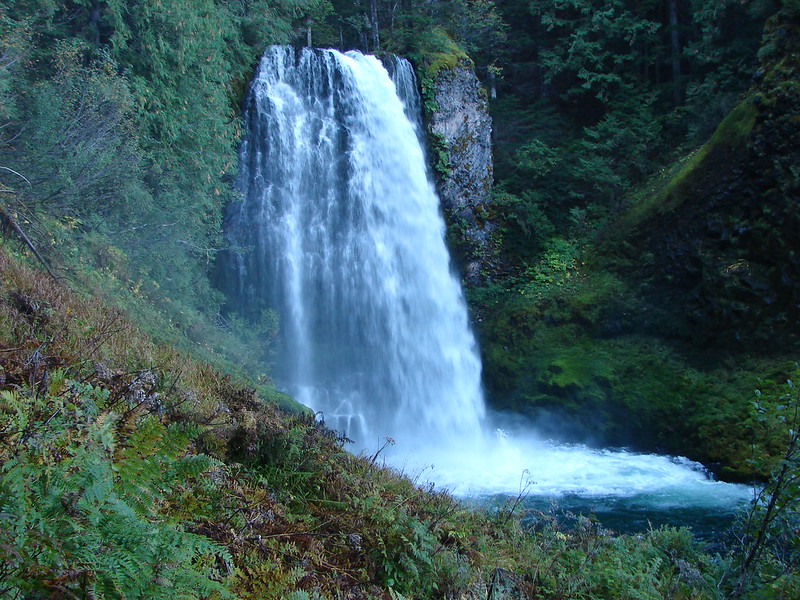 From Marion Falls it was just a short distance down to a view that included Gatch Falls (which some have argued is really a lower tier of Marion Falls). 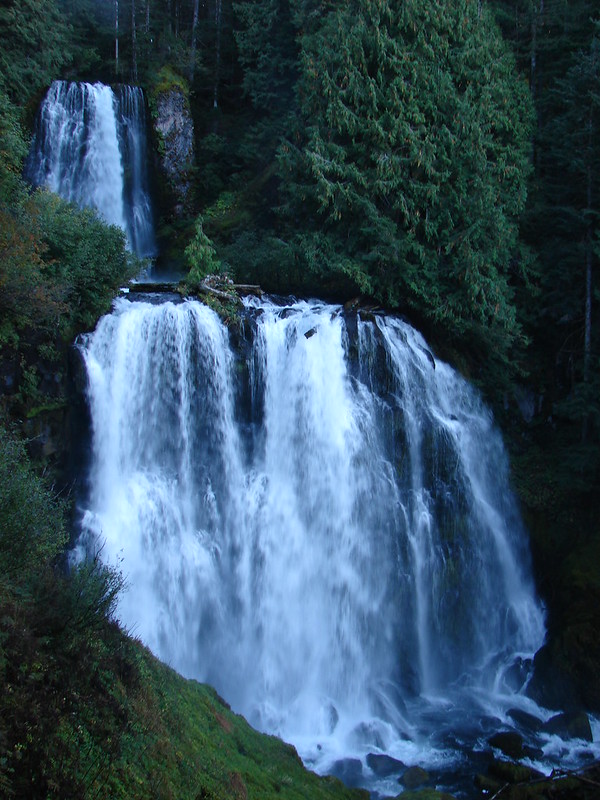 After visiting the falls we continued toward Marion Lake. At a junction with the Blue Lake Trail we crossed Marion Creek hoping to get a view of Mt. Jefferson from across Marion Lake. 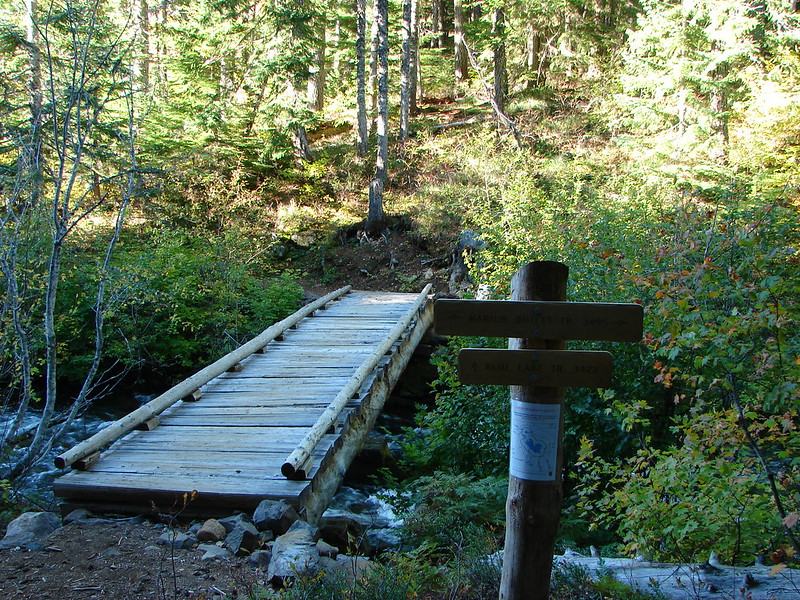 At the edge of a rock field that was ablaze in Fall colors we followed a path down to the lake shore where there was a nice view of Mt. Jefferson to the North. 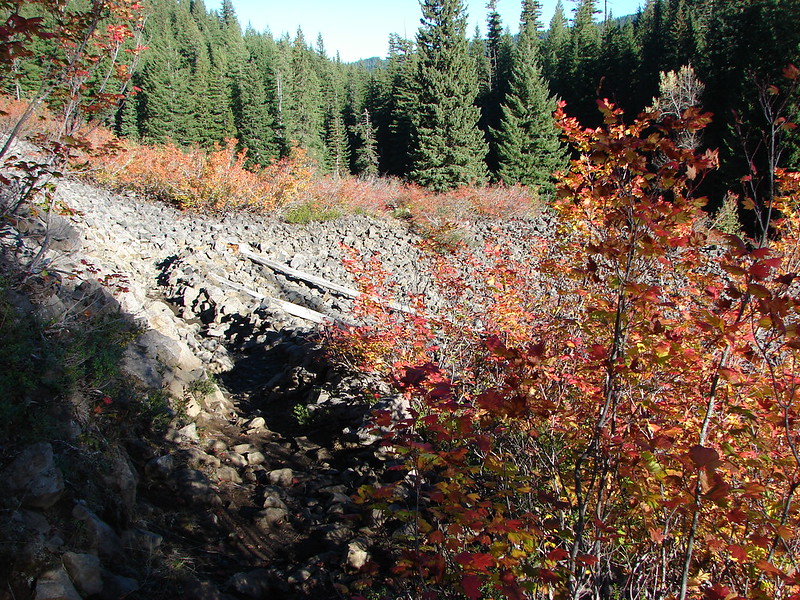 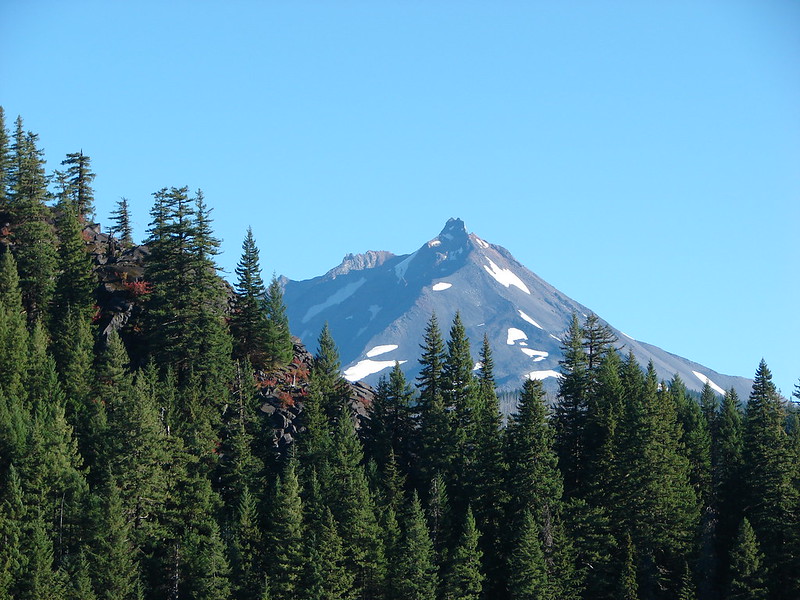 There was an Osprey circling the lake apparently looking for breakfast. 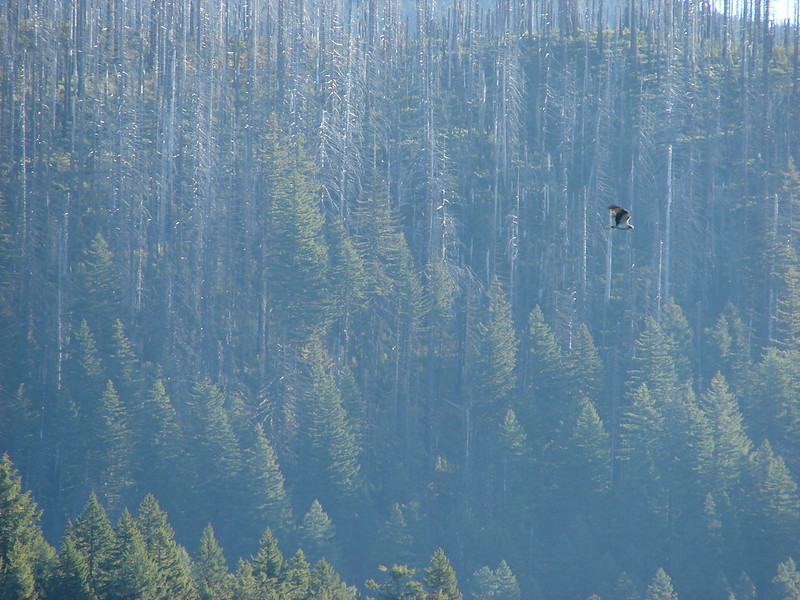 We then recrossed the lake’s outlet and headed toward Marion Lake’s day use peninsula. As we made our way around the lake Three Fingered Jack came into view. 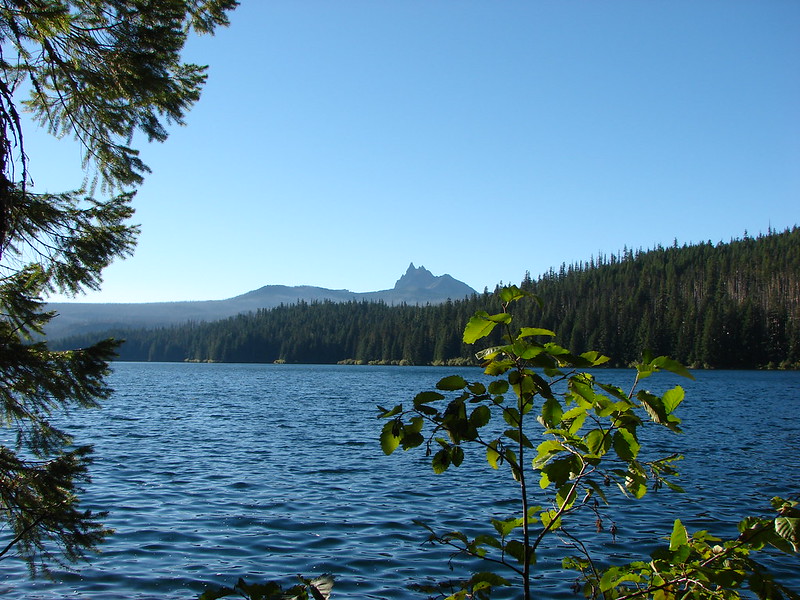 From the peninsula both Mt. Jefferson and Three Fingered Jack were visible but never at the same time. 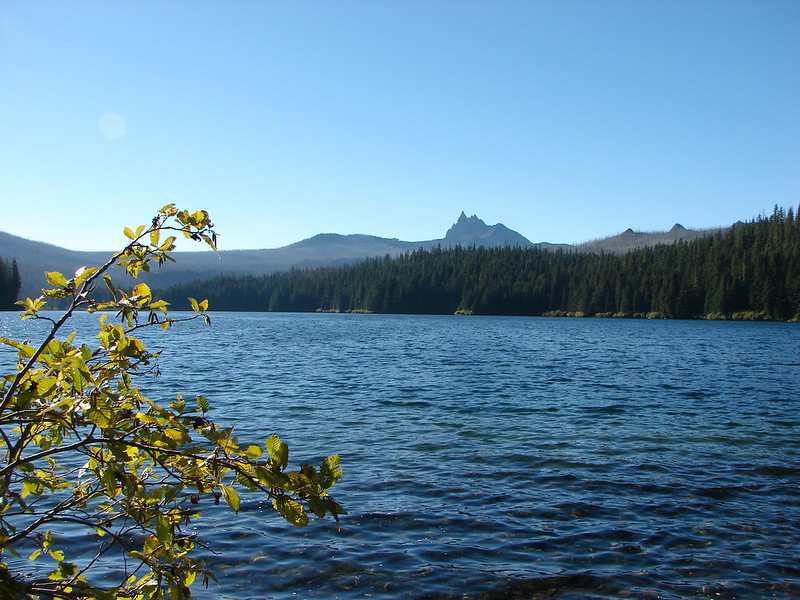 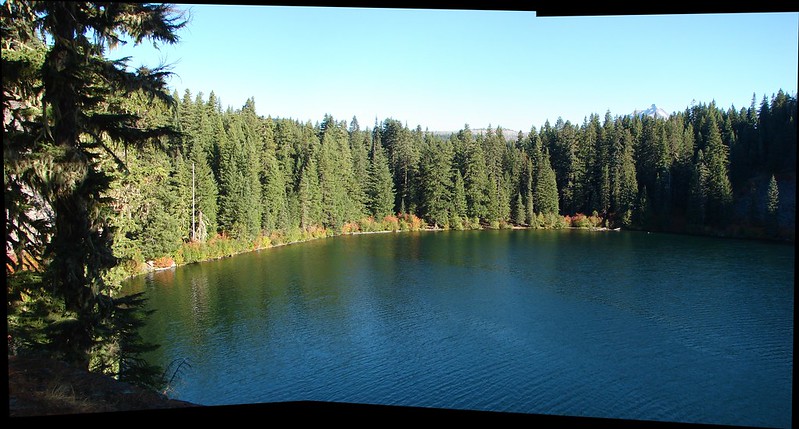 After leaving the peninsula the trail crossed over another rock field with even more colorful leaves and many small birds. 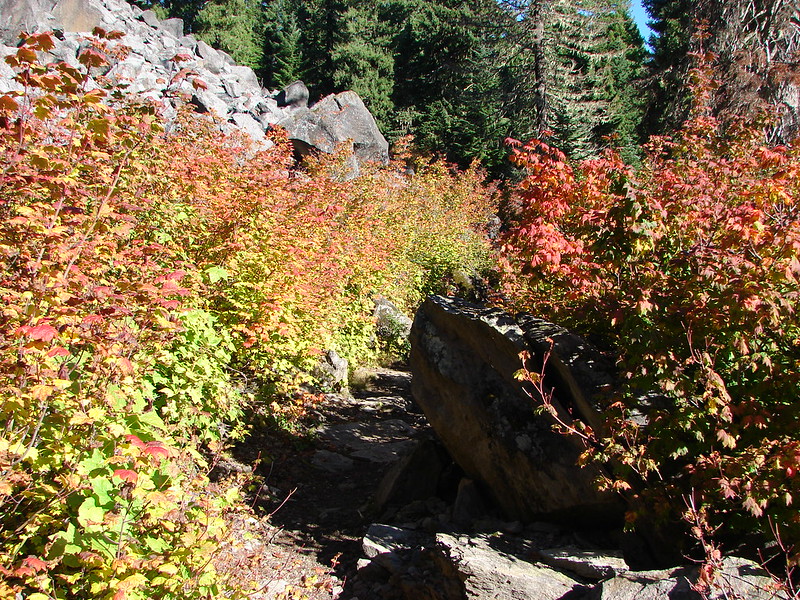 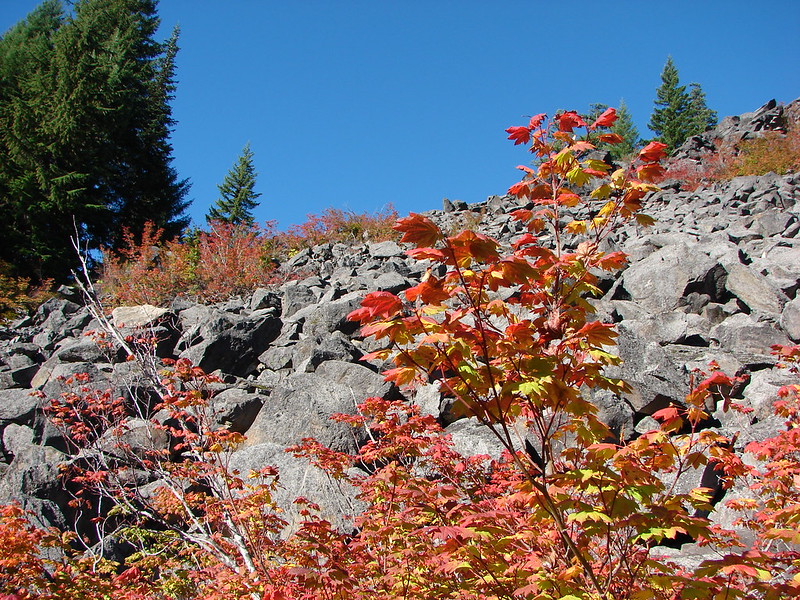 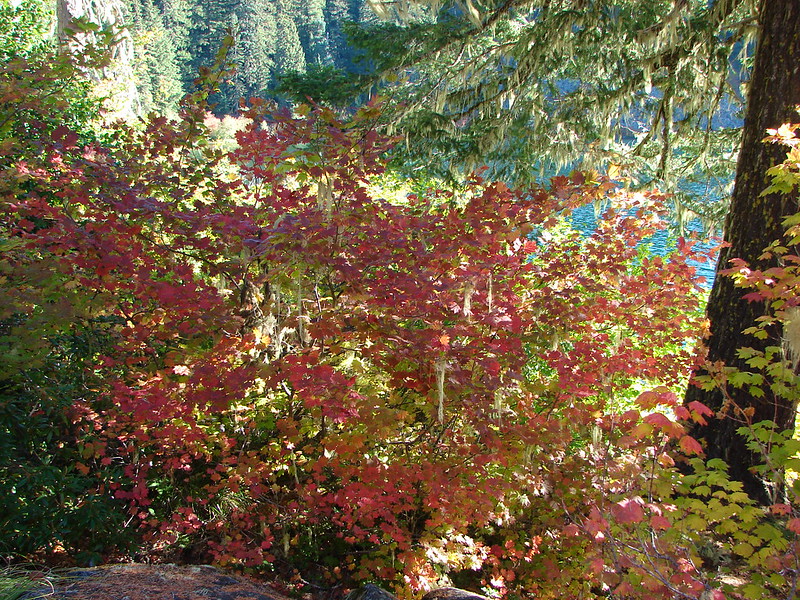 Looking back we could see the peninsula and Three Fingered Jack. 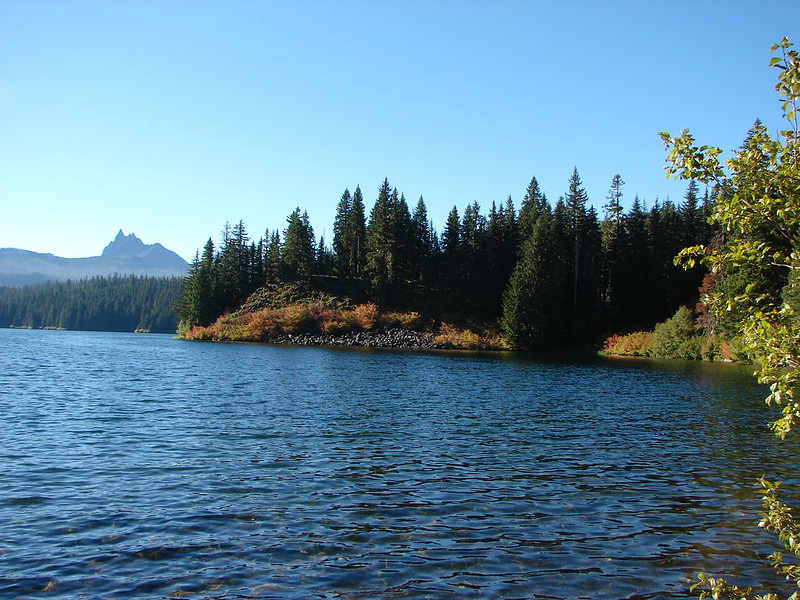 After leaving the lake shore we came to another trail junction which was unsigned. We turned left to complete the small loop back to the earlier junction just prior to the Marion Falls side trail. There was more rocky hillsides and orange leaves along this portion. 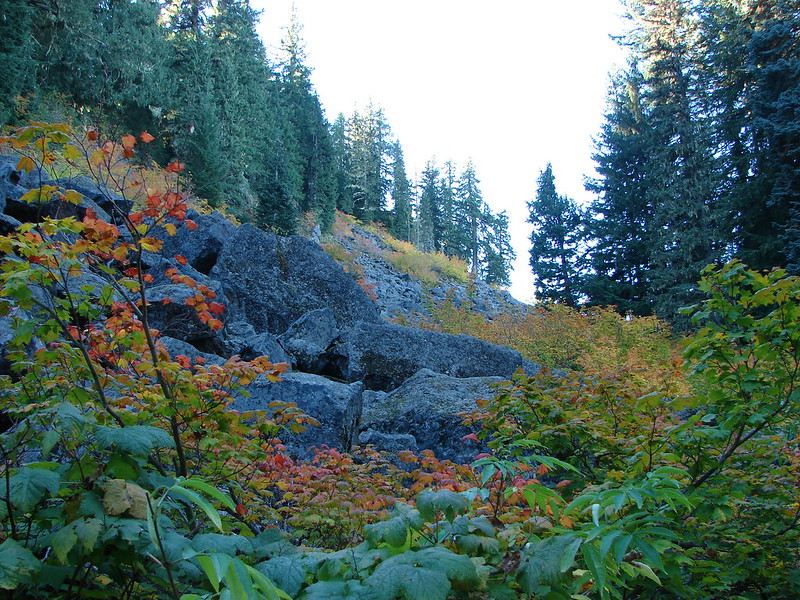 We returned to Lake Ann where we found a good number of ducks floating on the far side of the lake. 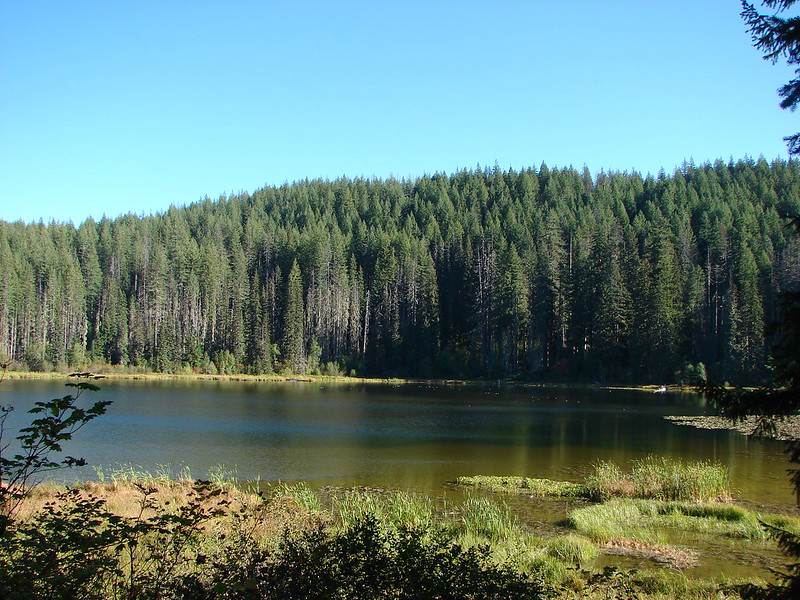 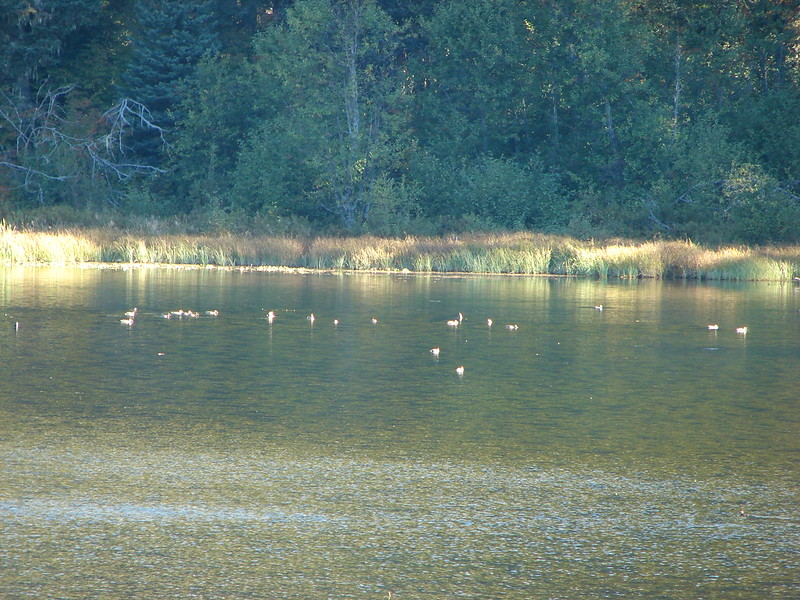 From there we finished off the final 1.8 miles of our vacation hiking. It was time to go back and get ready for my Grandmother’s 90th birthday party the next day. Happy Trails (and happy birthday Grandma!)

[…] we realized much of it was due to it being the opening weekend of hunting season. We had visited Marion Lake once before in October of 2014 on our way home from Central Oregon, but this time we would be […]