On the fourth day of our vacation we were changing our base of operations from Gold Beach, OR to Crescent City, CA. We planned on checking out of our motel in Gold Beach in the morning and doing three hikes along Jerry’s Flat Road before heading down to our next motel. So far the vacation had been going okay but each day had thrown some kinks our way and this day would do the same.

Our first stop was the Francis Shrader Old Growth Trail. 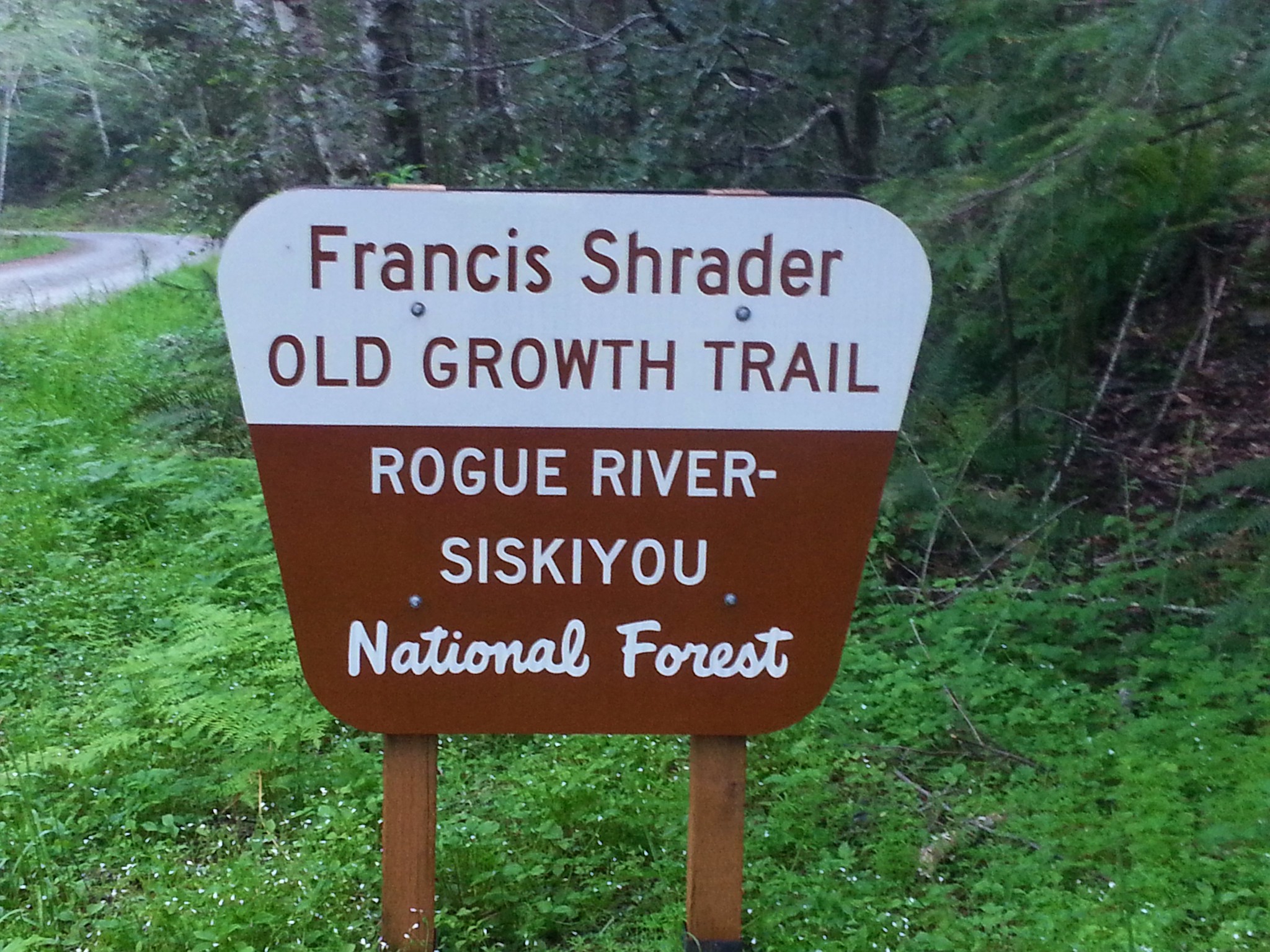 The interpretive loop was just under a mile long. Brochures were available at the trailhead which we found to be very informative. It was probably the best interpretive trail we’d been on and would make a great hike for kids. Unfortunately our phones didn’t handle the low light conditions of the morning in the forest well so our photos were limited. 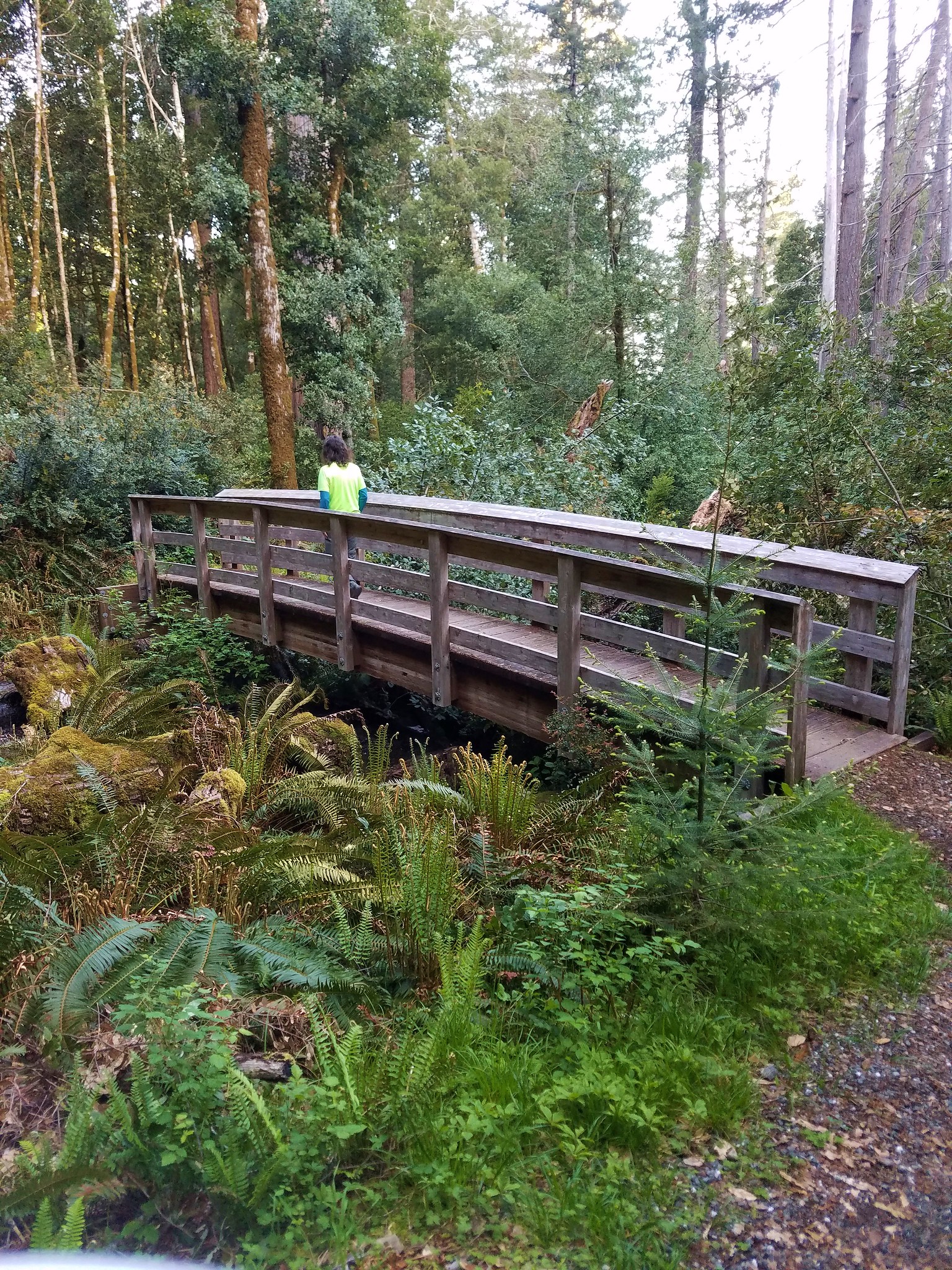 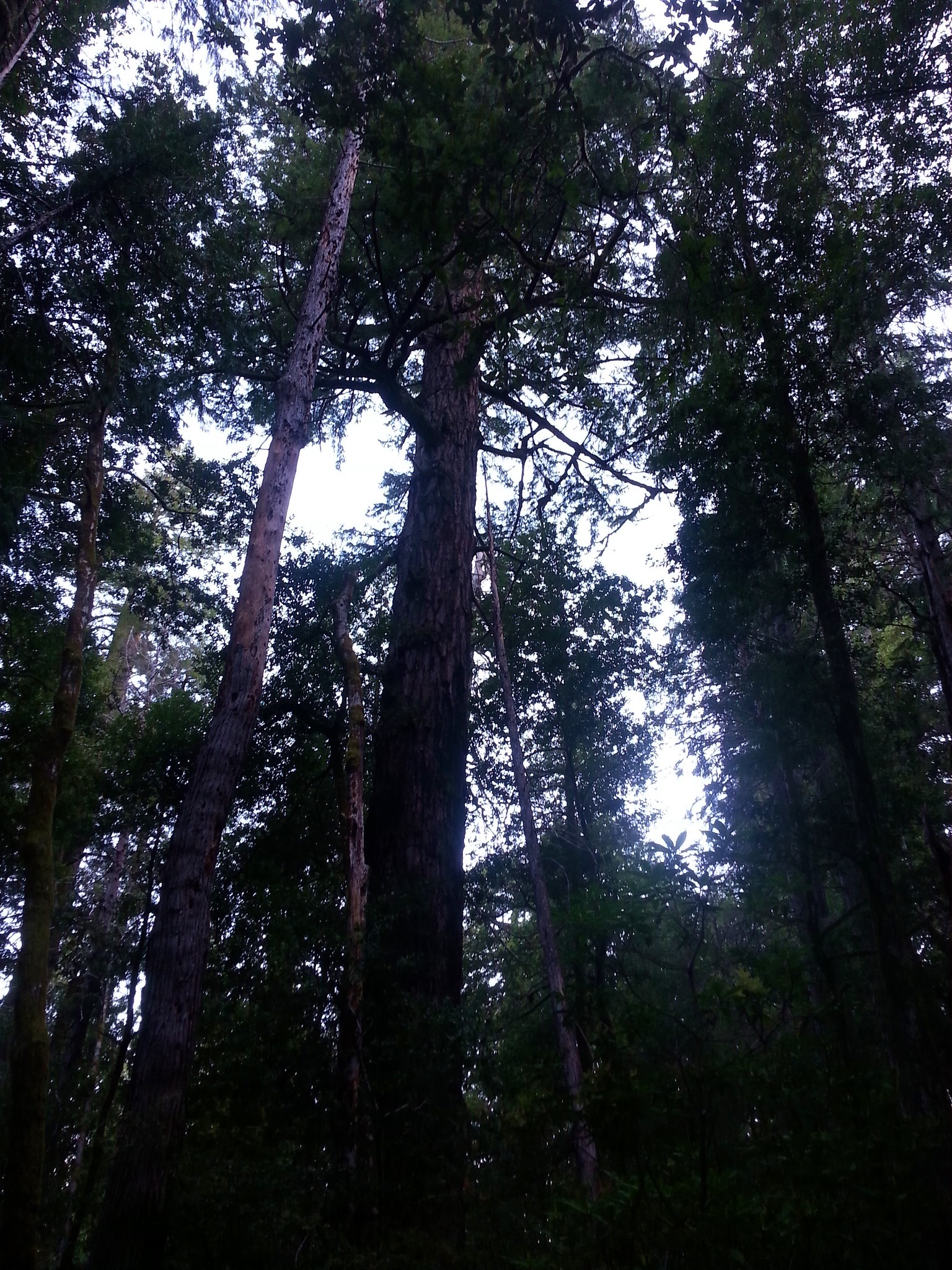 To reach this trail we’d turned off of Jerry’s Flat Road 9.7 miles from Gold Beach onto Road 3300-090 for two miles. Our next stop was just across the Rogue River at the Myrtle Tree Trailhead. To get there we drove 100 feet further along Jerry’s Flat Road and turned left on Road 3310 crossing the river and turning right onto an unmarked road for less than a quarter mile to the signed trailhead. 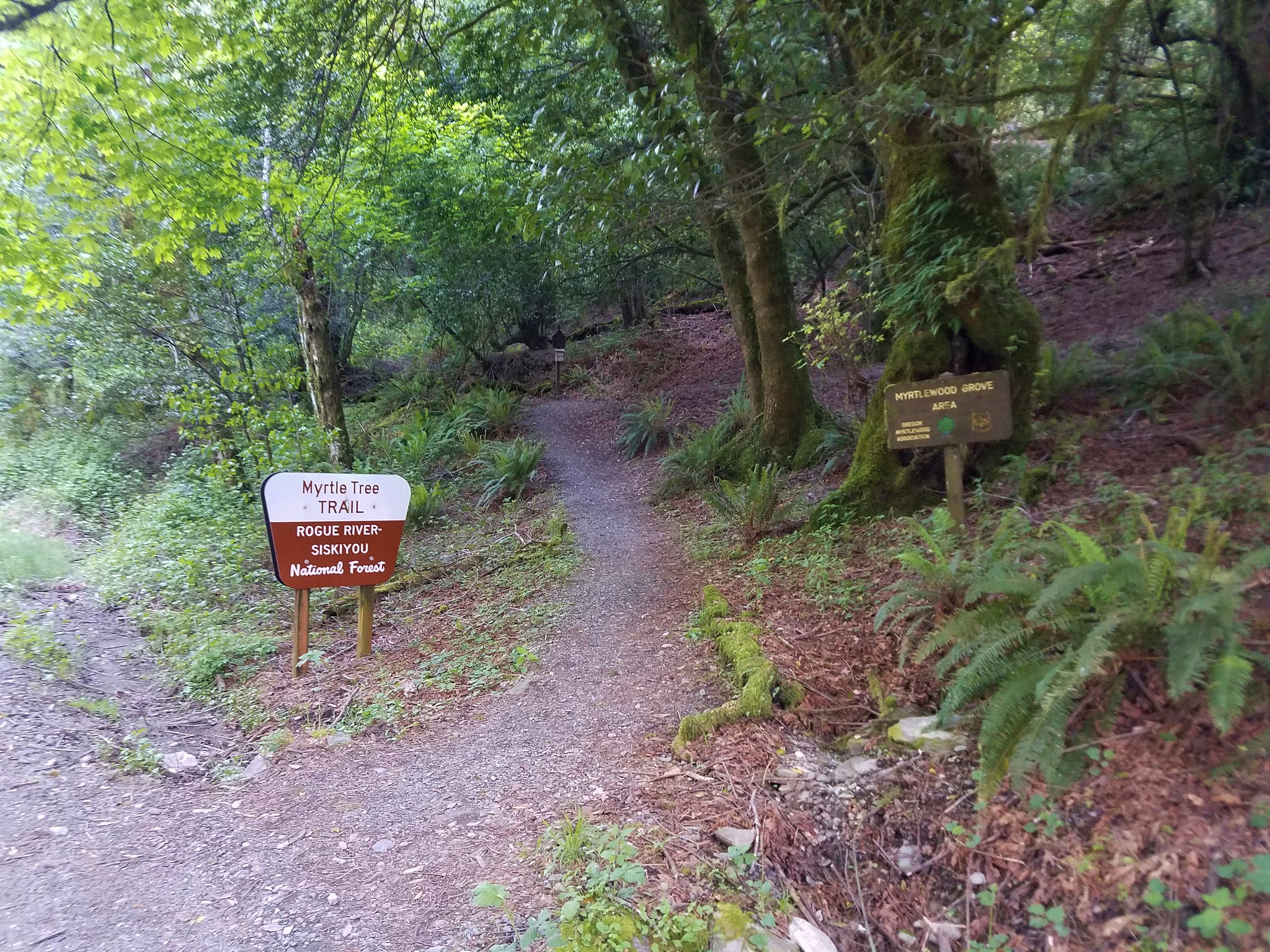 This trail was even shorter than the Old Growth Trail at just half a mile out and back. It climbed to Oregon’s largest known myrtle tree. 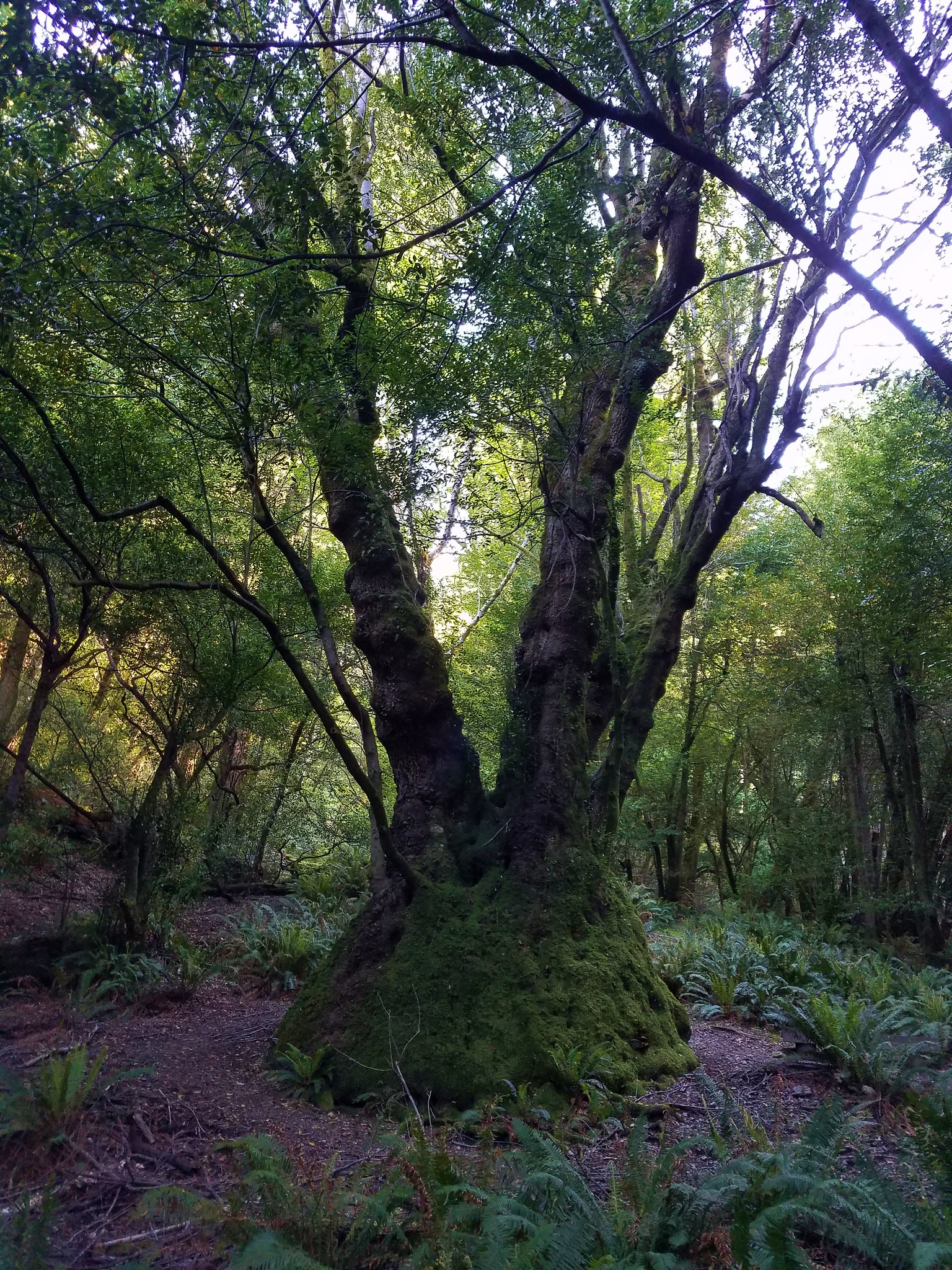 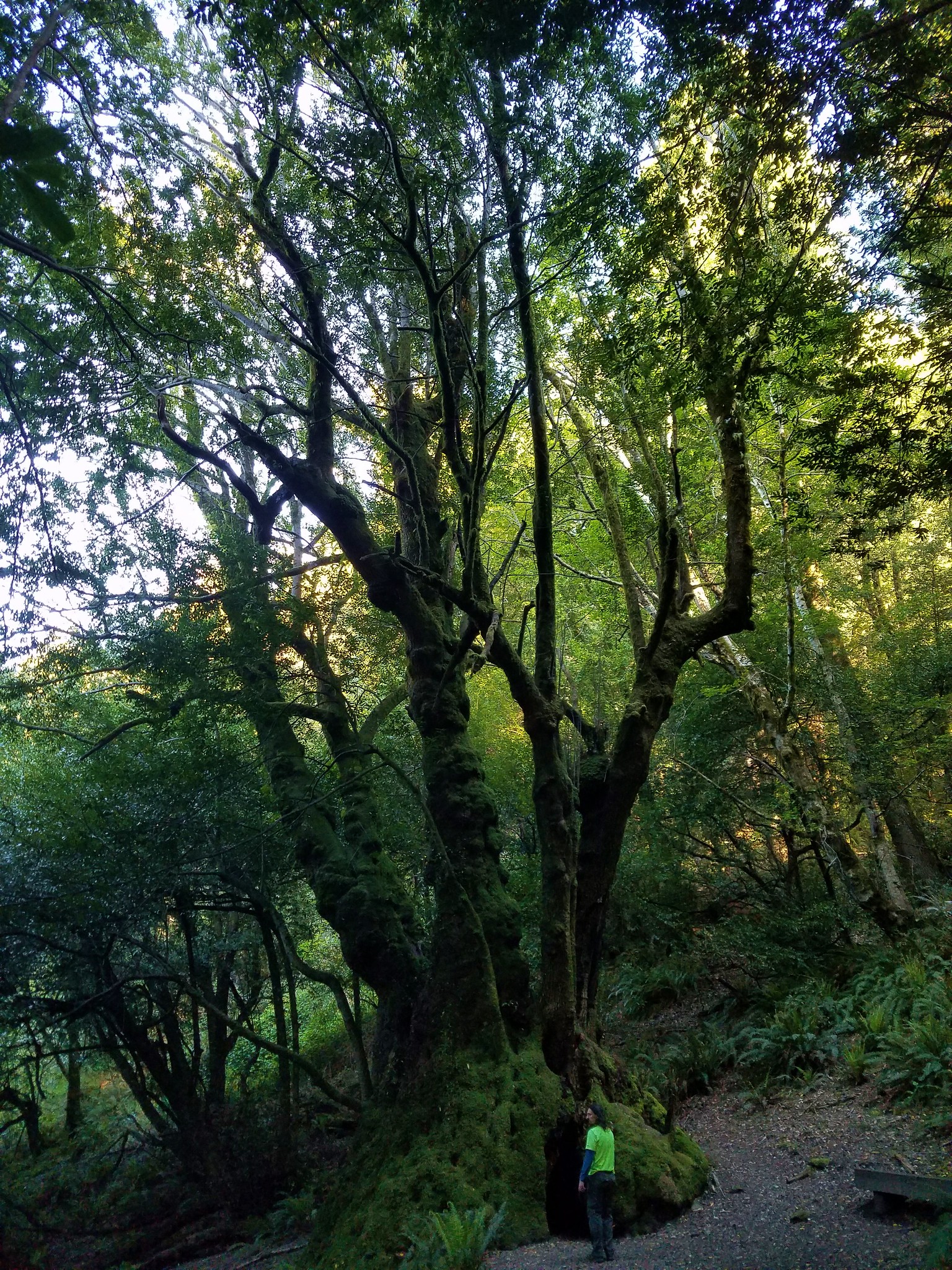 Rough skinned newts and snails were numerous on the trail so we had to watch our steps. 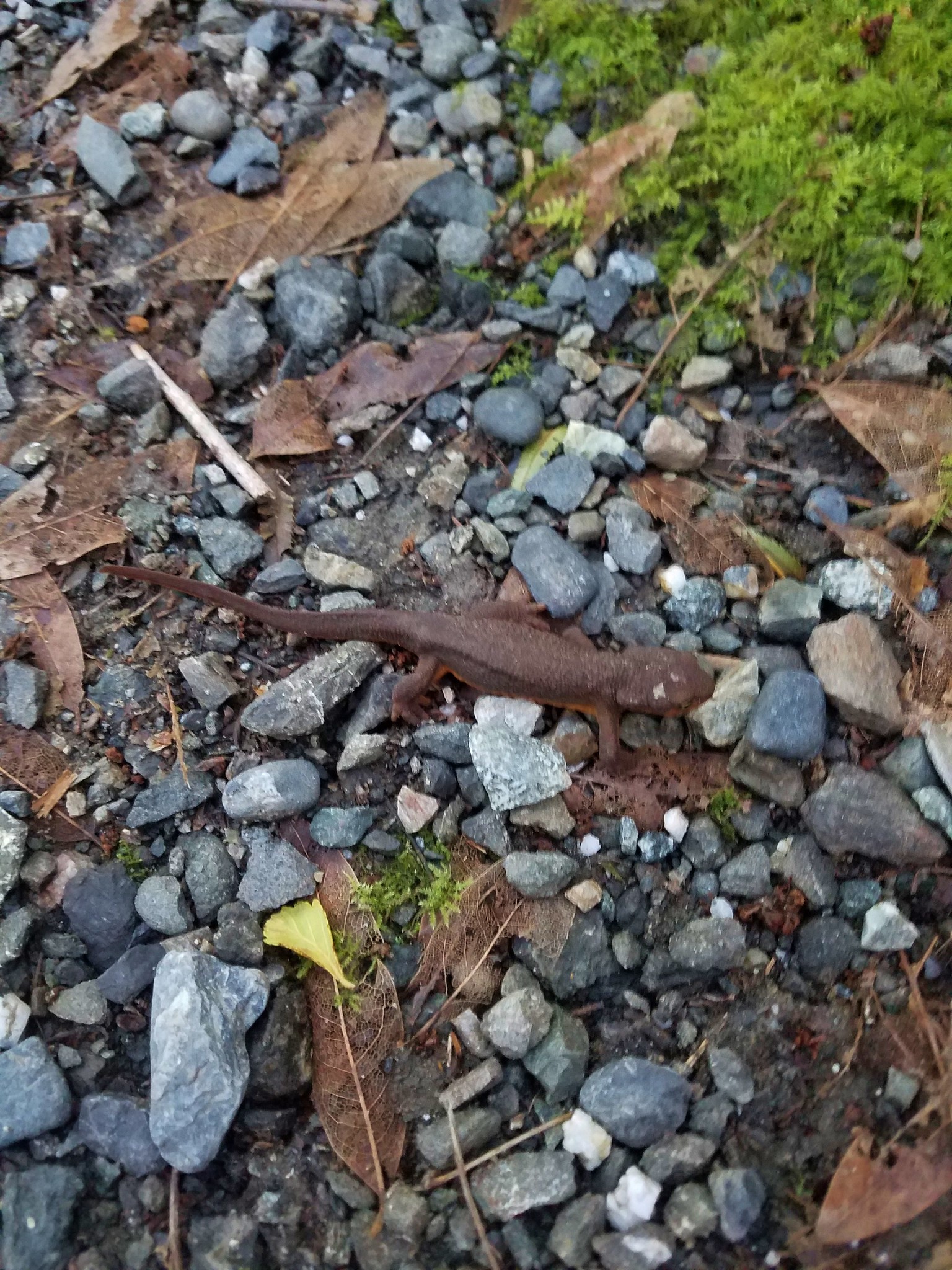 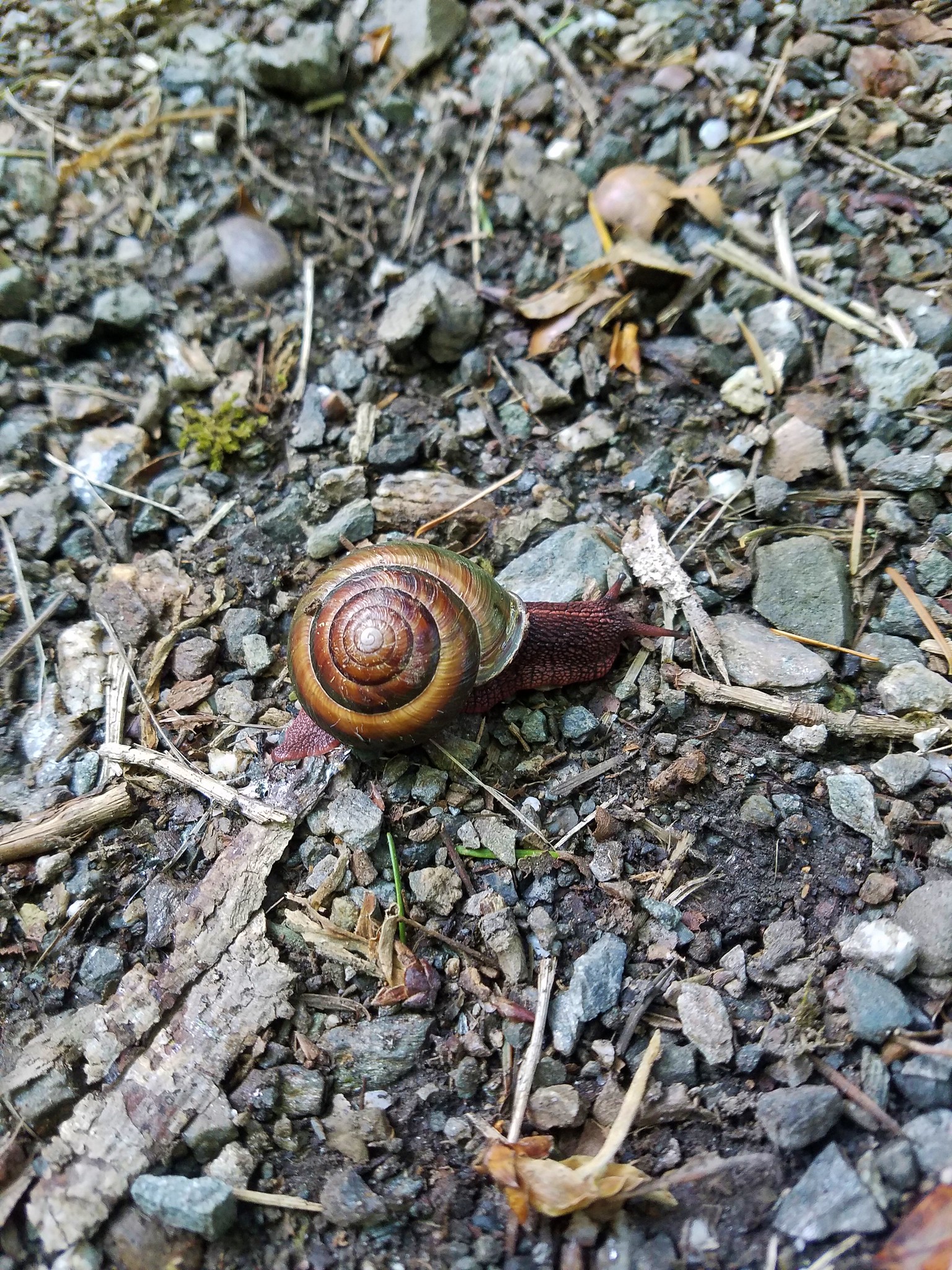 After visiting the tree we returned to Jerry’s Flat Road and followed it across the Rogue Rive to Road 375 where we turned left and followed it to Agness. We parked at the Agness Community Center/Library per the trail signs. 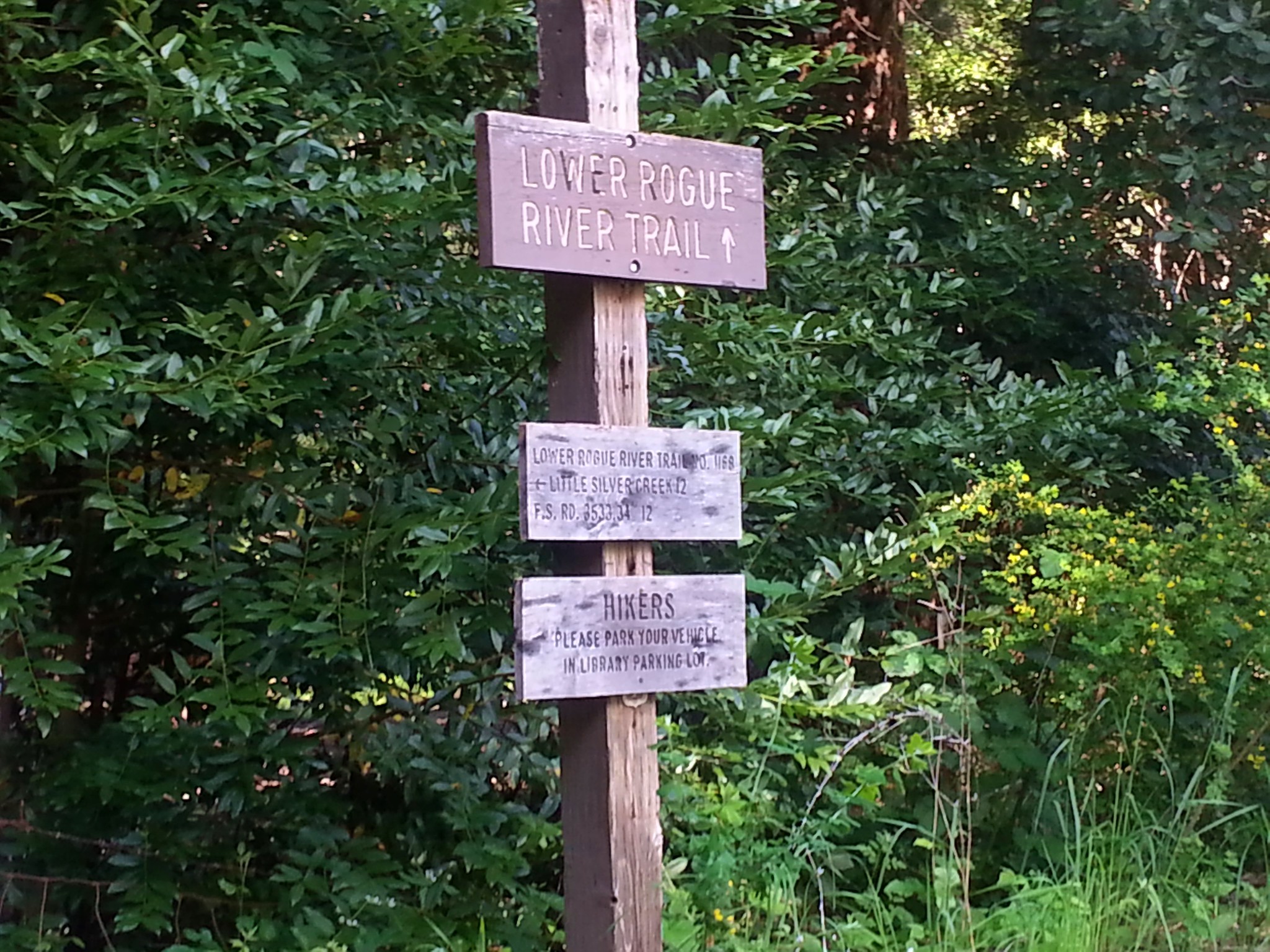 We were a little nervous about our planned 6.2 mile hike here given it was almost the same time of year as our tick filled visit to the nearby Illinois River Trail the previous year.

The first part of the trail follows roads and paths through private property so following the trail signs was important. 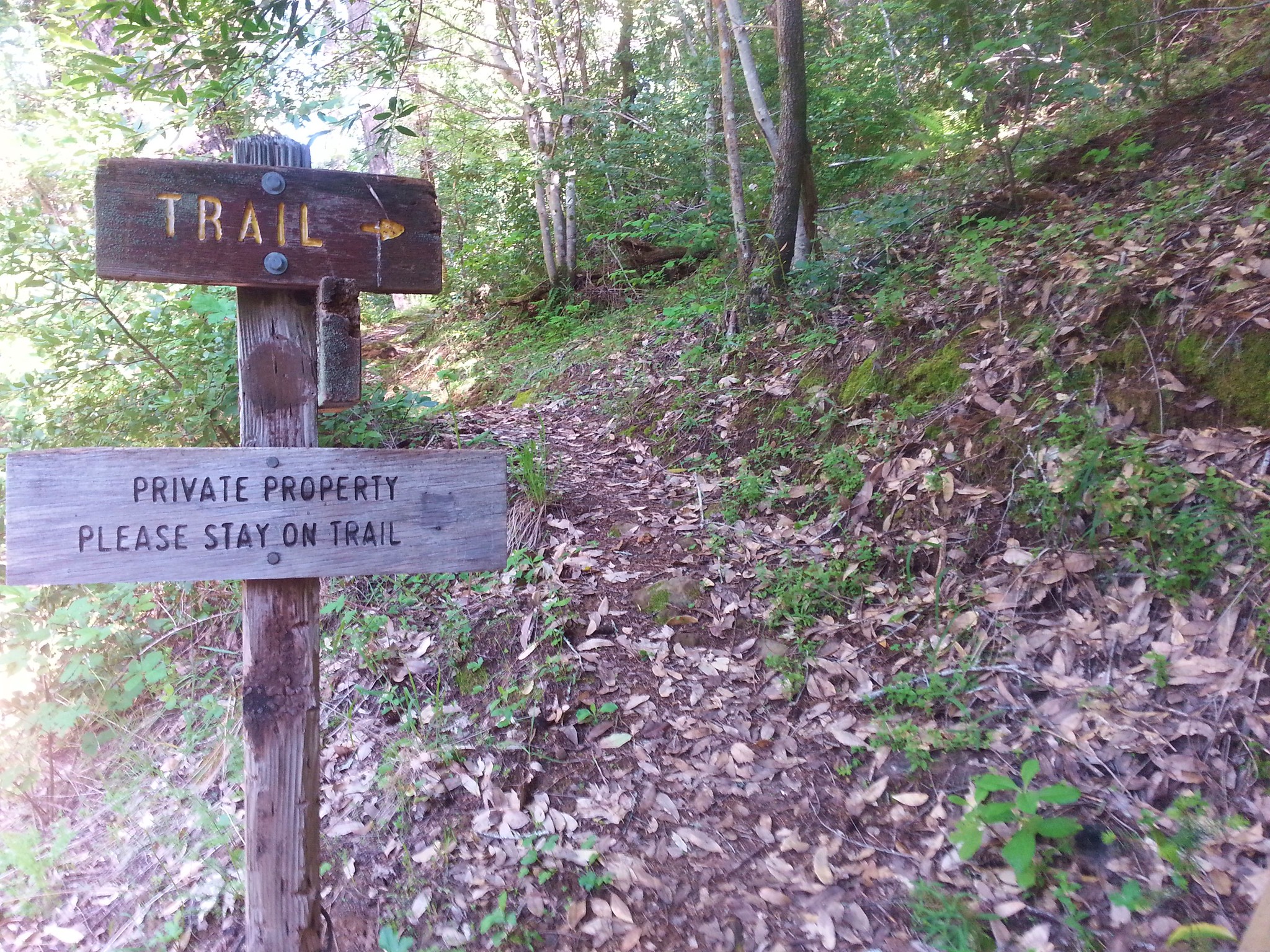 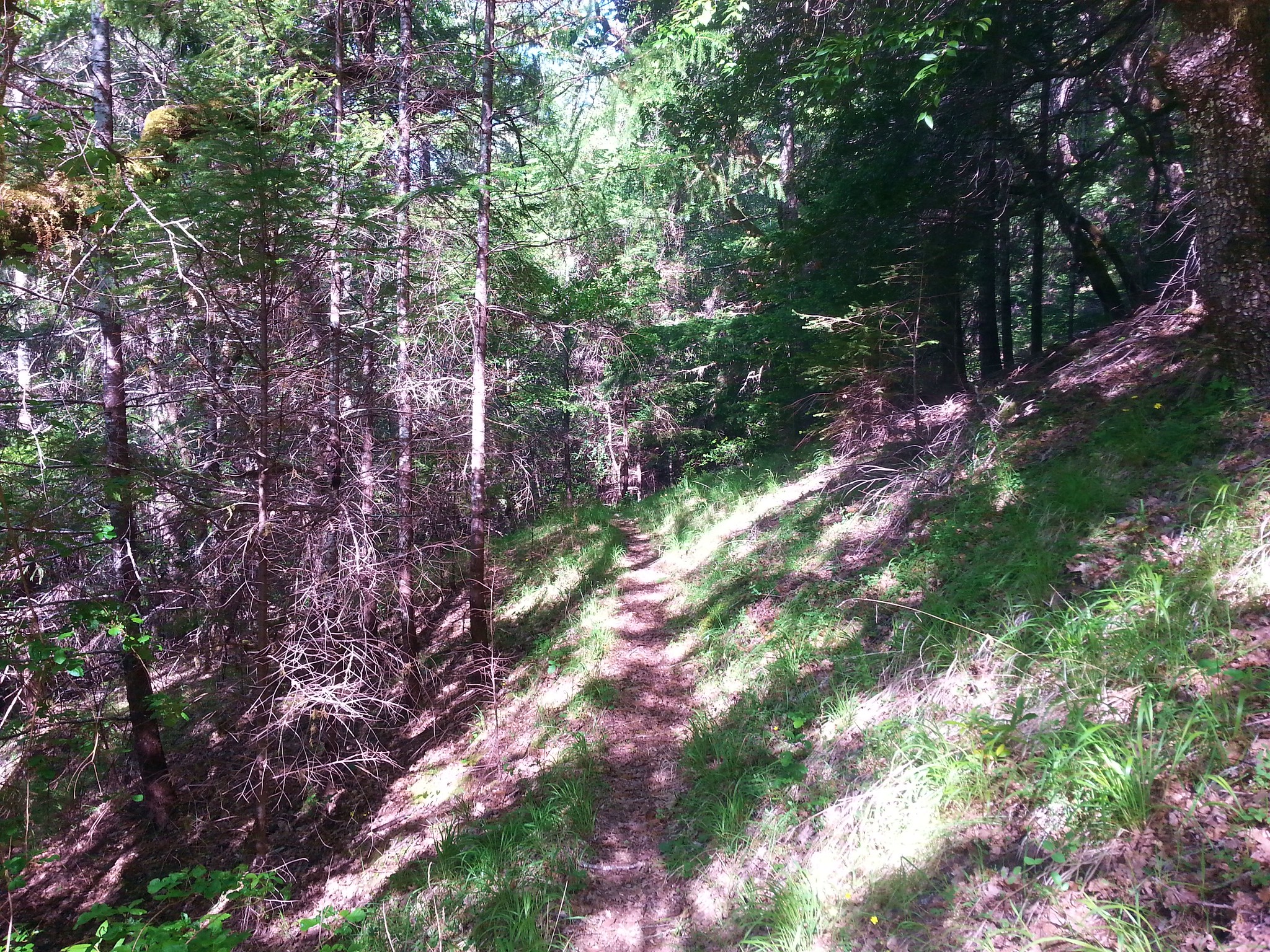 Candyflower and wild iris were in bloom along the trail. 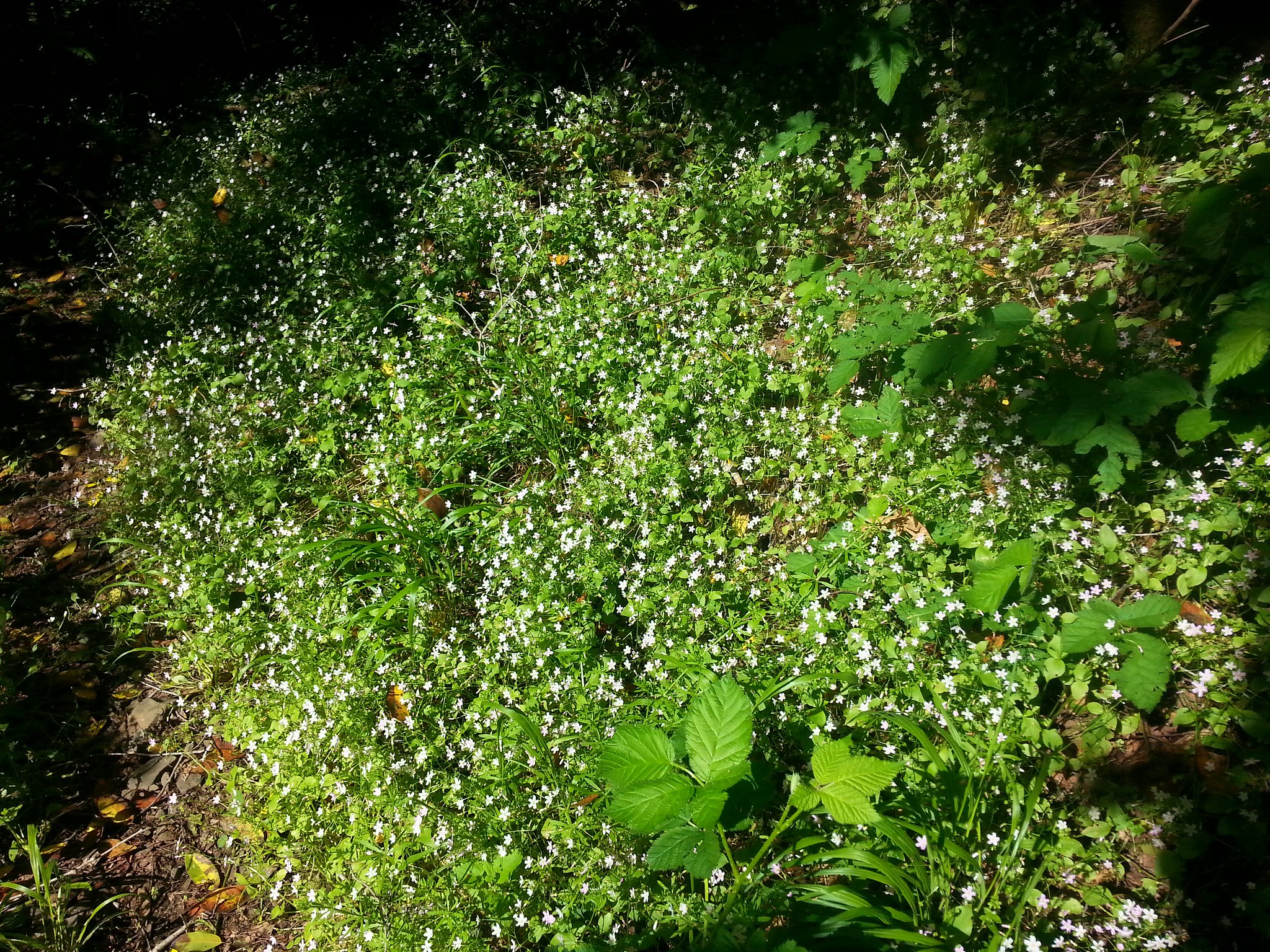 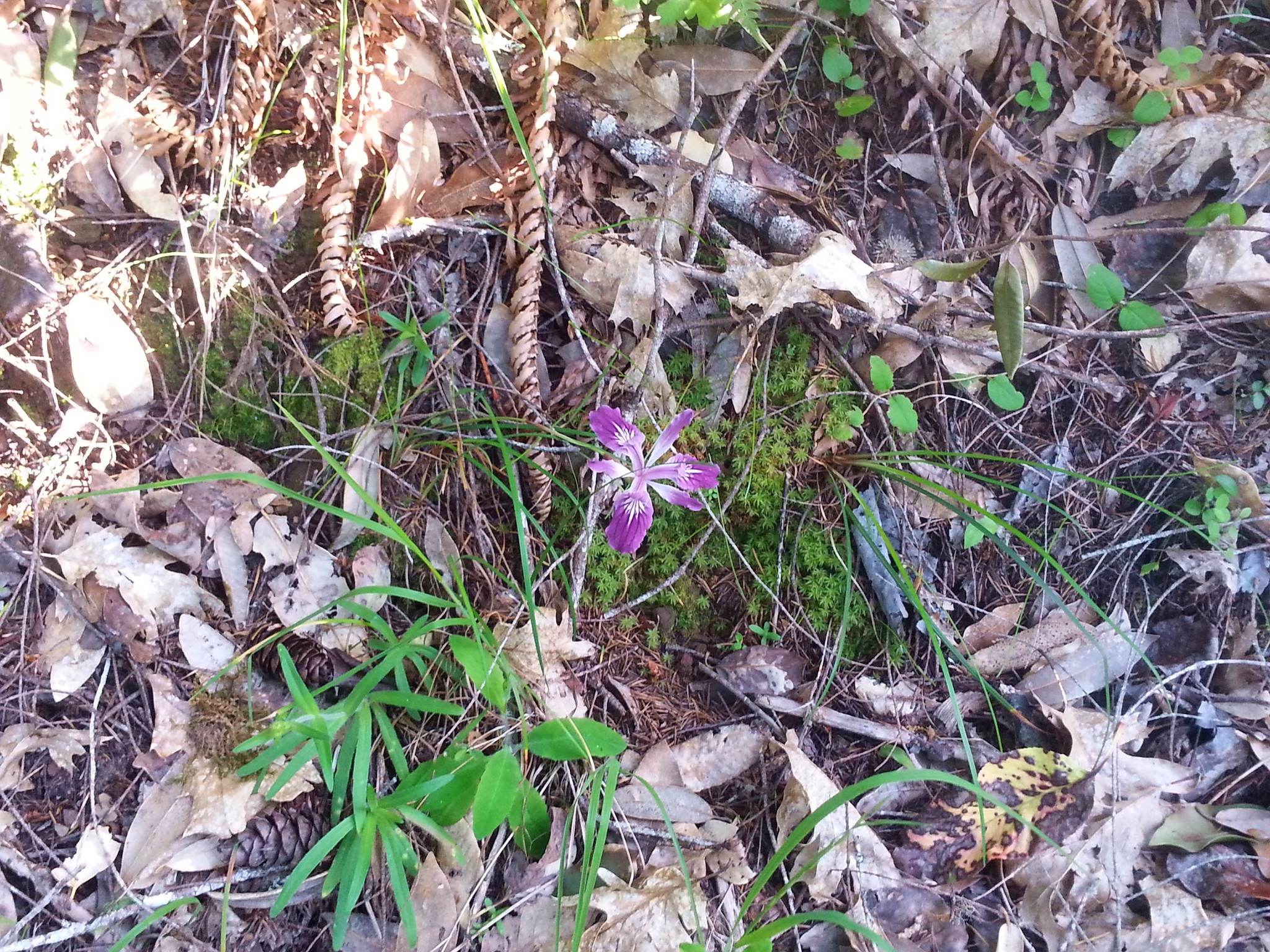 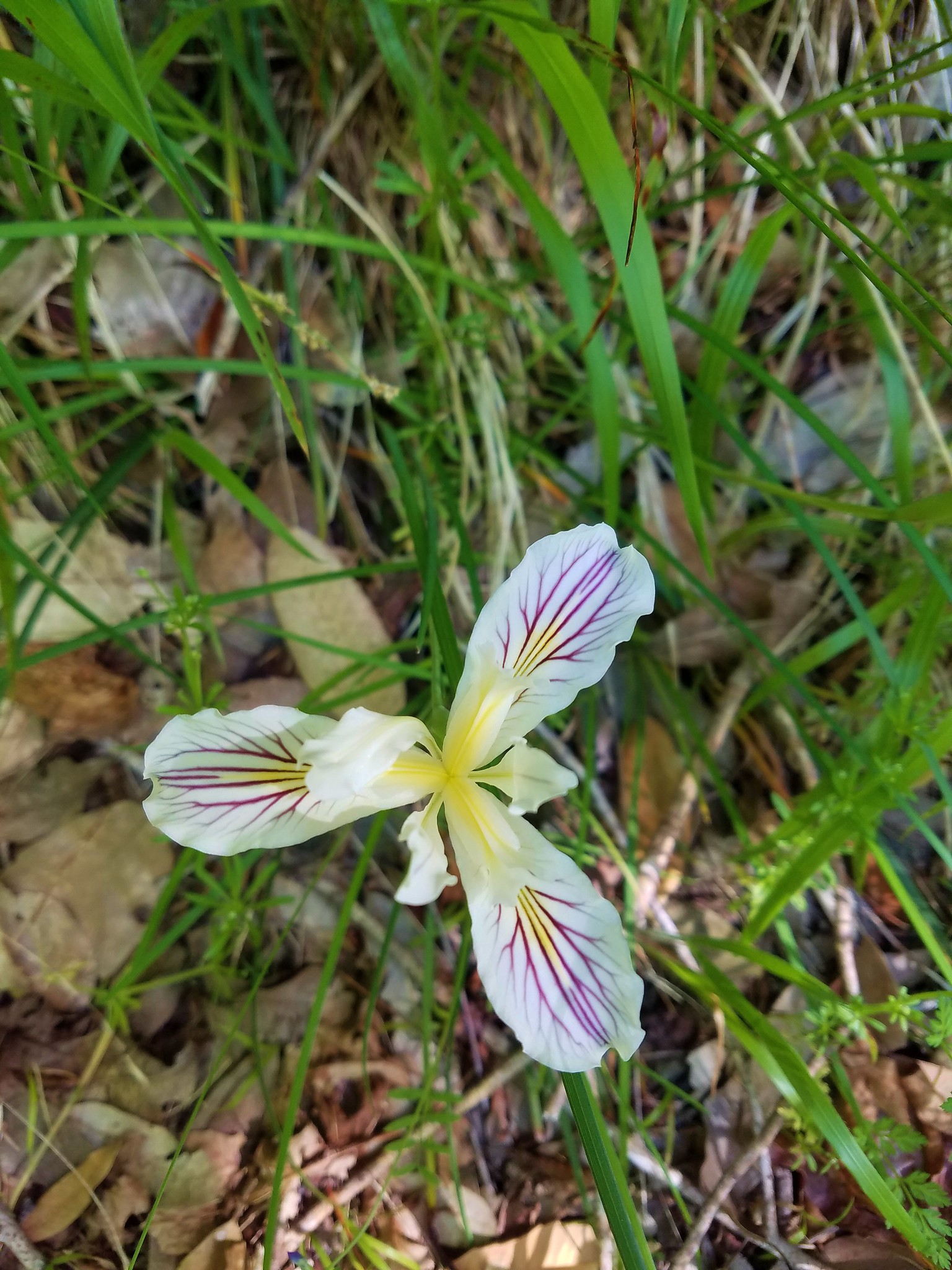 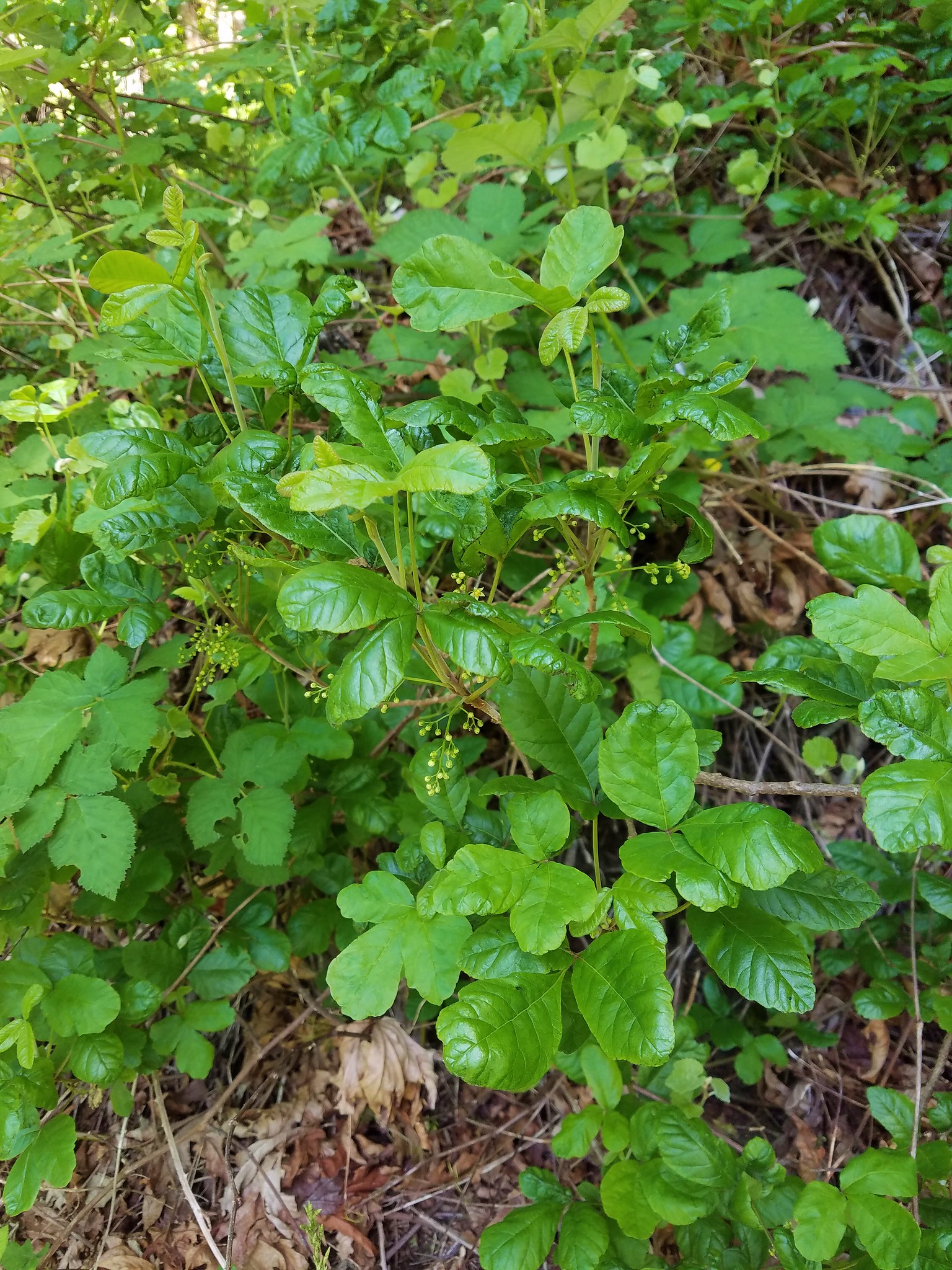 The trail had not been maintained yet this year and we encountered blowdown almost immediately after leaving the old roads. We were able to navigate the first few spots without having to deal with any of the poison oak but it meant being more in the brush and it wasn’t long before we’d each brushed off ticks.

After only a mile we came upon a large washout. 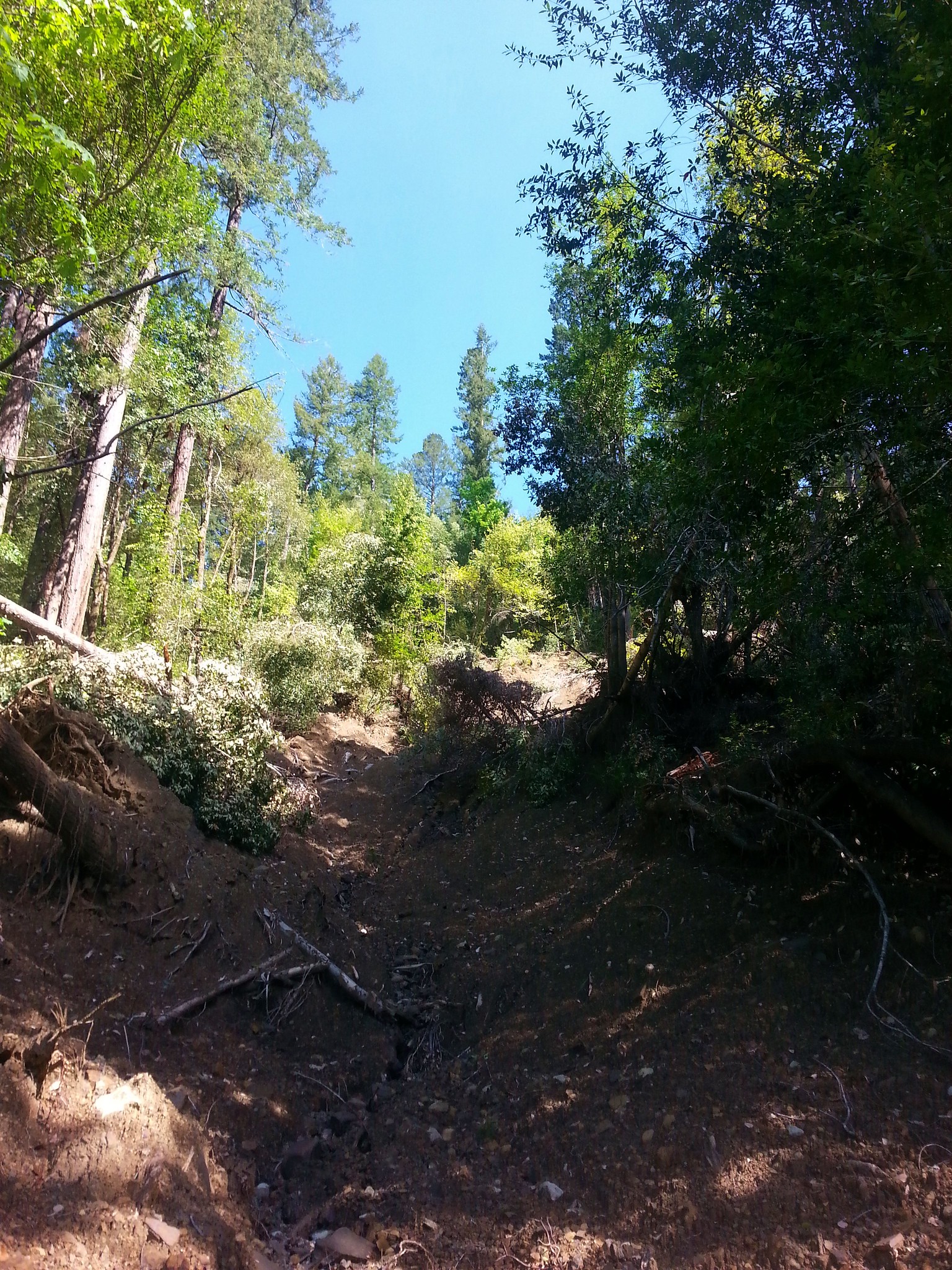 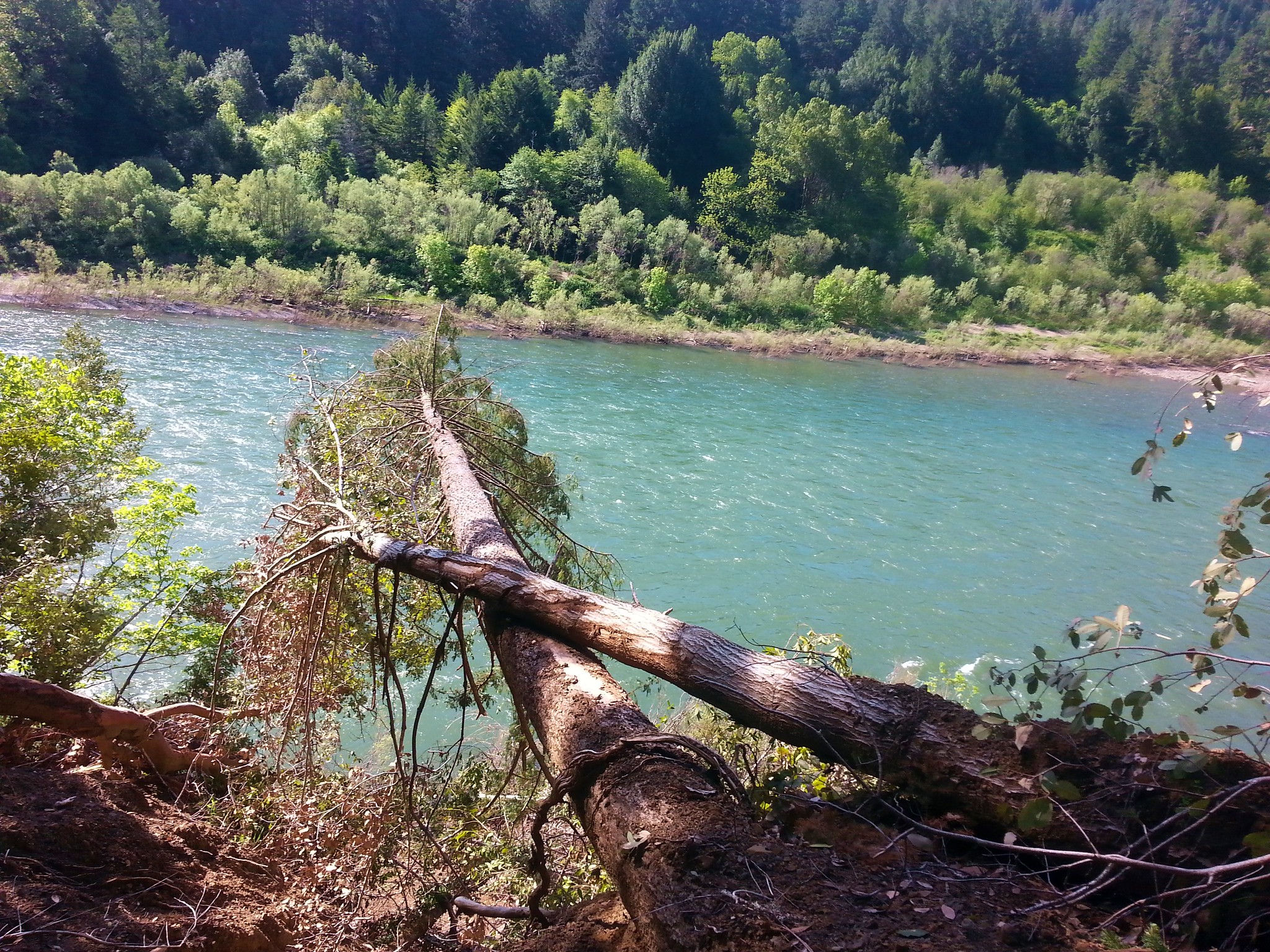 I crossed it to see if I could easily pick out the continuation of the trail. It wasn’t obvious and no marking was visible so we considered our options and decided neither of us were too keen on continuing. We were unsure of the trail conditions further on so we turned around, went back to the car, and did a thorough tick check.

It was going to be too early to check in to our motel in Crescent City so we decided to pick out another hike from our guidebook that would be along our way. We chose to check out the the site of a former Native American village in Tolowa Dunes State Park.

We parked at a tricky trailhead to find along Pala Road. My best advice for finding it is to look at the park on Google Maps, find Pala Road near the NE end of the park and get driving directions. 🙂 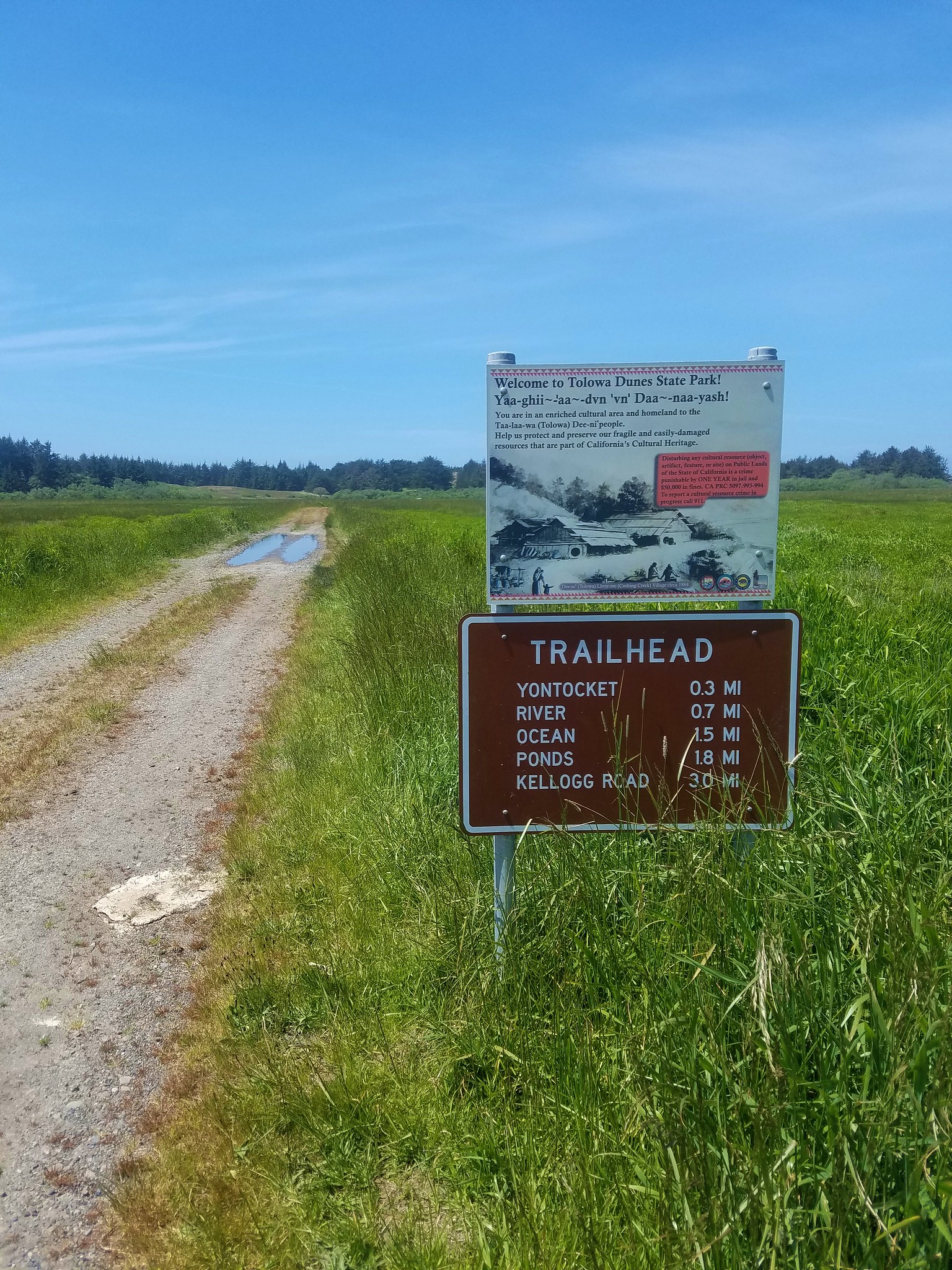 Pala Road passed through cow pastures which proved to be interesting on our drive out as we wound up in a heard of dairy cows on their way to be milked. 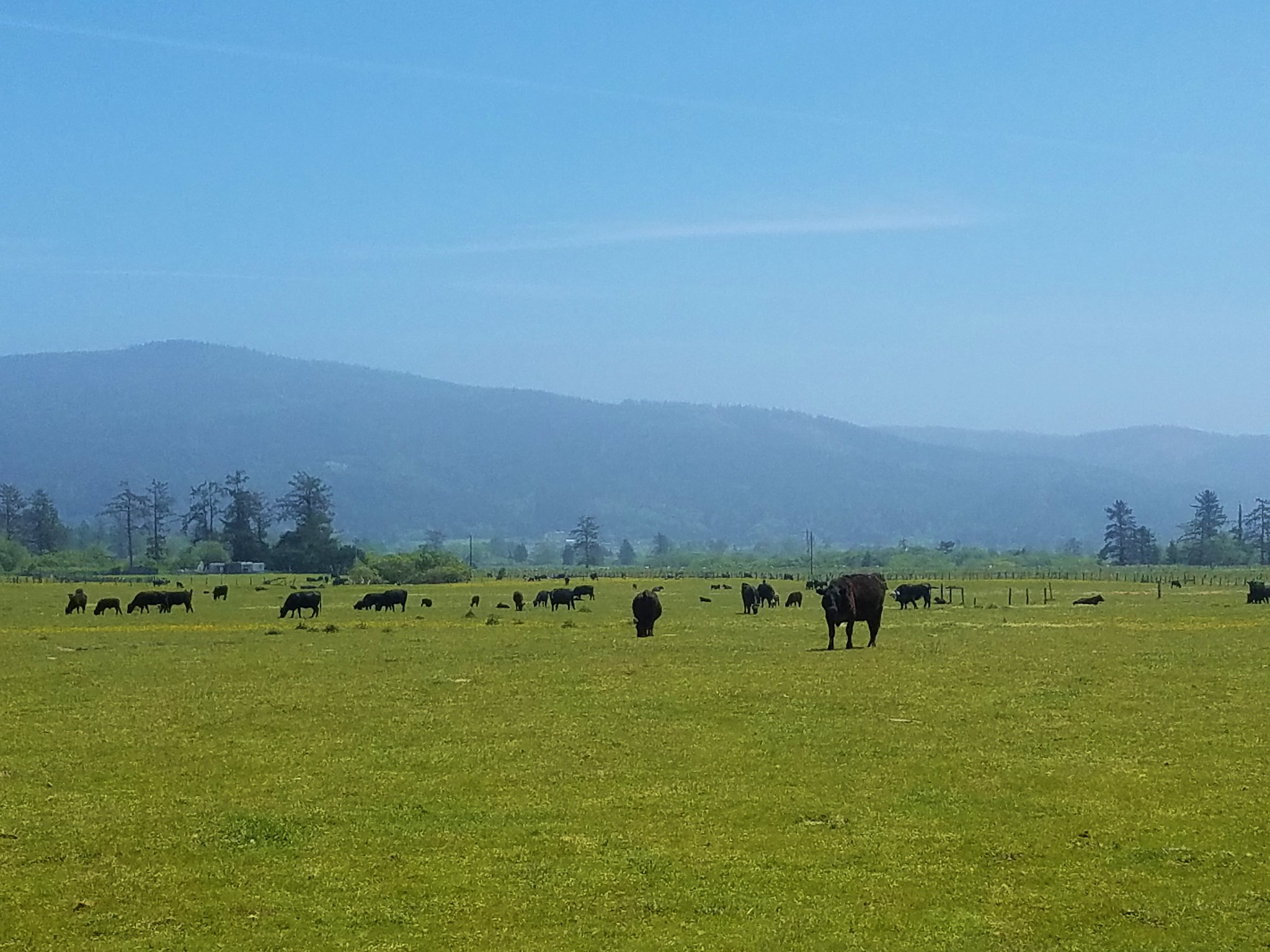 As for the hike my left foot had gotten a little tender during the drive. I had been wearing an older pair of hiking shoes and they were really irritating a tendon or ligament on the outside of that foot. Every step shoved the shoe up against it and I was really having trouble walking.

We were headed for the village site which was located atop a small hill. 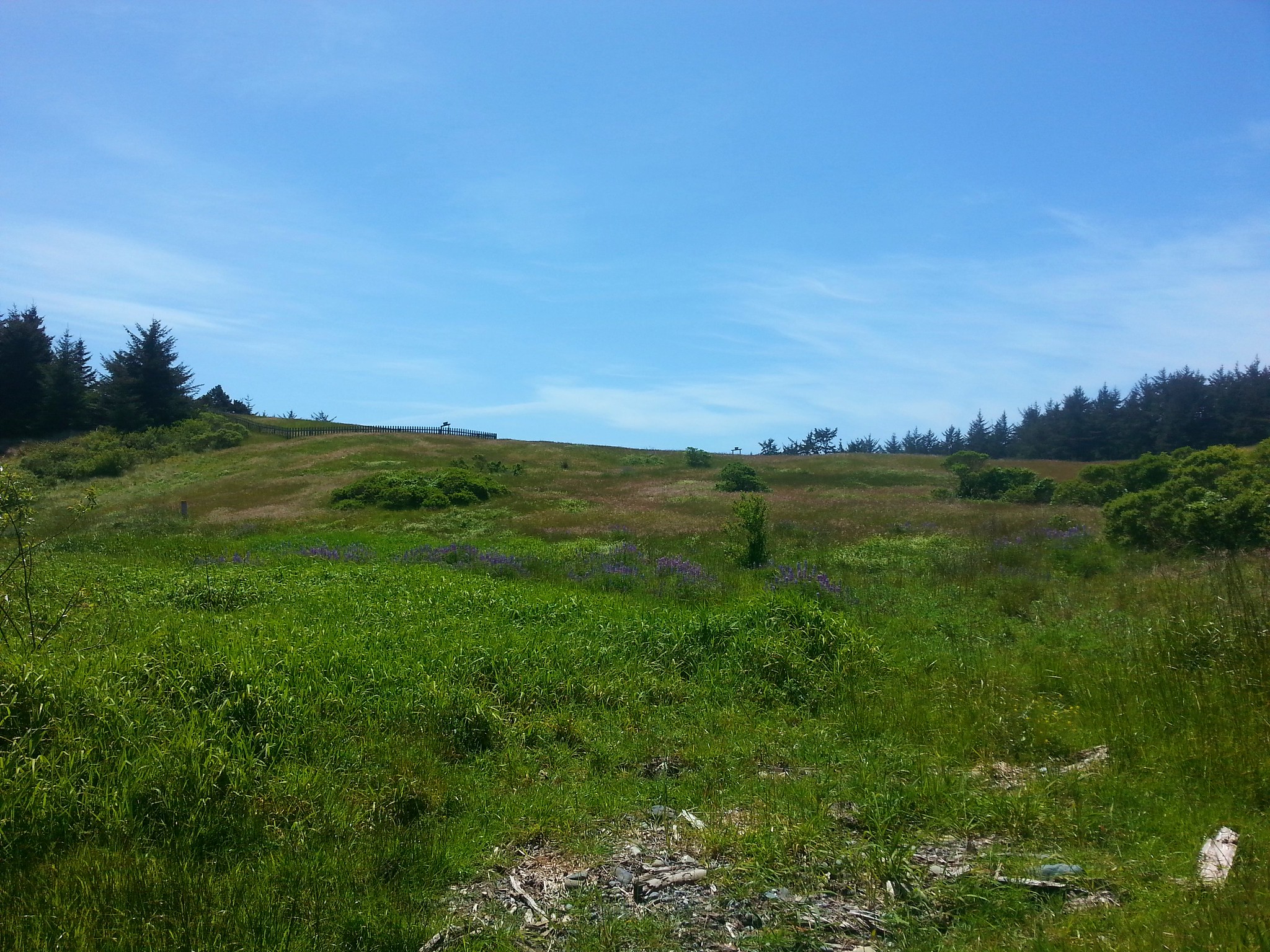 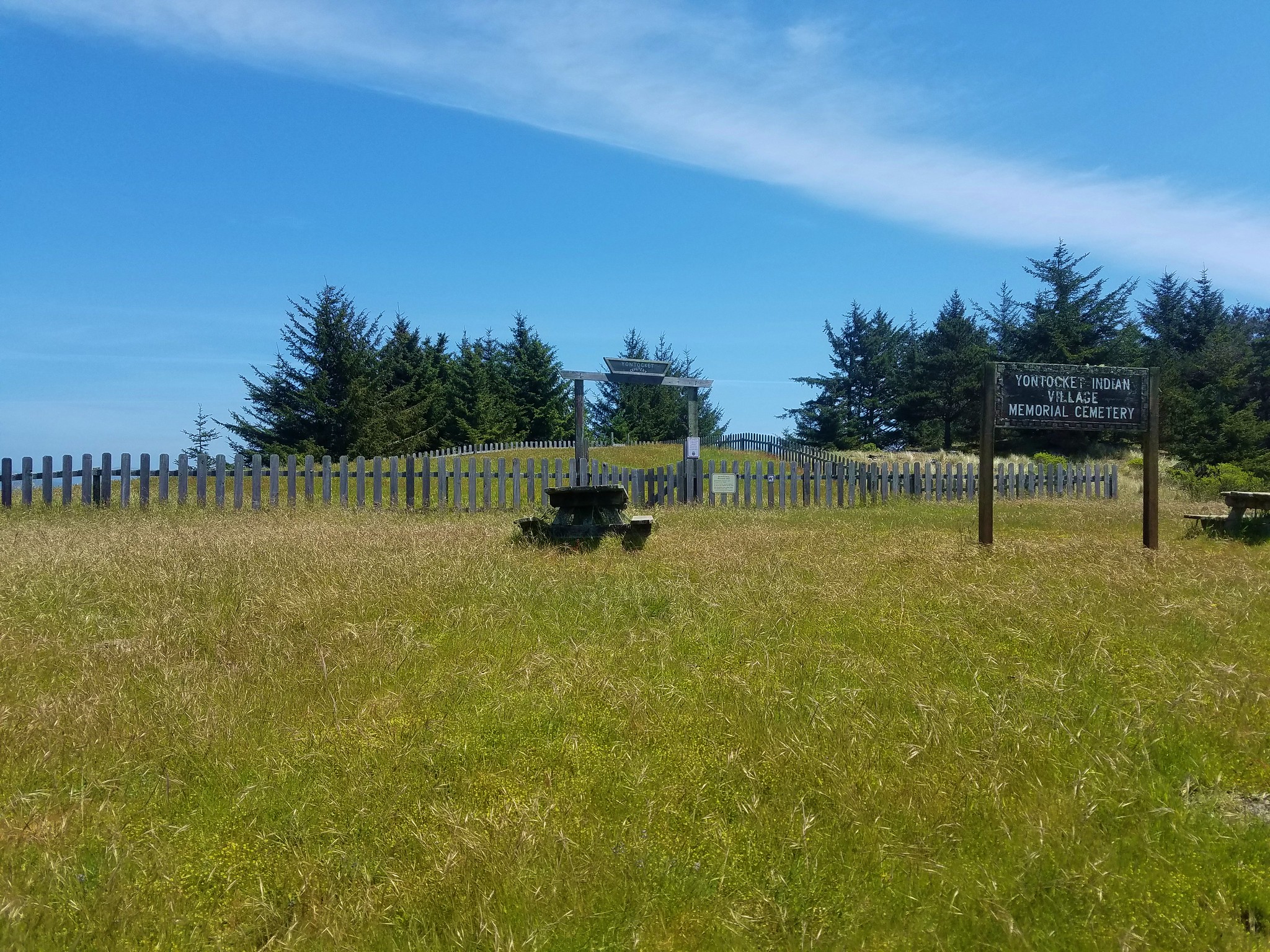 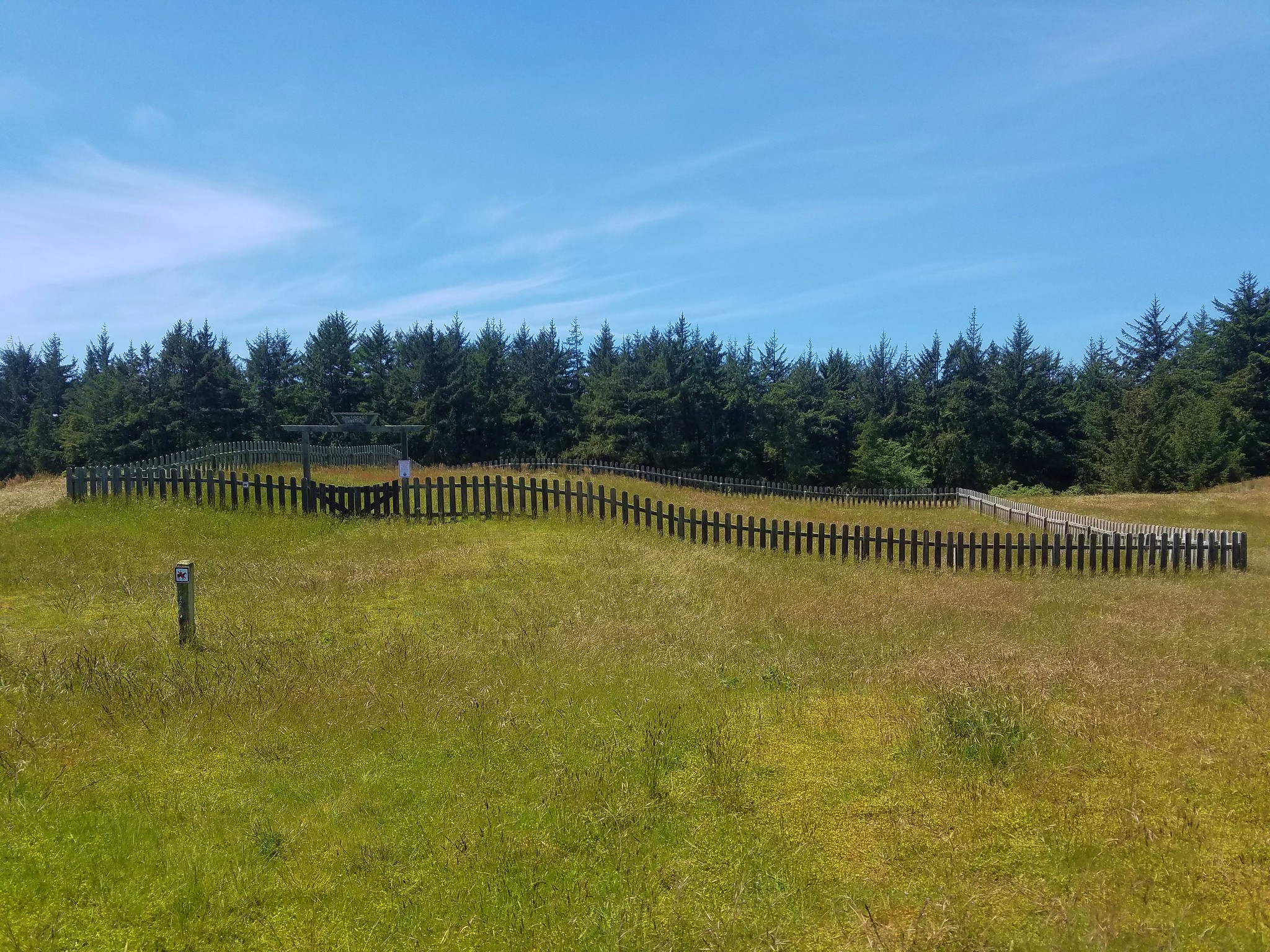 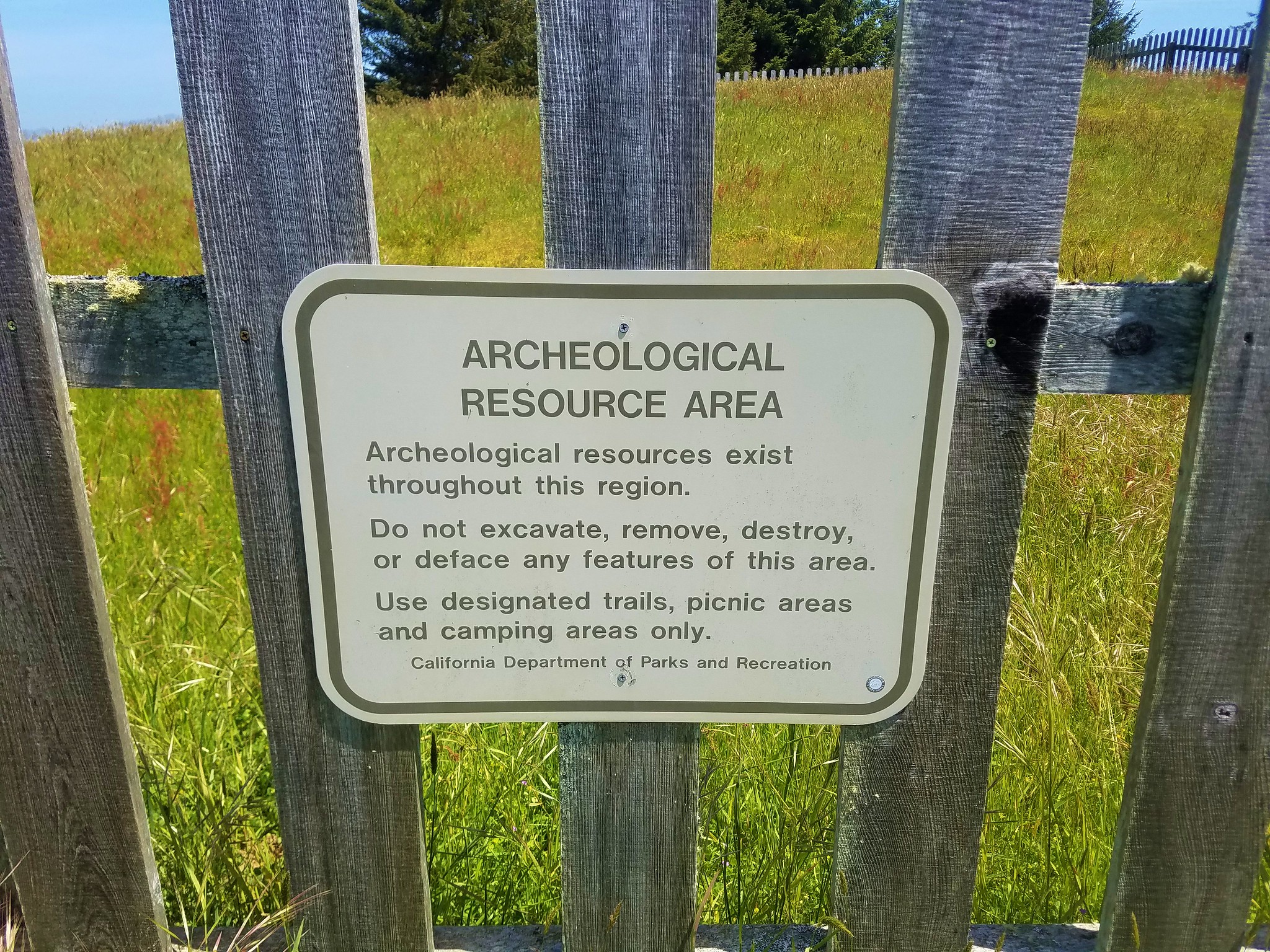 We stopped at the picnic tables so I could put some bandages on my foot to try and cushion the contact before heading back downhill to a marked trail junction where we headed for the Smith River. 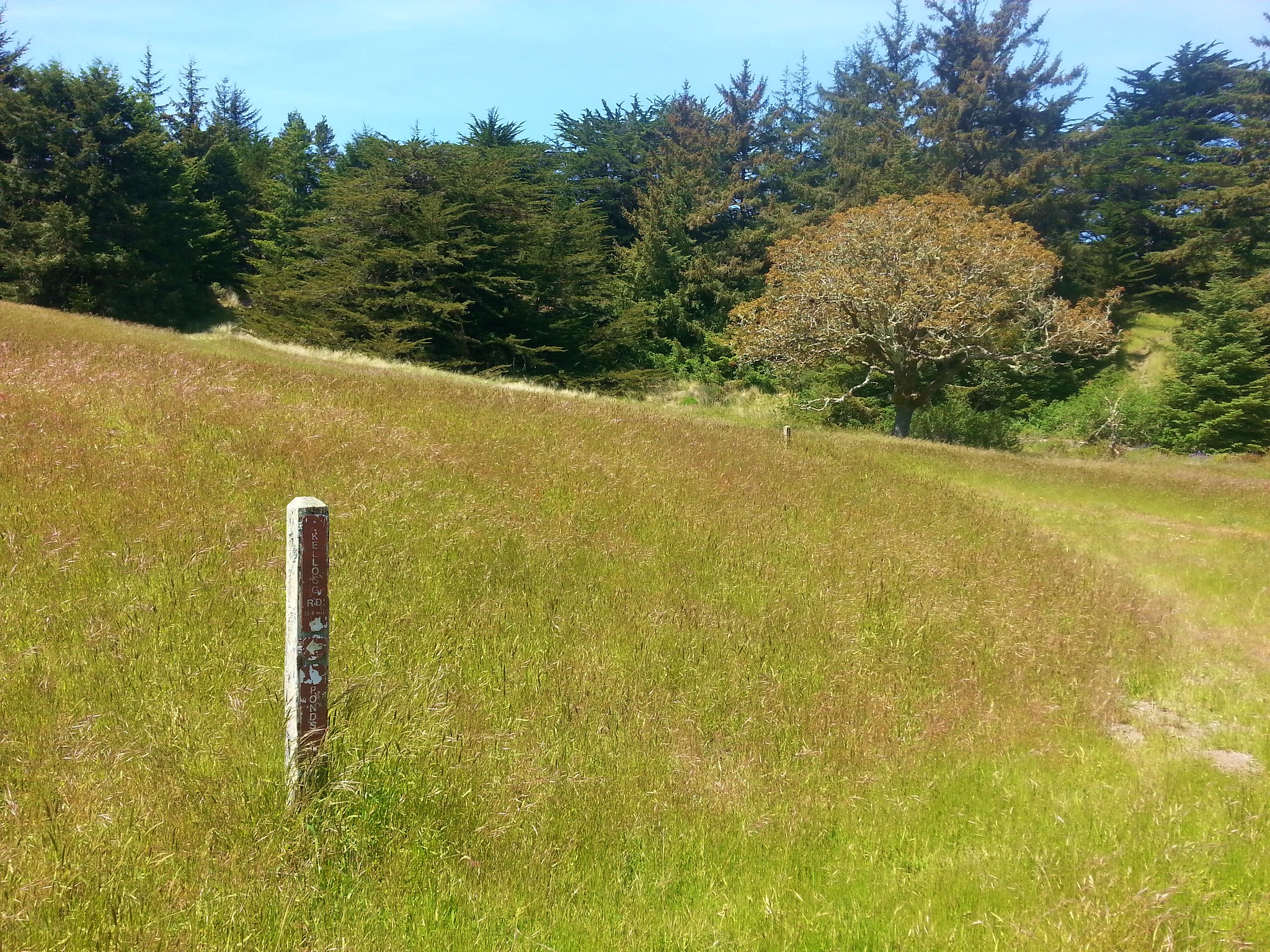 The scenery in the area was great with several types of flowers blooming and many birds flying overhead including great white egrets and a bald eagle. 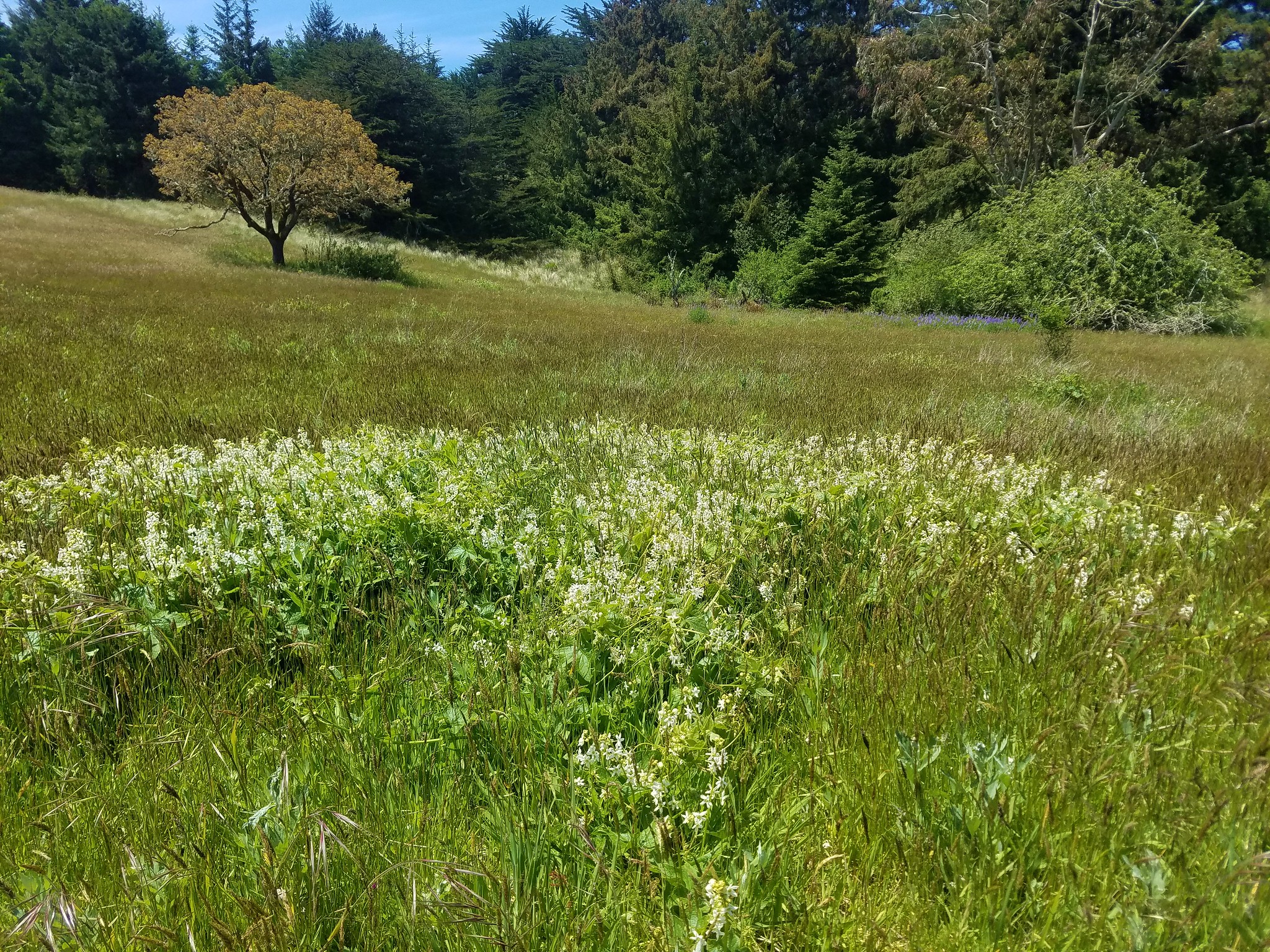 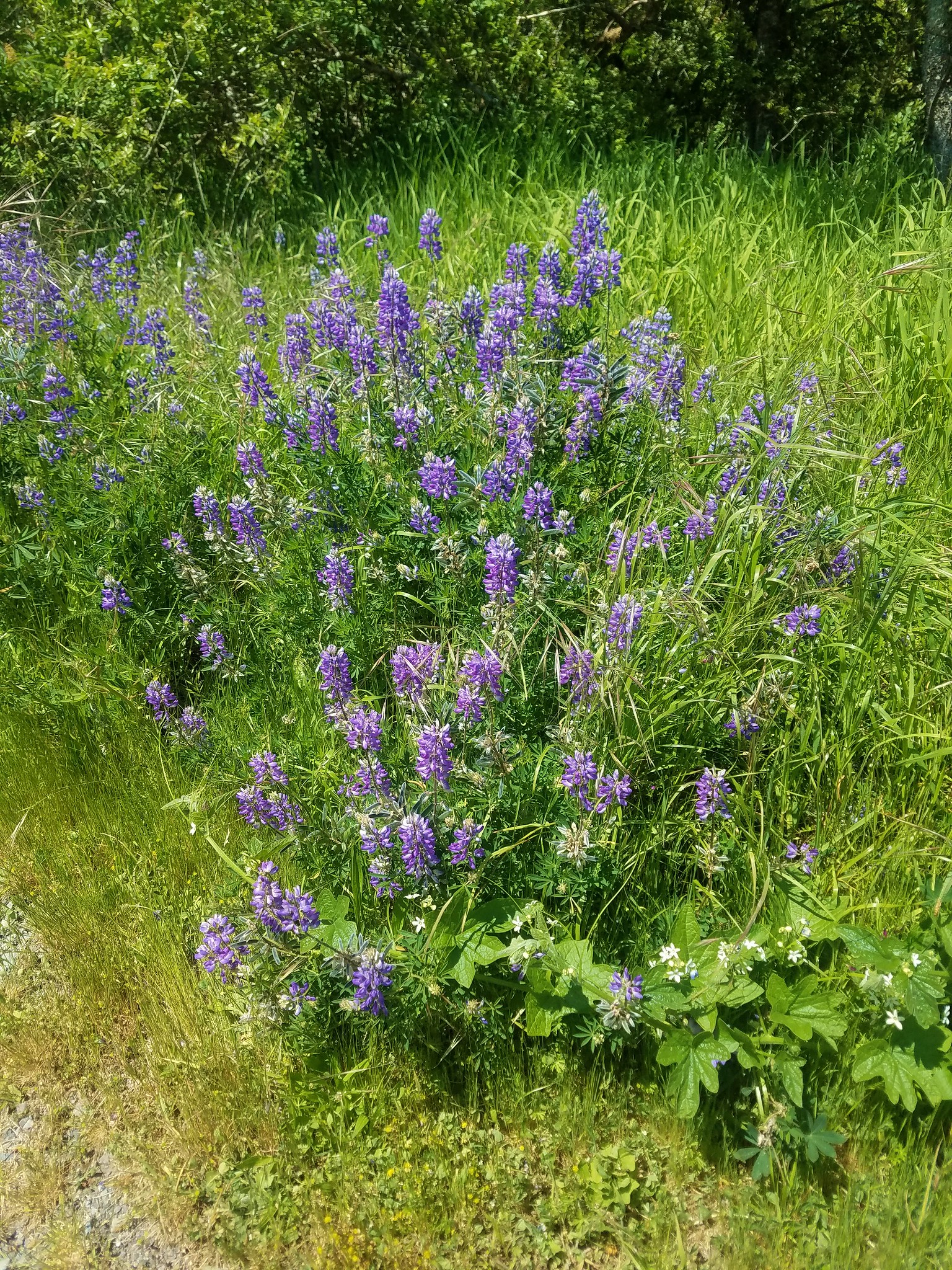 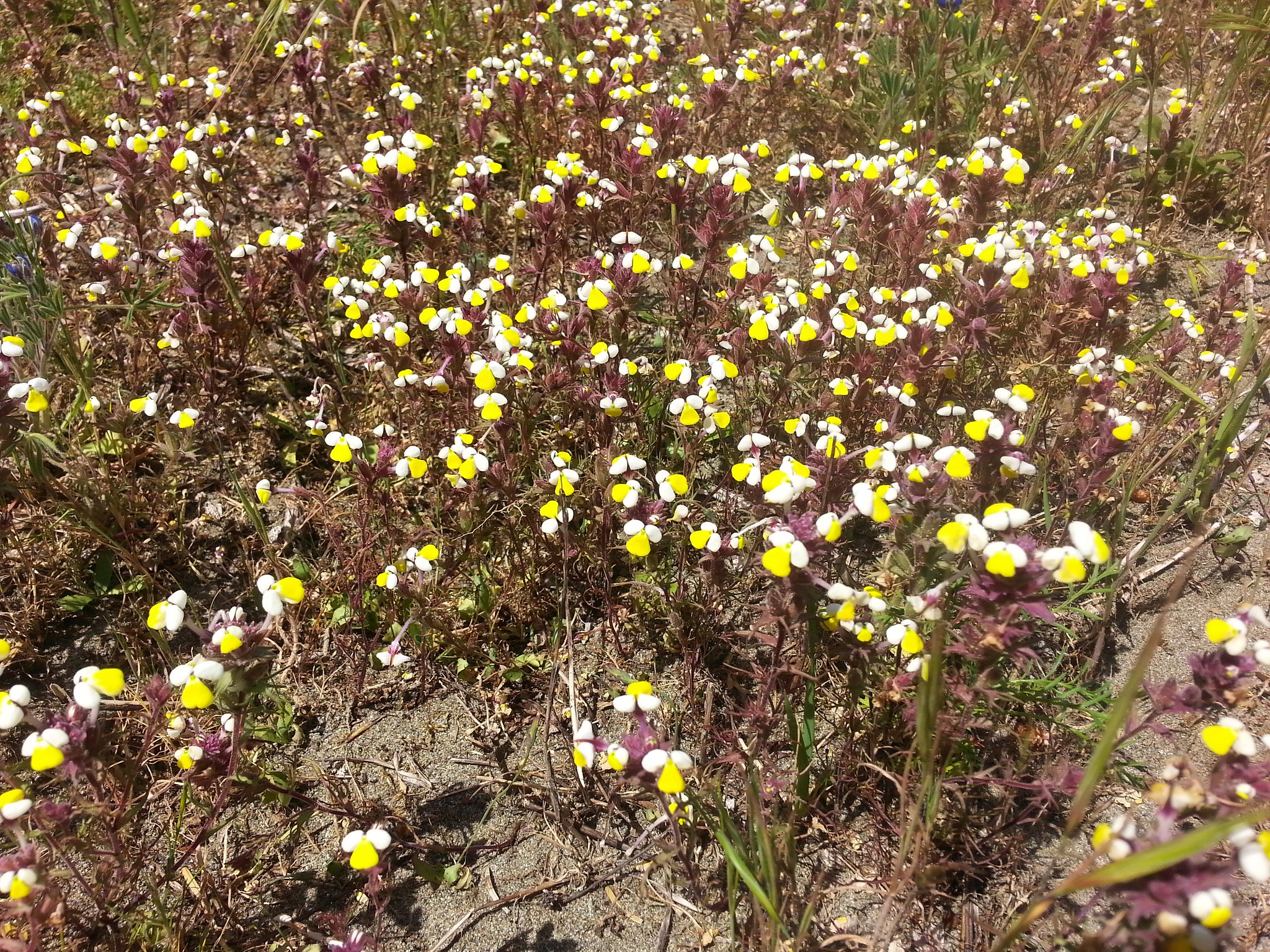 The bandages weren’t helping so Heather came up with the idea of trading shoes. For the rest of the hike we each wore one of the others shoes which did provide some relief. We managed to make it to the Smith River which was less than a half mile from the village site. 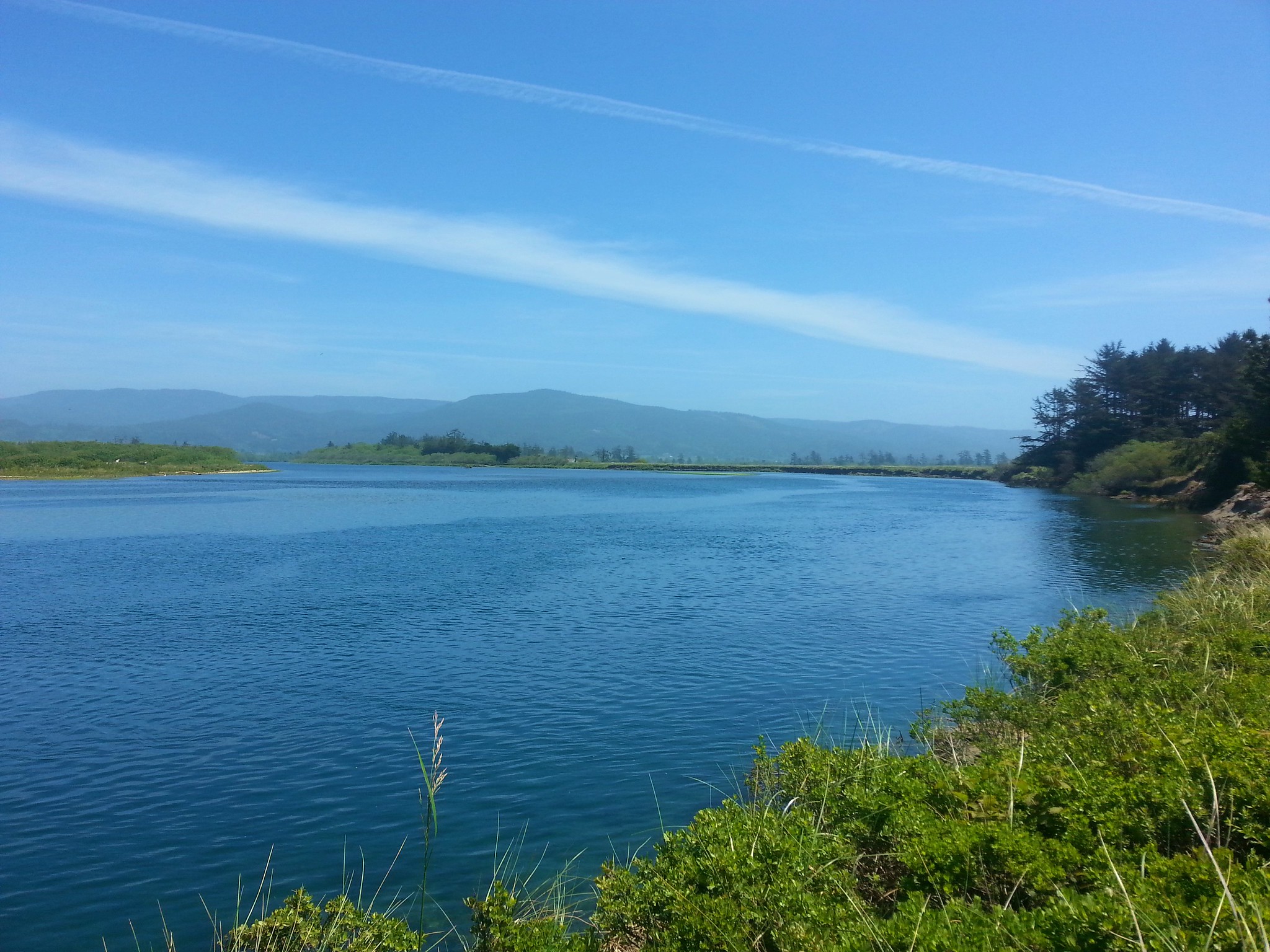 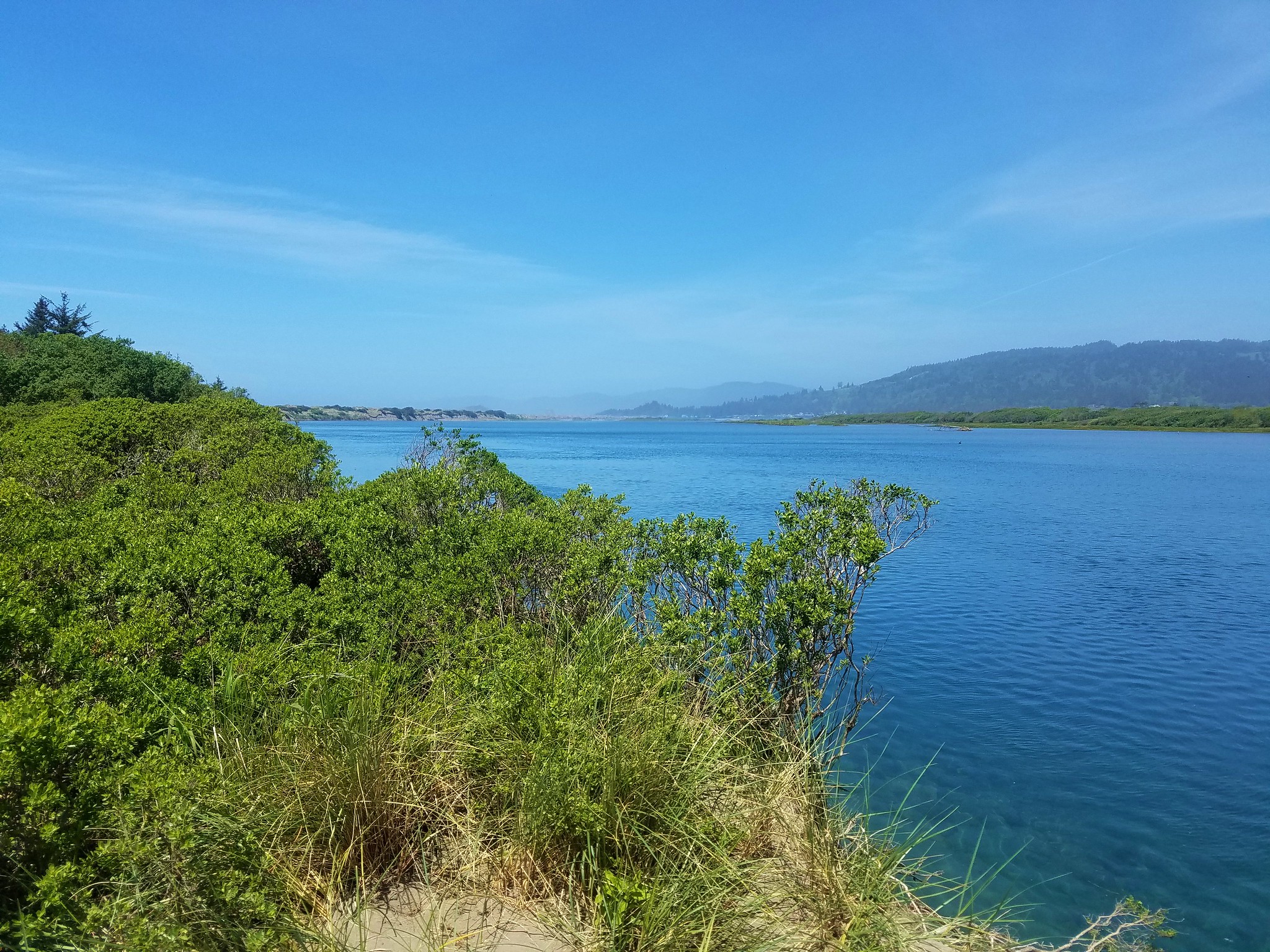 It was late enough now that we’d be able to check in to our room so we called it a day and I limped back to the car. When we got settled I iced my foot and we wondered what the next day had in store. Happy Trails!

[…] was a quick half mile hike but after visiting the redwoods, Oregon’s largest Myrtle Tree and several large port orford cedars and douglas firs on the Big Tree Trail on our southern Oregon […]

[…] of hiking, infinitely better than our May vacation where I threw the camera in the Coquille River, injured my foot, and wound up with the stomach flu. Happy […]

[…] portion of the hike Sullivan describes either due to a trail being impassable (Lower Rogue River in 2017) or because we’ve combined more than one hike in a longer trip. In the case of the latter we […]

[…] with a number of informational signboards along the way. It joined the Shrader Old Growth Trail (post) as one of our favorite interpretive trails. Much of the trail was boardwalk and there were a few […]