We made a late addition to our scheduled hikes when it became clear that the weather on the day of the Give and Get Social for Trailkeepers of Oregon (TKO) was going to be too nice to pass up.  We had short two featured hikes in Portland from William L. Sullivan’s 100 Hikes in NW Oregon & SW Washington that we had not been able to work into our future plans.   The TKO event was taking place at Dig a Pony which was conveniently close to one of these two hikes, Oaks Bottom Wildlife Refuge.

We began our hike uncharacteristically late, just after 1:15pm, from the north parking area on SE Milwaukee Ave. 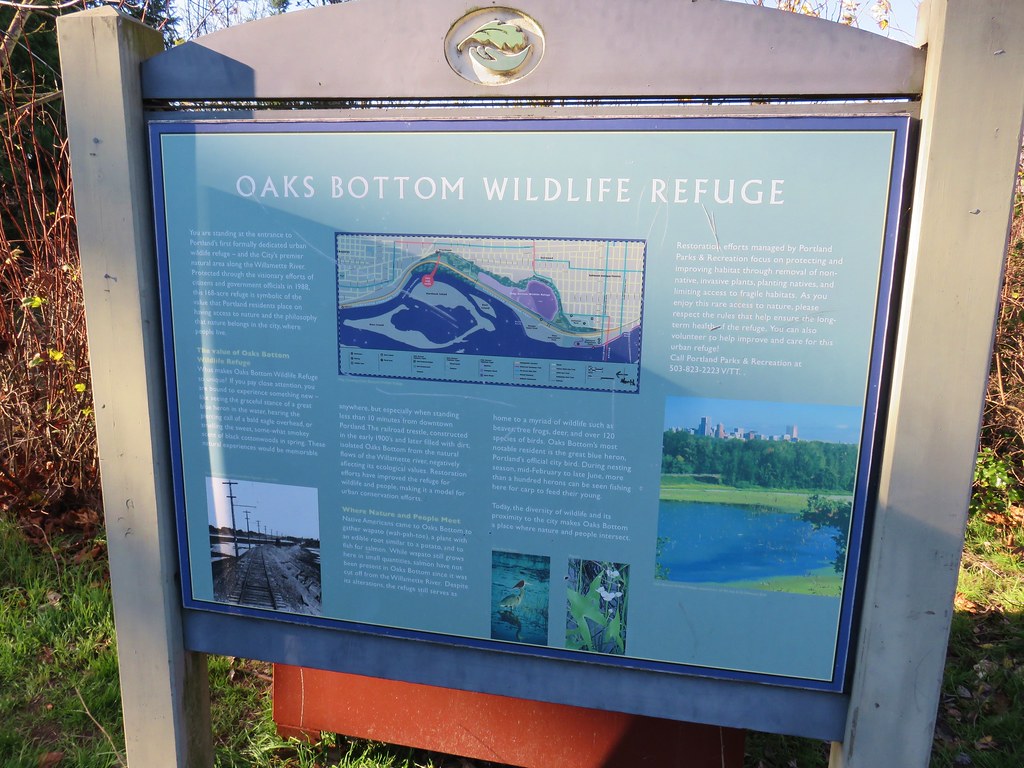 We followed a paved path downhill to a sign for the Oaks Bottom Bluff Trail. 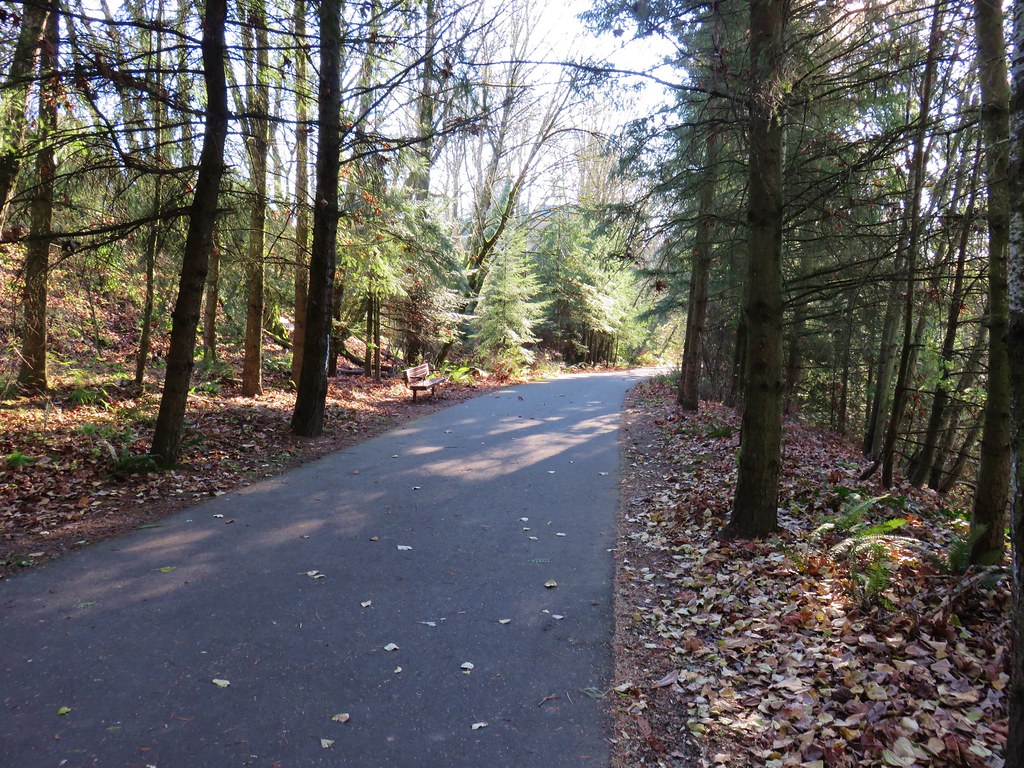 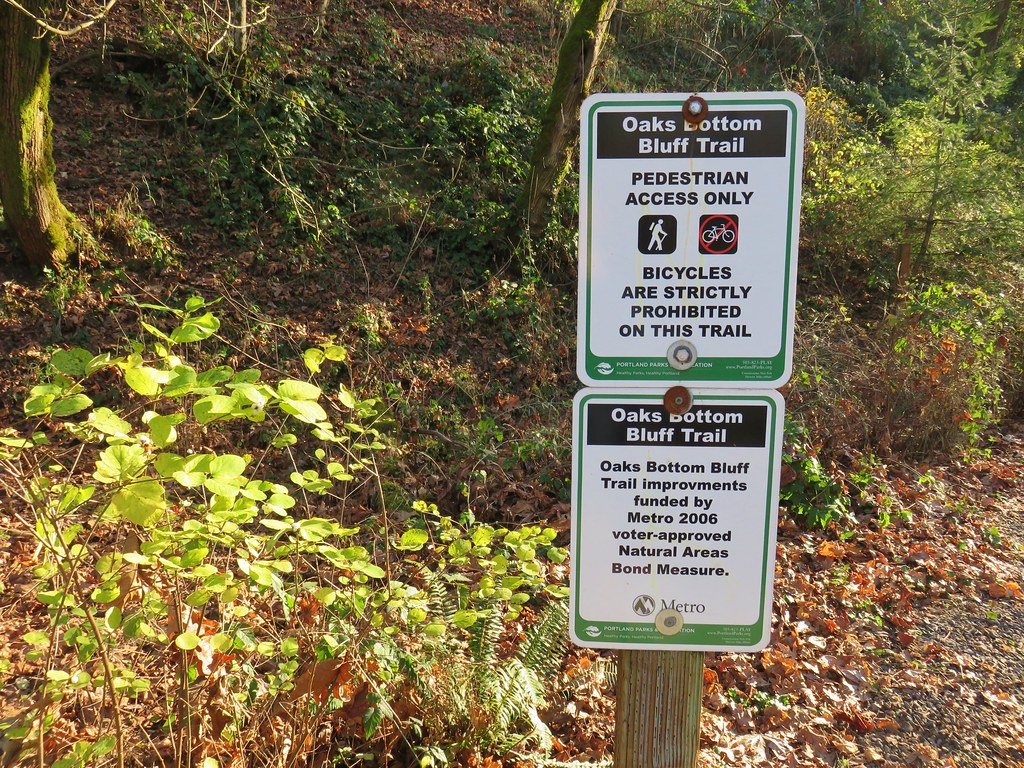 Here the trail split and we stayed left crossing a small footbridge. We would return via the right fork after completing a loop around Wapato Marsh. 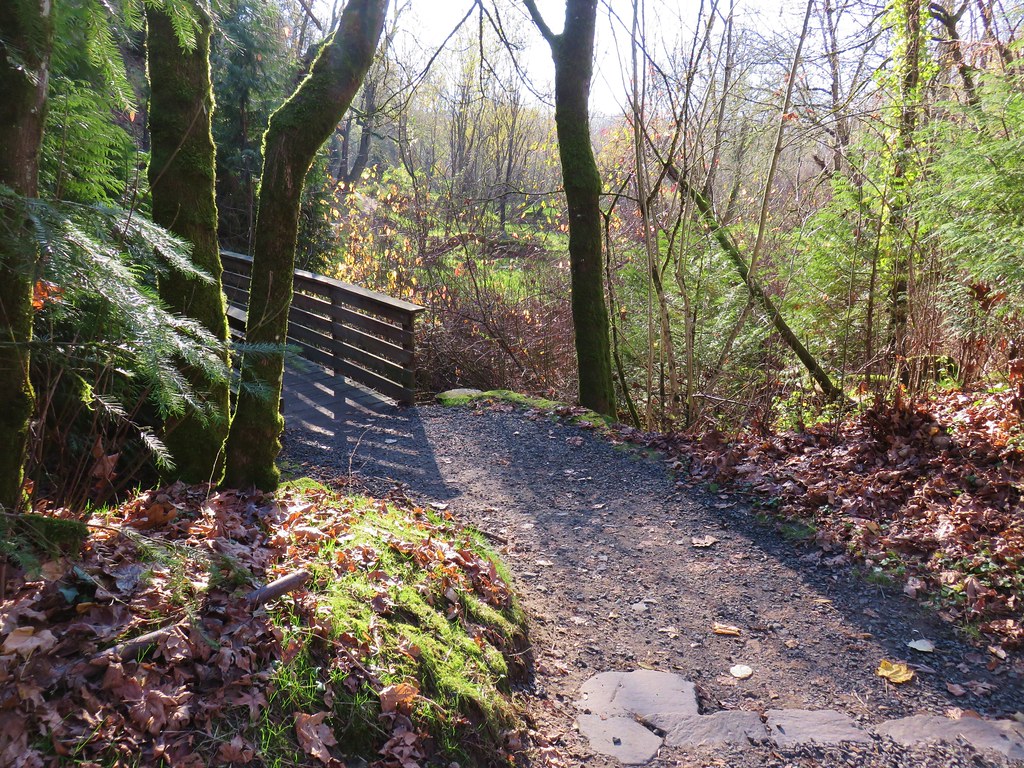 The amount of water in the marsh increased as we went. The first wildlife we spotted were small birds, squirrels and a hawk. 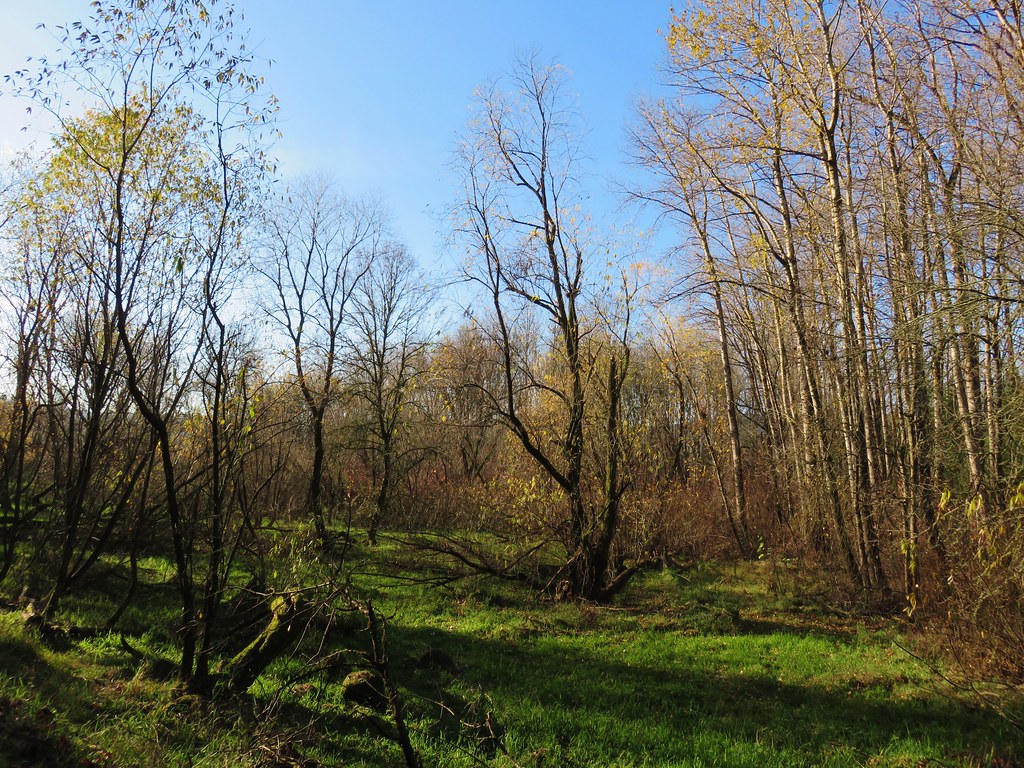 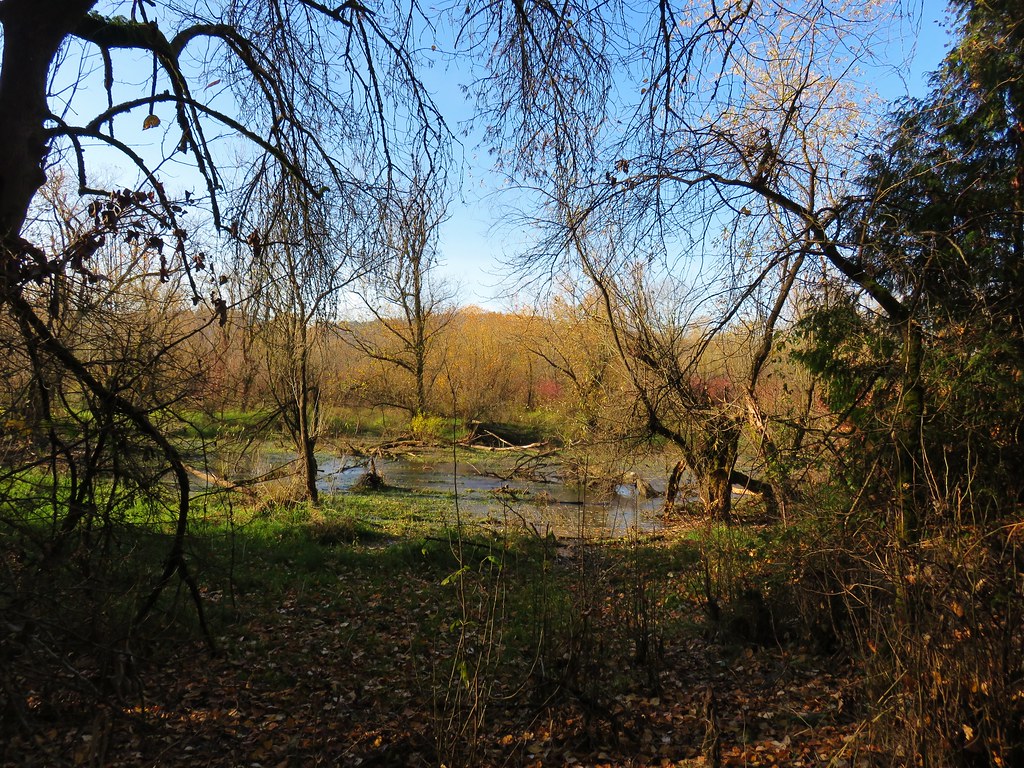 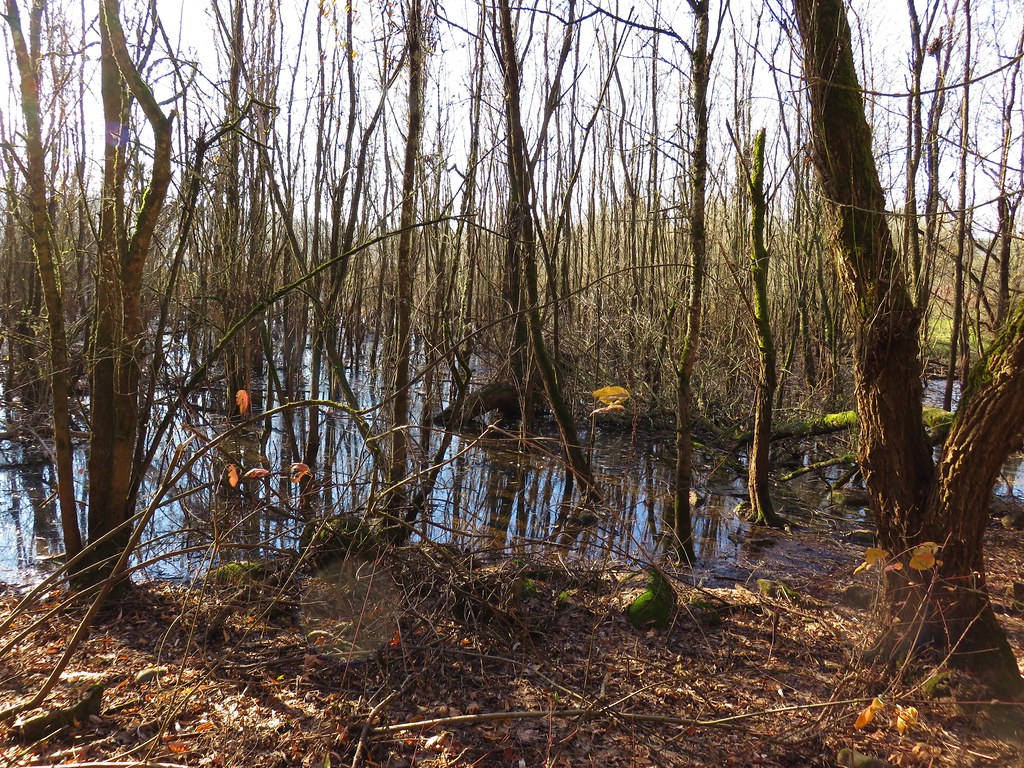 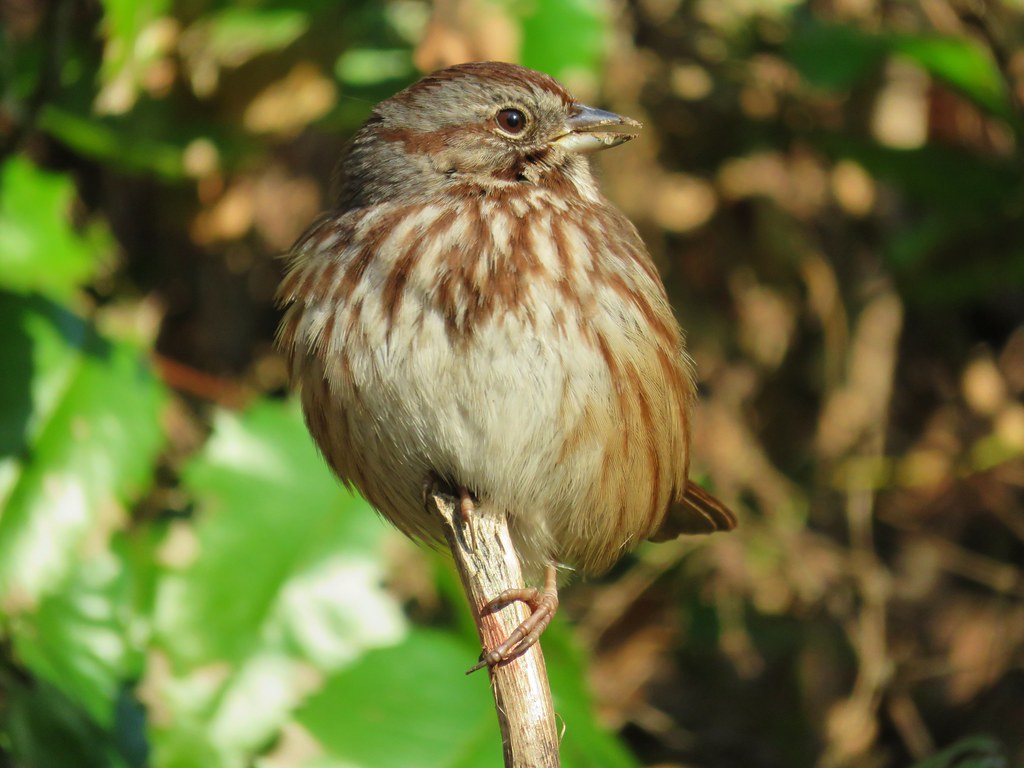 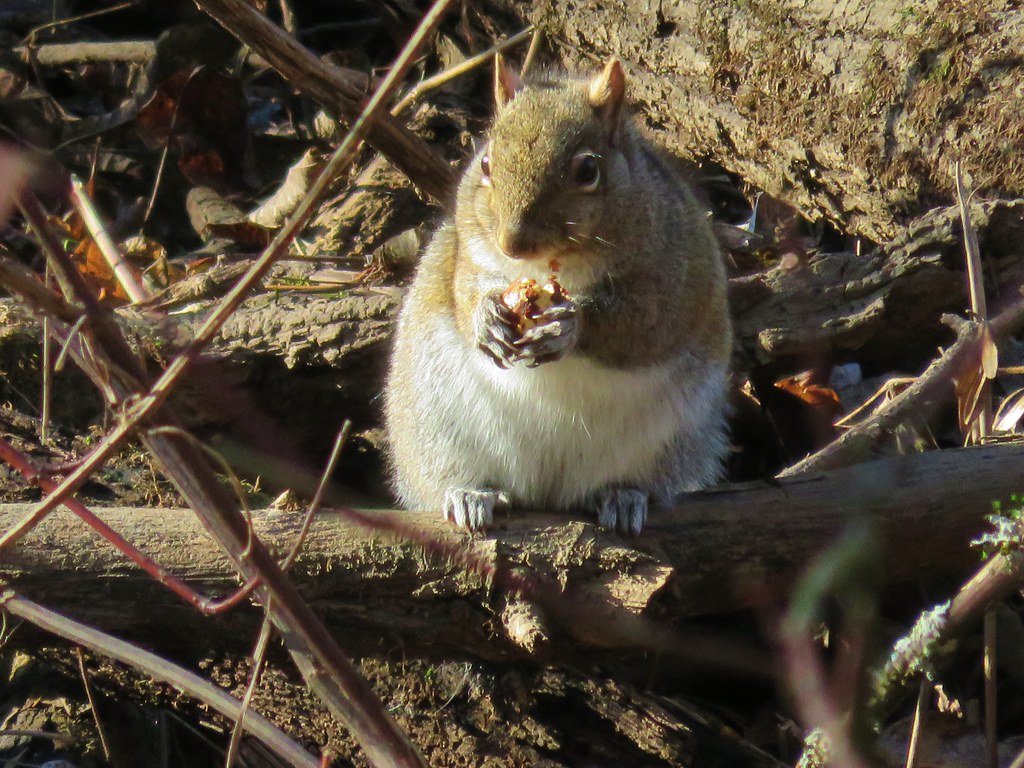 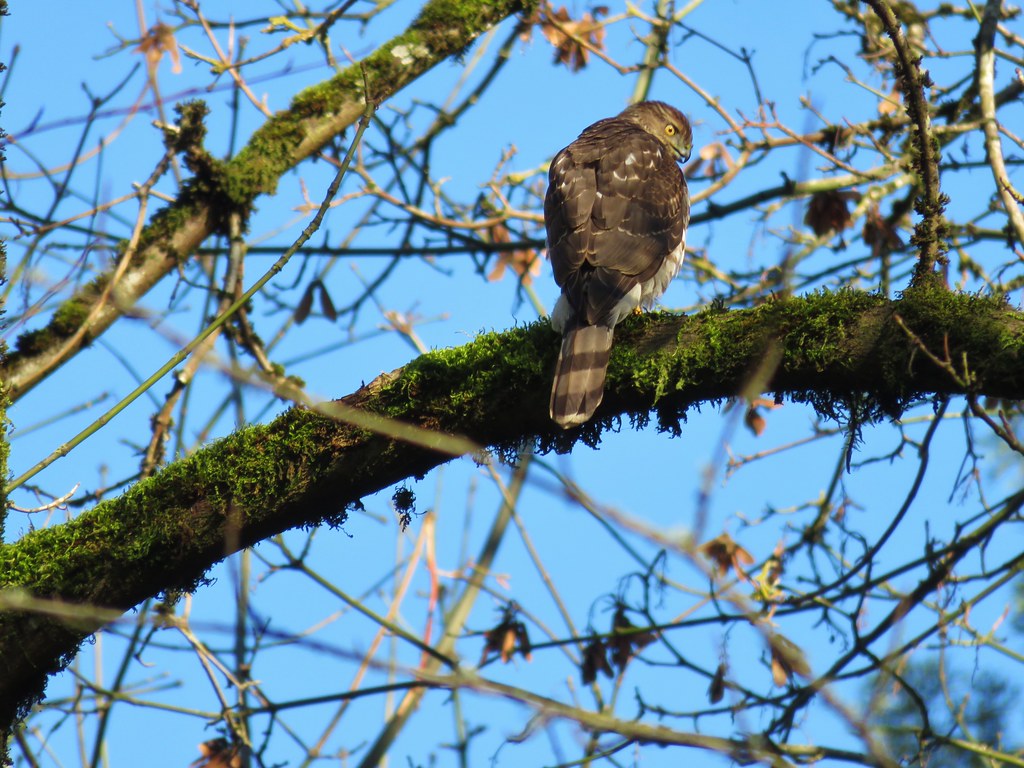 As the amount of water increased we began to see a number of ducks. Several species were present, some of which we were unfamiliar with. 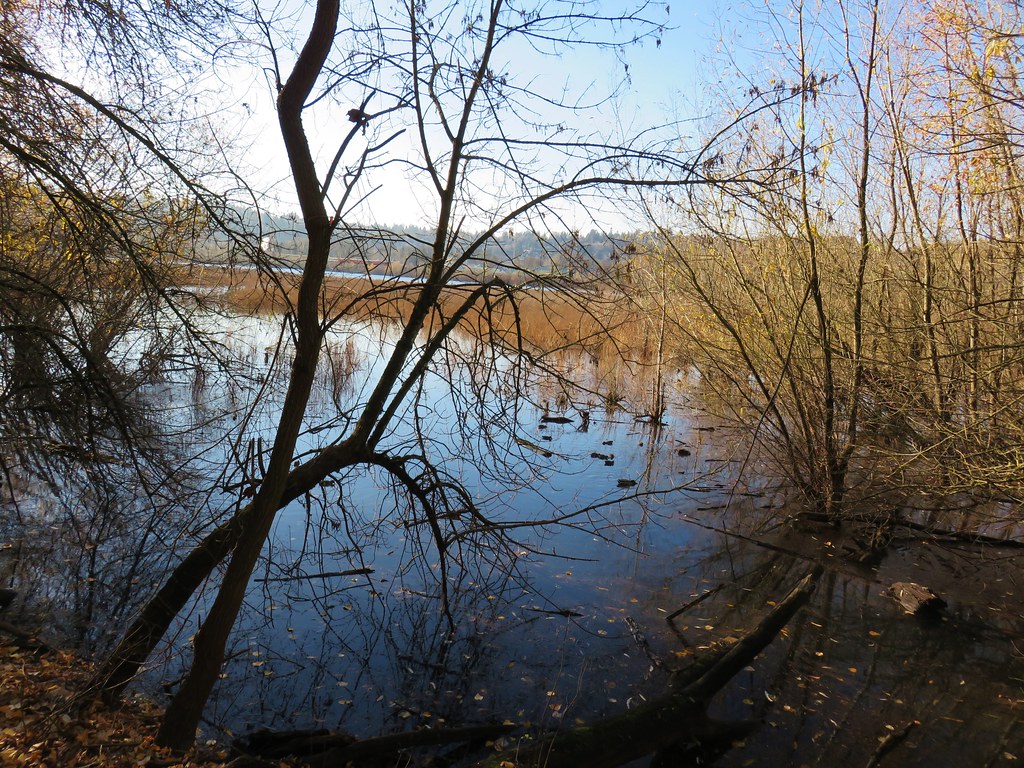 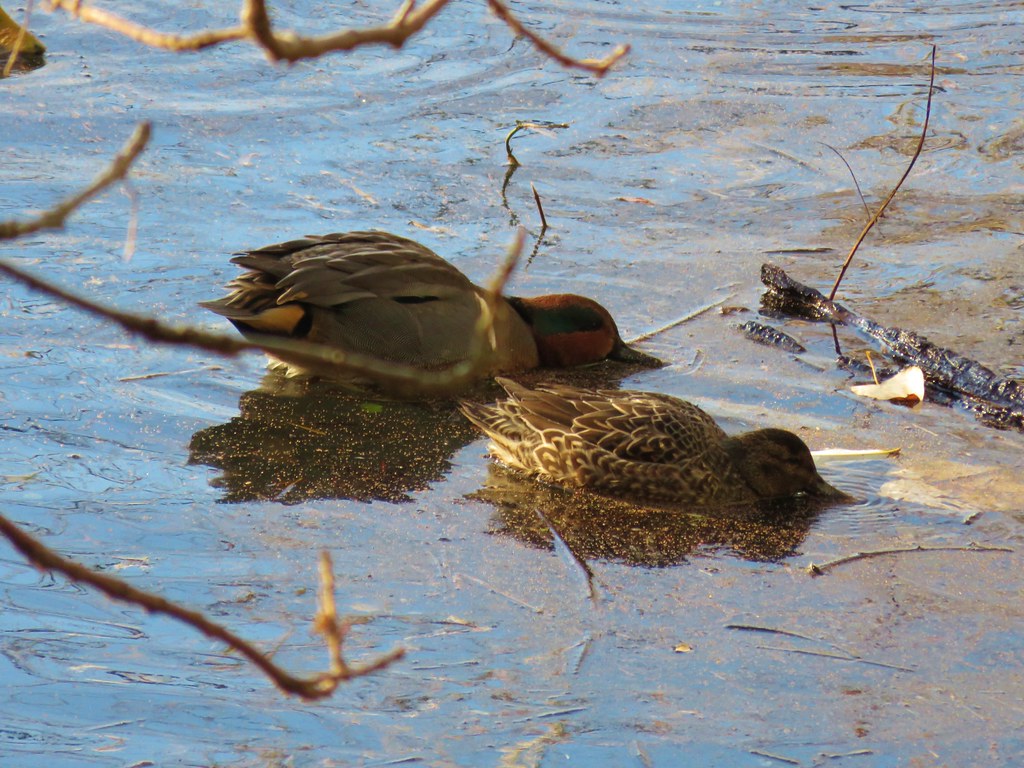 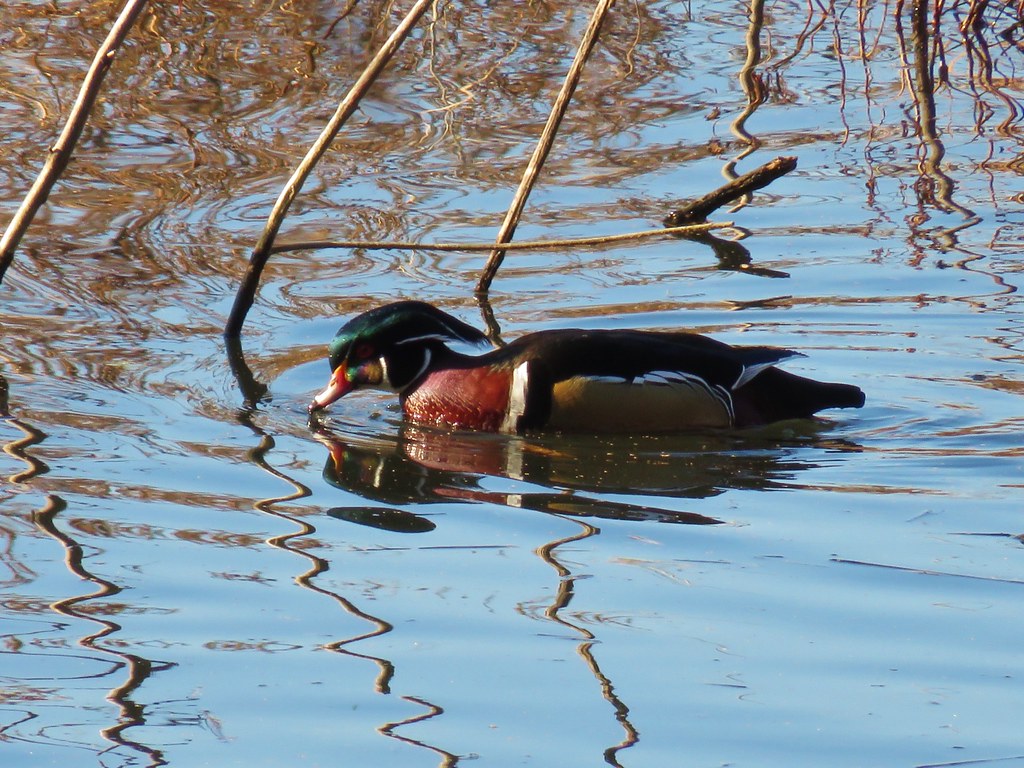 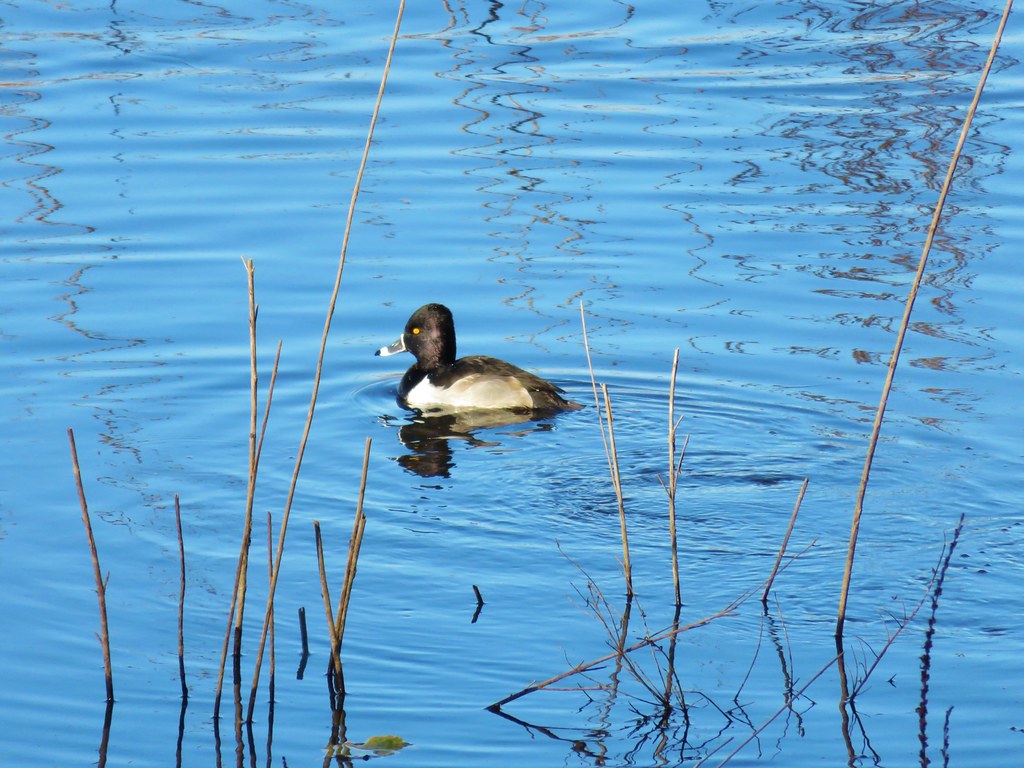 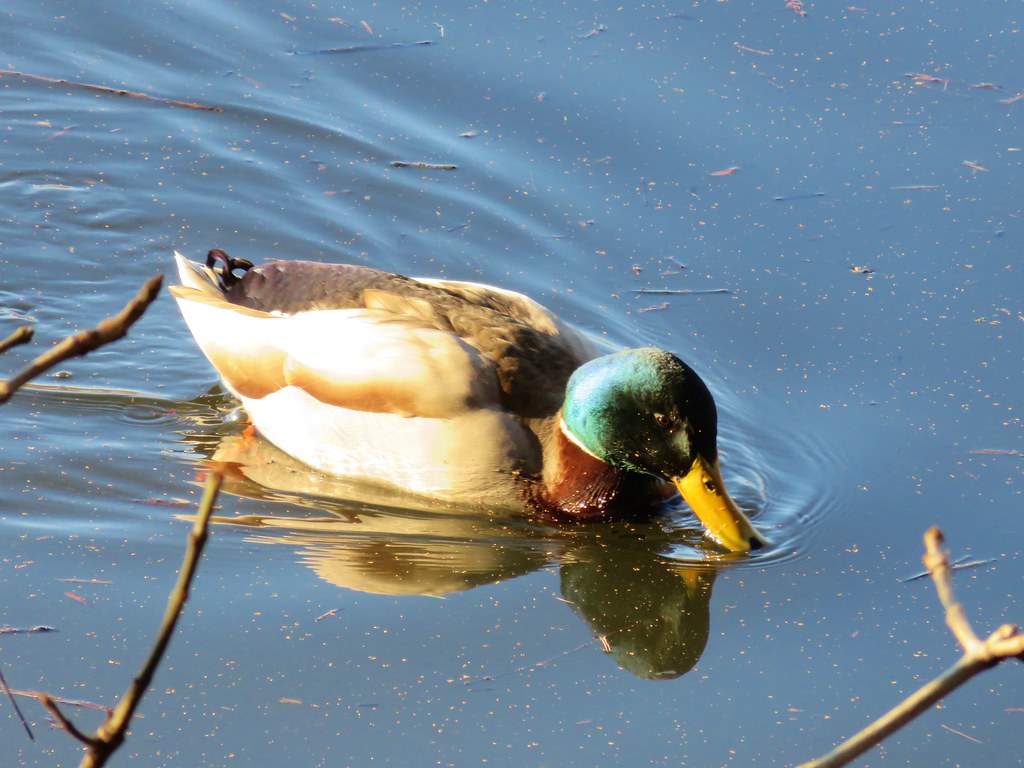 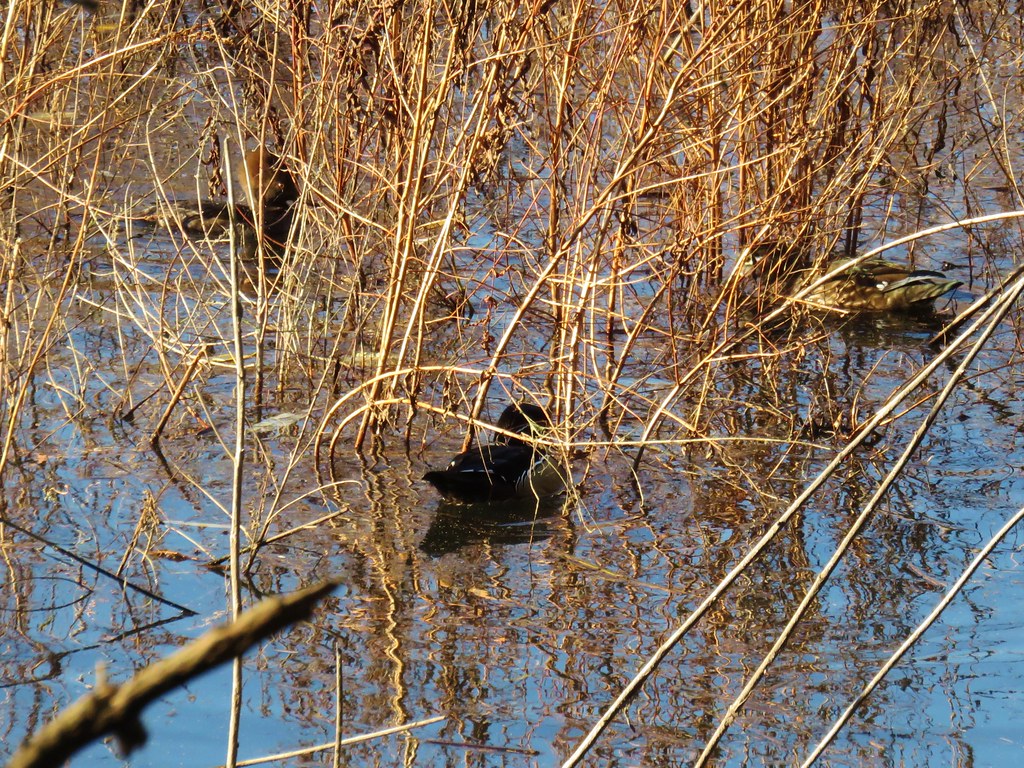 Not sure what kind of duck is in the upper left hand corner.

At the far end of the marsh trails from Sellwood Park joined at a meadow. Across the meadow to the west the Holiday Express train was preparing to depart. 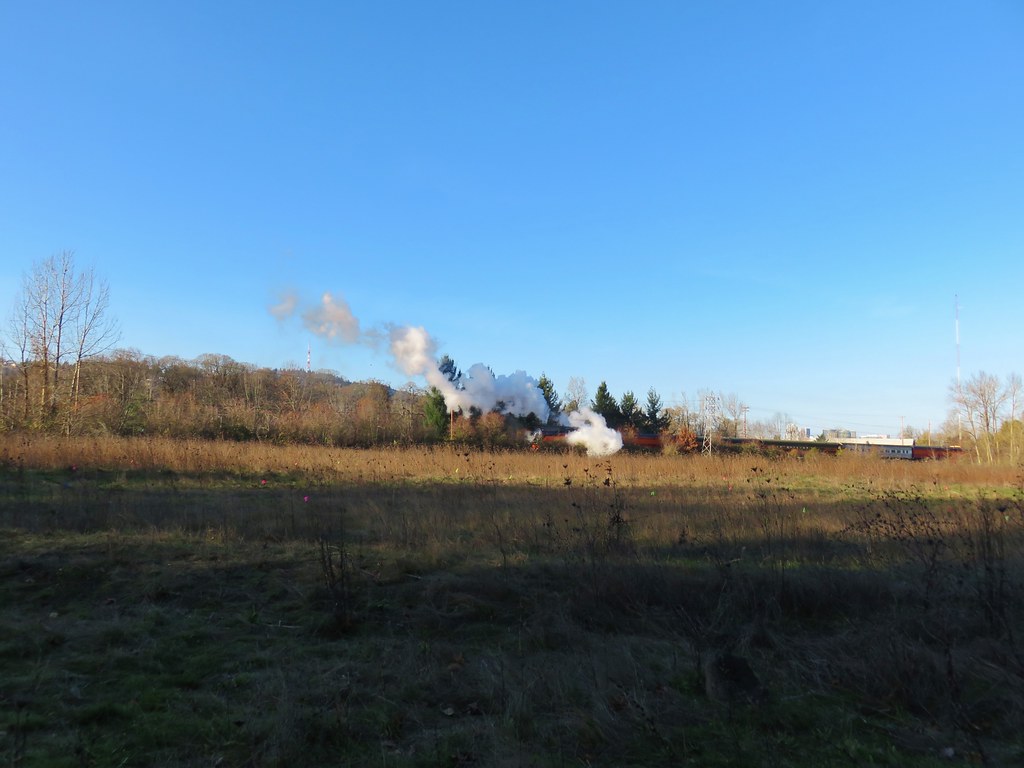 We continued around the marsh passing under the train tracks and turned right on the paved Springwater Corridor. The Holiday Express passed us as we went. 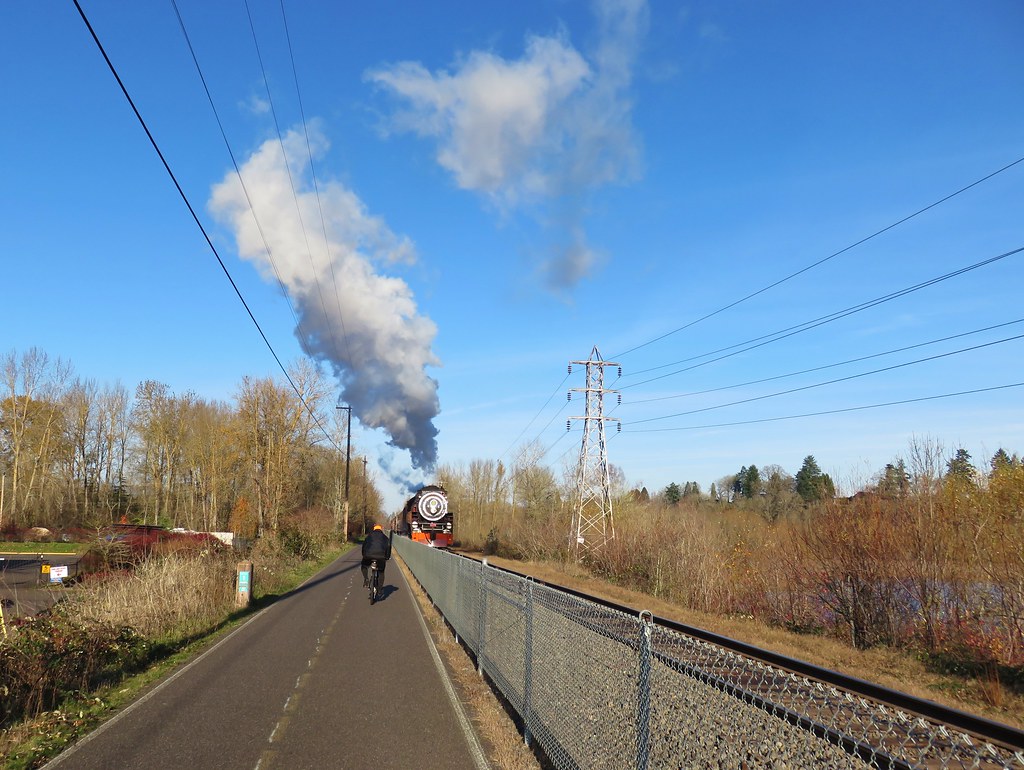 From this path we spotted some other birds including several herons, a cormorant, and a kingfisher. 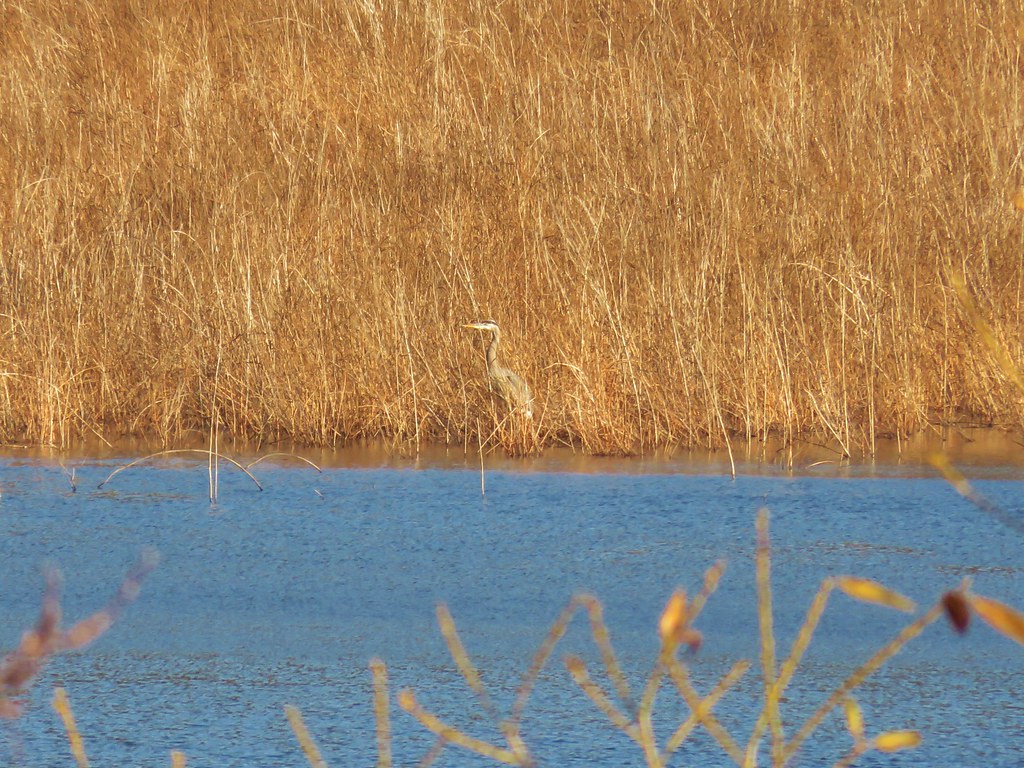 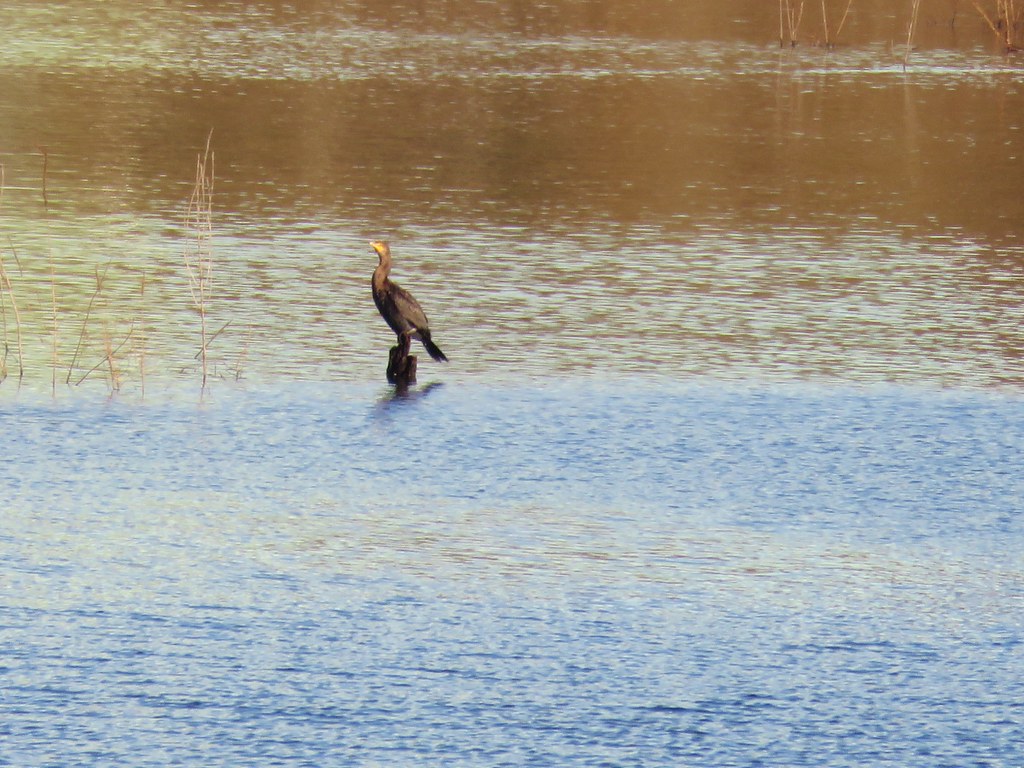 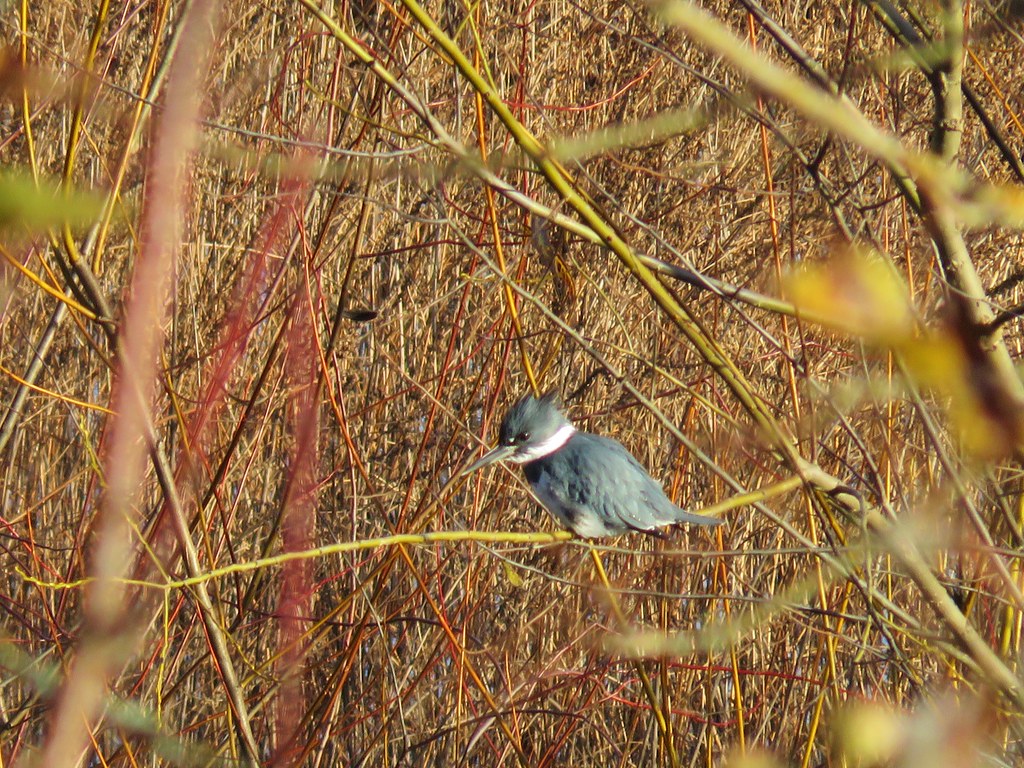 We passed a viewpoint of the Willamette River to the west before passing back under the railroad tracks. 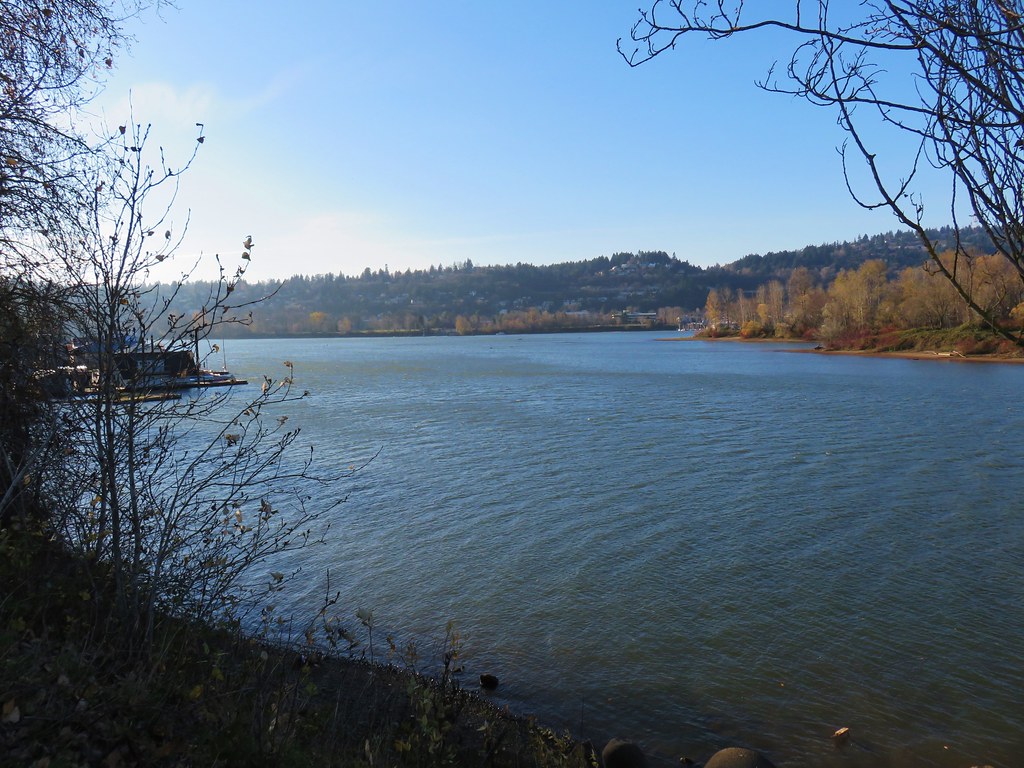 Before passing back under the the tracks we took a short path to the west toward the river where a few pieces of art could be seen amid the trees. 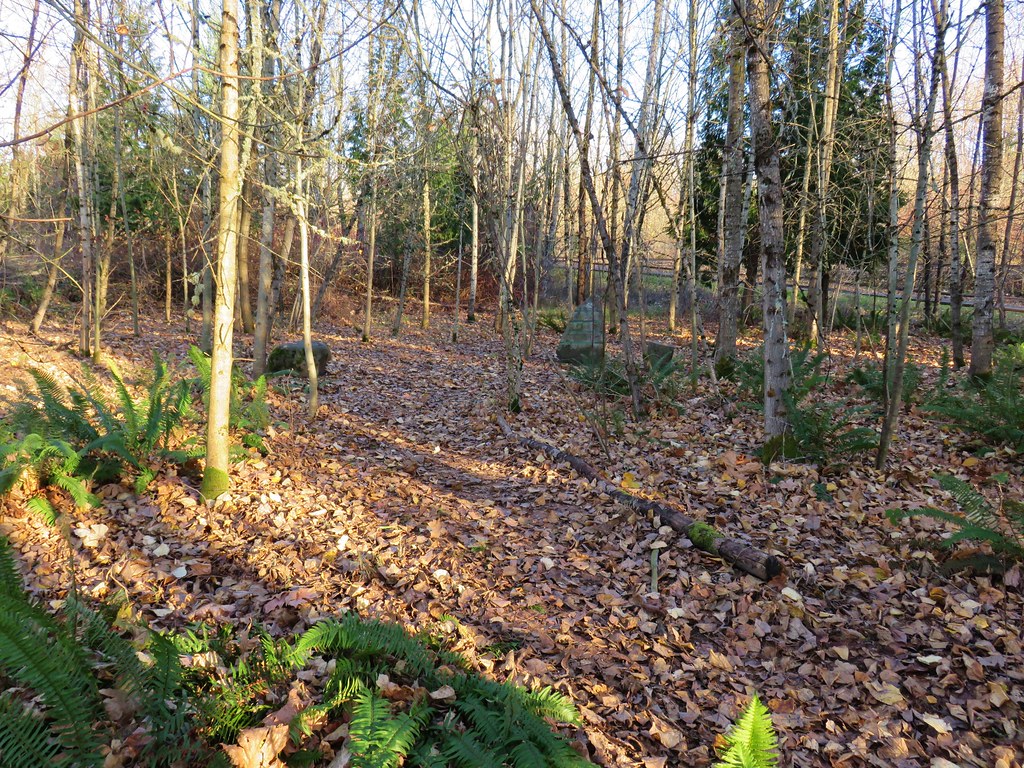 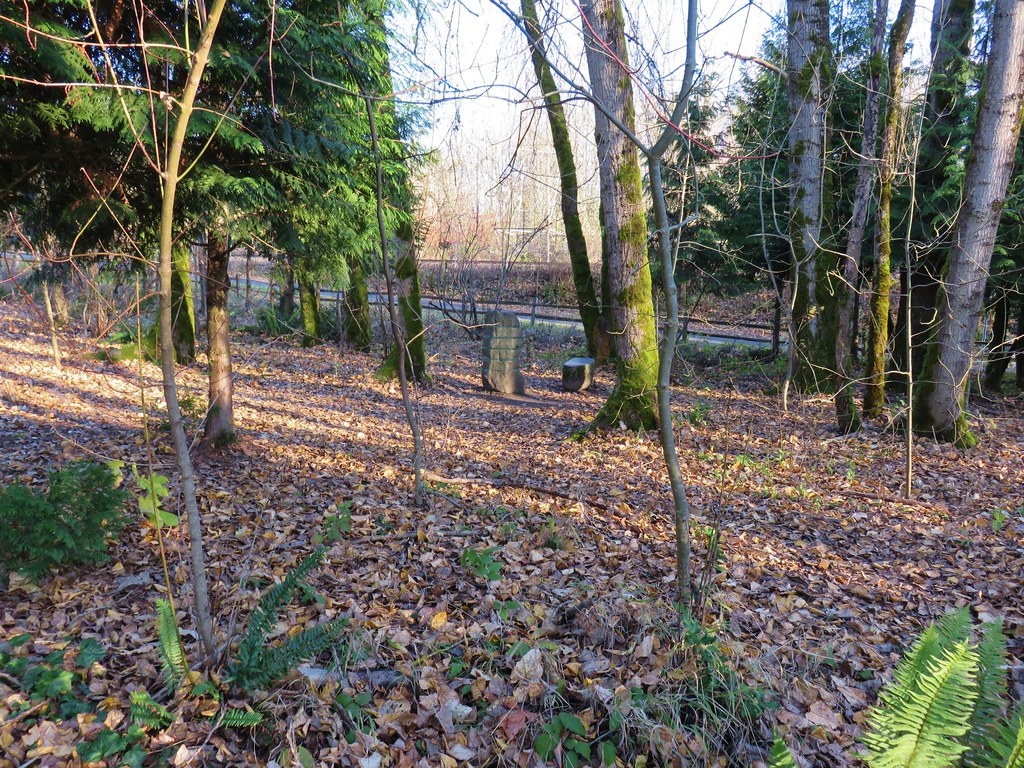 We turned off the paved path at a hiker only sign and passed through a wooden fence. 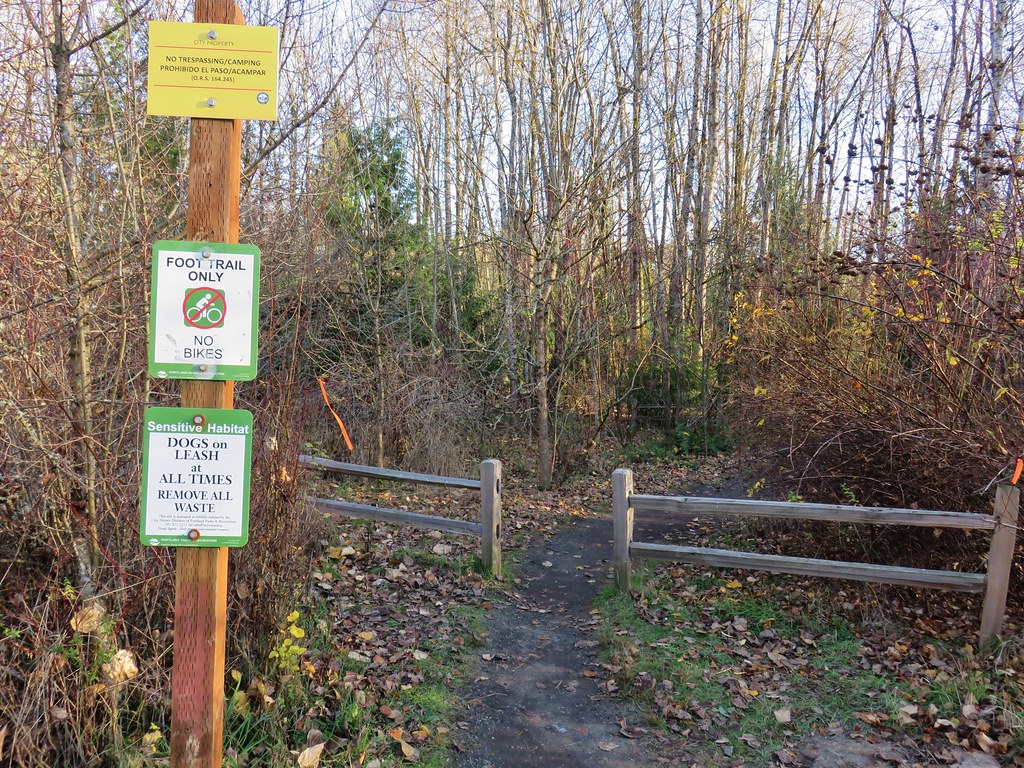 We were quickly back at the start of the loop and returned uphill to our car. A nice three mile or so stroll with lots of wildlife to watch. We ended our day at Give and Get where we had a good time despite not winning any of the raffles. Happy Trails!