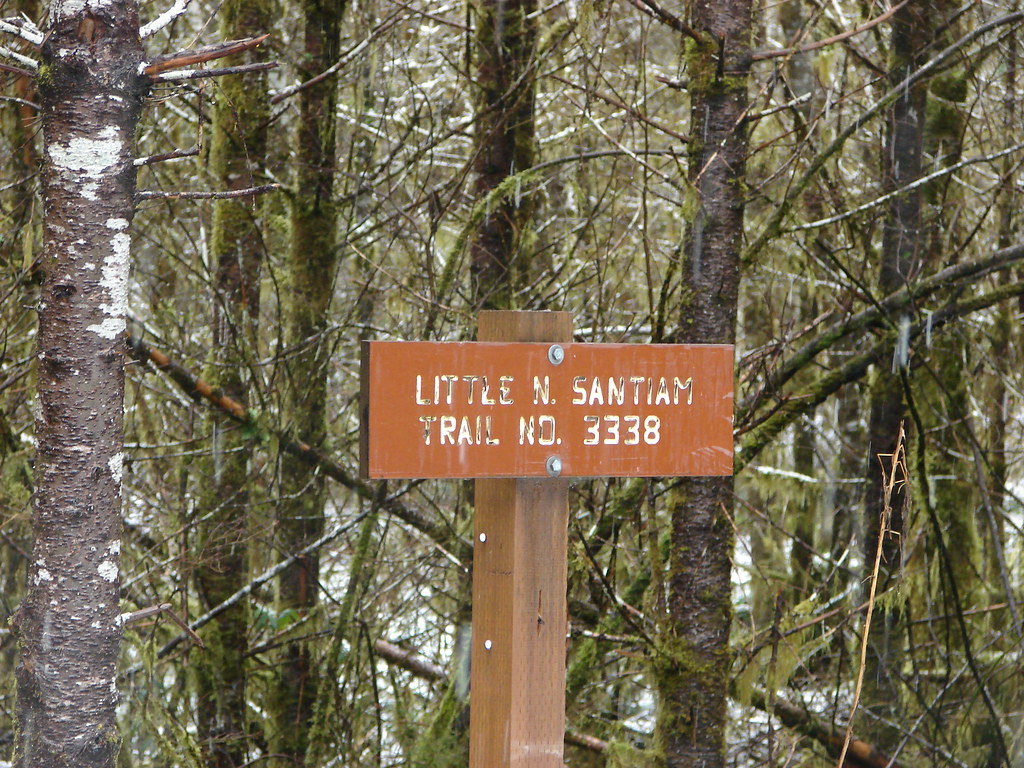 The area has become so popular on summer weekends that in June 2017 the Forest Service put several restrictions in place (information). Most of the issues have been north bank of the river which is easily accessed by car. Even in 2012 we knew to avoid the warm days of summer so we were there on a cold, wet Spring morning ready to go. 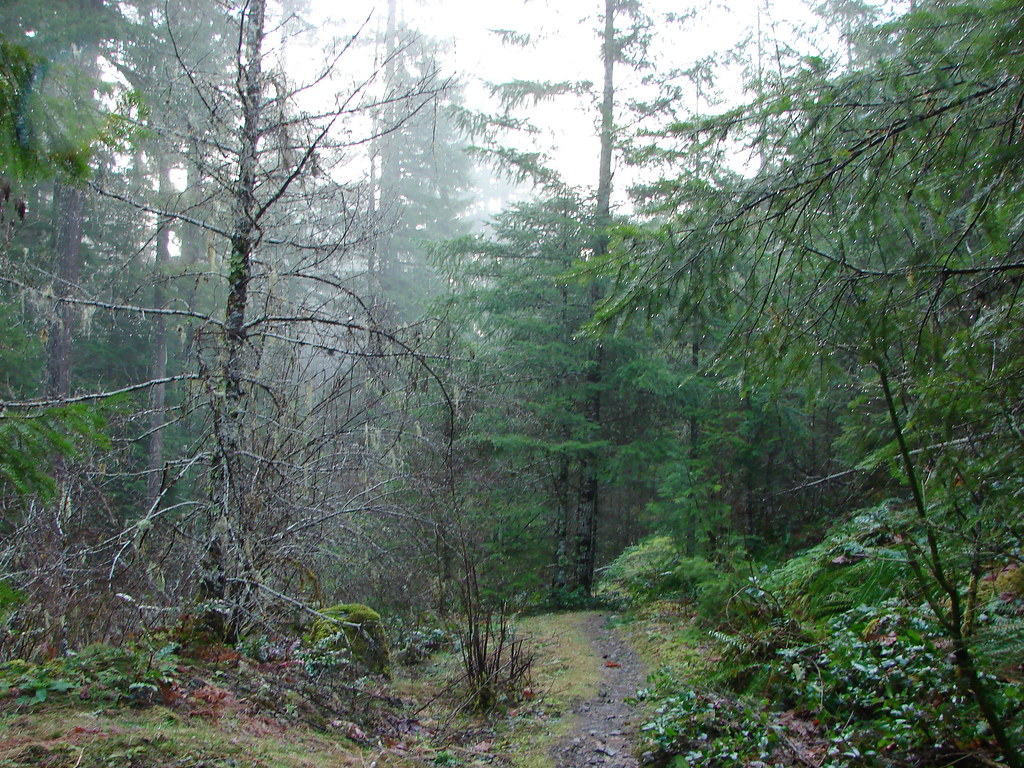 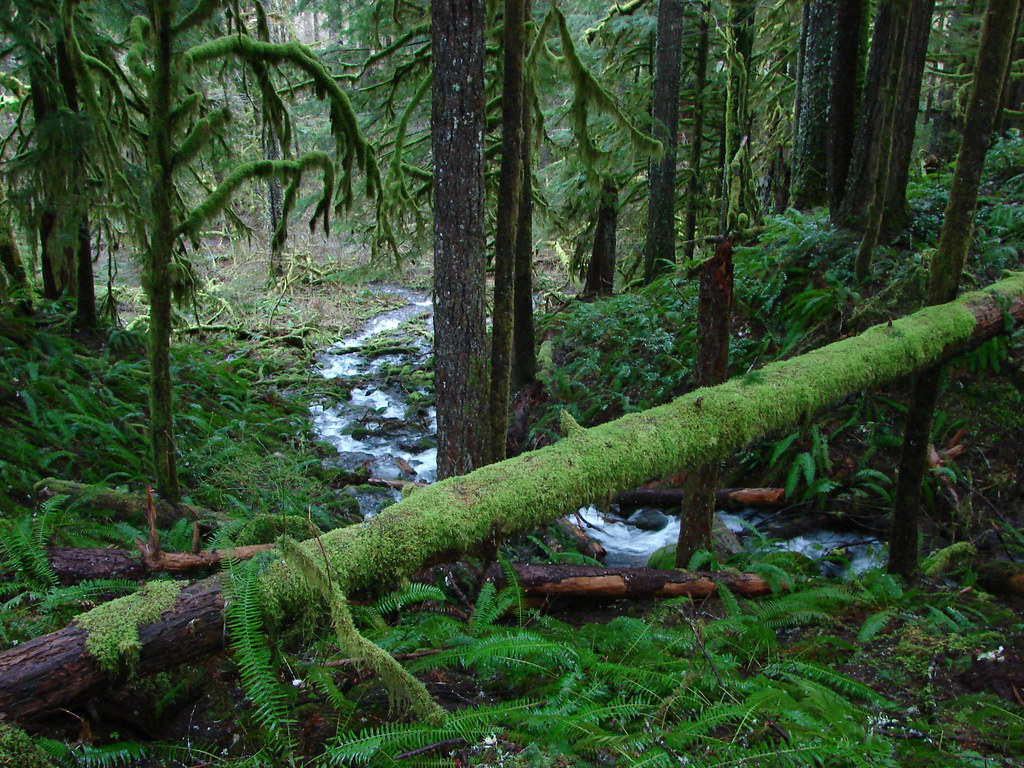 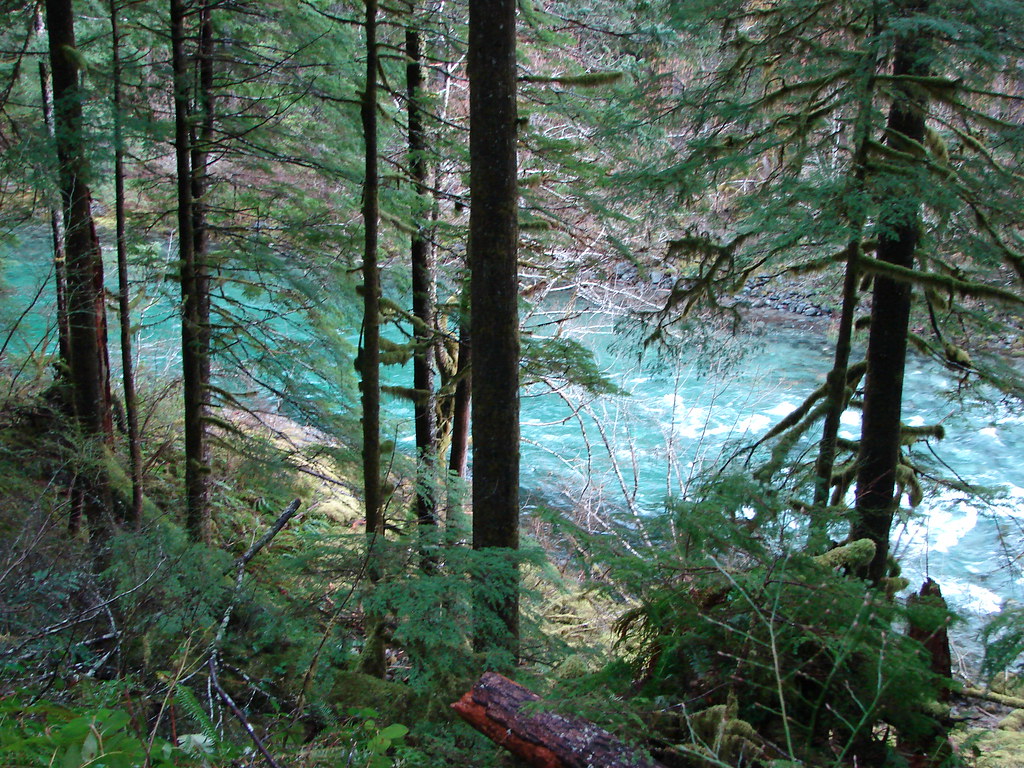 Several side paths led down to the clear water. 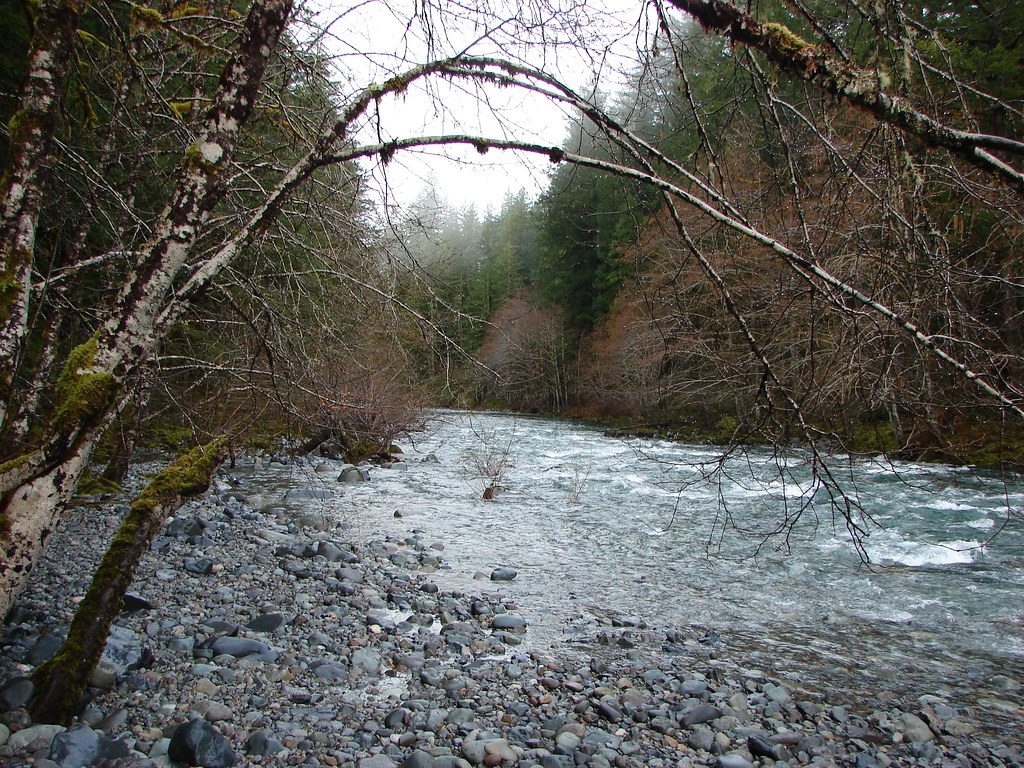 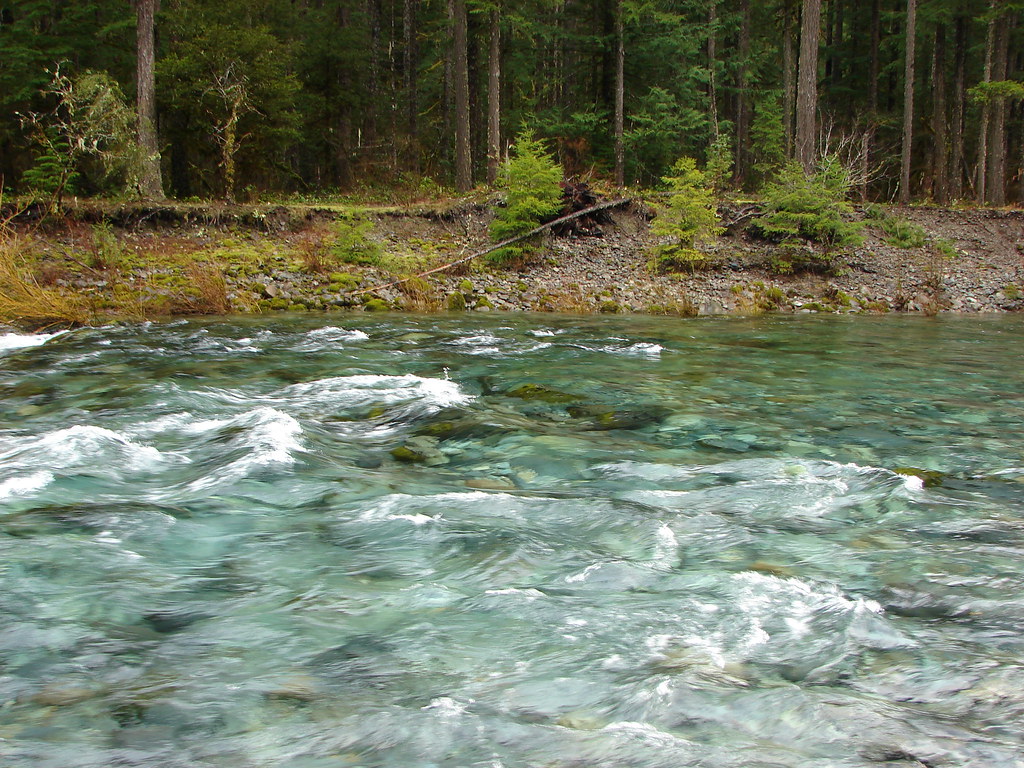 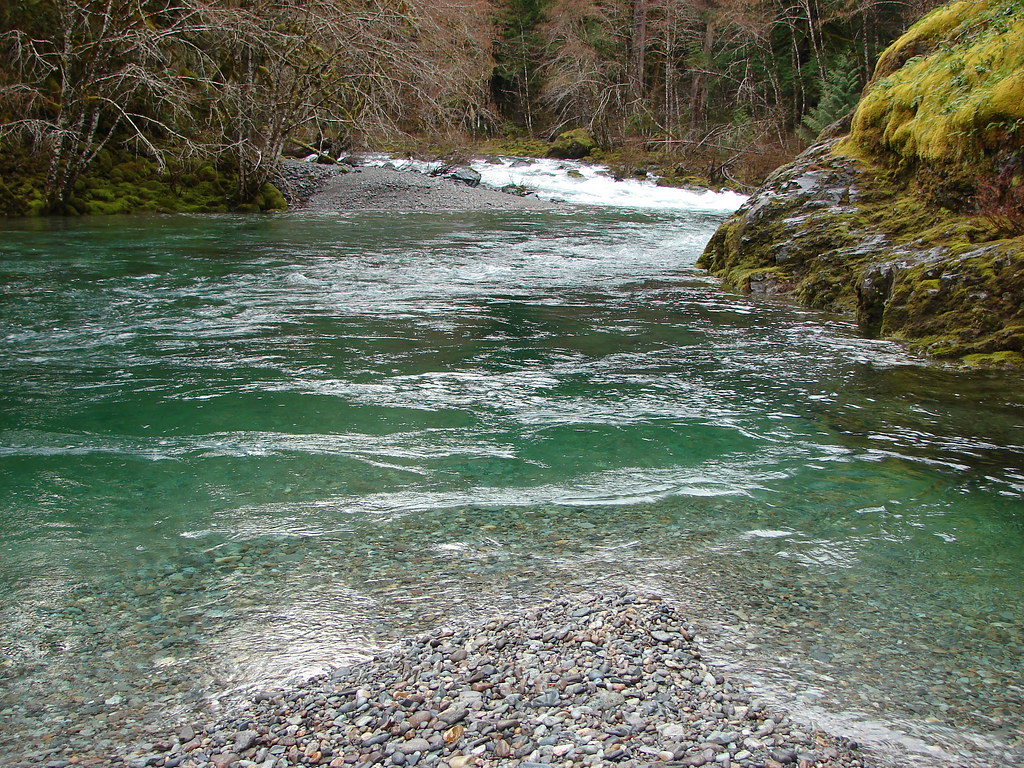 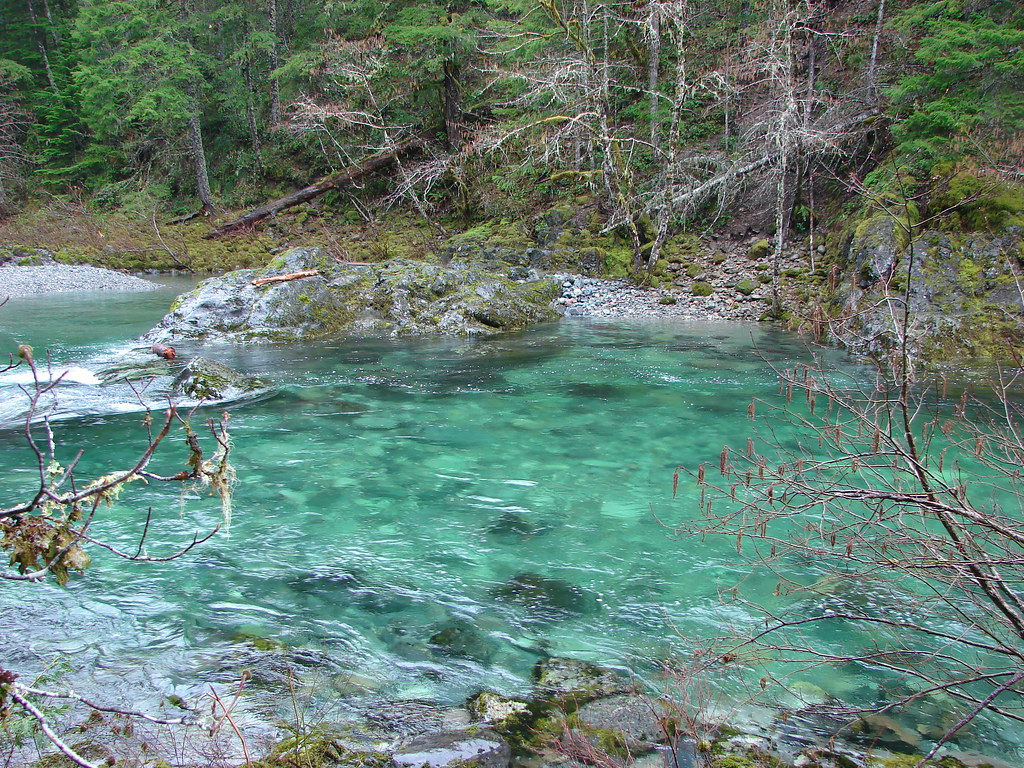 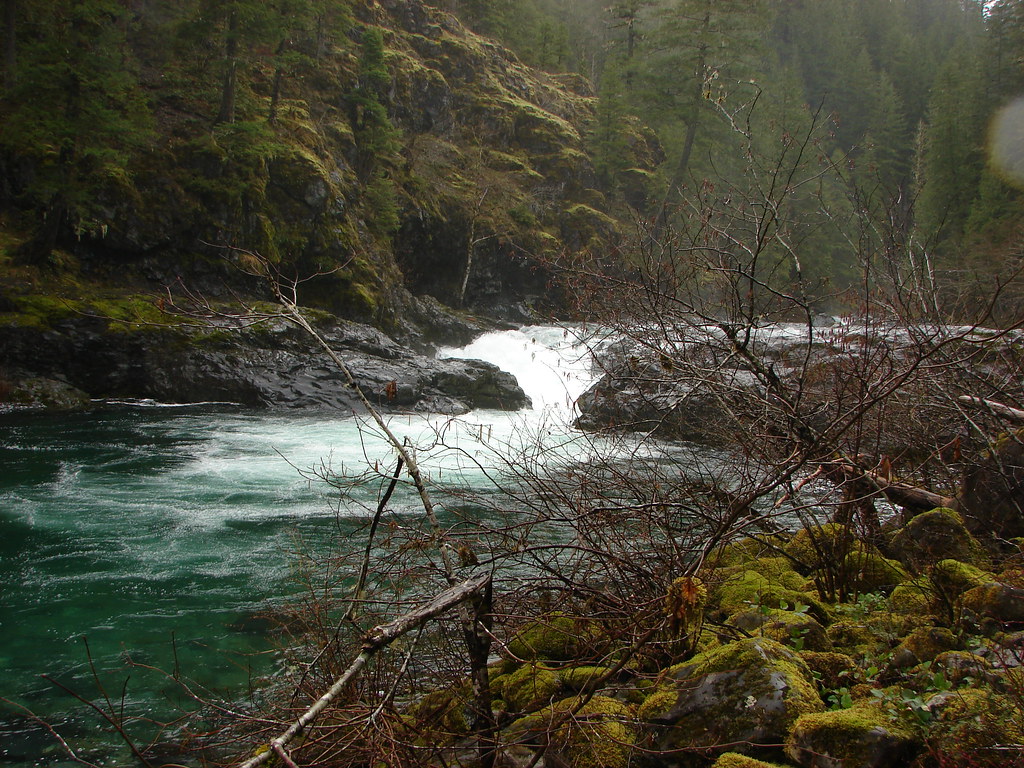 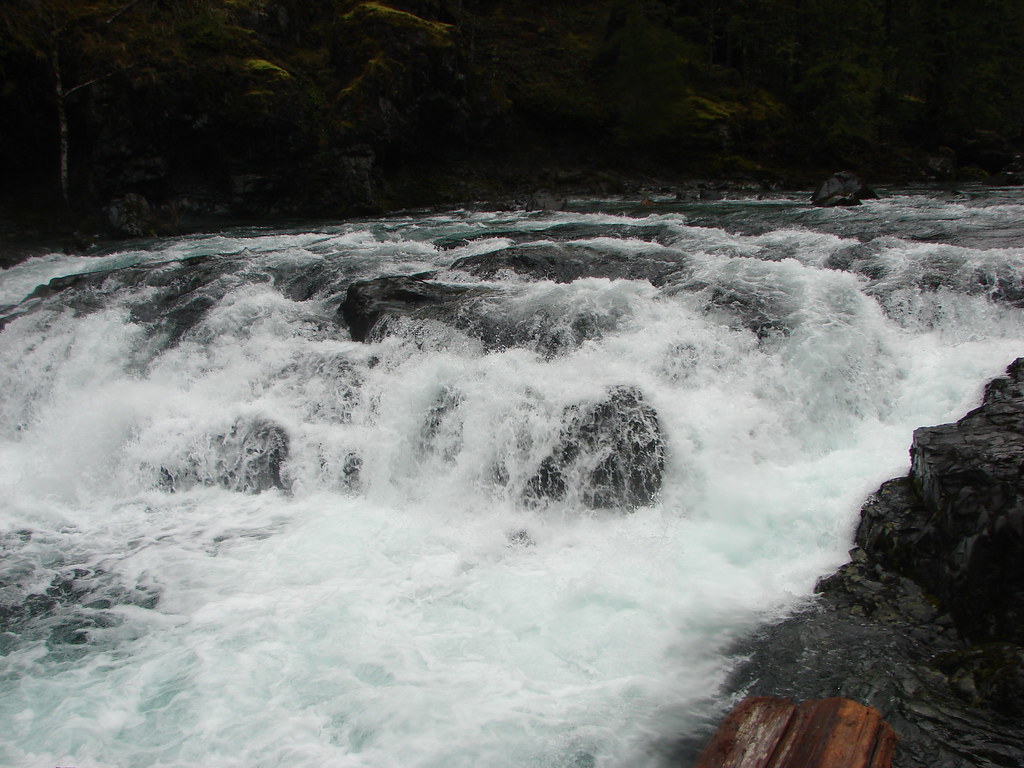 Low clouds provided a light drizzle but we could see high enough up the hillside to see that snow level wasn’t all that much more above us. 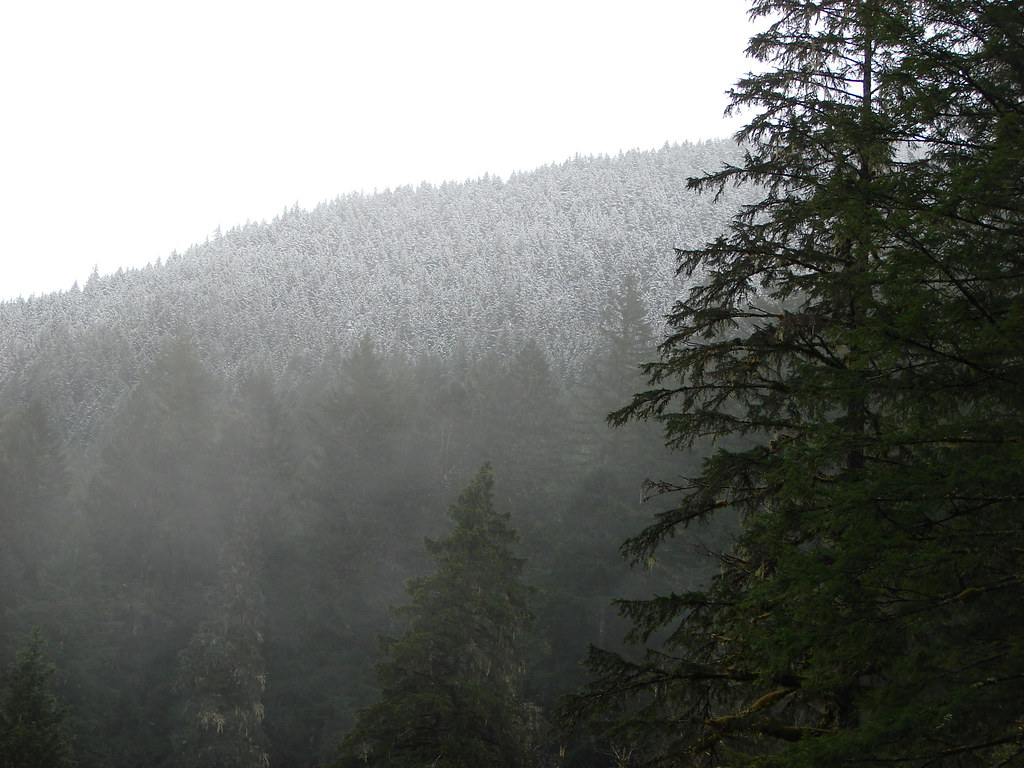 After crossing Winter Creek the trail climbed away from the river as it passed through a narrow canyon. 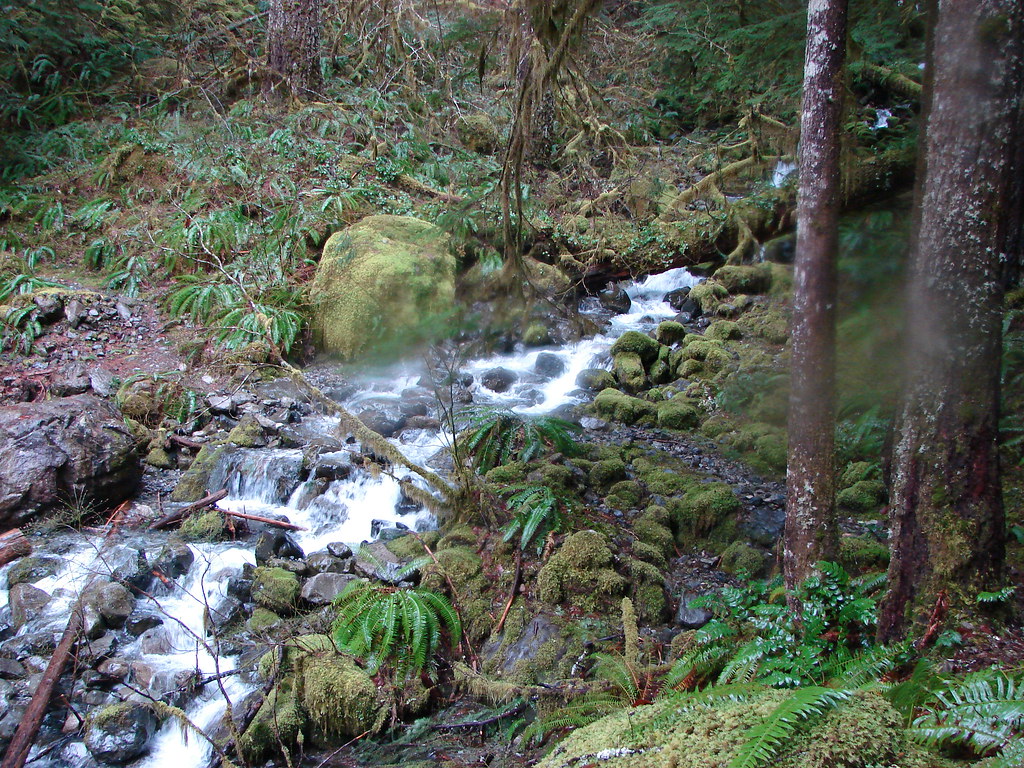 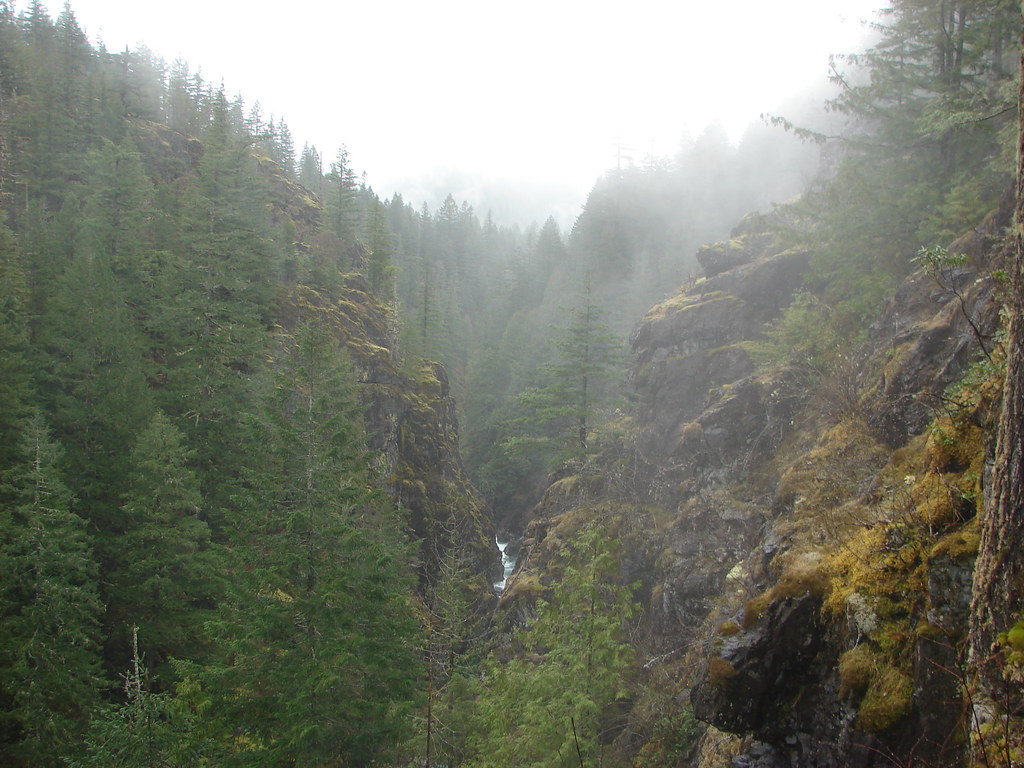 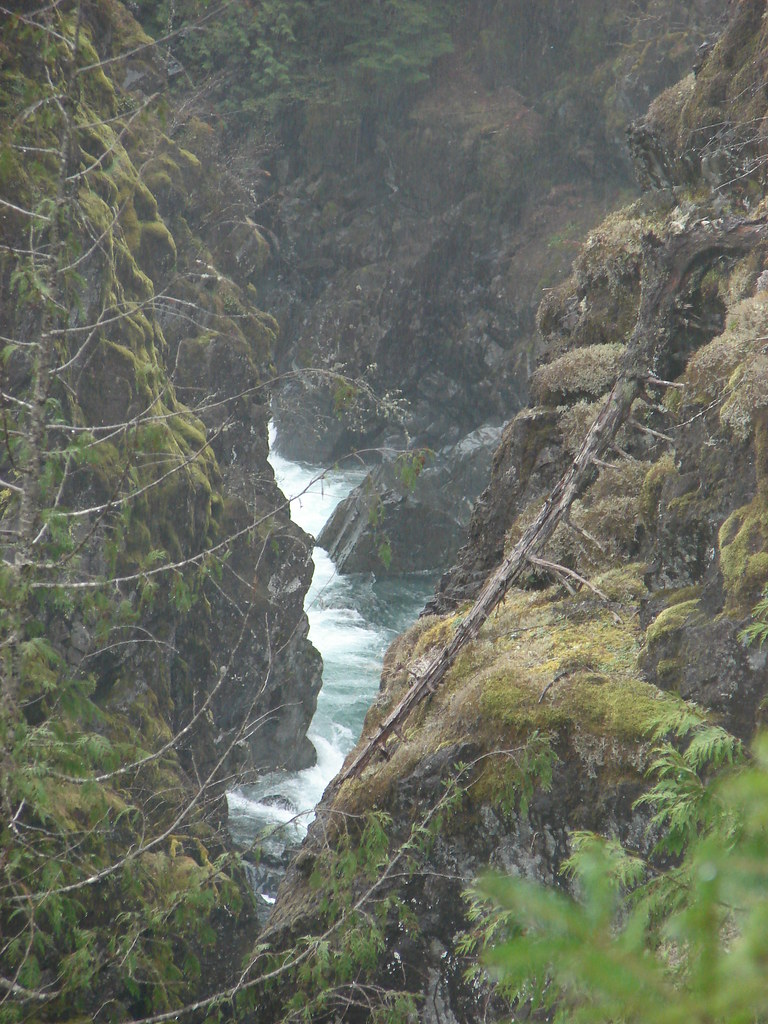 After passing the canyon the trail descended back down to the river through a mossy green forest. 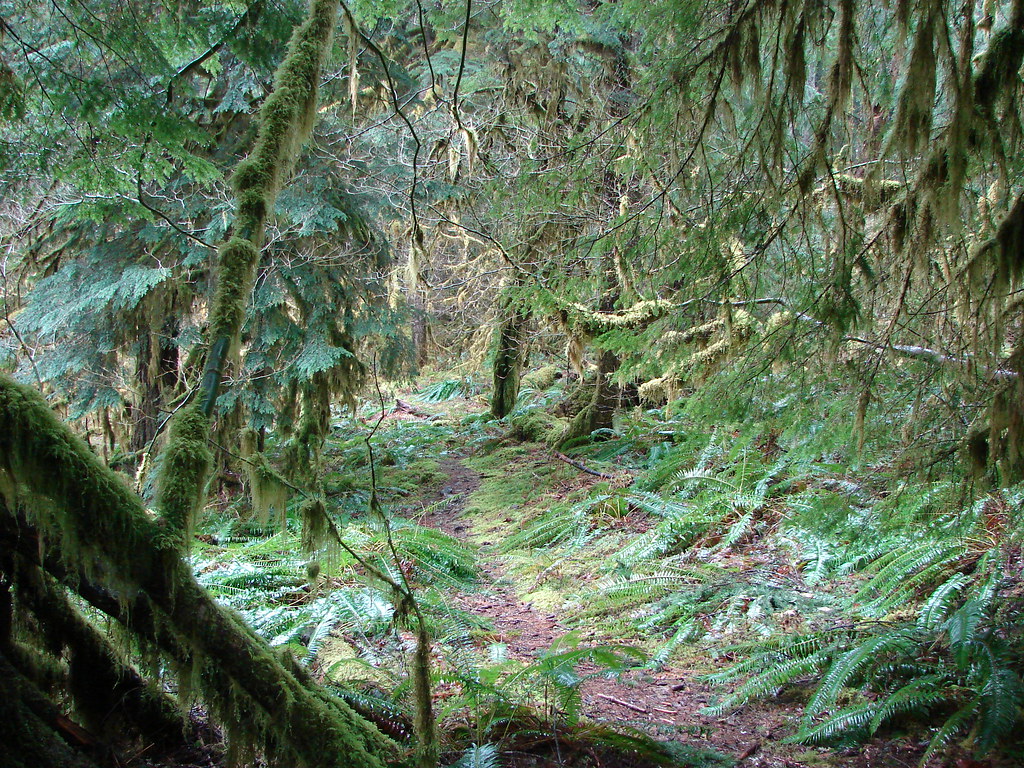 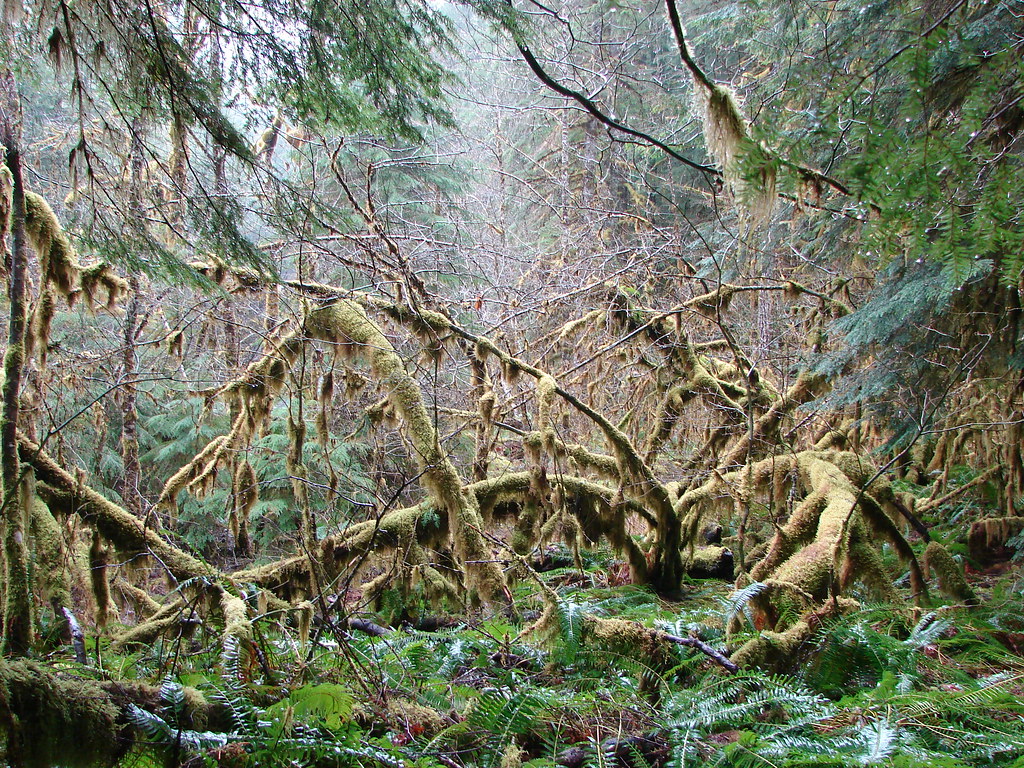 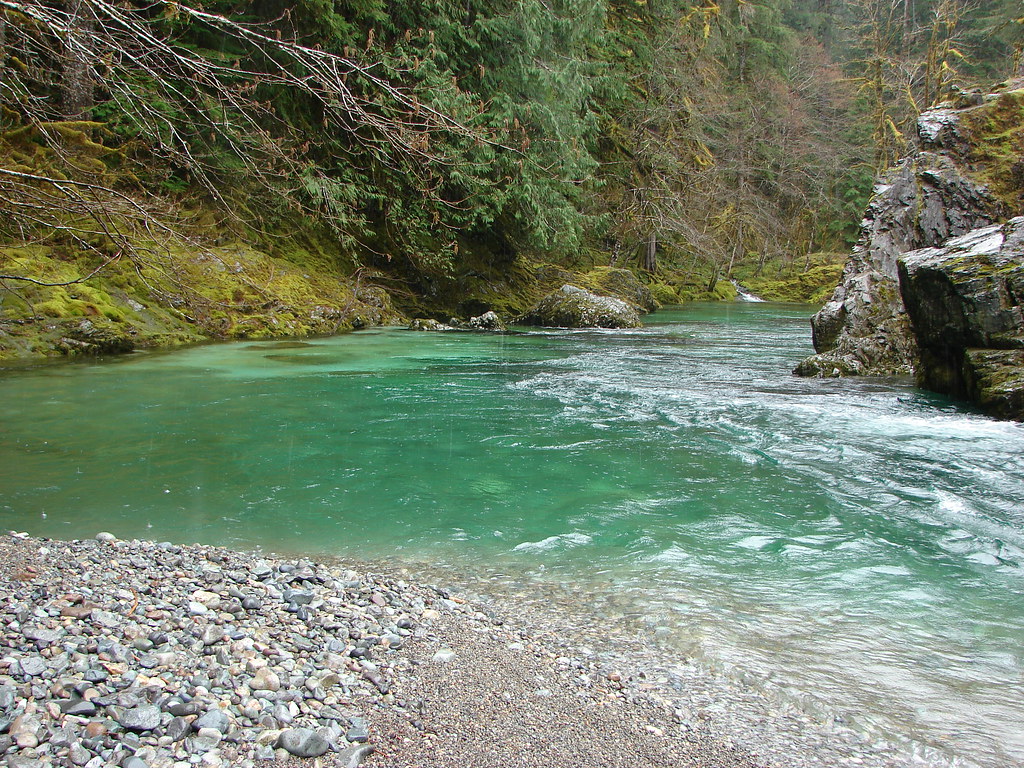 At the 3.3 mile mark we passed above the Three Pools which are emerald pools in the river separated by small falls. 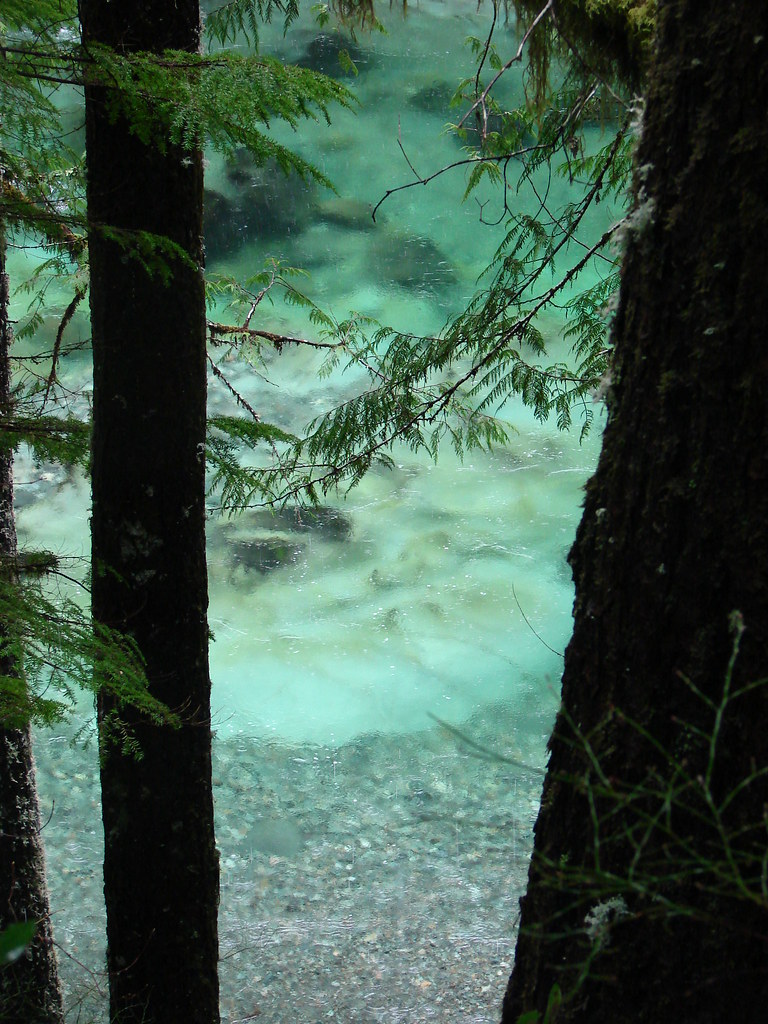 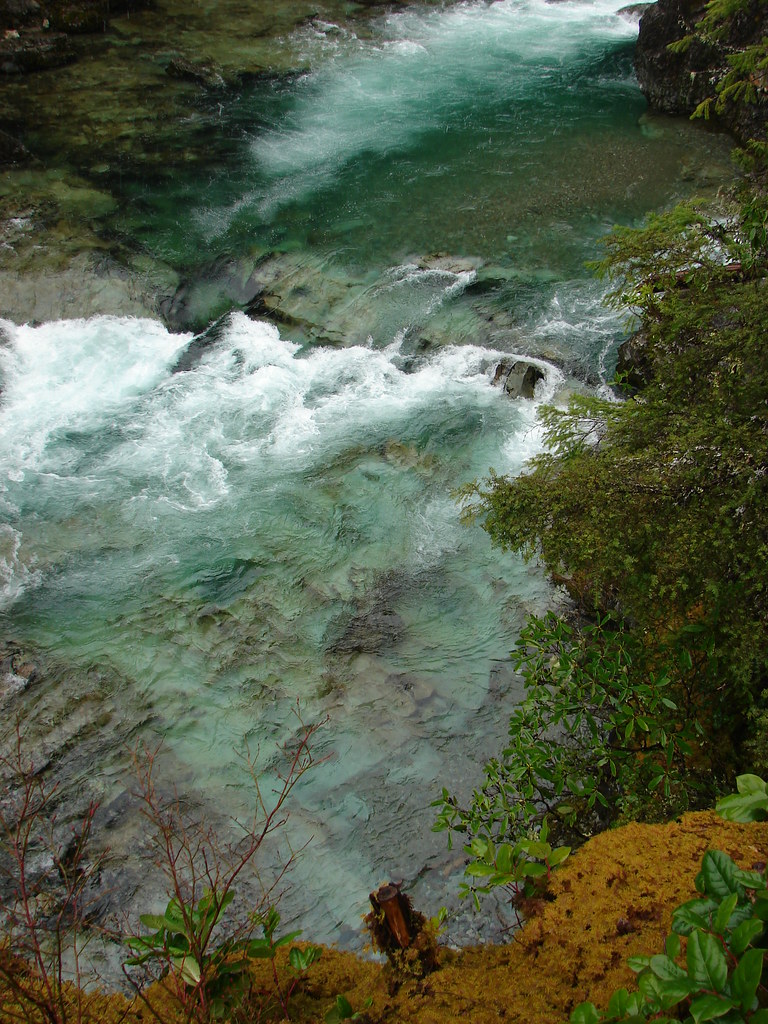 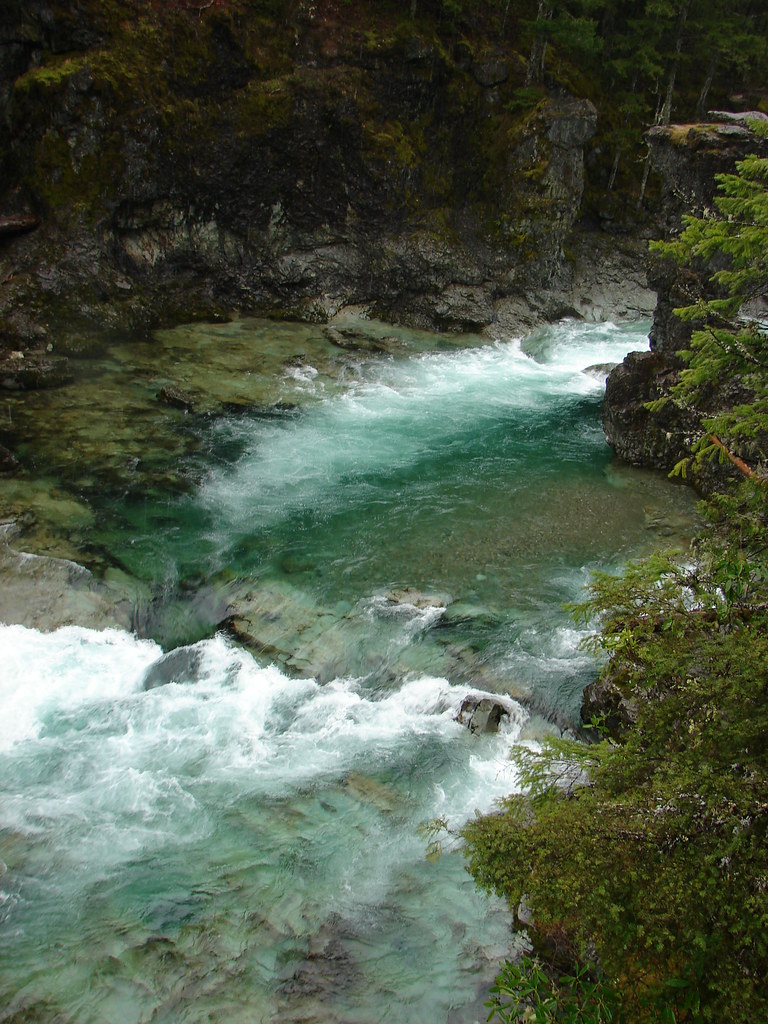 A little beyond the Three Pools the trail crosses Little Cedar Creek on a footbridge only the footbridge had been washed out over the winter and the creek was flowing high enough and fast enough to make the thought of fording unattractive. We were only about half a mile from the eastern trailhead but had to turn back.

As we headed back it began to snow. 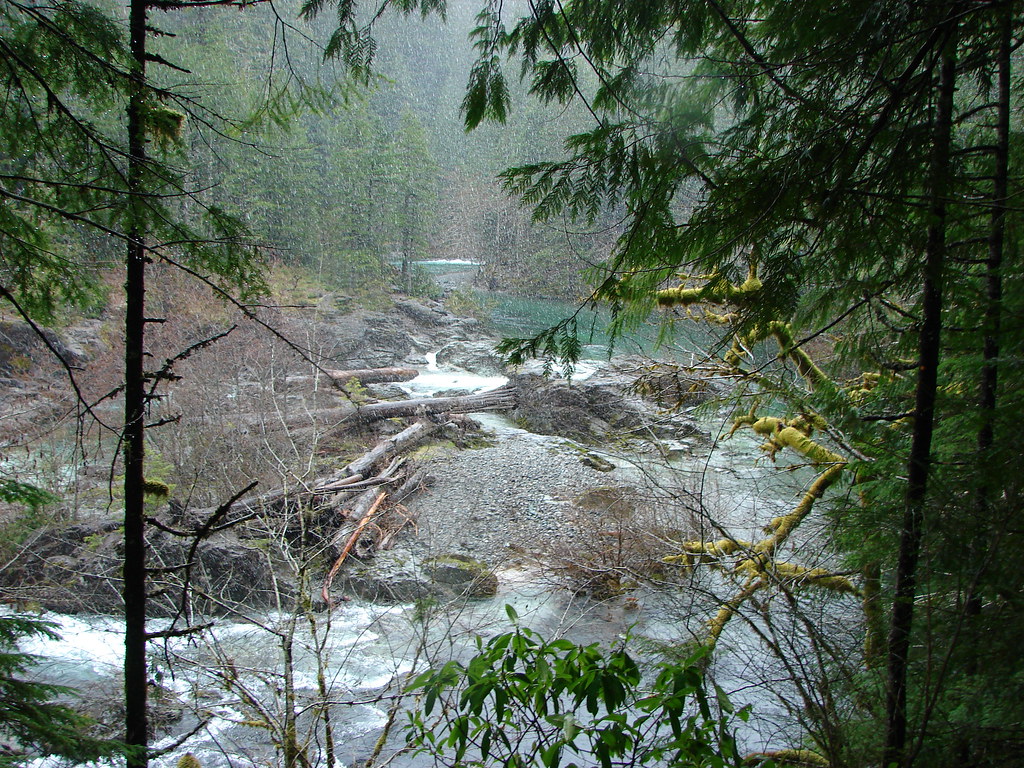 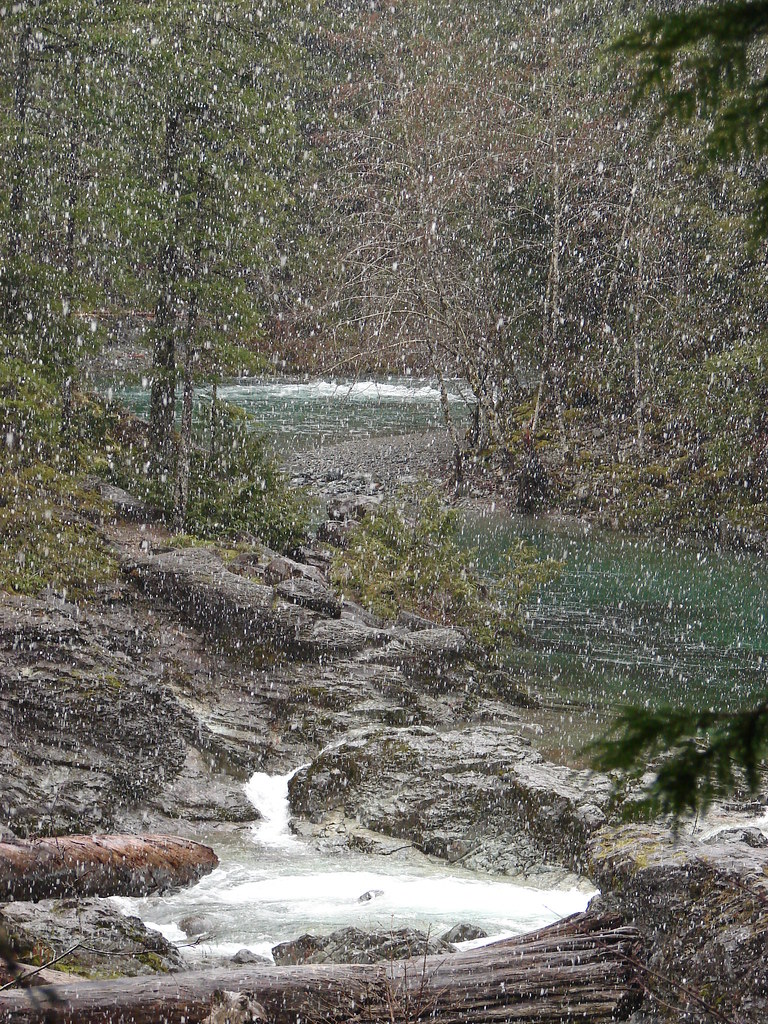 It was coming down steadily and beginning to stick. 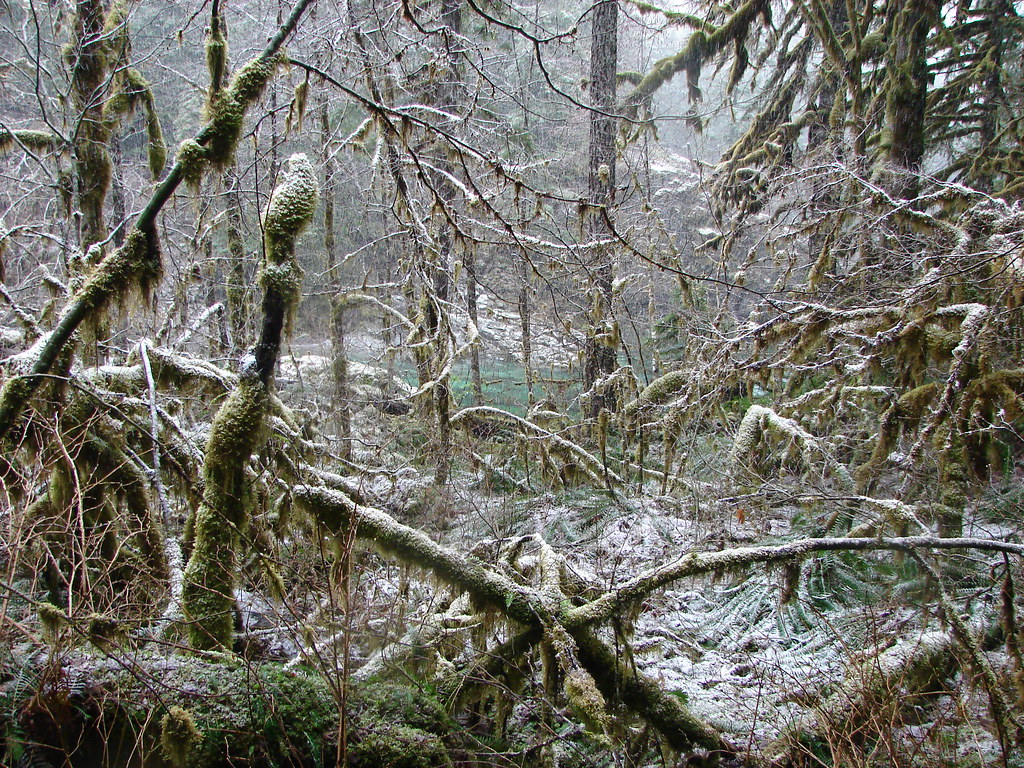 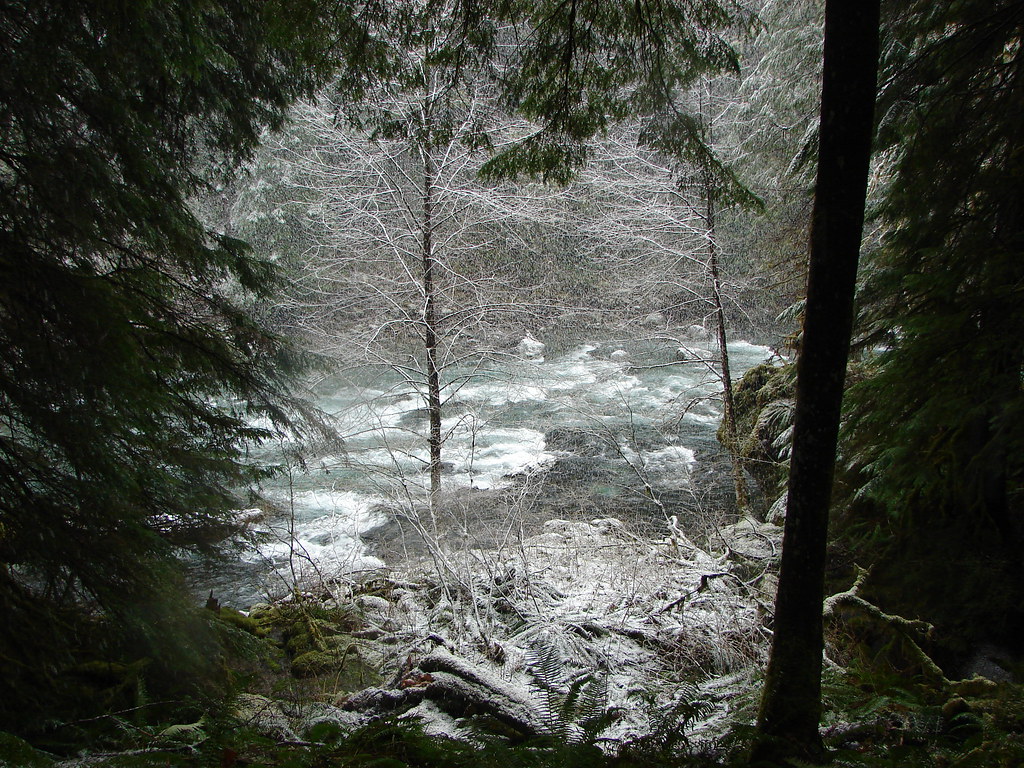 Things looked quite a bit different at the high point of the trail when we passed over on the way back. 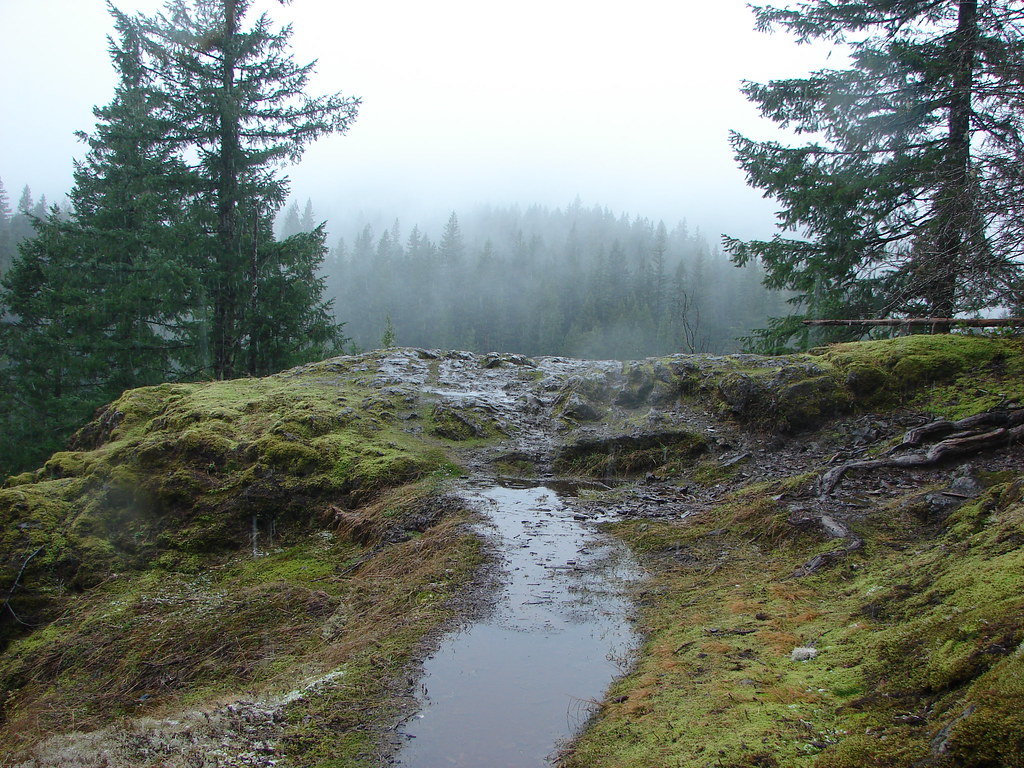 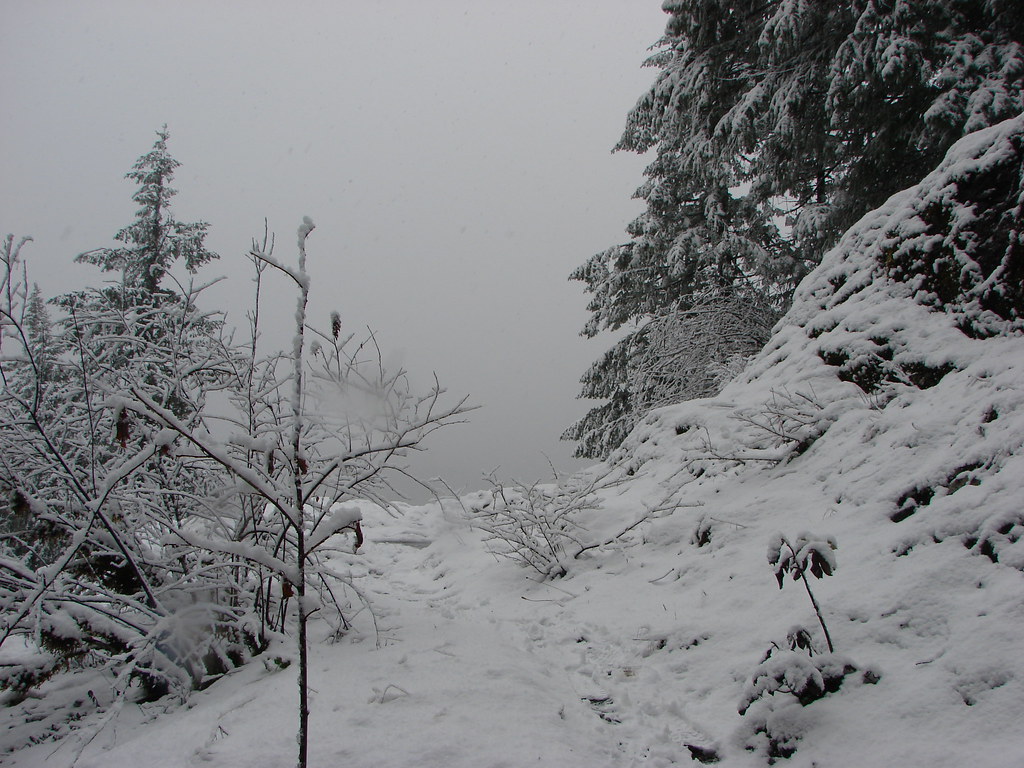 As we descended the amount of snow lessened but it still made for some beautiful scenery. 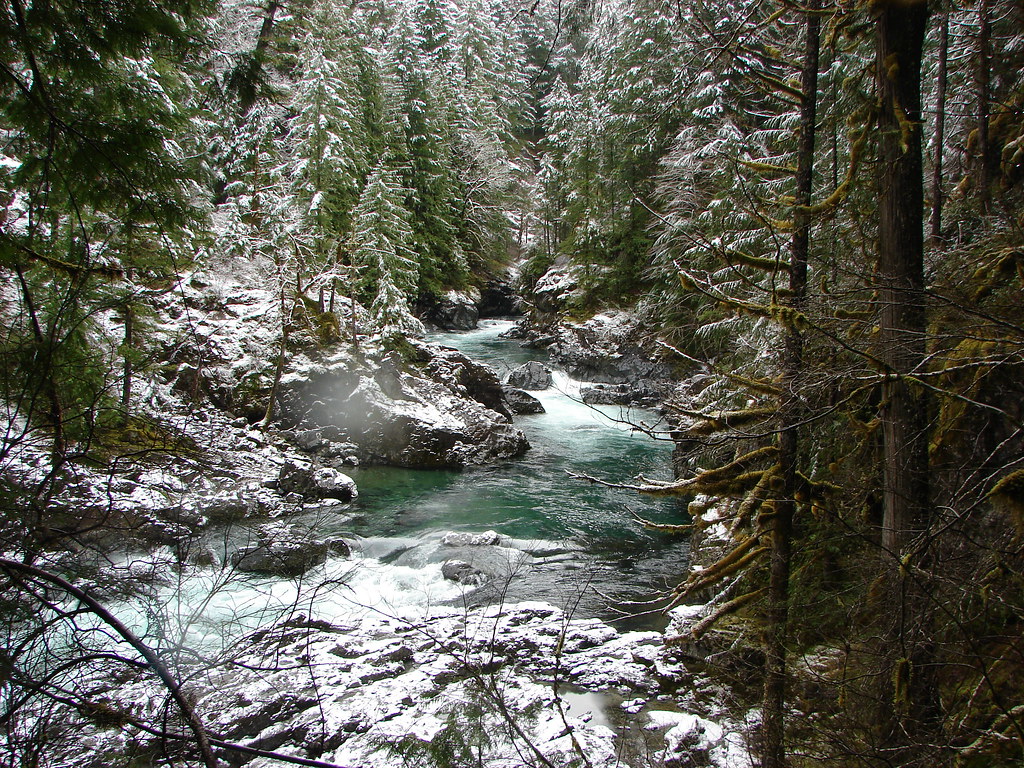 There was even a bit of snow at the trailhead when we got back. 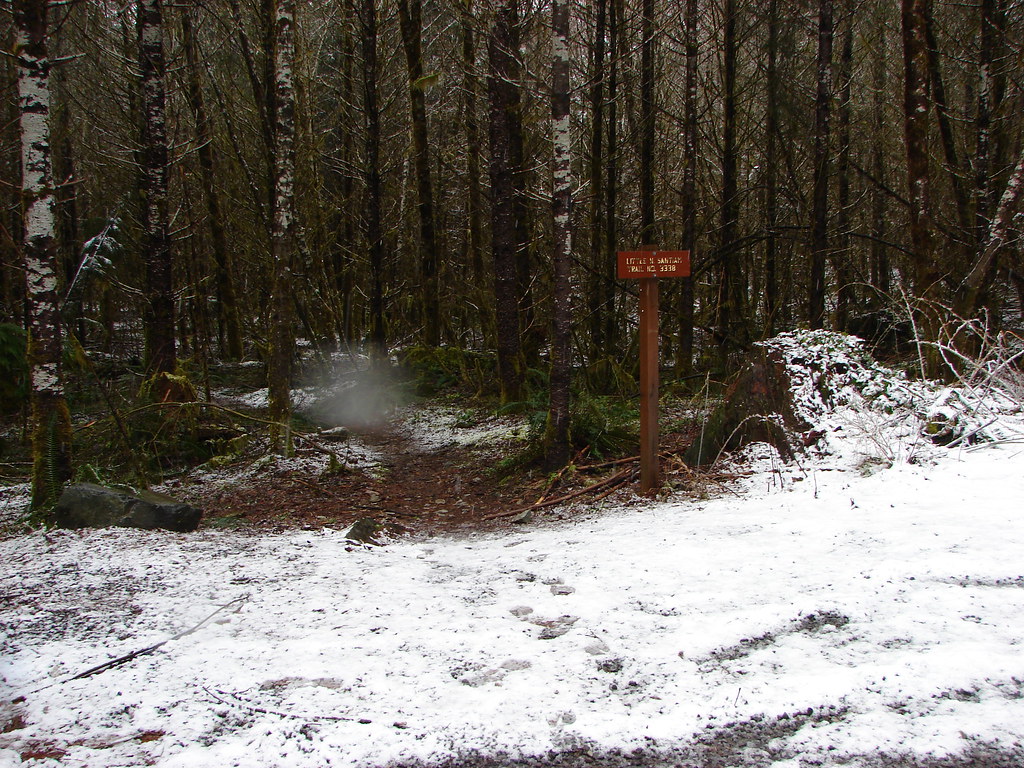 The snow had surprised us and we were a little nervous at first about being able to see the trail, which was unfounded but we hadn’t hiked in snow like that before. It wound up being an exceptionally beautiful hike though and so much nicer than it would have been with hundreds of people swimming in the river. Happy Trails!

Beautiful river! I love it when a snow like that comes along on a hike! I see that rather frequently in the high country here.