On Memorial Day we headed home from Bend and stopped to revisit a hike that we first did on October 14, 2013 (post). We covered the trailhead and route in that trip report. This entry will focus on what we saw this time around. On our previous visit the forecast had been for clear, sunny skies but what we got was a sheet of grey clouds that obscured most of the mountain views we’d hoped for. This time around things were much different.

We set off a little after 6am from the lower trailhead and headed through the forest which was a little greener in May than it had been in October. 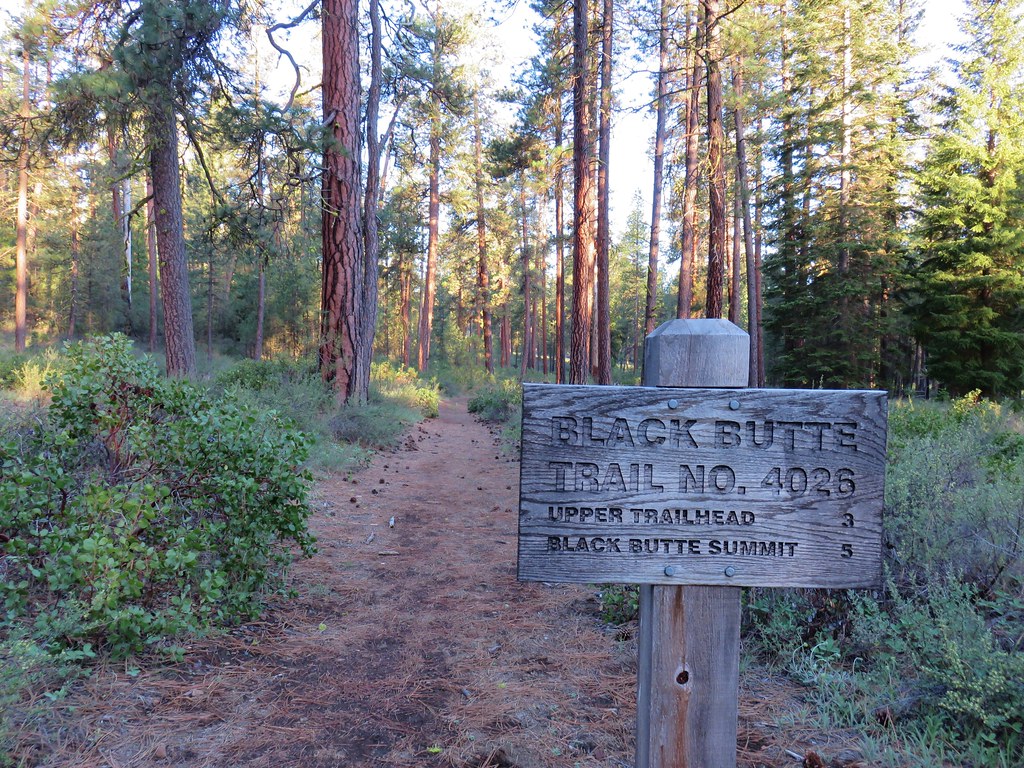 There was some yellow clumps of balsamroot blooming along the lower trail and we also saw a little red paintbrush. 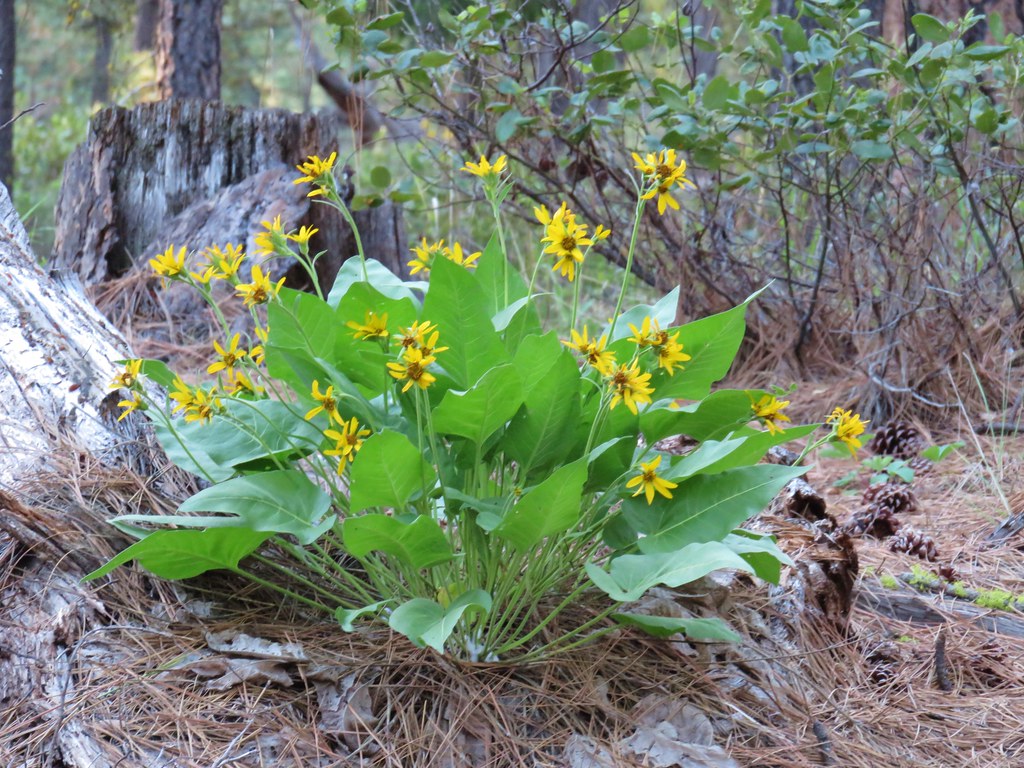 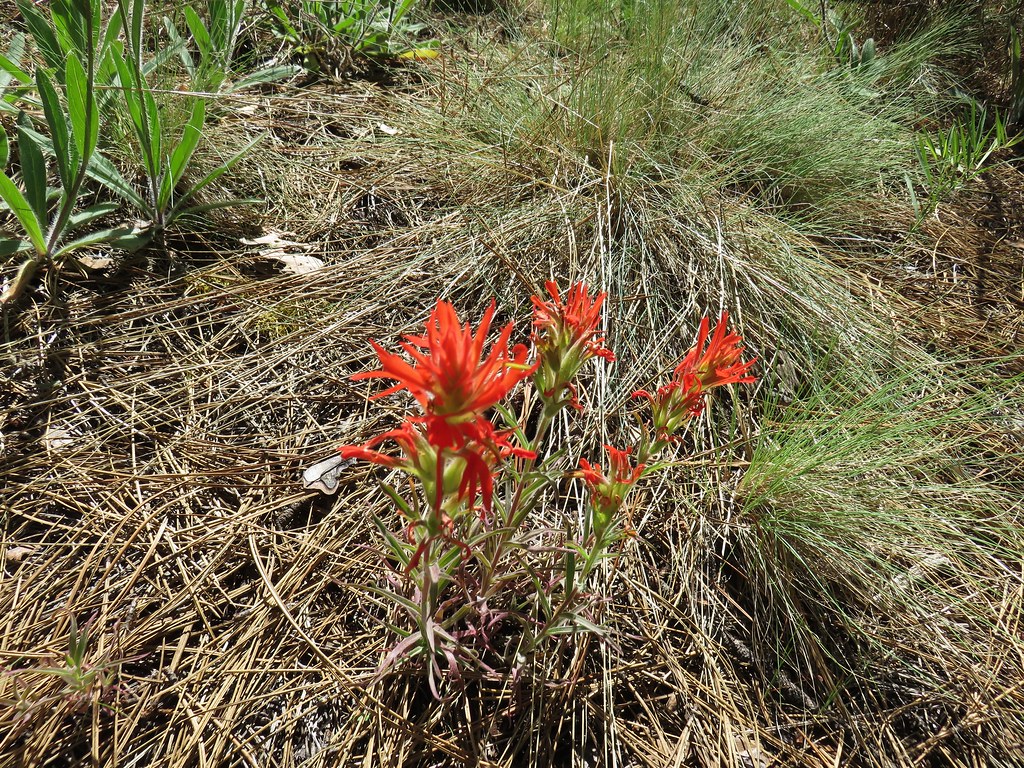 Caterpillars were busy munching on leaves but they weren’t the only insects on the plants. 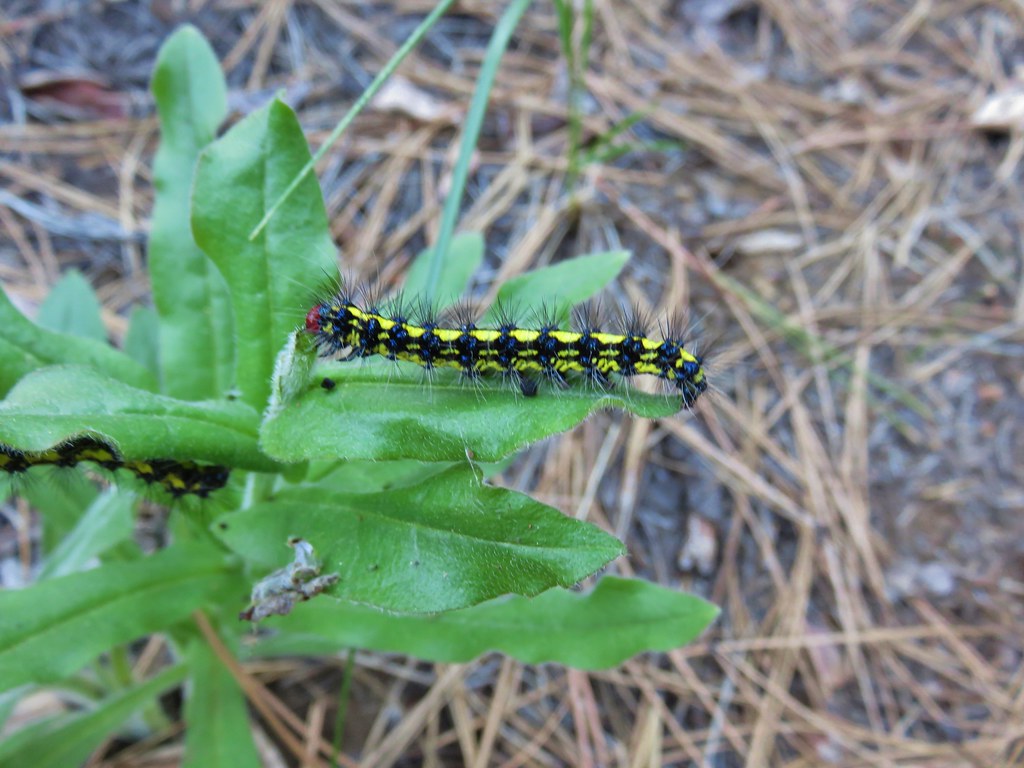 We spotted a few ticks on the ends of plants and I had to flick a couple off my pants along the way.

There had been one other vehicle at the lower trailhead that morning and we found two more at the upper trailhead when we arrived there just after 7:30am. 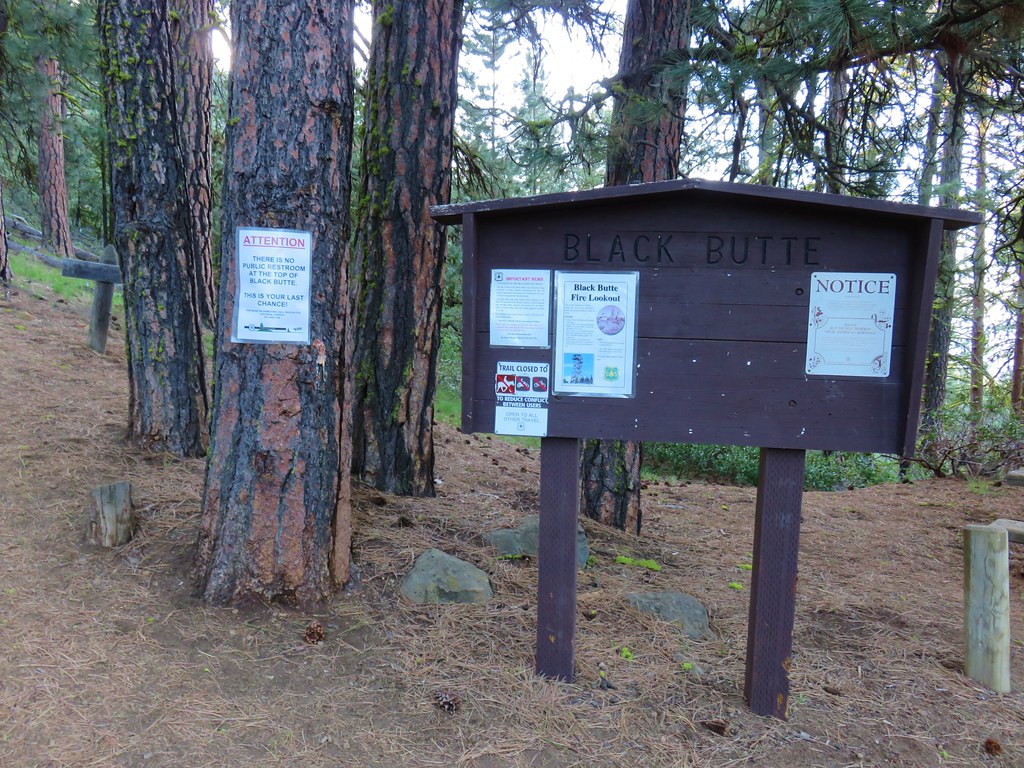 From the upper trailhead the trail was significantly wider and we had no tick issues along this 2 mile stretch. There were however a fair number of flowers blooming including quite a bit of larkspur that for some reason I was unable to take a clear photo of. Several others proved a little more photogenic. 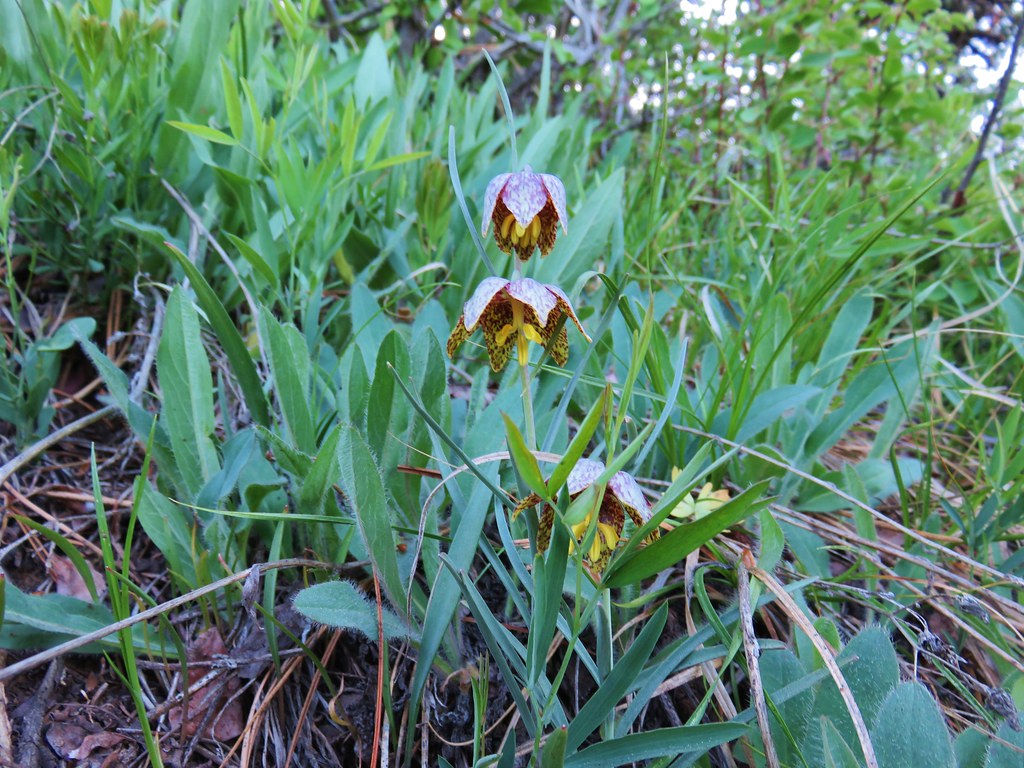 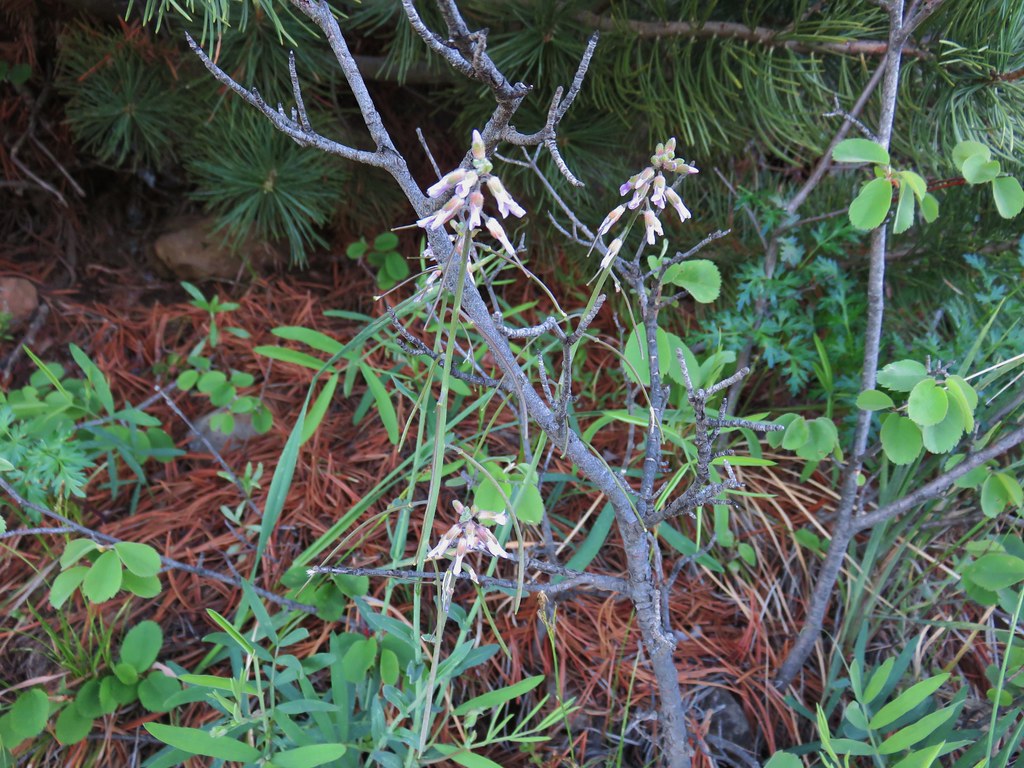 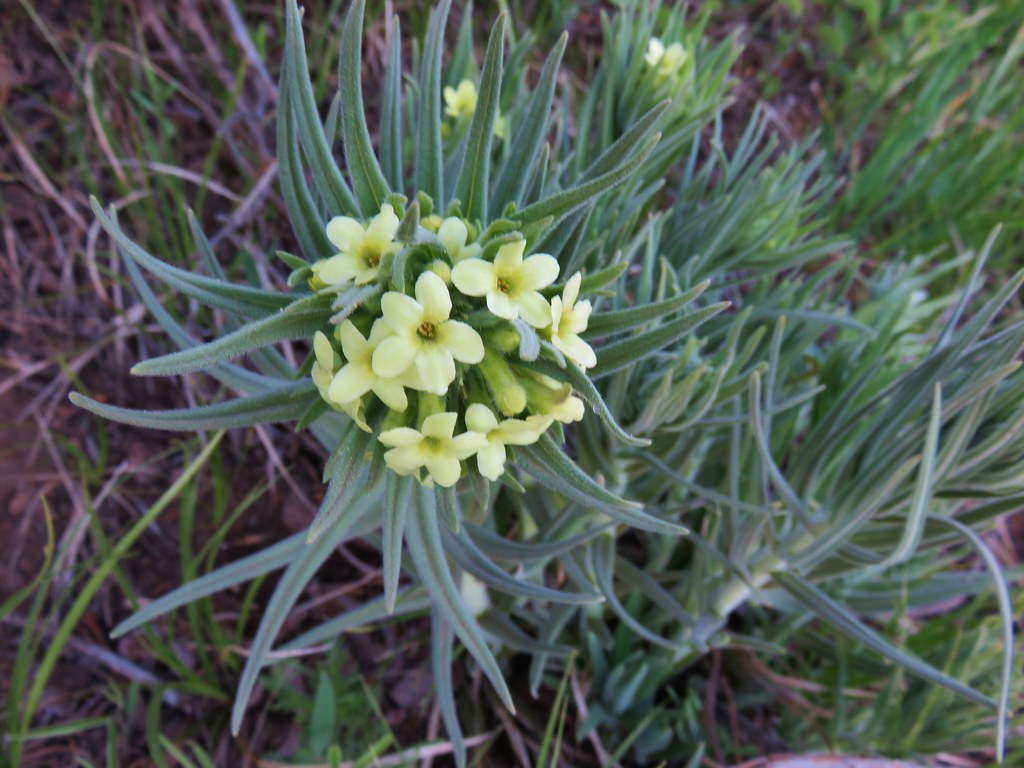 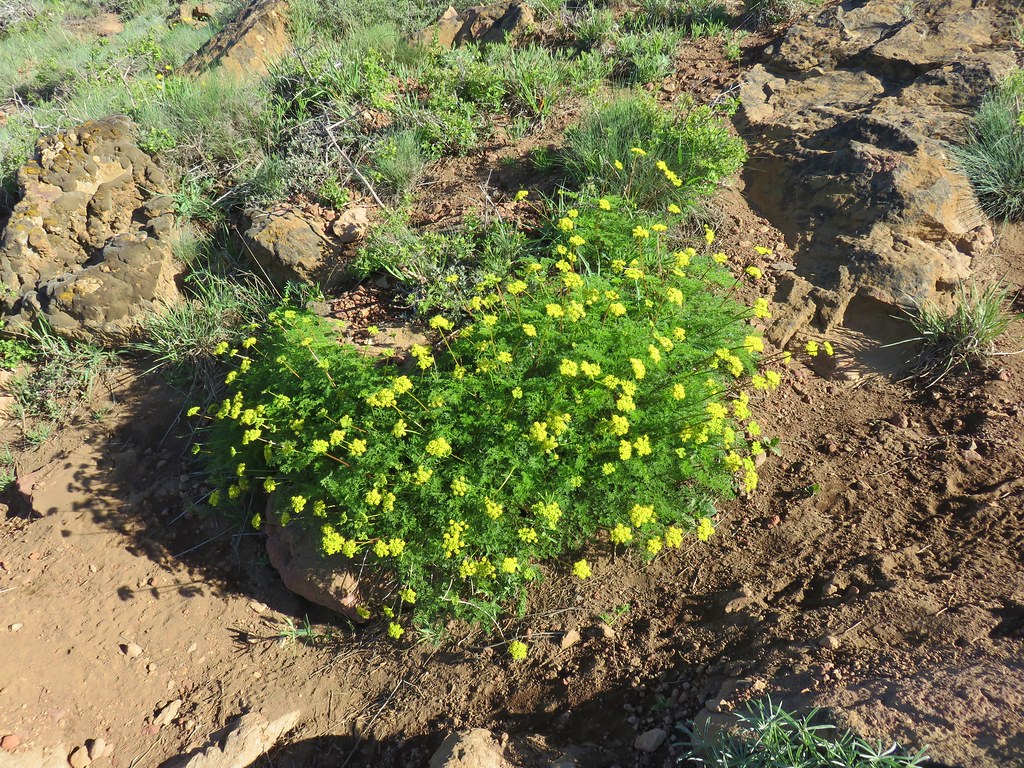 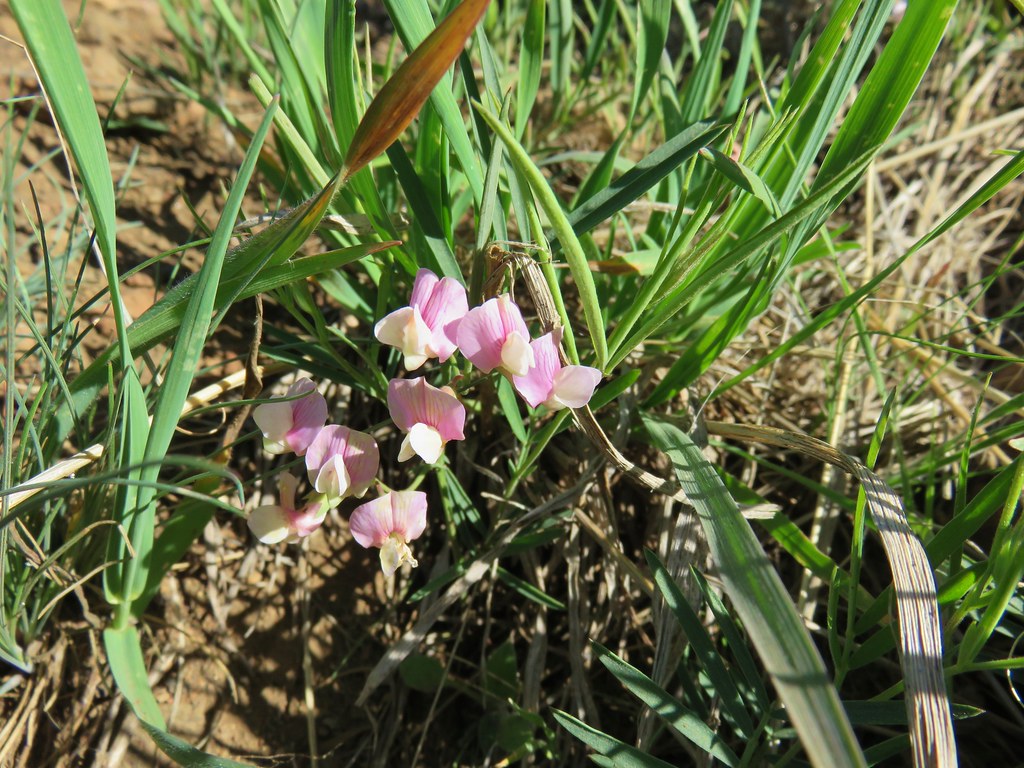 When I was going through the photos on the computer I noticed a little spider that had posed near a violet. 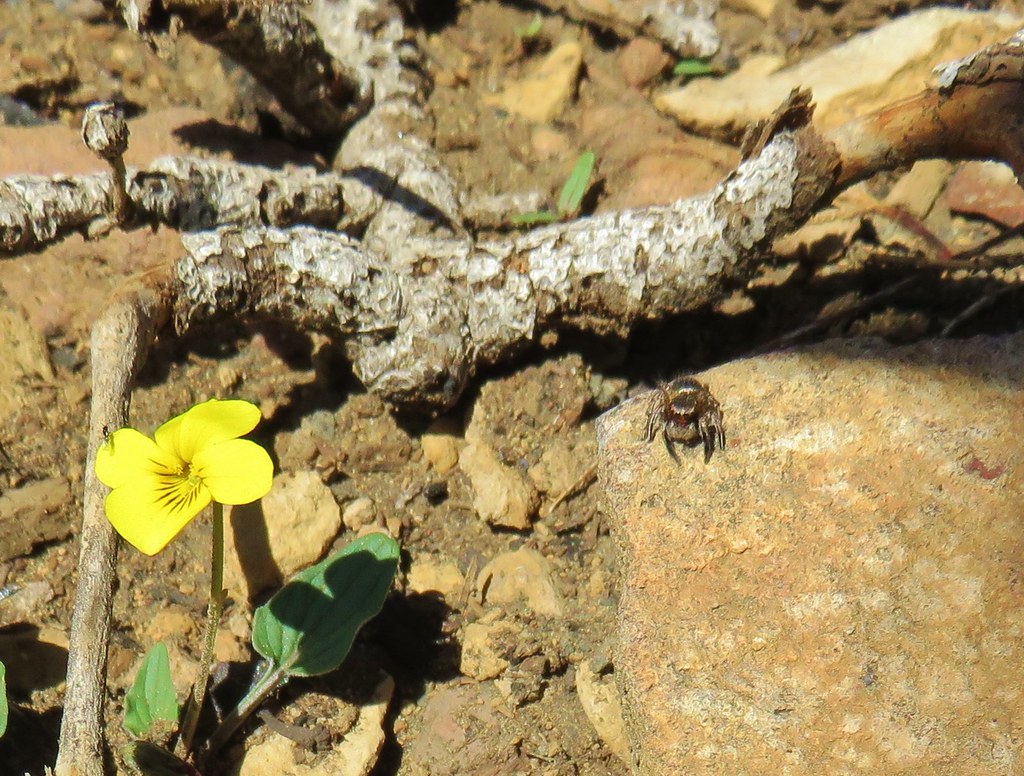 It was a beautifully sunny day and the birds were out in force singing their morning songs. 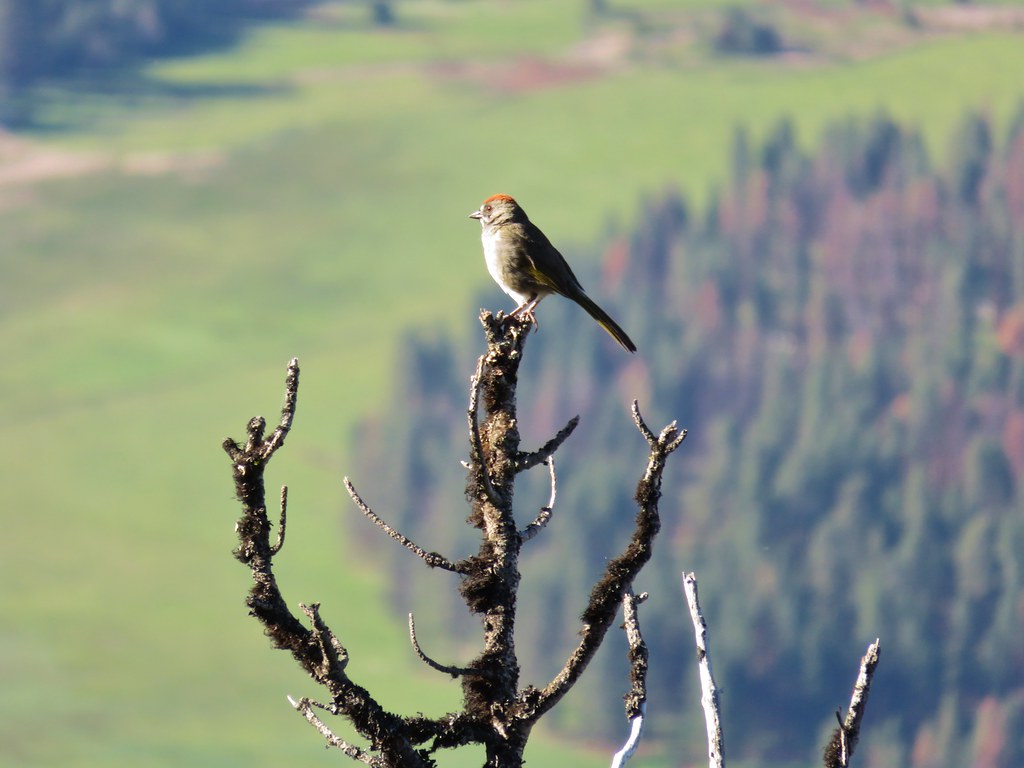 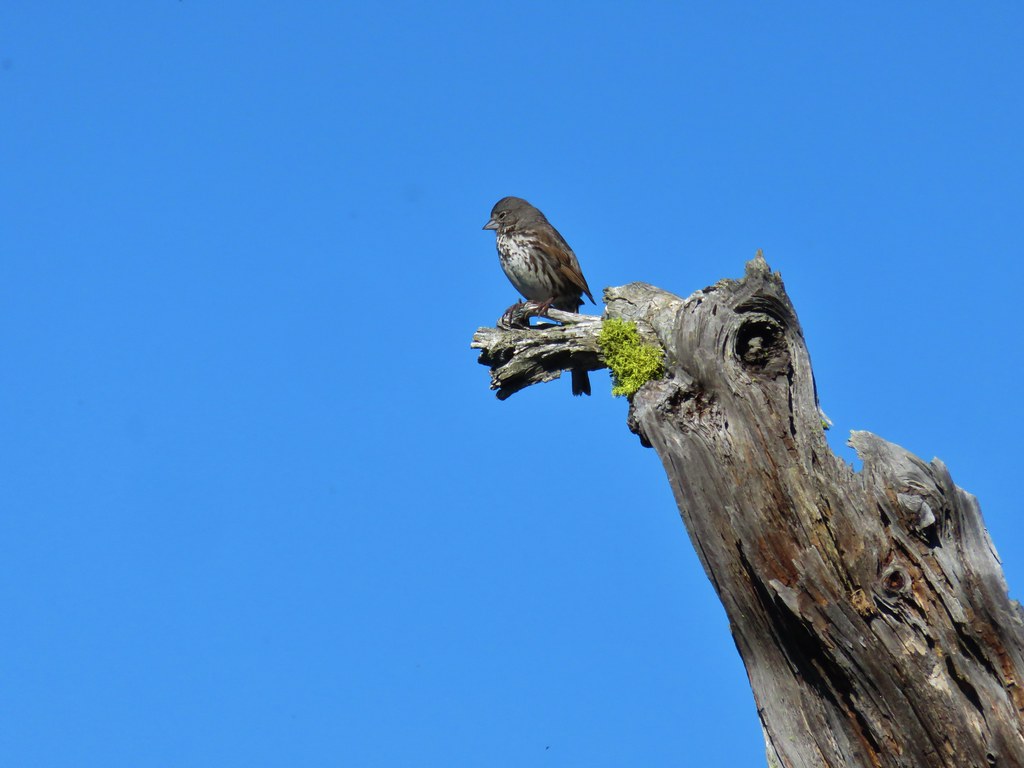 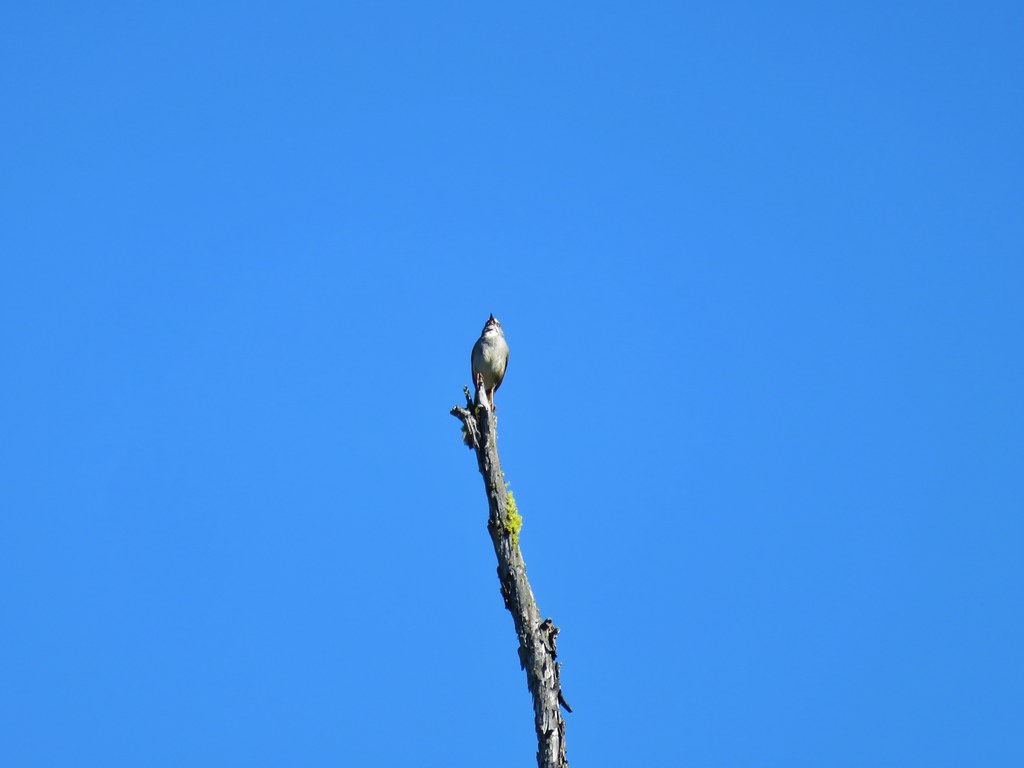 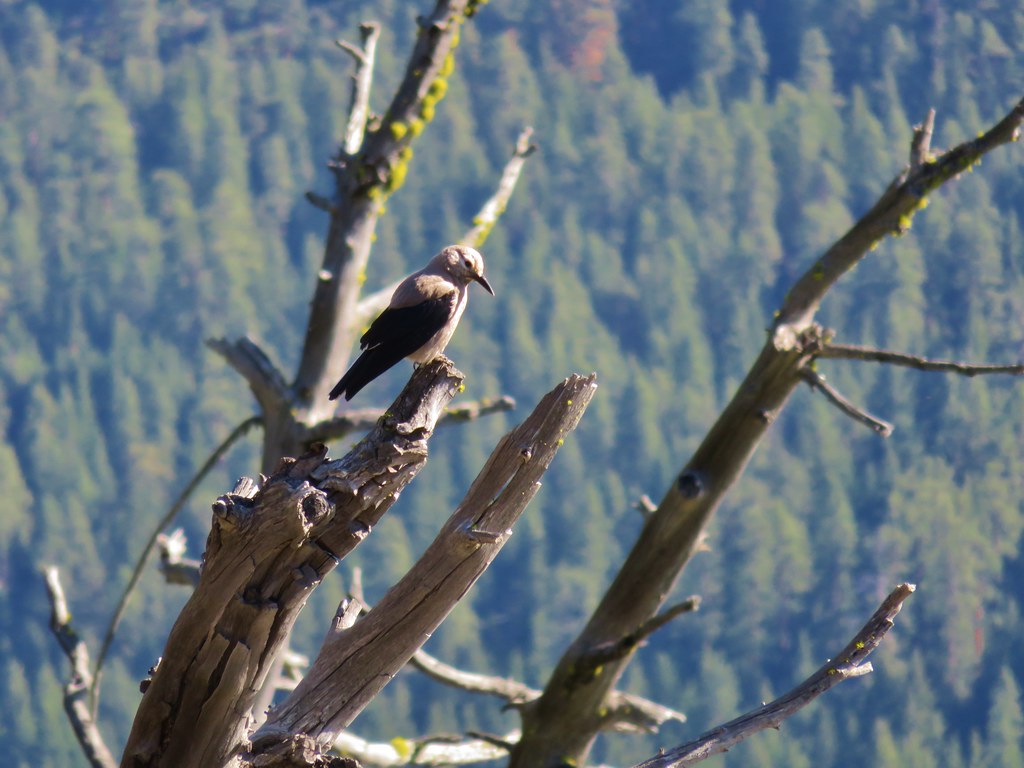 We had left the upper trailhead before the hikers in one of the two cars and we passed the owners of the other car as well as the car that had been parked at the lower trailhead on their way back down from the summit so we had the top part of Black Butte to ourselves as we finished our climb.

Our whole reason for redoing this hike had been for the missed mountain view and we were not disappointed. We had been seeing them for much of the hike but the view is never better than from the top. 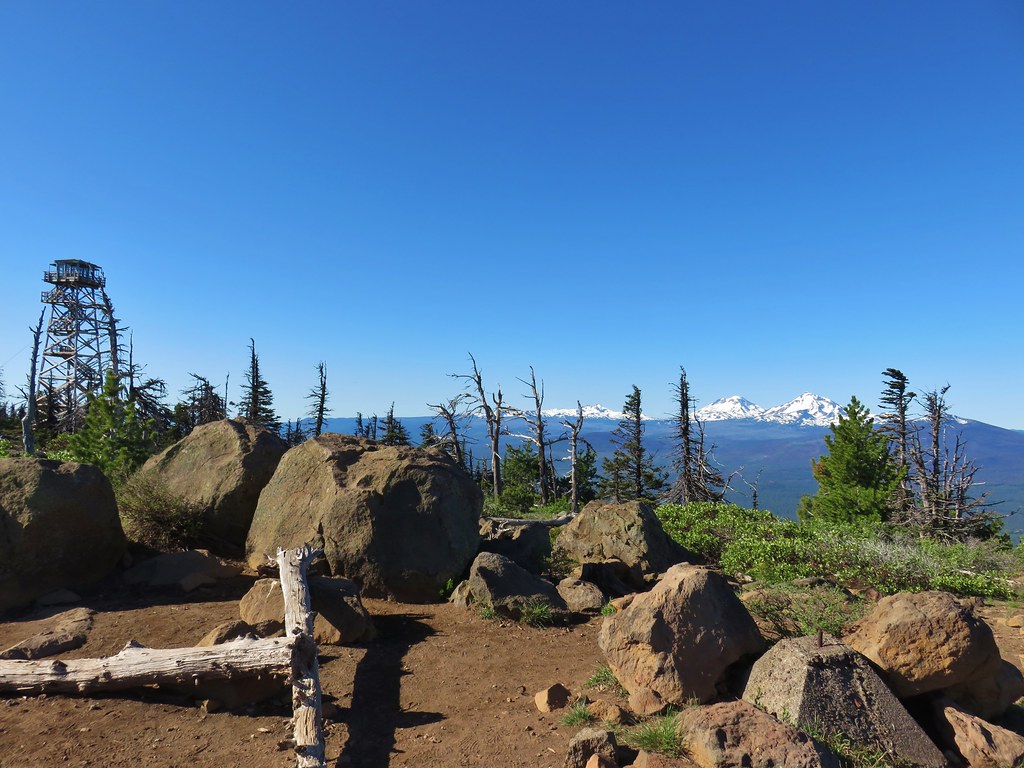 The old lookout tower with Broken Top and the Three Sisters 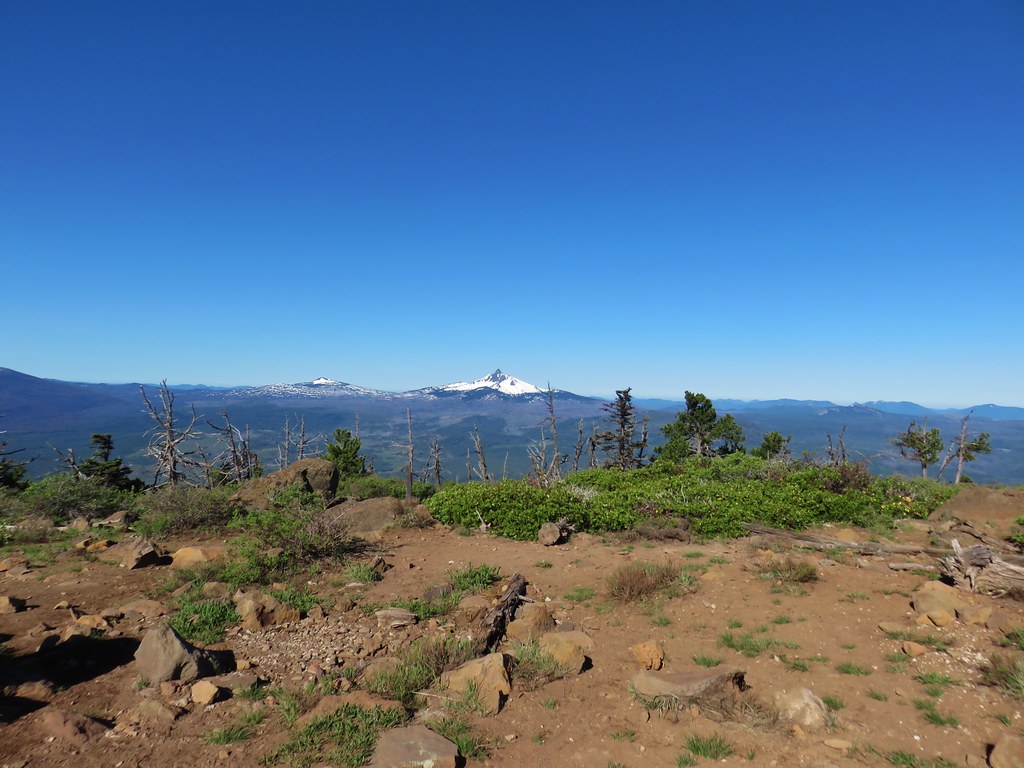 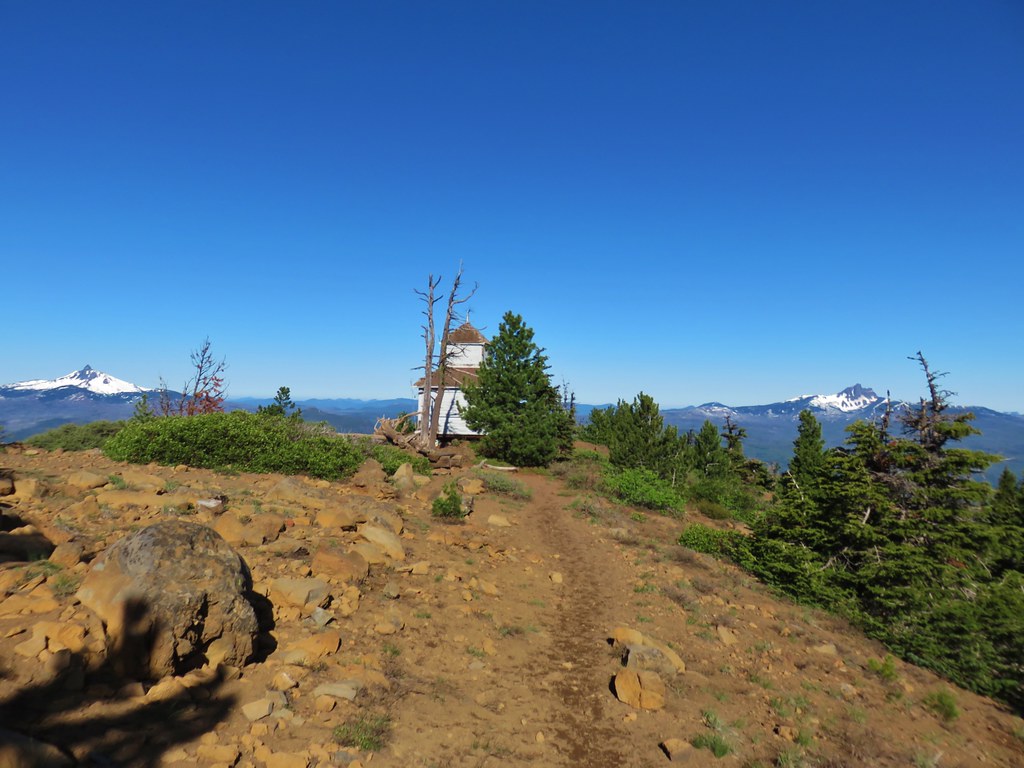 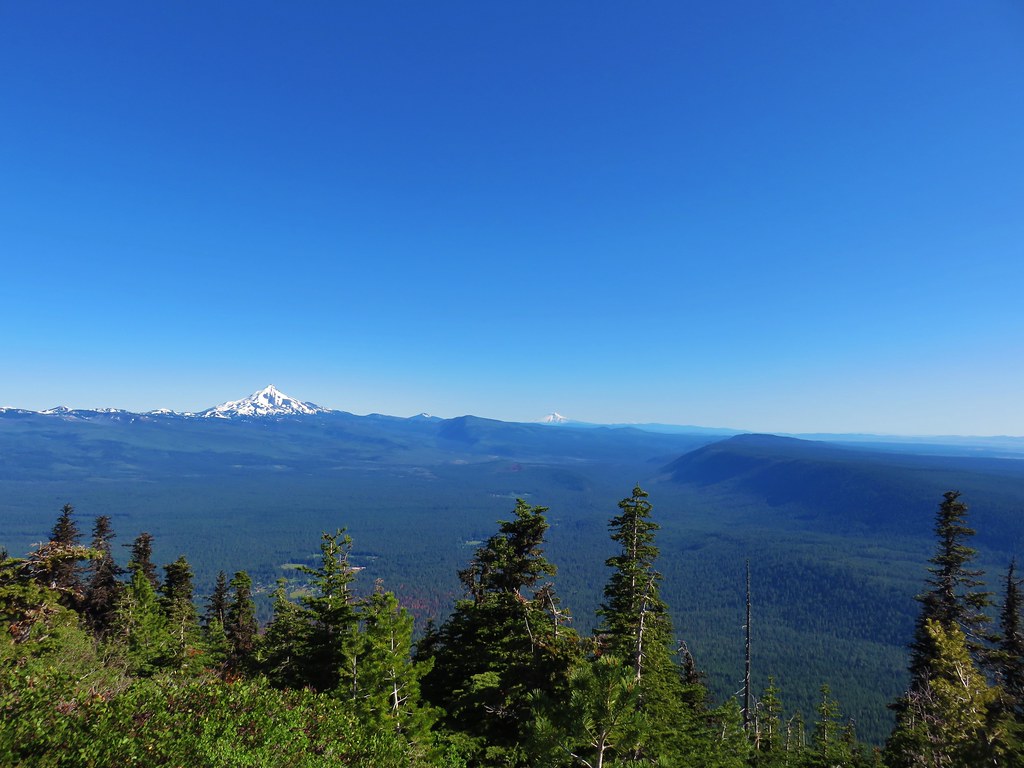 It was definitely a stark contrast from the previous visit. 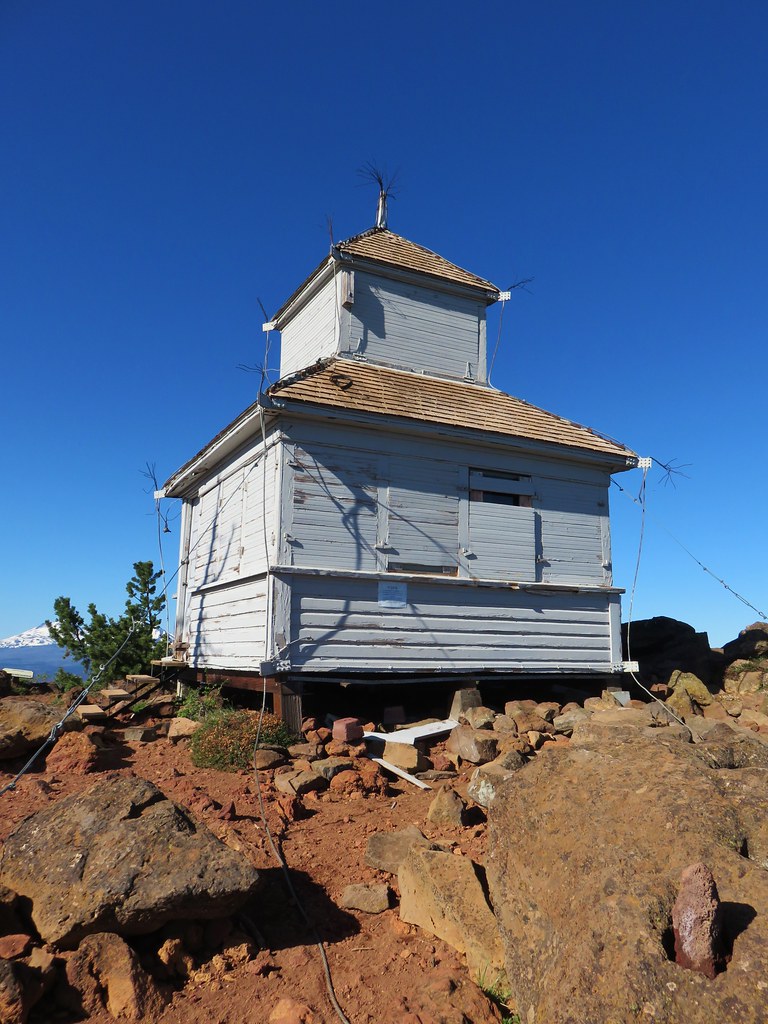 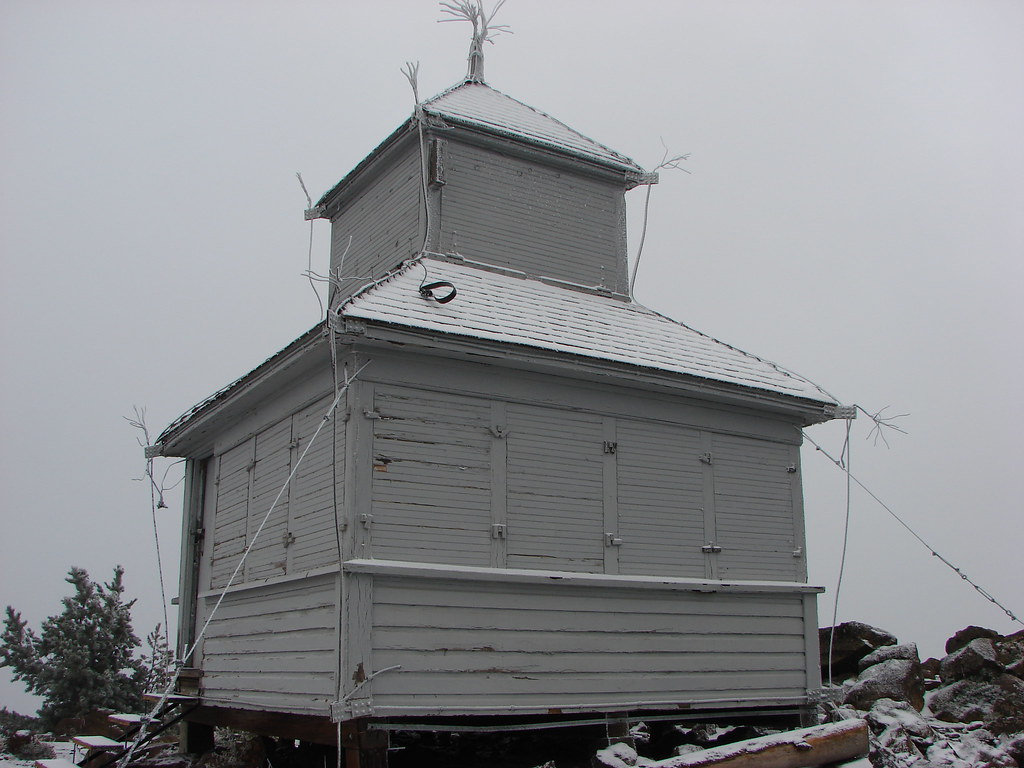 We had the summit to ourselves for just a bit before the next hiker arrived. We took that as our queue to begin our descent and headed back down. We had not seen more than two people during any of our other hikes that weekend but on our way down we passed a steady stream of folks heading up to the summit. Most had started at the upper trailhead but there were a surprising number of hikers tackling the over 3000′ climb from the lower trailhead as well. Either way the views were more than worth it. Happy Trails!

[…] this trail we could see Hoodoo, Hayrick Butte, and Black Butte (post)along with the blue waters of Big Lake. From left to right – Hoodoo, flat topped Hayrick […]

[…] Three Fingered Jack was clear of clouds but the same couldn’t be said for Mt. Washington when it came into view over the shoulder of Black Butte (post). […]

[…] As we followed the Rim Trail west along the canyon we began to get some good mountain views. Mt. Washington and Black Butte (post) […]