After spending the night in Bend it was finally time to head home. We had one final hike planned before we drove back to Salem though. For the final hike of our vacation we headed north of Bend to the Cove Palisades State Park.

The park is home to the man made Lake Billy Chinook which fills a canyon behind the Round Butte Dam. Three rivers converge here, the Crooked, Metolius, and the Deschutes. We didn’t do it on purpose but by hiking here we wound up starting and ending our vacation with hikes near the Deschutes.

We started our hike from the Lower Deschutes Day Use Area which according to a signboard didn’t open until 7am. I hadn’t been able to find that information on the park website so we had arrived just before 6am. Luckily the gate was open and the automated permit booth was operating. There was also a second sign stating that parking was prohibited between the hours of 10pm and 5am so we went ahead and parked in the large, empty lot. 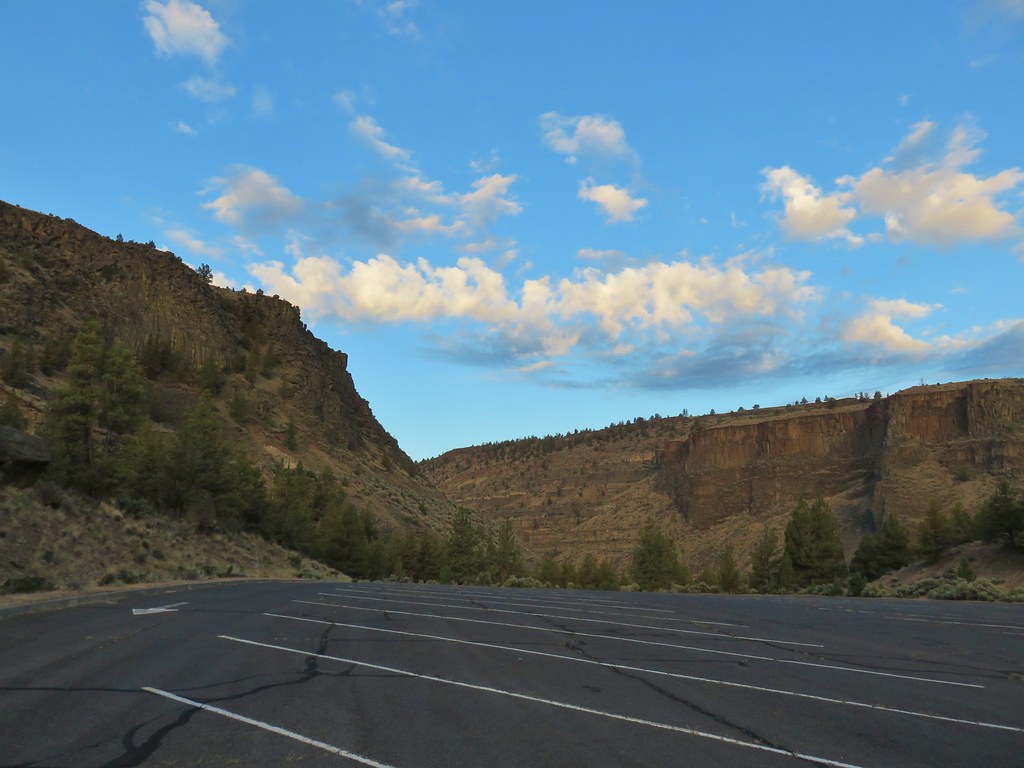 We were going to hike the Tam-A-Lau Trail which actually officially starts at a trailhead near the campground but a half mile connector trail started at the eastern end of the day use area. 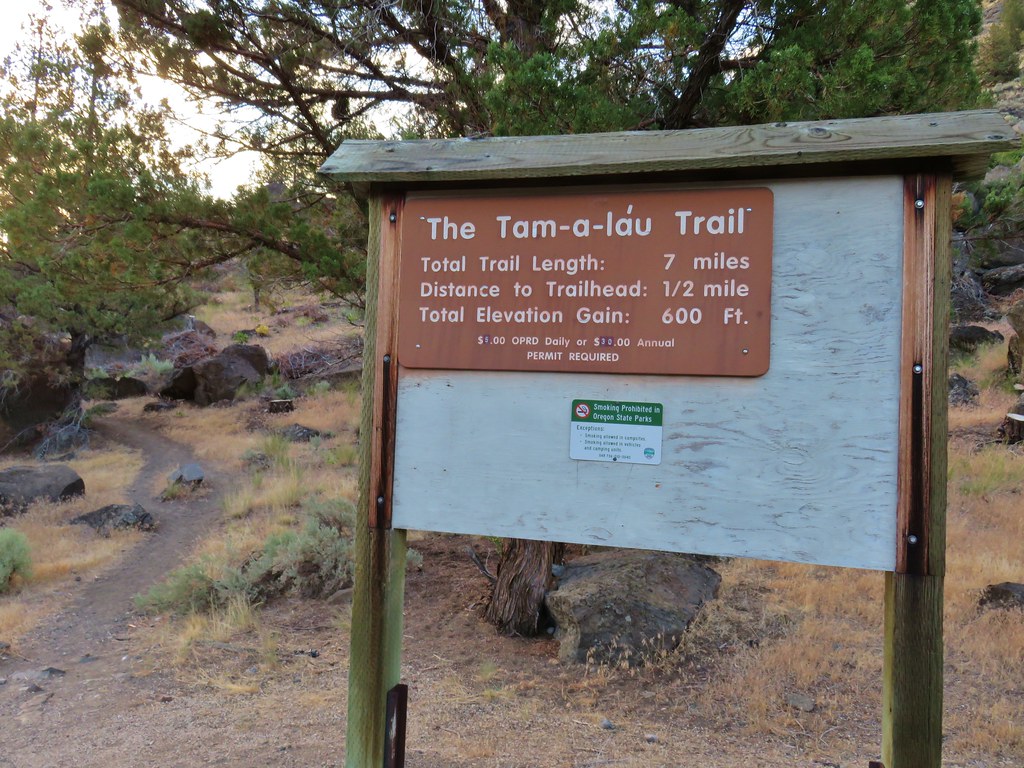 The connector trail crossed over the day use entrance road then a short while later it crossed the main road through the park before arriving at the trailhead. 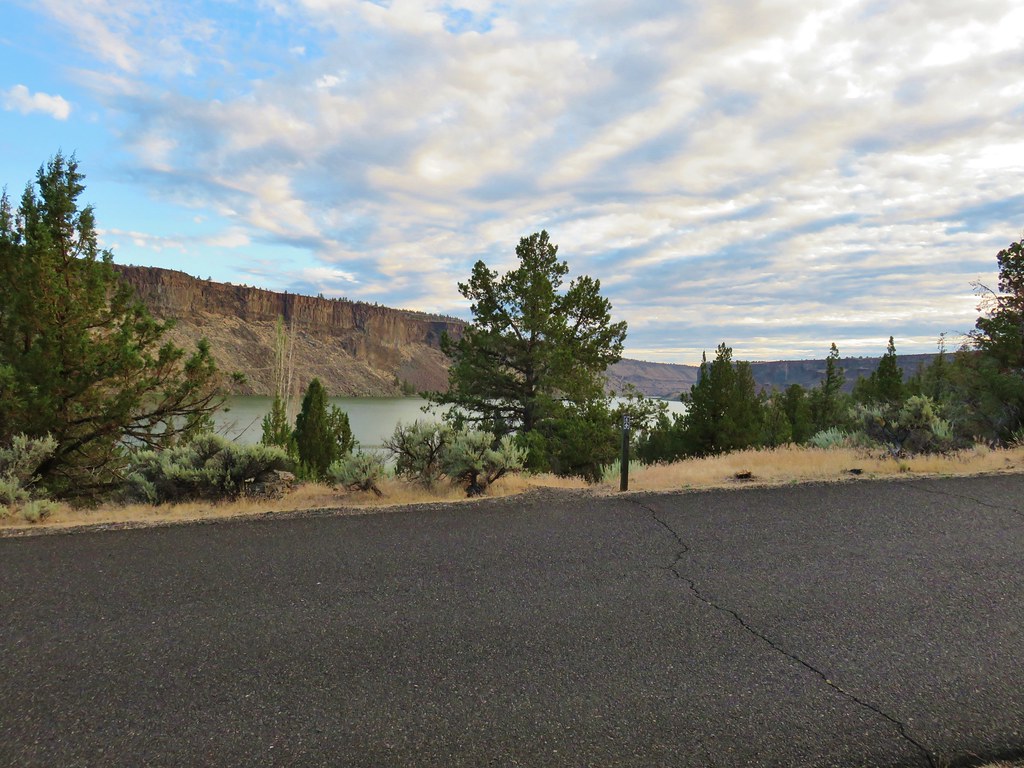 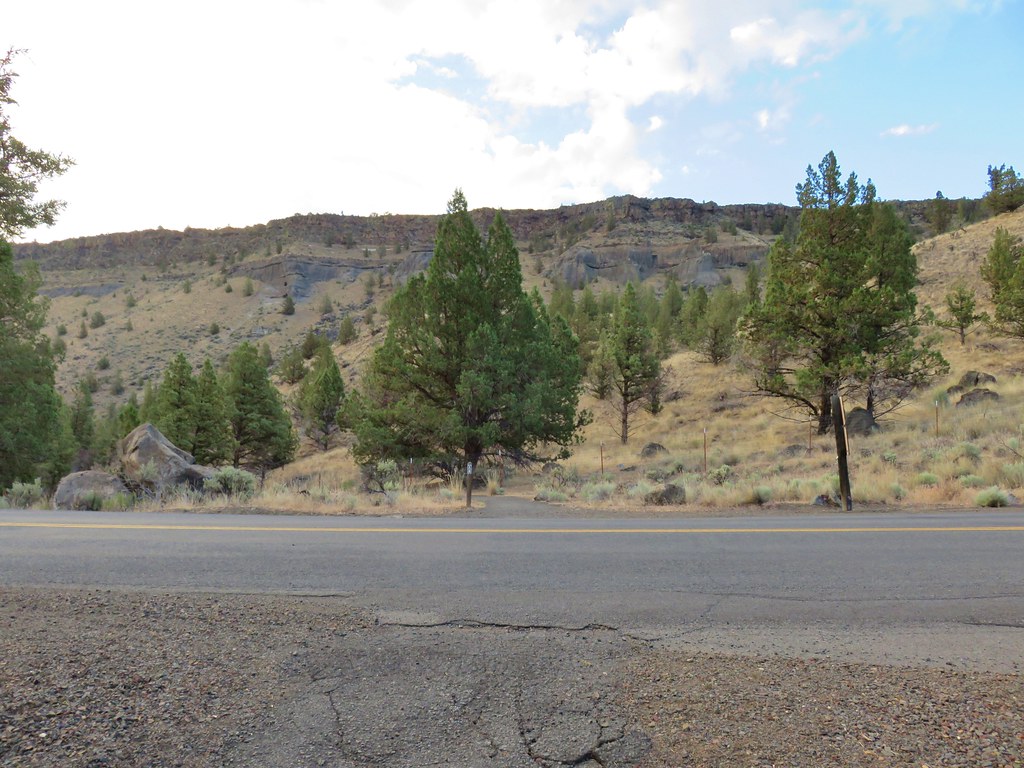 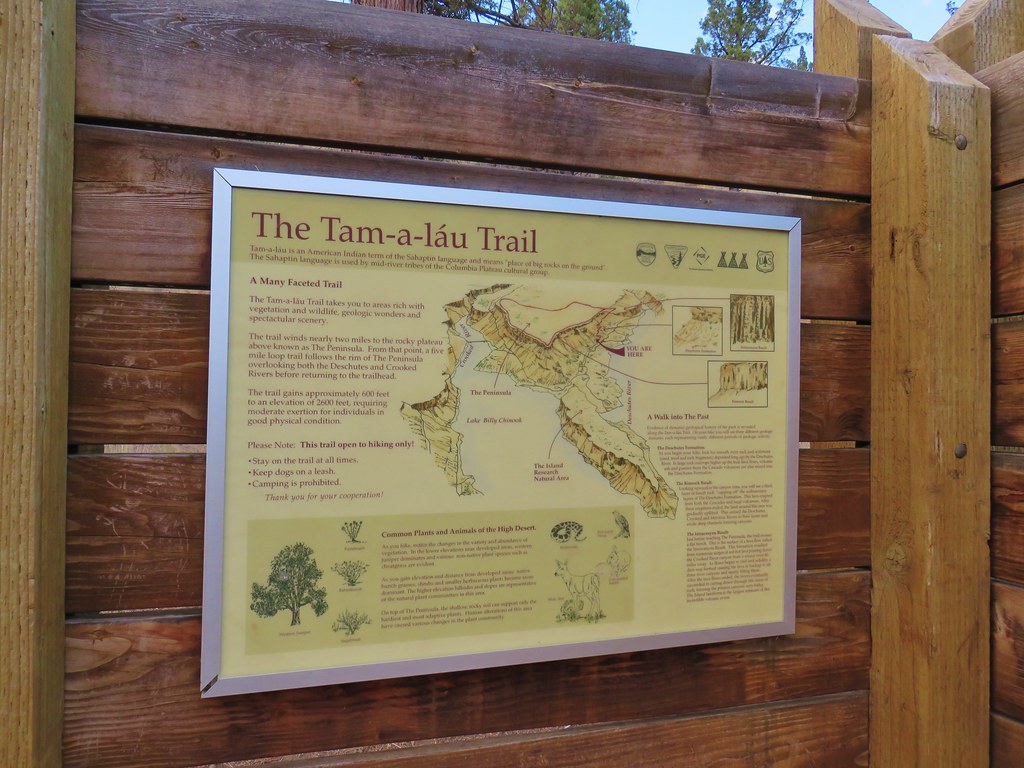 From this trailhead the Tam-A-Lau Trail climbed just over a mile to the rim of the canyon and the start of a loop atop the plateau. 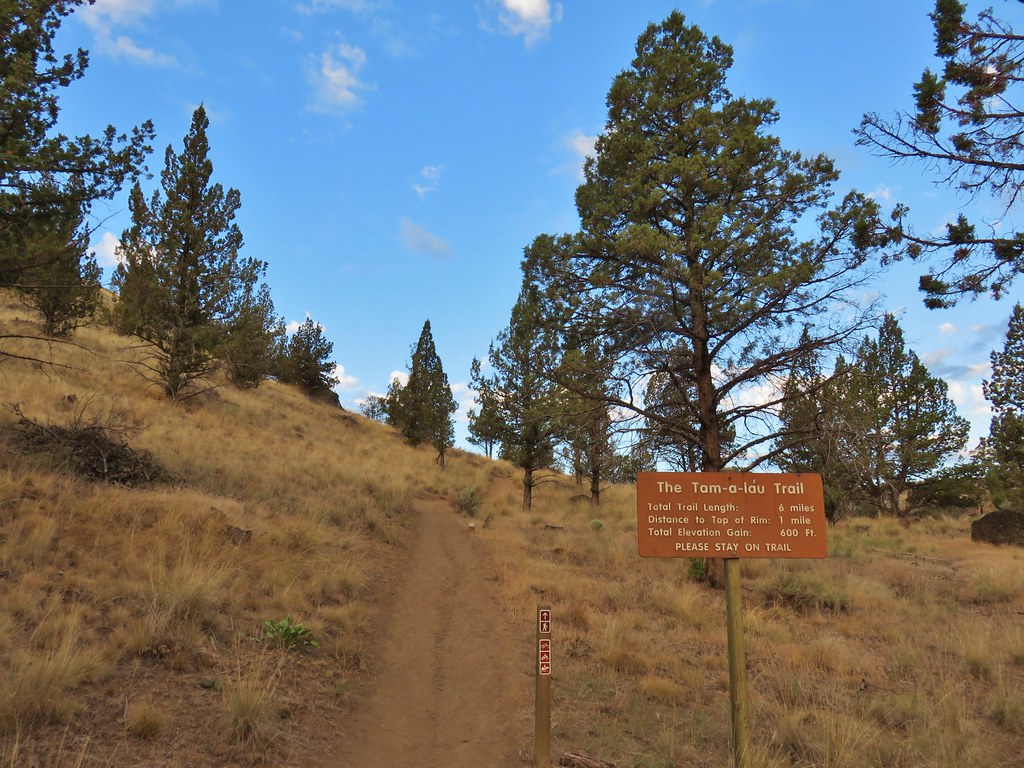 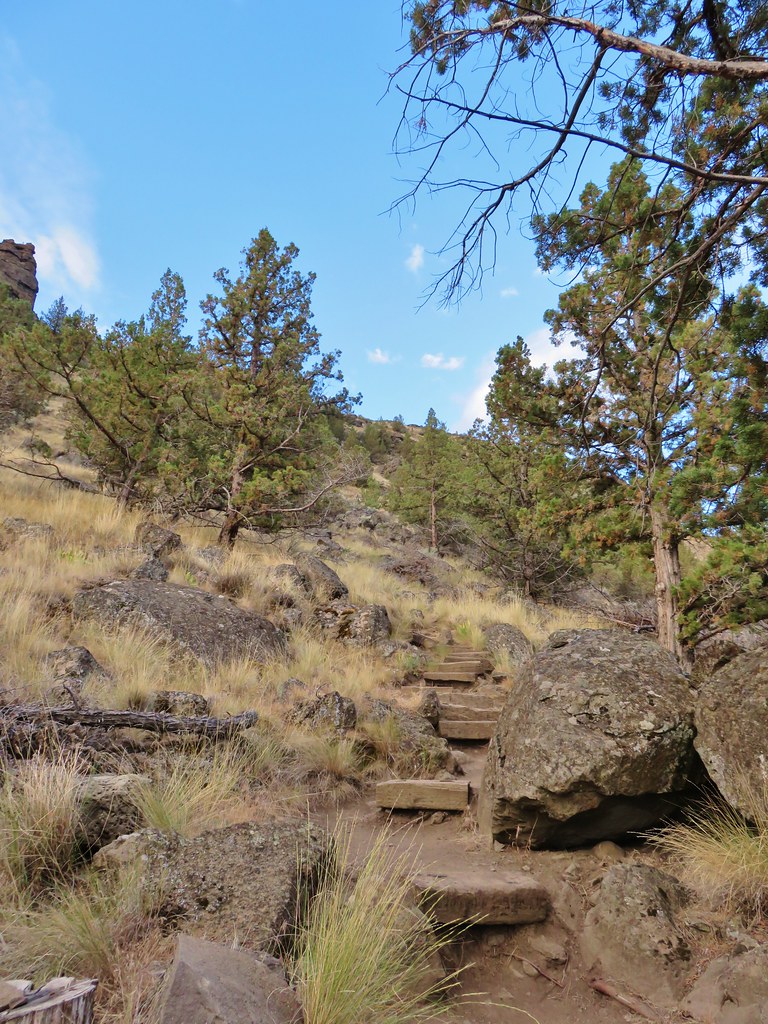 As we climbed the views got better, both of the Deschutes arm of Lake Billy Chinook and of Mt. Jefferson which appeared above the far side of the canyon. 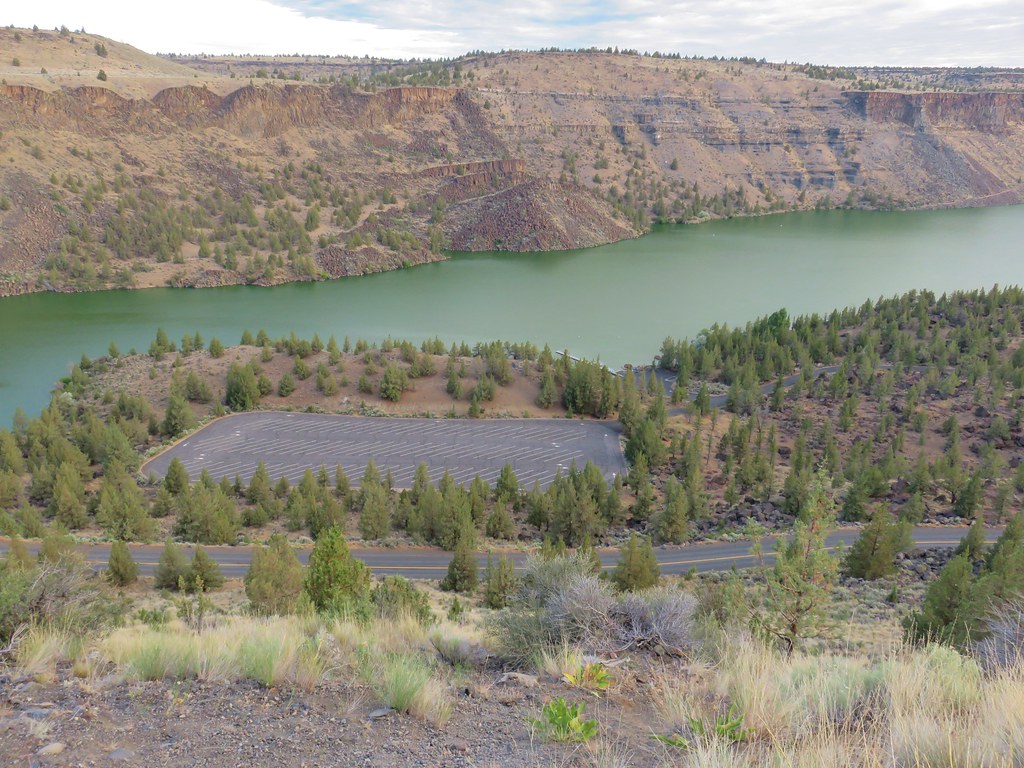 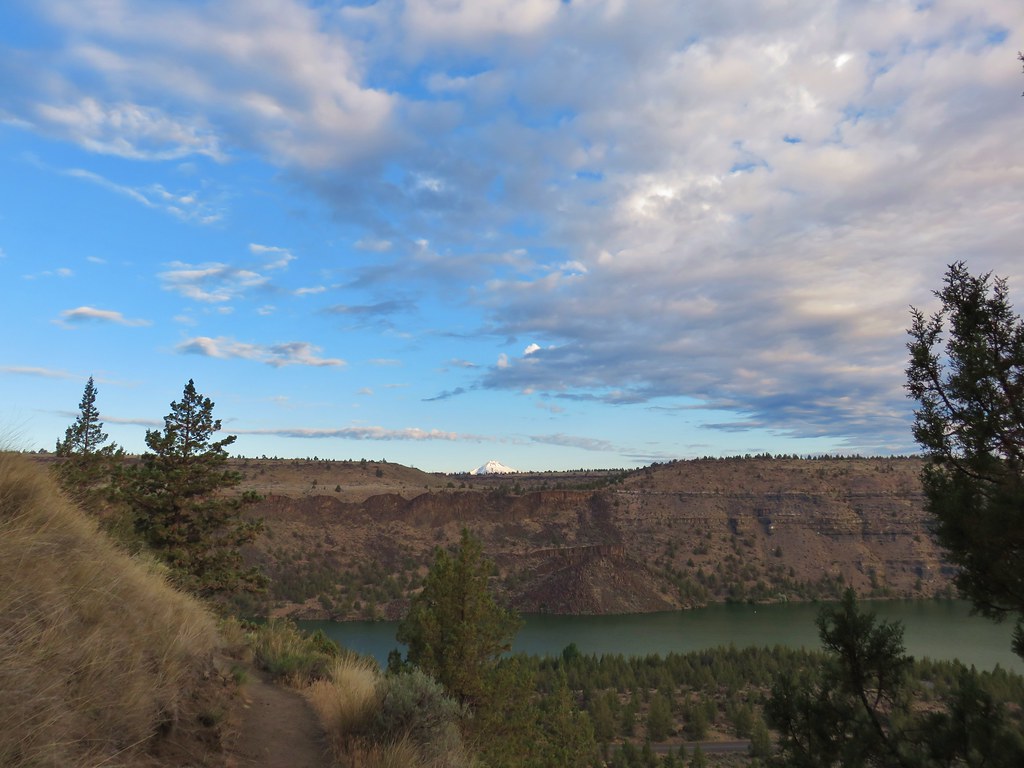 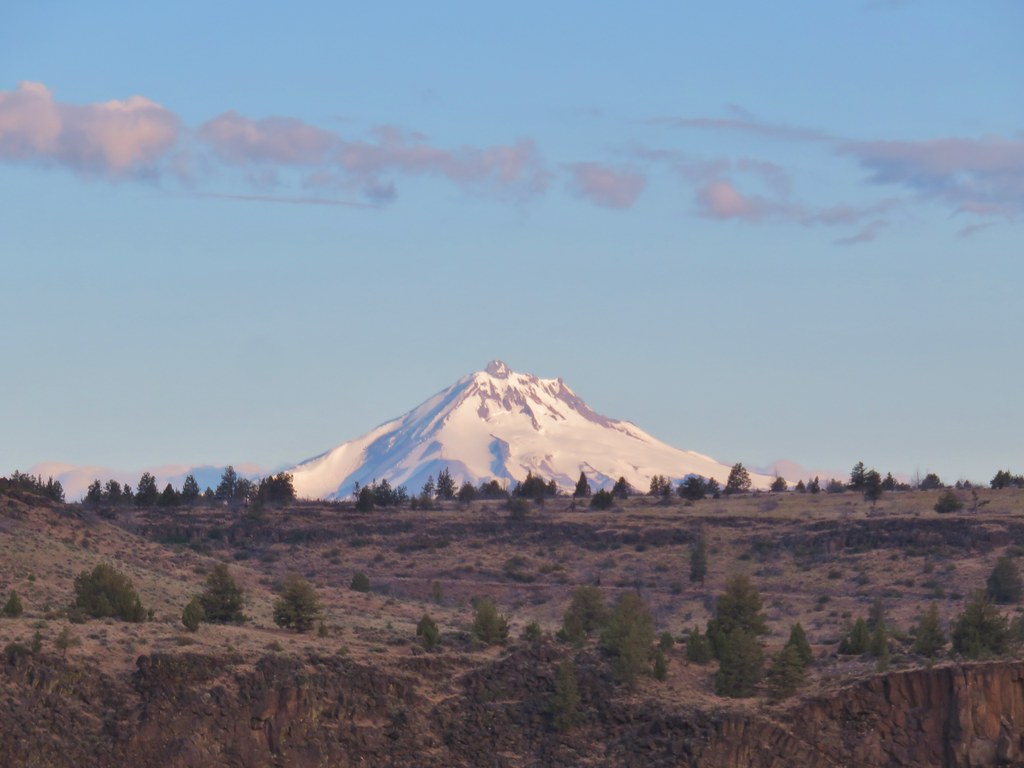 The trail also passed some nice rock formations revealing the various layers of the canyon. 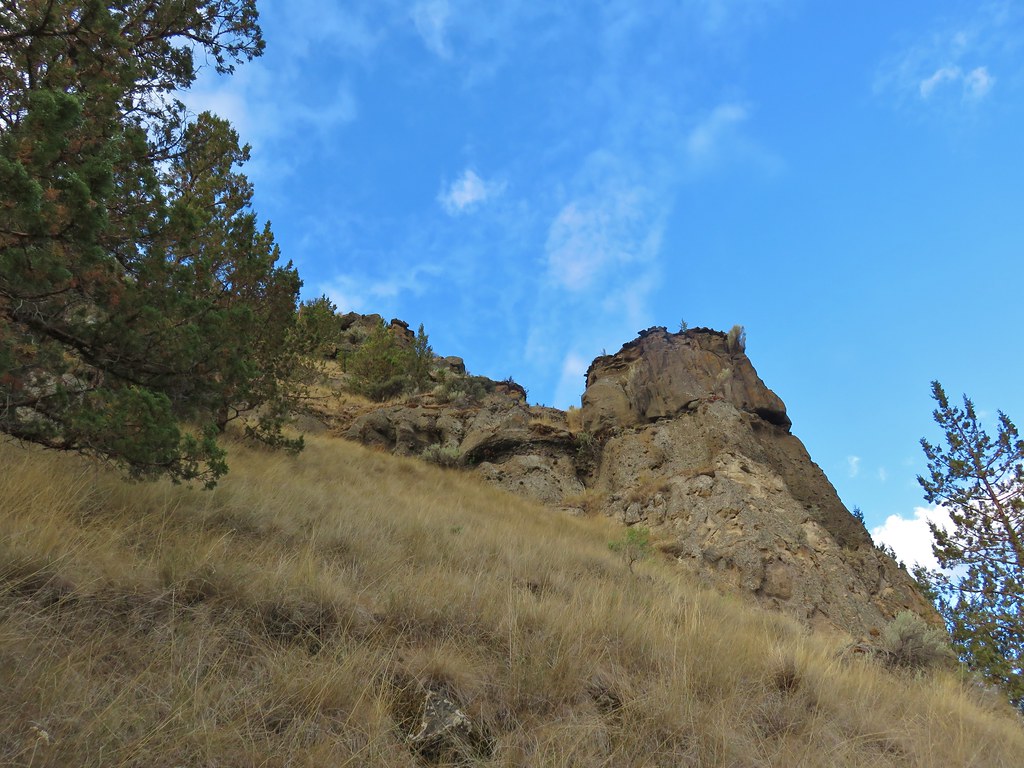 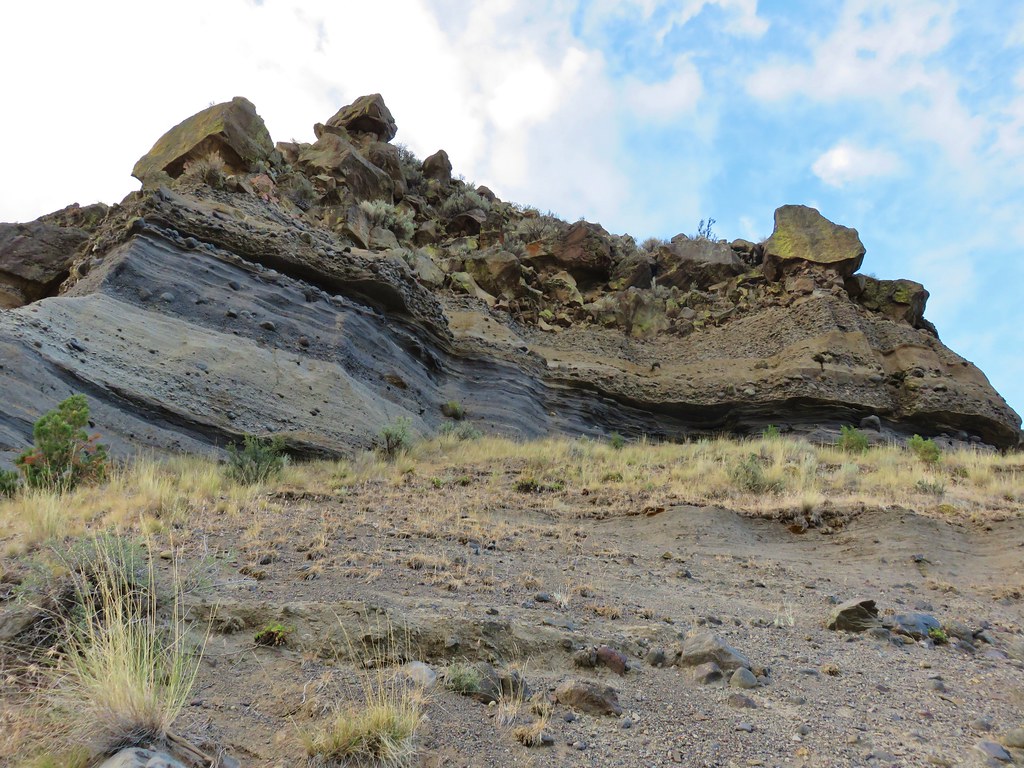 Near the top of the rim Mt. Jefferson was entirely visible and several other Cascade peaks could be seen. 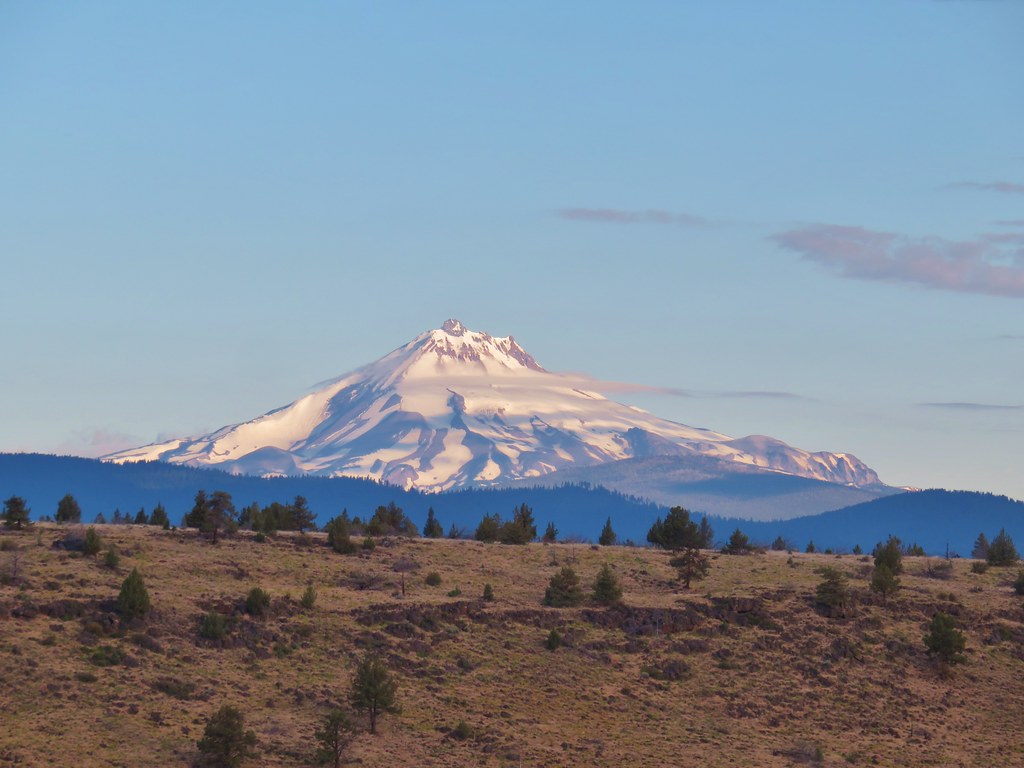 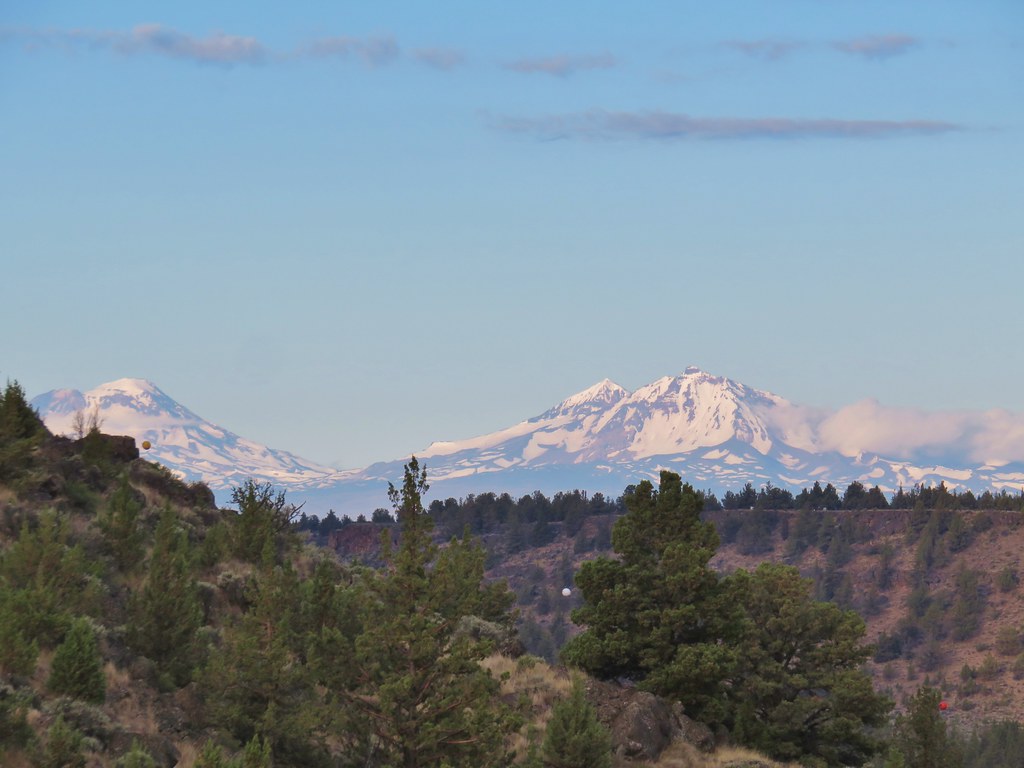 At the start of the loop we took the left hand fork which followed the rim of the canyon north. 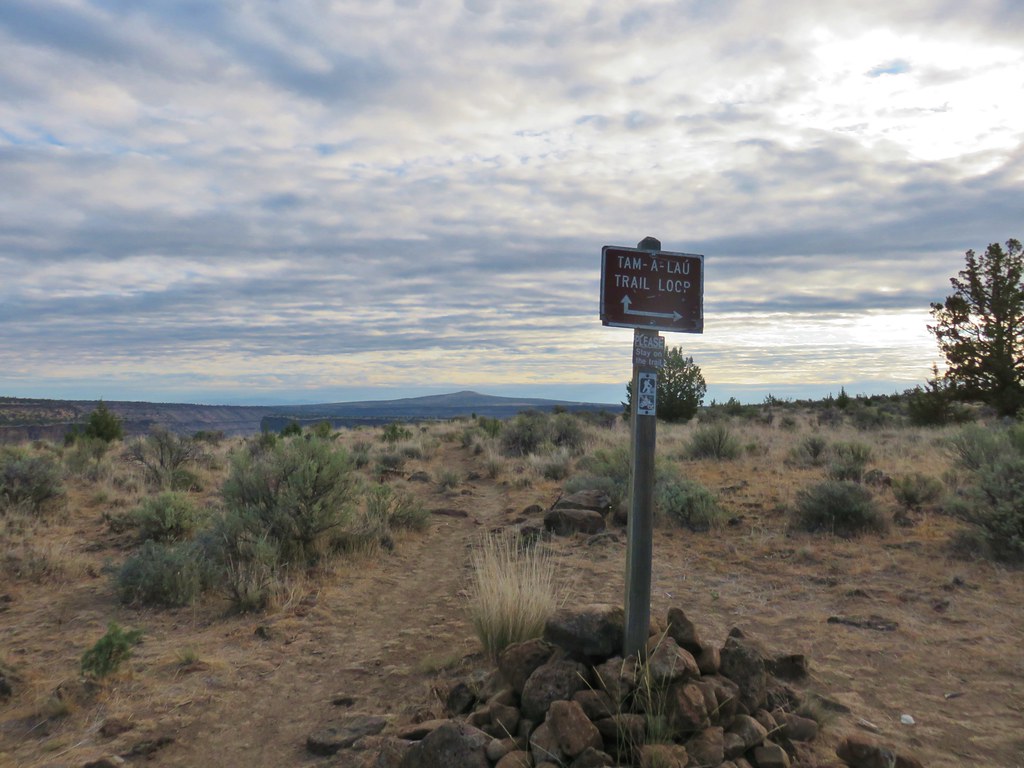 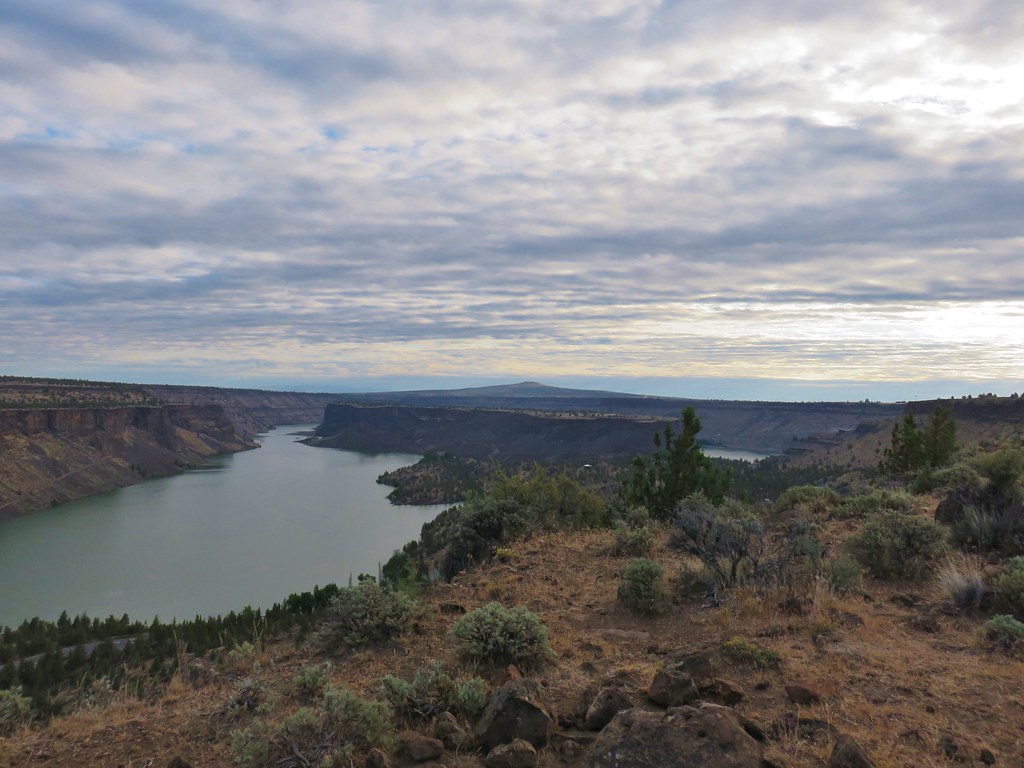 As we continued north more mountains emerged to the SW. 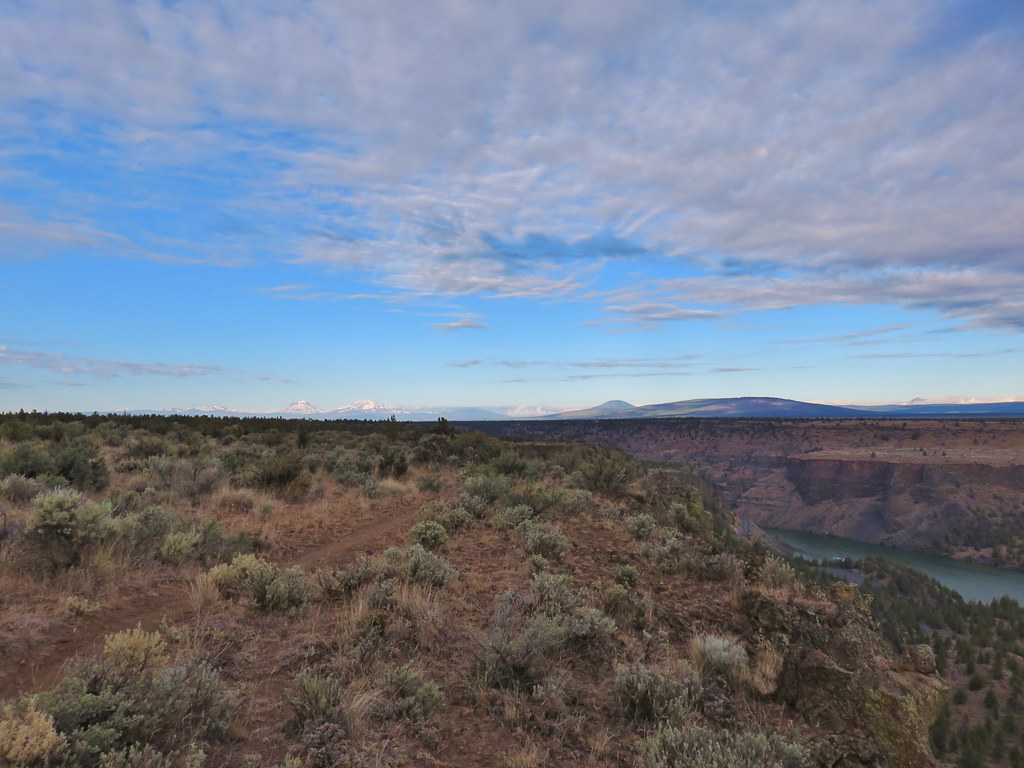 The only major Cascade missing was Mt. Washington which was hidden behind Black Butte and Green Ridge. 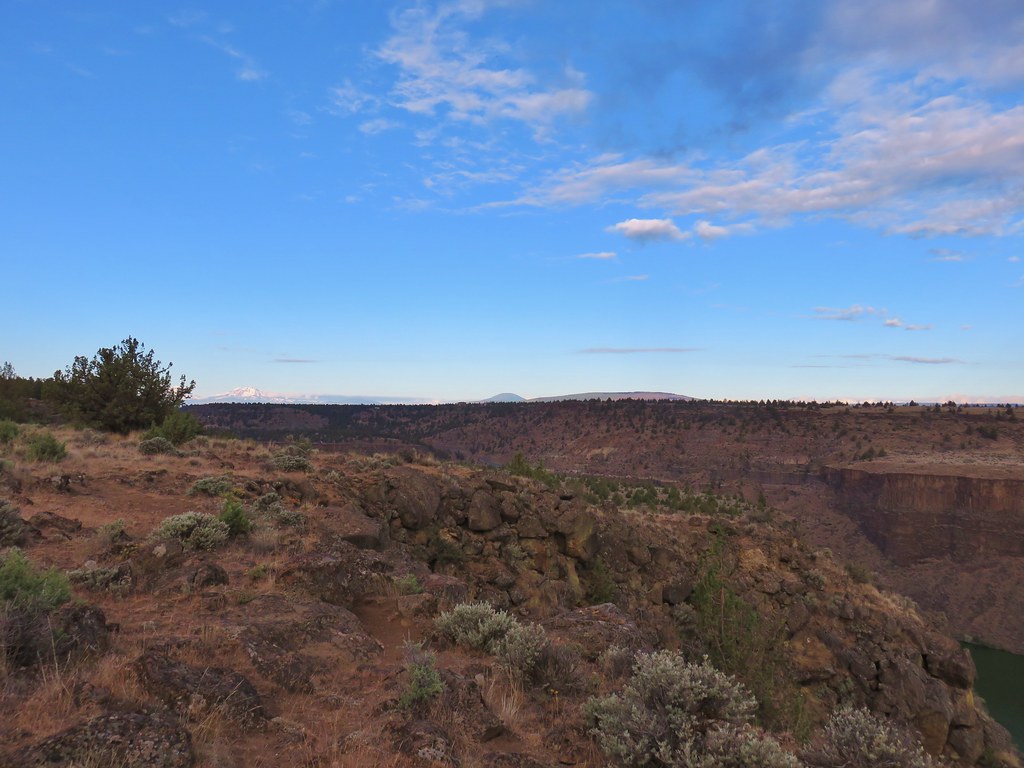 After 1.25 miles of the loop we reached the tip of the plateau which looked out to “The Island”. Despite it’s name The Island isn’t surrounded by water but it is a separated portion of the plateau. 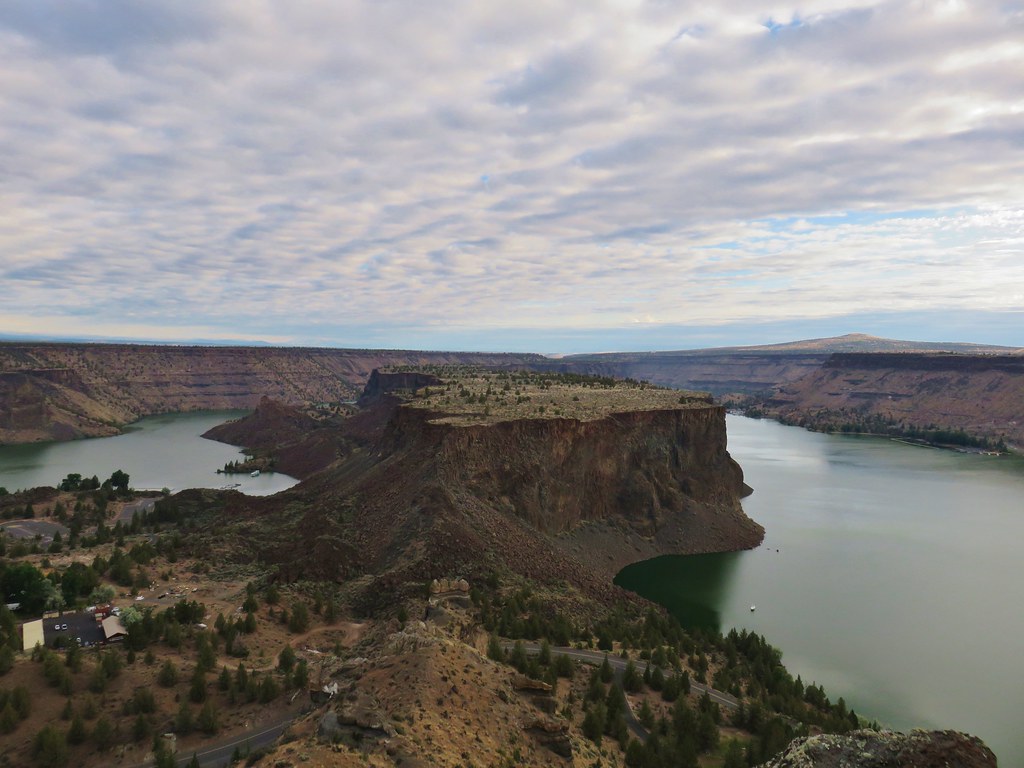 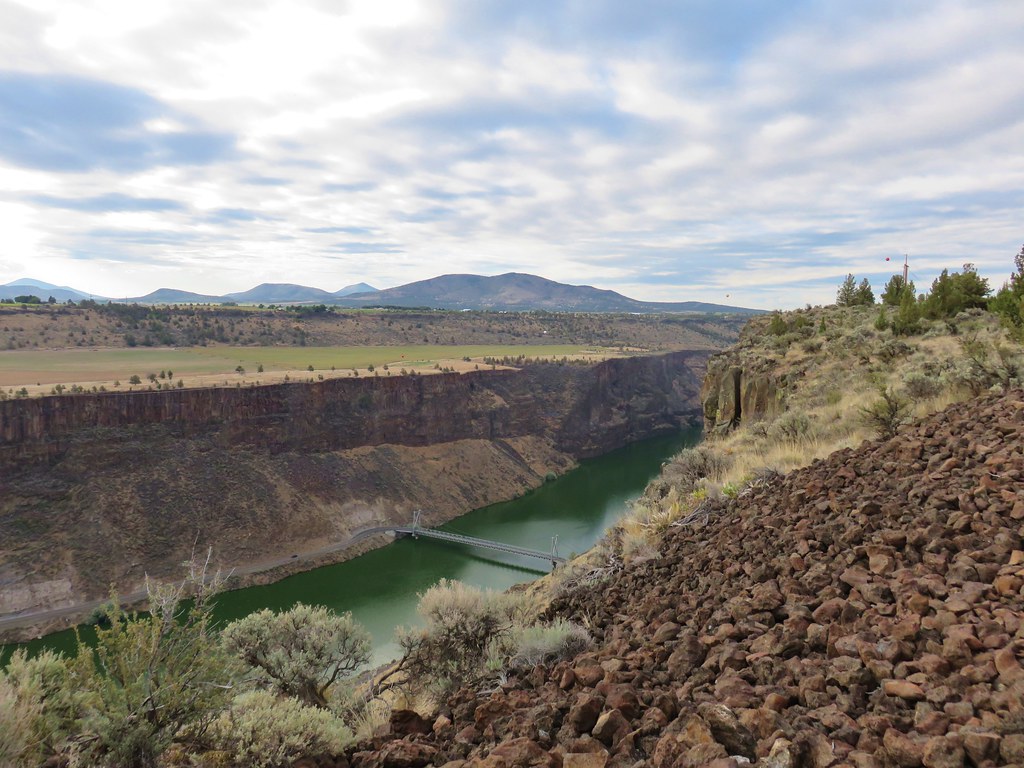 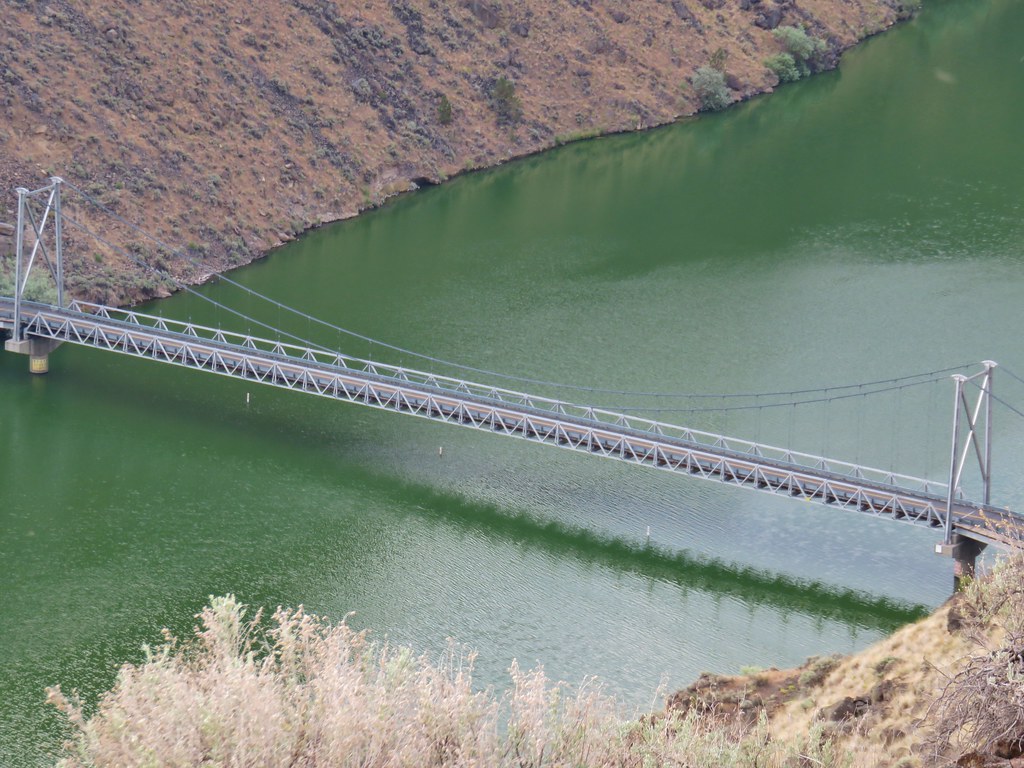 Shortly after turning inland we spotted a group of deer on the far side of a fence. 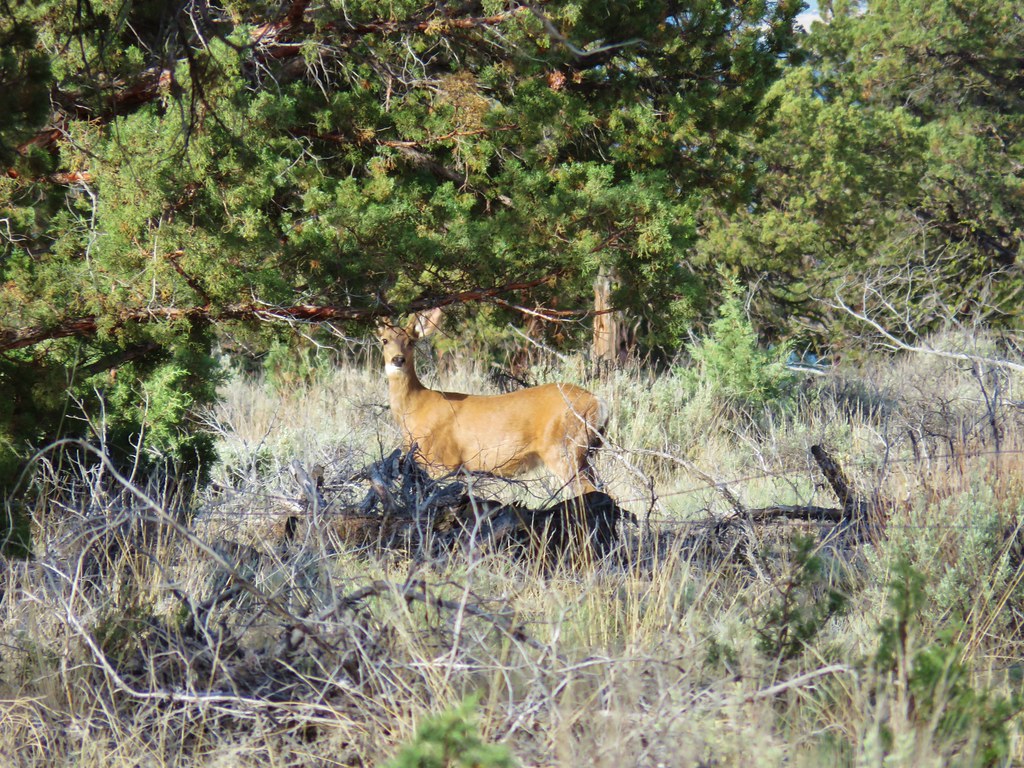 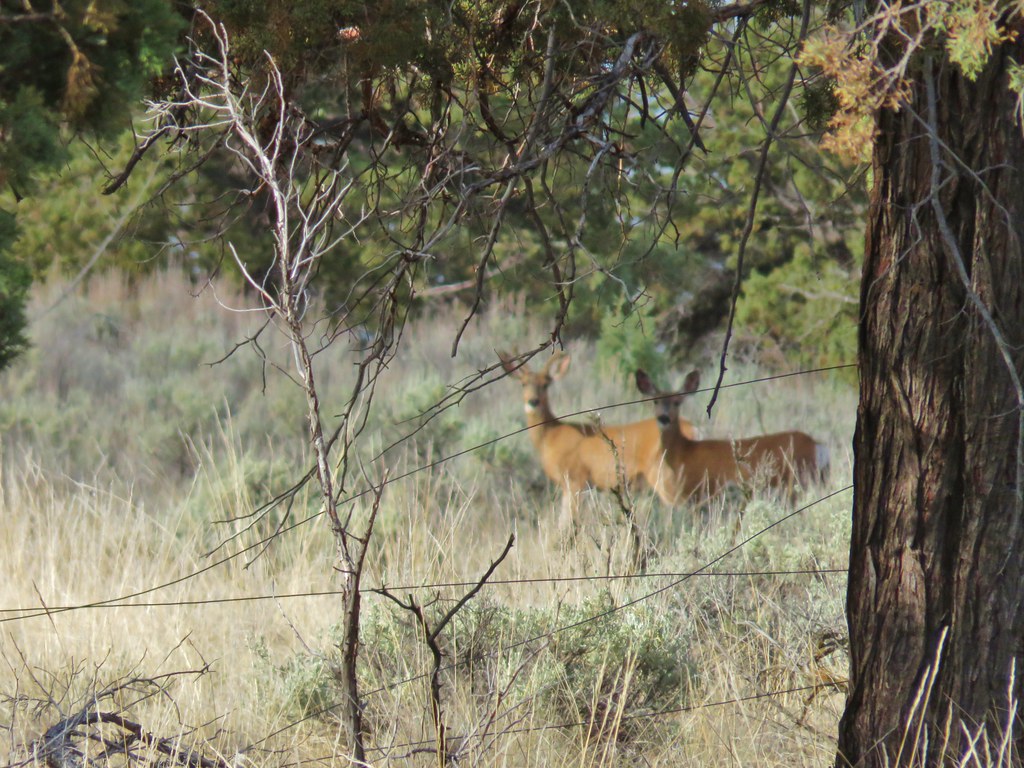 (the camera deciding the fence was more interesting than the deer)

It was 1.3 miles across the plateau where we headed back down to the campground and then on to the day use area where the number of cars had double to two including ours. (A third arrived while we were loading up.) The relatively short hike was a good way to end the vacation and put a cap on 8 days of hiking. We’re not done with SE Oregon yet and we’re looking forward to our next visit. Happy Trails!

[…] The Metolius emerges from the springs as a fully formed river flowing north toward the Cove Palisades State Park (post). […]