During our stay in Bend Dominique had his birthday and we planned on spending as much time with him as possible that day so we needed a nice short hike for the morning. We picked the 2.5 mile Ray Atkeson Memorial Loop at Sparks Lake which was only about 30 minutes from where we were staying. 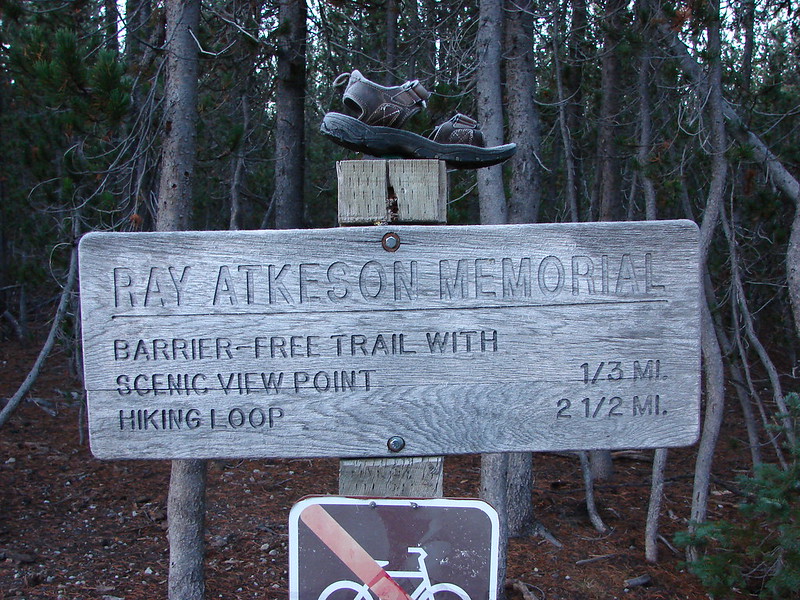 The weather had cleared up nicely from earlier in the week but that came with a cold front which left the temperature in the upper 20’s as we set off on the trail. The first views of the lake and the South Sister were amazing. 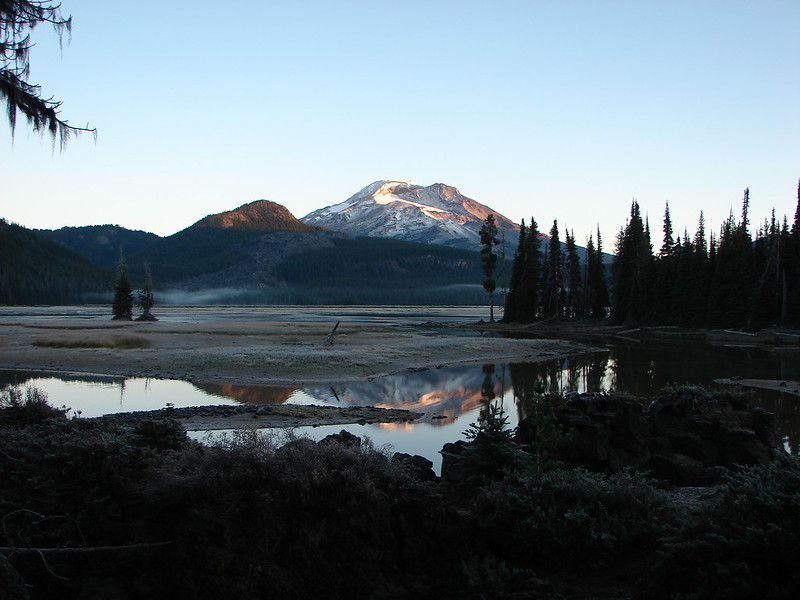 There weren’t any people to be seen but there were plenty of ducks, geese and herons present. 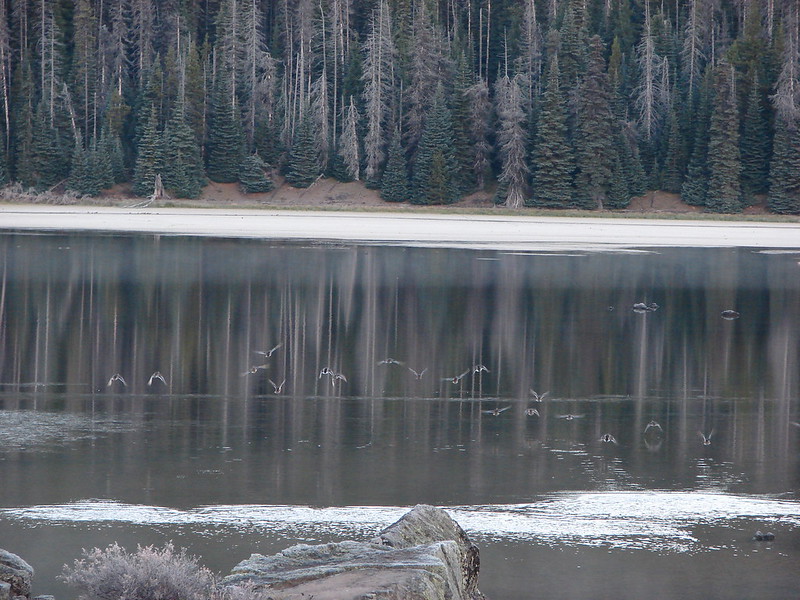 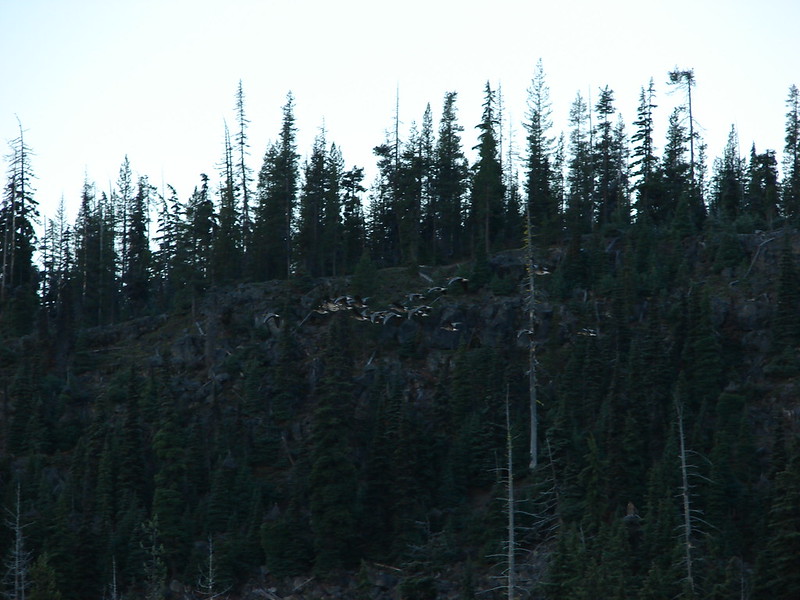 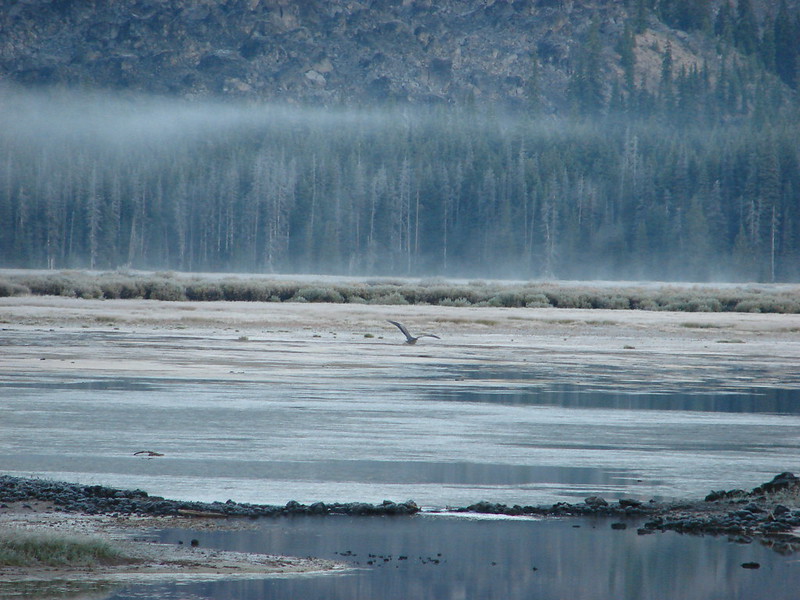 The trail left the lake shore and passed through a lava flow and the Davis Canyon. A narrow lava slot which was an interesting feature. 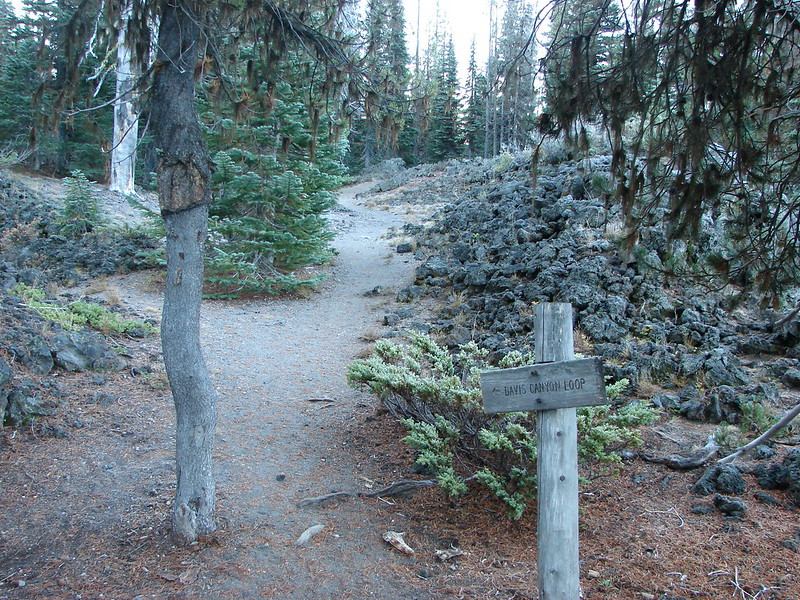 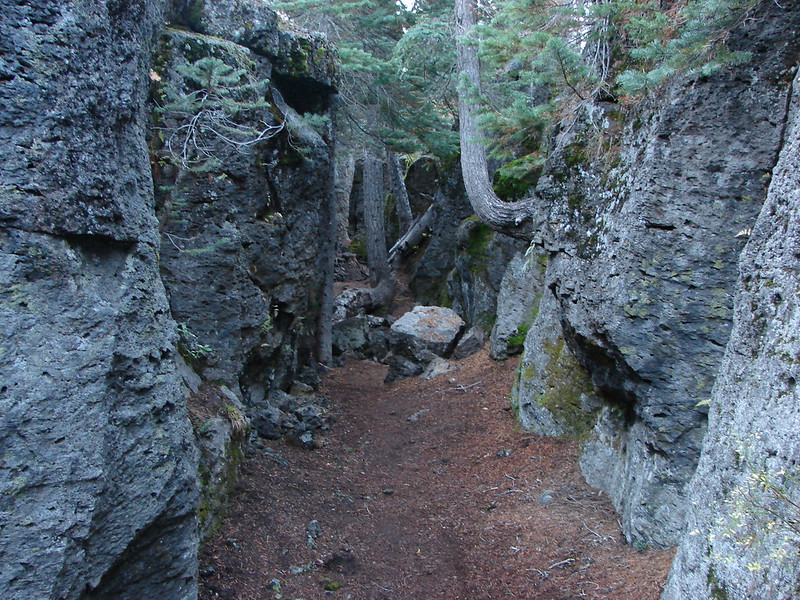 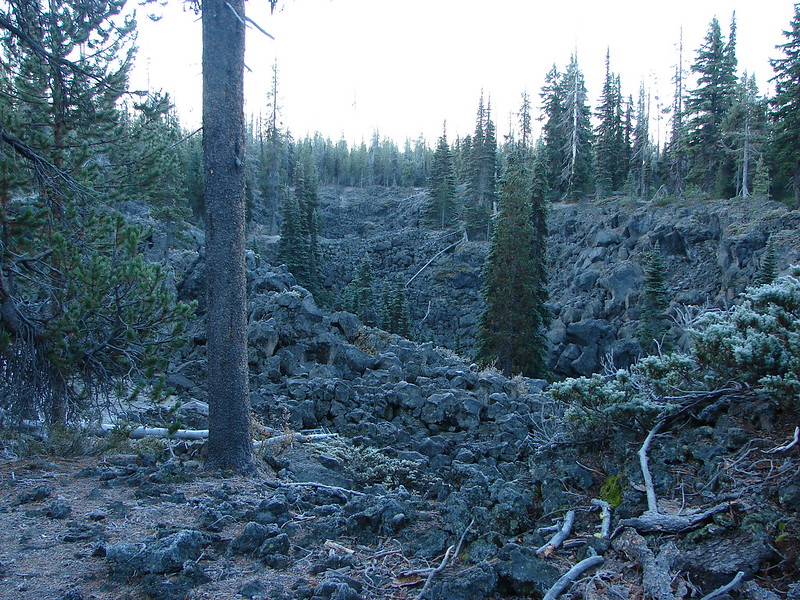 A short climb on the back side of the loop produced views of Mt. Bachelor, Broken Top and the South Sister. 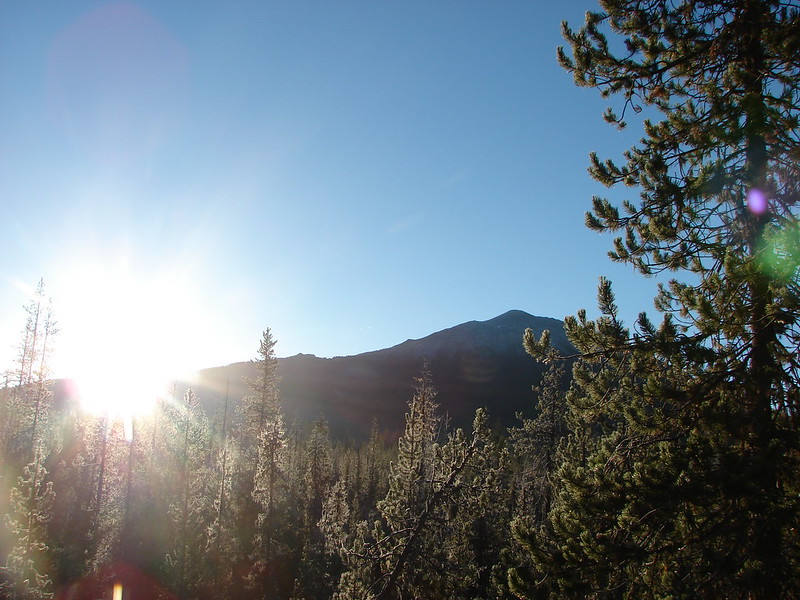 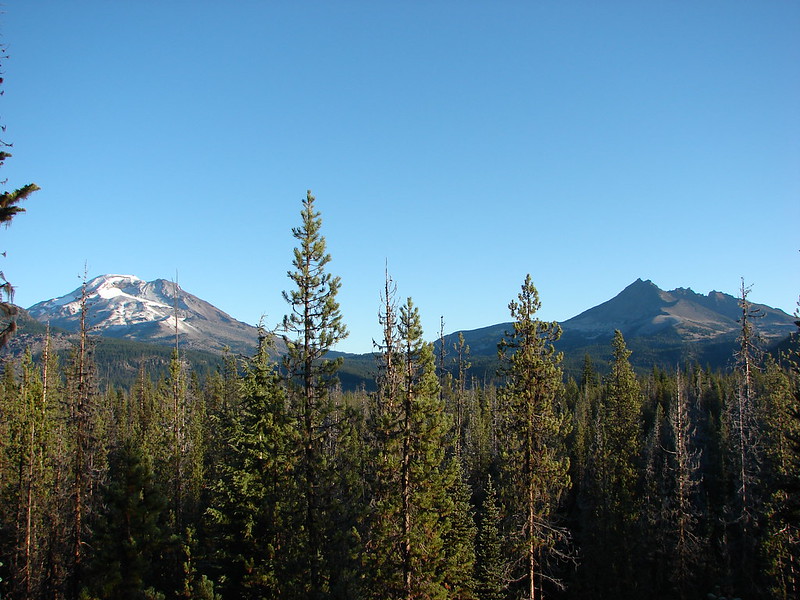 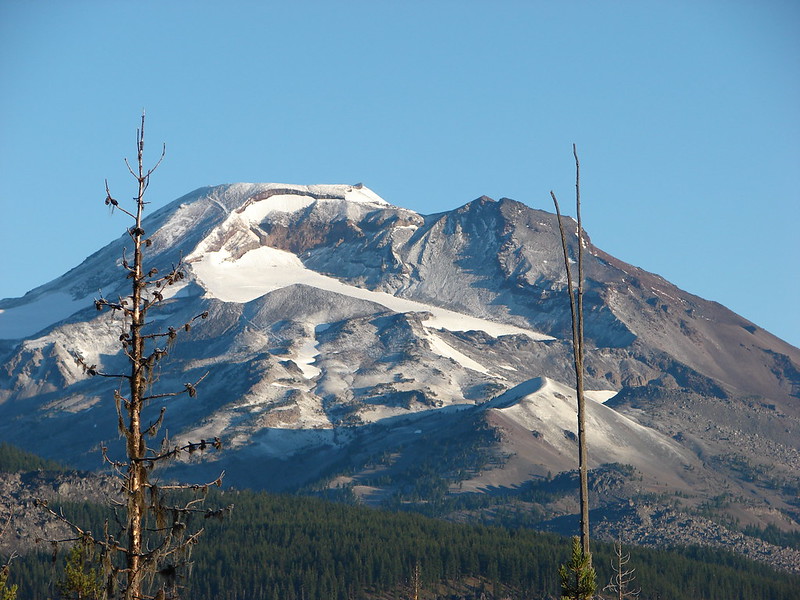 After completing the loop we headed down to the boat dock and peninsula to get a closer look at the lake. The sky was blue and the Sun shining but there was still a bit of ice water as the mountains reflected in the still water. 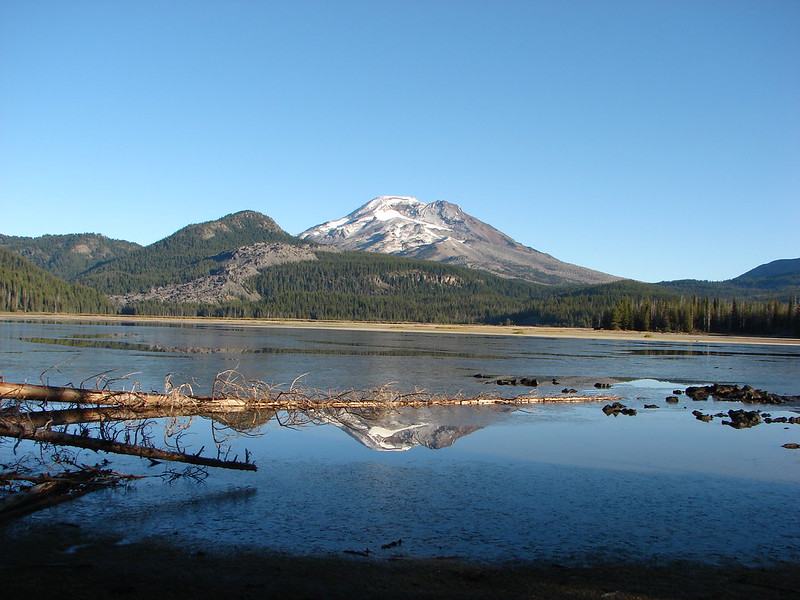 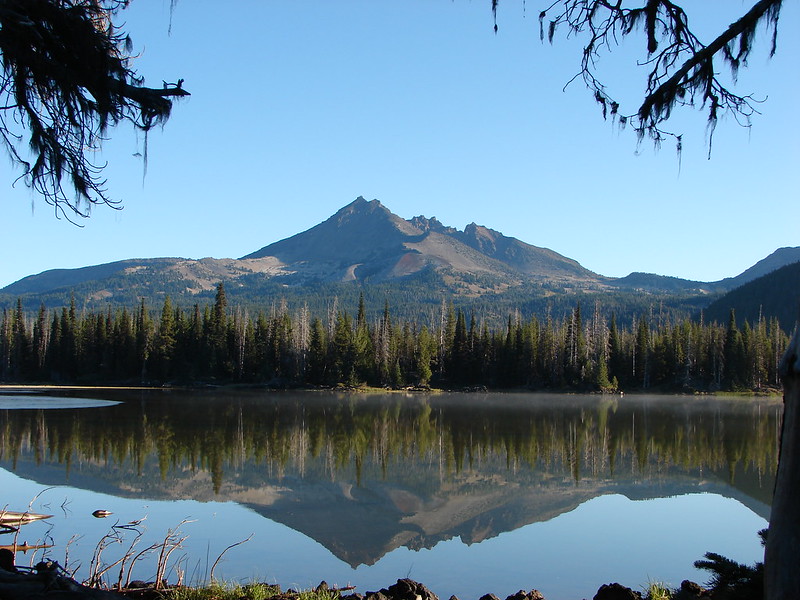 A beautifully cold Central Oregon morning. It’s hard to start a day much better than that and ending with a family dinner celebrating Dominique’s 19th birthday was perfect ending. Happy Trails!

[…] On the drive that morning from Bend we spotted a number of deer in a meadow along the highway near Sparks Lake. Broken Top rose behind the trees completing an amazing […]