After the 20+ mile hike the previous day we woke up at 5am feeling somewhat refreshed and happy to find that it wasn’t nearly as cold as it had been the morning before. A layer of clouds had moved in pushing out most of the smoke and trapping some heat in. 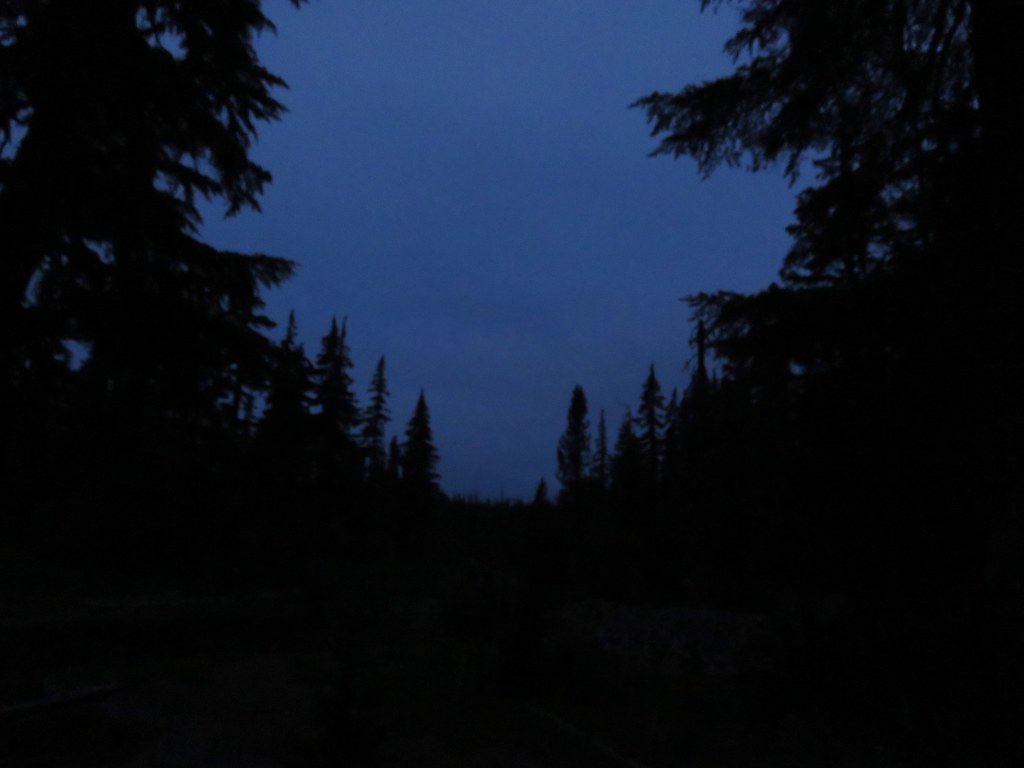 5am clouds over Waldo Lake

We ate breakfast, packed up and then briefly hopped onto the Shoreline Trail following it to the signboard for the Wahanna Trail near Dam Camp. 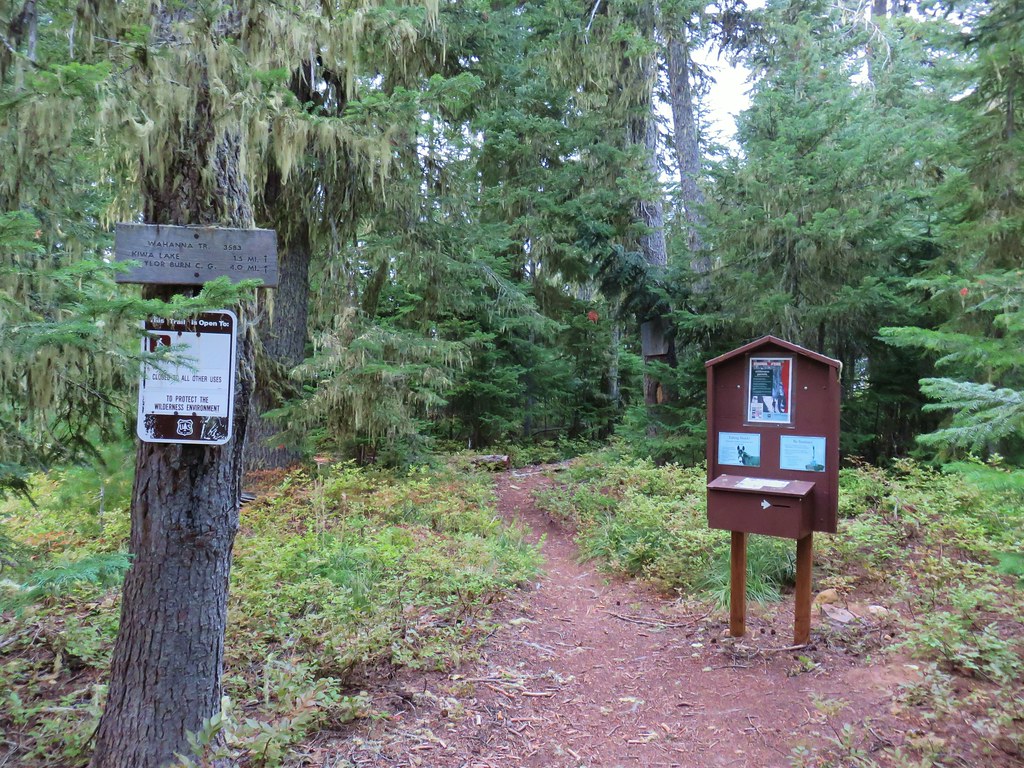 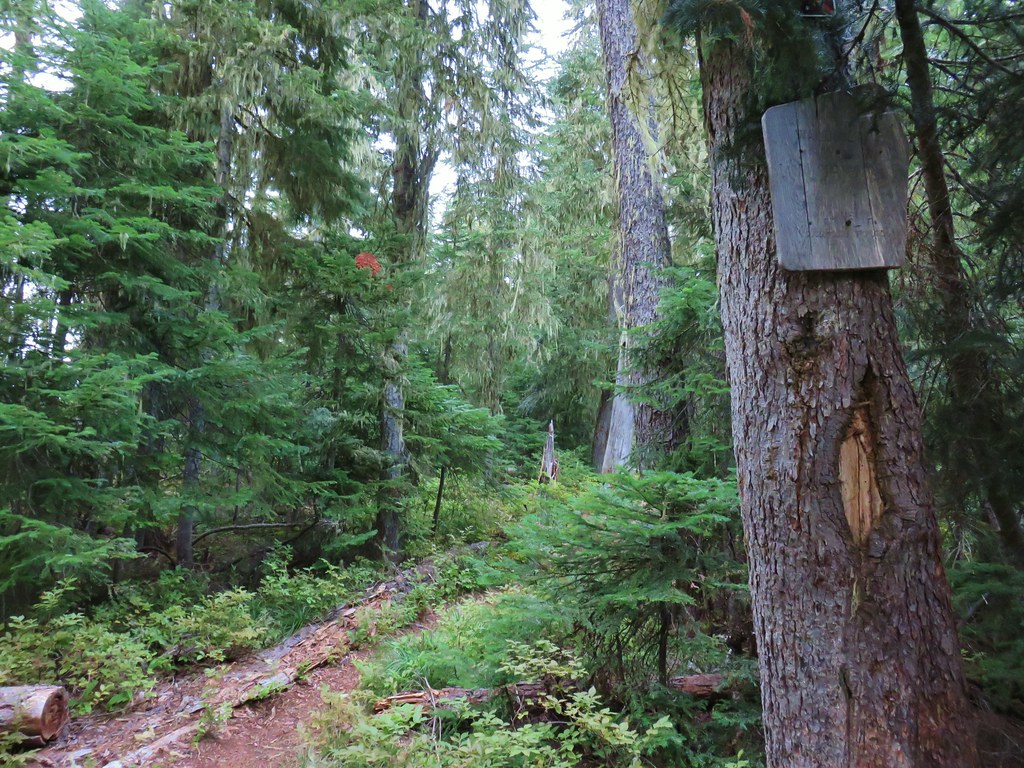 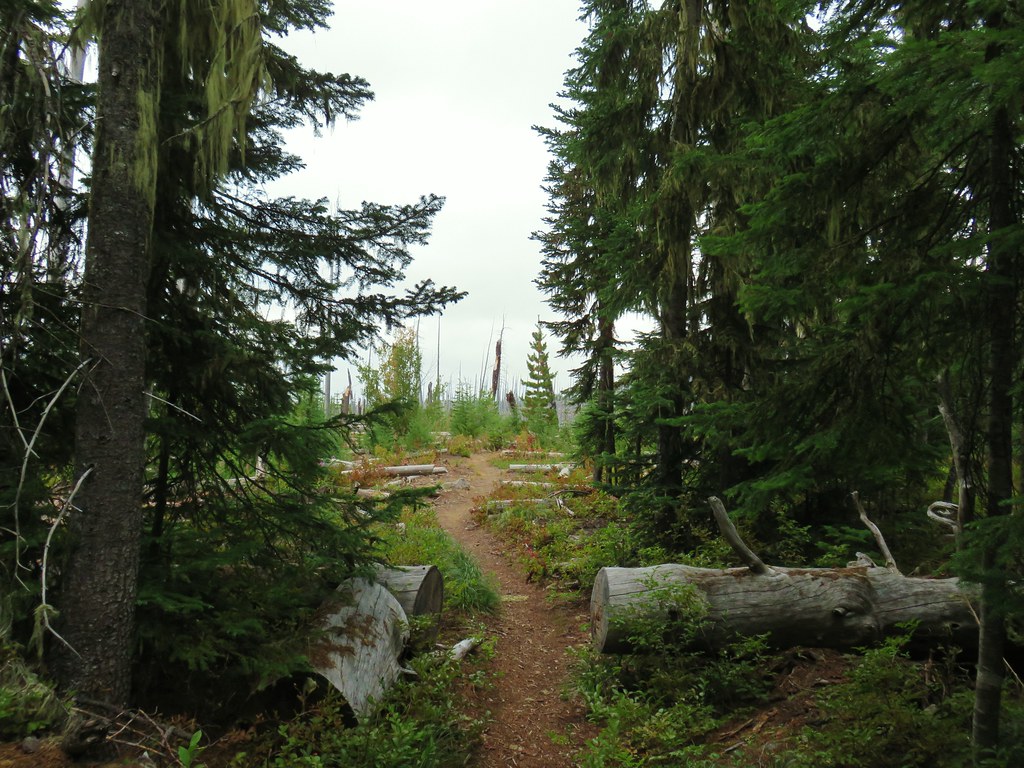 The Wahanna Trail passed around the west side of Rigdon Butte near the edge of a plateau above the North Fork Middle Fork Willamette River. Across the river valley was Waldo Mountain with Winchester Ridge extending to the north. 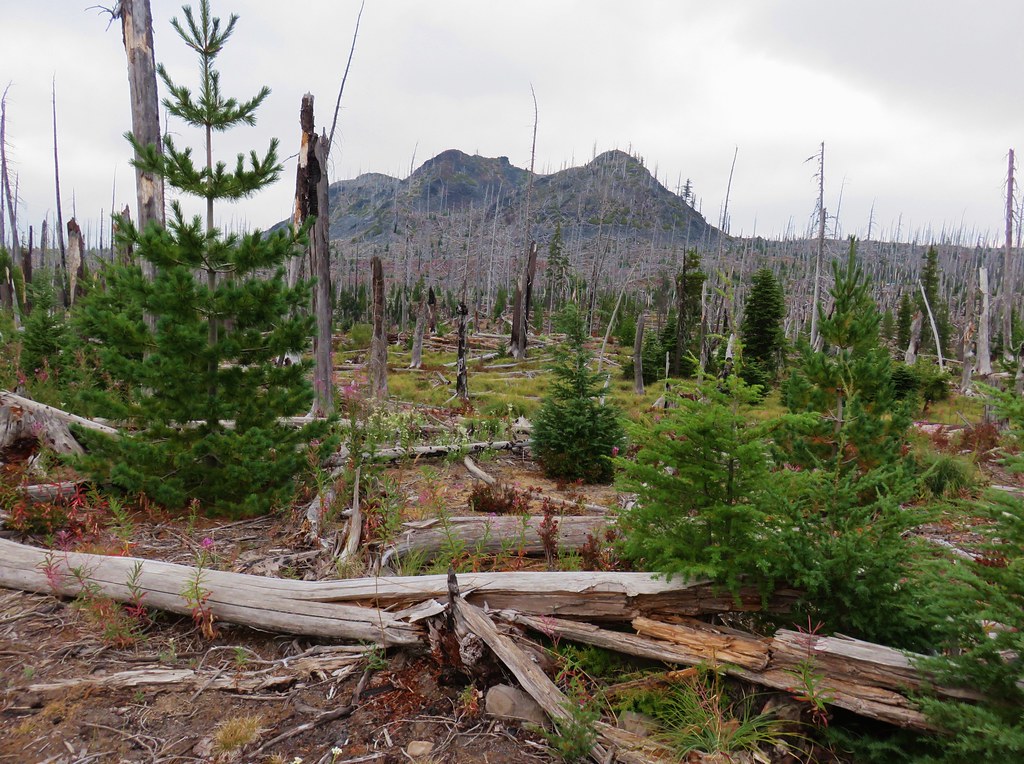 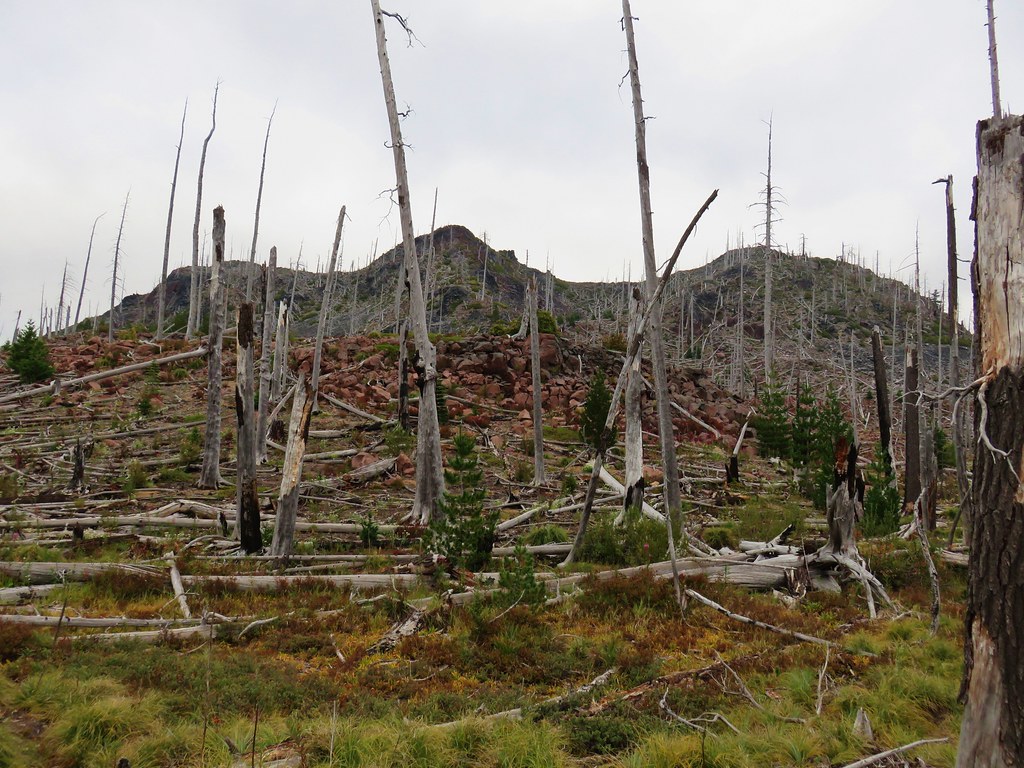 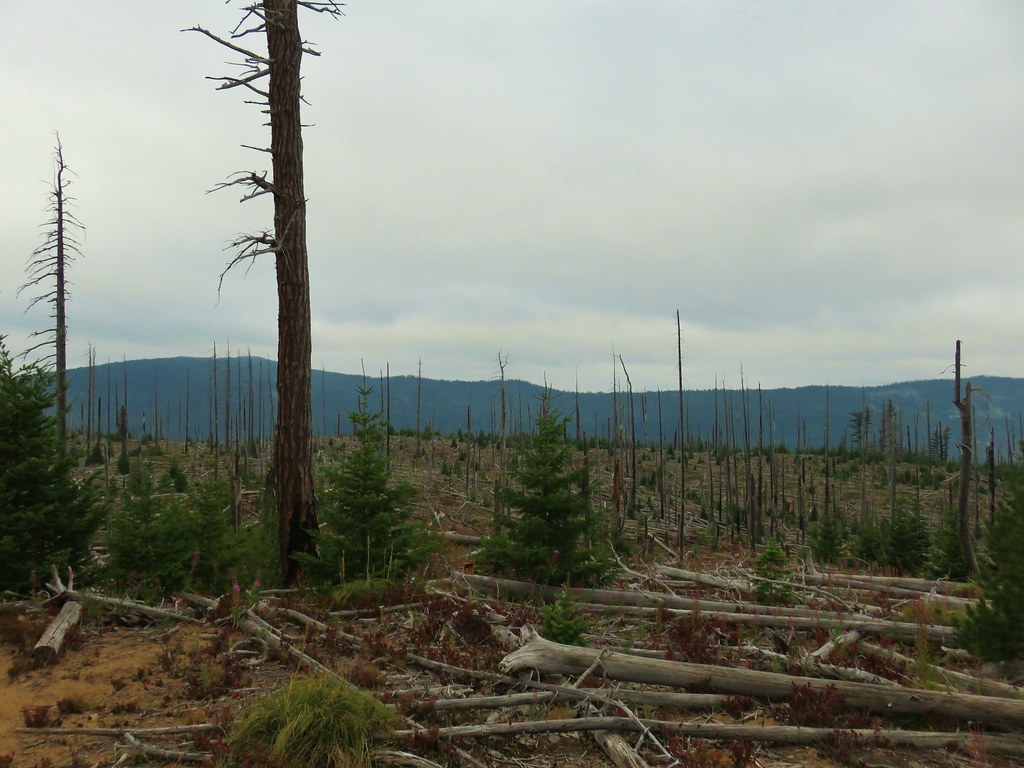 Although the area is still struggling to recover from the fire there was a lot of color and interesting sights along the route. We also spotted three deer as they bounded over a ridge. 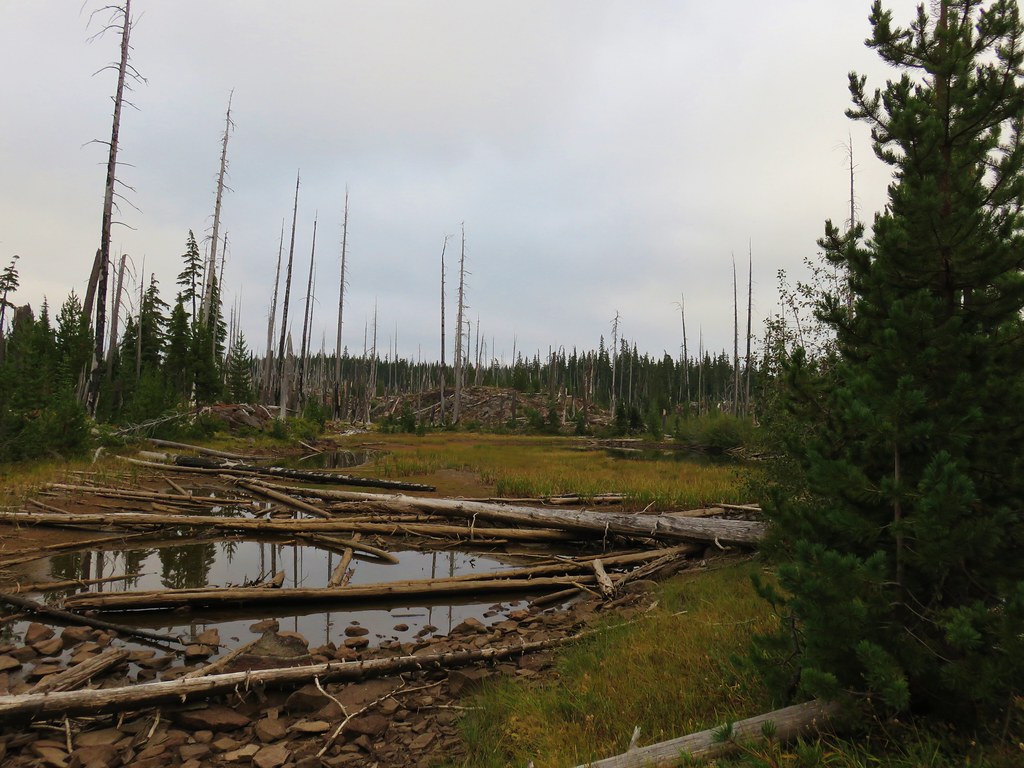 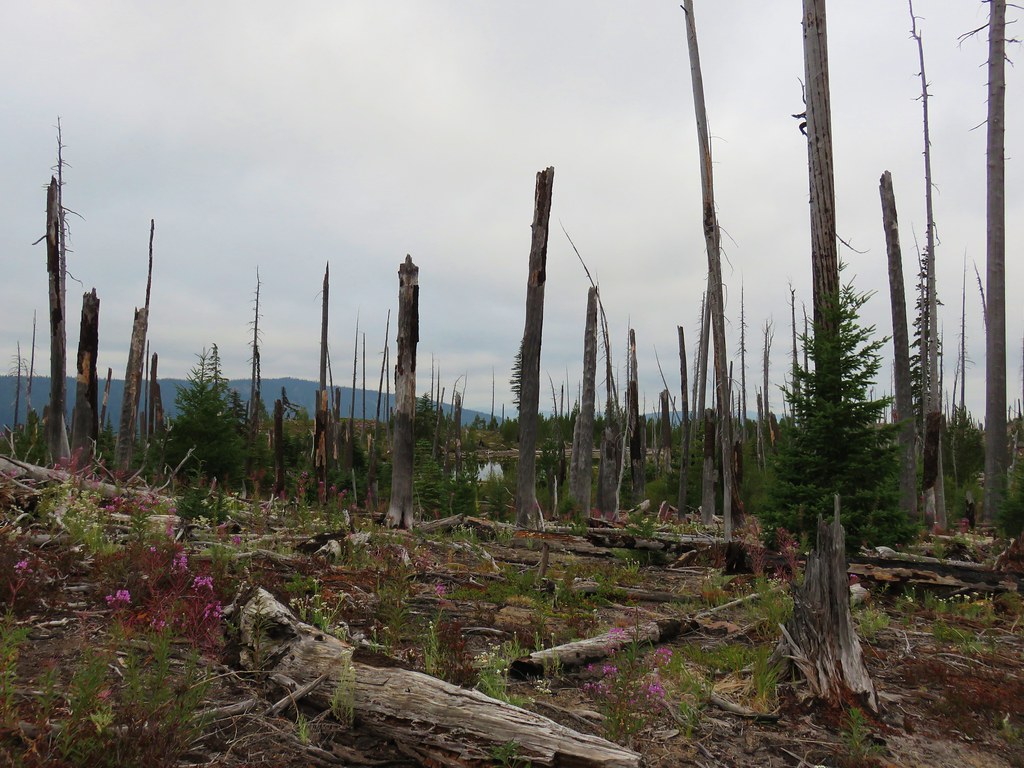 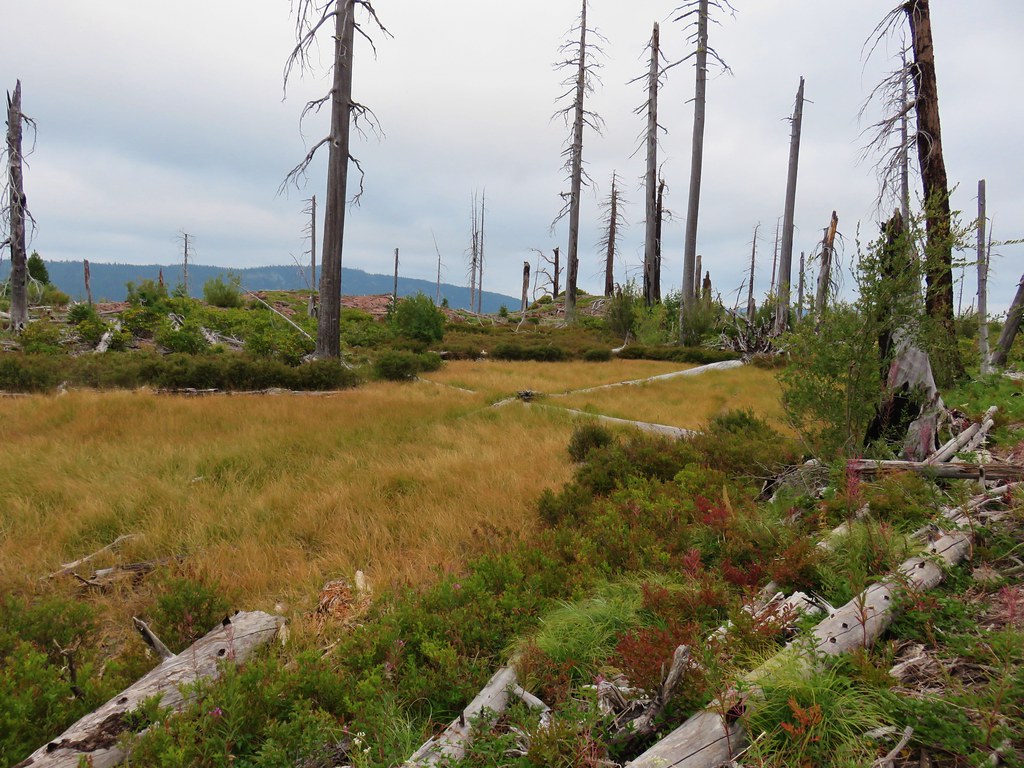 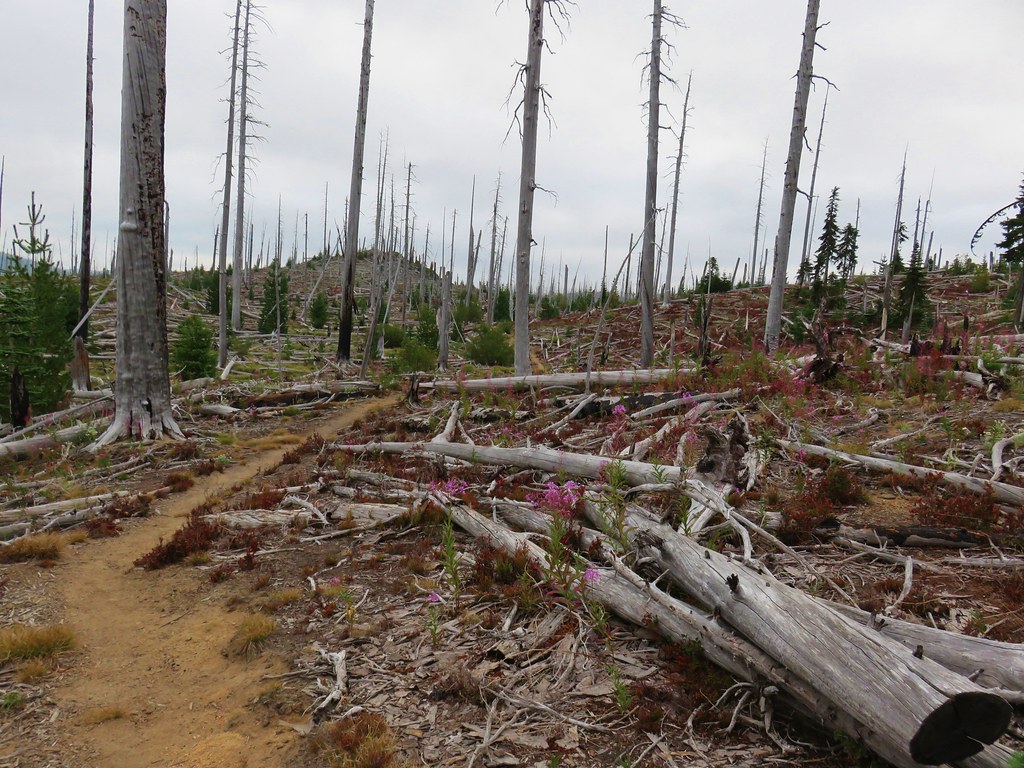 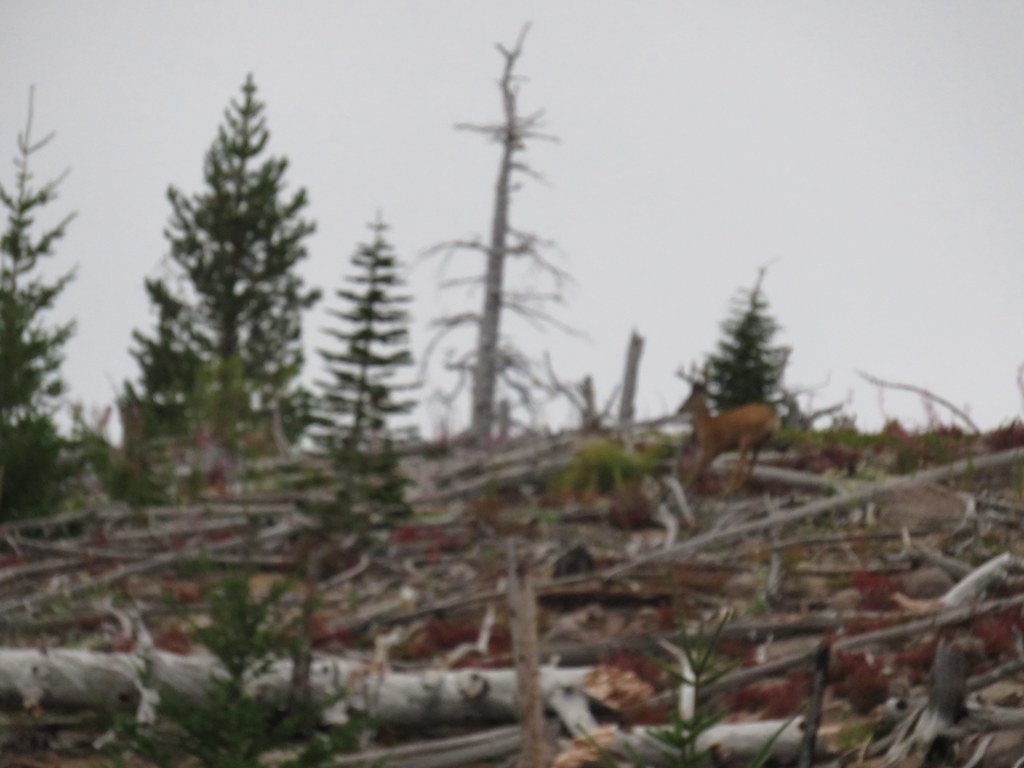 A little over a mile along the trail we spotted a larger body of water off to our right which we would later identify as Ernie Lake. 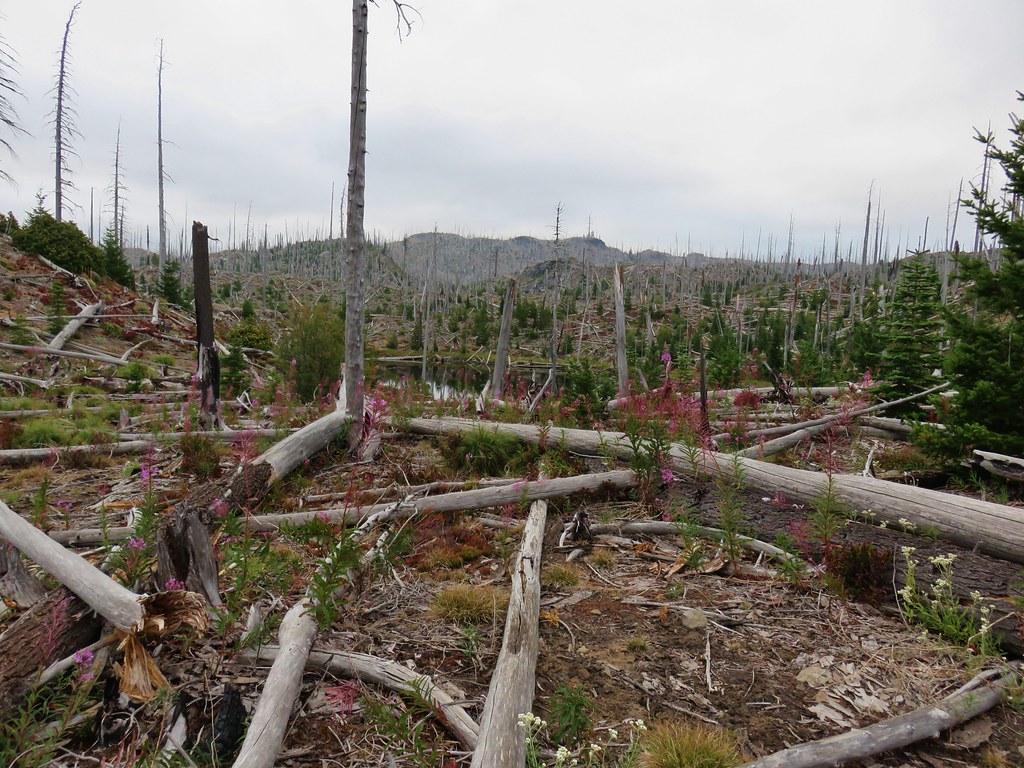 After 1.3 miles on the Wahanna Trail we arrived at a junction with the two mile long Rigdon Lakes Trail where we turned right. 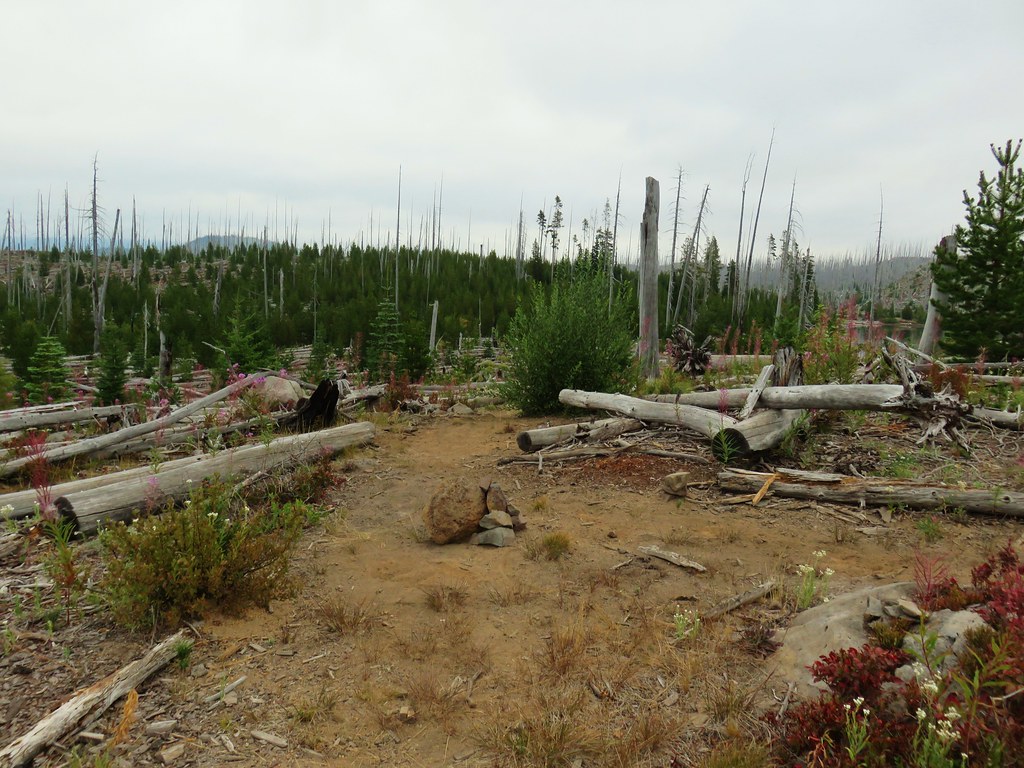 We quickly got our first view of Lake Kiwa which was larger than we’d expected and turned out to be our favorite lake (not named Waldo) of the trip. 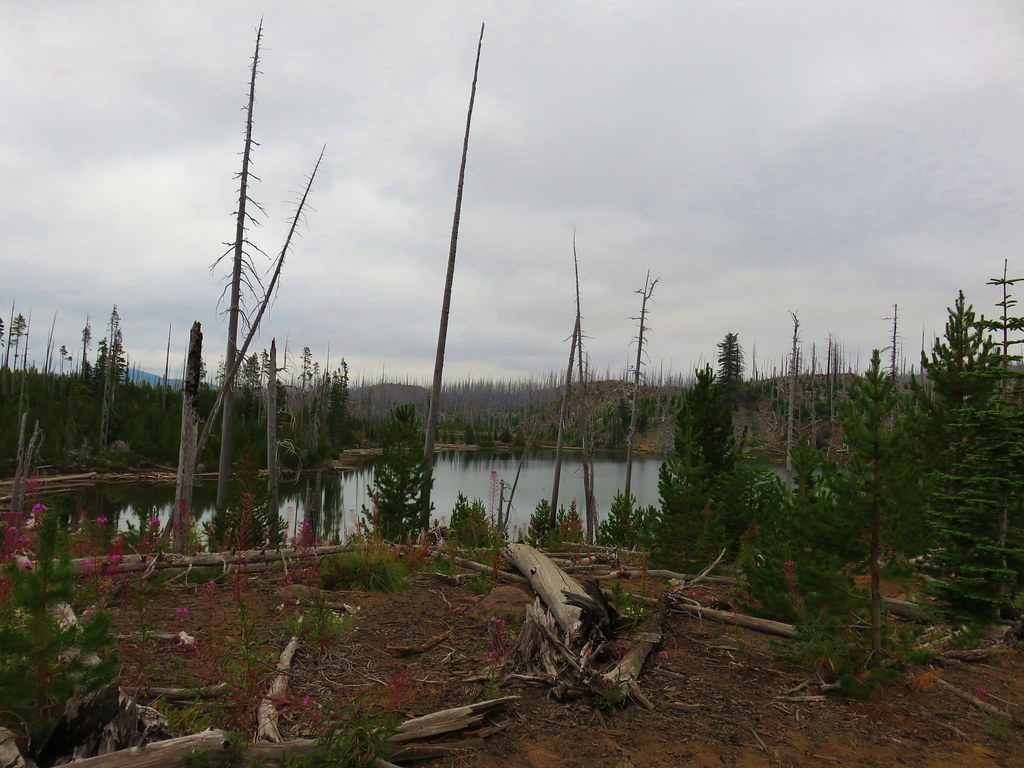 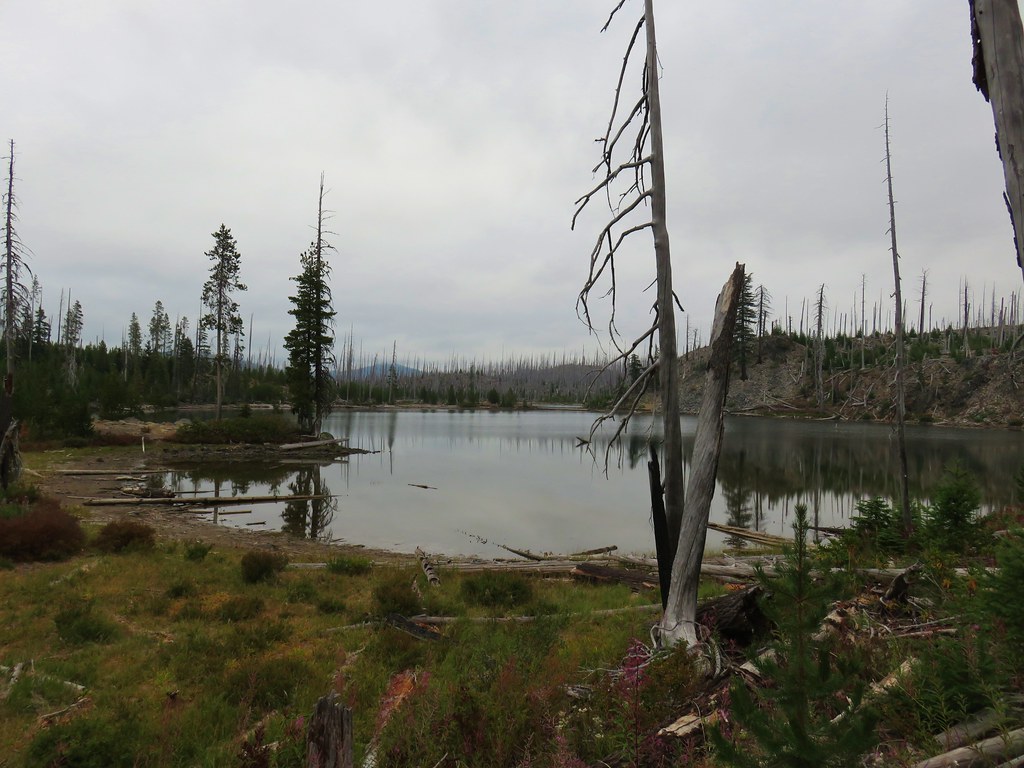 The trail followed the lake shore south providing a nice view ahead of Rigdon Butte. 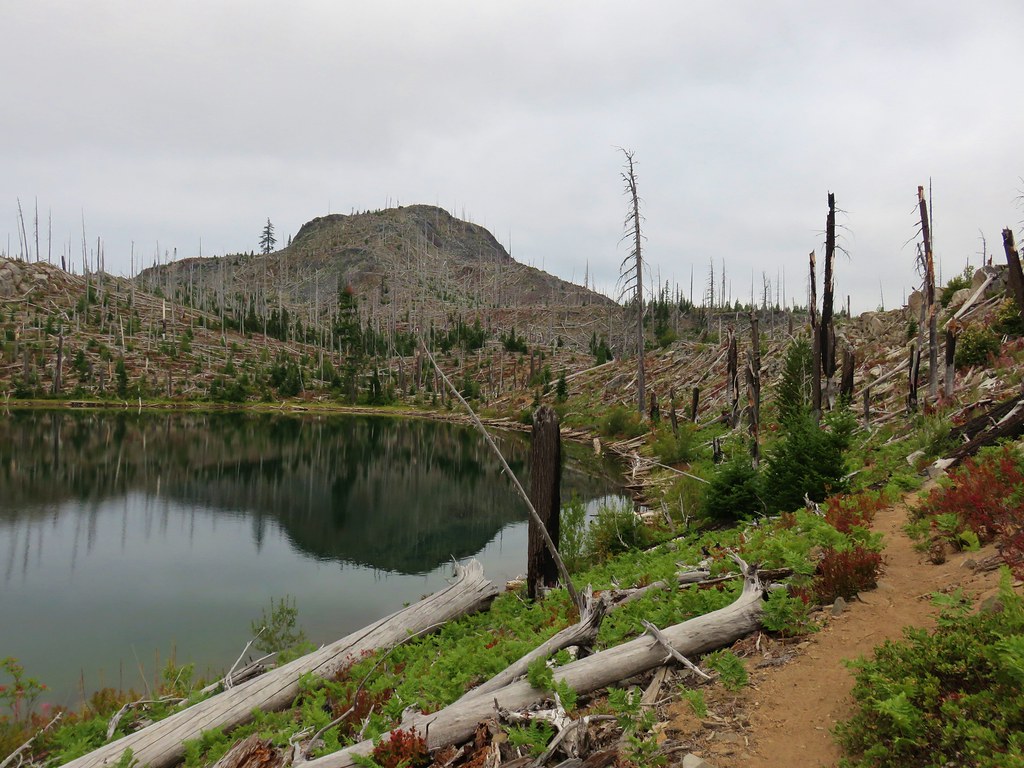 Beyond Lake Kiwa the trail climbed over a small ridge and arrived at Lower Rigdon Lake just a tenth of a mile later. 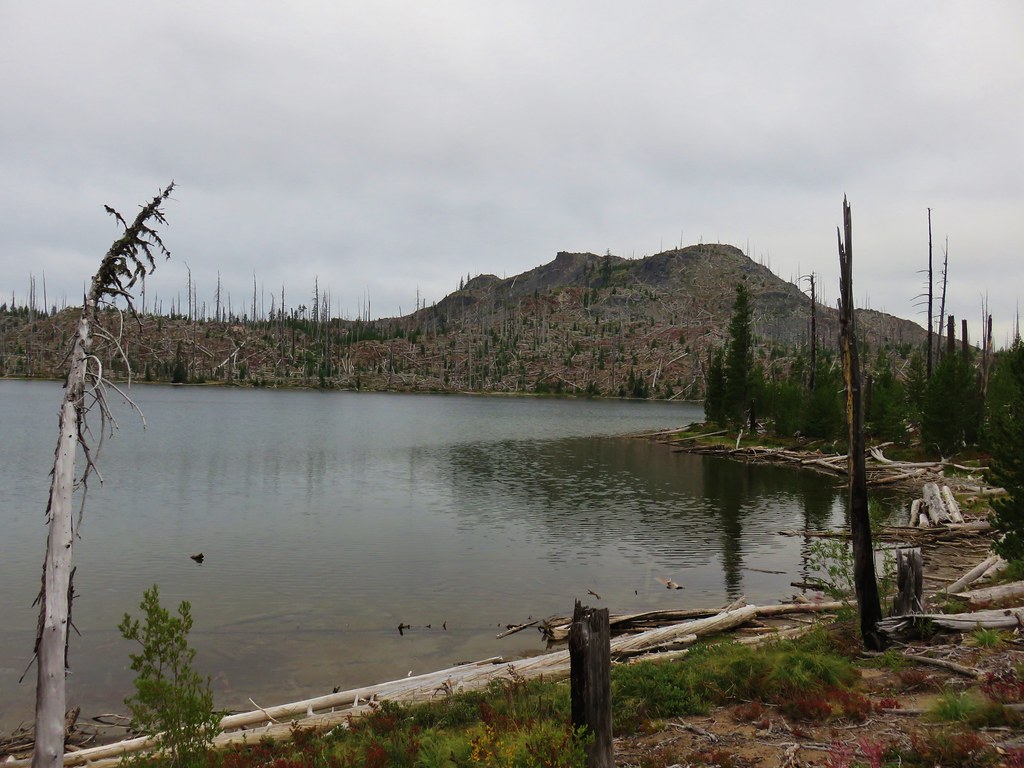 The trial passed around this lake to the left then climbed up and over another ridge to Upper Rigdon Lake. 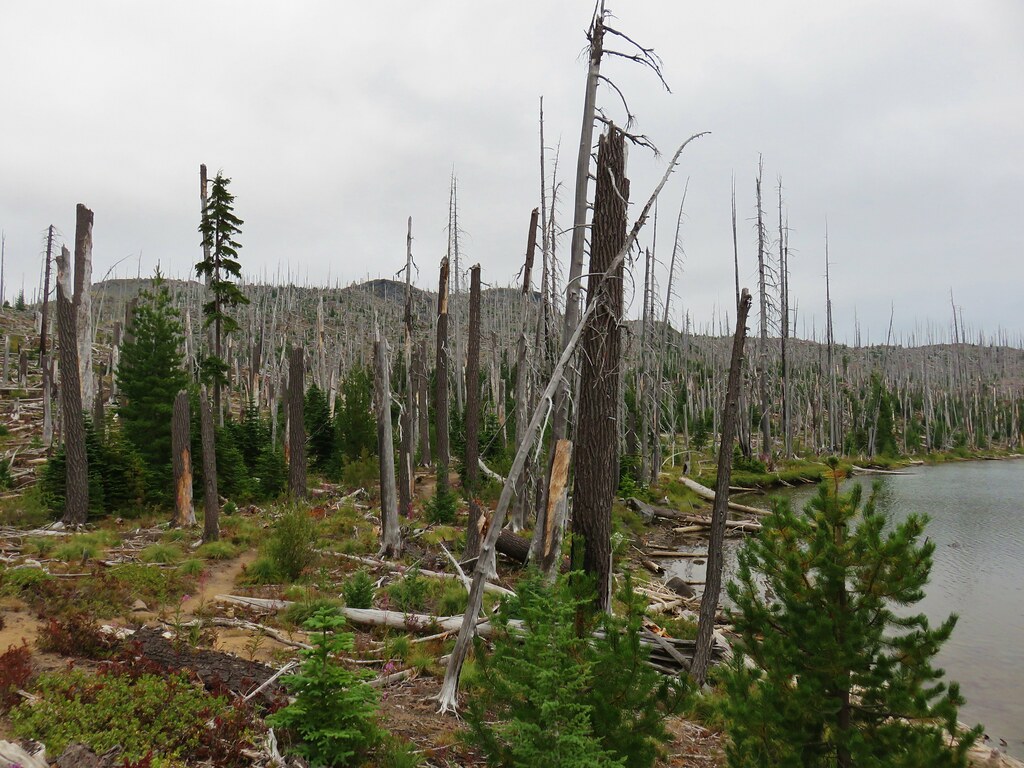 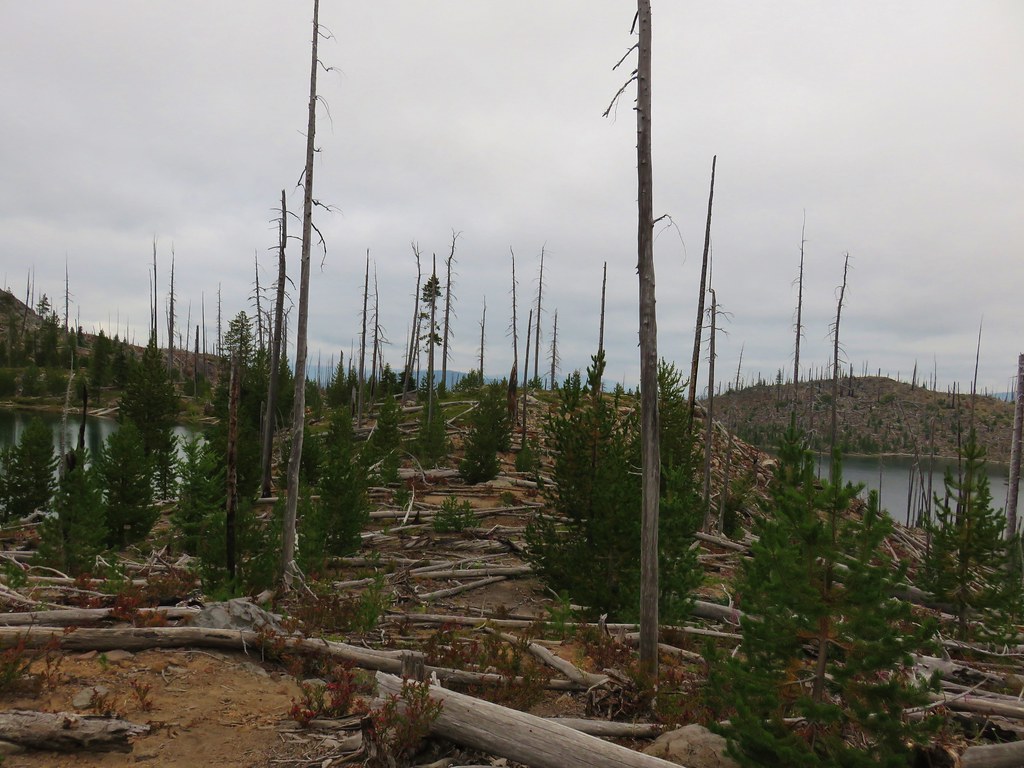 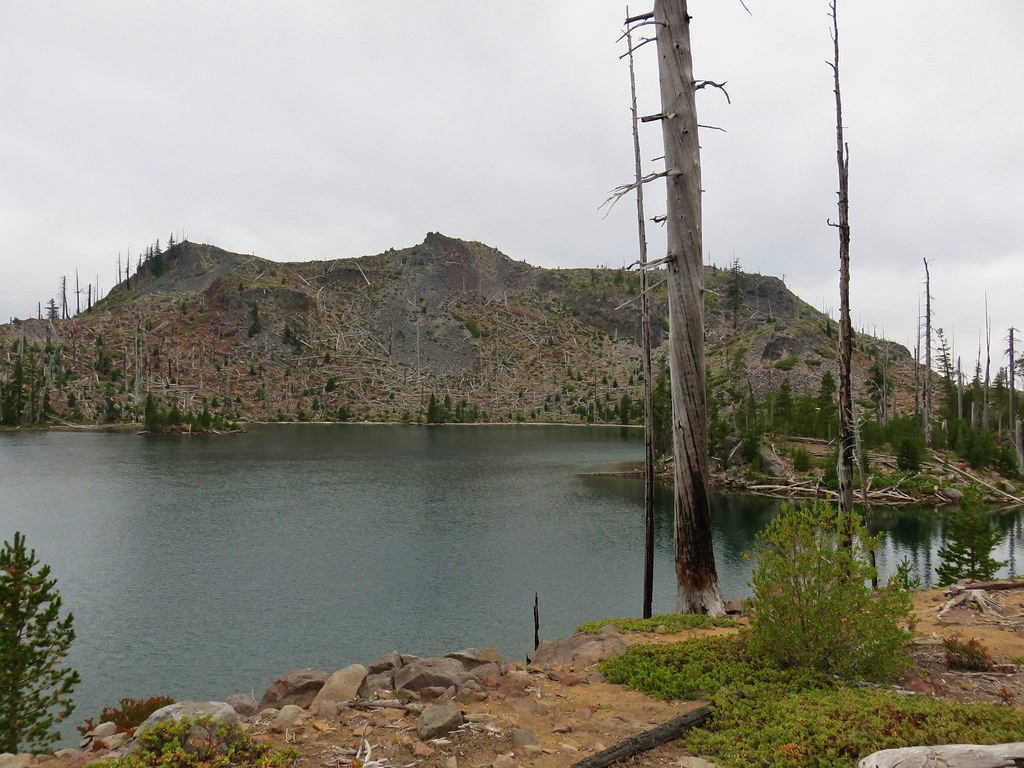 Upper Rigdon Lake was also quite nice with a couple of small islands adding character. 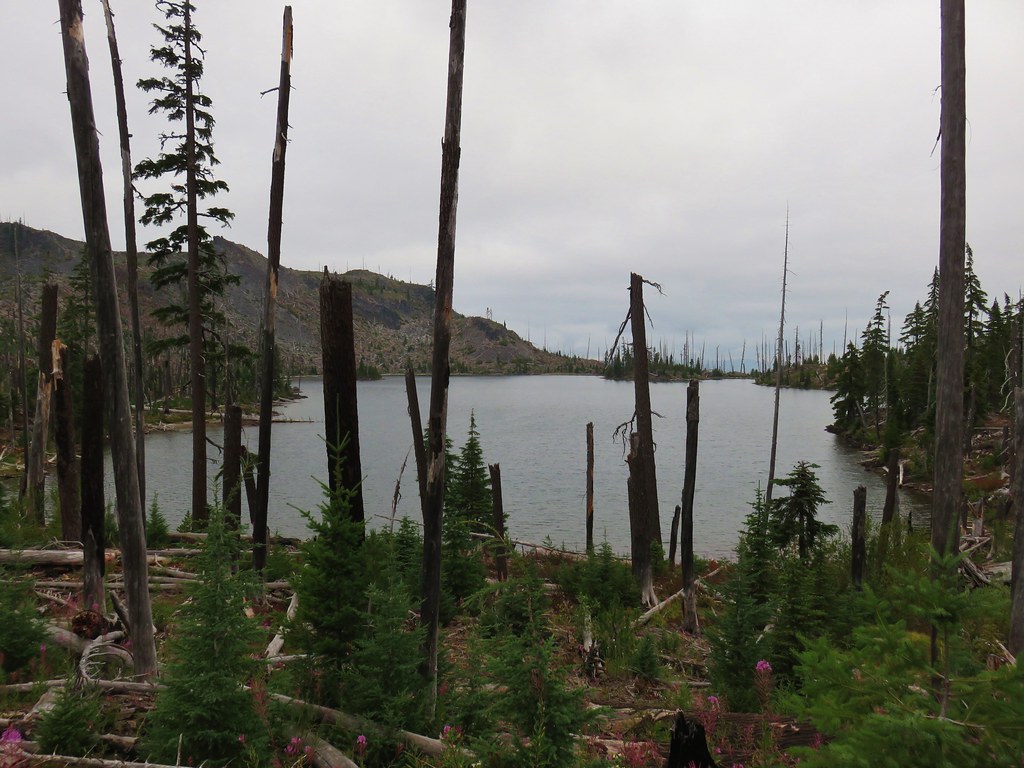 Beyond Upper Rigdon Lake the trail wound its way over and around small rocky ridges to the Waldo Lake Shoreline Trail. 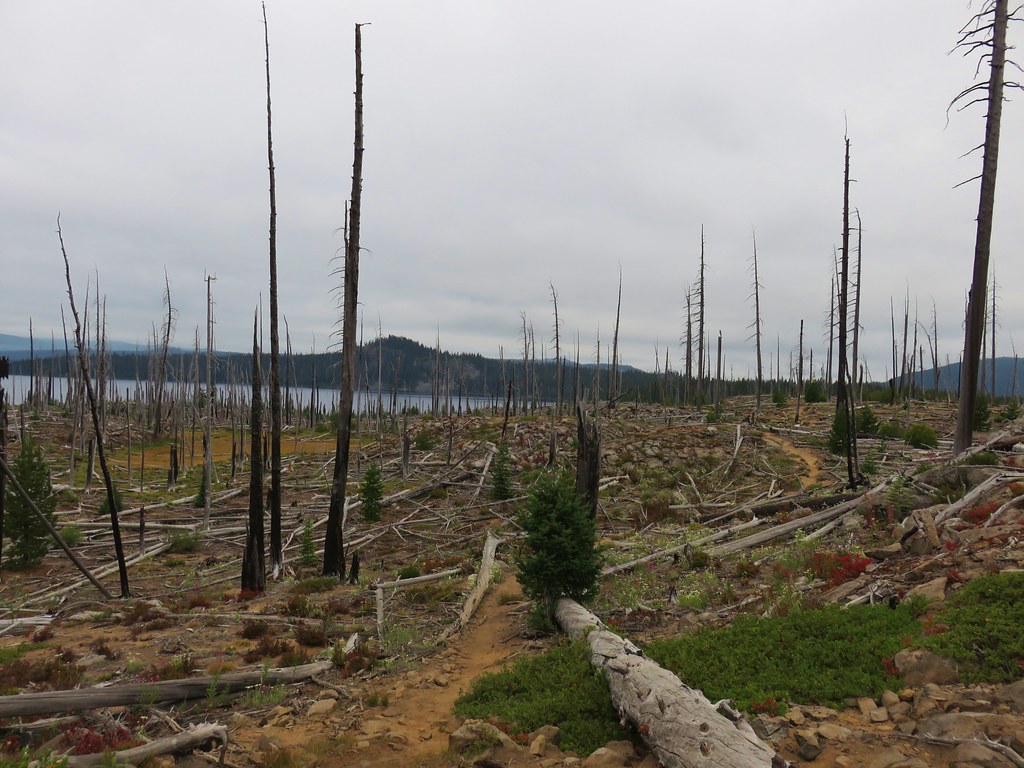 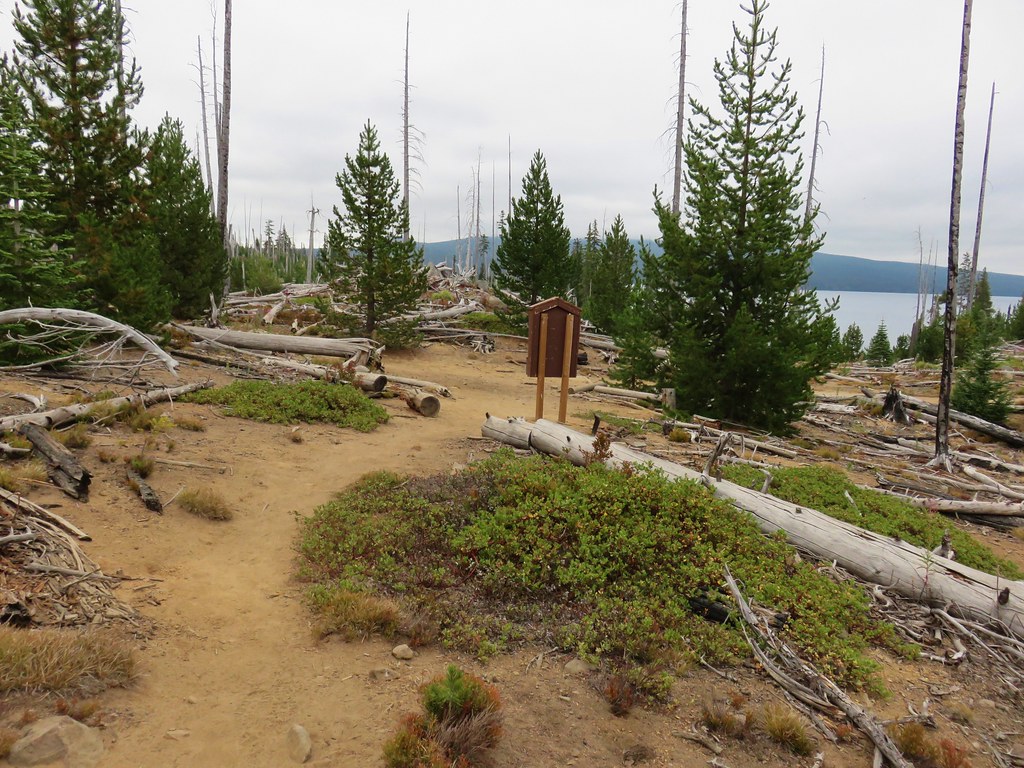 We turned left onto the Shoreline Trail and stayed left at forks opting to take a different (slightly shorter) route back to the trailhead instead of following the lake shore. 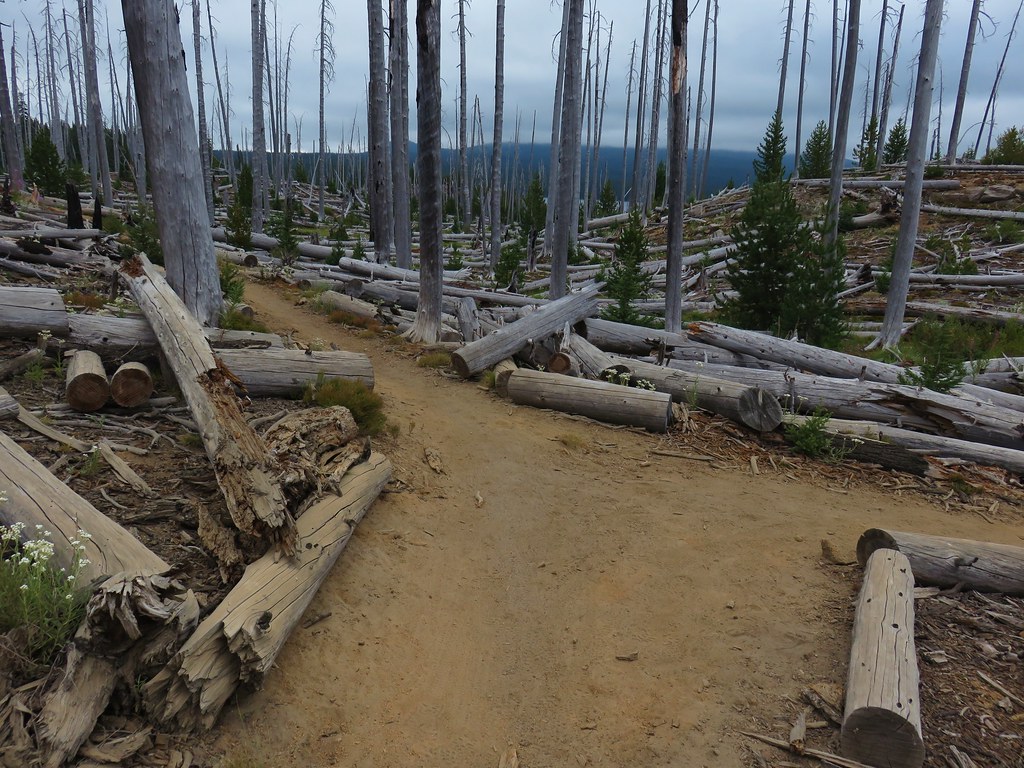 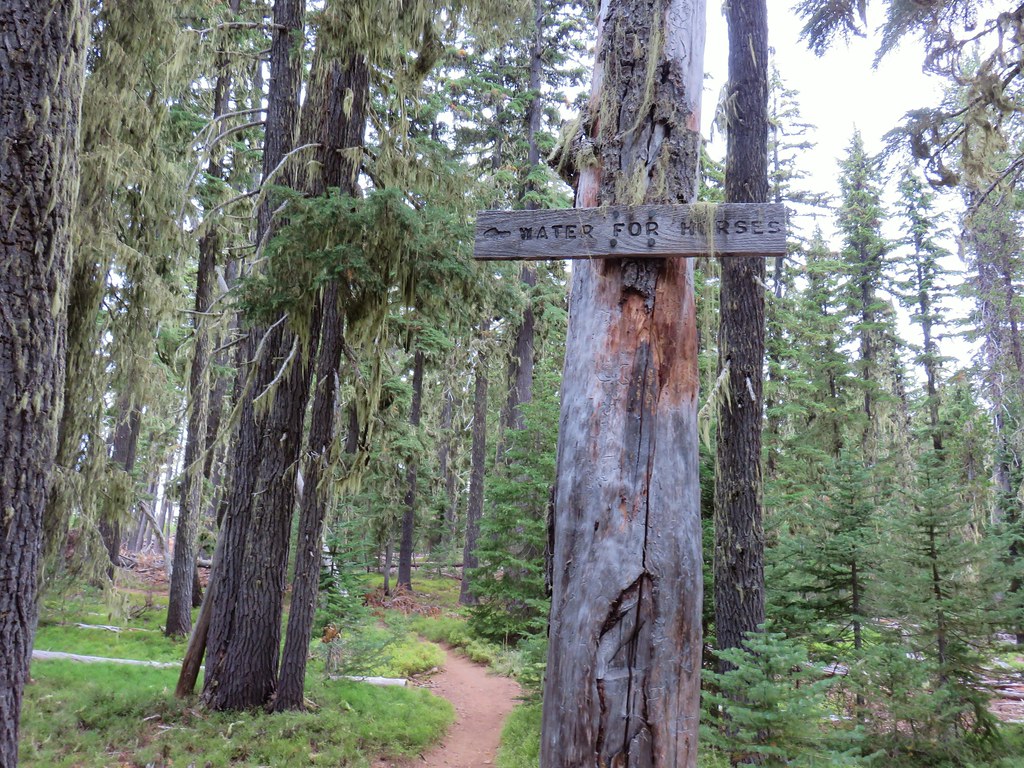 Second fork left at a “water for horses” sign 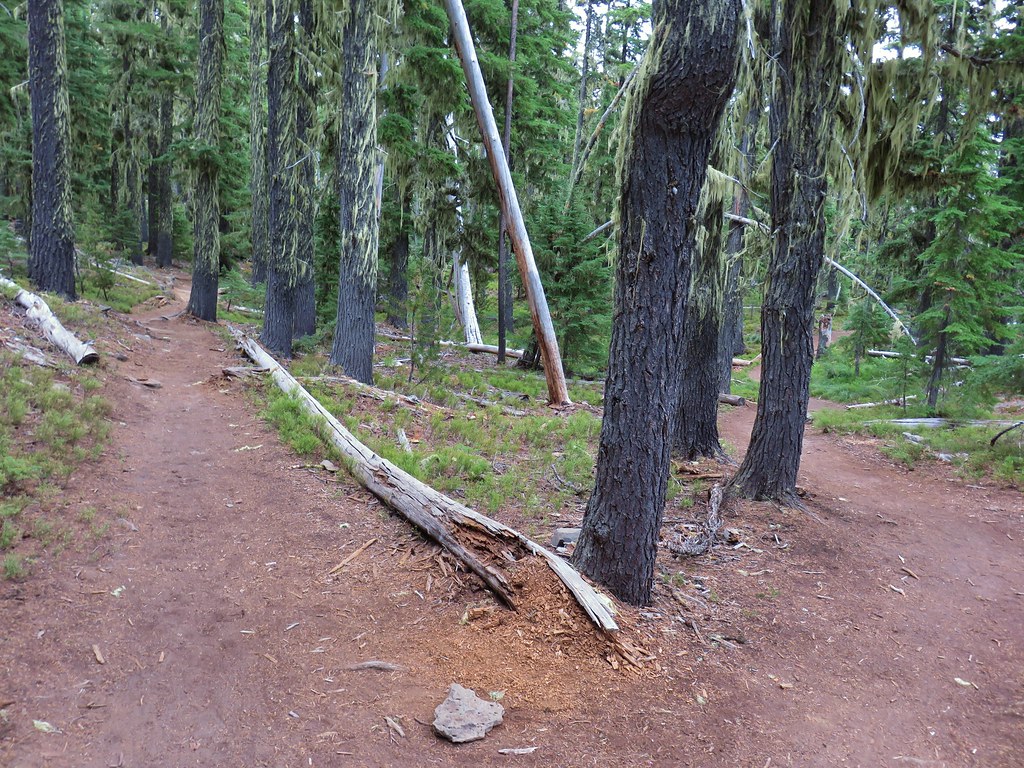 Third left fork at a junction with the Shoreline Trail 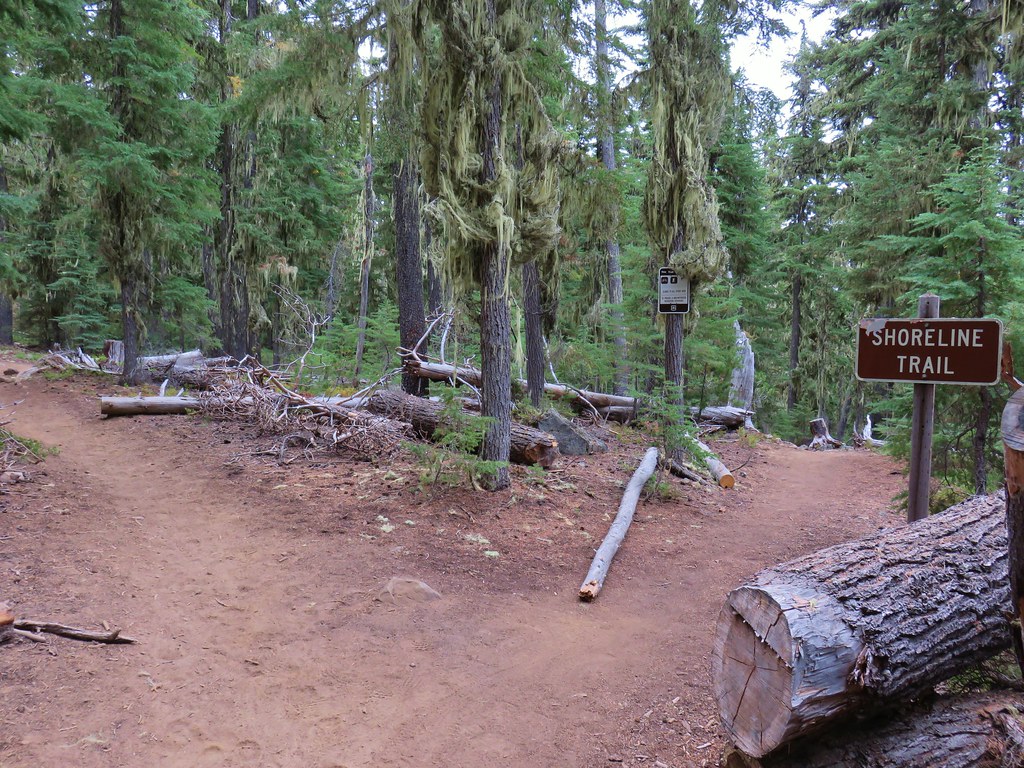 Fourth left fork at another junction with the Shoreline Trail

We should have stopped with the fourth left hand fork when we arrive at a fifth fork, but the topographic map on the GPS showed we weren’t at the correct right hand fork to lead us back to the trailhead. 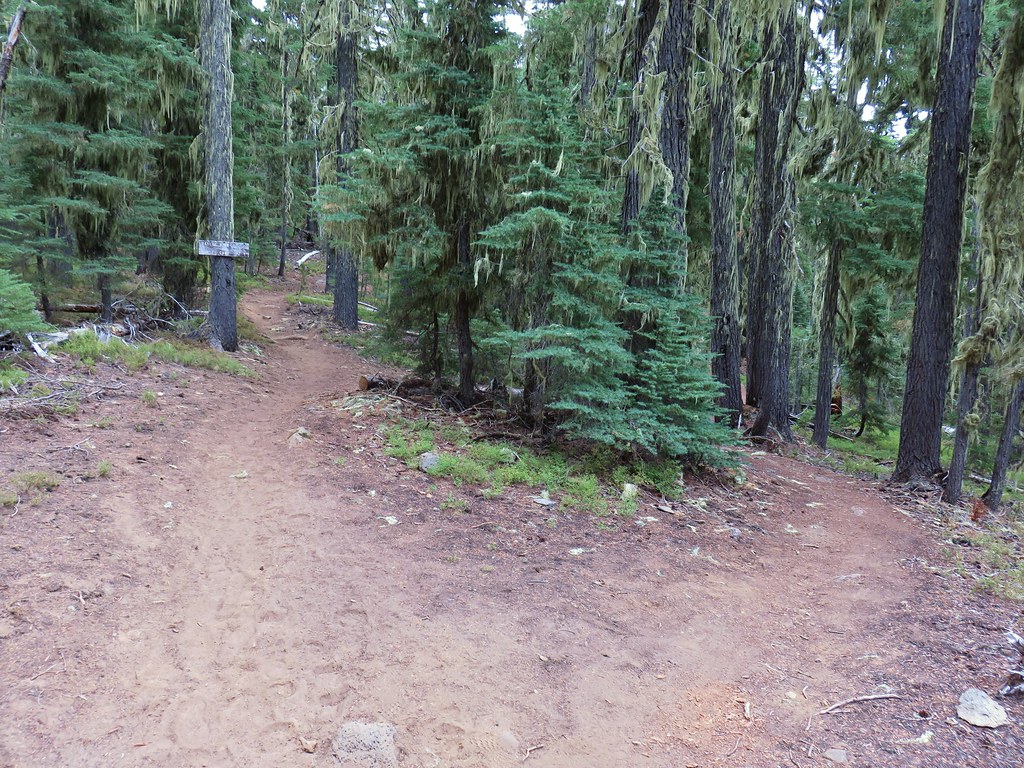 Fifth left fork which should have been a right.

We realized our mistake but then spotted a faint abandoned trail near the spot the trail was shown on the topographic map so we followed it for just over 100 yards to a picnic table across the parking lot from our car. It had been a nice 5.4 mile hike with scenery that exceeded our expectations. A great way to end our August hikes and get us ready for September. Happy Trails!