On 8/2/2011 during a week of vacation in Central Oregon we did a 6.8 mile loop hike visiting several waterfalls, most notably Tumalo Falls.

We began at an interpretive sign at the end of Tumalo Falls Road (Road 4603) on the North Fork Trail. 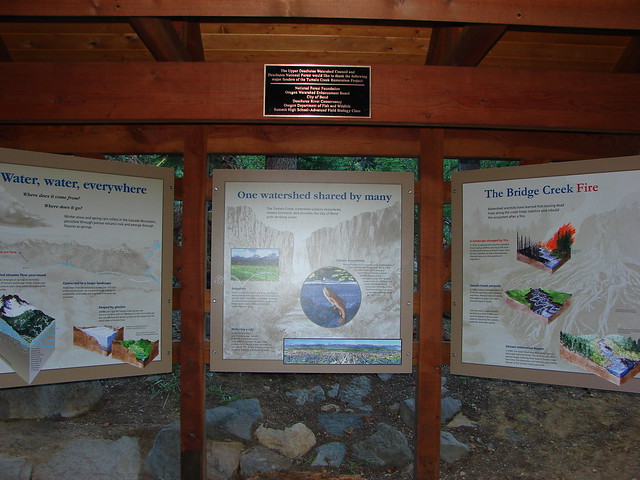 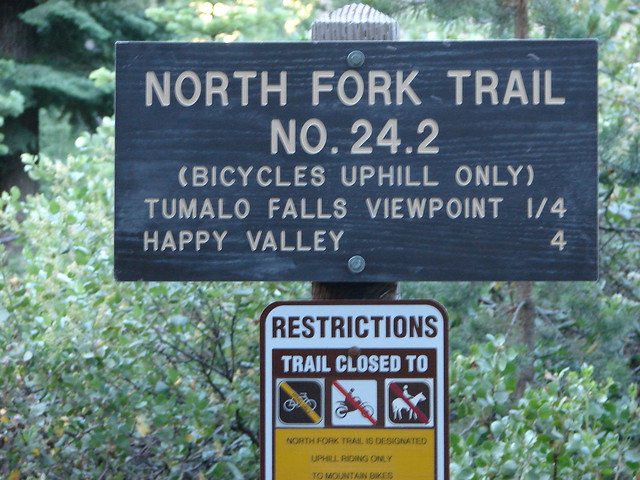 We kept right at junctions passing the lower viewpoint with its straight ahead look at the falls and continued to the upper viewpoint beside the falls which is less than a quarter mile from the trailhead. 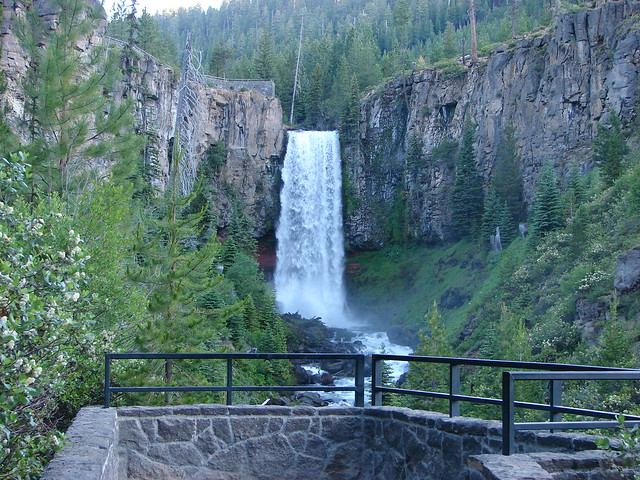 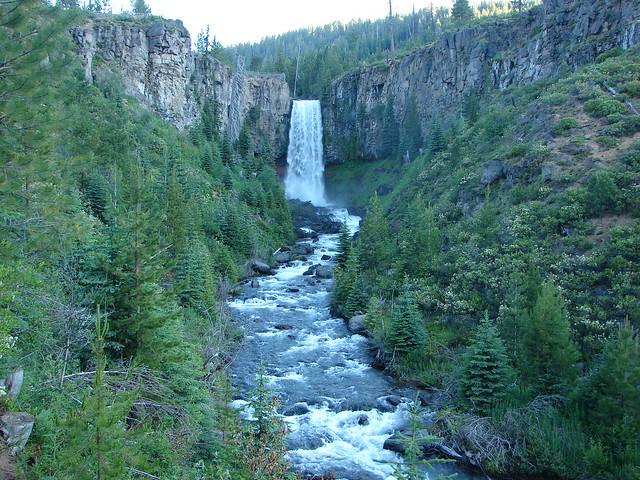 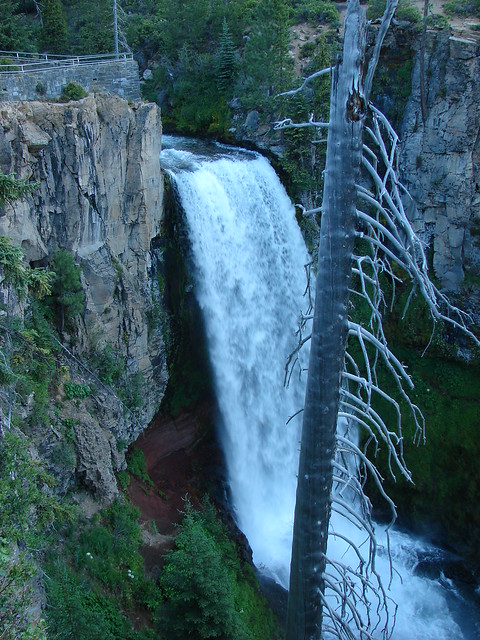 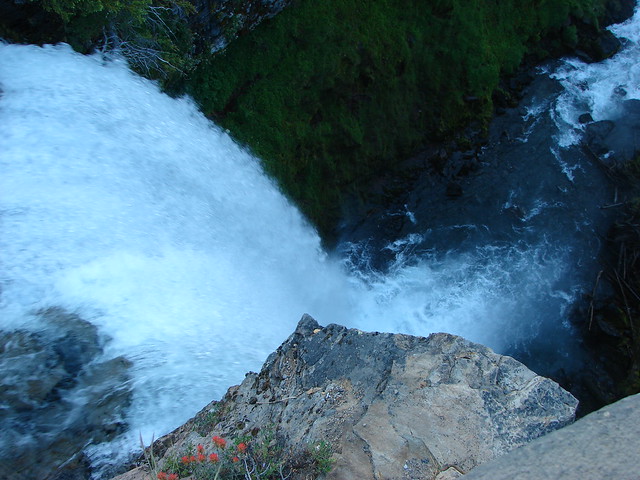 The beauty of the falls and the easy access make it a very popular destination but we were there early and had the view to ourselves. Most people turn back after reaching the upper viewpoint but we continued on the North Fork Trail further into the forest. 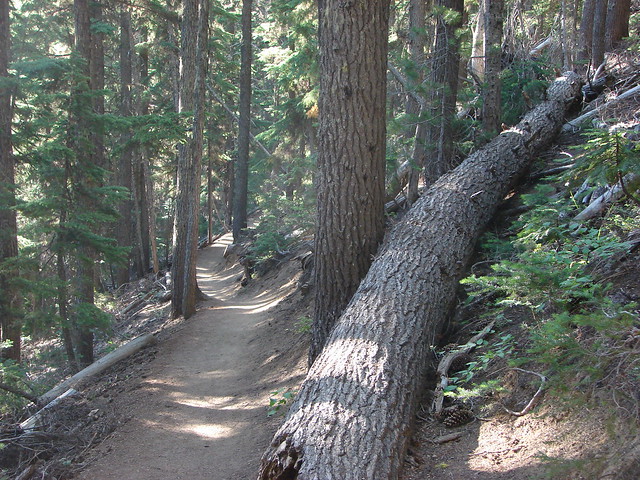 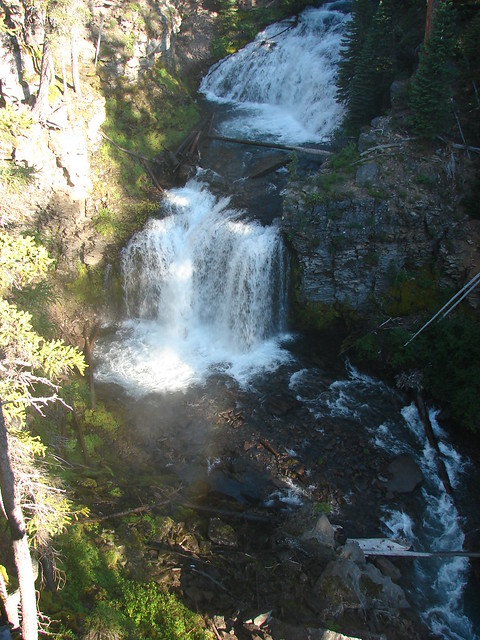 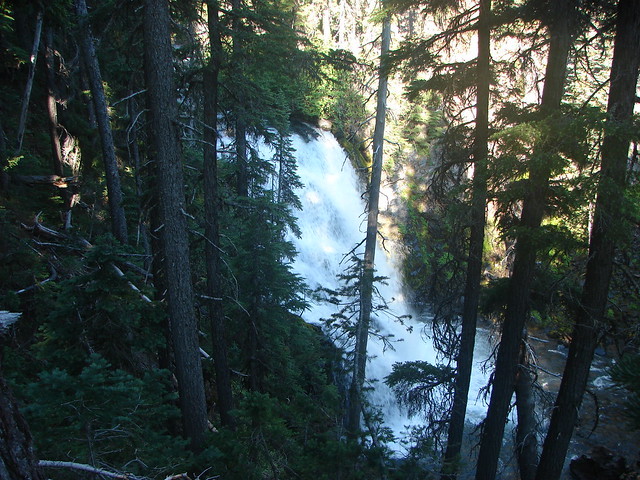 After passing a spring the trail crossed the Middle Fork Tumalo Creek on a footbridge. 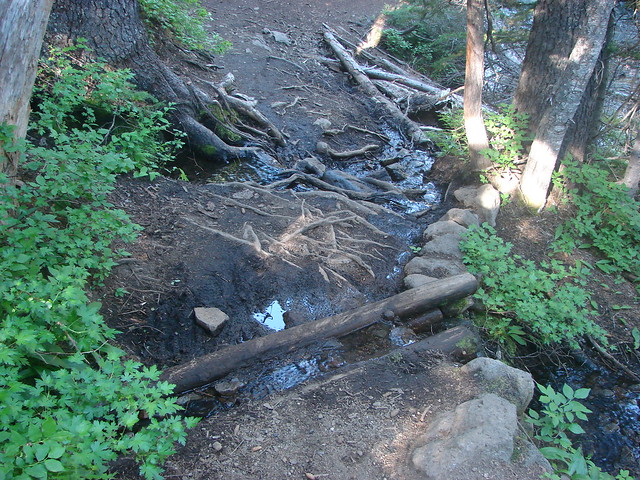 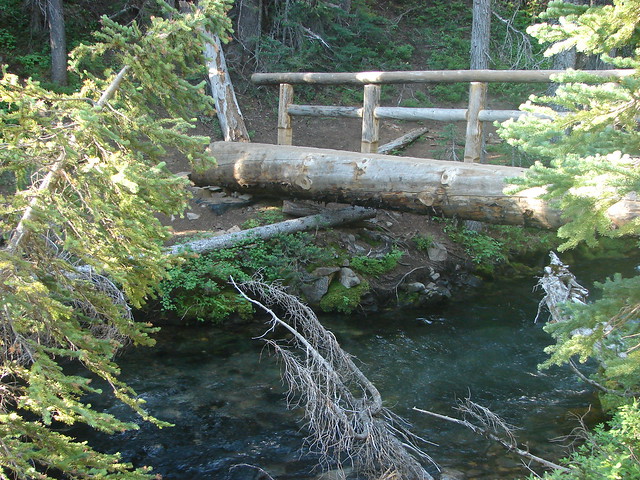 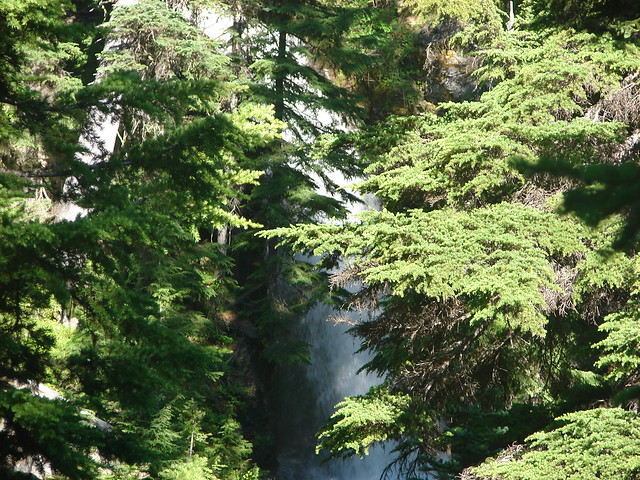 After returning to the North Fork Trail we continued to follow the Middle Fork Tumalo Creek passing several more nice waterfalls. The names of some of which we are not certain of. 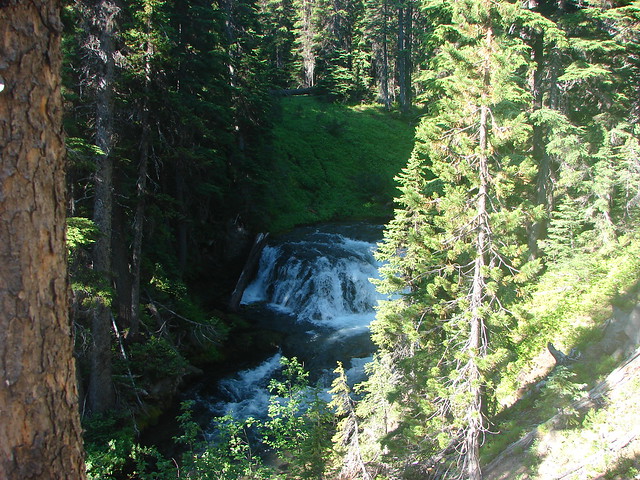 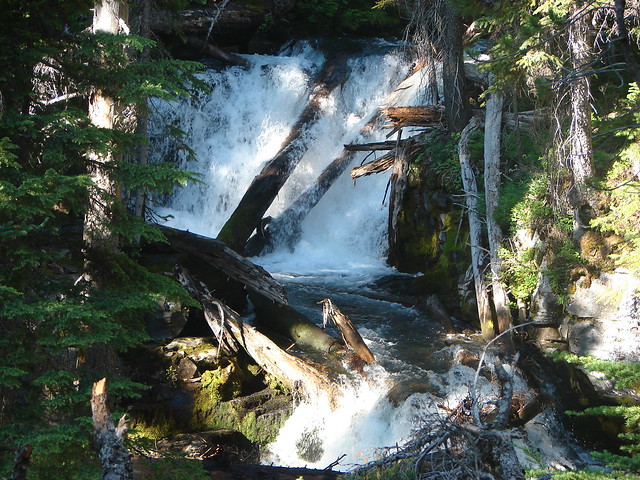 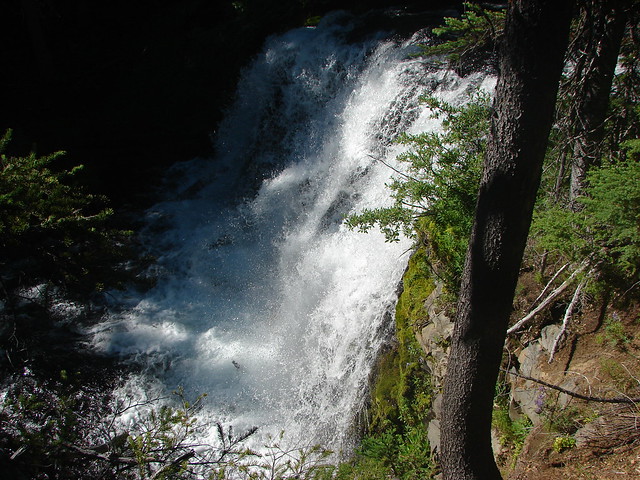 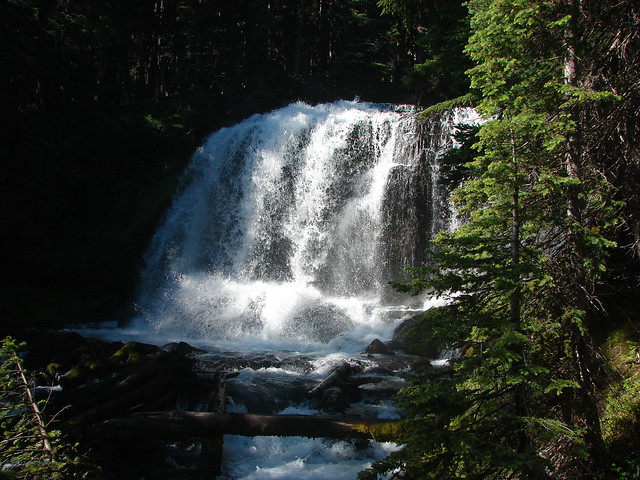 Shortly beyond Middle Fork Tumalo Falls we arrived at a junction with the Swampy Lakes Trail which we turned left on and promptly crossed the creek on a log. 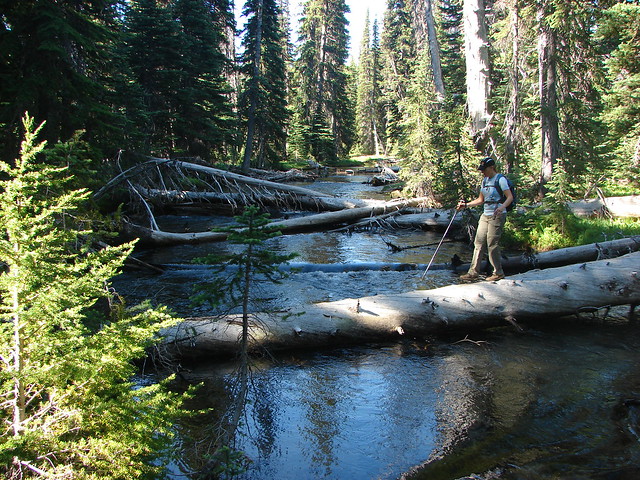 From this trail we could see part of snowy Tam McArthur Rim where the headwaters of Tumalo Creek originate. 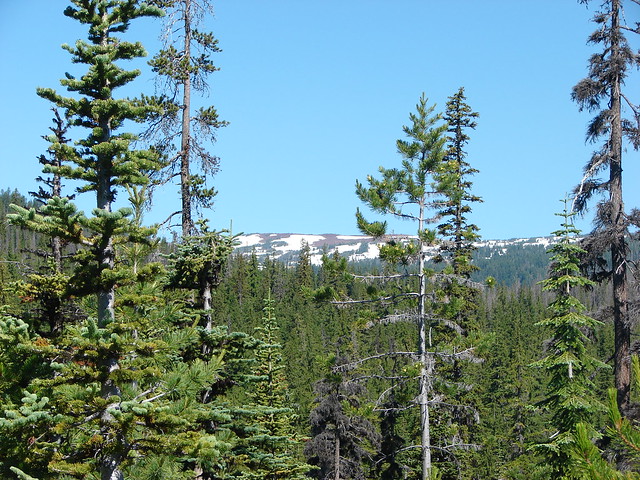 We followed the Swampy Lakes Trail just over 2 miles from the creek crossing to a junction with the Bridge Creek Trail where we turned left along Bridge Creek to complete the loop. One final waterfall awaited along this final 1.3 mile section – Bridge Creek Falls. 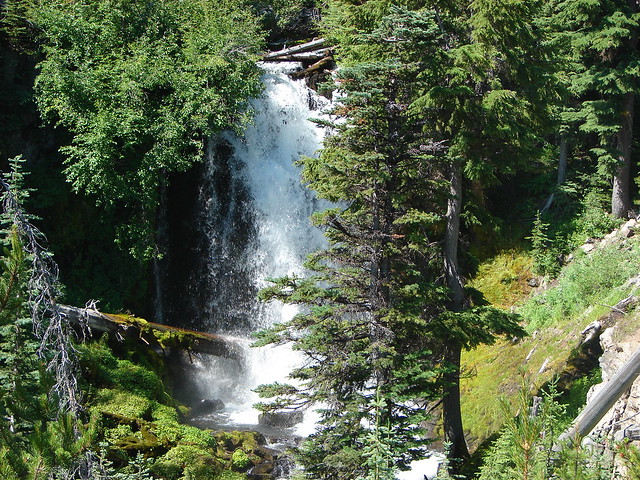 A moderate to easy hike the loop is a great option for waterfall lovers spending time in the Bend area. Happy Trails!