We took advantage of a favorable forecast and headed out for our February hike to visit a pair of coastal waterfalls and then the beach near Neskowin.  We’ve had a lot of snow and rain this winter making it a good time to catch the waterfalls assuming you can reach them.  The storms have left their mark on some of the trails and roads so we weren’t sure what to expect as we prepared to head out, but a quick check of the Forest Service website listed the Niagara Falls Trailhead as open so we were optimistic.

The Niagara Falls Trailhead is located east of Mt. Hebo in the Siuslaw National Forest. There was good signage along the route which took us  5 miles east of Blaine, OR on Upper Nestucca Road (Forest  Road 85) where we turned right onto Niagara Road (Forest Road 8533). A small herd of elk were grazing in the field at this turn. 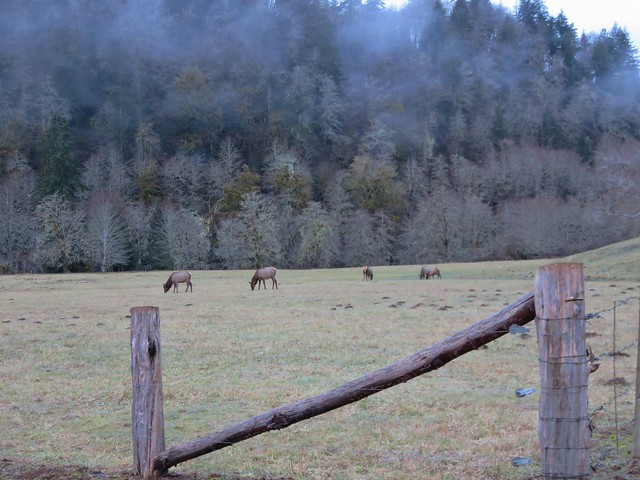 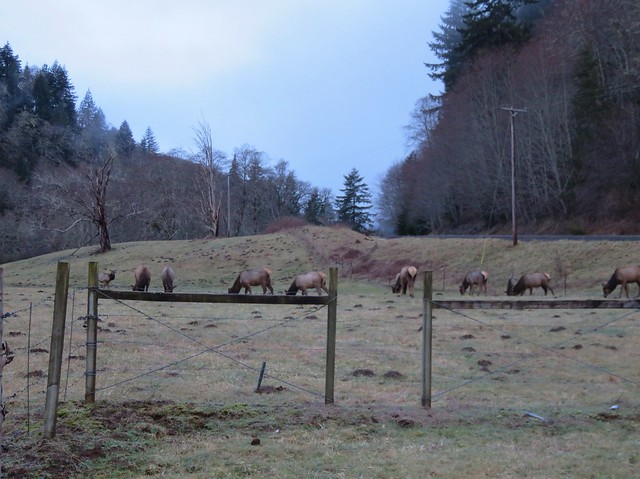 We followed this gravel road for 4.3 miles. The road was in pretty good shape and had obviously been cleared recently. At the 4.3 mile mark we forked right following signs for the trail for another .7 miles to the trailhead. 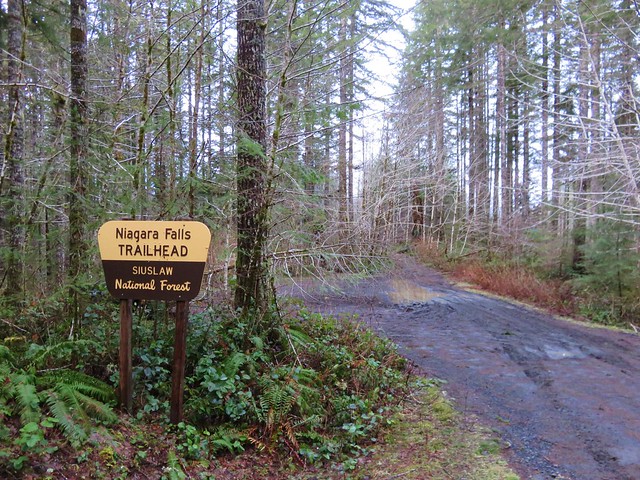 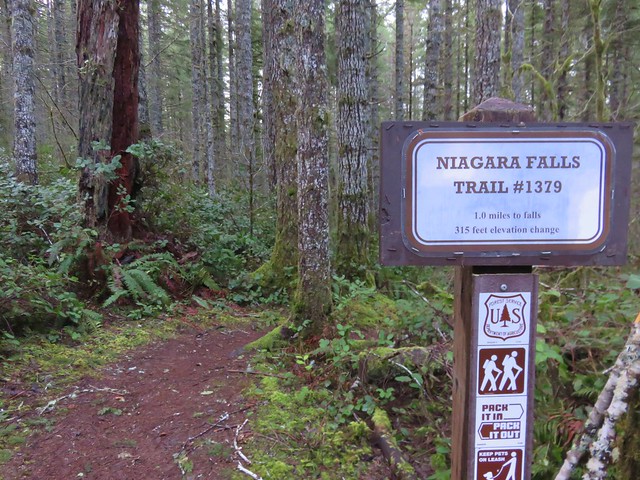 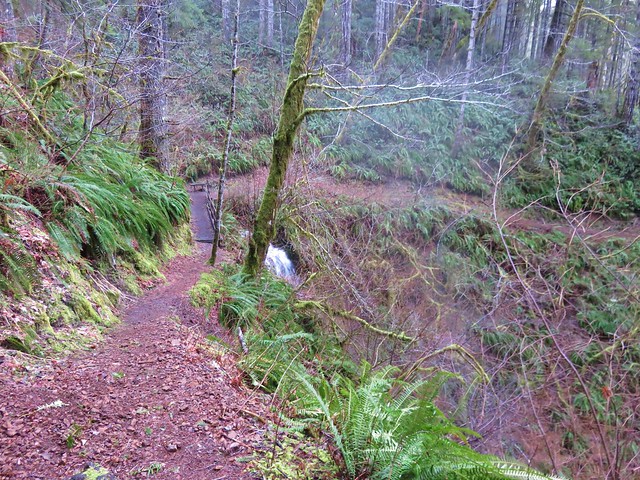 This small creek was flowing well enough to create its own decent, albeit hard to see little fall. 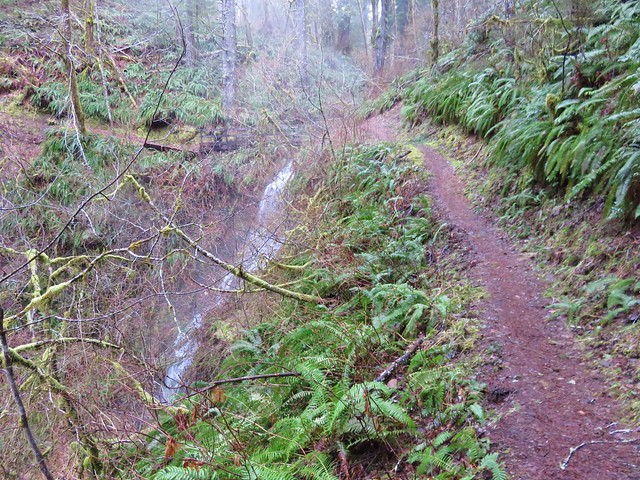 As the trail leveled out along Pheasant Creek the first fall to come into view was Niagara Falls. 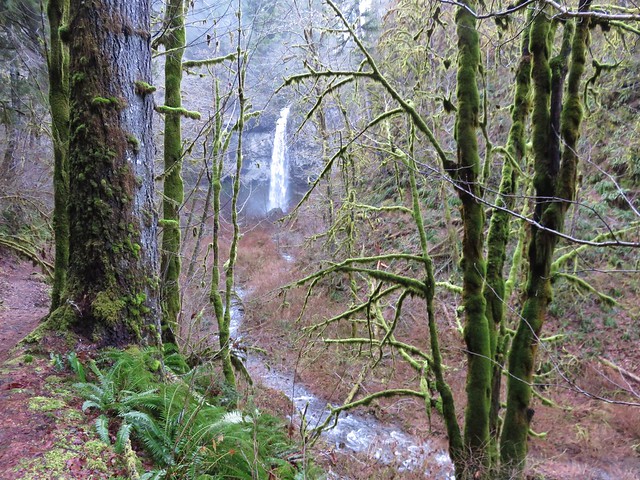 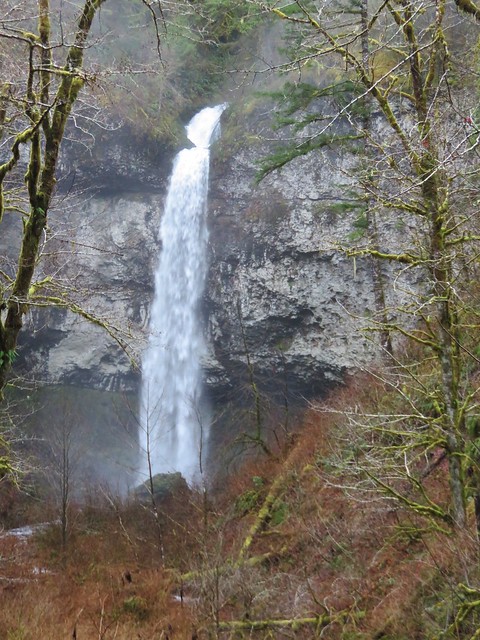 As the trail neared Niagara Falls an opening to the left revealed Pheasant Falls. 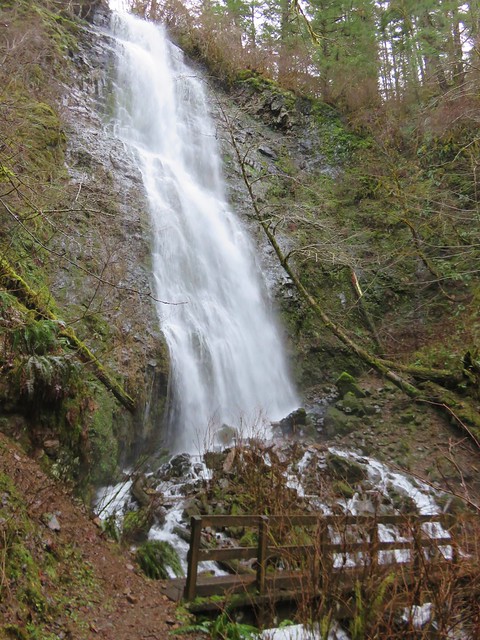 A footbridge below Pheasant Falls brought us to a picnic table at the end of the Niagara Falls Trail. 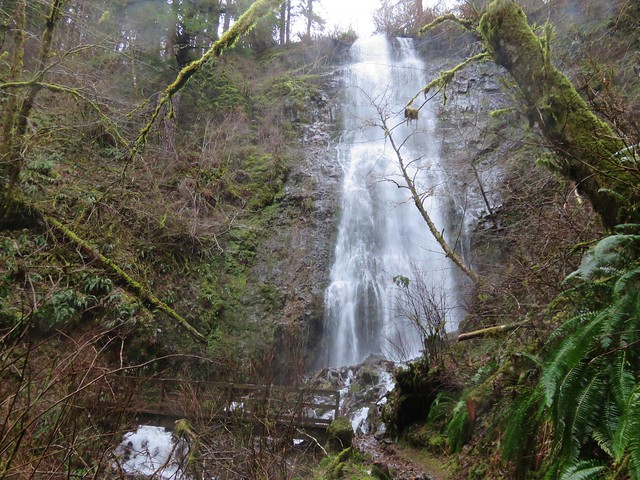 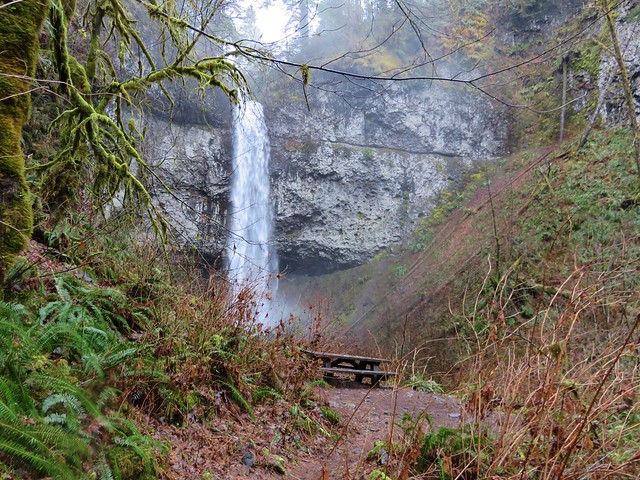 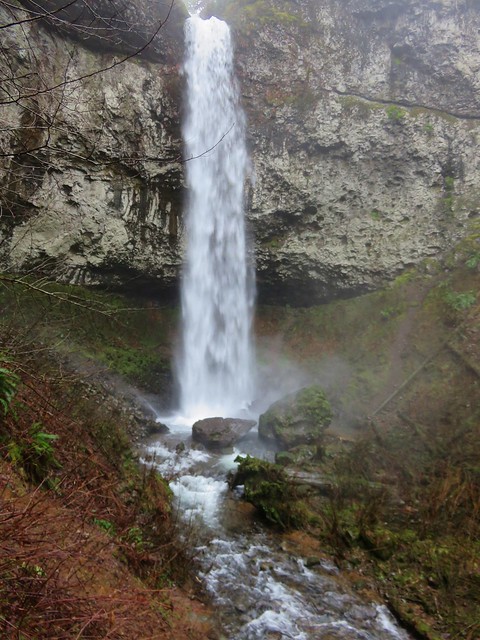 We returned the way we’d come. The 2 mile hike had been a nice warm up and now we were headed back to Highway 101 and then south to Neskowin.

We stared our second hike of the day at the Winema Road Beach Access which is located near the Wi-Ne-Ma Christian Camp. The beach access can be reached by driving .6 miles on Winema Road which is 4 miles north of Neskowin along Highway 101. 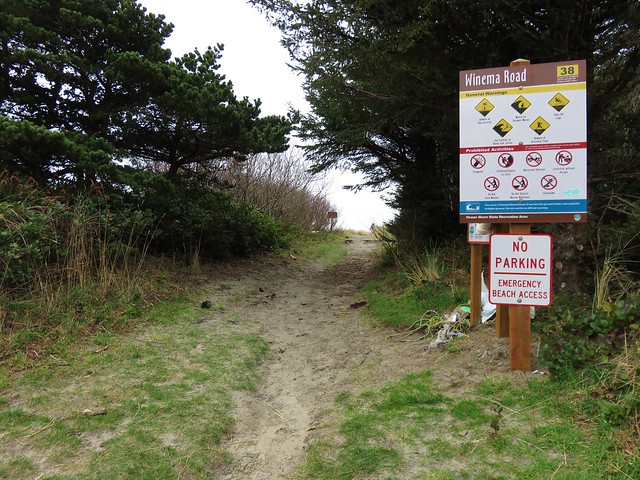 From the beach the view south extended to Cascade Head and to the north to Cape Lookout beyond Haystack Rock. 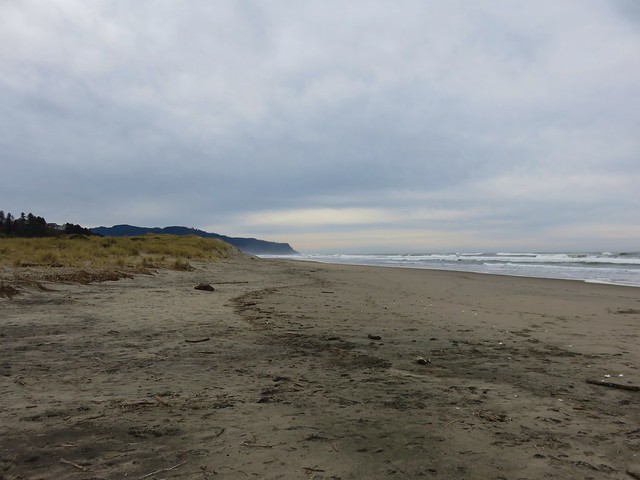 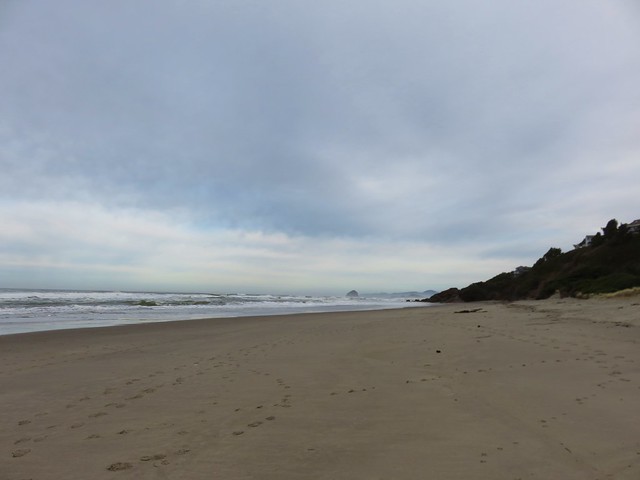 Our timing wasn’t great as it was a little before 10am when we started and high tide would be just after 12:30 so it was already coming in. This meant we would not be getting to a couple of places that would have been accessible at lower tide. We headed north first for .4 miles to some rocks jutting out onto the beach. Along the way we passed a small waterfall that we had not been expecting. 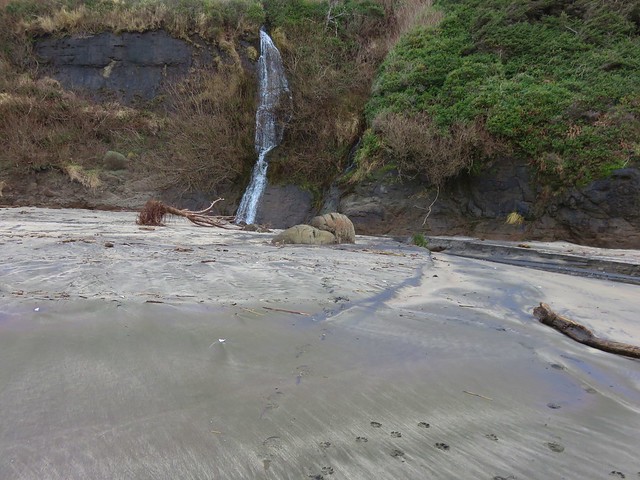 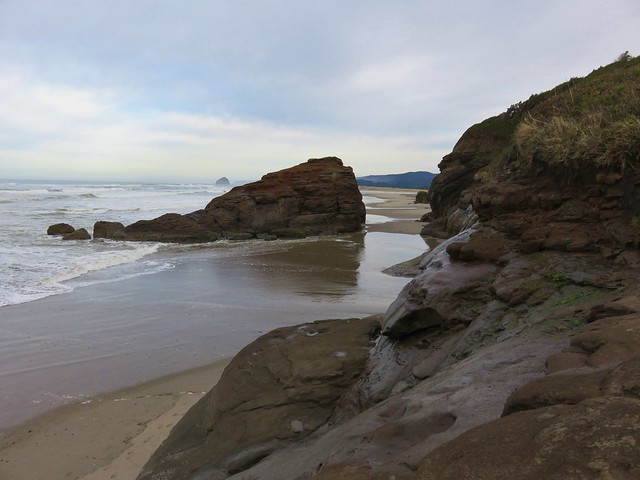 At low tide it is possible to continue .6 miles to the mouth of the Nestucca River across from Bob Straub State Park but the waves were already reaching the rocks and we knew if we continued we’d be stuck until the tide went back out so after playing around on the rocks for a minute we turned around and headed south. 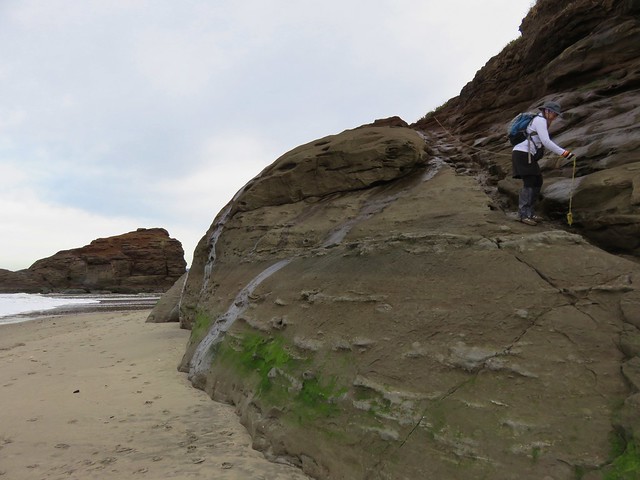 We hadn’t gone too far to the south when we reached the outlet creek of Daley Lake which wasn’t mentioned in our guidebook. The only way across was to ford the creek, but luckily it was only ankle deep and not too cold. 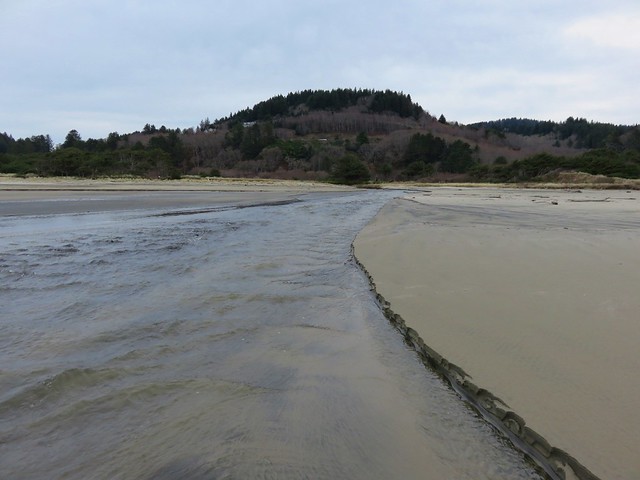 On the other side of creek was a picnic table that seemed really out of place. Heather noted that it appeared to be close enough that the ocean would reach it, although it wasn’t very close at that time. The rest of the sights were pretty typical of a beach walk. Driftwood, rocks, pieces of shells, seaweed, boats, sea birds, and lots of washed up garbage. 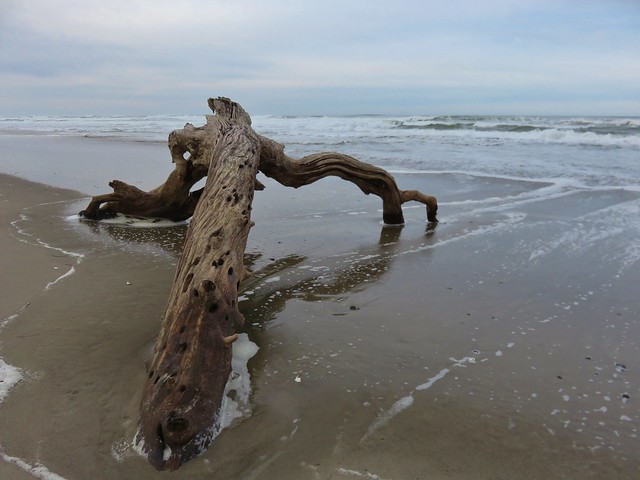 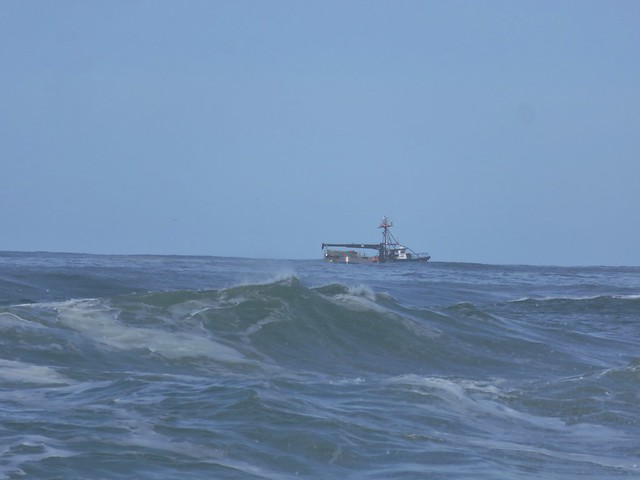 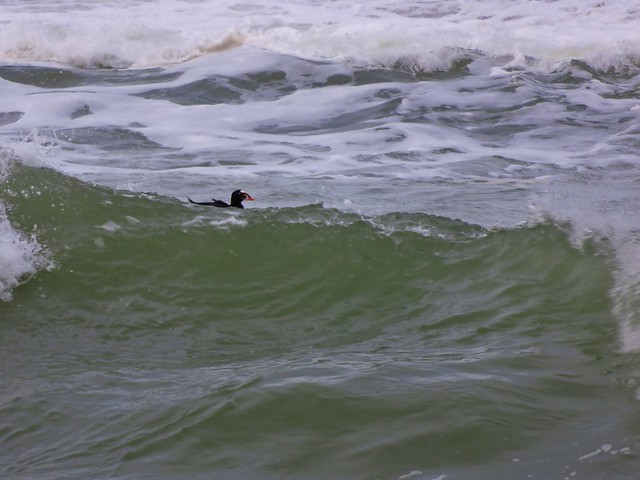 There was something we couldn’t recall seeing before though. Large numbers of pickle shaped jelly fish looking things of various sizes. 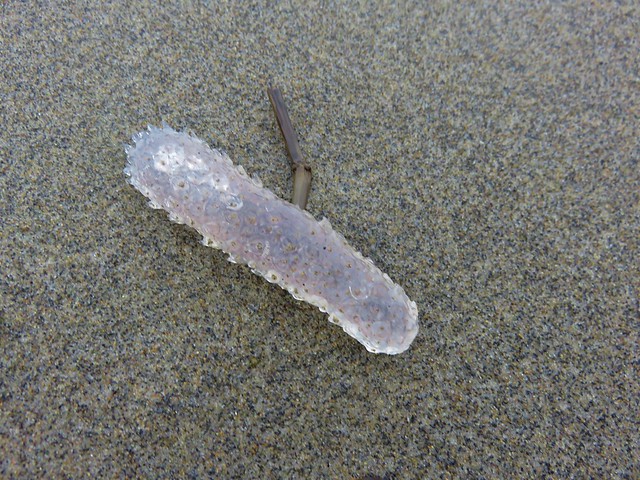 A little under 2.5 miles from the Winema Beach Access the beach became impassable due to the tide reaching the rock wall protecting the houses at Neskowin. Luckily the Mt. Angel St. access was located at the north end of the rock wall so we left the beach and walked inland to Breakers Blvd. 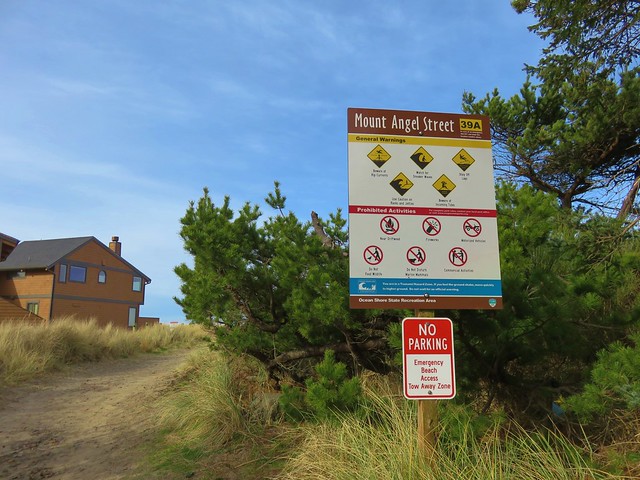 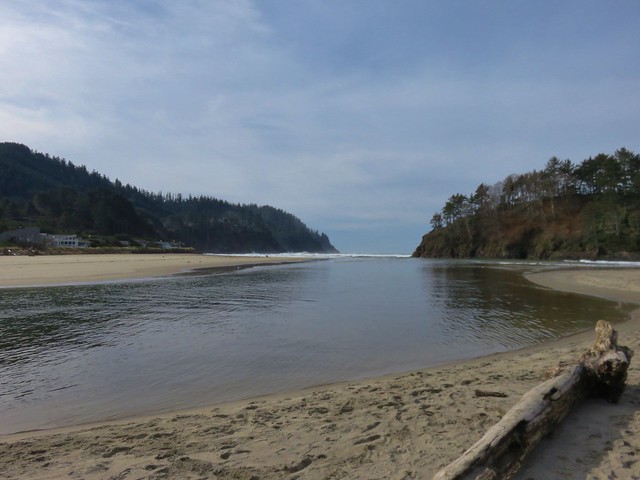 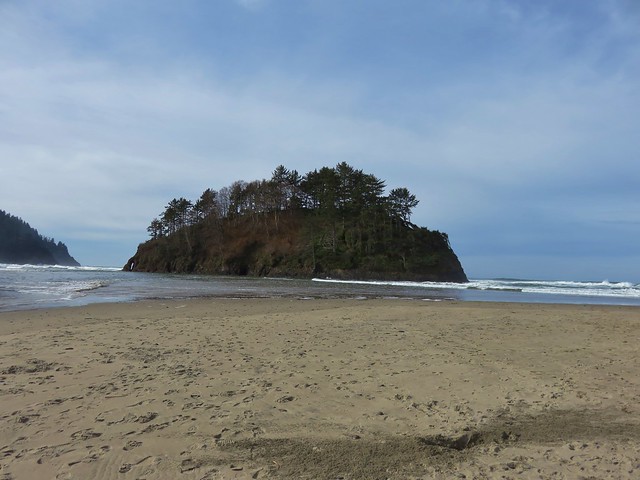 Our guidebook indicated it was possible to continue another .6 miles south to Cascade Head but the creek was far too swollen for us to ford it. Likewise we were unable to reach Proposal Rock due to it’s being surrounded by water. 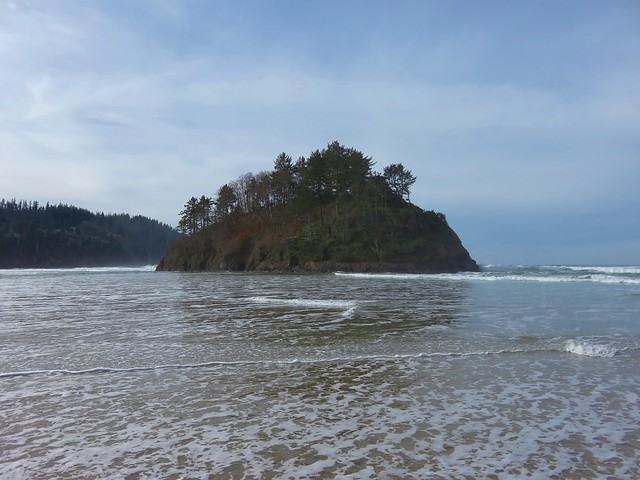 With the tide in we couldn’t walk back along the beach from there so we took the paved streets of Neskowin once again back to the Mt. Angle St. access. We then hiked back along the beach where we discovered that Heather had been right about the ocean reaching that odd picnic table. 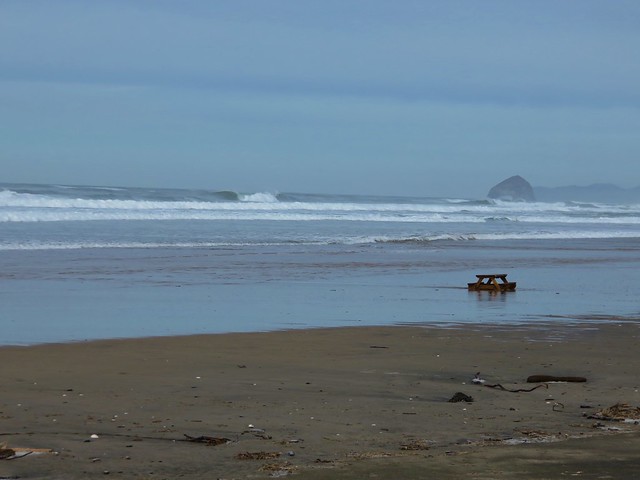 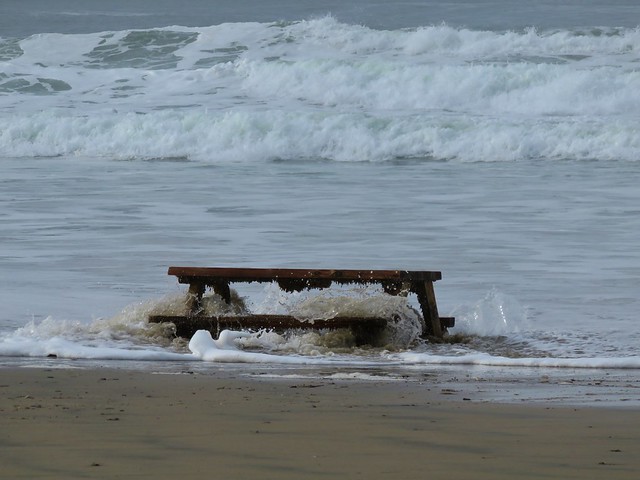 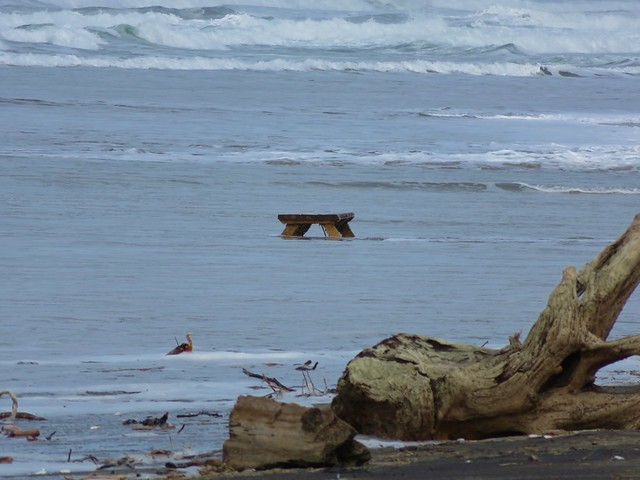 You just never know what you’re going to see along the Oregon Coast. Happy Trails!

2 replies on “Niagara Falls and Neskowin”

[…] trail continued 2.4 miles on the far side of this road and descended to Highway 101 near Neskowin (post) but storm damage that year prompted the Forest Service to abandon that section forcing Oregon […]