On 8/2/2012, a day after our mosquito filled visit to Miller & Maidu Lakes, we were heading home. I had injured my right knee running down the trail to Miller Lake in an attempt to thwart the mosquitoes and it was feeling a little off, but I wanted to give a hike a try on the way over Santiam Pass.

We decided to try Patjens Lakes due to it being relatively short, right around 6 miles, with only 400′ of cumulative elevation gain. The trailhead is located on the NW side of Big Lake off of Forest Road 2690 which is also the entrance road to the Hoodoo Ski Area. 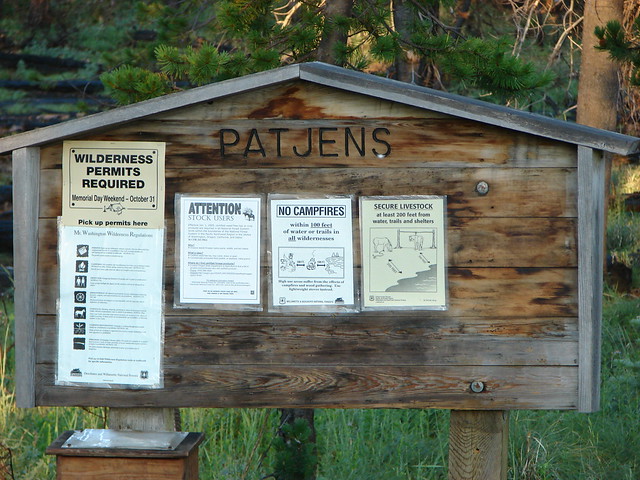 We stayed right at a fork near the trailhead planning on doing a counter-clockwise loop. A 2011 wildfire had burnt much of the forest along the loop but signs of life were already returning. 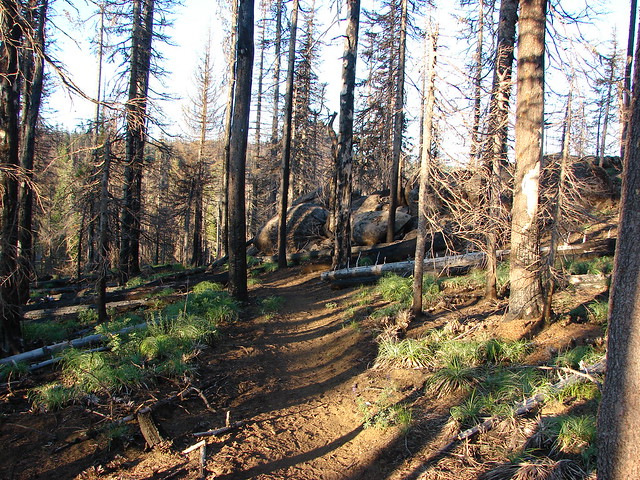 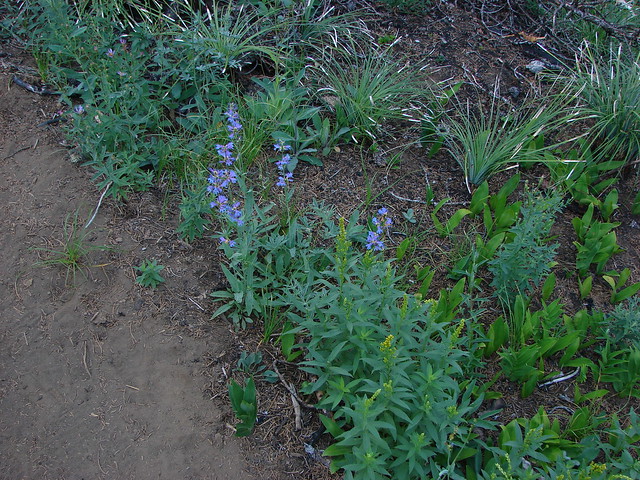 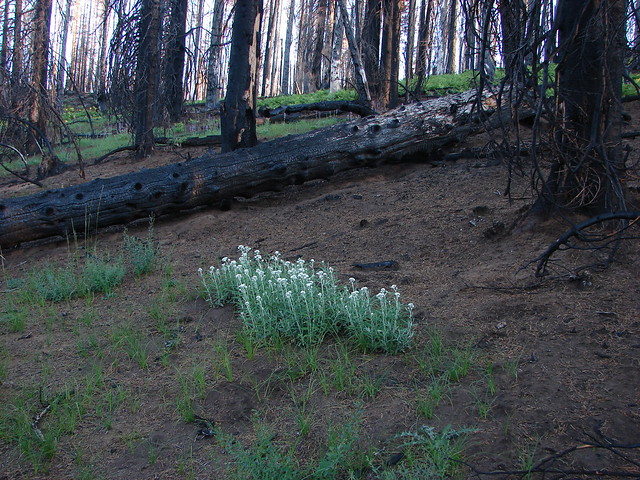 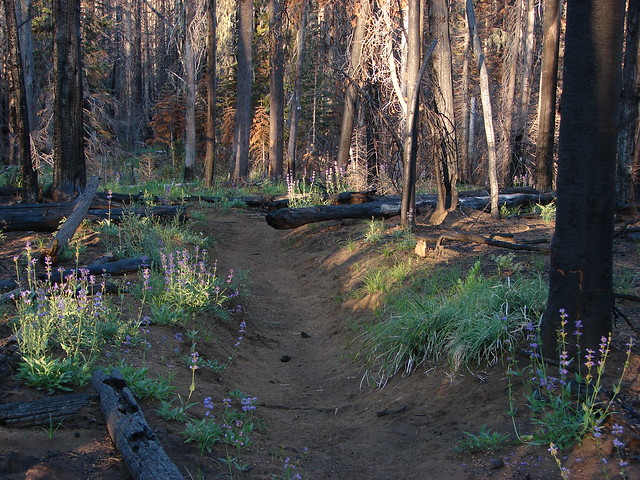 Mt. Washington and Big Lake were visible along the first portion of the trail. 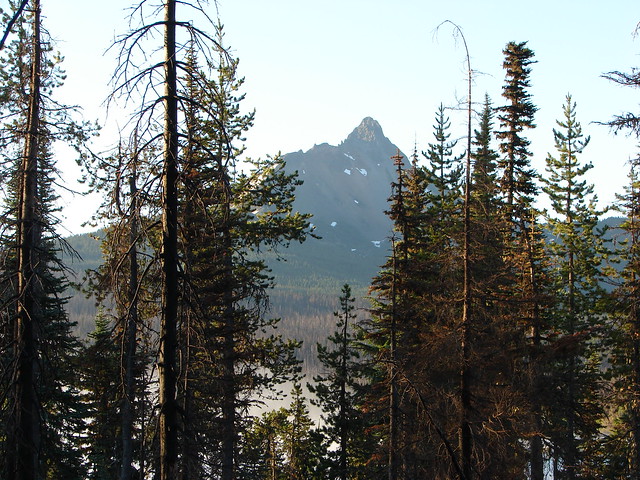 The trail looped around a small butte passing a series of meadows and view to the NW of the Sand Mountain Lookout. 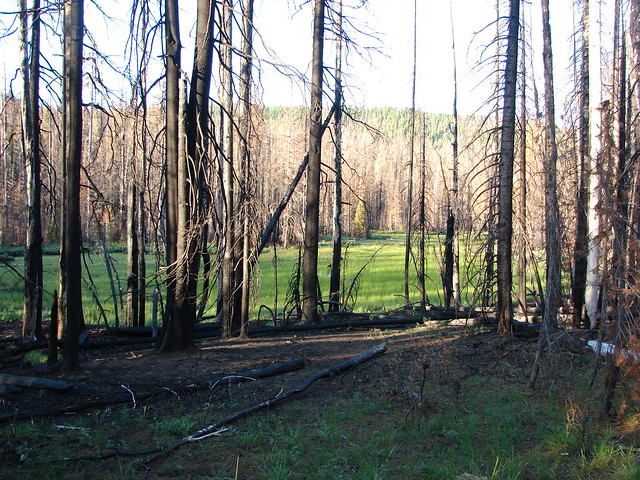 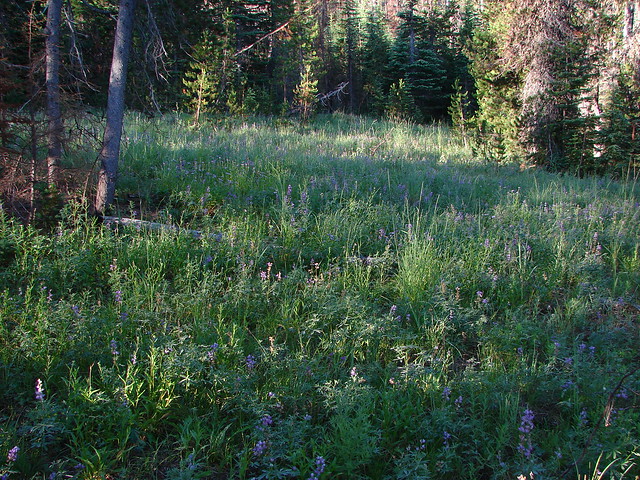 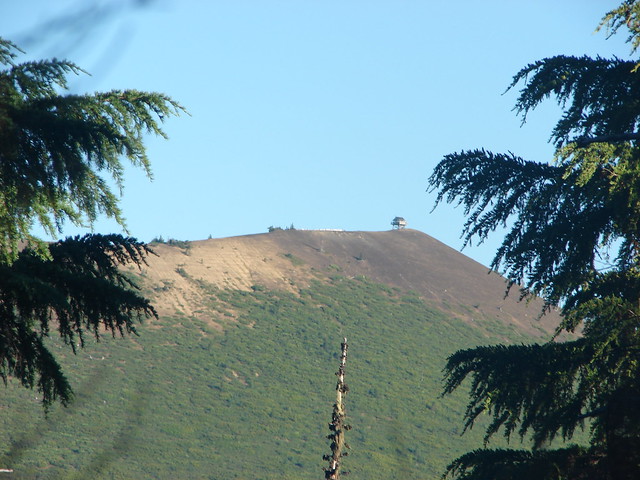 Shortly after passing a horse trail joining on the right the we entered the Mt. Washington Wilderness and began the only real significant climb of the hike. 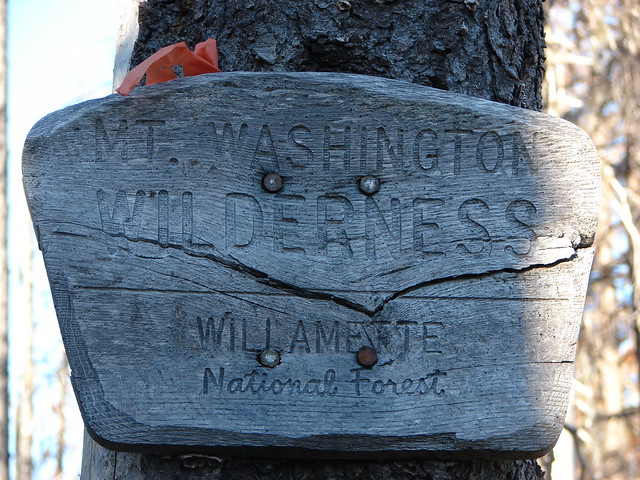 The trail climbed to a saddle between the butte and a small hill. At the saddle the Three Sisters were visible to the south. 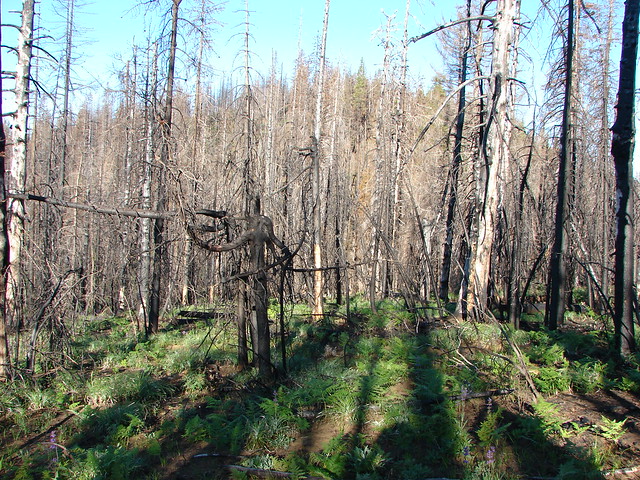 Small hill from the saddle. 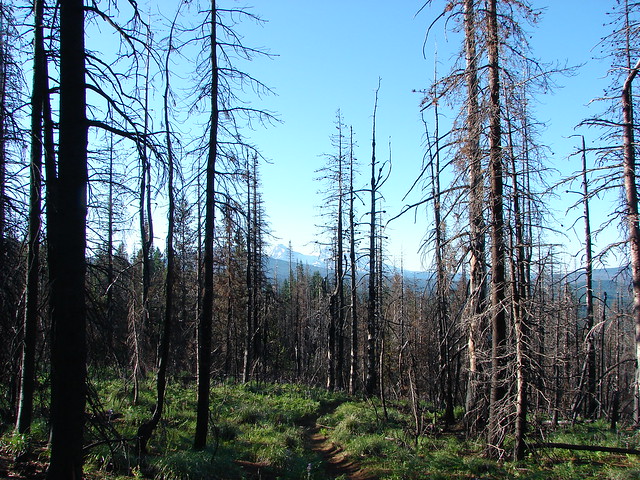 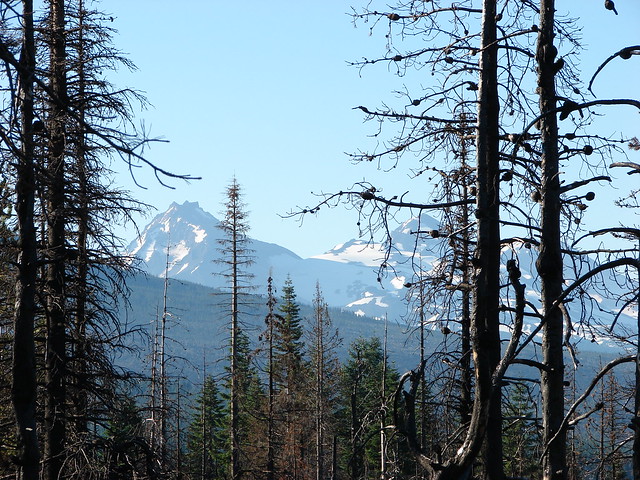 As the trail descended from the saddle it entered forest that had been spared by the fire. 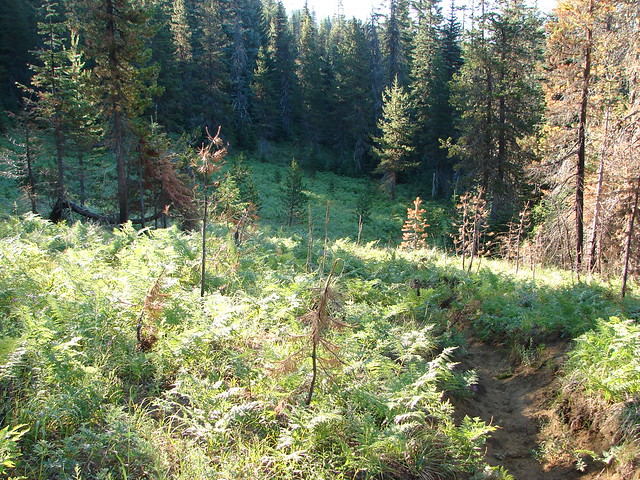 We passed through a series of meadows full of ferns and scarlet gilia. 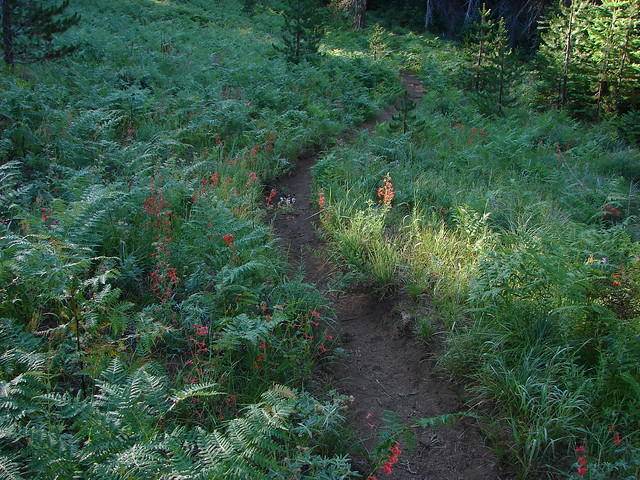 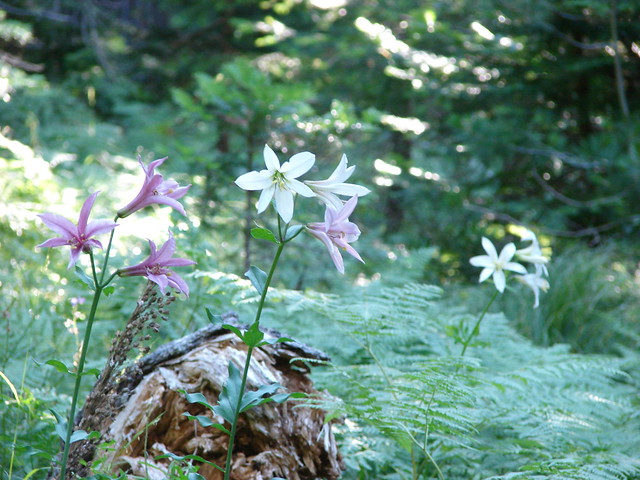 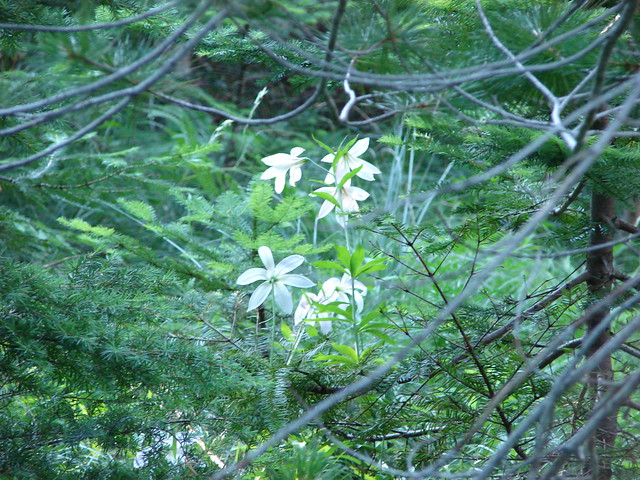 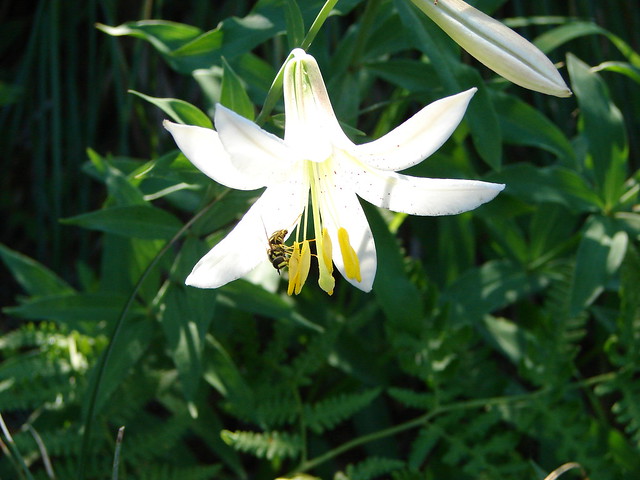 As we were passing through one of these meadows we encountered a foul reek. There was obviously some sort of rotting carcass out in the brush but we couldn’t see anything. We were a little concerned that it might have been a mountain lion kill or that a bear might be feeding on it so when we heard a ruckus off to our right we were on high alert. The noise turned out to be a pair of turkey vultures who had apparently located the dead animal. 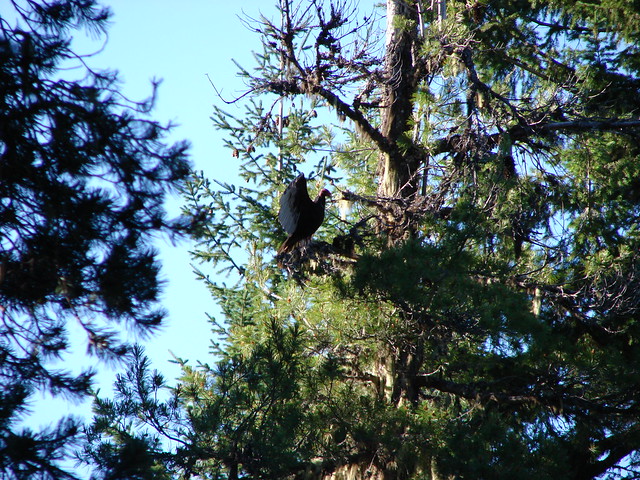 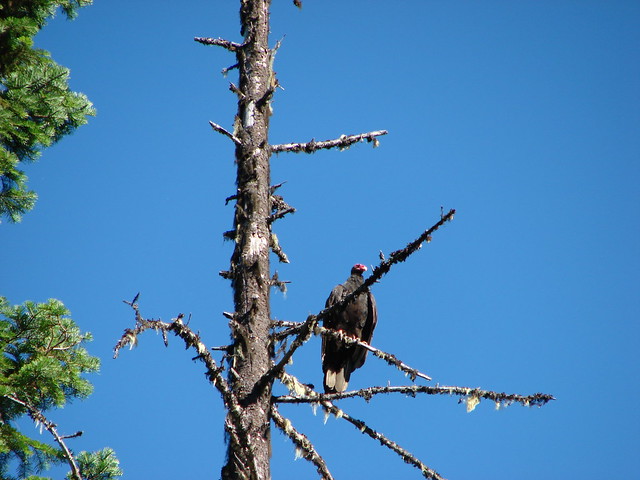 We left well enough alone and continued on our way paying extra attention for any large predators that might have been attracted by the smell. Around a mile from the saddle we came to a small body of water on the right side of the trail. 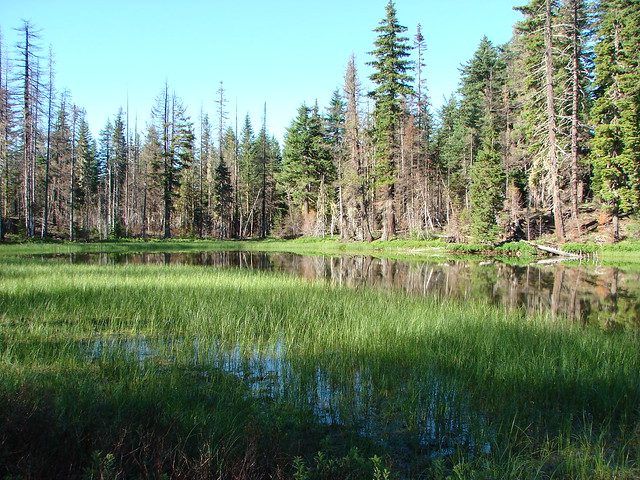 The first Patjens Lake was approximately .7 miles from the pond on our left. 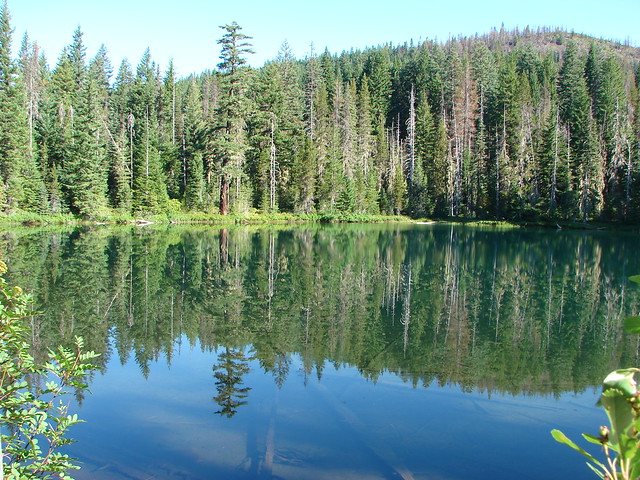 The trail then passed a large meadow reentering the burn area before reaching the second Patjens Lake. 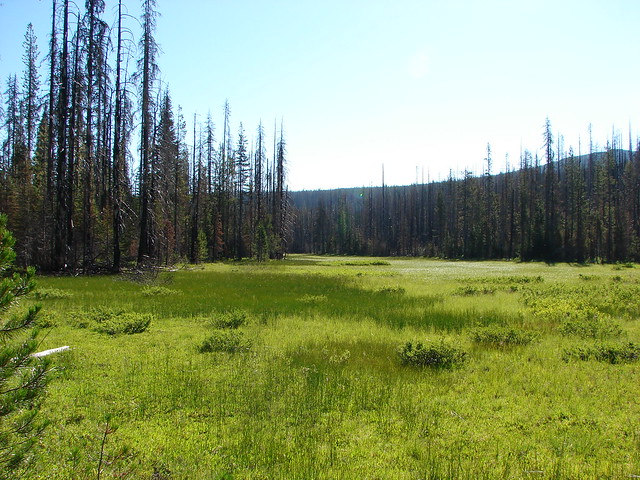 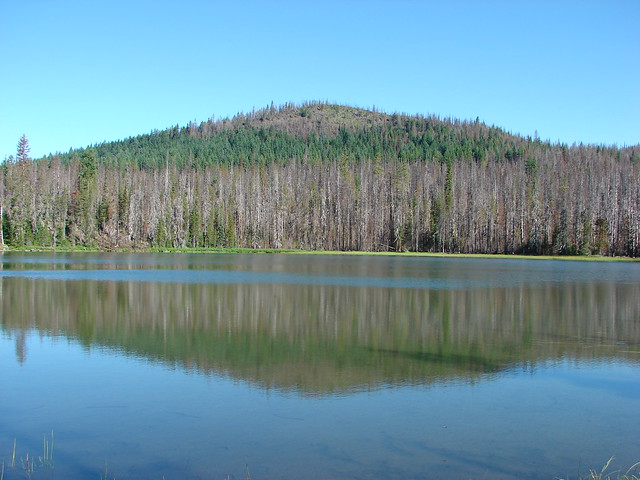 The third lake was just beyond the second and it looked like they were probably connected for a brief times during high water. We left the trail and began to loop around the third lake in a clockwise direction. 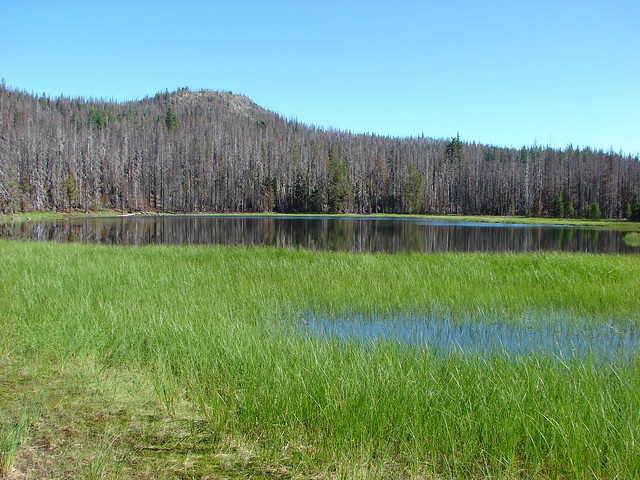 A number of ducks could be seen in the reeds. 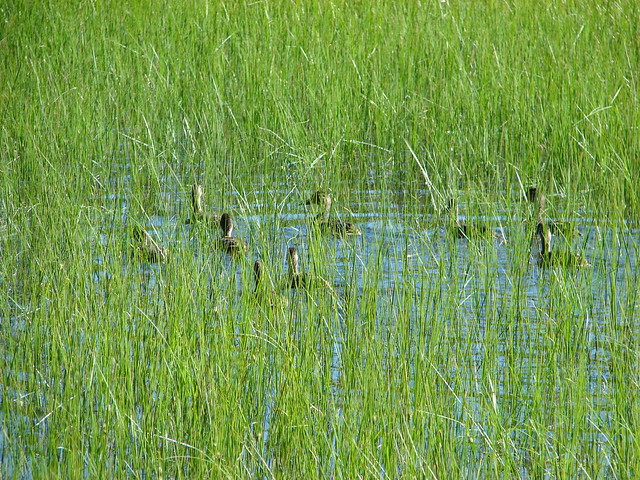 From the north end of the lake there was a nice view of Mt. Washington rising over the forest to the south. 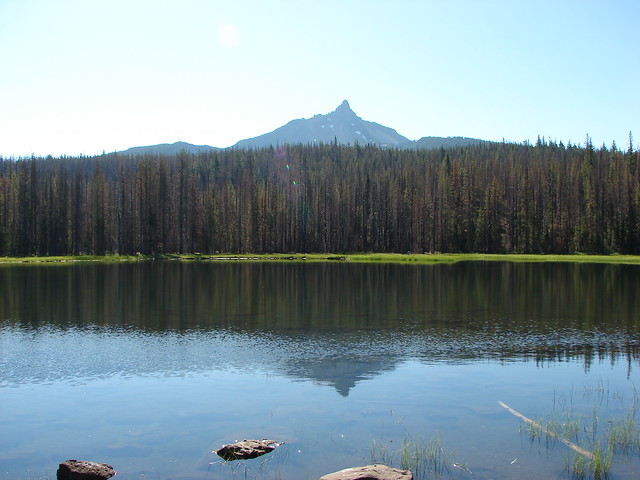 We took a break here watching the ducks and admiring the mountain then continued around the lake back to the trail. A mile and a half from the last lake we came to a junction near Big Lake where we turned left following the lake shore back toward the trailhead. Flat Hayrick Butte and round Hoodoo Butte rose above the blue waters of Big Lake. 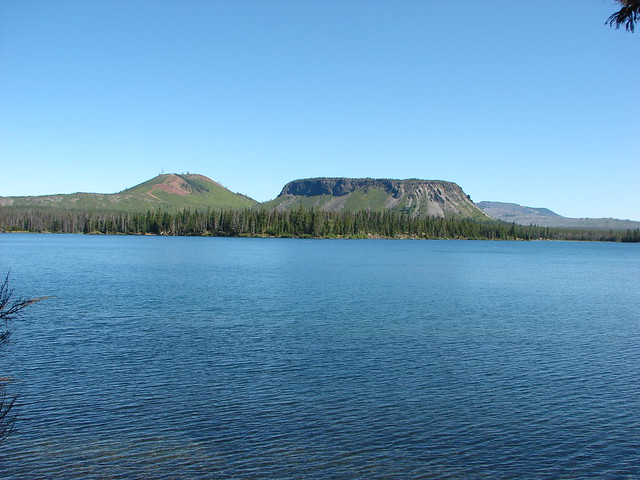 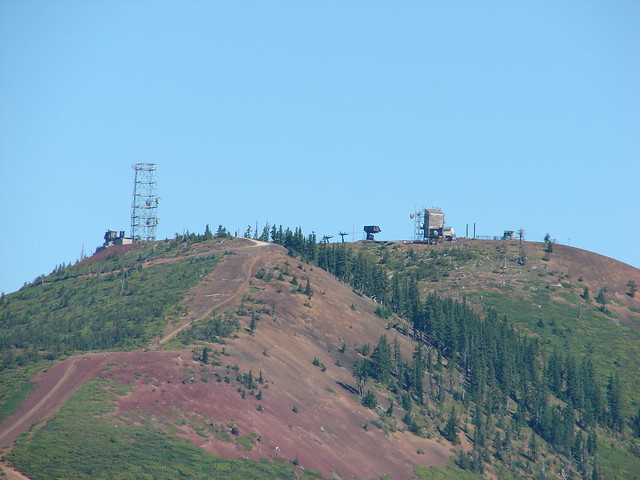 Looking back over our shoulders provided big views of Mt. Washington. 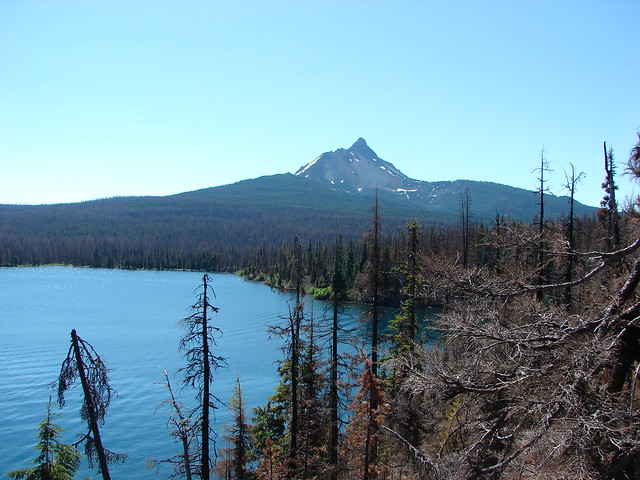 A mile from the junction at Big Lake we were back at the trailhead. Despite a little discomfort going downhill my knee had held up which was encouraging. The hike had been a good choice for it and it had been a really nice hike even with the burned forest. Happy Trails!